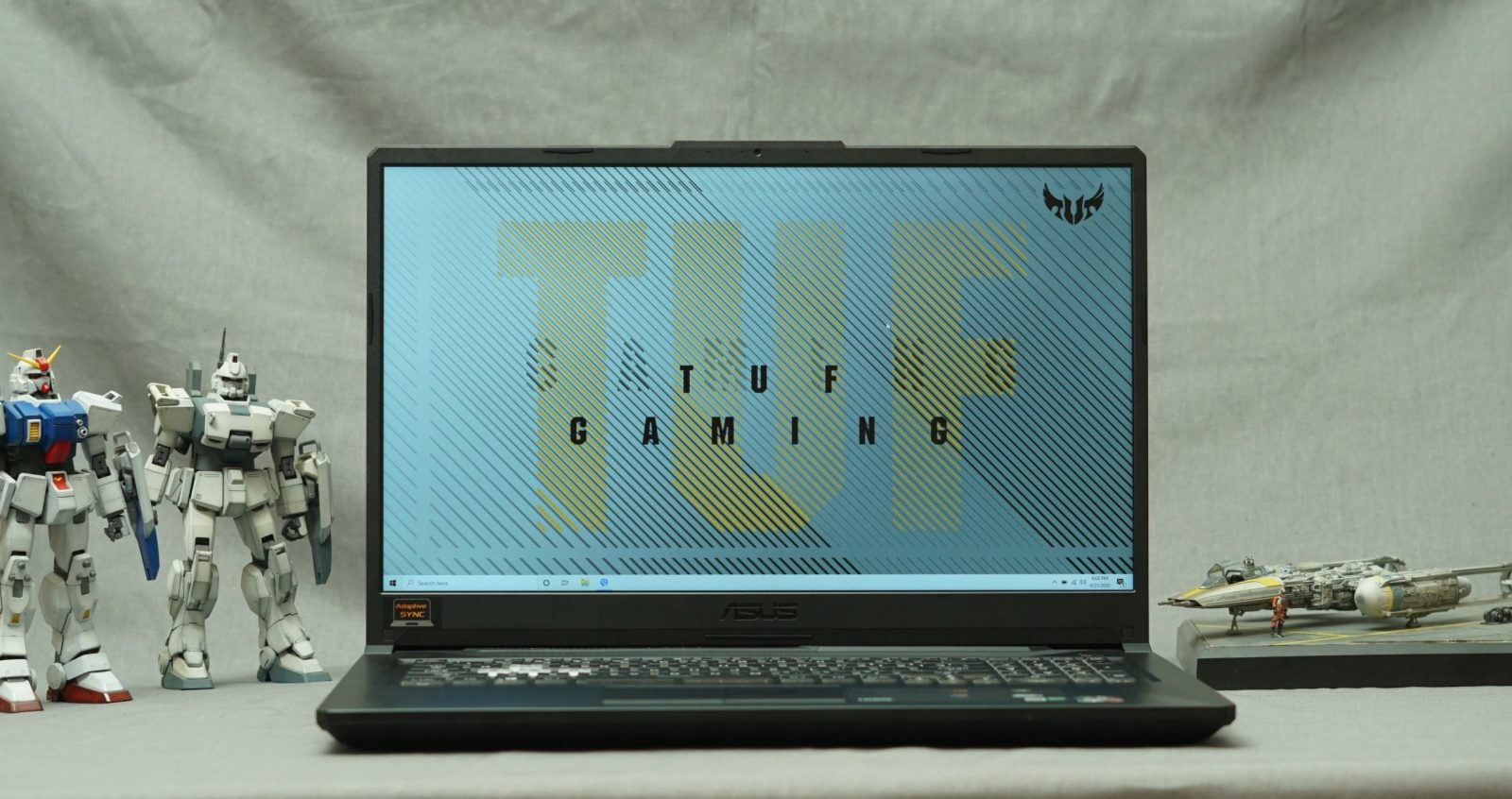 ASUS’ TUF series of notebooks have traditionally been aimed at users who still want a solid gaming notebook with the ASUS name but don’t want to shell out big bucks for the company’s more expensive ROG lineup.

The newly refreshed 17-inch TUF A17 model gets a spiffy new exterior, AMD’s new Ryzen mobile processors, as well as a MIL-STD-810H certified chassis. Unfortunately, you’re not getting anything better than NVIDIA’s GTX 1660ti for discrete graphics which is a bummer, but I’m assuming this is to differentiate the TUF line from the pricier Zephyrus lineup. The biggest change for the A17 from the previous generation is the liberal use of metal on the chassis, especially for the lid. The previous-generation model used quite a lot of plastic in its construction, which meant that it flexed harder and more often than a bodybuilder competing for the Mr. Universe crown. The lid on the A17 is metal like we said, with metal hex screws placed on the corners of the lid to accentuate the new material. The new notebook is also slimmer and thinner than the previous iteration, though it’s still pretty hefty at 2.7 kilos. Overall construction is good, though take note that there are still parts of the chassis that are still made of plastic, so there’s still some amount of flex in the body, specifically in the middle of the keyboard area.

ASUS says that the TUF A17 (and their entire TUF gaming series line) meet or exceed MIL-STD-810H standards, which means the design is subjected to a myriad of punishing tests before it’s approved for final production. This means the TUF A17 is as tough as its namesake suggests. Because of the TUF A17’s overall size, there’s plenty of space on chassis for USB ports, be it Type-C or otherwise. There are a total of three USB Type 3.0 connectors (two on the left and another one on the right), a USB Type-C 3.2 Gen. 2 port that can double as a DisplayPort 1.4 adapter, a full-sized HDMI port, Ethernet port, 3.5mm jack as well as the power plug.

We would have loved to have an SD card reader thrown into the chassis as well, but sadly that’s not an option for the notebook. As for the keyboard, it’s nice and big, has RGB backlight that can be controlled by ASUS’ SYNC technology, and is generously spaced thanks to the notebook’s size. Keyboard travel is generous, and the keys actually feel better to type on compared to ASUS’ more premium notebooks in their Zephyrus line. The only complaint we have is the small size of the arrow keys, which are comically tiny, considering the bulk of the notebook. ASUS’ ErgoLift hinge tech is sadly missing from the TUF A17.

The trackpad is a little undersized for how big the notebook is, but is decently responsive but it’s not going to be replacing a good gaming mouse anytime soon. The display is fast, but not accurate enough for professional work

The TUF A17 uses a 17.3-inch full HD panel with a 120Hz refresh rate and anti-glare coating applied.

The bezels are pretty narrow for a mid-range gaming notebook, which allowed ASUS to reduce the overall physical footprint of the chassis compared to a notebook with traditionally-sized bezels.

People looking to use the TUF A17 as a cheap multimedia workhorse for editing photos and videos might want to look elsewhere since the notebook only has 45% NTSC coverage, which means it’s not very color-accurate for professional work. That lower coverage isn’t that much of a factor when it comes to gaming and general use though. AMD’s new Renoir processors have proven to be solid performers in other notebooks we’ve seen them equipped in, and the TUF A17 is no exception.

The TUF A17 comes in several storage configurations that mix a lower-capacity solid-state drive with a higher capacity HDD, though RAM options are limited to only 8GB for all the variants sold in the Philippines. If you want more RAM you can always buy more and have it installed, but take note that you’ll be voiding your warranty if it’s not done by an authorized service center.

As for the GPU, you’re limited at most to NVIDIA’s GTX 1660 TI, which is unfortunate since the notebook could do so much more if it was equipped with an RTX 2060. As it stands the GPU of the TUF A17 becomes the bottleneck for the gaming notebook, and while we understand that ASUS is trying to keep the price of the device down for buyers we would have appreciated an RTX 2060 option.

An unexpected benefit of AMD’s new chipset is increased endurance when you’re not plugged in, with the TUF A17 recording around 8 hours and 23 minutes of unplugged use before needing to be charged during our video loop test. That’s an incredible performance for a gaming notebook, a product category that’s not known for battery endurance. Verdict: A great all-round notebook that can double as a productivity machine

ASUS’ newly refreshed TUF A17 is a solid, value for money notebook that’s capable of handling many mainstream games at 1080p with medium to medium-high graphical settings.

It would have been a perfect platform for content creators if the display was a little more color accurate, and its GTX 1660 TI GPU ceiling wastes the number-crunching capabilities of AMD’s new Renoir chips.

That being said, the notebook is a good choice for people looking for a good gaming notebook that can easily double as a long-lasting productivity machine, thanks to the AMD’s new power-efficient processors and the large battery inside this 17-inch laptop.