It’s not just the telco’s fault

Whenever our mobile internet tanks or craps the bed, it’s always convenient to blame whatever telco you’re currently using for your misery. But like anything in life, nothing is that simple – there’s always two sides to a story, whether we like it or not.

As much as we’d like to blame either telco for the lack of speed and generally crappy internet experience in the metro, there are other things at play here. The biggest and most problematic issue that both telcos face are the overloaded cellsites all over the metro. For people not familiar with how cell towers work, these towers basically process and receive data that’s sent to your phone. Ideally each cell site processes a limited number of subscribers and users at one time. More people in the area means more cell sites should be put up. At least, that’s the theory.

The problem here in the Philippines is that there are many, many villages (mainly affluent, executive villages) that either hamper or flat out reject the construction of cellsites in their vicinity. Unfortunately, the area that they occupy happens to be the most populated in the metro, and it’s not just the people inside that suffers – people around those areas have to settle for less than stellar connections thanks to overloaded cellsites. These villages are just the tip of the iceberg, mind you – a full list will be published by the Department of Information and Communications Technology (DICT) later this week.

And that’s just scratching the surface too. Both Smart and Globe have already complained earlier last year about the amount of red tape they have to go through to be able to put up a single (1) cell tower. It takes anywhere around 25 to 30 permits from an LGU for one to be built, with processing times taking up to 8 months. It takes 3 months to build a new one, and the fees to put these up varies from 5K to 100K.

Clearly there needs to be government intervention to help us achieve better internet. And there will be – DICT Secretary Atty. Rodolfo Salalima is asking the president to release an Executive Order that will compel LGUs to process the permits within seven days.

So if you live in any of the villages mentioned above and you have crappy mobile internet in your home, you might want to complain to your homeowner’s association before venting at the telcos on your social media platform of choice. 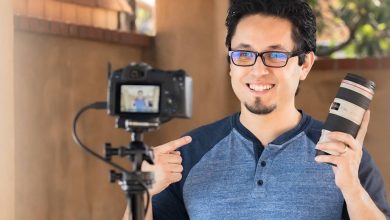