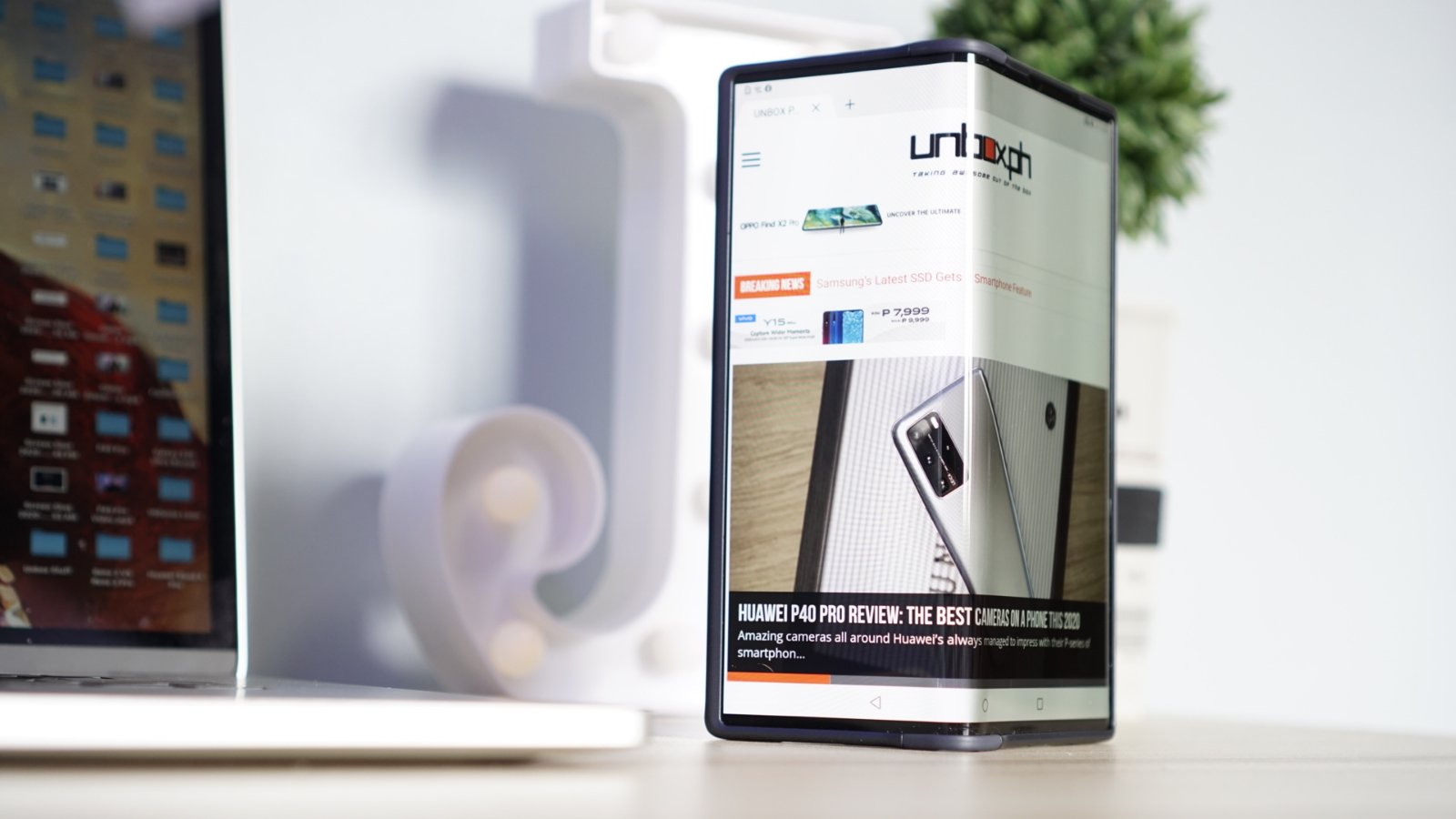 While foldable phones are still in their infancy, companies like Samsung and Huawei are forging ahead with their own versions of the phones from the future. Huawei is finally offering an upgraded version of their first foldable phone to the Philippines in the form of the Mate Xs, though you’ll have to pay through the nose to get your own slice of this massive foldable.

Huawei hopes that 5G, a reinforced hinge, a more durable display and the neat tricks that the Mate Xs will be enough to entice people with deep pockets to buy their latest foldable, which costs a cool Php 139,990 in the Philippines. Here is our Huawei Mate Xs review: 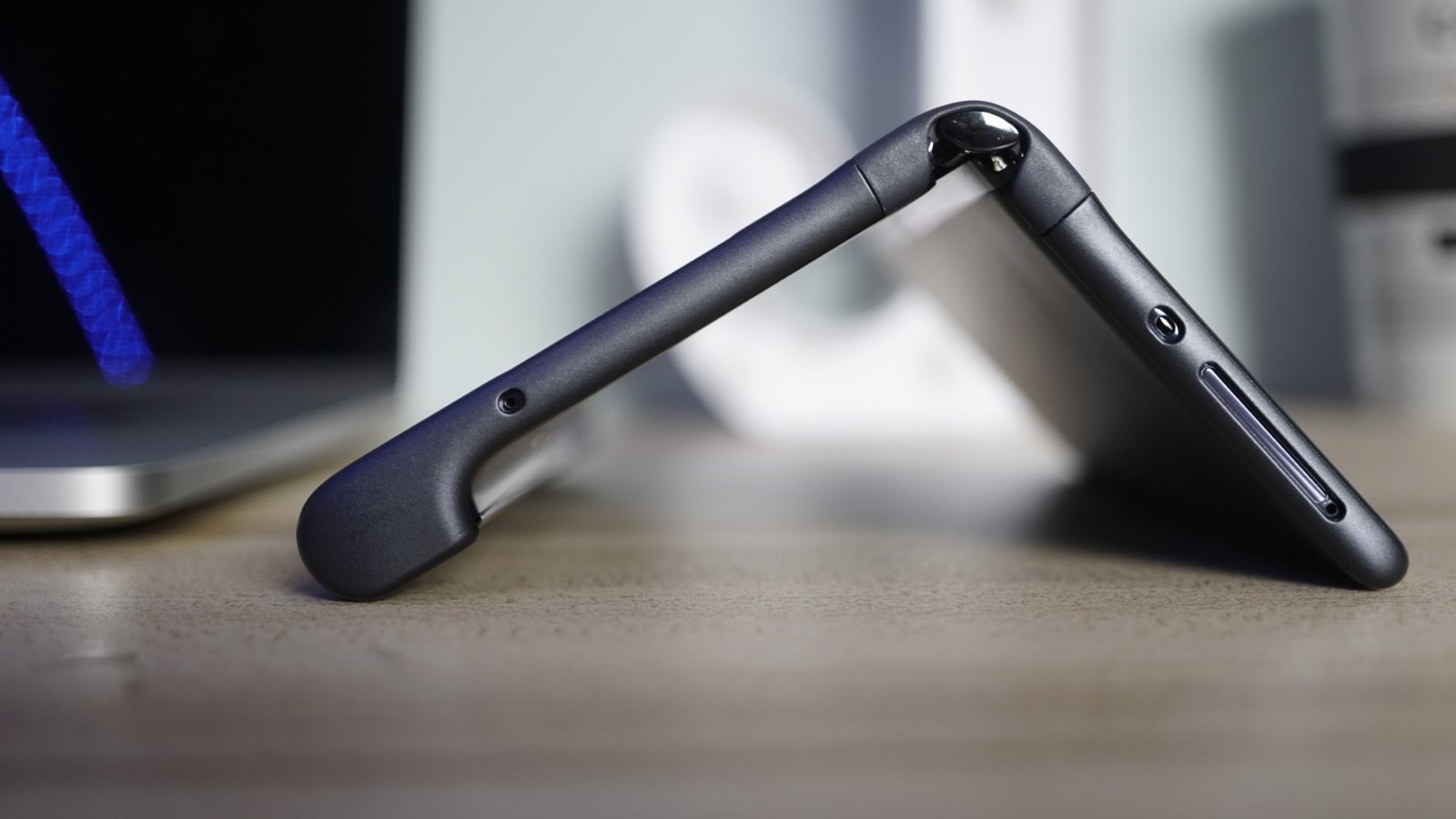 Instead of an “innie” approach which had the folding screen going inwards, Huawei’s Mate Xs uses an “outie” design that had the display on the outside, which meant it doesn’t have to use a third, auxiliary screen when the phone’s folded up.

This is one of the reasons why I gravitated towards Huawei’s design over Samsung’s, though the potential for scratches on the foldable display is greater with this approach. 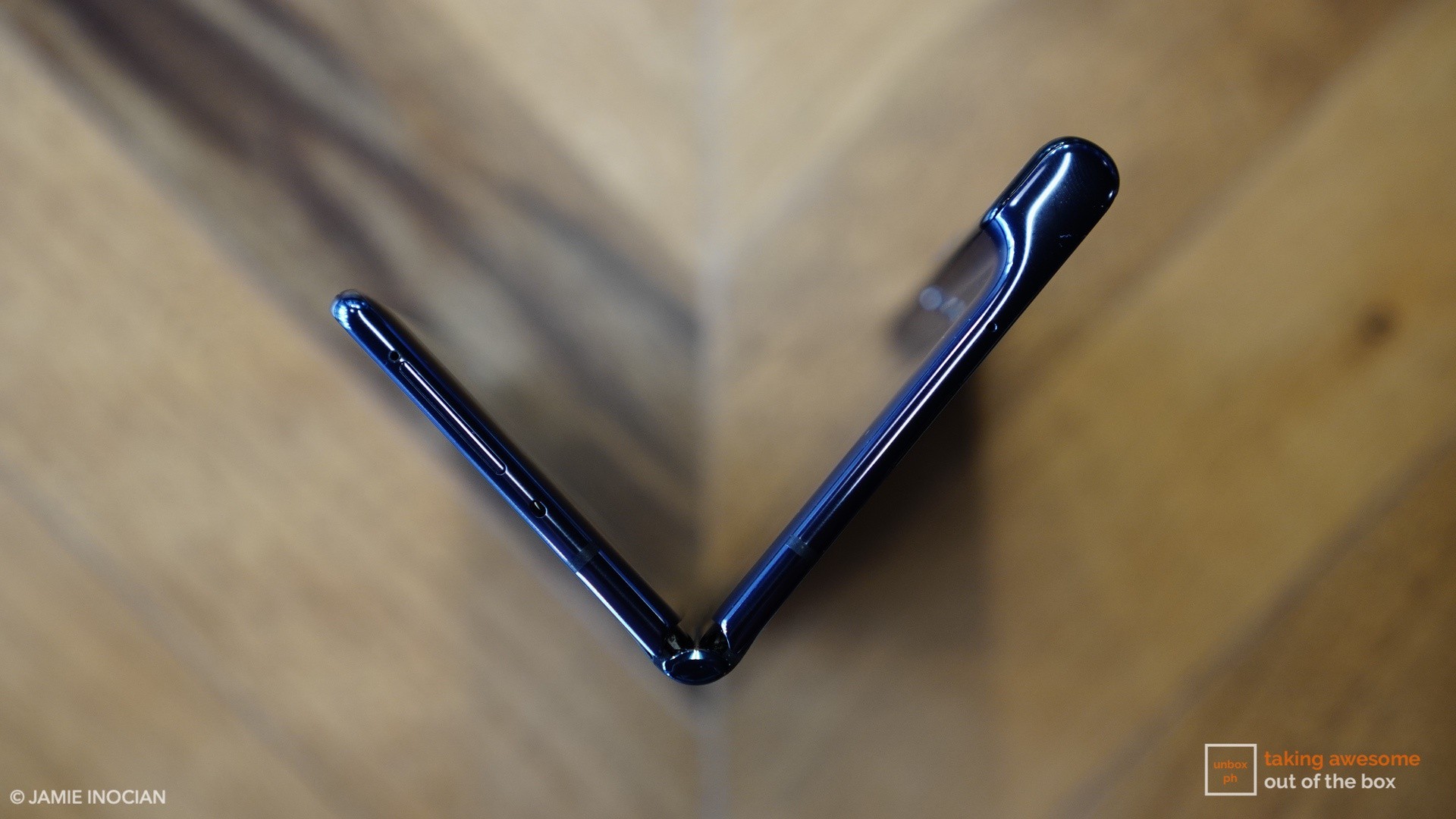 Huawei addressed this potential problem by adding a pre-applied screen protector (that you shouldn’t remove) as well as adding a double layer of polyamide for added protection.

And while there are debates that the “innie” approach is better in terms of screen longevity, you have to make the effort to unfold devices that use this design to use them in any meaningful way.

That’s not the case with the Mate Xs – since the screen is already on the outside, I can simply pick it up, unlock the device and use it as a normal smartphone, something that I couldn’t do with the Galaxy Fold. 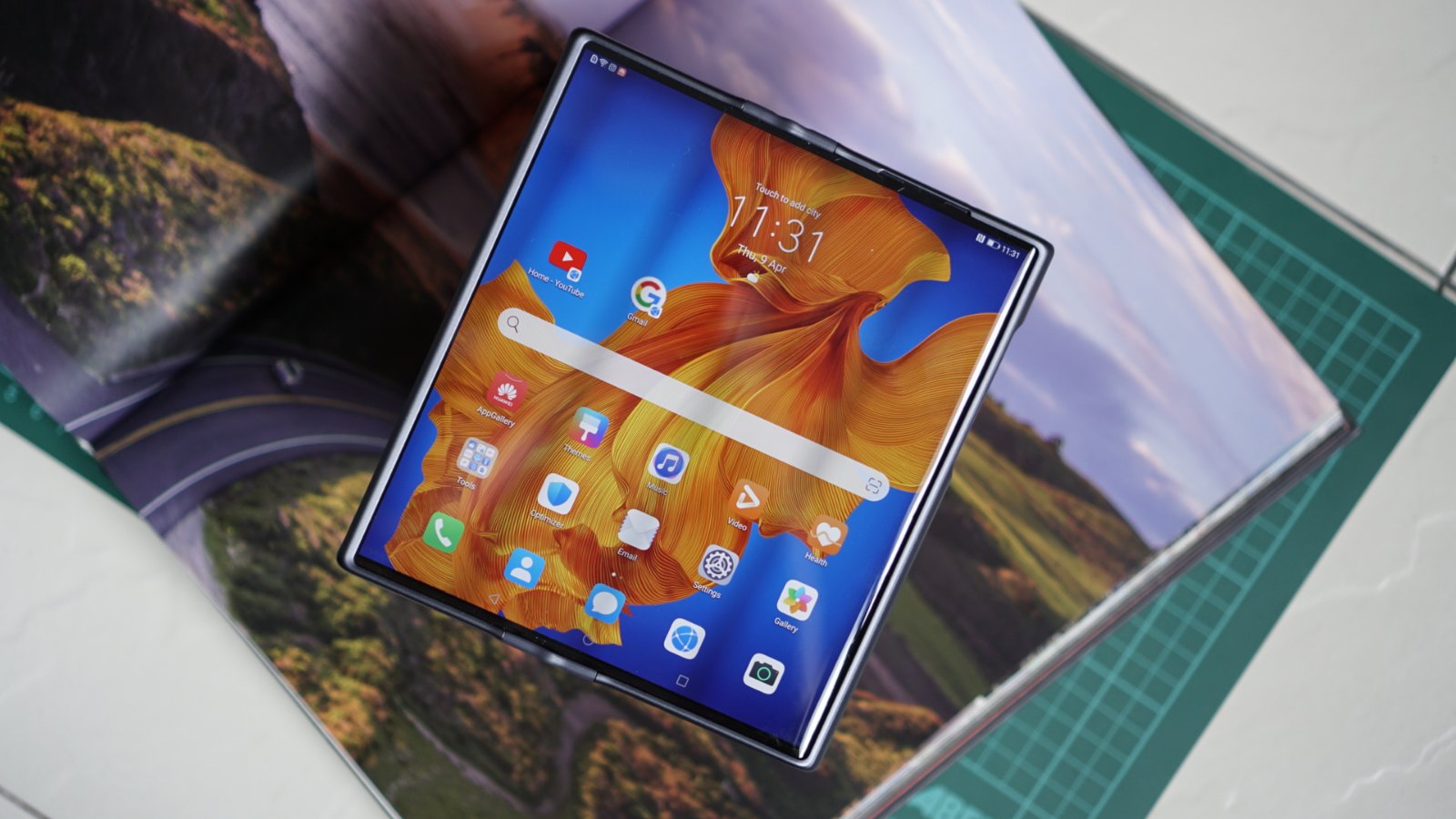 The hinge of the Mate Xs was also reworked and is now stronger. The “Falcon Wing” as Huawei calls it feels sturdy and requires a bit of force to lock into place, which is just fine with me. 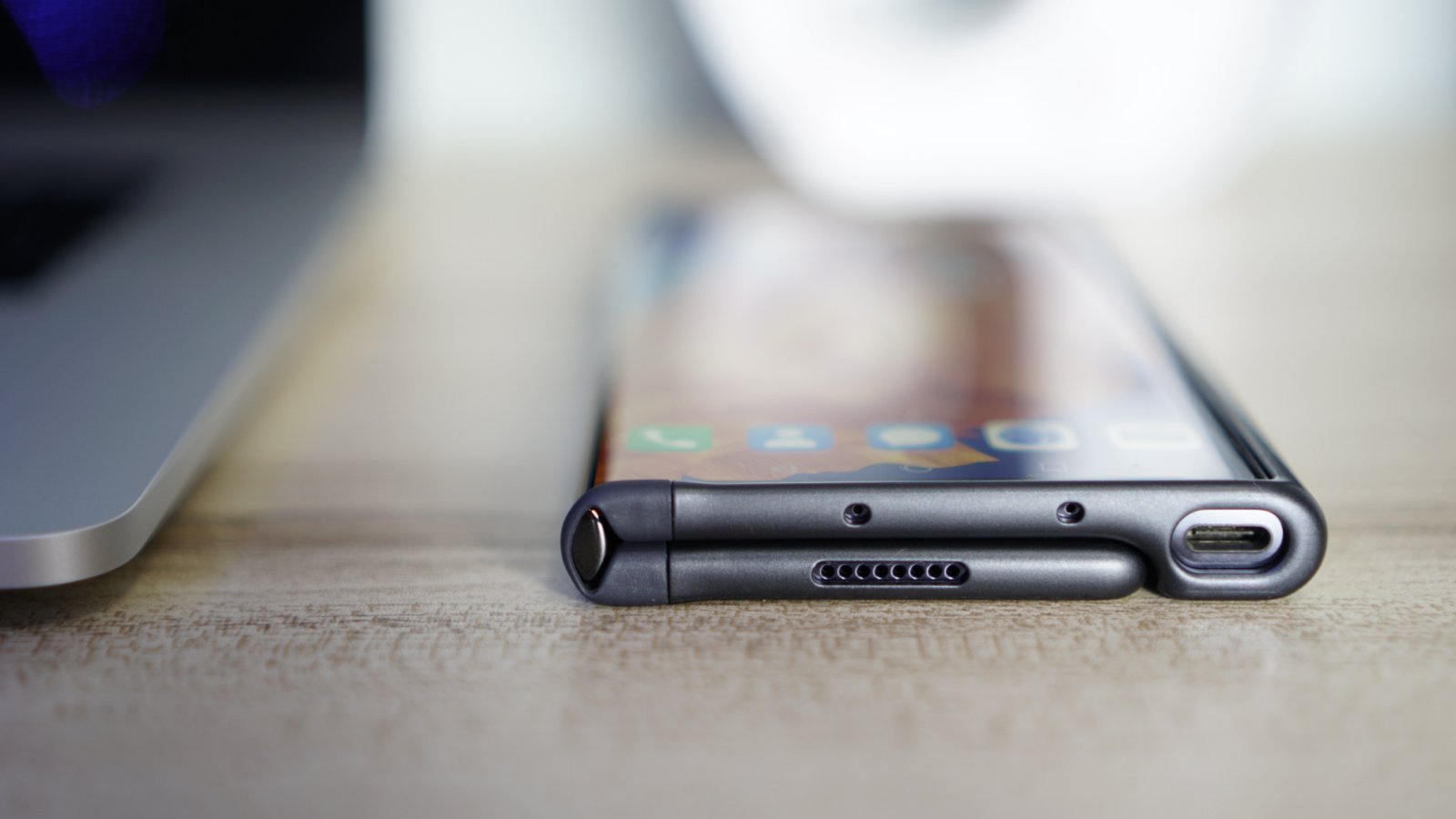 There are also a few small improvements in the design, including an improved locking system, and better internals.

There’s one thing that I can’t answer in this review with the Mate Xs, and that’s long-term durability. While the phone feels incredibly well built and sturdy, there’s still the question of scratches on the phone’s gigantic display over time. 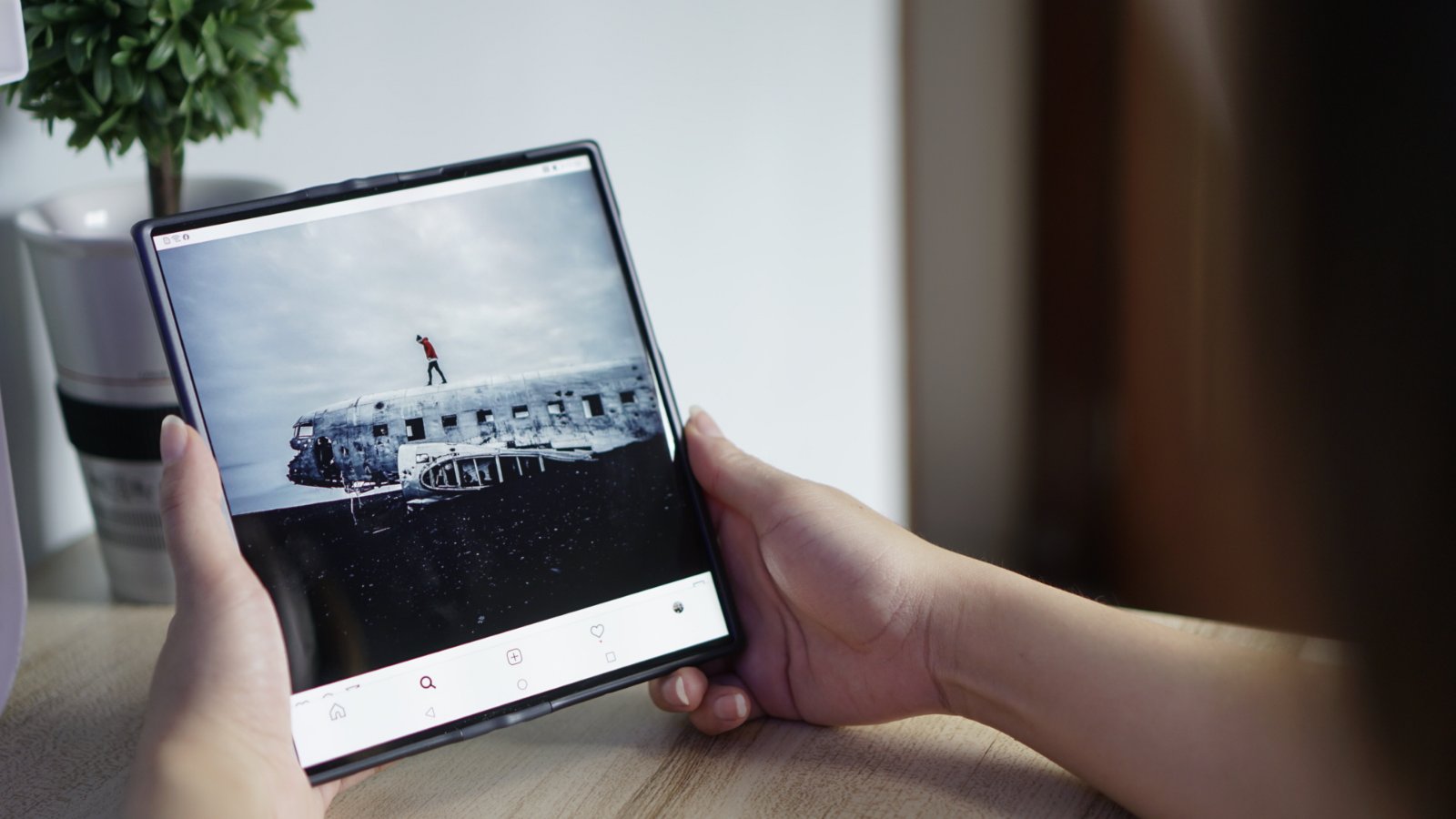 Learning to live with the crease

Like we said earlier, you can use the Mate Xs like a regular smartphone without unfolding it, which gives you an overall screen size of 6.6-inches to play with.

Using it this way also gives you a 6.38-inch screen at the rear that you can use however you want, but mostly you’ll be using it as a viewfinder for the rear cameras when you’re taking selfies. 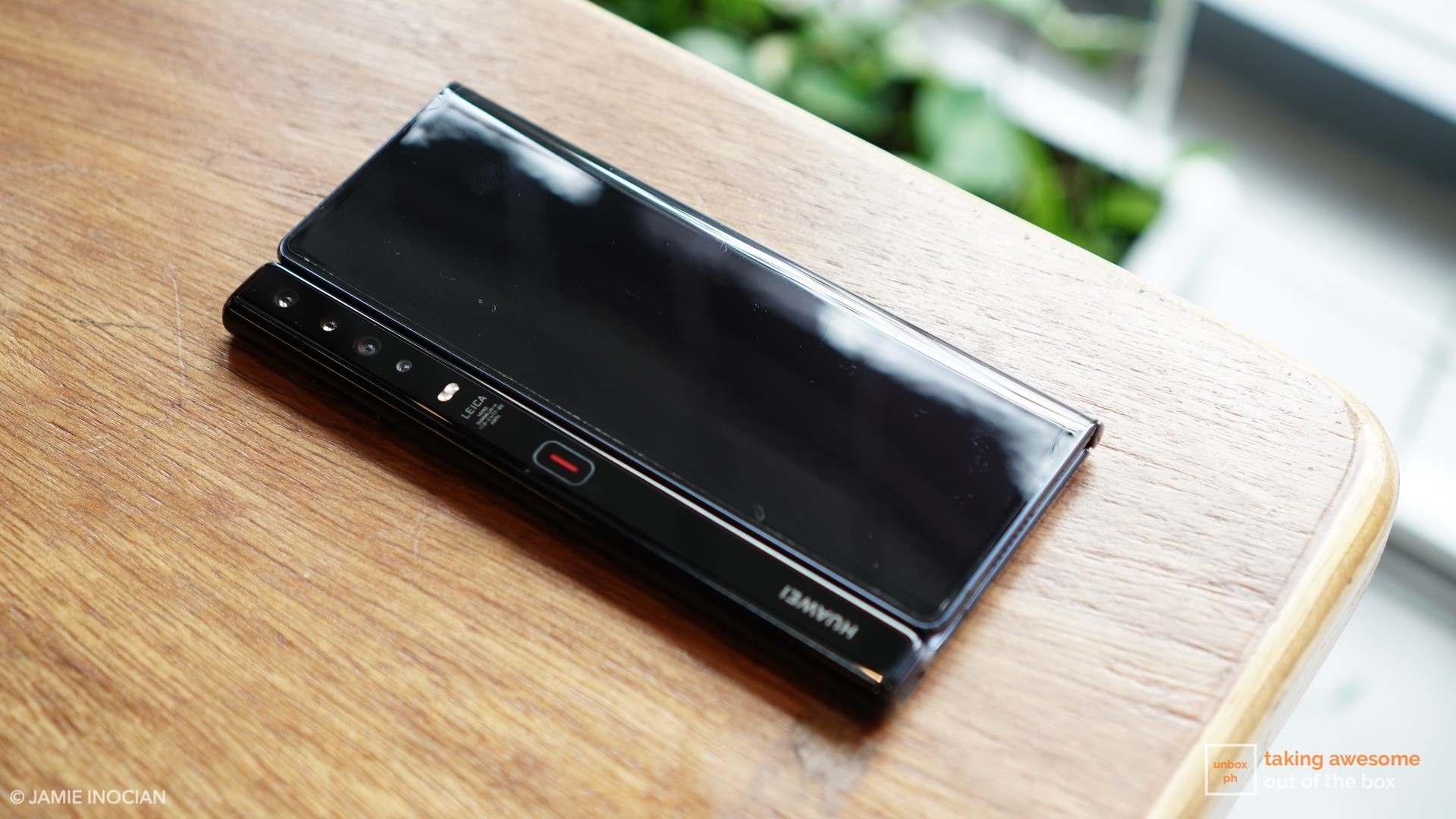 Once you unfold it completely though, the Mate Xs rewards you with the use of its 8-inch P-OLED display with a resolution of 2,480 x 2,200. It’s a huge display and is quite a pleasure to use especially when browsing sites, watching movies or simply reading e-books that you’ve hoarded for the apocalypse.

And while there’s a crease at the middle where the folding mechanism sits, it’s not incredibly distracting when you’re using it. 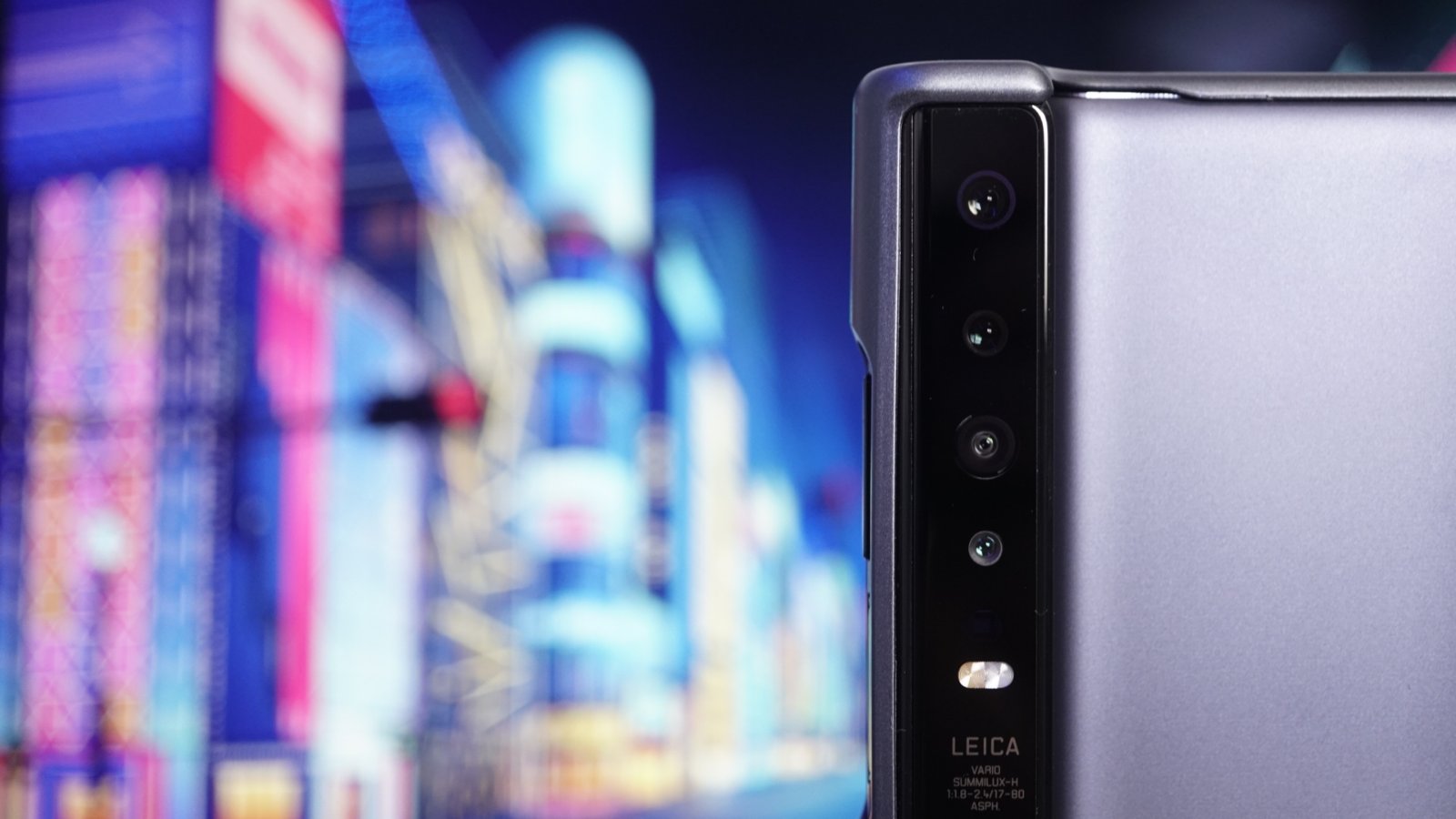 Despite the already cramped innards of the Mate Xs, Huawei has found a way to cram three cameras into the foldable’s body. There’s a quad-camera module on the rear of the phone that has the same Leica branding as its more traditional brothers.

A 40-megapixel f/1.8 SuperSensing camera is the primary shooter and is complemented by an 8-megapixel f/2.4 telephoto camera with 2x zoom and OIS, as well as a 16-megapixel f/2.2 ultra-wide camera and a 3D depth sensor. 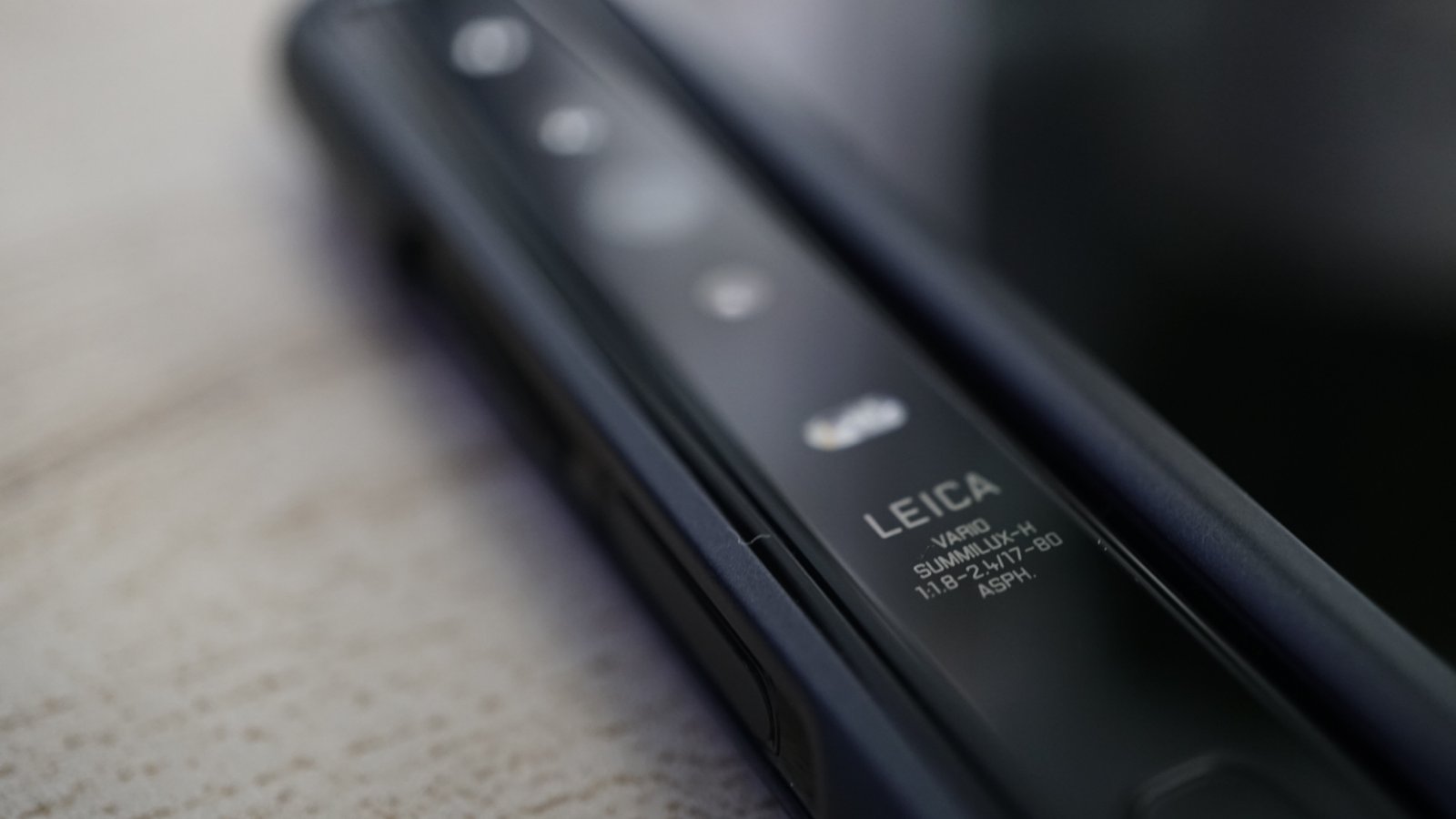 Image quality on all three cameras are superb – exactly what I’ve come to expect when it comes to snappers of high-end phones from the company. White balance is very even in the photos we took, with the dynamic range being spot on.

The Mate Xs also gets the same AI-powered low-light capabilities as its other, traditional brothers, so you’re not limited to what you can shoot with the foldable.

We weren’t expecting that the cameras on the Mate Xs would be as good as the company’s other flagships, but we were pleasantly surprised by the results. 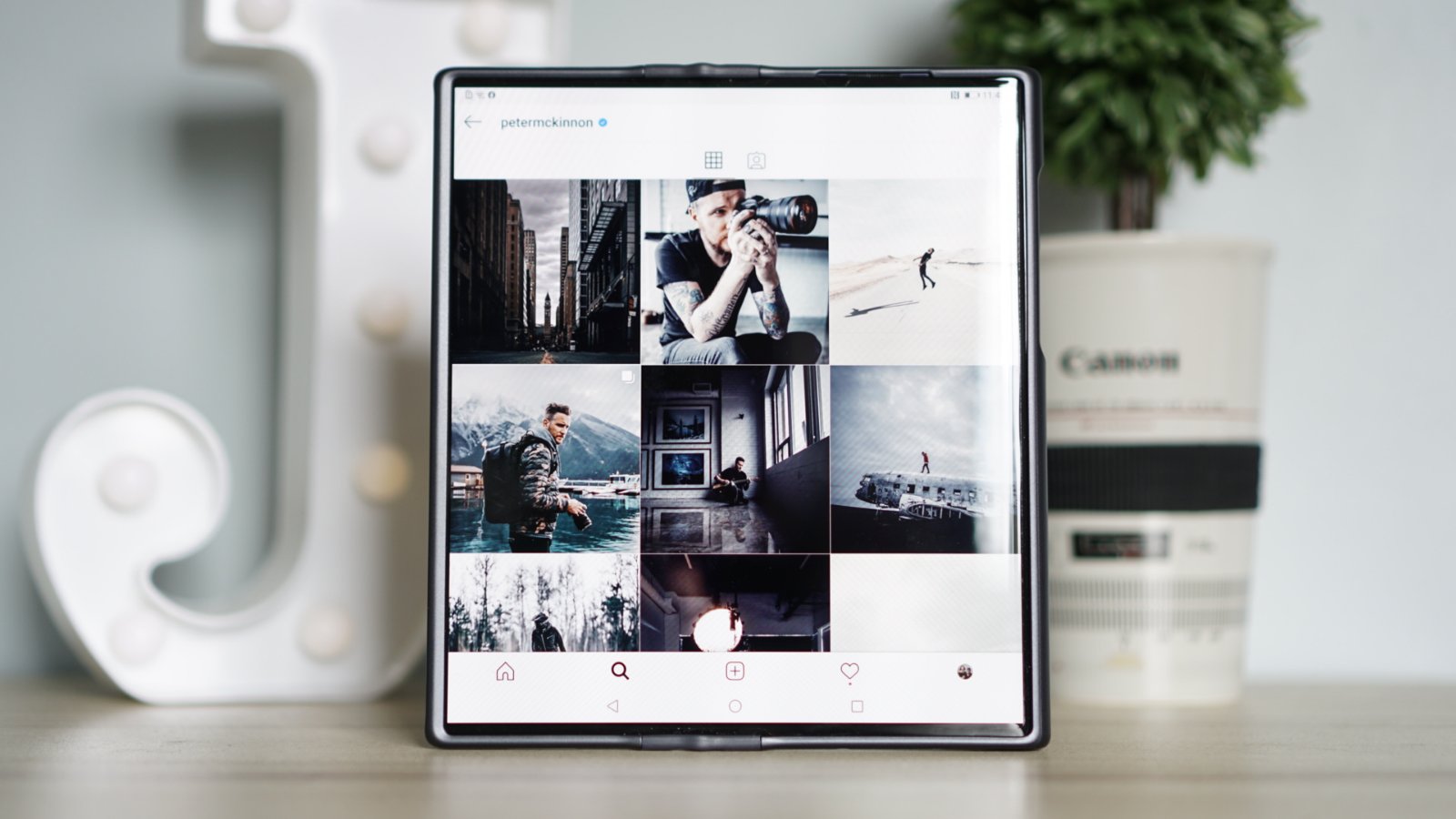 A beast on the inside

Huawei’s Mate Xs is powered by the same 5G-capable Kirin 990 chipset that’s in their current flagship, the P40 Pro.

That’s paired with 8GB of RAm and whopping 512GB of storage, which can be further expanded via their proprietary NM SD card.

Just like in our P40 Pro review, we found no issues at all when it came to playing the latest android games on maximum detail settings. The phone didn’t get too warm (all phones develop heat when playing games) and was well within the normal temperature range that we expected.

You know the drill by now – Huawei’s Mate Xs won’t come with Google Play or Google Mobile Services thanks to the ongoing spat with the US and the company’s placement in the US Government’s Entity List. Instead, the phone ships with Huawei’s equivalent, Huawei Mobile Services as well as AppGallery where you can download localized top apps for banking, finance, social media and more.

The point is that AppGallery’s offerings have been continually expanding, and there’s quite a lot of apps to choose from compared to the same period last year.

The phone runs Android 10 with EMUI10 layered on top.

Battery capacity for the Mate Xs is at 4500mAh, split into two 2,250mAh cells. Overall we got around a day and a half worth of use out of the Mate Xs, which is pretty good considering the overall size of the display. Even better is the fact that you can get 55W SuperCharge wired charging from the phone, and if you have a 65W charger, you can get even faster charging times. 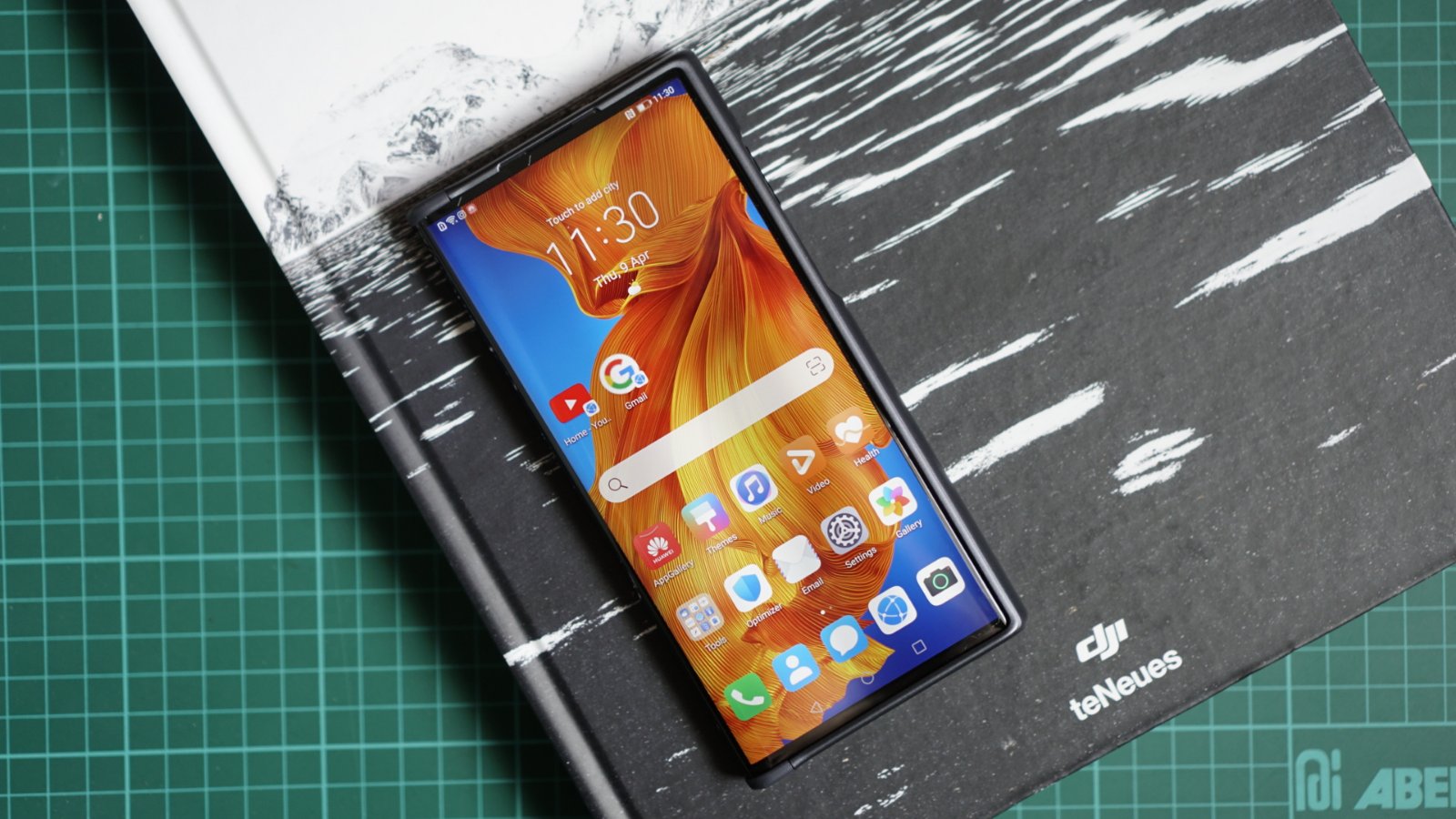 The Mate Xs is one of the best implementations of the foldable phone concept and is extremely polished for what it is. Huawei’s expertise in building phones shines in every aspect – from the display, cameras, hardware, and user experience, and while there are certainly some questions about long-term durability, we’re willing to wager this thing would last for quite a bit during normal use.

Huawei for their part has said that they’ll be offering a free screen change within one year of the warranty period if there’s a defect on it, and users will be able to enjoy a half-price screen change once if users accidentally break the display.

Unfortunately, the Mate Xs has one glaring flaw – price. At Php 139,990, it’s one of the most expensive smartphones in the market today, even if you factor in Samsung’s Galaxy Fold in the picture.

Just like the Galaxy Flip Z, nothing about the Huawei Mate Xs is practical, but if you want to use tomorrow’s phone today, there’s nothing else quite like it in the market. 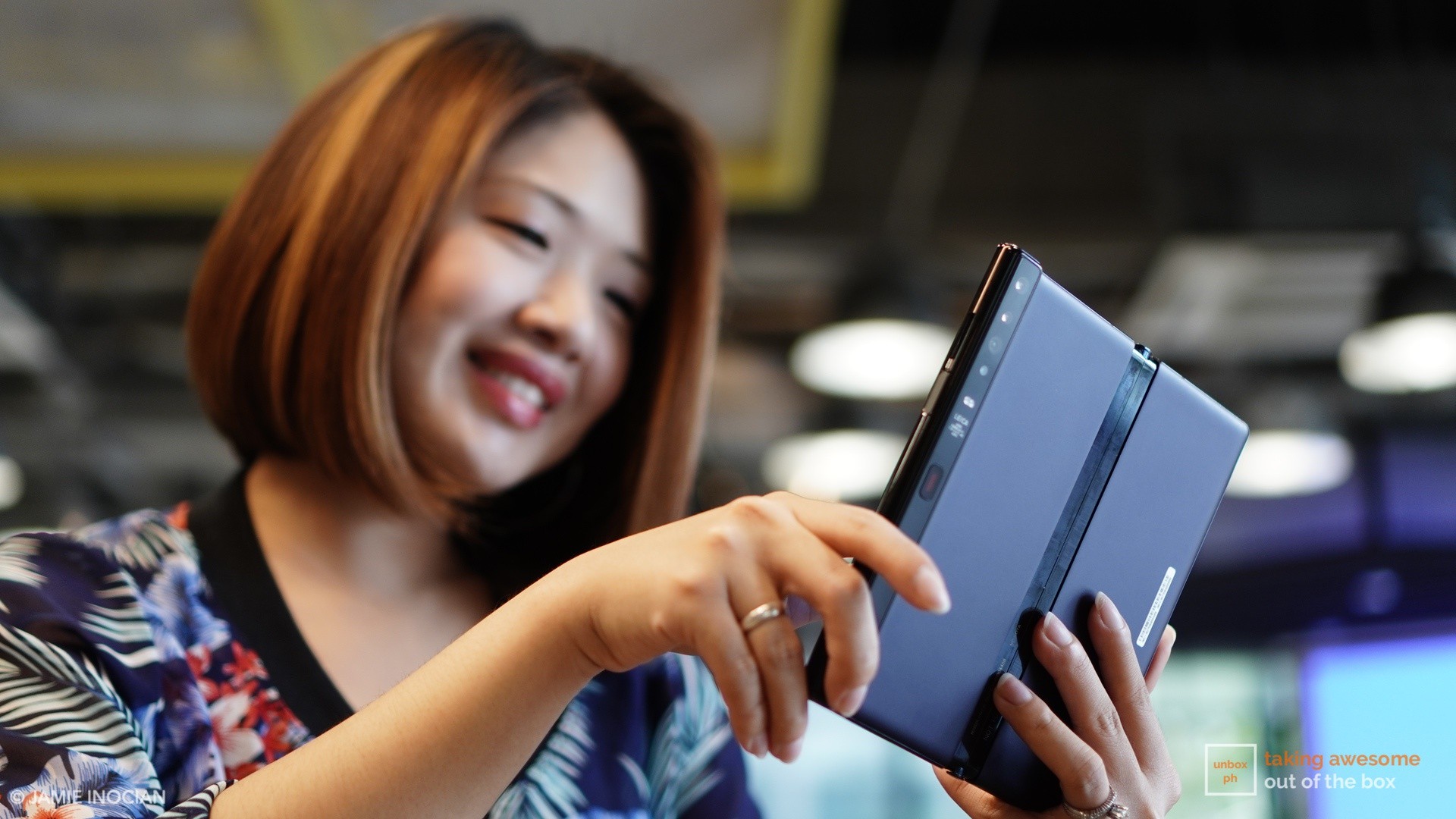 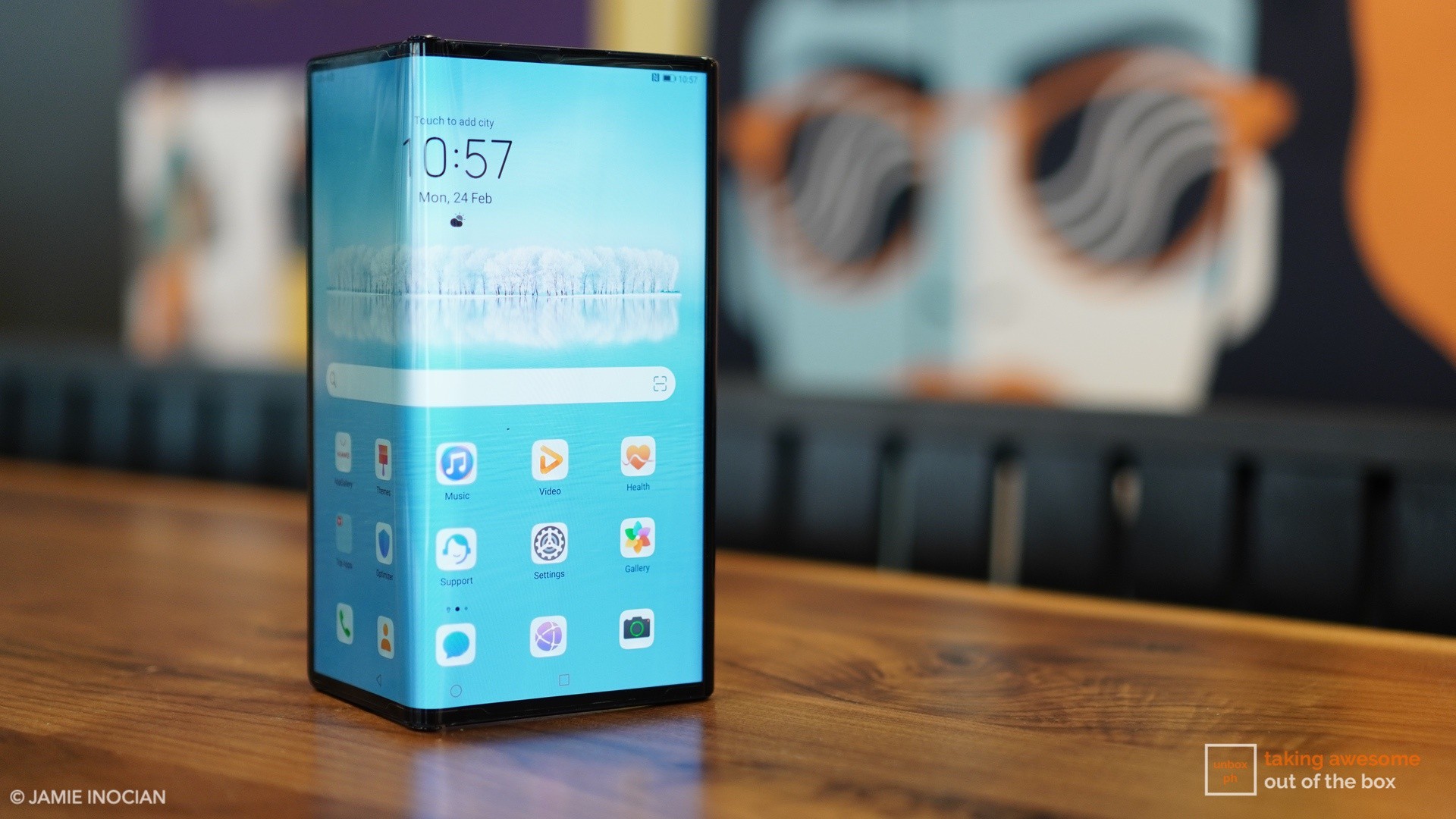 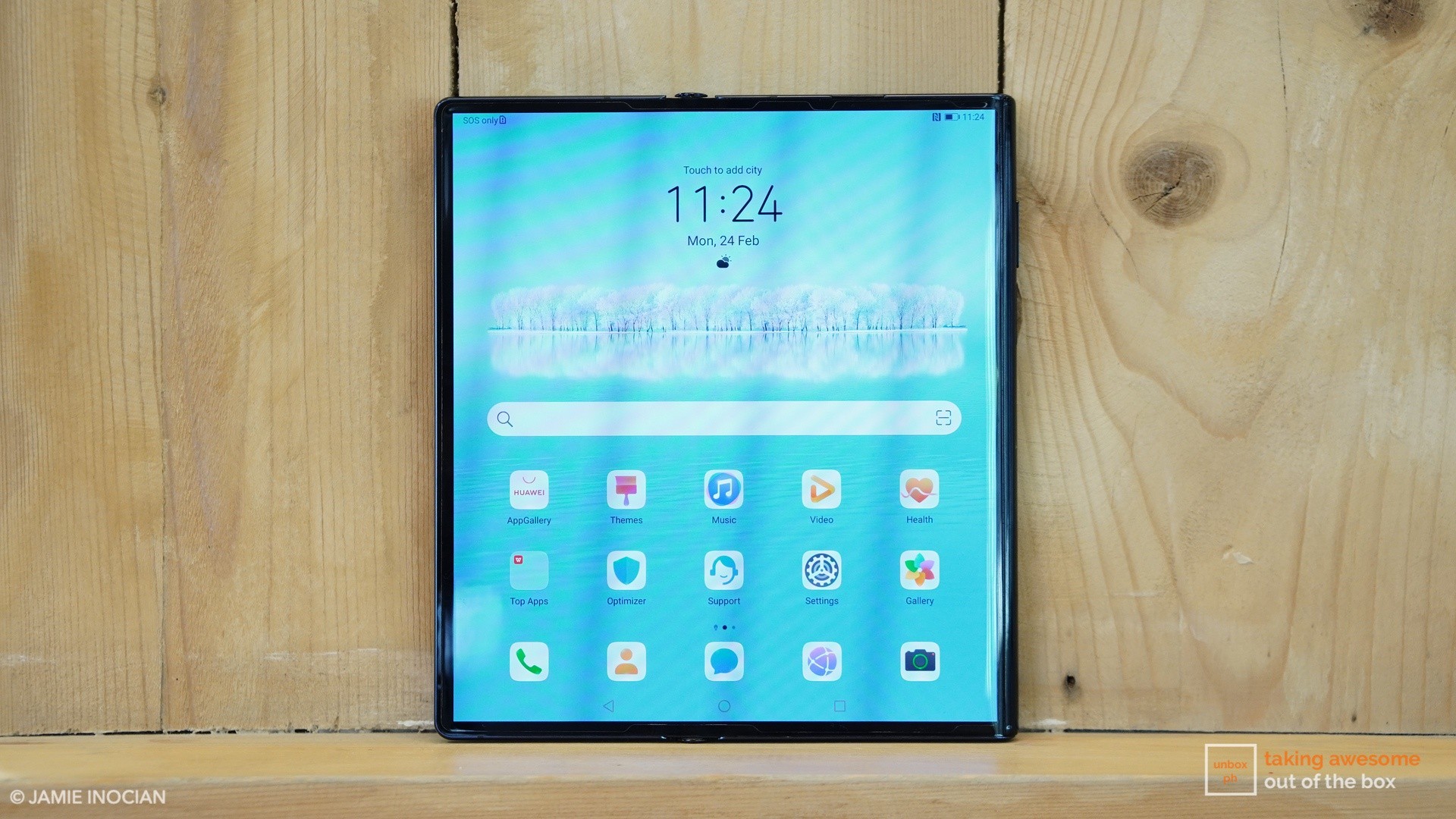