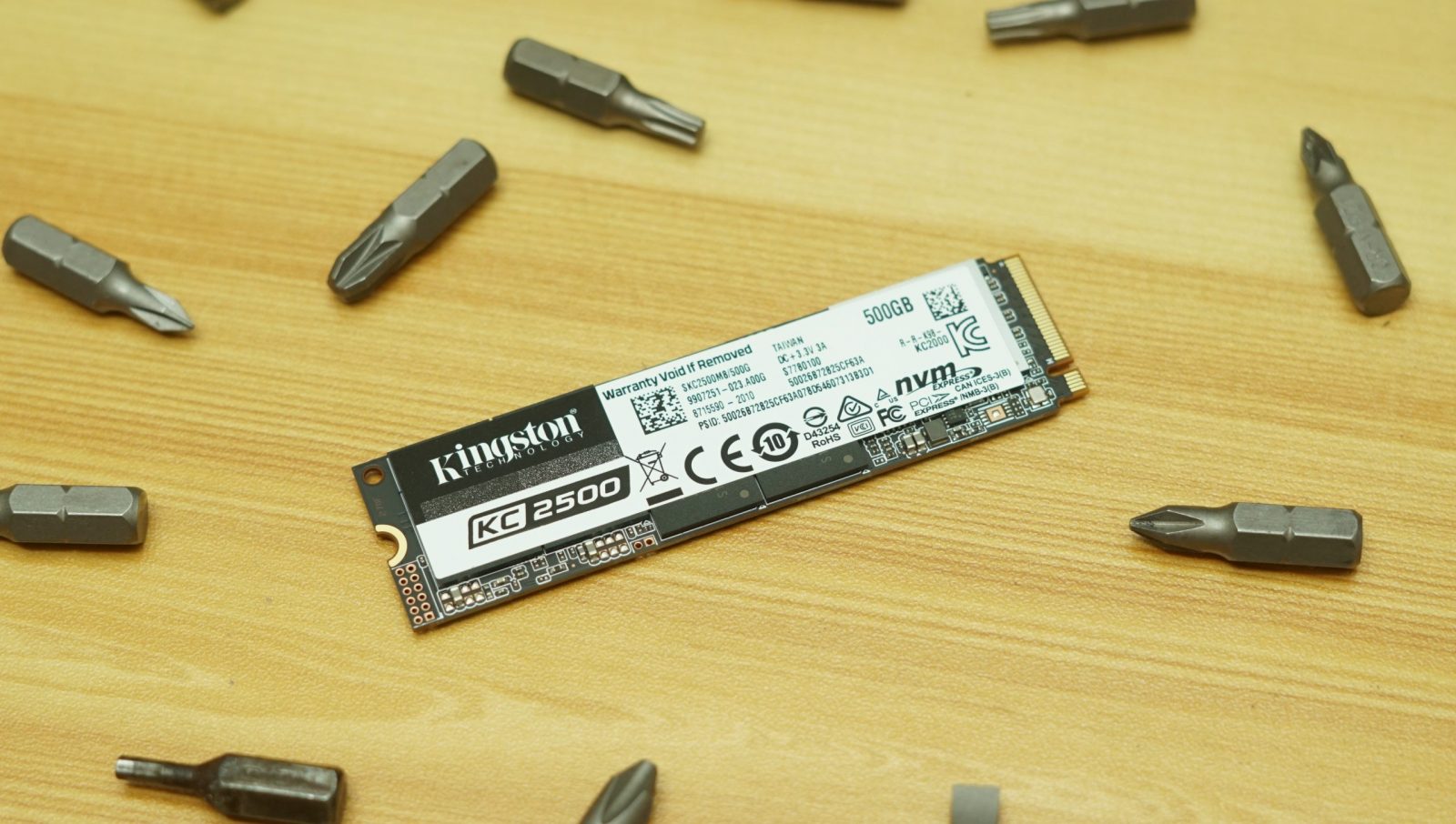 Verdict: Kingston’s new KC2500 is capable of delivering fast read and write speeds for performance-oriented tasks and gaming, though you’ll be paying a premium for the privilege. The solid encryption features make it an excellent choice for workstations, but it’s a feature that regular users won’t really make use of. While its read performance makes it a good choice for gaming-focused builds, it’s a little expensive, with the 500GB variant priced at Php 6,999.

Kingston has refreshed its top-tier KC line of SSDs with the new KC2500, promising top performance with solid encryption tech that should make it the perfect choice for performance-oriented workstations as well as security-minded enthusiasts that want to upgrade to something faster. 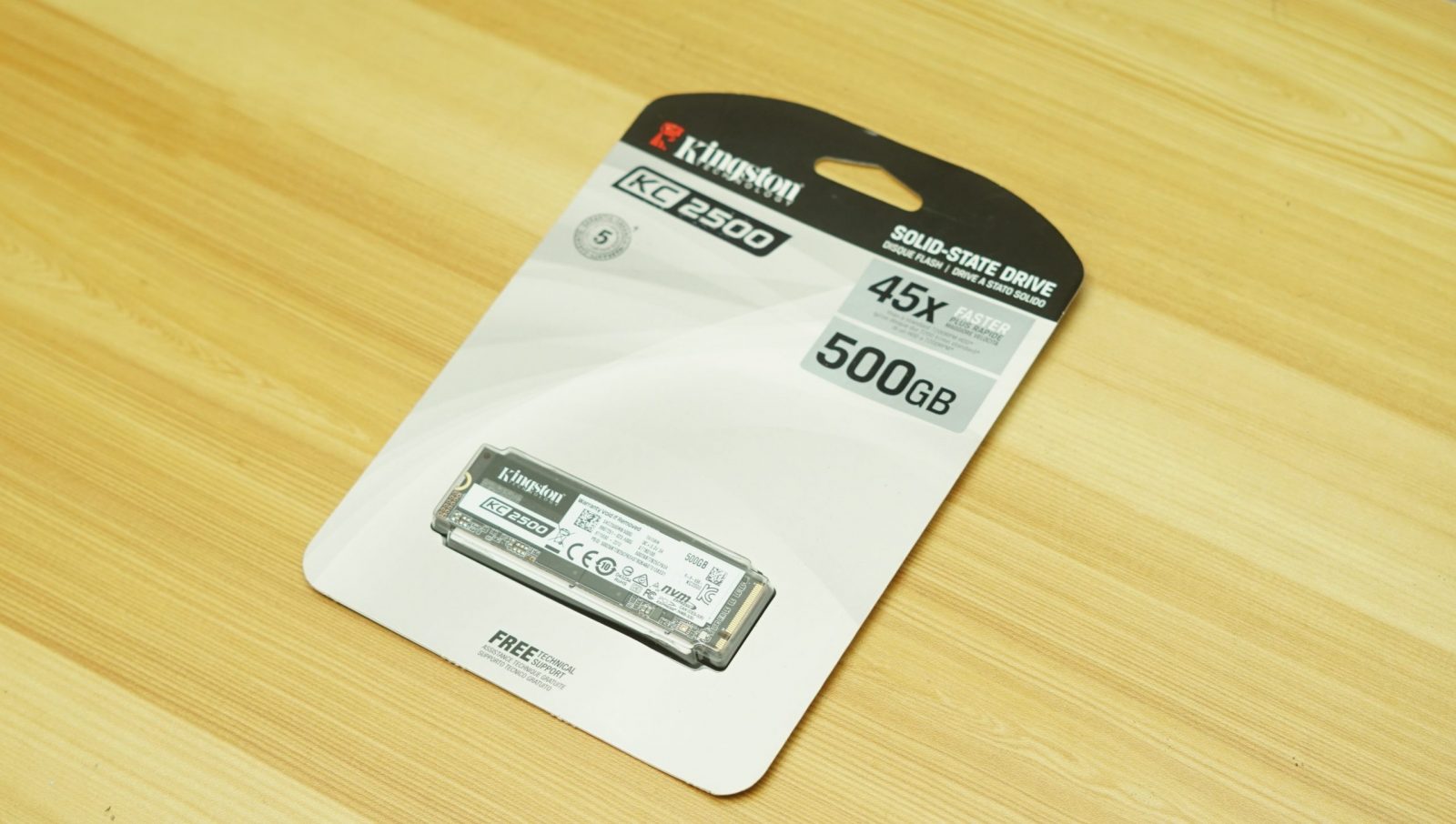 The KC2500 features much of the same components as the KC2000, most notably a Silicon Motion SM2262EN controller and 96-layer 3D TLC NAND, though it looks like Kingston has tweaked the firmware somewhat as the drive delivers far faster read writes than the previous generation.

Like most of Kingston’s offerings lately, the drive is a self-encrypting model and uses 256-bit XTS-AES hardware-based encryption to provide support for end-to-end data protection. There’s also Microsoft eDrive support built-in as well. 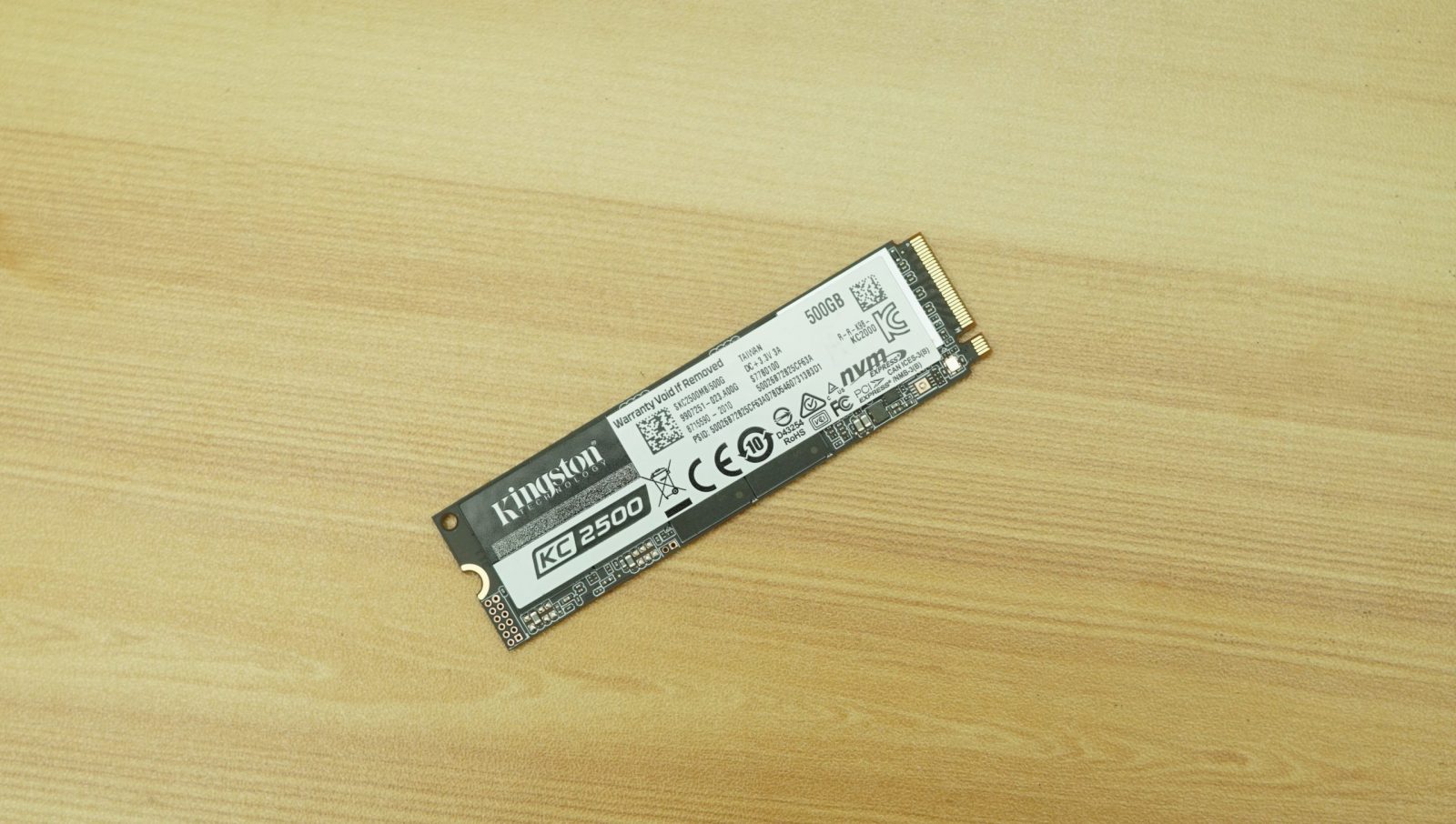 As far as the physical drive goes, it’s a typical M.2 2280 NVMe SSD that we’ve seen in the past that slides right into an M.2 slot. It arrived at my door in Kingston’s typical blister pack (quite an odd choice considering how much it is) with little fanfare.

The drive’s size should allow it to fit into most desktops’ and laptops’ M.2 drive, which makes it a nice upgrade for people looking to squeeze a bit more performance from their rigs. 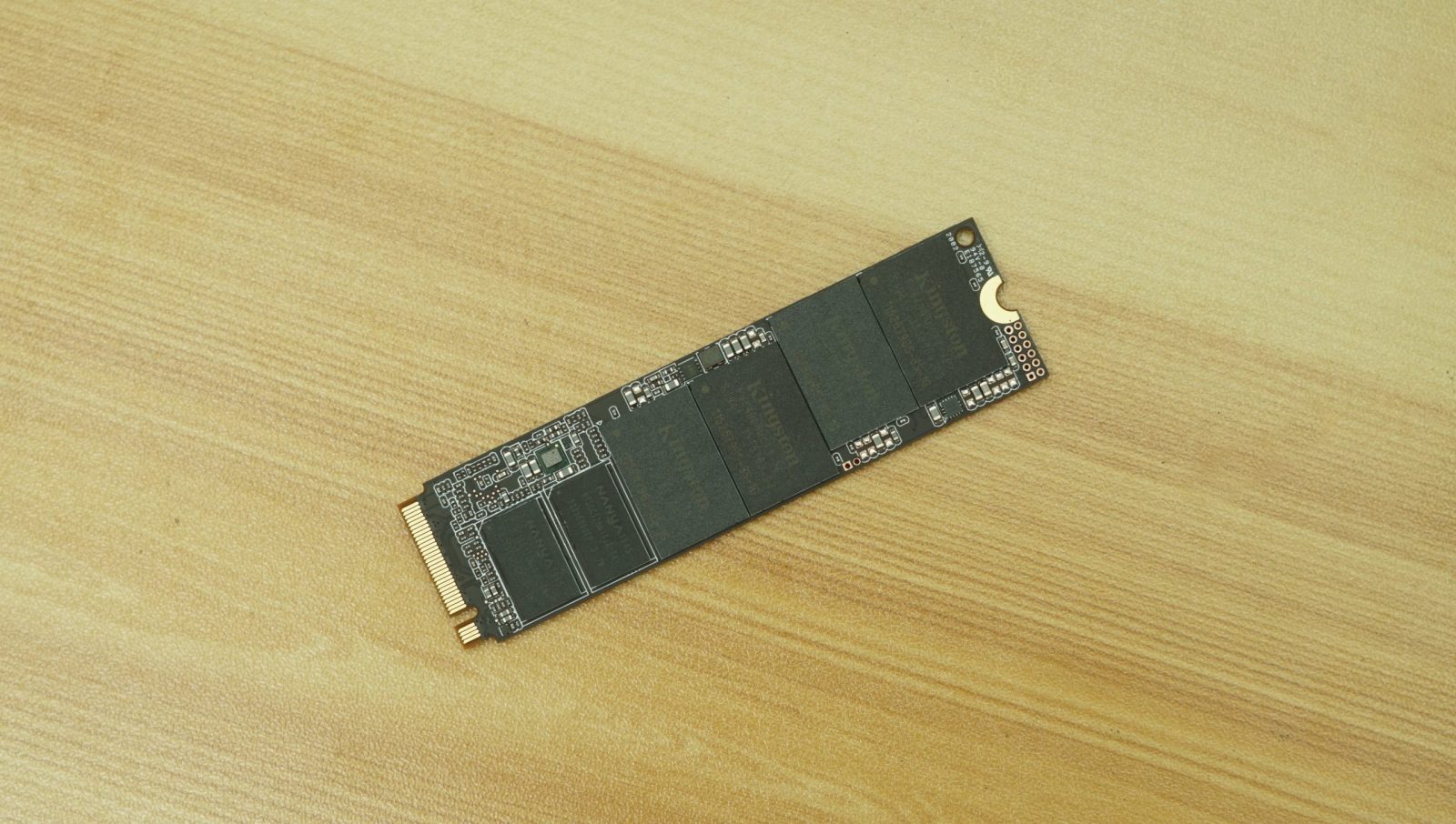 Kingston rates the performance for the KC2500 at 3,500MB/s and 2,500MB/s for the read and write speeds of the 500GB variant. While sequential read speeds don’t change for the capacities that the KC2500 is available for, read speeds vary, with the 256GB variant getting theoretical maximum reads of 1,200MB/s, while the 1TB/2TB variant gets higher theoretical speeds of 2,900MB/s.

That being said, let’s take a look at the numbers: 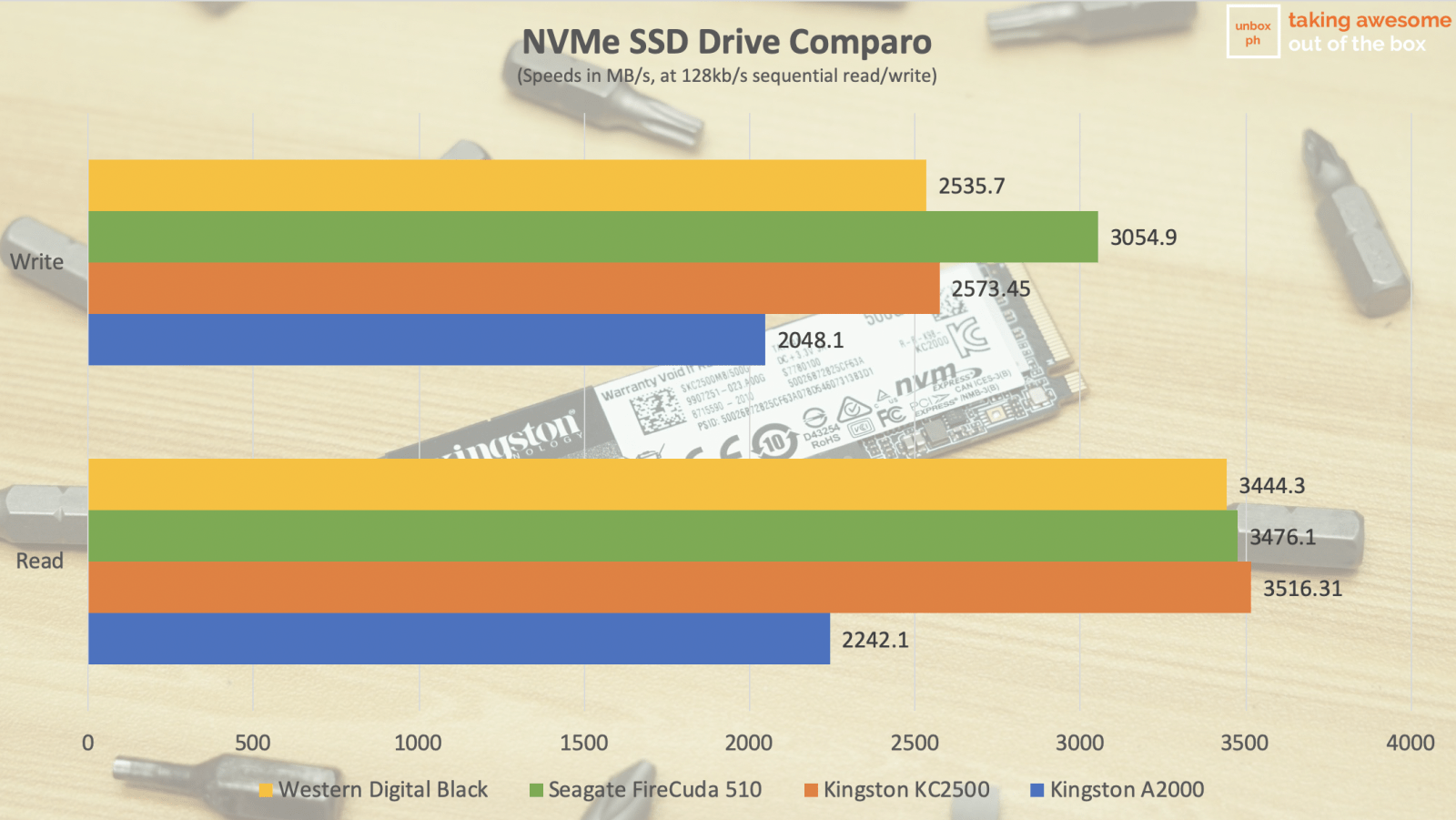 According to our CrystalDiskMark tests, the KC2500 easily meets and slightly exceeds the performance metrics that they’ve provided, with the read speeds of the drive easily keeping pace with performance-oriented SSD drives like Seagate’s FireCuda 510.

Write speeds aren’t too shabby too, and while the KC2500 falls a little behind in this category VS the other high-performance drives we’ve tested before, the KC2500’s speeds are pretty good considering it’s not being marketed as a gaming drive.

While the drive isn’t being marketed to gamers per se, the KC2500’s read performance makes it perfect for gaming applications. 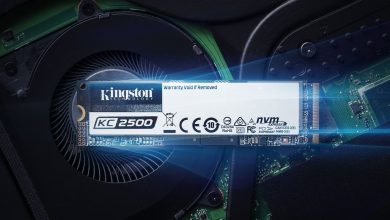