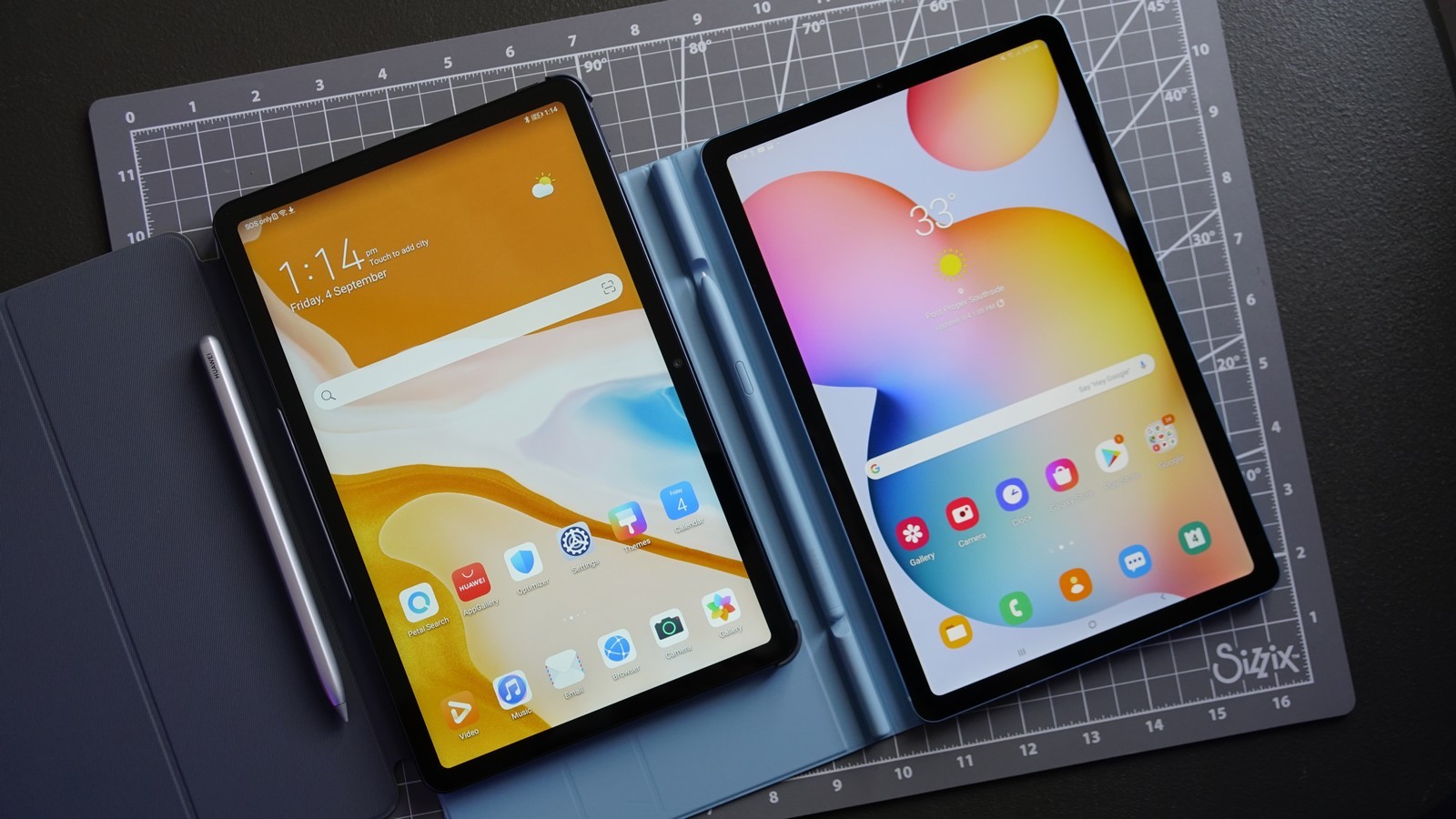 Verdict: Both tablets are incredibly similar and offer many of the same features, but Huawei’s MatePad win out in a few key metrics. Its display is a little better than the Galaxy S6 Lite, and its front-facing camera has a higher resolution and wider viewing angle, something that’s become more important in the age of Zoom calls and home learning.

The MatePad’s processing package is better too, since it packs a better chipset, though the Galaxy S6 Lite has an edge over overall storage. The MatePad also has a small edge in battery life as well, though the biggest win here for Huawei is the price – the Huawei MatePad costs only Php 20,990, while Samsung’s Galaxy Tab S6 Lite costs significantly more, at Php 26,990.

If you’re a parent that suddenly has to buy a tablet to allow your kid to study remotely, you’ve probably considered both the Huawei MatePad and Samsung’s Galaxy S6 Lite. Both tablets are being marketed as alternatives to pricer laptops, but which one is for you? Let’s take a closer look at both of them: 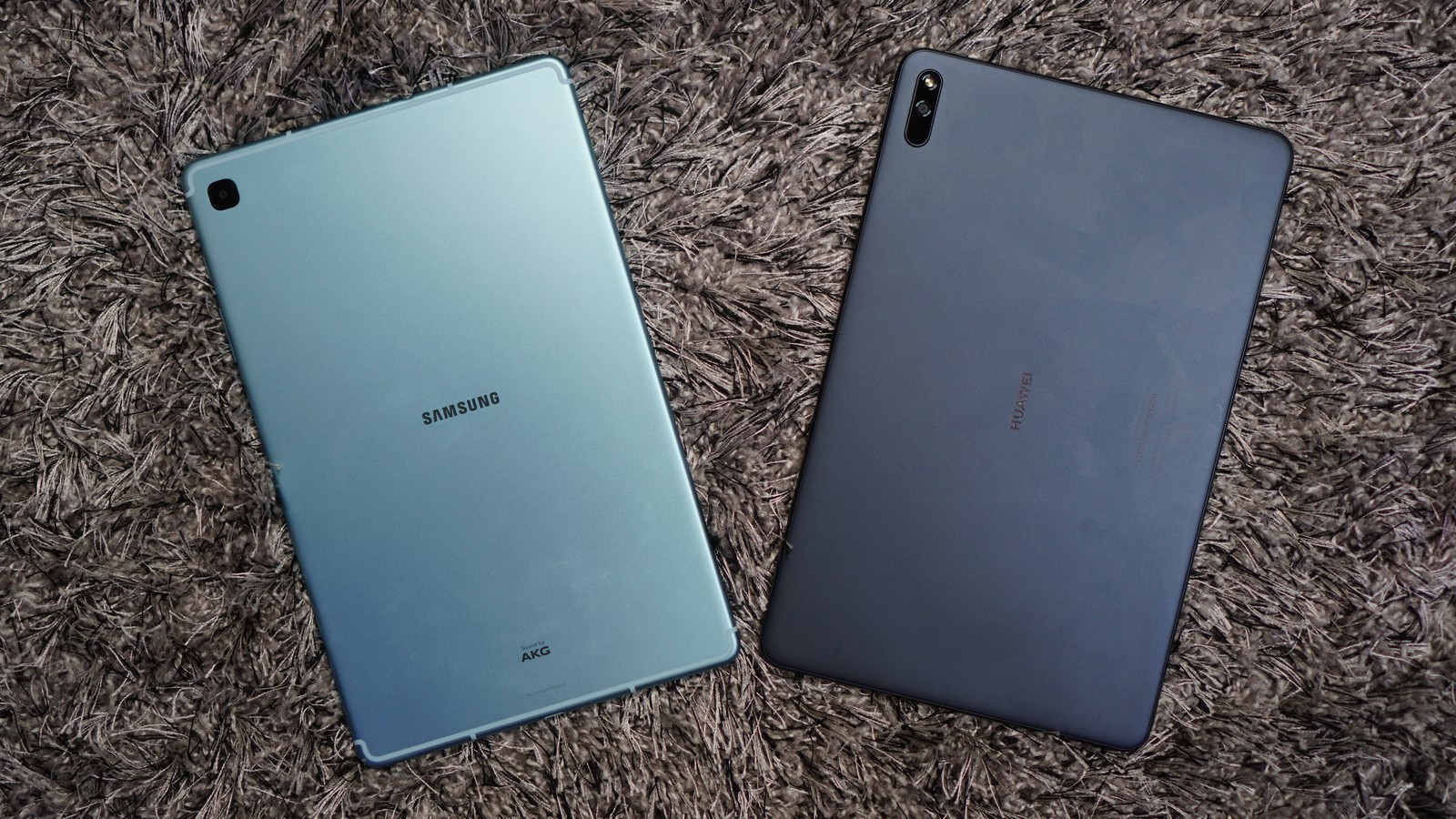 Both tablets feature unibody metal designs that give each of them rigidity and strength, two things that become very important once you hand them to kids for remote schooling. Both feature very distinct color variations though – Samsung’s S6 Lite features brighter coloration that makes the device pop on your desk, while Huawei’s offering is more elegant with its matte back and more conservative classic Midnight Grey color.

Both tablets are virtually the same size, though the MatePad is a hair lighter VS the Galaxy S6 Lite. Both tablets can also take keyboards that attach via magnets to their side, and both can also be used with a stylus for note-taking and more artistic endeavors. 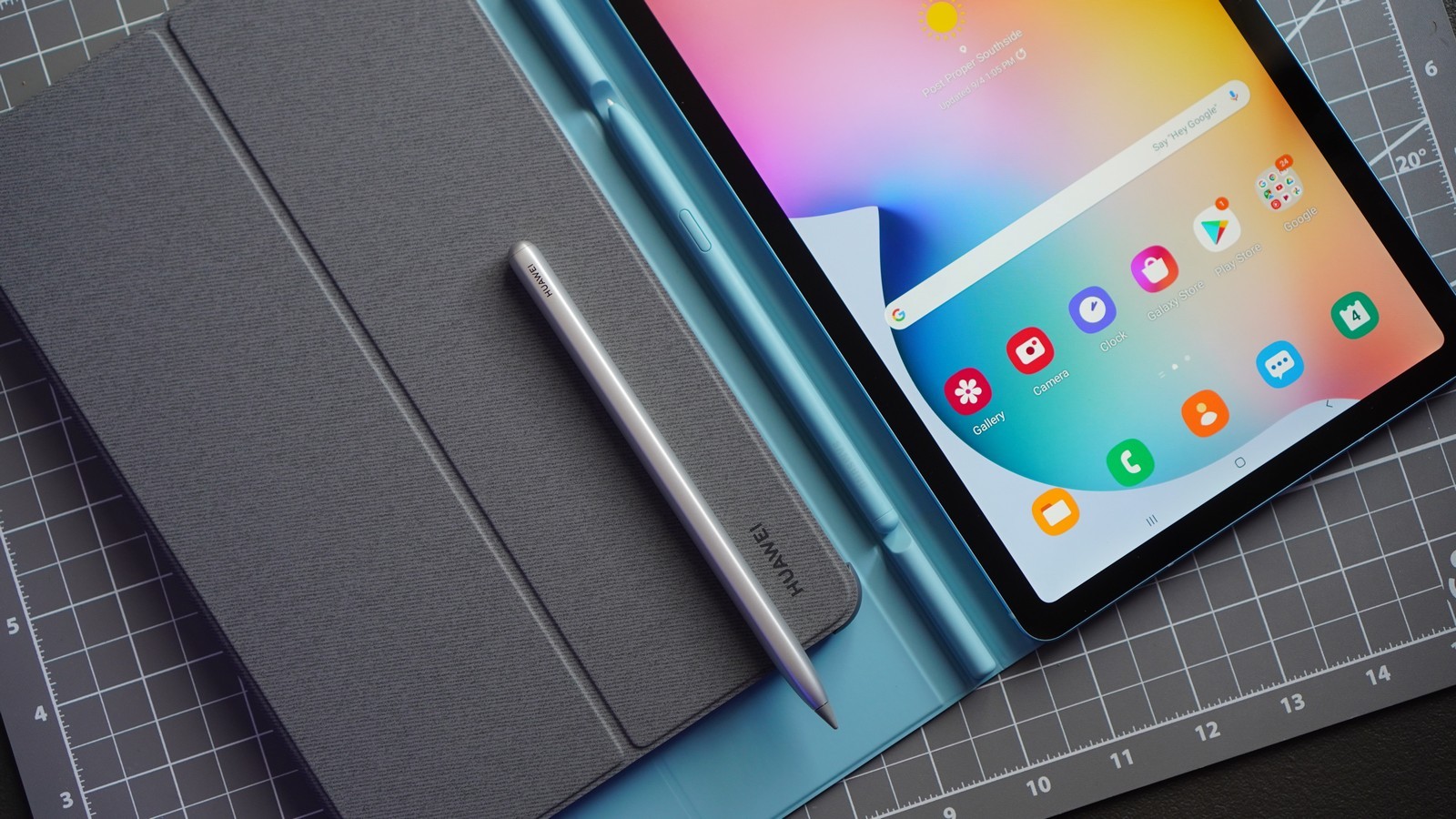 The Huawei MatePad doesn’t have a 3.5mm jack but has a USB Type-C to 3.5mm jack adapter included in the package. The S6 Lite does have that jack. 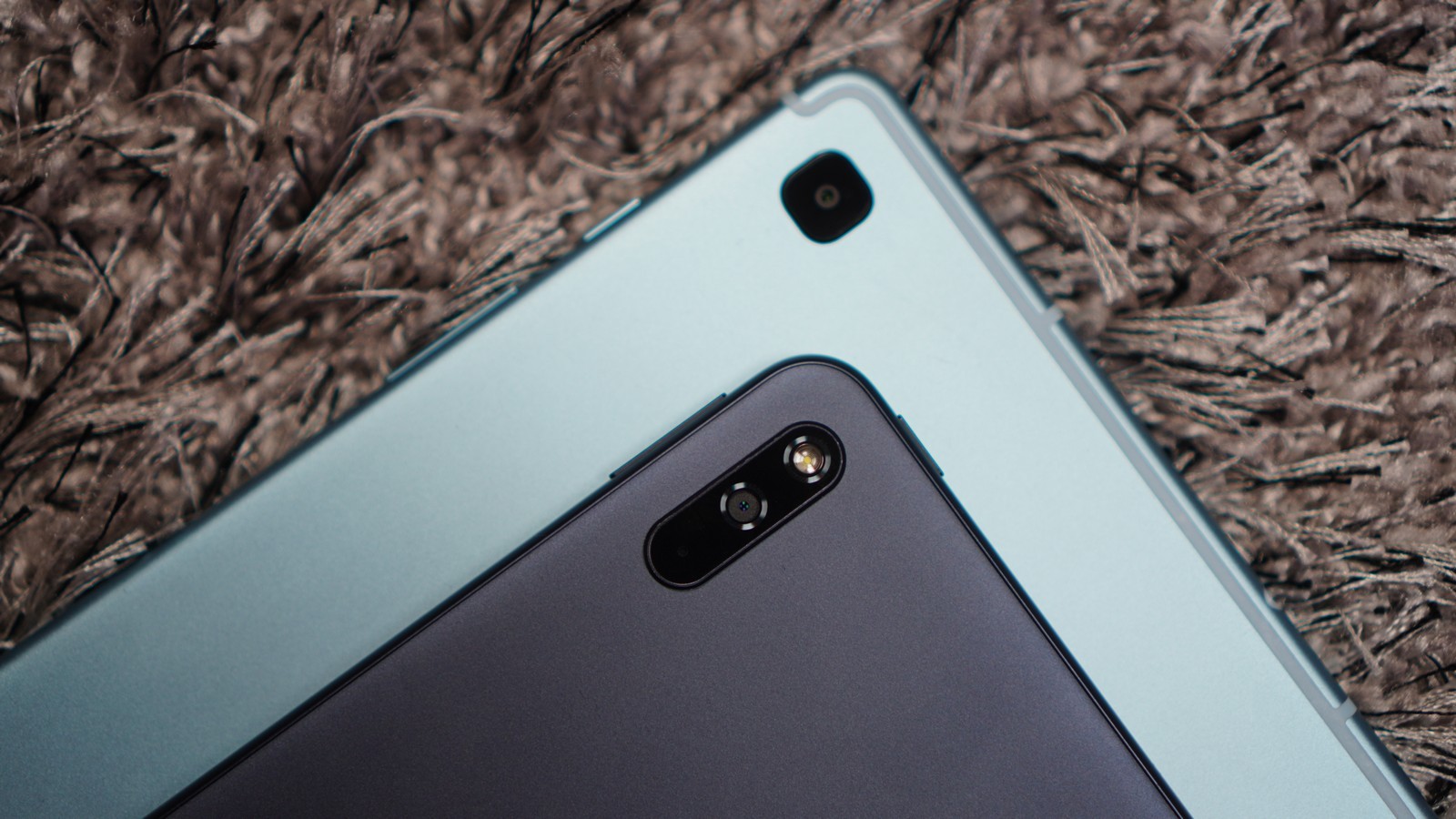 Cameras aren’t exactly what you’d look for in tablets, but things have changed slightly for the new normal. While rear cameras are almost an afterthought for tablets nowadays, front-facing cameras with better wide-angle views are more desirable, because of what they’re primarily used for nowadays.

In this regard, the MatePad has a clear advantage VS the S6 Lite, since it sports a higher resolution front camera (8-megapixels VS 5-megapixels) that has a wider viewing angle. 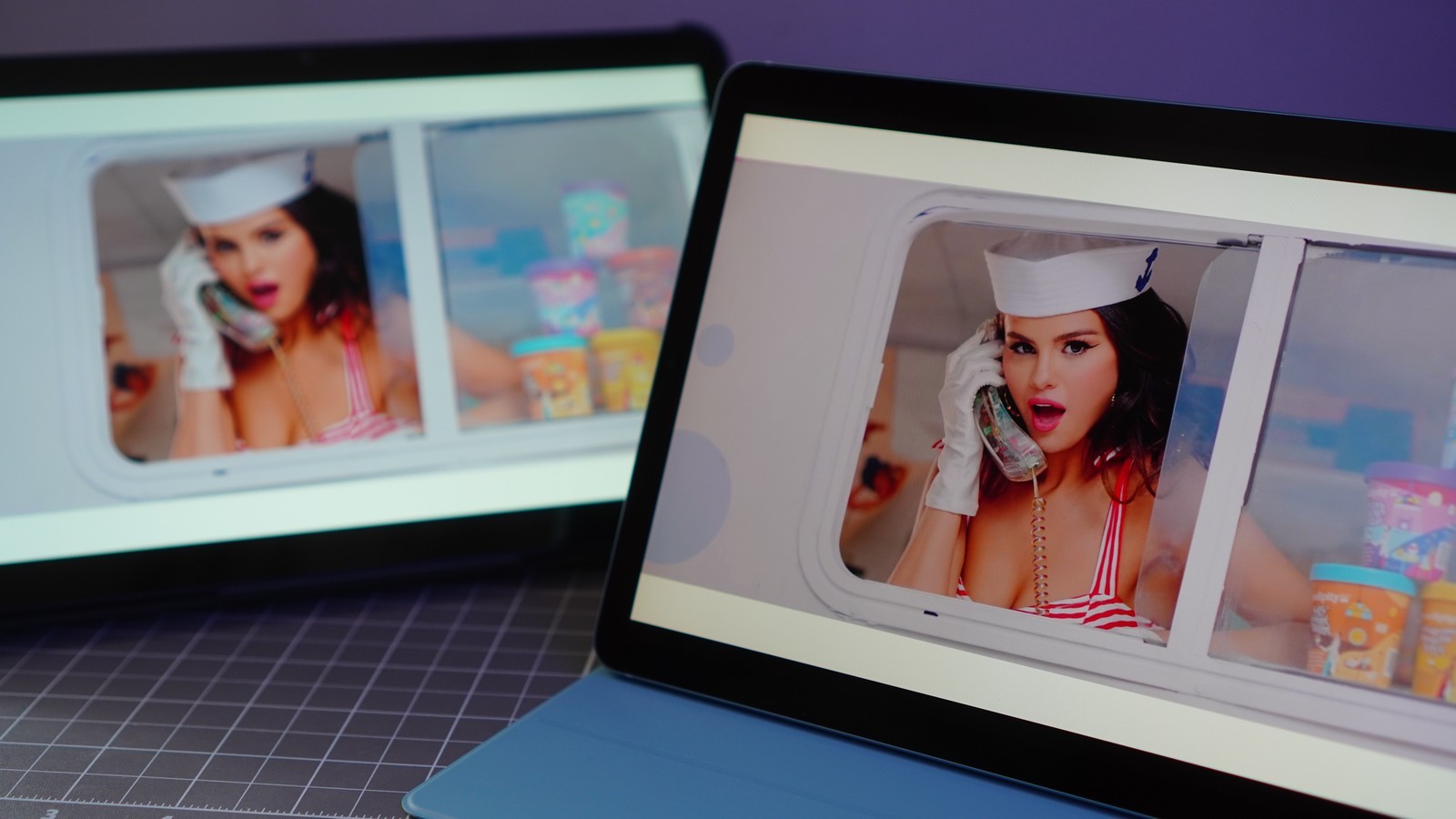 Both have 10.4-inch displays, and both have 1200 x 2000 resolutions in the 5:3 aspect ratio to facilitate better use of productivity apps.

The devil is in the details though – the Galaxy Tab S6 Lite uses a TFT display while the Huawei MatePad uses a slightly better IPS panel.

Both tablets have their own take on eye-care modes when they’re being used as e-Book readers: the MatePad has an e-Book mode that works in conjunction with the TÜV Rheinland Low Blue Light Certified display, while the Galaxy Tab S6 Lite has a less impressive Dark Mode in Samsung’s One UI to protect your eyes when it’s time for bedtime. 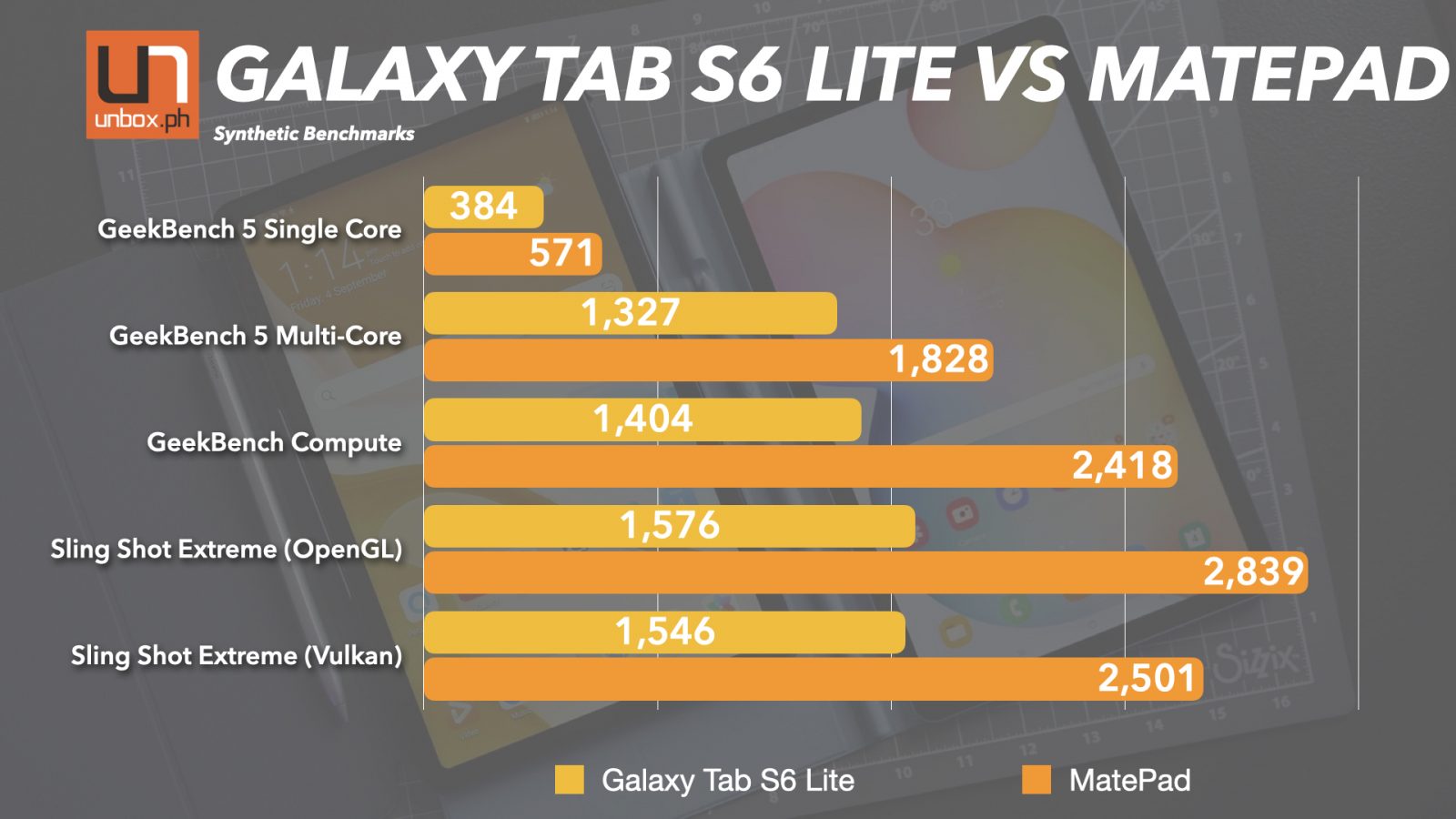 If both tablets have been pretty close so far in this comparison, this is where the gap opens up in favor of Huawei’s offering. The Huawei MatePad uses a Kirin 810 chipset, a modern processor built on a 7nm process.

The Galaxy Tab S6 Lite on the other hand, uses an aging Exynos 9611 processor built on a 10nm process. Benchmarks for both tablets show the performance gap of the two processors clearly, giving Huawei the clear win in that regard.

The Galaxy Tab S6 Lite does have more storage compared to the MatePad, coming in at 4GB/128GB VS the MatePad’s 4GB/64GB.

Both tablets use Android 10, with Samsung using their new One UI on top of the operating system. Huawei uses EMUI10, and while the former doesn’t have access to Google’s GMS, the MatePad has access to a lot of top apps via the Huawei App Gallery and the Petal Search Widget, including top apps for education and teleconferencing like Zoom. You can also still use and access Google Apps via the Huawei browser as well.

Huawei’s tablet can also connect with any Huawei smartphone easily via Huawei Share, which allows you to quickly drag and drop files between two devices. You can also project your phone’s screen onto the MatePad as well so you’re getting access to a bigger screen overall.

Samsung’s Galaxy Tab S6 Lite also has cross-device compatibility, but it’s not as rich as Huawei’s ecosystem. You’re basically relegated to seeing calls and texts made to your Galaxy phone on the Tab S6 Lite.

Chromebooks: What They Are And What They Can And Can't Do Compared To Laptops