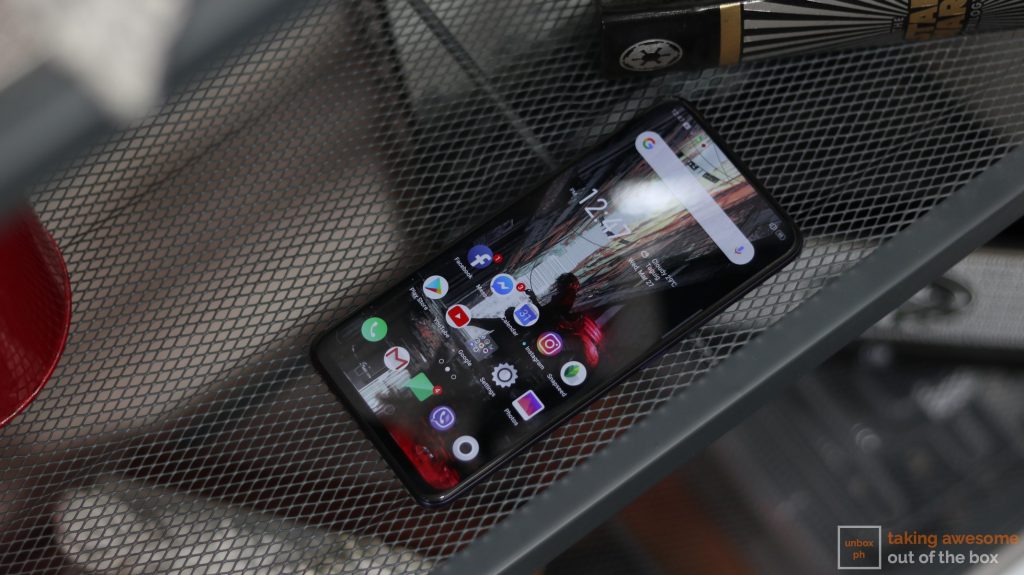 A New Kind of Selfie Expert

It’s been a little over 6 months since OPPO released their previous F series device. The OPPO F9 was all about giving us a more discreet notch in a time where the polarizing anesthetic was still quite large; as well as having an eye-catching chassis to house all its hardware.

Today, they release the 6th iteration of their best-selling line here in the Philippines with a promise to raise their front camera game in quite the literal sense.

Do all the bells and whistles on the OPPO F11 Pro make it worth checking out? Hopefully, we can help you figure that out. I’m pretty sure that I said the same thing about the F9 when we reviewed it but OPPO’s design game just keeps on getting better. The F11 Pro is lightyears ahead of its predecessor in terms of looks; taking elements from their higher end releases and passing along to this device. 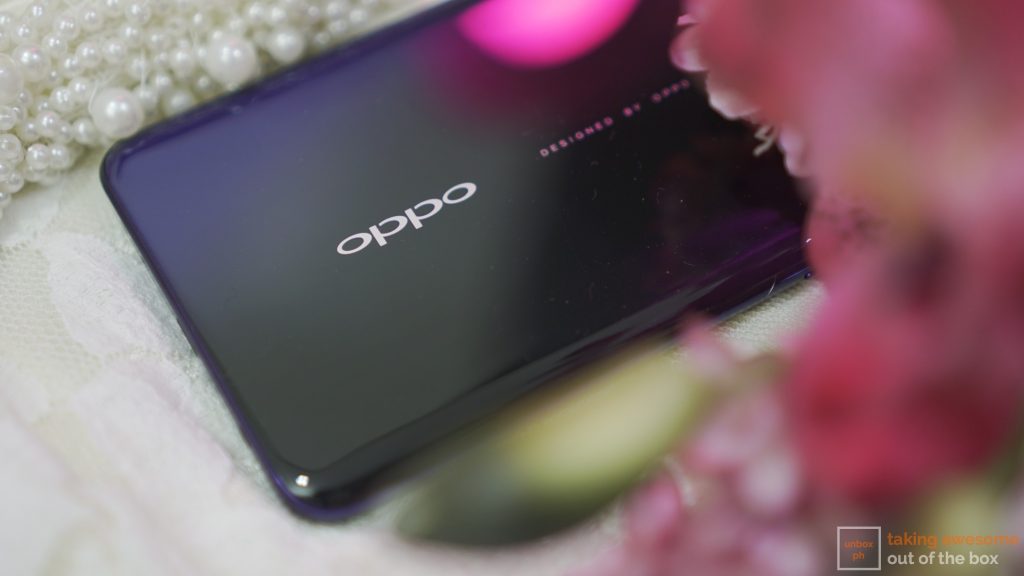 You’re still getting a polycarbonate plastic body on the F11 Pro but you can easily mistake it for one with a glass back. The Thunder Black color variant also lends a bit of sophistication to this bit of kit that reminds us of the two color variants that we saw on the OPPO Find X. The ergonomics of the device are pretty good with a slight curve on the back of the device before it hits the frame. While the overall design of the phone is alluring, you’re going to want to keep the device in the case that comes inside the box. I know most of you already do that anyway but, for the brave who rocks their devices in the nude, I ask you to heed my warnings and take extra care with this phone if you do decide to purchase it.

It’s not just to keep it scuff free this time around. All-Screen Display with a Middling Panel

Since you have the “Rising Front Camera”, you’re getting an all-screen experience on the F11 Pro with a screen-to-body ratio of nearly 92-percent and it’s a little refreshing to have gone back-to-back with phones that don’t have a notch or a punch hole. The display measures in at 6.5-inches at Full HD + resolution so you’re getting decent pixel density at 396 pixels per inch. 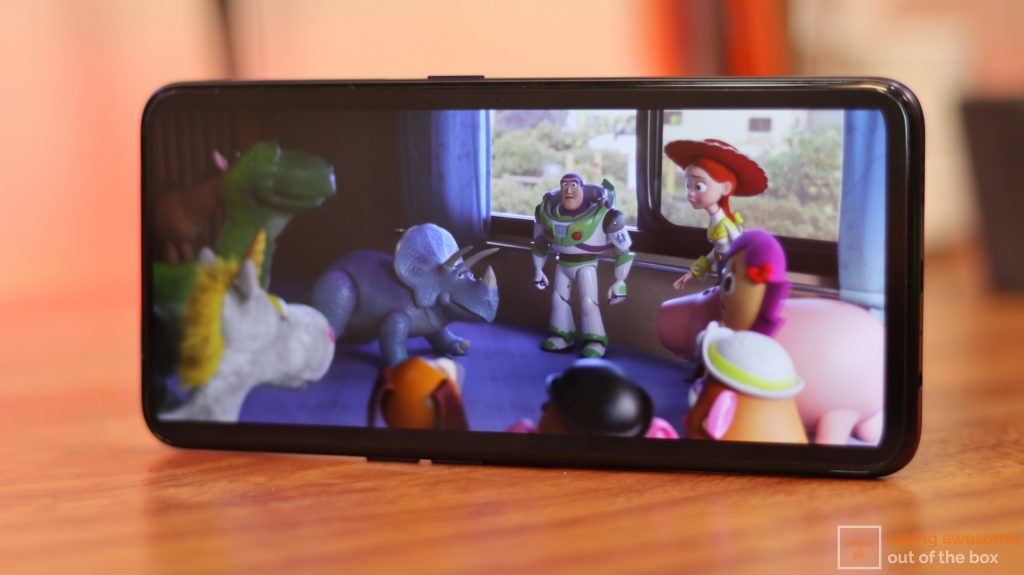 It’s sufficiently sharp but we were surprised that it was quite vibrant even though it is rocking a TFT panel. However, we did notice that the viewing angles aren’t as great but you can still share content with a friend or two.

In terms of audio, the lone speaker on the bottom of the F11 Pro produces a ton of volume but you will want to keep within the usual 70 to 80-percent range to prevent distortion and from the speaker itself getting blown out. Vocals tend to sound slightly tinny and lows can get a little muddy. Definitely use your headphones to have a better experience in this department. 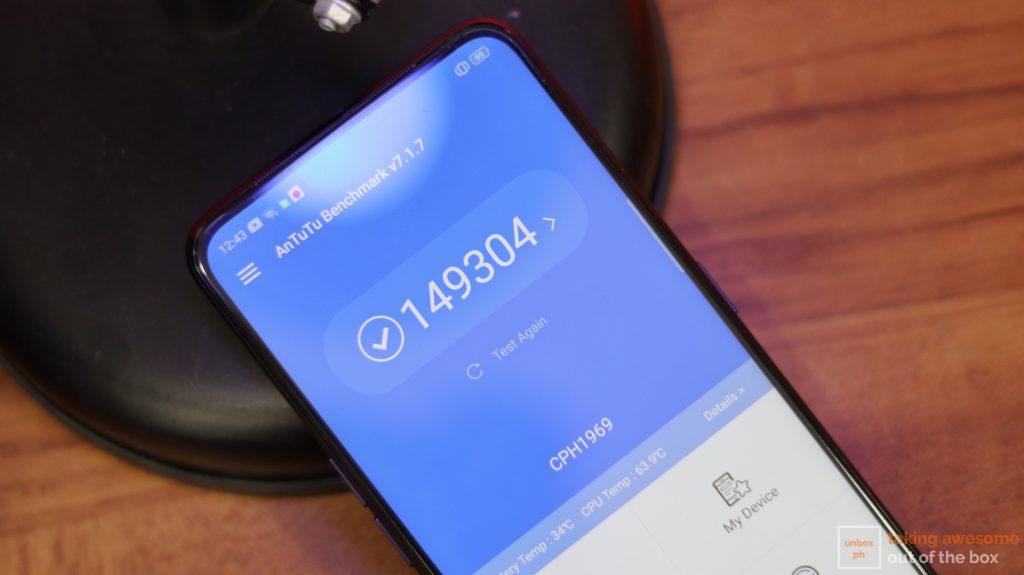 Adding a Wee Bit of Muscle

OPPO has been using the Helio P60 in at least two iterations of their F series phones and we’re finally glad to hear that it was getting a new SoC on the F11 Pro — the Helio P70. This is paired with 6GB of RAM and 64GB of expandable storage.

The gains over their previous chipset aren’t as dramatic as we hoped it would but the 10 to 15 percent bump up in overall performance is still a welcome one. It handled day-to-day tasks like a charm and I was able to multi-task quite a bit thanks to the generous RAM onboard.

Things were pretty smooth on the gaming side as well but the metrics revealed that frame rates were somewhat erratic on our mobile MOBA of choice — Vainglory. Despite that, clashes were pretty smooth and there were no game-breaking dips during clashes, which is pretty good.

NBA 2K19 on High Setting was pretty smooth sailing as well though you might want to tweak things a little bit to give it a little boost.

PUBG Mobile defaulted to Medium and we got the same texture pop-ins while driving around though it was smooth during firefights that’s definitely the important bit while playing this game.

The OPPO F11 Pro runs on Android Pie with the company’s UI overlay — ColorOS. In all of its iterations, this has got to be our favorite one. While there are still touches of iOS inspiration, it has been cleaned up a lot since we first had a go at it and they add on some pretty useful features like the Smart Bar to give you easy access to your favorite by swiping on the side of the screen. 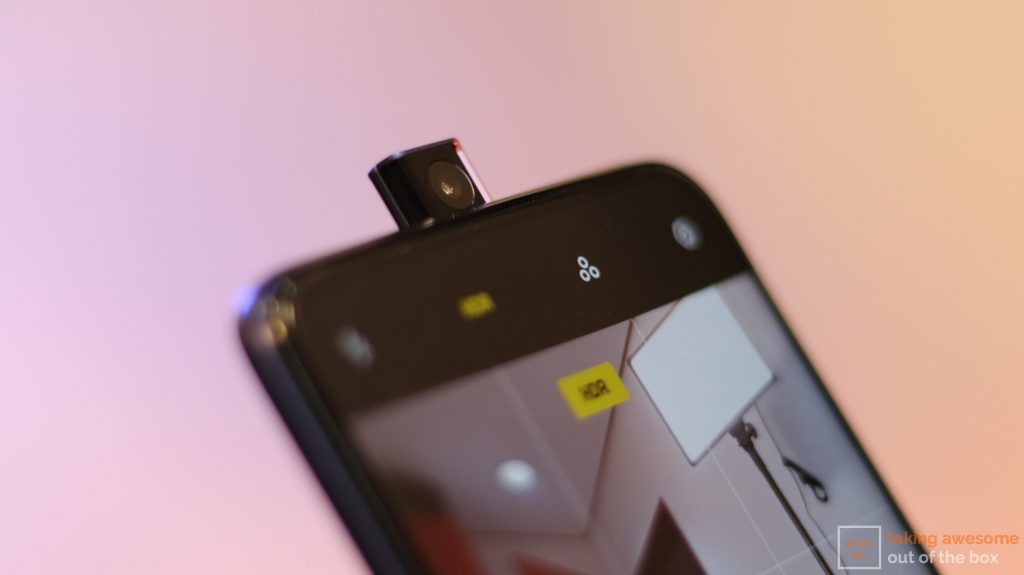 A New Breed of Selfie Expert

One of the highlights of the OPPO F11 Pro is its pop-up front camera or “Rising Camera”  as the company calls it. Now, in case you happened to miss out on what this is all about, basically, the front camera lifts from a cavity on top of the phone that’s about a centimeter to reveal the 16-megapixel shooter to help achieve the all-screen features that its bigger sibling — the OPPO Find X — had.

The mechanism is rated to last a pretty long time even if you’re the type to check your phone more than the average. It should handle the wear and tear of average use but we would be lying if we didn’t say that there was a bit of concern if it happens to drop. To that end, OPPO has added a security measure that has the phone automatically retract the front camera should it detect that the device is falling.

Those worries aside though, the resulting selfies from the said camera are pretty fantastic even in scenarios where there’s less than stellar lighting conditions. You’re still getting Beauty AI features, of course, but we’ve always been wary about using it and the experience varies from person to person so adjust accordingly to your own liking.

With all the hullabaloo about the front camera, it’s a little easy to forgot that OPPO has also jumped on the whole 48-megapixel game. It defaults to an output of 12-megapixels but you’re getting sharper details in your snaps.

Color accuracy is decent but for a pop of color or to get even more dynamic range, you can turn on the Dazzle Color option; results can be a bit exaggerated at times so toggle it on or off as you see fit.

The OPPO F11 Pro also inherits the Night Mode from the R17 Pro so you can “Seize the Night” with this phone as well. You can take pretty great low-light photos with this option on but you will still need to keep pretty still to make sure that some of those camera shakes don’t make it onto the final product. We did notice that there was still a fair amount of noise though but, if you’re just sharing it on Facebook, we doubt anyone would notice. 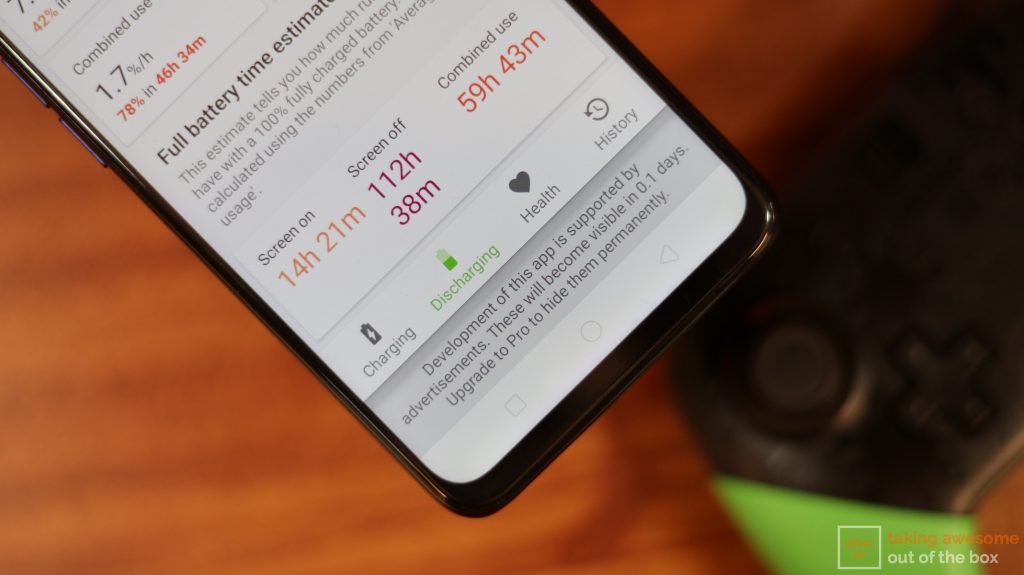 Something I really like about the OPPO F11 Pro was its lasting power. It has a 4000mAh battery that lasted us a day and a half, which is pretty much at par with other devices with the same capacity. However, anything that gets us more than a day’s worth of juice deserves a thumbs up. Our usual battery benchmark test failed a couple of times but AccuBattery estimated that we were getting over 14 hours of screen-on time on the OPPO F11 Pro without usage.

You’re also getting support for OPPO’s VOOC 3.0 on this device, which the company claims can get you a full charge in just 80 minutes and it actually lives up to it; give or take a few minutes, of course. A 30-minute wall-hugging session gave us 40-percent of juice, which is definitely on point. 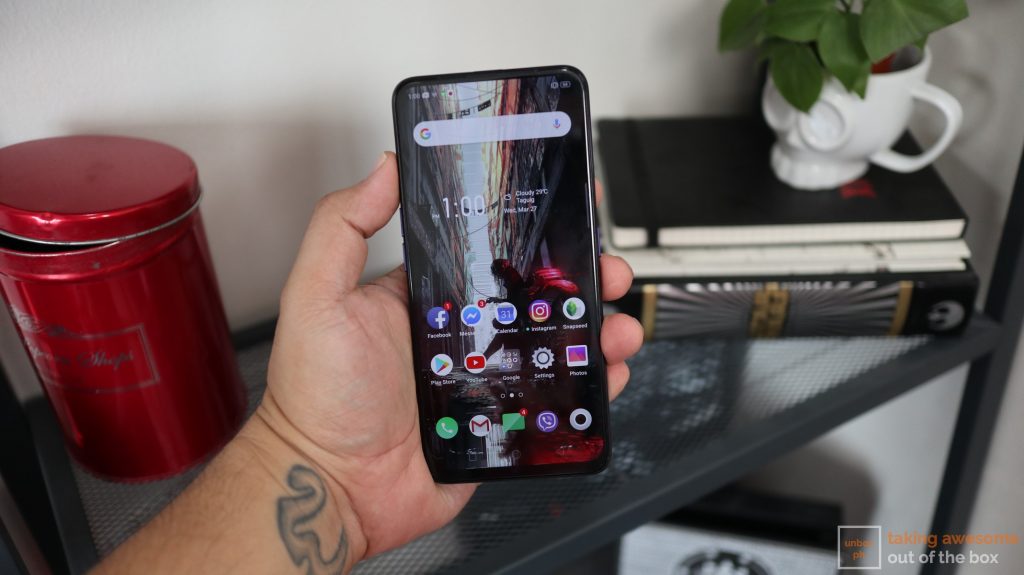 Verdict: A Hop, Skip, and a Jump

The F9 was a step in the right direction for the company who wanted to move away from the stigma that they were just “Selfie Experts” and, with the F11 Pro, they take a leap forward; stuffing a few aces up its sleeve for the journey ahead. The 48-megapixel rear shooter, the pop-up, the edge-to-edge display, and all the attractive features make for a better package that’s sure to pique people’s interests.

One part of their game that I feel they should work on is adding more muscle to their processing package. The Helio P70 is a newer SoC but the gains could have been more significant given all the tougher competition that OPPO is now surrounded by.

Another huge barrier for the F11 Pro is its sticker price of Php 18,990 since devices in the sub-10K price point have really been upping their game lately and you guys haven’t been shy on giving us your opinion on this subject matter; so the odds are stacked against them.