Display at 18:9 and a Front Camera that Helps You Look Fine

Things are definitely heating up in the mid-range segment once again with most of the big name brands in the Philippines unleashing their champions for this arena in the smartphone wars. Not to be left behind, OPPO just launched their newest Selfie Expert in their F series of phones — The OPPO F5. It’s time to show you guys what’s inside its packaging and give the phone a quick go around before its full review.

OPPO has gone a little basic with the packaging of the OPPO F5 that comes in a plain white box with only the brand’s name on it. Open it up and you’re greeted by the OPPO F5 itself; our review unit came in Gold. You also have the micro USB cable, wall charger, a pair of earphones, a bit of documentation, and a hard plastic case.

The OPPO F5 follows along what we’ve seen from the company with a few notable changes. The F5 still has a unibody design but they’ve made the switch from metal to plastic. There is, however, a metal-like coating on the back of the phone that still makes it cold to the touch.

The phone has rounded corners and edges, though the display doesn’t blend seamlessly into the frame; making it feel a little weird in the hand. However, once you slap the accompanying case on it, the ergonomics changes completely plus you get a little layer of protection for its polycarbonate plastic build.

You have the power button and access to the SIM tray on the right of the device.

We’re glad to see that OPPO has gone with a triple slotted tray so there’s no need to choose between added storage or a secondary SIM card.

On the left are the volume buttons.

And on the bottom are the 3.5mm audio jack, micro USB port, and speaker grille.

Like most devices in the mid-range segment, the OPPO F5 adopts the 18:9 aspect ratio that measures in at 6-inches at Full HD+ resolution; giving us a pixel density of 402 pixels per inch. The display is nice, vibrant and is bright enough to be used outdoors. It’s nice to have the added real estate but, as usual, not all apps adjusted to the new aspect ratio and since most content is in 16:9 expect to see those black bars when watching videos on YouTube.

Above the screen sits the 20-megapixel front camera of the OPPO F5 with an aperture of f/2.0, which has now been equipped with an AI beauty mode. Essentially, the AI functionality can detect facial features and adjust the beauty mode on the phone to an appropriate level plus, from what we’ve seen, it adds the right amount of software bokeh as well.

Flip the phone over and you have the 16-megapixel rear camera tucked on the upper left-hand side of the device. Since OPPO pulls out all the stops in its front camera, you have very little bells and whistles here but it has an aperture of f/1.8 that should help you get decent snaps as well.

The fingerprint scanner for the OPPO F5 has also been migrated to the back of the phones because of the 6-inch Full-Screen display, but it is positioned nicely for people with big hands like myself though those with smaller hands may have to make do with facial recognition to unlock the device.

Under the hood of the OPPO F5 is a MediaTek MT6763 octa-core processor that clocks in at 2.5GHz and is paired up with 4GB of RAM and 32GB of expandable storage. It’s the first time I have personally gotten my hands on a device with this chipset from MediaTek, but initial navigation through the phone has been a breeze.

Running the show is Android 7.1.1 with ColorOS 3.2 on top of it. While ColorOS has always been known to be inspired by the UI of a certain California-based company, it’s definitely more evident. You now have to swipe up from the bottom of the display to go into the quick settings, but aside from that, it’s pretty much business as usual.

That’s pretty much it for our unboxing and quick review for the OPPO F5. Stay tuned to the website to check out some of the initial photos we’ve taken using the device and check back in a couple of days for its full review.

Check out all of our posts on the F5: 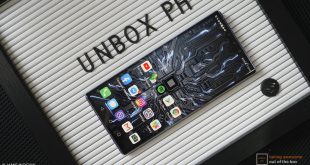