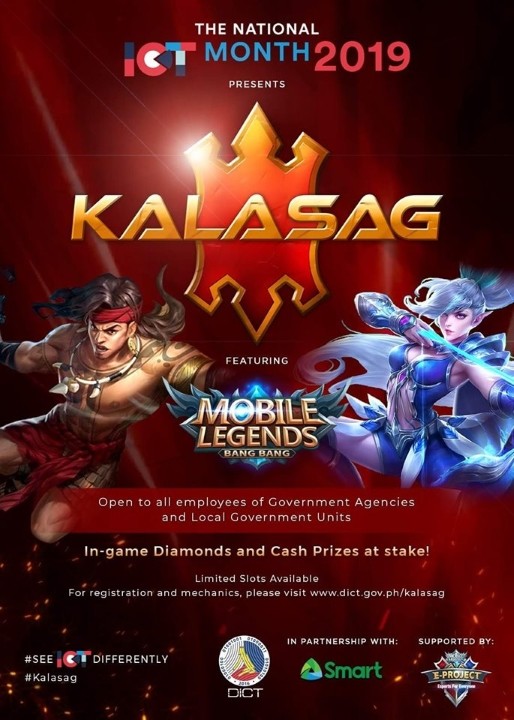 Are you a government employee and Mobile Legends player? We have good news for you – the Department of Information and Communications Technology (DICT) has officially announced that they are holding the first ever e-sports tournament led by the National Government.

Dubbed Kalasag, the event is part of the DICT’s annual celebration of the National IT month in June. The tournament will be played using Mobile Legends: Bang Bang, and will be open to all employees of government agencies and local government units and government-owned and controlled corporations.

The tourney will include 32 teams in total, which will be divided into 8 groups of 4 at random.

The event will kick off on June 9 for the Group Stage Eliminations, with the playoffs happening on June 10. Semi-finals and the championship game happens on June 11.

The event will be held at the QC Experience, Events Hall – Quezon Memorial Circle.