Acer has announced new products out of the gate at CES, and two of them run Google’s Chrome operating system. First off, the company has unveiled a new, ruggedized Chromebook, a low-tier notebook that has been built to withstand the abuses of daily use. The new Chromebook slots nicely in the 11-inch line of the portable, Chrome OS powered family and sports an 11.6 inch 1,366 x 768 display, Intel’s Celeron processor along with two configs: a 2GB RAM/16GB ROM offering or a much higher end 4GB RAM/32GB ROM.

The new Chromebook is decked out with a plastic and aluminum body that the company says is capable of withstanding 133 pounds of force exerted on the cover – which means that the little notebook can take an accidental sitting without any ill effects. Acer also says that it’ll survive a two feet drop, which is good when you’re a born klutz. The new Chromebook, which carries a CB3-131 model number, is priced at $179.99, or around Php 8.4K.

The 24-inch Chromebase, on the other hand, is touted as the world’s biggest Chrome OS-powered device, and we believe them. Packing a 23.8-inch full HD display and a choice between multiple Intel Core processors, the Chromebase 24 can be had in a config that has up to 8GB of RAM. Users can also opt for the 10-point touchscreen model if they’re so inclined, and Acer is including four microphones along with a tilting webcam as standard for the Chromebase 24. No price has been set as of yet for this model.

Finally, the budget Iconia One 8 tablet comes with modest specs for the budget minded: an unspecified quad-core MediaTek processor, 1GB of RAM, 16GB of storage and an 8-inch display. A 5-megapixel rear/2-megapixel front camera and Android 5.1 Lollipop round out the specs. No price has been set for this tablet either. 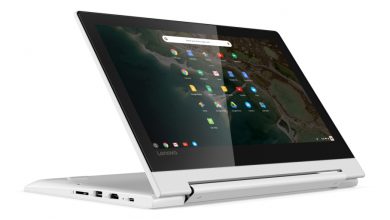 Chromebooks: What They Are And What They Can And Can’t Do Compared To Laptops