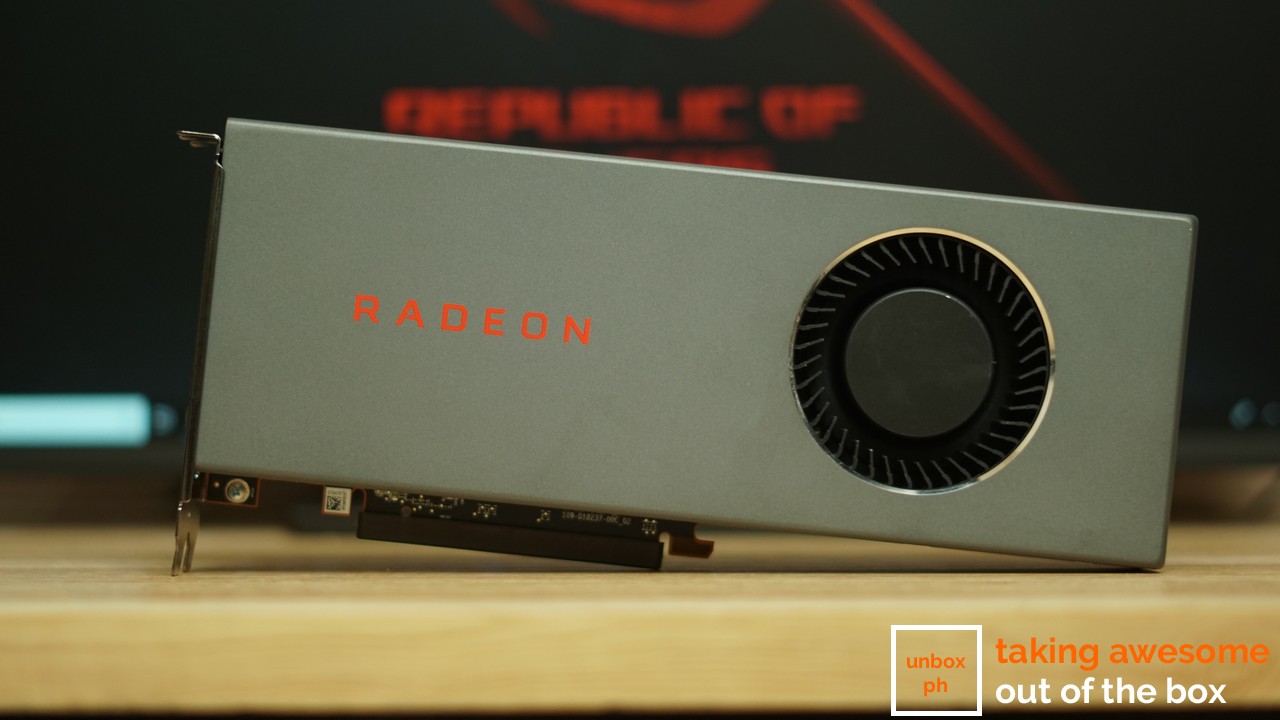 It’s finally happened: AMD got its act together and has released CPUs and GPUs that can go toe-to-toe against their rivals. The company’s Ryzen 3 series has Intel worried, delivering top-tier performance at a drastically lower price, and their RX 5700 series of GPUs is looking to challenge their long-time adversary NVIDIA in the discrete graphics front, specifically in the mid-range.

Did AMD finally do it? Spoiler alert: they did. AMD’s new RX 5700 beats NVIDIA’s RTX 2060 in many metrics, though local pricing has the red team’s GPU slightly higher, which is expected for a new slice of silicone. Let’s dive in: RDNA is the future

Before we dive into the actual card itself, let’s take a few minutes to talk about the architecture that makes the RX 5700 possible. That’s Radeon DNA or RDNA for short. The biggest changes from the previous iteration is a new compute unit design, new multi-level cache as well as a more streamlined graphics pipeline for better performance. All the changes have resulted in improved performance, up to 50% compared to the previous iteration.

The company has also shifted to TSMC’s new 7nm process for creating the GPU, which results in better overall efficiency, including thermal efficiency – something that AMD’s products have been notorious for in the past. 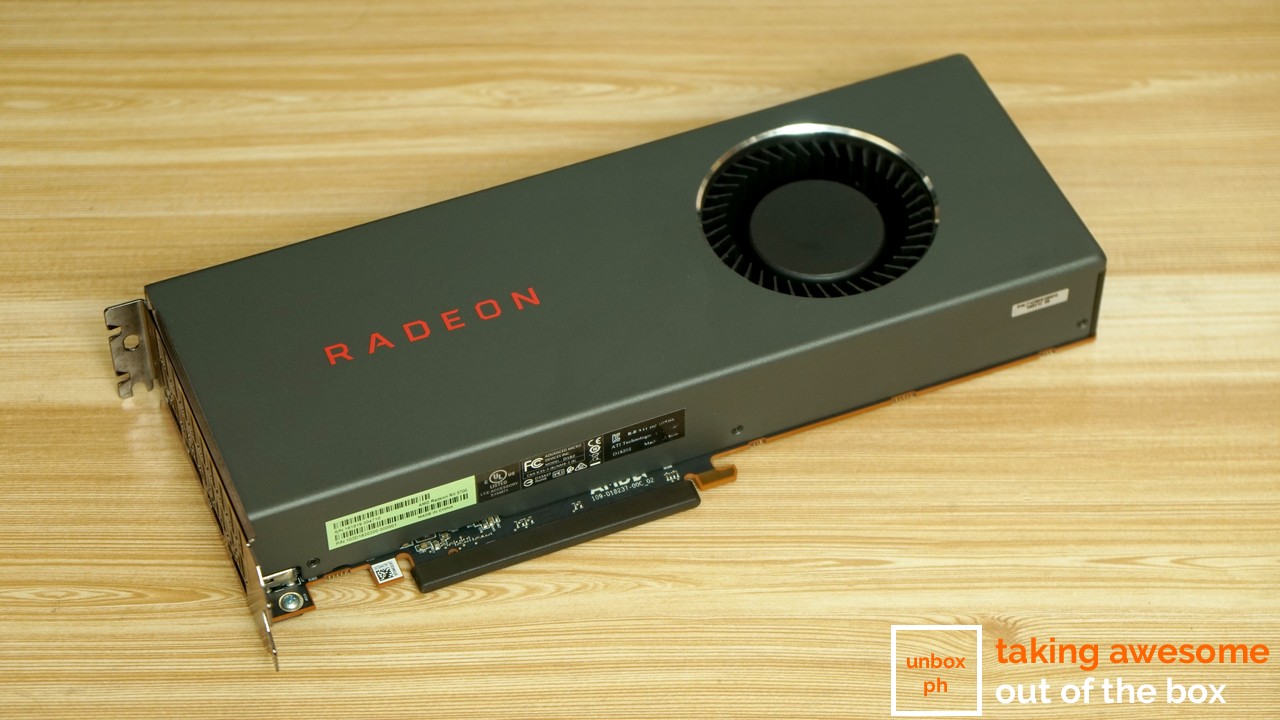 AMD’s reference card for the RX 5700 is big, chunky and is almost as heavy as NVIDIA’s RTX 2060 FE. It’s a pretty long card, so you’ll have to check physical clearances on your rigs especially if you’re the type to sport micro ATX cases. Externally the card is pretty solid, with a large aluminum shroud and a single large fan to circulate air as the card runs.

There’s no RGB lighting here as well, so if you’re the sort of person that likes that you’d be better served buying a version of the card from AMD’s partners. 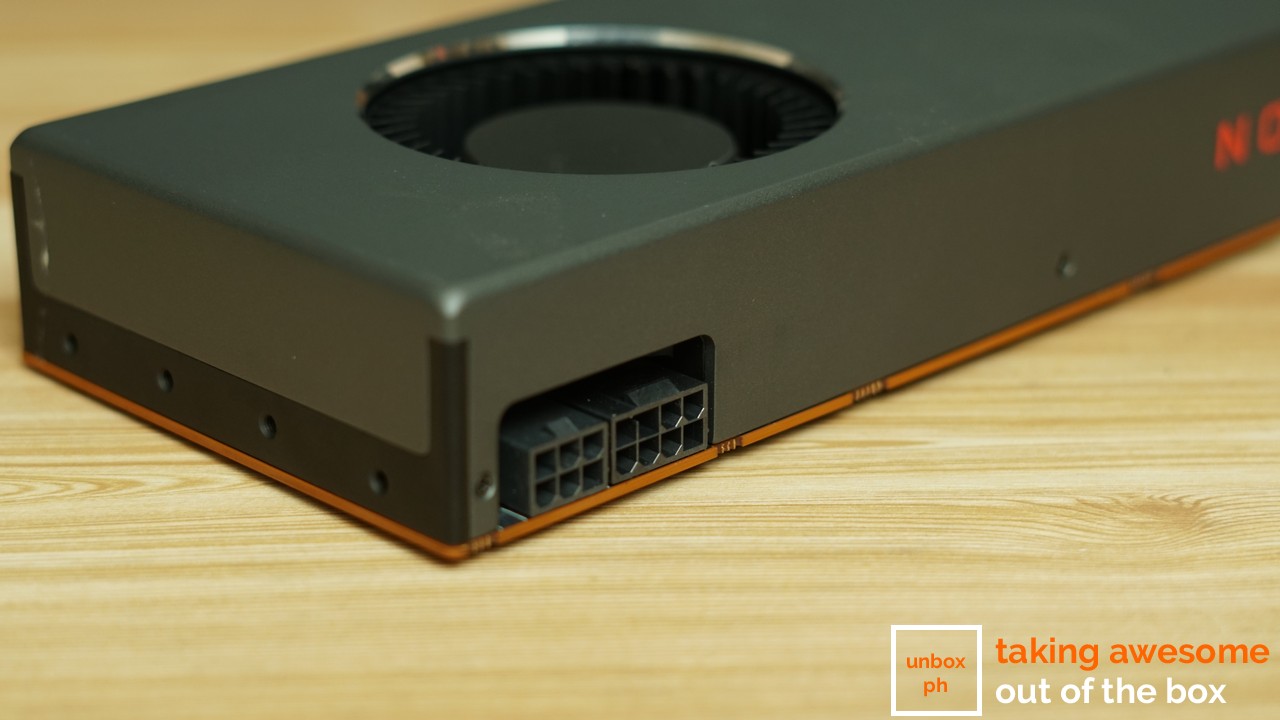 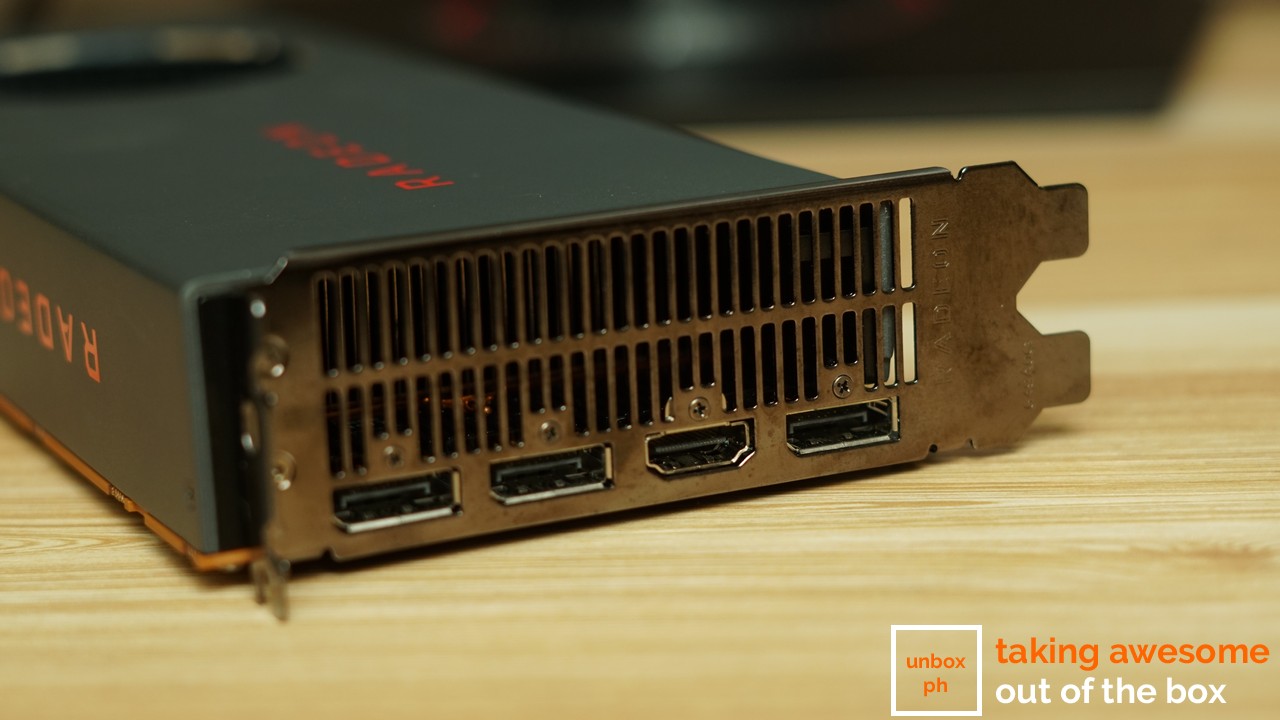 The card uses an 8-pin and 6-pin connector for power and has 3 Display Ports, as well as a single HDMI port. 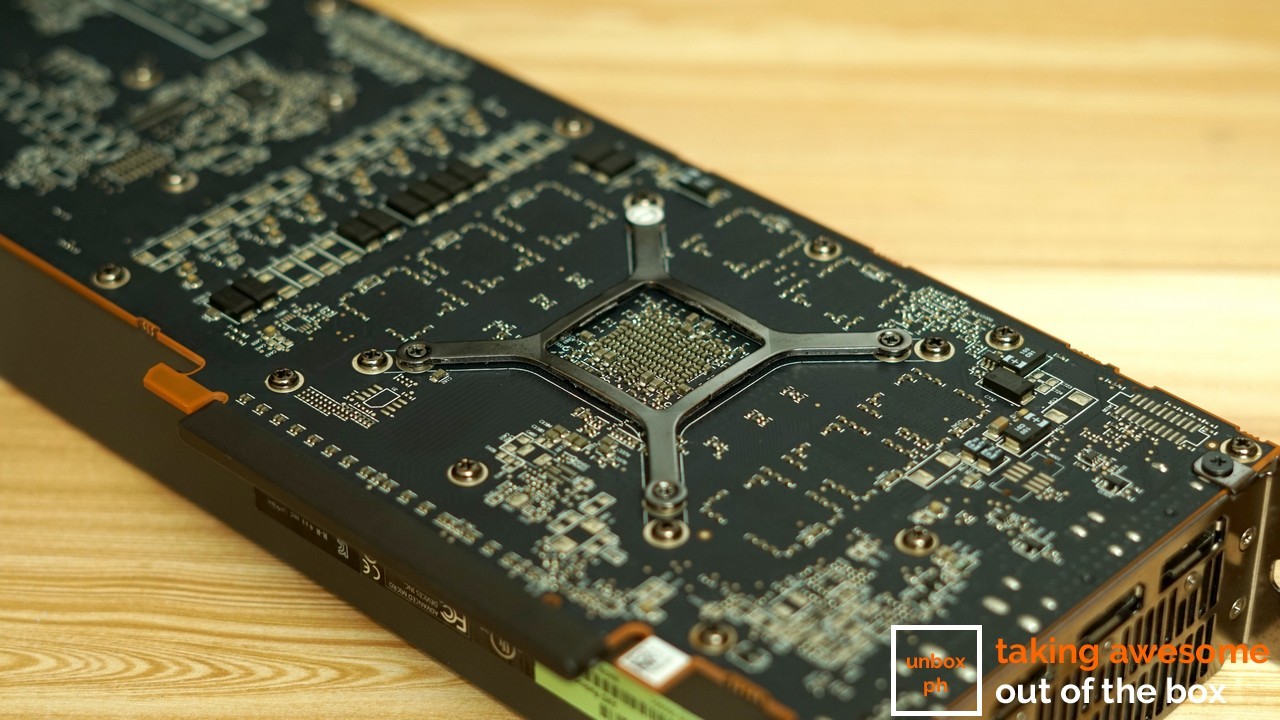 Aside from the use of the new architecture, AMD’s new GPUs also bring quite a bevy of new features to the table. The Radeon RX 5700 has PCI-E 4.0 support as well (though we weren’t able to test this during press time), future-proofing it for later builds, as well as new features like Game-Adaptive power-saving technology, Intelligent Sharpening Technology, AMD FidelityFX, and Radeon Anti-Lag, among others.

One feature that the new cards don’t have though is Ray Tracing, which is still the main appeal for NVIDIA’s cards.

With all the explanations out of the way, let’s check out the performance of the RX 5700 in games and benchmarks. We’re extremely happy that ASUS gave us a hand in reviewing this GPU, sending us their utterly powerful ROG Strix GL12CX as a reviewing base for the GPU. 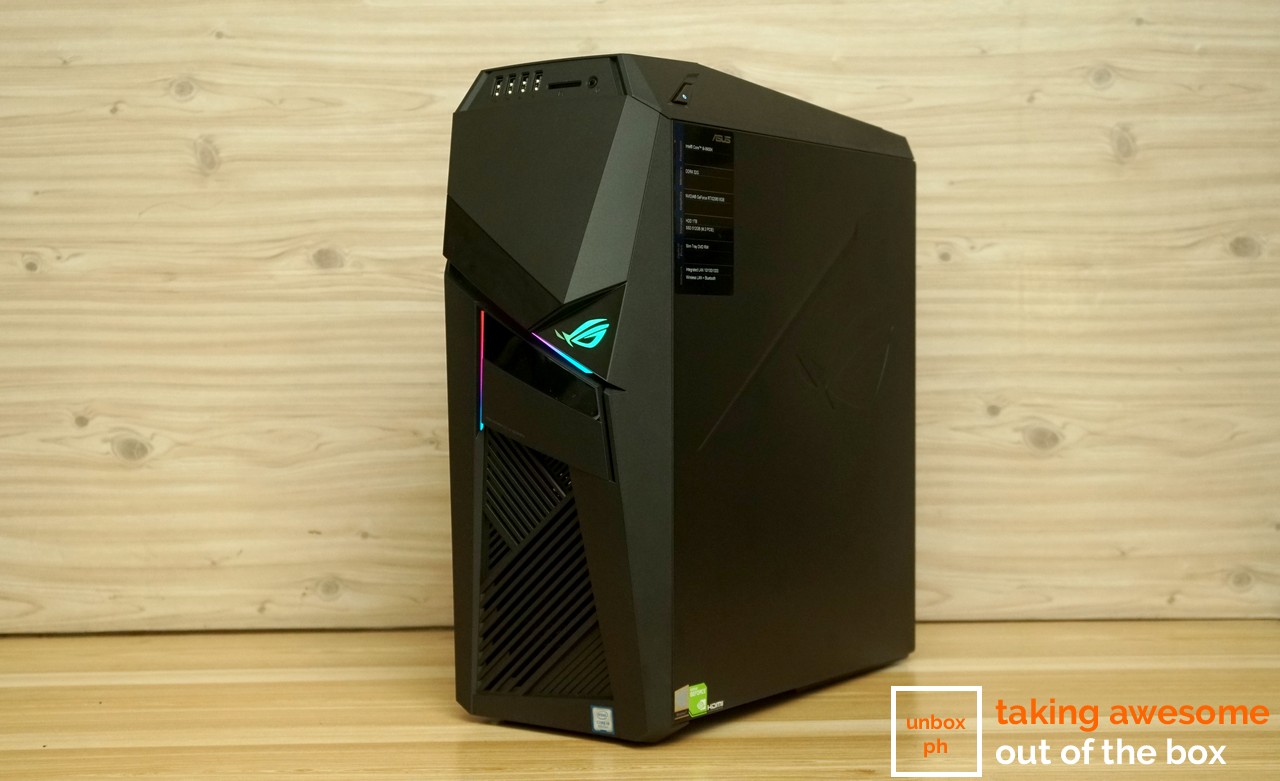 With that said, let’s get to the numbers: 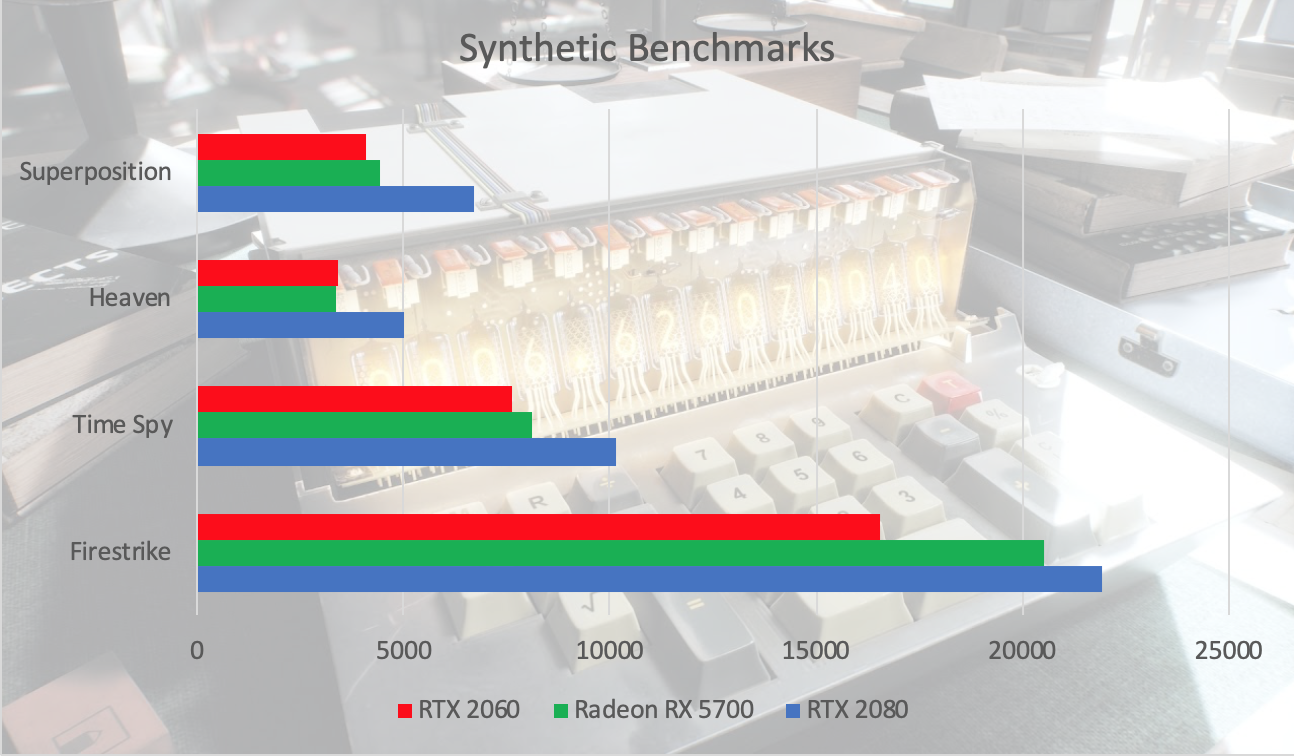 AMD’s RX 5700 manages to score higher in 3 out of 4 synthetic benchmarks against its main competitor, NVIDIA’s RTX 2060 by a fairly large margin. The RX 5700 is only beaten in the Heaven benchmark, and even then the scores are pretty close together. Let’s take a closer look at each individual bench: 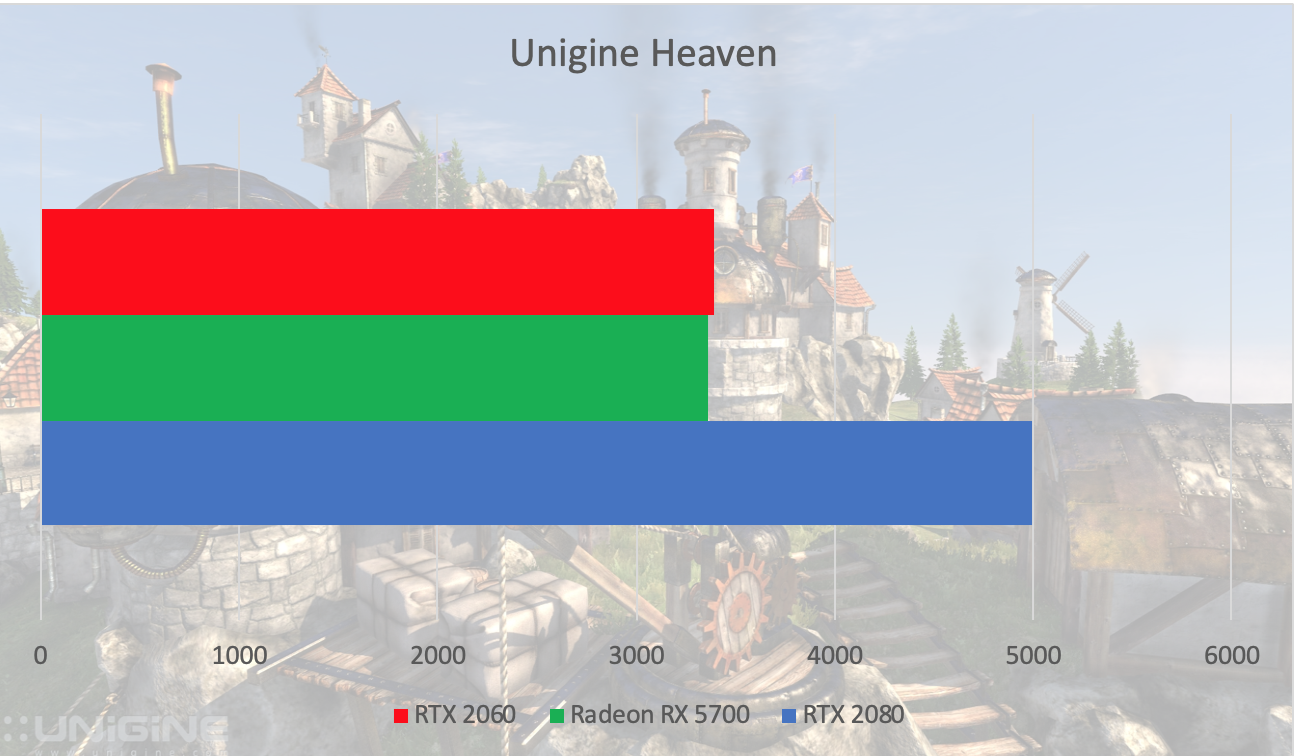 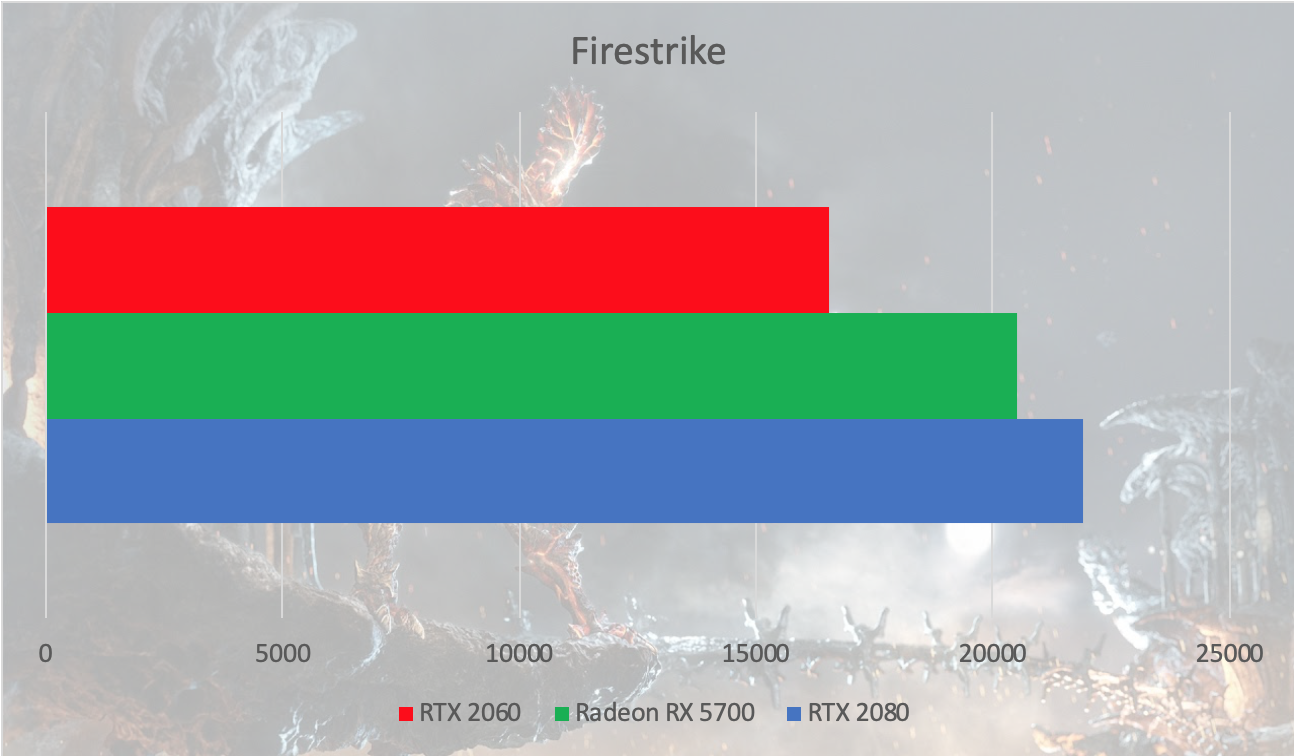 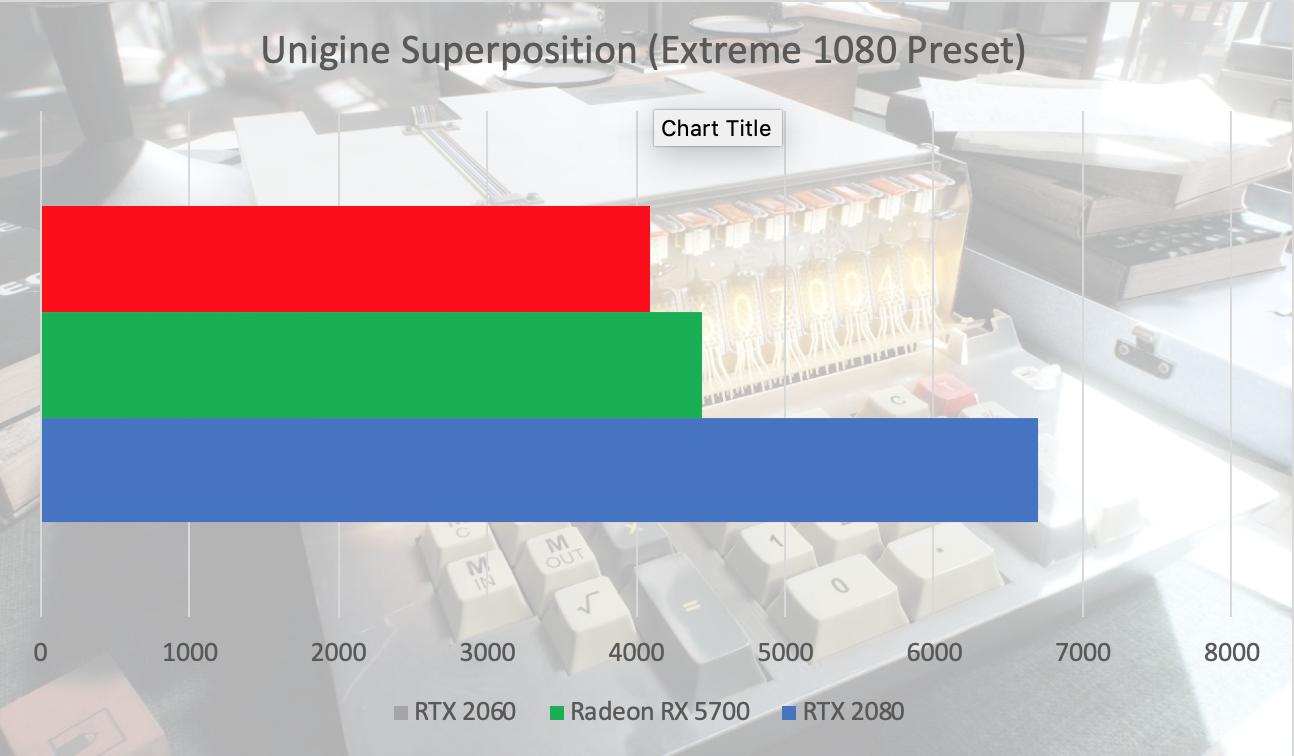 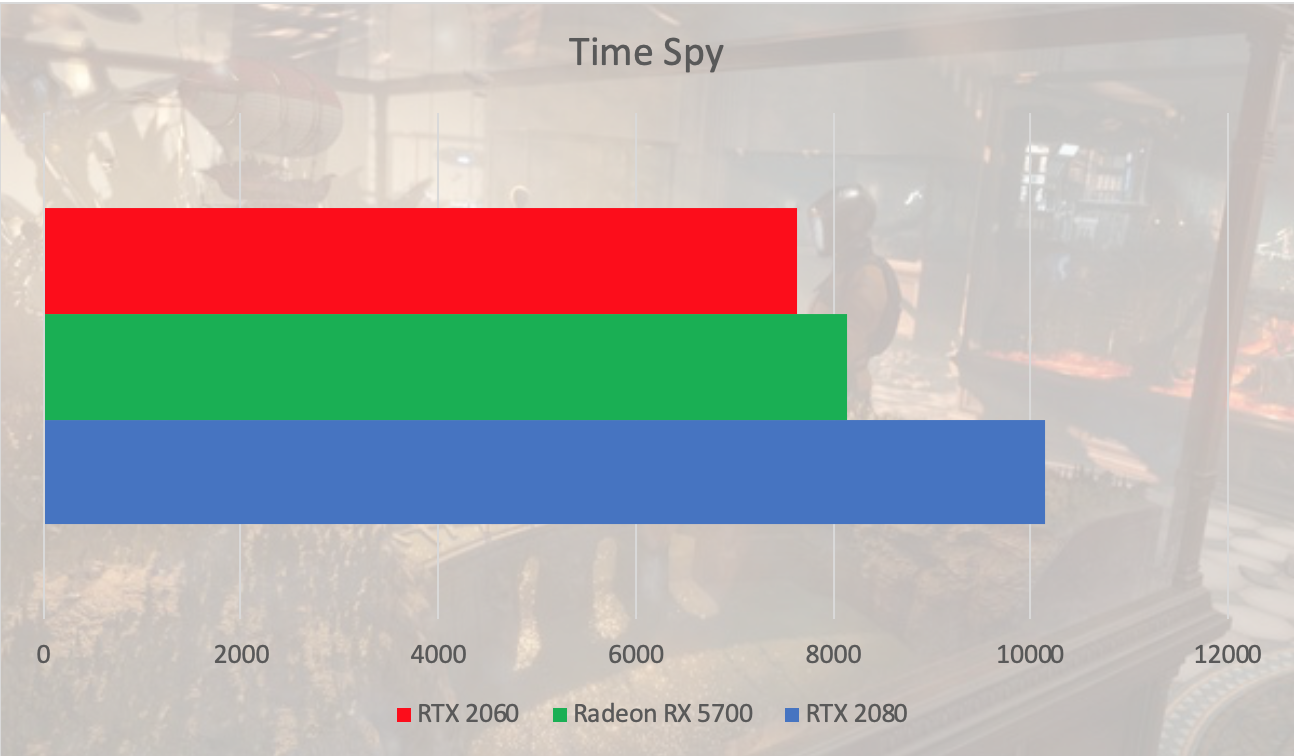 But synthetic benchmarks are, well, synthetic. How does the RX 5700 fare in real-world gaming? Check out the benches below:

*Note that all benchmarks were conducted with full HD resolution and graphics set to ultra, when applicable 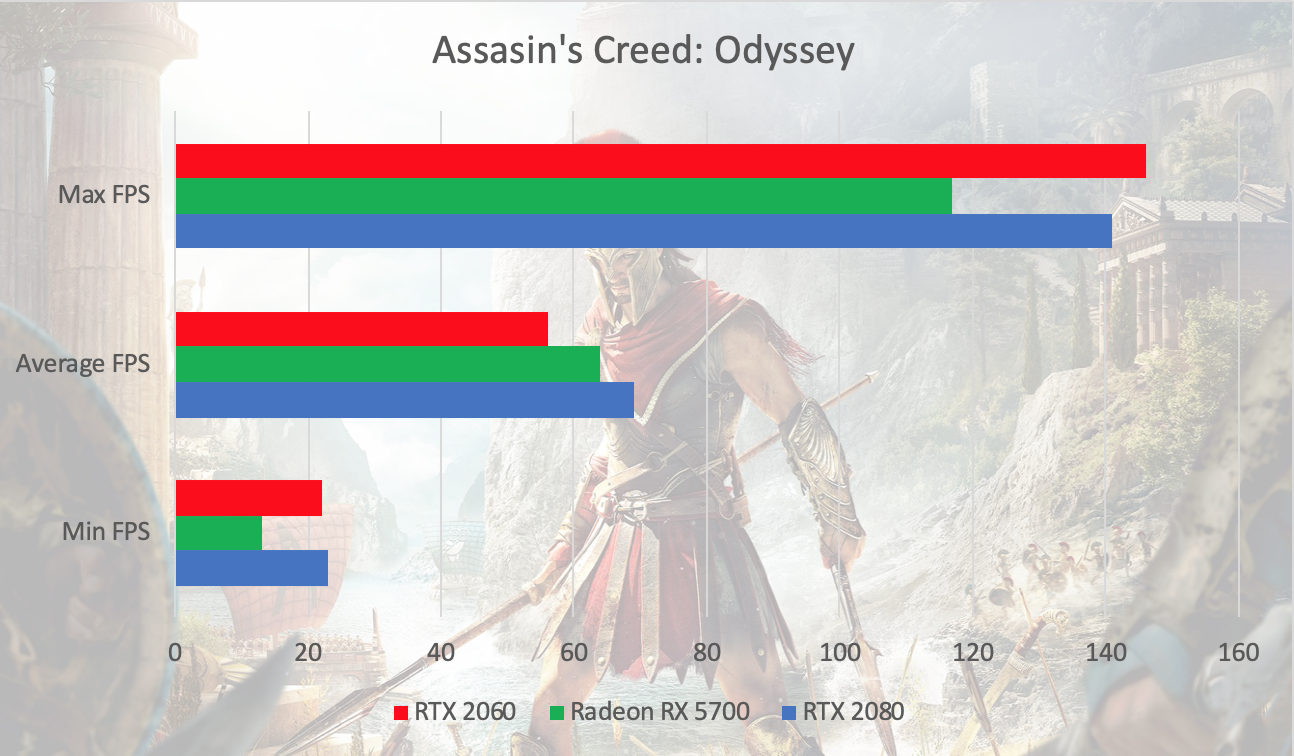 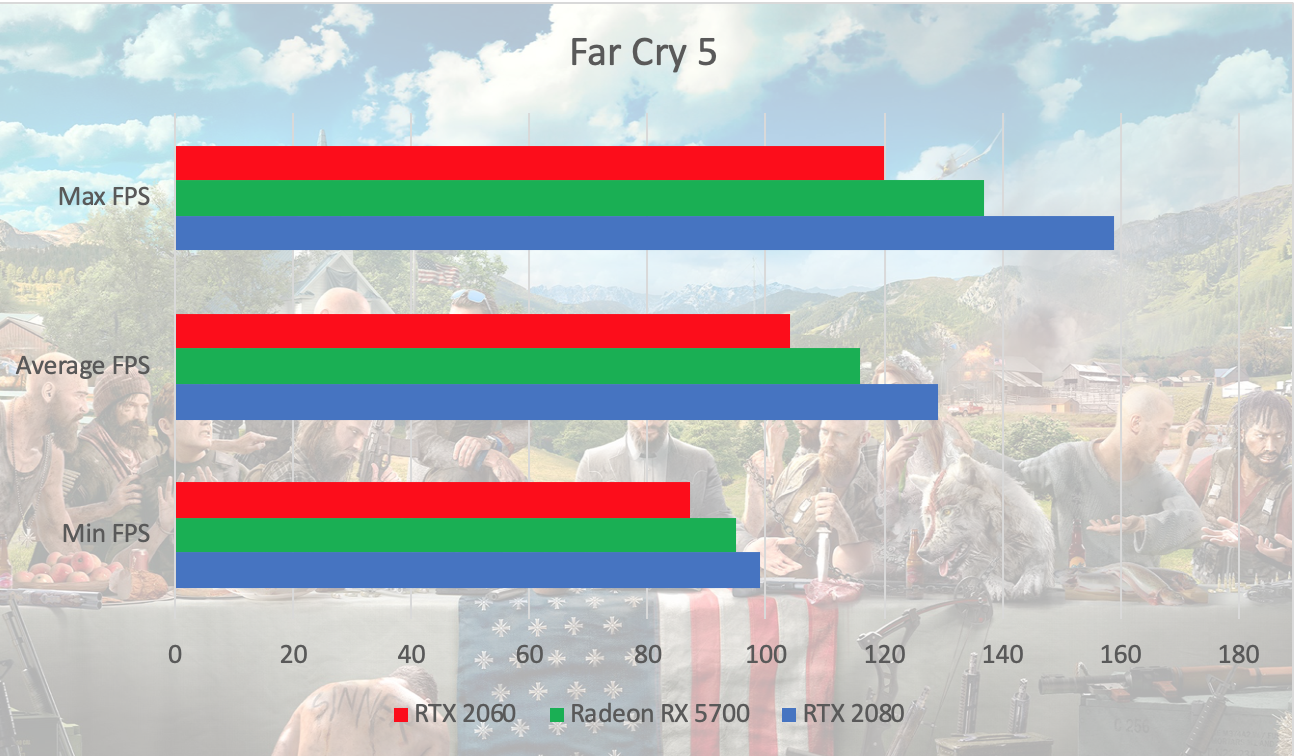 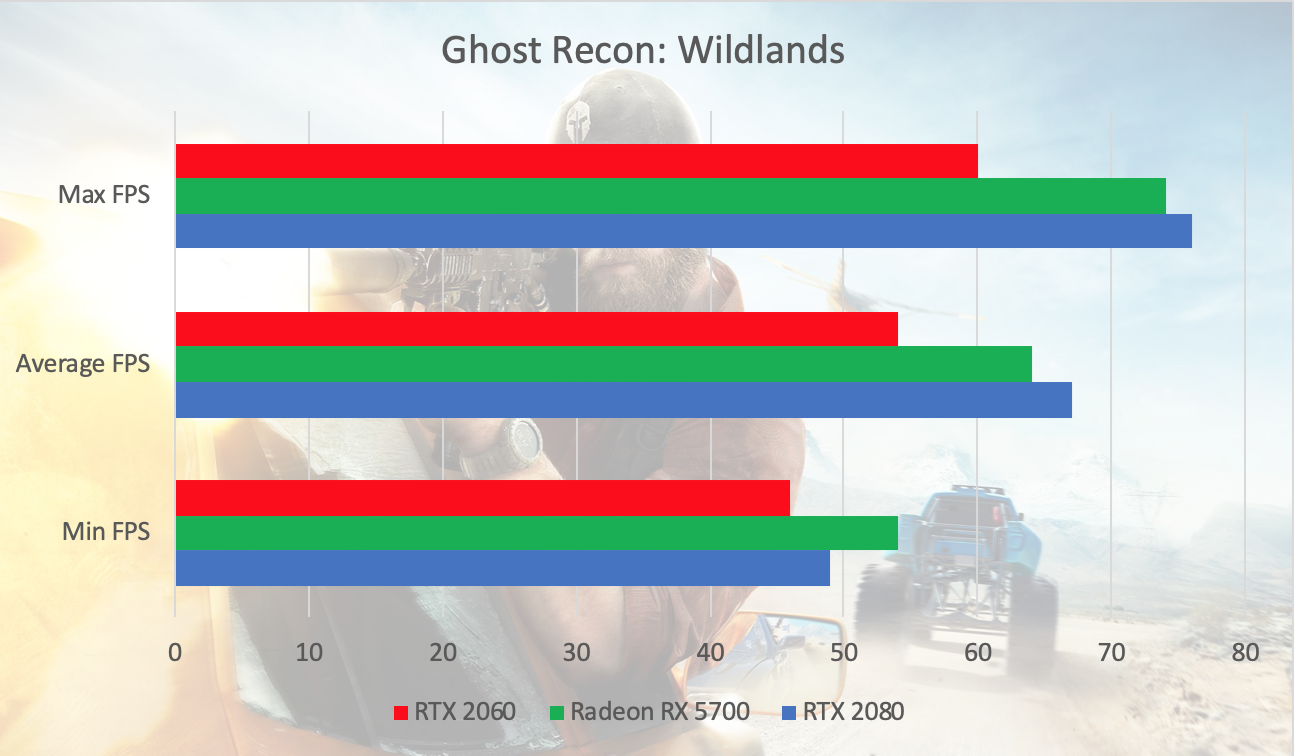 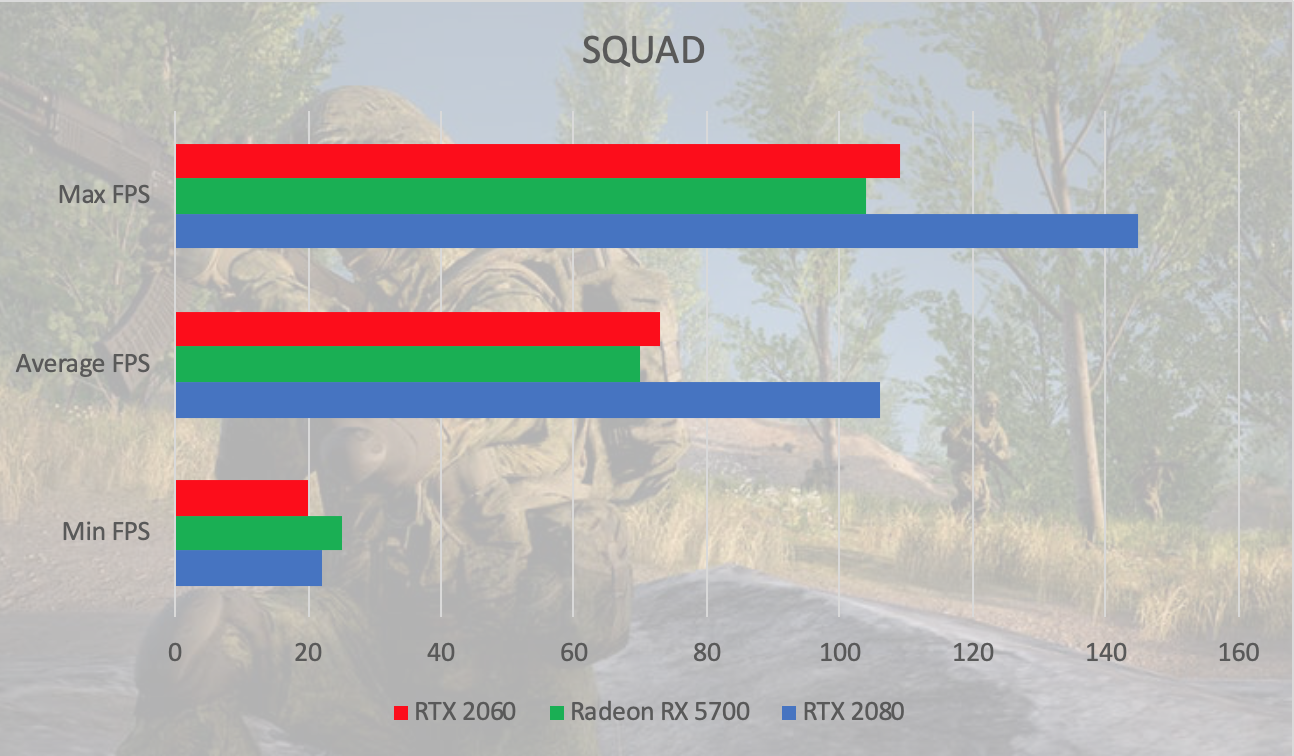 Looking at the benchmarks, the RX 5700 is beaten handily only in one game, which is Squad. Even then, it’s important to note that Squad is an early-access game so game stability isn’t that great with non-NVIDIA based cards, which may explain the RTX 2060’s win.

And while the RTX 2060 has higher max frames in Assasin’s Creed: Origins, the RX 5700 had better average frame rates (which is more important, in our opinion). In games like Ghost Recon: Wildlands, the performance gap between the two open up, and approach the RTX 2080 pretty closely in terms of performance, a fact that we weren’t ready for.

One of the things that NVIDIA has over the RX 5700 is RTX since neither it or the higher tier RX 5700 XT has RTX capability. Then again, not many games currently support RTX so that might not be a huge consideration for some. Verdict: A good value mid-range card that can go head to head against NVIDIA’s RTX 2060

AMD’s new batch of GPUs is just what the company needed to finally be able to compete with NVIDIA’s mid-range cards. AMD has the RX 5700 price pegged at Php 20,873, though some sellers like PCHub are selling cards under Php 20K if you pay with cash.

Of course, NVIDIA isn’t taking AMD’s challenge lying down, and have released an updated version of the RTX 2060, dubbed the RTX 2060 Super. We didn’t have a review card with us to compare against, though those are priced a little higher, at around Php 22.3K (cash) at the same place.

As for the RTX 2060, you can get it as low as Php 18.3K, though again we expect the RX 5700’s performance to get even better as more drivers and more games are optimized for it, so if you’re looking for a good card under the Php 20K mark, then AMD’s RX 5700 might be for you. 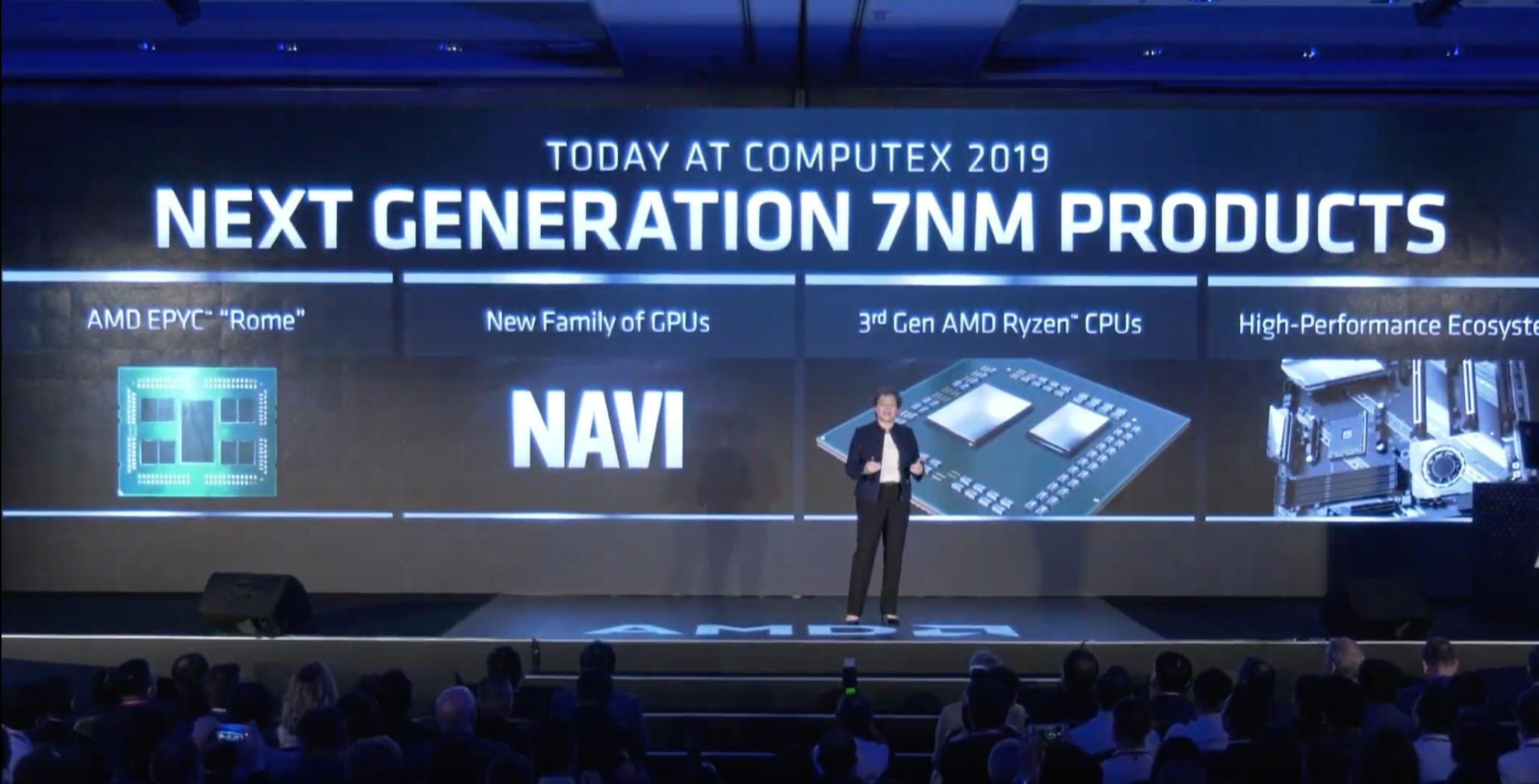