We review the ROG Zephyrus!

There’s a fair amount of gaming notebooks in the market big and small, and while many of them are still technically notebooks, their size and bulk make them difficult, if not impossible to take with you. It’s one of the things we’ve come to expect from gaming laptops from the get-go: the more powerful they are, the bigger and bulkier they get. Even Razer’s Blade Pro was still pretty sizable, despite being the defacto standard for thin and light gaming notebooks.

That is, until ASUS announced the ROG Zephyrus.

The Zephyrus is, quite possibly, the thinnest gaming notebook ever made that has discrete GTX 1080 graphics. And while there’s quite a few compromises made to make the notebook thinner than most ultrabooks on sale today, it’s all worth it, since you won’t be able to find a notebook that’s as thin and powerful as ASUS’ new baby.

Thin and light, though there’s compromises to the user experience

We’ve already gone through the Zephyrus’ design when we first saw it in COMPUTEX a month ago, but let’s recap, shall we: the GX501 Zephyrus is the first notebook from ASUS that takes advantage of NVIDIA’s new Max-Q design solution. In a nutshell, Max-Q is a combination of design, thermal and electrical solution that allows manufacturers such as ASUS to squeeze NVIDIA’s powerful GTX 1080 graphics card into a extremely small space.

As a result of NVIDIA’s tech and ASUS’ engineering, the Zephyrus clocks in at just 16.9mm when the lid is closed, making it the thinnest gaming notebook in existence today. It’s also incredibly light for a gaming notebook, coming in at just over a kilo in weight. That’s a big deal – regular gaming notebooks that have NVIDIA’s Pascal-powered GPUs usually clock in at 25mm above and weigh over two kilos or more on average.

The design aesthetic of the Zephyrus is quite different compared to the other notebooks in ASUS’ ROG lineup, sporting hard edges and lines, along with an aluminum chassis and lid. ASUS obviously wanted the Zephyrus to look completely different from the other gaming laptops that they offer.

Squeezing a GTX 1080 into such a thin chassis comes with a few design compromises, Max-Q or no. The smaller the space, the hotter it gets, so ASUS placed all the important bits along with the GTX 1080 into the space that’s usually reserved for the keyboard.

Their ingenious Active Aerodynamic System (AAS) which creates an additional 6mm space when the lid is opened for better ventilation and perforated holes on the top all work in unison to keep the notebook cool. ASUS also uses AeroAccelerator fans that have specifically designed to move air around the chassis without creating too much noise.

Because of the unique cooling solution used on the Zephyrus, ASUS had to move the keyboard at the bottom edge of the chassis, with the touchpad moved the right where the number pad usually goes. Despite having a 15.6-inch, full HD display, the Zephyrus has a keyboard that feels like it would be more at home in a 13-inch notebook. They’re small, smooshed together and rather cramp.

On the upside users will be able to completely customize them thanks to the Aura lighting system of ASUS, and the touchpad can be quickly switched over to a number pad with a push of a button. The Zephyrus also comes with a wrist rest so you don’t get carpal tunnel when you’re gaming with it.

Speaking of the display, the Zephyrus has a 15.6-inch, full HD, 120Hz G-Sync certified panel that looks gorgeous no matter what you use it for. It performs well even under direct sunlight, and covers the full sRGB color gamut which should please prosumers and pros alike when used with photo-editing and video editing software.

Just like any good gaming notebook, the Zephyrus comes with a bevy of connections, including 4 USB 3.0 ports, an HDMI port and a reversible Type-C for Thunderbolt connections.

It’s technically a GTX 1080, but it’s not as fast as the desktop version

While the Zephyrus technically has GTX 1080 graphics under the hood, it’s not the same 1080 that beats in desktops or even previous gaming machines. NVIDIA’s Max-Q tech ensures that the GTX 1080 that powers the Zephyrus is more power-efficient than the desktop version and consumes less power – 90 to 110 watts compared to the typical 150 watts for a desktop GTX 1080.

While that means better power efficiency and ultimately, less heat, it also means that the GTX 1080 that’s in the Zephyrus runs at a lower clock – 1,101MHz to 1,290MHz and boost clocks of 1,278MHz to 1,468MHz. That means that the Zephyrus has less number crunching power compared to a similarly-equipped non Max-Q notebook.

It’s a definite compromise, but from what we’ve seen during the test, we’d gladly trade a bit of power if it meant we get a slimmer, easier to carry notebook around with us.

We’ve shown you the ROG Zephyrus’ performance in synthetic benchmarks, but how does it perform with actual games? Well, see for yourself below. Take note that all the games were benchmarked under their highest possible graphics setting (ultra or equivalent).

Long story short: the Zephyrus delivers high frame-rates for most games currently in the market with higher than 60FPS framerates on average.

Thermal performance for the Zephyrus is pretty good too – under full load, the hottest that the notebook ever got was around 50 degrees celcius, in the hotspot near the ROG eye in the middle of the chassis. As warm as that is, it’s not a place your hands will wander to. As for the keyboard, it stayed rather cool at around 34 degrees. Take note that the temperature readings were taken in a room without air-conditioning, with an ambient temperature of 31 degrees at night. Even under full load, we could barely hear the fans of the Zephyrus running full tilt.

Terrible battery life, but that’s par for the course

Equipped with a 50Whr battery, the Zephyrus needs to stay plugged into the wall to be of any use. While there’s no artificial throttling employed when the notebook isn’t plugged in, the battery gets depleted, fast. Regular, non-gaming use will see the power bar fall from 100% to 0% in around an hour and a half. It’s miserable battery life for sure, but it’s something we all expect from a gaming notebook.

Its Php 179,995 price tag might break your wallet though, but considering how incredibly thin and light it is and the amount of power that it brings to the table, the price of admission is more than worth it. 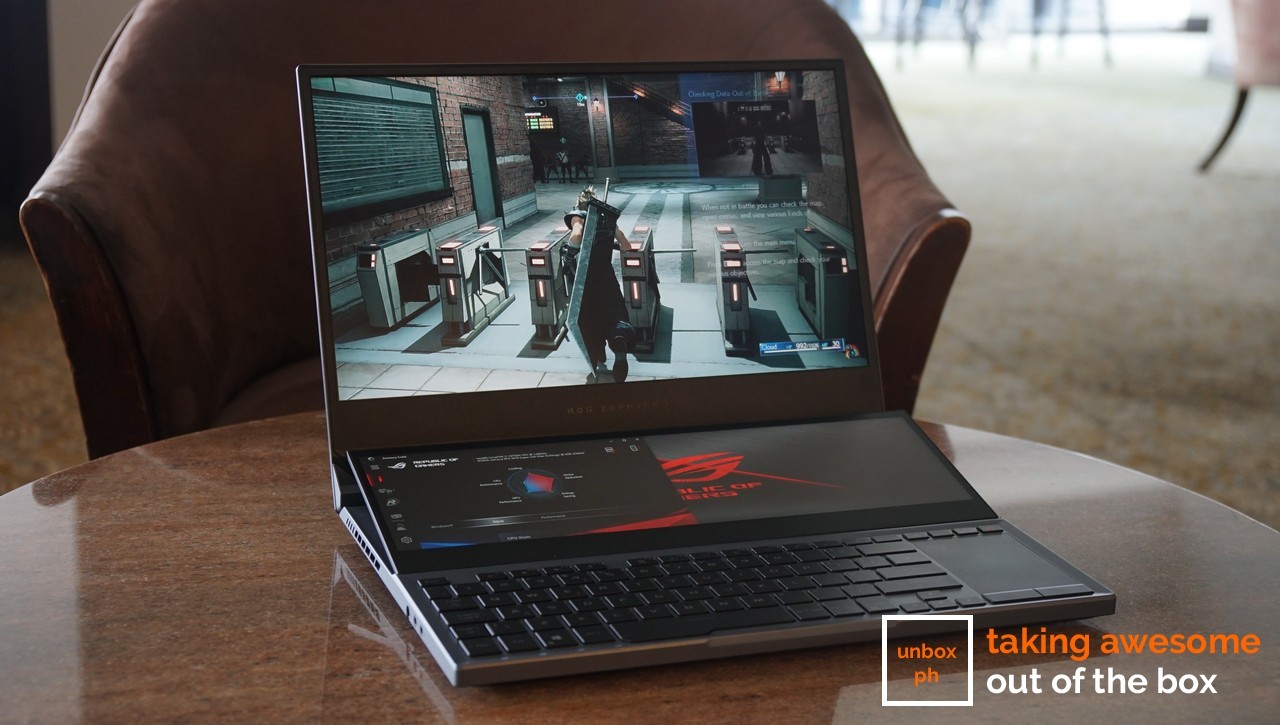 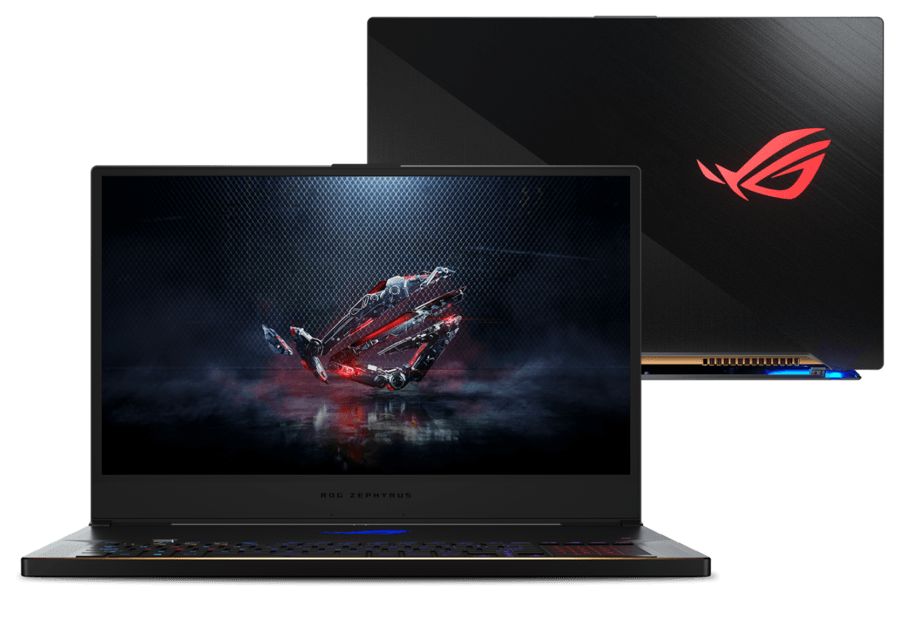 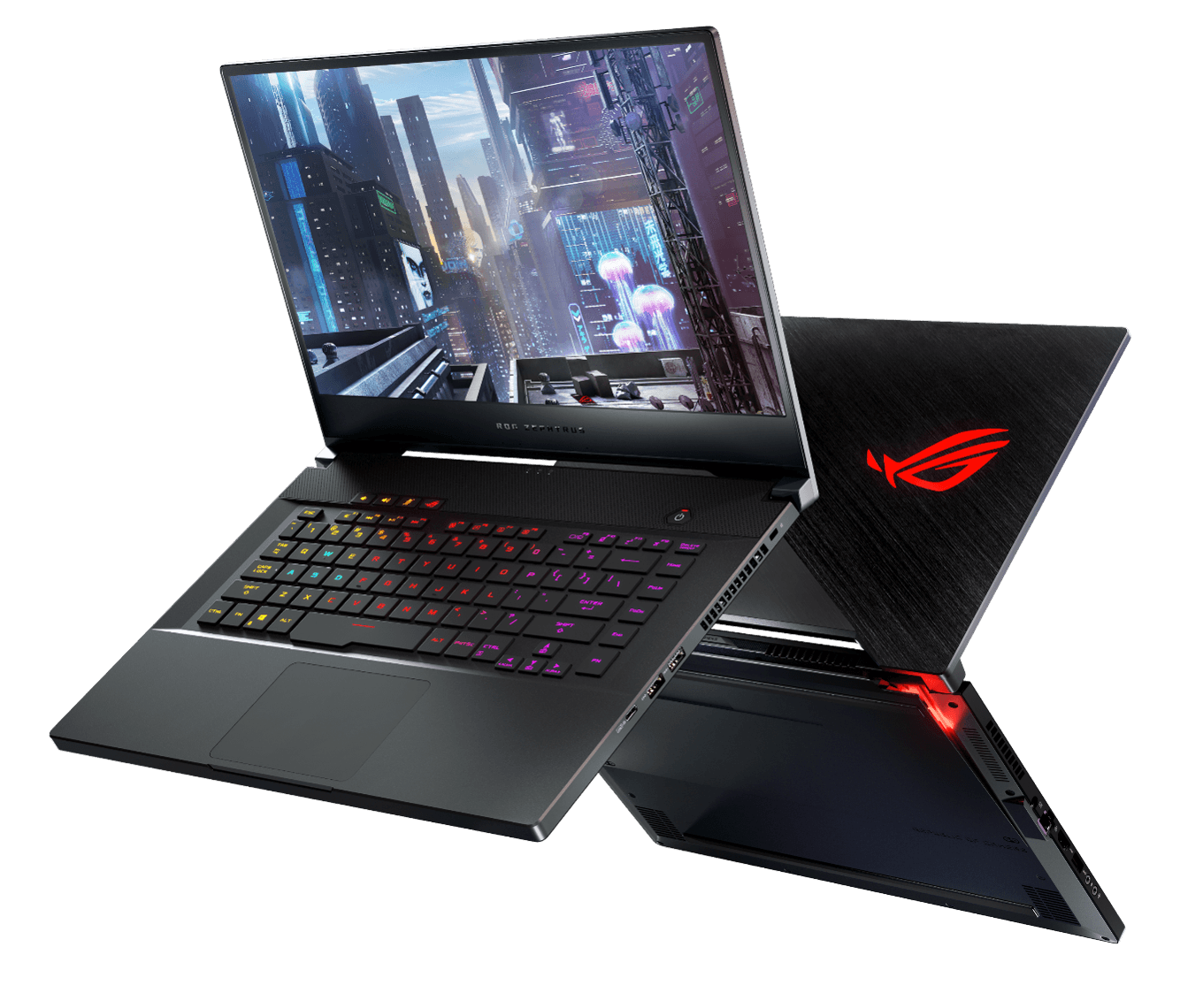