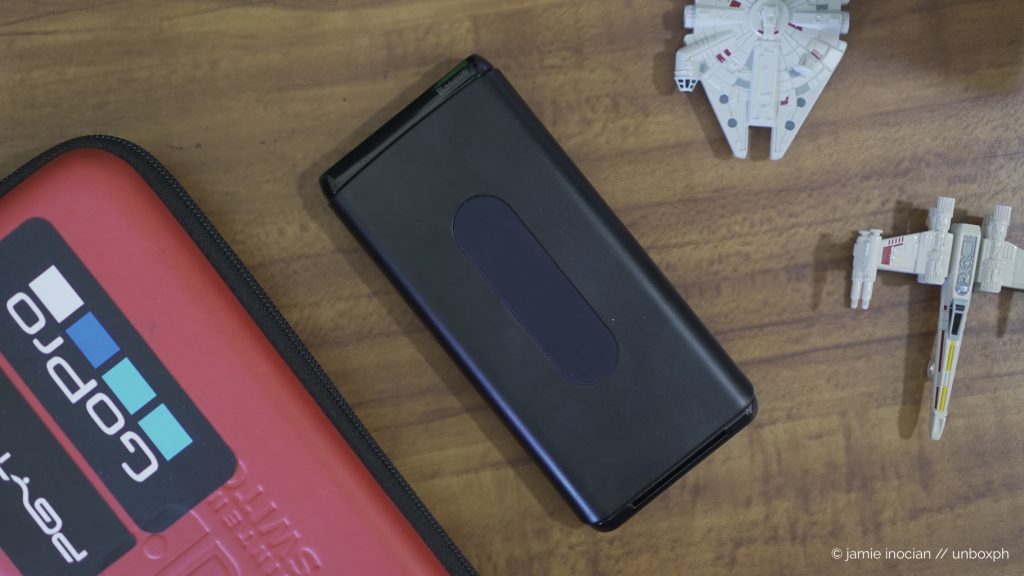 No Cable, No Problem!

Back when this Tito started helping out at Unbox all those years ago, I remember that powerbanks were all the rage. It was a way to juice up your phone on-the-go without being a slave to rare power outlets at a coffee shop that was probably taken up by a student working hard on their paper. Nowadays though, powerbanks are passé or at least something that pretty much everyone has in the every day carry (EDC). That was what was in our heads when the folks over at Baseus said they were sending over one of their new powerbanks to check out but it looks like I’m going to be replacing the one I currently bring with me all the time. As you probably read in the title, we’re taking a look at the 10000mAh Wireless Powerbank from Baseus. 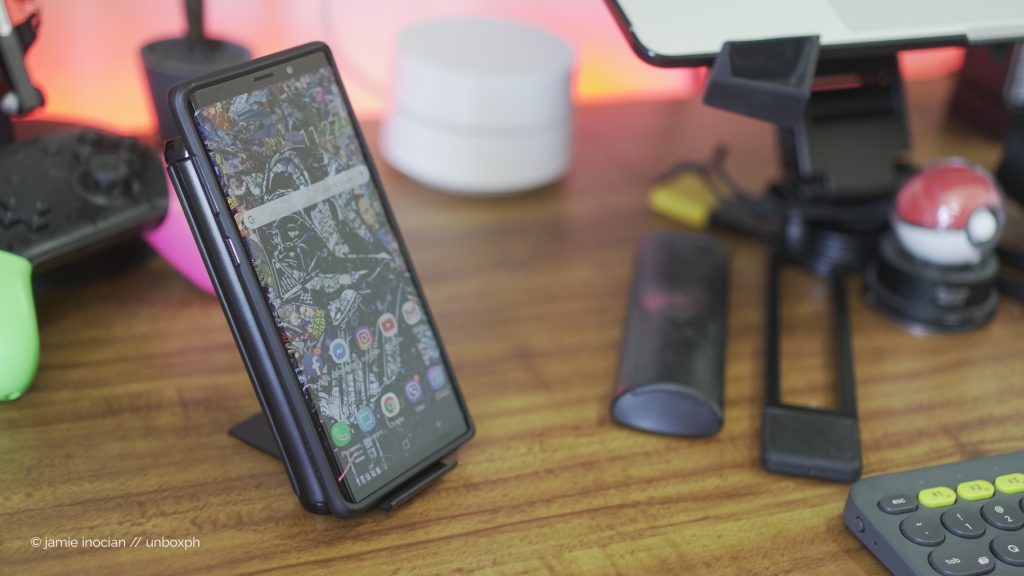 If you’ve seen one of our “What’s In Your Bag?” articles from before, you know that I tend to carry a lot of stuff with me when I’m out and about: cameras, lenses, extra batteries, laptop, etc. with all of that stuff in my bag, I tend to leave out USB-C cables to charge my phone. (I know, right!) It does happen though. This is why I love it that this specific power bank can charge your phone wirelessly.

It takes a little longer than usual to top up than when you are hooked up to it directly but the fact that you can just plop this on your desk and set your phone on top of it to charge it is awesome. Plus, you can always help out one of your friends that’s in need of juice whether they’re on iOS or on an Android device without the whole Lightning Cable/USB-C conundrum.

In case you do need to top up fast, it does support Quick Charge 3.0 so tether up if you’re really in a hurry. 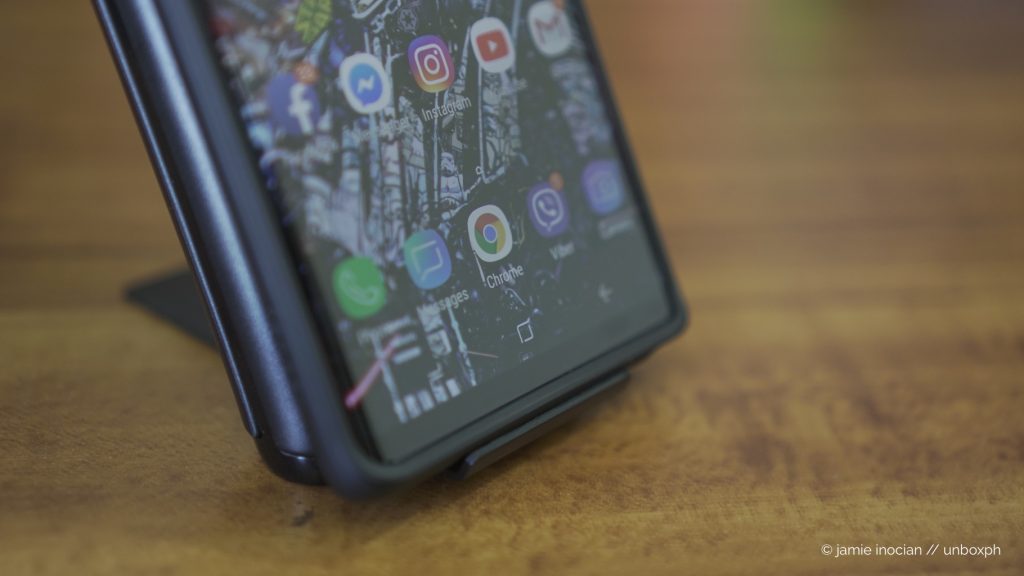 It’s a Phone Stand Too!

There’s a metal piece on the back of the powerbank itself that’s held by a magnet that you can slide into a slit, which you can then use to prop up your phone so you can easily see notifications while you’re working on your laptop. It’s not something you really expect out of a powerbank but at least you have the option.

If you’re worried about the metal plate falling, we’ve tried to shake it around vigorously and it stayed on so no problems there. 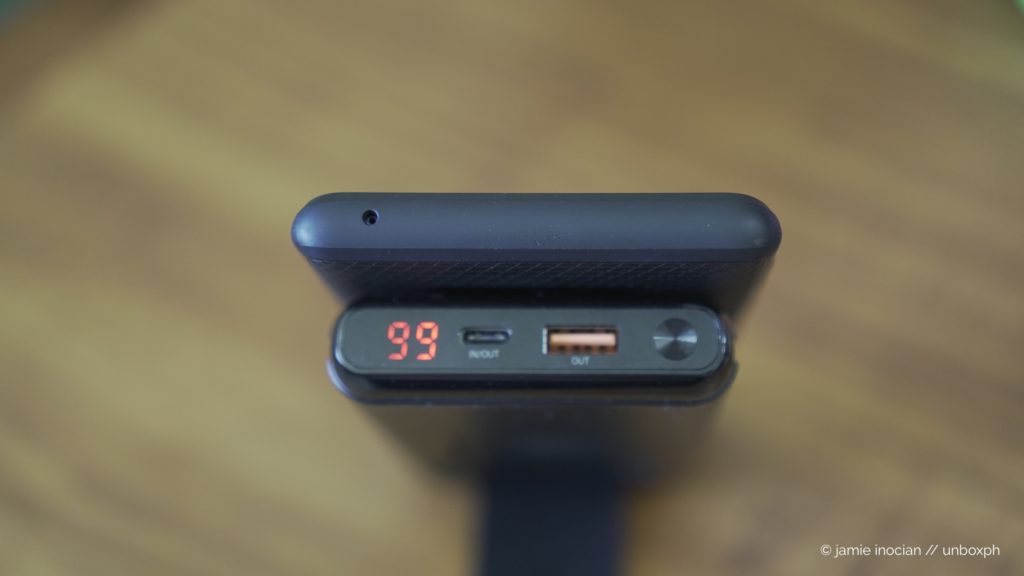 One feature of this device from Baseus that I appreciate is that it uses a digital battery indicator to let you know how much juice it has left. Most of the powerbanks we’ve been using have three to four lights to let you know when its time to top up and it can get quite frustrating when you’re down to just one light and in a hurry because that can either mean you have 25-percent capacity left or 5-percent; leaving you with a dead phone in the end. With this one, you know exactly when it’s time to plug it in for a recharge. Again, a very simple idea (that some other brands incorporate) that’s very welcome in my book.

It’s Not Perfect Though.

Despite everything good we’ve said about the Baseus Wireless Powerbank, it does have a chink in its armor — its durability.

While these things aren’t meant to be tossed around, there are unavoidable accidents that send them to the floor. Ours happened to take a tumble at about table height and it did receive a bit of crack, which is slightly alarming if you do anything on the rugged side of things. 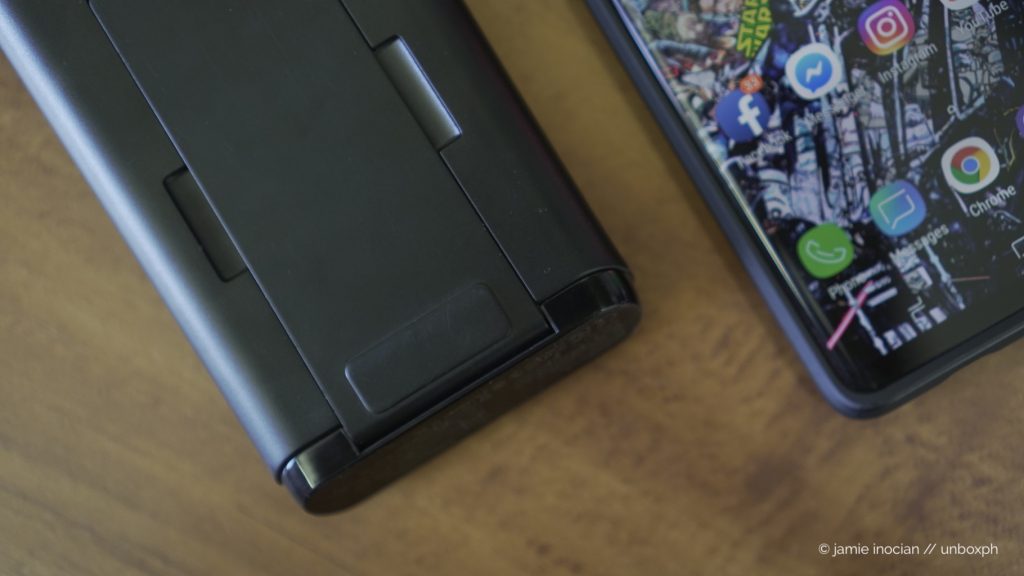 Should It Be Part of your EDC?

The 10000mAh Baseus Wireless Powerbank definitely has its perks and its pitfalls but its been an awesome addition to our pack. Wireless charging is a boon and Quick Charge 3.0 definitely helps us top up our device faster as well but should it make it into your EDC?

Well, obviously, if your phone doesn’t support wireless charging… SKIP IT. If it does then there are a few things to consider, it’s priced pretty competitively against other big name brands in the powerbank game that offers Quick Charge 3.0 support as well at Php 2490, which is certainly a plus on its side. On the flip side, it showed a fair bit of damage after a slight tumble is a bit of a concern though so if you’re known to be the friend with butterfingers then maybe this isn’t the powerbank for you.

If you feel that being able to charge your phone wirelessly on-the-go is a must-have feature, then this is definitely a solid option for you.

Check Out The Triple Camera Layout Of The Galaxy S10

BPI Partners with Smart, Globe for Free Access to their New Mobile App 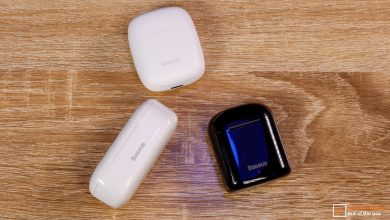 Baseus Brings its Encok TWS Earbuds to the Philippines 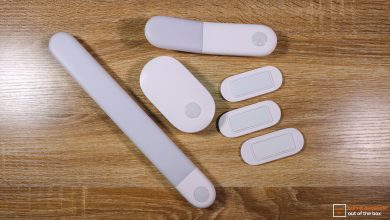 Baseus Brings its Home Lighting Collection to the Philippines 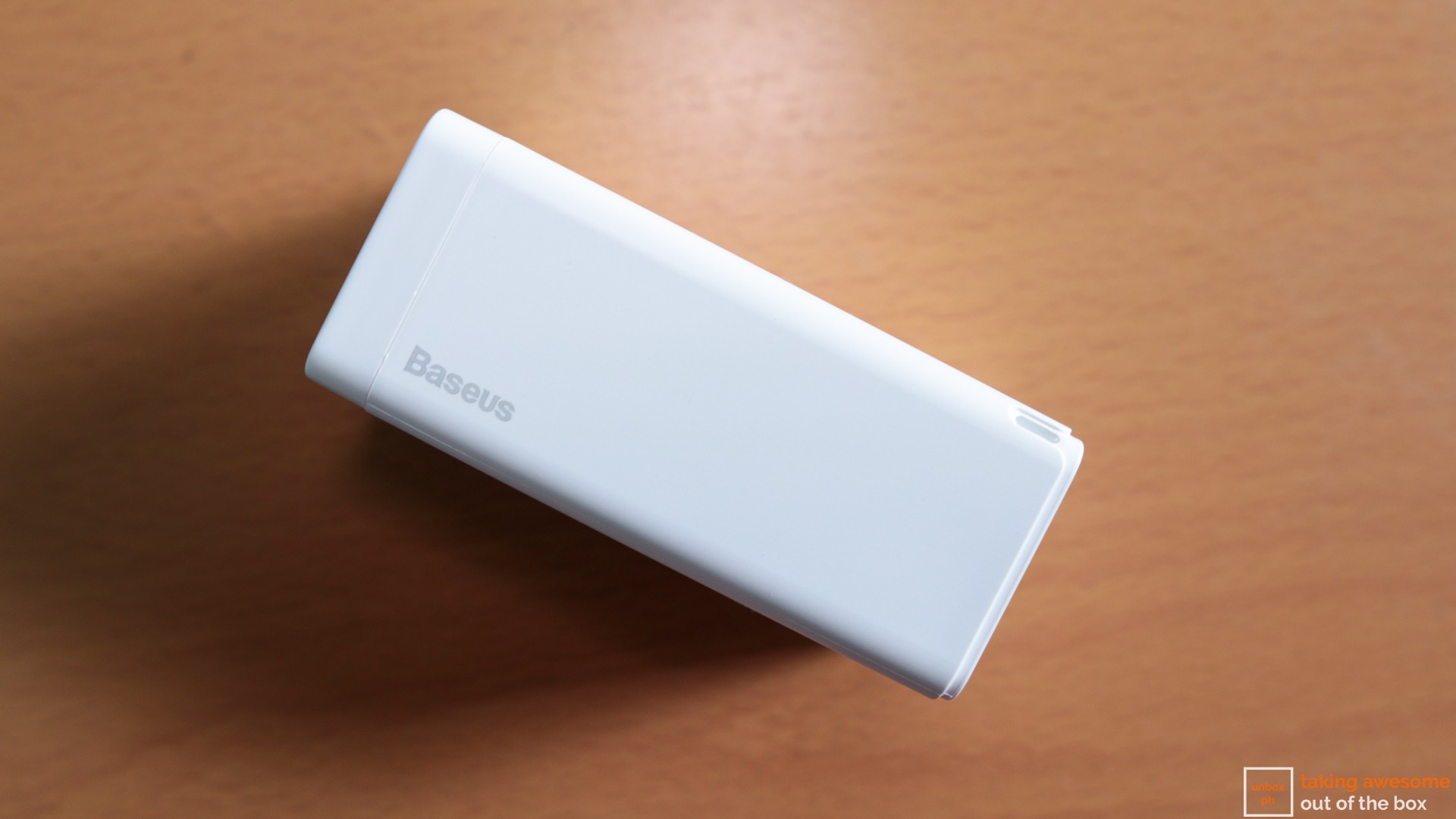