The Cherry Mobile SkyFire 2.0 hit shelves late May, and the Cherry Mobile Omega HD has been in stores long before that. They each have their own advantages/disadvantages and, theoretically, should appeal to a different pocket of users.

Except they probably won’t. Not while they occupy the same price point at least. Priced equally (and aggressively, might we add) at P7,999, both second-gen devices figure to strike a chord with a good number of bargain-minded consumers.

What to do, then? Well, seeing that we’ve already put both smartphones through their paces, we decided to do a head-to-head between the Omega HD and SkyFire 2.0. So, which one trumps the other in terms of hardware, display and camera quality, performance, and battery life? Read on to find out the results of this inevitable but ultimately friendly battle.

Both the Omega HD and SkyFire 2.0 have solid housings and likable aesthetics. The phones also have nice metallic accents that run around their edges and add a dash of “premium” to them. And while the two certainly won’t win any beauty contests, mainly because of the profuse use of plastic in their casings, they are at least easy to wield and use one-handed. One more so than the other.

Which brings us to this point: The Omega HD, with its indisputably thin bezels, makes for a more comfortable hand-holding experience. And because we’re suckers for slimness in any area of a device, especially when it leads to providing a more secure grip and better ergonomics, we’re inclined to give the form factor advantage to the Omega sequel.

The Omega HD, as you can probably tell from the name, flaunts a high-def, 720 x 1,280 resolution leading to a screen density of 294 pixels per inch [ppi], while SkyFire 2.0 sports a qHD display with a modest 540 x 960 resolution (for a ppi of 220). The result: graphics and photos on the former appear noticeably sharper, devoid of the jaggedness you’d normally see on lesser resolutions.

With regard to real estate, you’ll find either one holds an advantage since both panels measure 5 inches diagonally. Comparing outdoor performance, viewing angles, and color accuracy, likewise, ends up in a draw by virtue of the screens benefiting from in-plane switching [IPS] technology.

It’s worth noting that alongside the perks of IPS tech, the touchscreens of the Omega HD and SkyFire 2.0 are supposedly covered in damage-resistant glass; however, we can neither confirm nor deny if the latter can actually stand up to scrutiny. But whether or not the SkyFire sequel can indeed withstand some forms of torture, the Omega HD is clearly the winner in the display quality category.

There’s simply no contest here. Comparisons between the cameras on the Omega HD and SkyFire 2.0 is like comparing the (more likely) championship-bound Miami Heat to the now-vacationing Milwaukee Bucks. To be clear, the latter is an Eastern Conference eight seed that had the bad luck of playing against LeBron James and co. in this year’s NBA Playoffs.

Sure, the SkyFire’s sensors are serviceable and get the job done under a bright sun, but the degree of sharpness and clarity on the new Omega is very much improved. Plus, the Omega HD’s cameras are quicker to snap images, and its 12-megapixel rear-facer is capable of capturing time-lapse footage without the need for an additional app.

Unfortunately, we can’t do a side-by-side comparison between images captured by the Omega HD and SkyFire 2.0, but feel free to check out our galleries of samples taken with both smartphones to get an idea how they stack up against each other.

Performance-wise, it’s a similar to story to the camera department’s, only this time it’s the reverse. The second-gen SkyFire bests the high-def Omega in every regard: jerks and stutters are harder to come by, scrolling is mostly fluid, launching apps, as well as jumping in and out of bread-and-butter tasks feels seamless.

Much to our relief, the SkyFire refresh also delivers a decent gaming experience, as evidenced by the lag-free gameplay of titles we’ve tested. Temple Run 2, for instance, remains highly playable even with the graphics setting maxed out—something we can’t say about the new Omega. Benchmark, too, back the eye test; the SkyFire 2.0 notched better scores across the board.

Obviously, none of this is surprising, granted the quad-core SkyFire 2.0 has twice the number of CPU cores compared with the dual-core Omega HD. Beyond that, their under-the-hood details are pretty comparable. 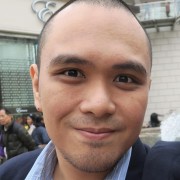