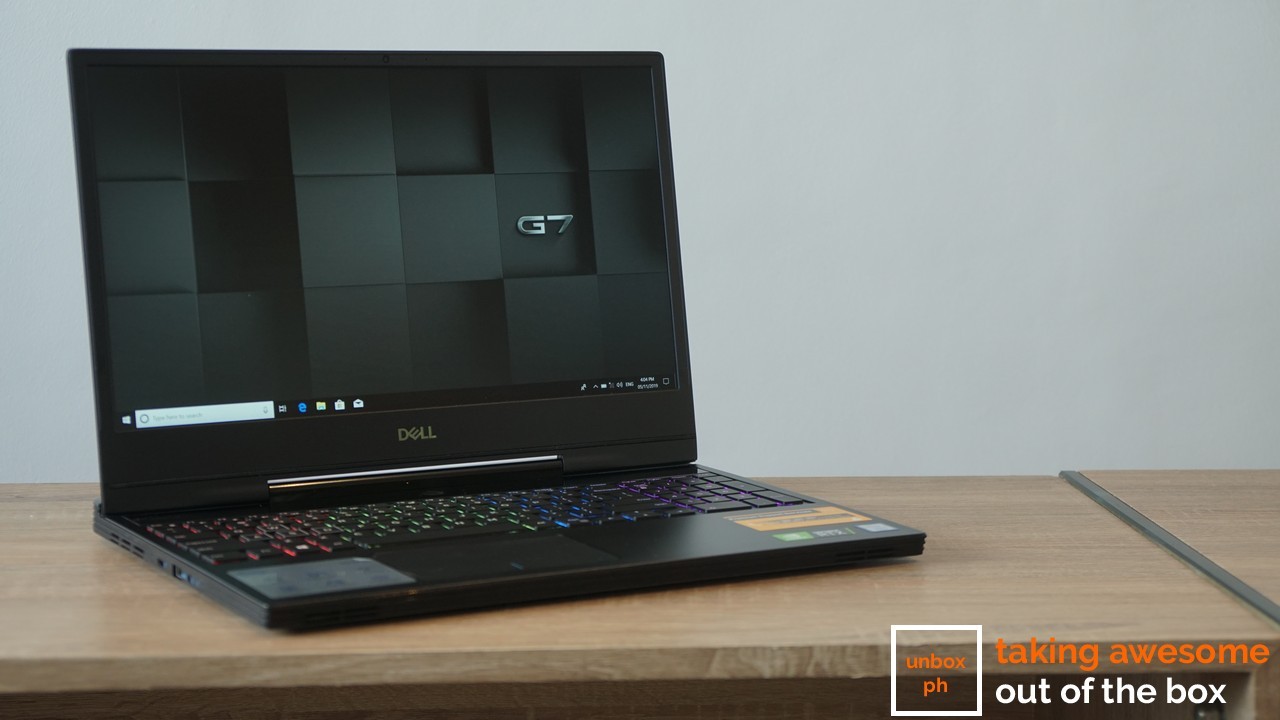 Is this your next gaming notebook?

Dell’s new refreshed G7 15 (7590) notebook has arrived, and on paper, it looks to be a great gaming notebook. With a 9th generation Intel Core i7 processor, RTX 2060 graphics, customizable RGB keyboard, and a 15-inch 144Hz panel, the new notebook certainly looks like a winner.

But a high price tag and less than ideal thermals make the notebook difficult to recommend, considering that competition in the price range. 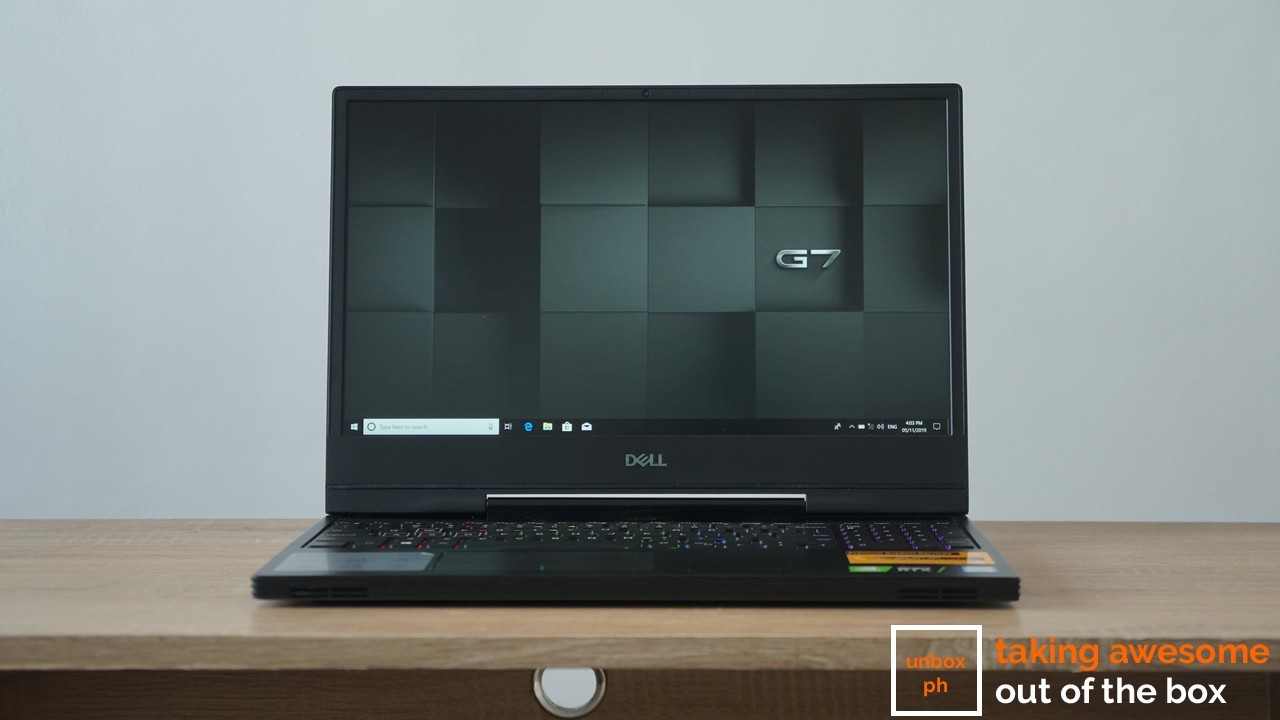 The 2019 model of the G7 has vastly improved externals compared to last year’s model. Instead of creaky plastic, Dell used metal on the chassis of the notebook this time around, giving the notebook better overall aesthetics. 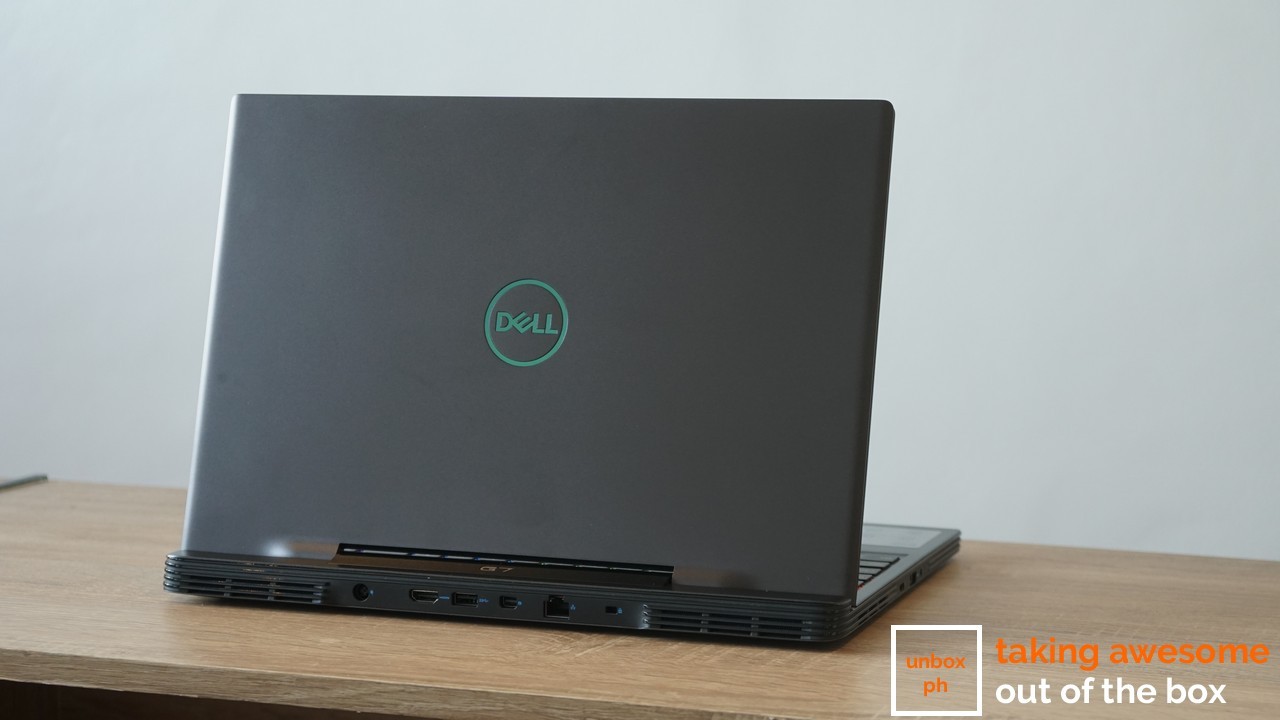 More metal on the chassis make the G7 nicer to touch and feel as well, and there’s no more embarrassing creaks and flexing to be had with the new model.

The Dell G7 15 is a big notebook, though it’s not necessarily a thicc boi, with overall thickness coming in at less than 20mm (19.9mm). It is a heavy boy though, with the notebook by itself coming in at a back-aching 2.498 kilos.

The chassis itself has a distinctive ridge pattern which is unique, to say the least. The notebook is big enough to accommodate a ton of ports and connectors, including a single Thunderbolt 3 port, three USB Ports total scattered on the sides and back, HDMI port, Mini DisplayPort, RJ45 port and an SD card reader.

The display of the G7 15 is a 15.6-inch full HD IPS panel with a 144Hz refresh rate, making it perfect for gaming. There’s a 240Hz option available for the notebook, but from what we could see with the performance of the notebook the 144Hz is more than enough for most people’s needs. 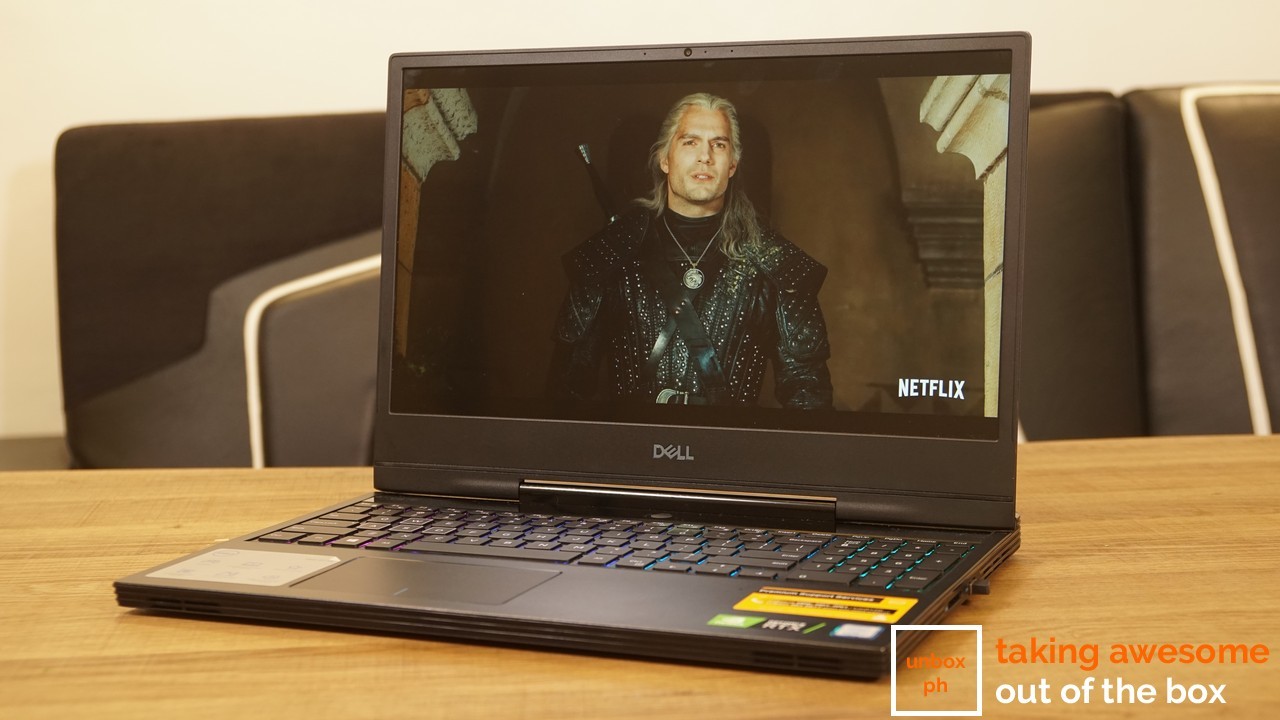 The display is bright and quite good, with good saturation overall. The panel covers more than 100% of the sRGB color spectrum which makes it perfect for serious photo and video work. 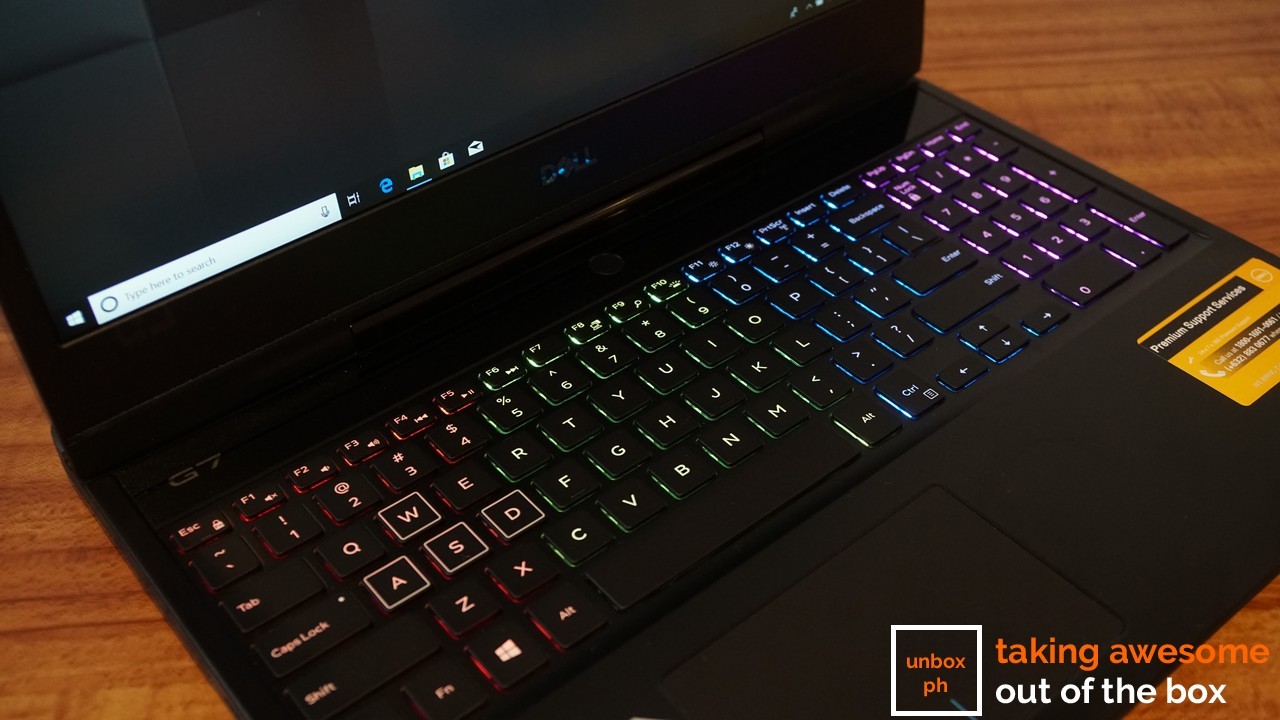 Customizable LED lights on the keyboard

As the G7 15 is a gaming notebook, its full QWERTY keyboard comes with full Numpad and has RGB fully customizable backlighting via the Alienware software suite.

Typing with the G7 15’s keyboard is fine, though we would have liked deeper key travel. We appreciate the heavier actuation force compared to the previous generation though.

We’ve never really met a touchpad we liked on a gaming notebook, and the one on the G7 15 is no exception. The touchpad’s travel is woefully shallow and harsh – we recommend you pair a gaming mouse with the G7 as quickly as you can to avoid headaches.

Performance-wise the Dell G7 did well in our benchmarks, with the notebook achieving 60FPS or higher in the games we tested it with.

Take note though that the notebook (at least the review unit sent to us) only has 256GB of SSD storage, with your main storage being a slower 5400RPM HDD. That means slower load times for games if you decide to use the HDD to install games in.

One issue we had wit the Dell G7 15 is heat – the notebook recorded temperatures of around 51 degrees Celcius near the hinge area at full load, and a little less than that near the number keys.

This made for uncomfortable gaming during extended periods, and if you make the mistake of touching the area near the hinge you’ll singe your fingers, just like we did. 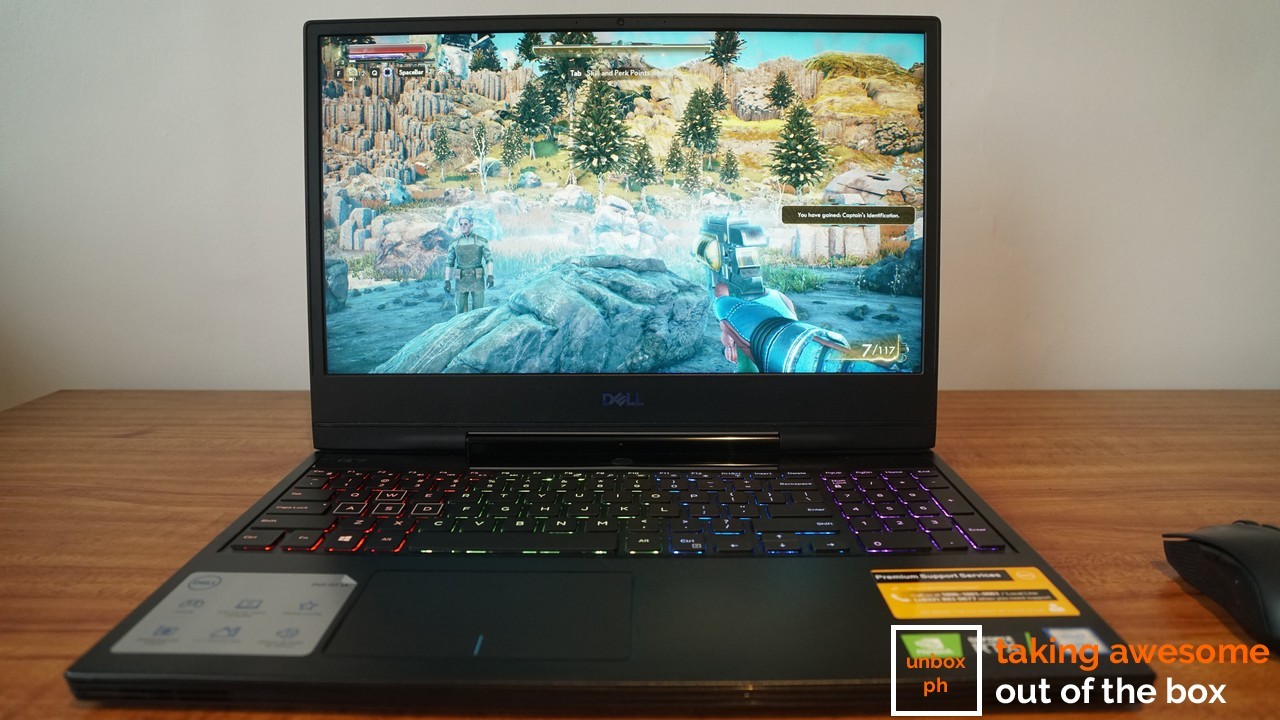 Internally the notebook’s cooling system kept temps within acceptable levels, with both GPU and CPU recording around 80-85 degrees Celcius on full load, while plugged in.

Fan noise is also a concern when the notebook is going full tilt. You’re not going to hear it when the speaker is at full volume, but the whine of the fans is clearly discernable when you game at 50% volume.

Don’t expect the notebook to last when it’s not plugged in too – regular use with full brightness, WiFi on and office apps (Word, Excel) the notebook lasted just 3 hours and 45 minutes, which isn’t great, but is kinda what you’d expect from most gaming notebooks nowadays. 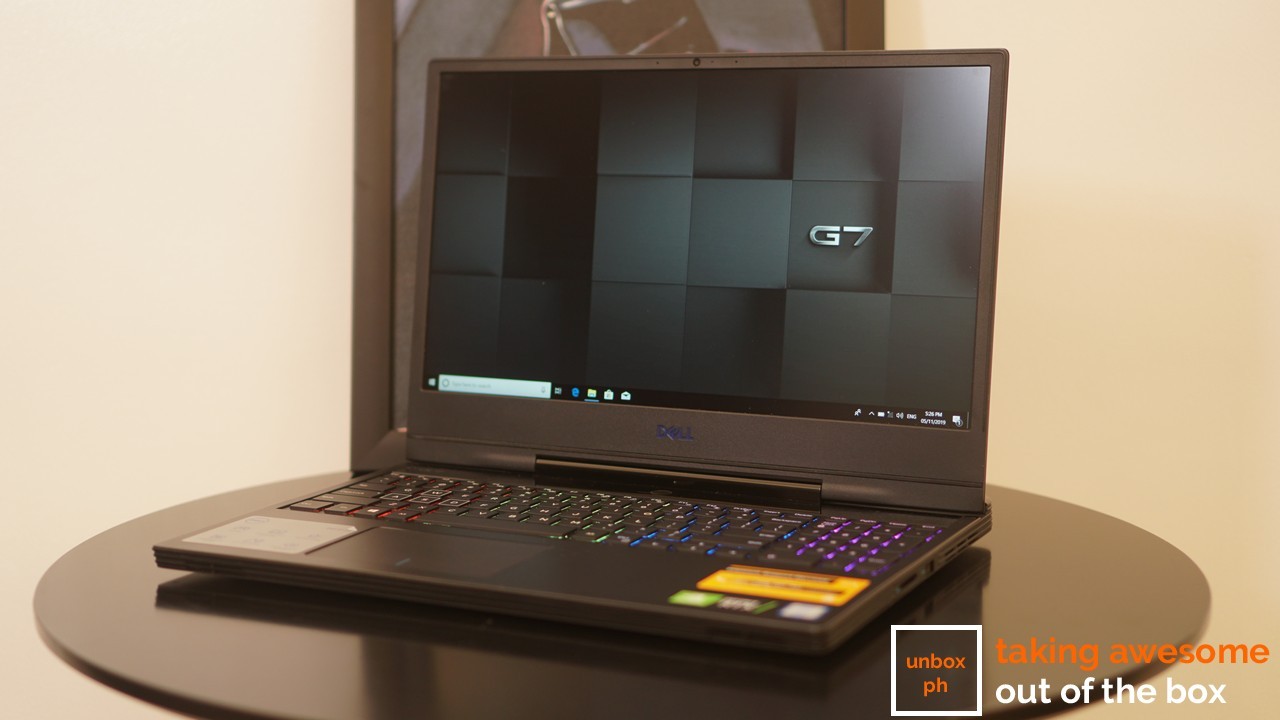 Verdict: It’s a good notebook, but it comes up against stiff competition

Dell’s G7 15 is a good notebook on paper, but less than ideal thermals make it a little uncomfortable to play with during long periods.

You also have to consider the price: at Php 113990 it’s priced higher than many of its competitors that offer better value in terms of hardware specifications.

ASUS’ own ROG Strix G G531GV for example, has the same processor, hardware and display with chassis RGB LED lighting and more SSD storage for cheaper, at Php 99,995.

Likewise, Acer’s Predator Helios 300 has the same hardware specs (free memory upgrade till the 14th) for lower, at Php 99,999.