Xiaomi explains the magic behind their tech

Xiaomi showed off their revolutionary notch-killing under-display camera tech a few hours ago, which hints at a future of all-screen, notch-less phones. While the technology is impressive, the video demo doesn’t really tell us how the tech works. 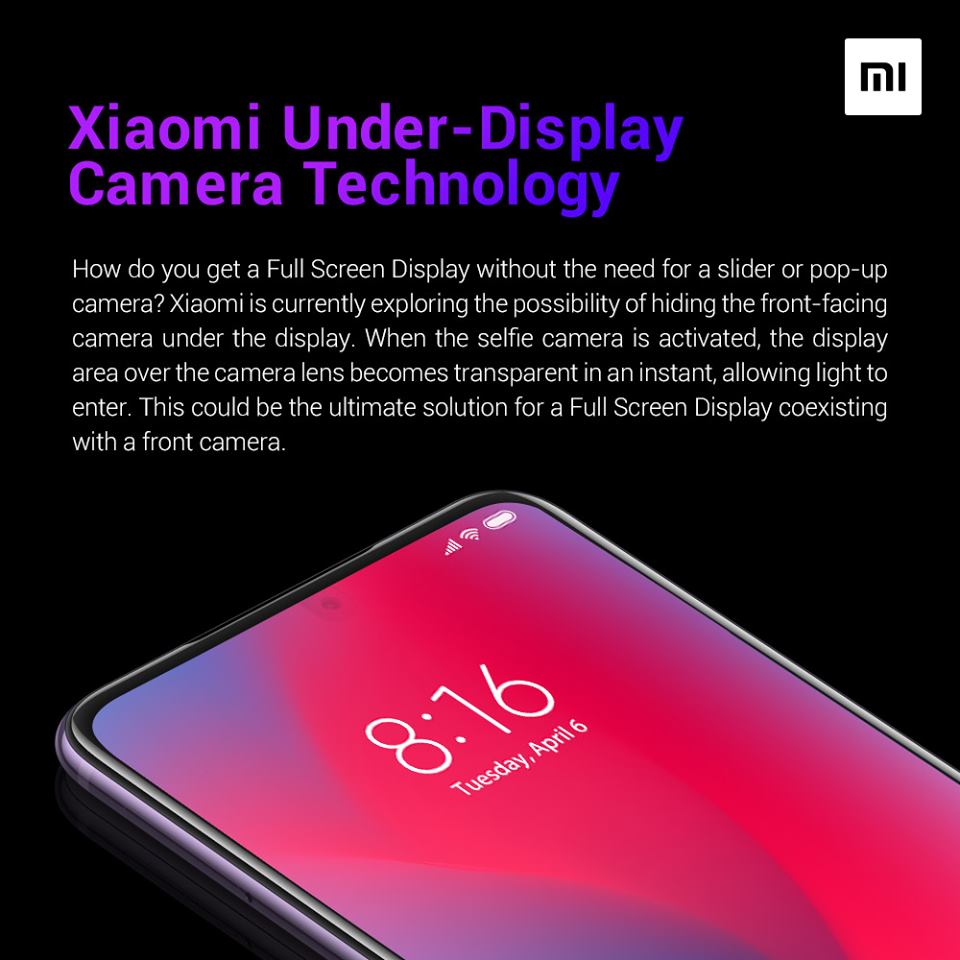 That is, until now. Xiaomi’s Facebook account has detailed exactly how the magical under-display camera works, and it’s pretty impressive. 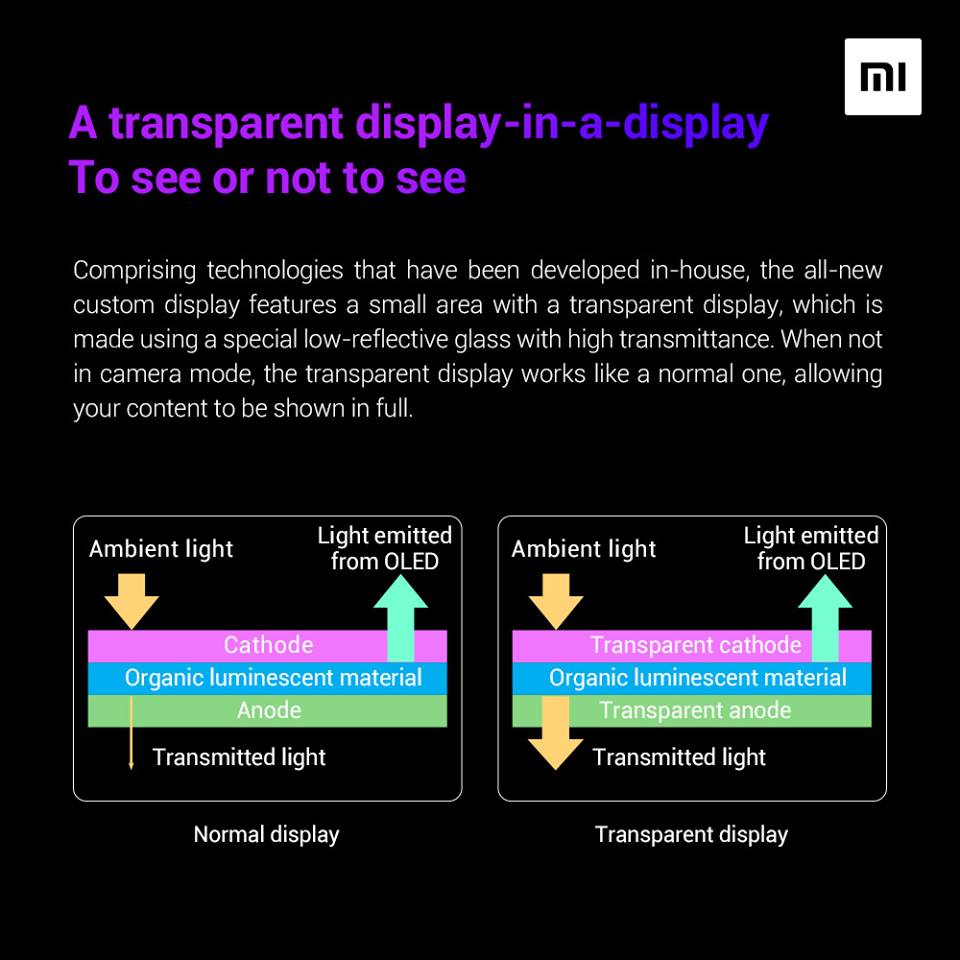 The camera is embedded under a special, transparent area of the display that’s made up of special low-reflective glass with high transmittance. When not in use, the transparent area acts as normal without disrupting the image. 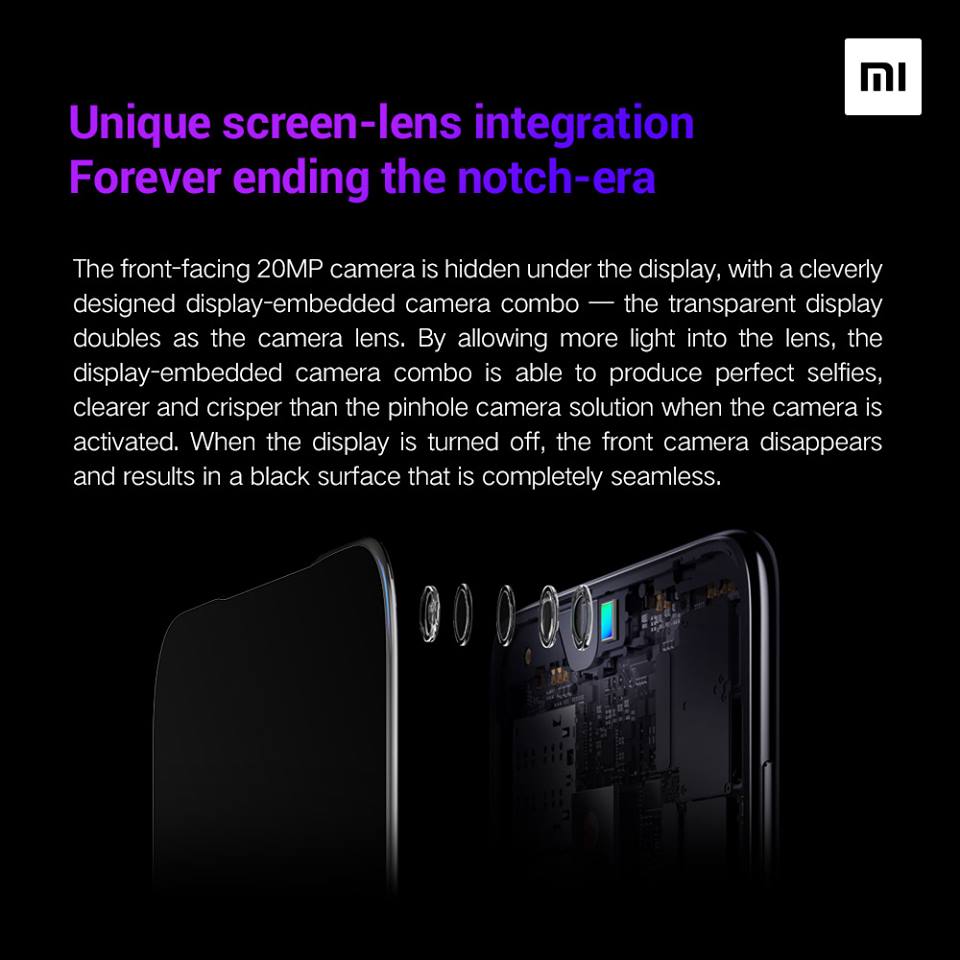 When you switch to selfie mode however, the area right above the camera becomes transparent and focuses light into the camera underneath. Xiaomi says that transparent area in the display acts like a camera lens, focusing more light for better selfies. 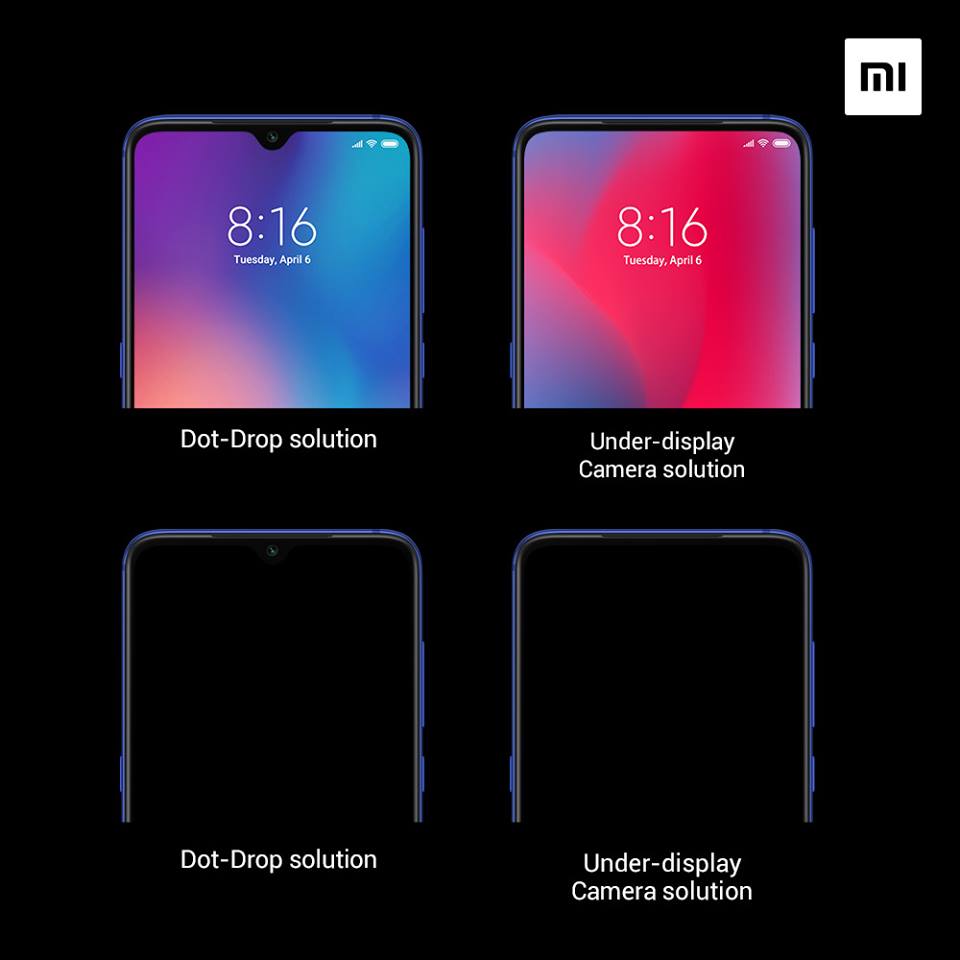 You can actually see this in action in the video that Xiaomi shared. When not in camera mode, the content is shown on the entirety of the display, but when the phone switches to selfie mode, a black bar covers the top of the panel where the selfie camera would be.

Do you want a sneak peek at the future? Here you go…introducing you to Under-Display Camera technology! #Xiaomi #InnovationForEveryone

Xiaomi’s solution sounds simple enough, though we’re sure there’s a lot more to it than that. The bigger question now is what phone the new tech will make its debut in. It’s more than likely Xiaomi will implement this new tech in their upcoming Mi Mix flagship since this is exactly what that phone series has been working towards ever since it was first announced a few years ago.