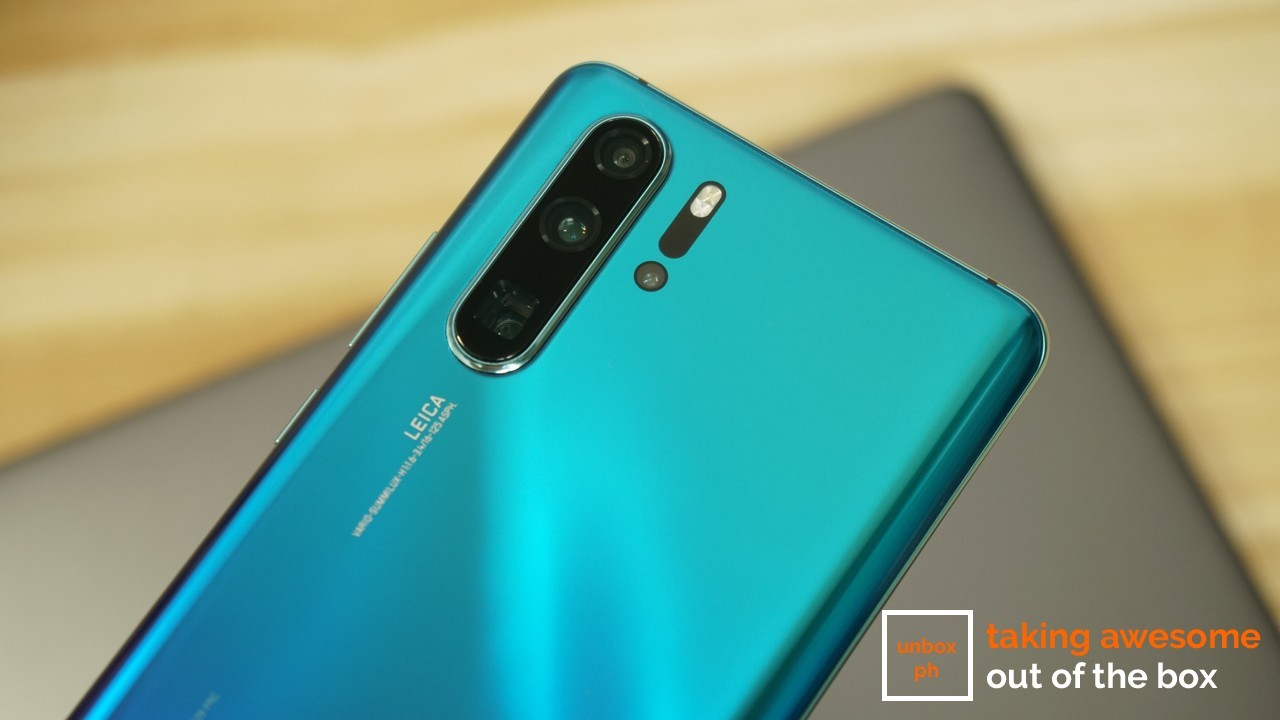 We’ve been using Huawei’s P30 Pro ever since it was announced back in March, and we haven’t really gotten over how well its Leica Quad Camera System performs. Photos taken with the phone have always garnered praise whenever we post it on our social media channels, and with good reason.
But how exactly does the Huawei P30 Pro’s Leica Quad Camera System work, and how does it allow you to take better photos? We go into a deep dive into the quad camera system below! 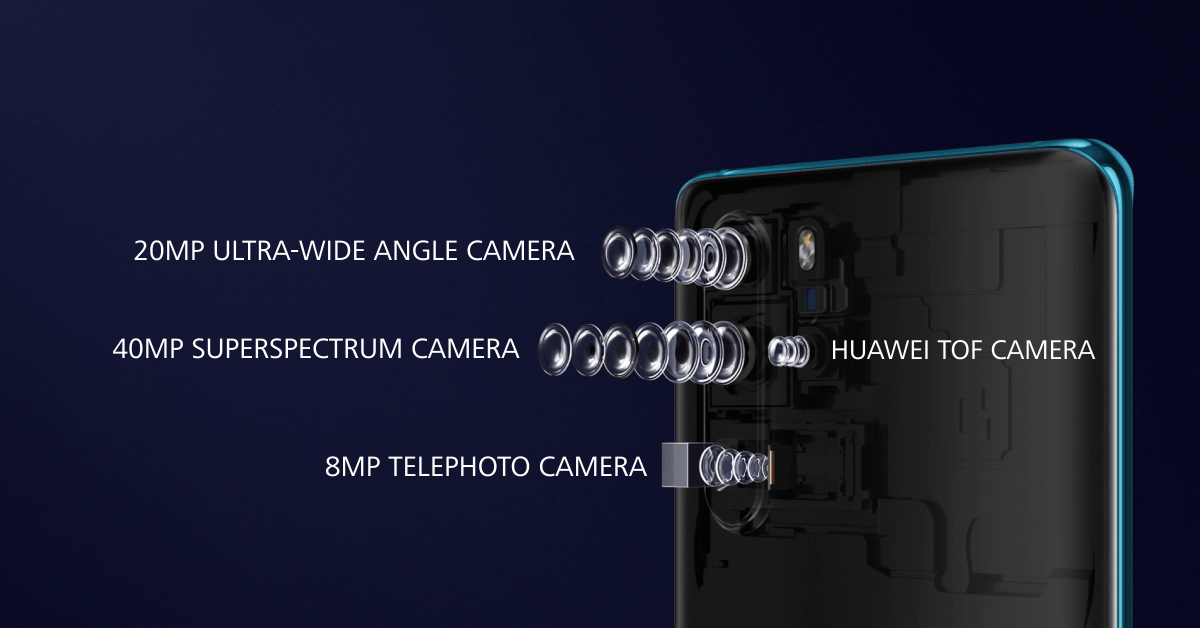 Before we start talking about technical stuff about the cameras, let’s take a quick primer of the four cameras on the rear of the phone first. The Huawei P30 Pro has a 40-megapixel main sensor that has a with f/1.6 aperture lens, a 20MP f/2.2 wide-angle sensor with OIS, a 8MP f/3.4 telephoto periscope camera with a 5x optical zoom lens and a Time of Flight camera, set on the flank of the primary shooters. 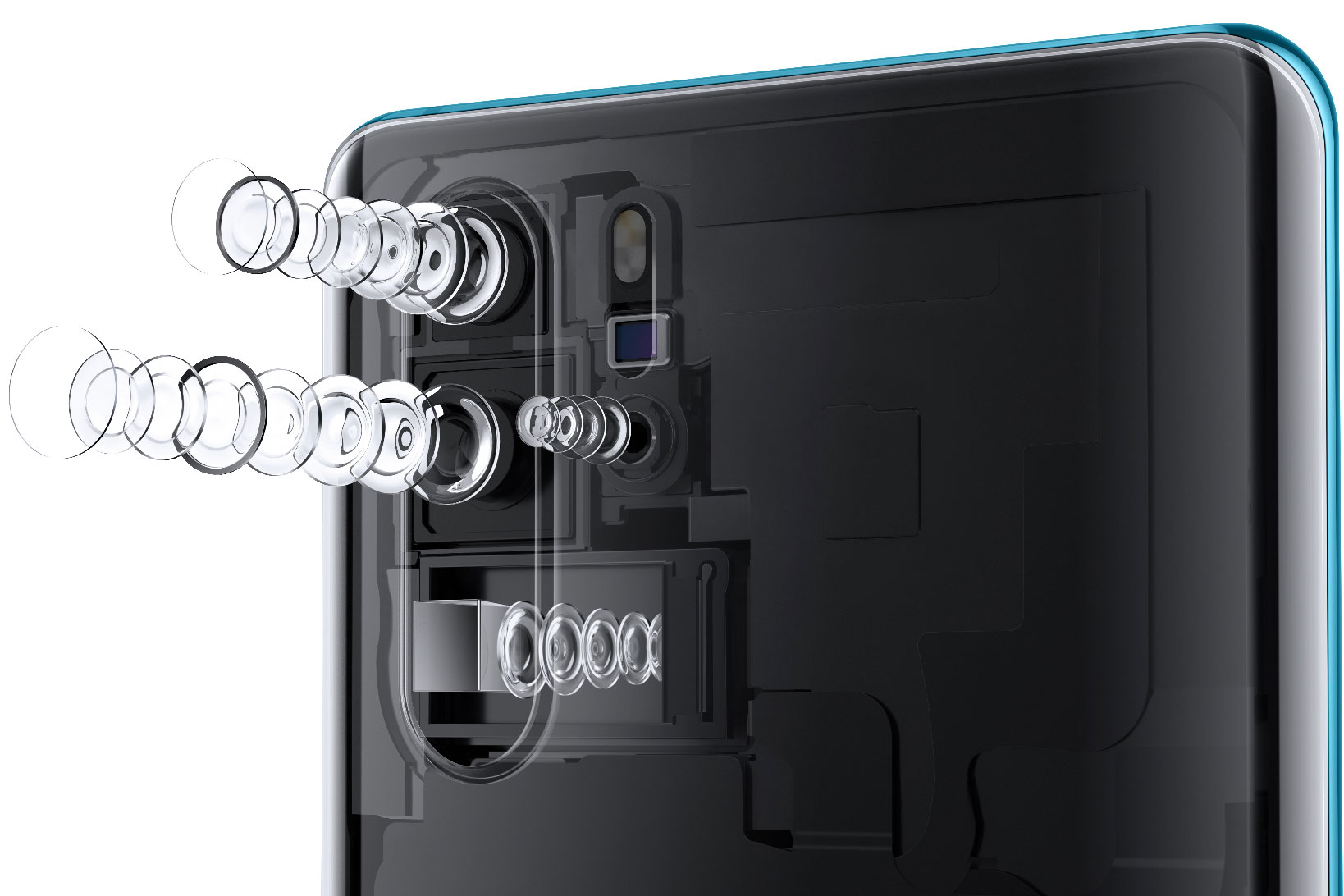 Ain’t afraid of the dark

Let’s talk about the main camera first. Huawei’s 40-megapixel main camera is capable of taking in way more light than comparable sensors, despite having a lower resolution compared to phones that boast high-resolution 48-megapixel snappers.
Huawei has designed and built the new camera sensor from the ground up to maximize light collection for improved low-light shooting. This SuperSpectrum camera sensor, as Huawei calls it, uses a different Red-Yellow-Blue color filter compared to the regular Red-Green-Blue that a typical camera sensor possesses.
A typical camera sensor uses an RGB Bayer color filter to reproduce colors that it captures. This is the standard method of capturing images for a long time. For higher resolution smartphone camera sensors, they use a quad Bayer filter but they’re essentially the same. 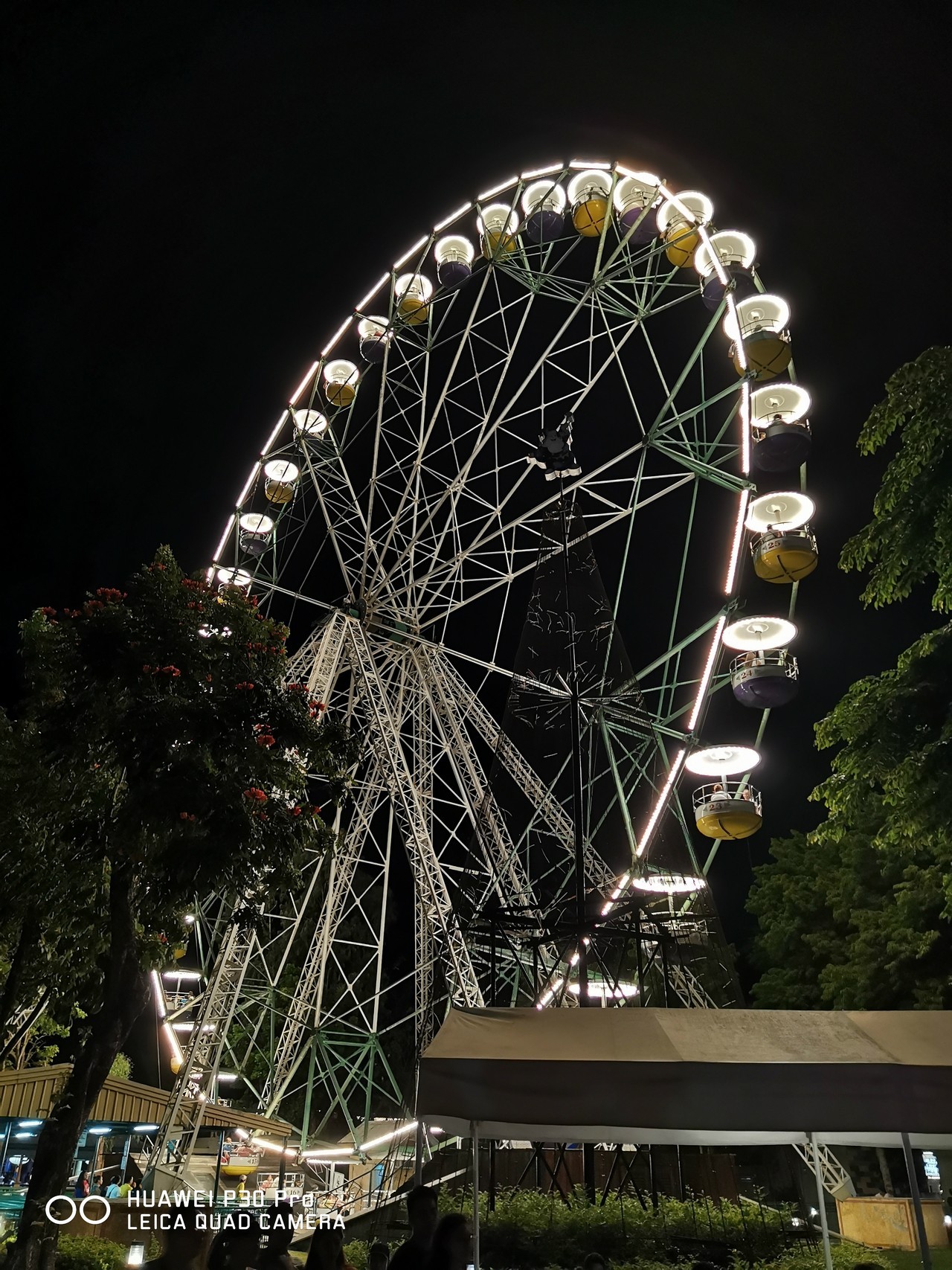 The 40-megapixel sensor on the Huawei P30 Pro is different because it uses an RYB Quad Bayer filter. The yellow photosite that replaces green still captures green color data, but it also captures more red light too. The result is a sensor that captures more light data than your typical RGB-based sensor, and that means better illumination even in low-light scenes.
Huawei and Leica has developed new software algorithms to account for the additional green light information, aided by the AI capabilities of the Kirin 980 chipset in the phone. That, combined with pixel binning (reducing the size of the 40-megapixel shot into a 10-megapixel one for better clarity and detail) results in photos that are truly impressive even with less than ideal lighting.
Because of Huawei’s innovations and their collaboration with Leica, the Huawei P30 Pro’s main camera can shoot at ISOs 406,900, far exceeding the ISO capabilities of mirrorless cameras. 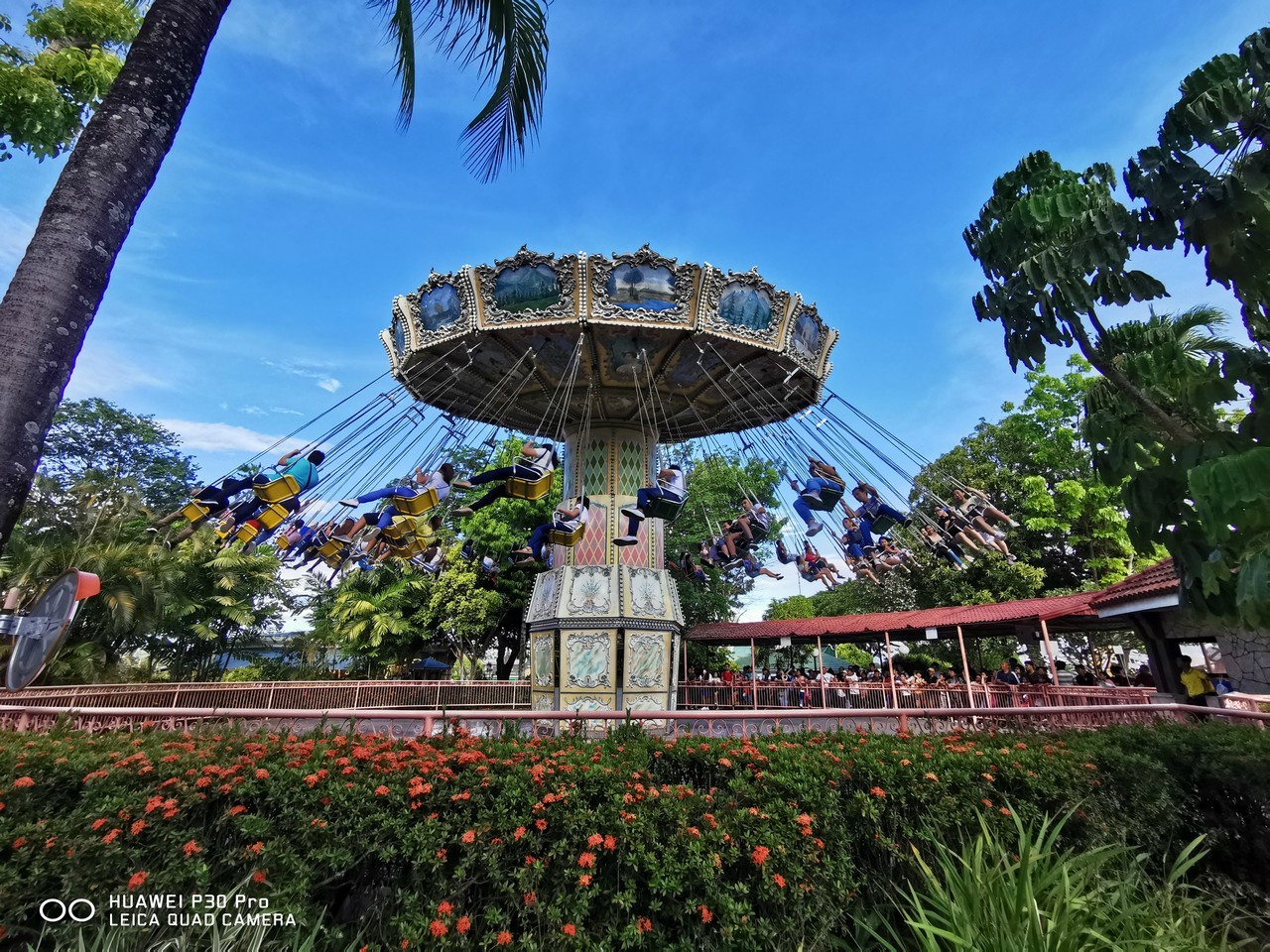 Ultra-wide takes more of the scene in 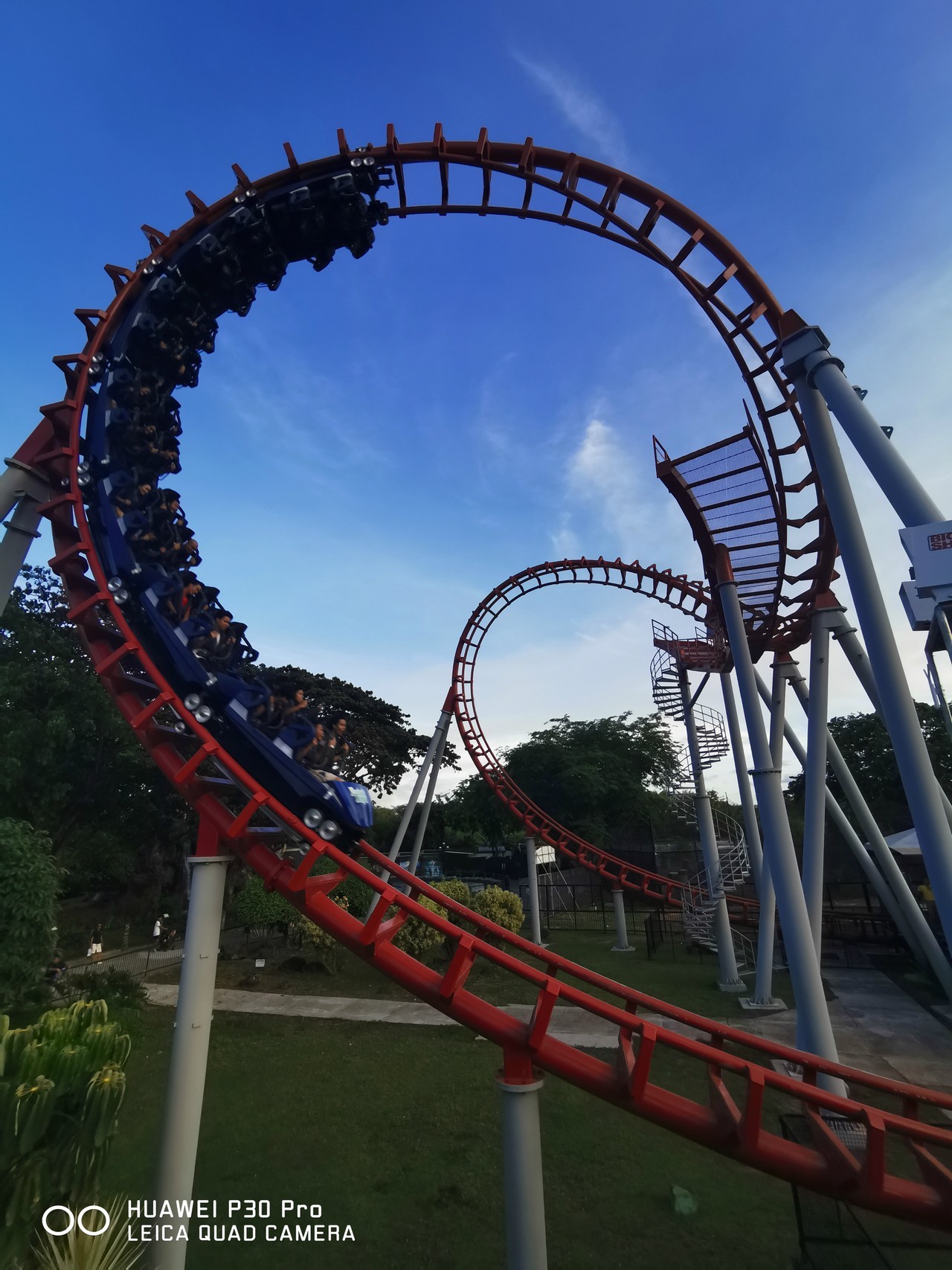 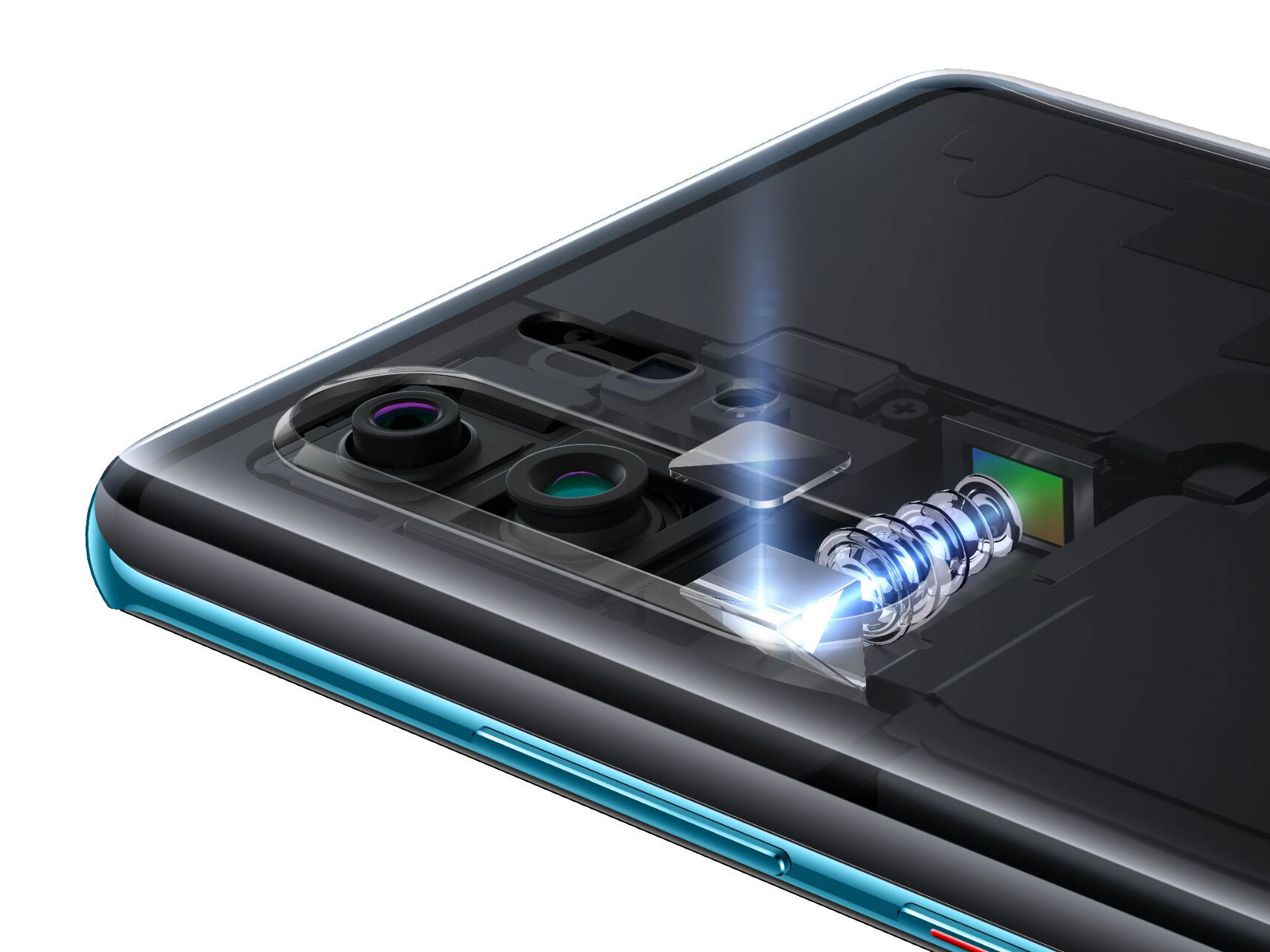 One of the main highlights of the Huawei P30 Pro is the phone’s unique, 5x optical zoom lens. To avoid adding unnecessary bulk to the phone’s camera module, Huawei put the 5x optical zoom lens on its side and used a prism to focus and redirect light from the outside.
Unlike most zoom cameras, the components on the 5x optical zoom are fixed. While there is OIS on the actual sensor, the mirrors and the lens that provide the zoom don’t move, so the Huawei P30 Pro’s zoom is dependent on Hybrid Zoom technology to fill the gap between 1x to 3x zoom, and from 5x to 10x.
The way this works is that the Huawei P30 Pro uses the optical zoom camera to fill the detail at the center of the frame, while the detail at the edges is filled using the information from the main camera.
This allows the phone to give you crystal clear shots even at 10x optical zoom, which can’t be matched by purely digital zoom solutions.

Time of Flight for better bokeh and AR experiences

The final camera on the Huawei P30 Pro’s array of rear shooters is the Time-of-Flight camera that’s offset to the side. The ToF sensor is primarily used to gauge distances of objects that you’re shooting, allowing the phone to quickly focus on your subject to ensure sharp, blur-free shots.
The ToF sensor also ensures very convincing bokeh since the camera can measure distances precisely. It also helps augmented reality applications immensely since one of the foundations of AR is figuring out how the environment is laid out. To this end, Huawei included an AR app that allows you to measure length, distance, volume, and area of objects with up to 98.5 percent accuracy.

An amazing set of cameras for better photos

The Huawei P30 Pro’s cameras have a lot of new tech squeezed in them, and ultimately they help the consumer take the best photos possible, no matter what the situation is. Low-light capture, objects in the distance and wide, looming vistas are no match for the Huawei P30 Pro’s Leica Quad Camera System.
As great as the cameras are on the phone, let’s also not forget that Huawei’s P30 Pro has other class-leading features, which include incredibly fast charging tech, a class-leading, AI-enabled processor, and incredibly beautiful display as well as all-day battery life. 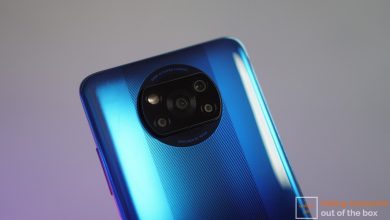