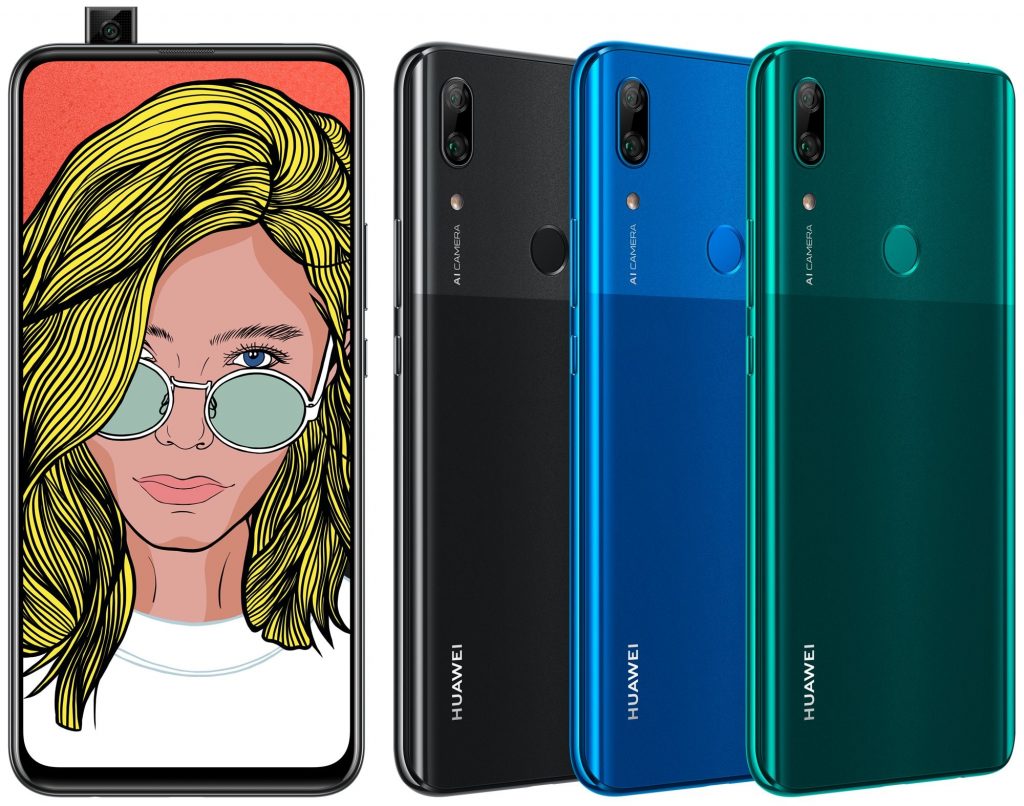 Leaks point to it being the P Smart Z

Love it or hate it, it looks like pop-up cameras are the next design bandwagon for 2019. Leaked renders point to manufacturing giant Huawei unveiling their own version of the camera tech in the form of the P Smart Z.

The use of a pop-up camera allows the company to fully utilize the massive 6.59-inch display with very minimal bezels on the side, top, and bottom. Speaking of the pop-up camera, that motorized module is rumored to contain a 16-megapixel front shooter, while the rear cameras are composed of a 16-megapixel sensor accompanied by a 2-megapixel depth sensor.

Since the phone is a mid-range device, the P Smart Z will be powered by a Kirin 710 chipset, along with 4GB of RAM and 64GB of expandable storage. Other specs include Android 9 Pie, EMUI 9.1 and a large 4,000mAh battery.

It’s not clear when this phone will be launched, but from the name, we’re assuming that it’ll be launched in China first sometime next month before it’s released in other markets with another name.

OPPO Unveils A9 in China