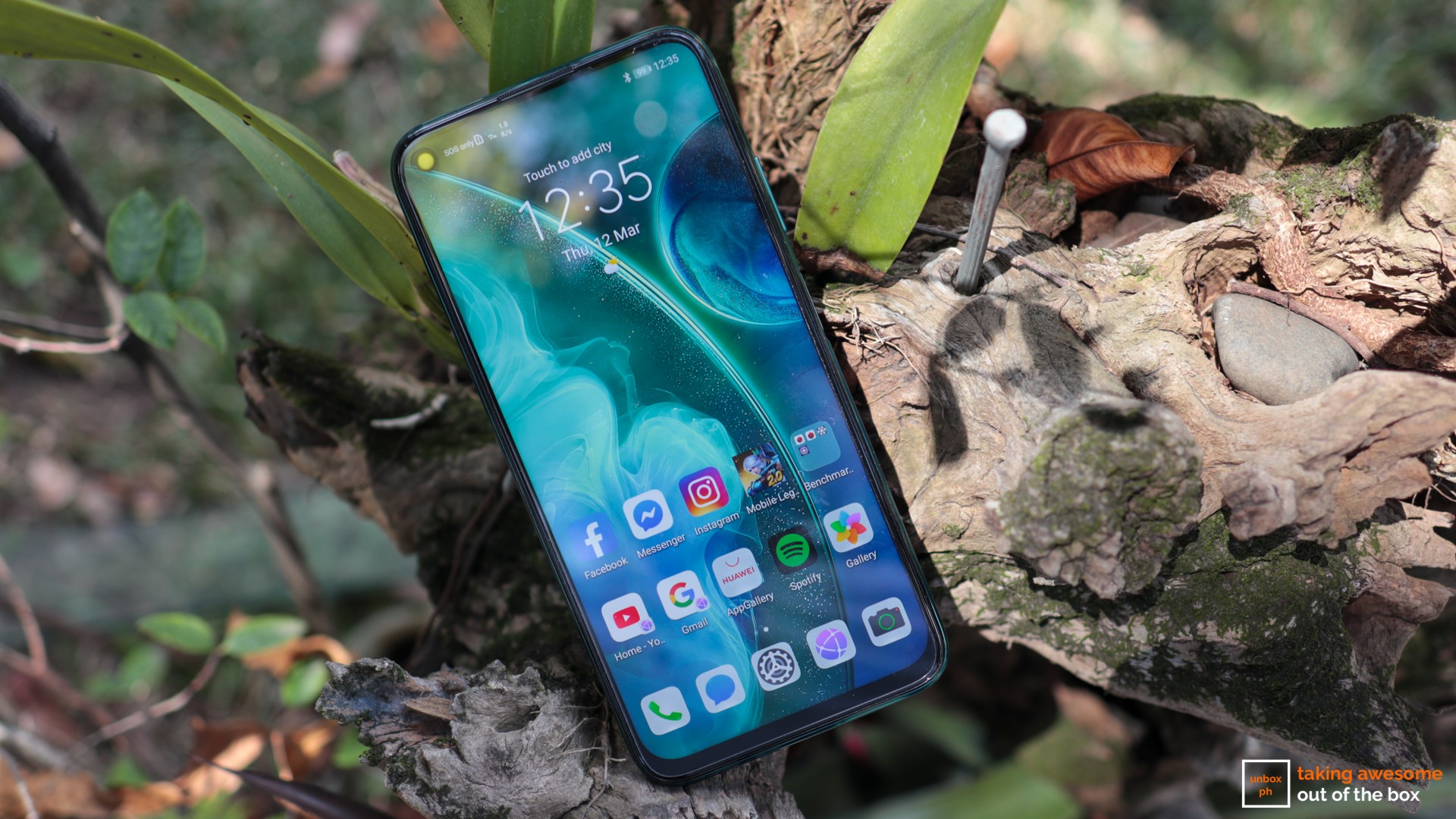 Is the new Nova star any good?

Huawei’s Nova line has developed a solid reputation for compelling mid-range phones that offer great value for money. Huawei’s latest offering—the Nova 7i—aims to strengthen the line further by being the first Kirin 810-powered phone to be sold globally.

Slotted below the Nova 5T, the Nova 7i offers flagship features like 40w wired charging, 8GB RAM, and a 48-megapixel f/1.8 main rear camera at a sub-Php 14k price tag. Is the Nova 7i another winner from Huawei? 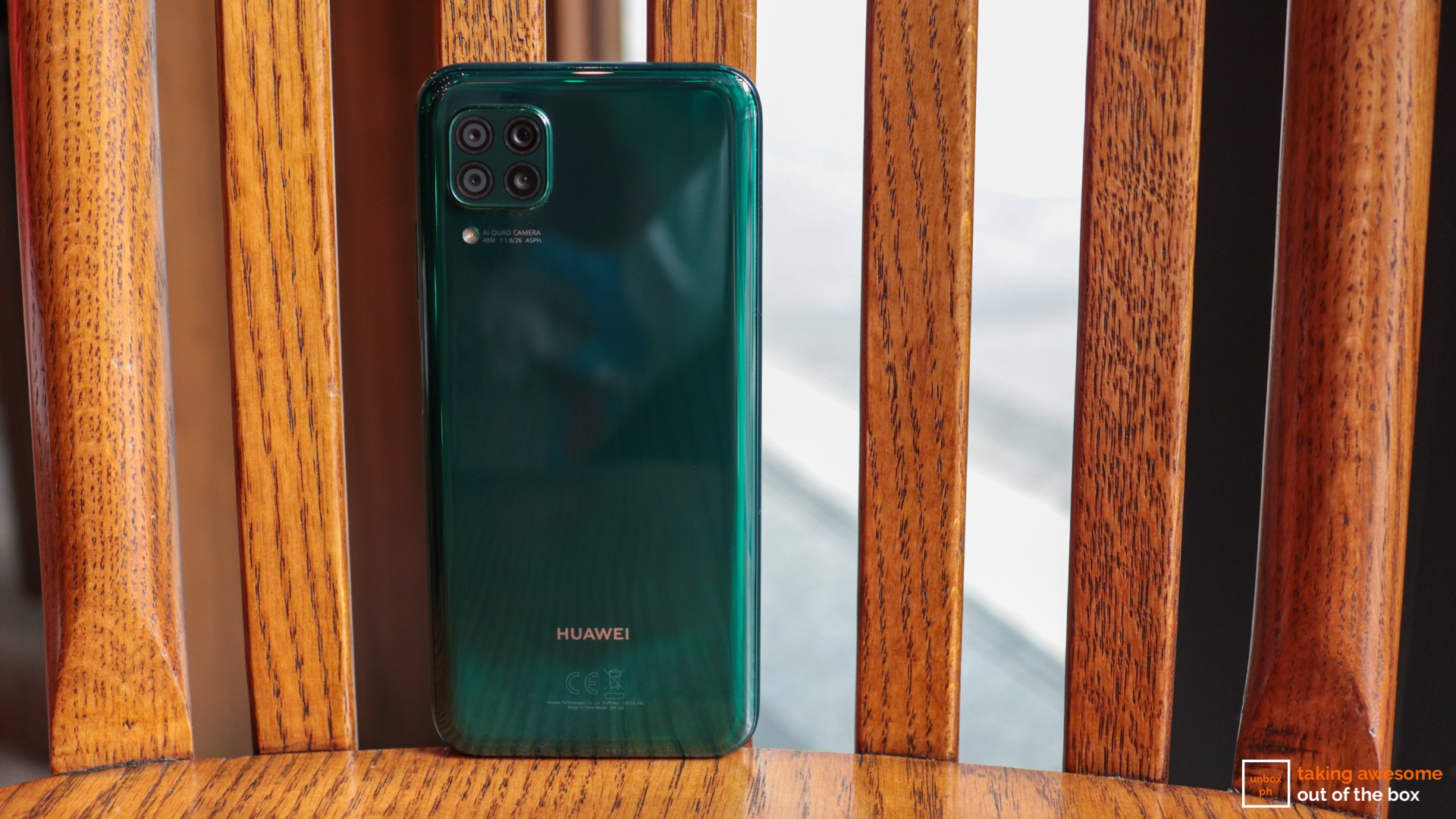 Flagship looks on a mid-range phone

Just like previous Nova phones, the Nova 7i looks stunning in person. Our review unit, which is in Crush Green, has a certain shine that gives the Nova 7i extra flair without being too loud. 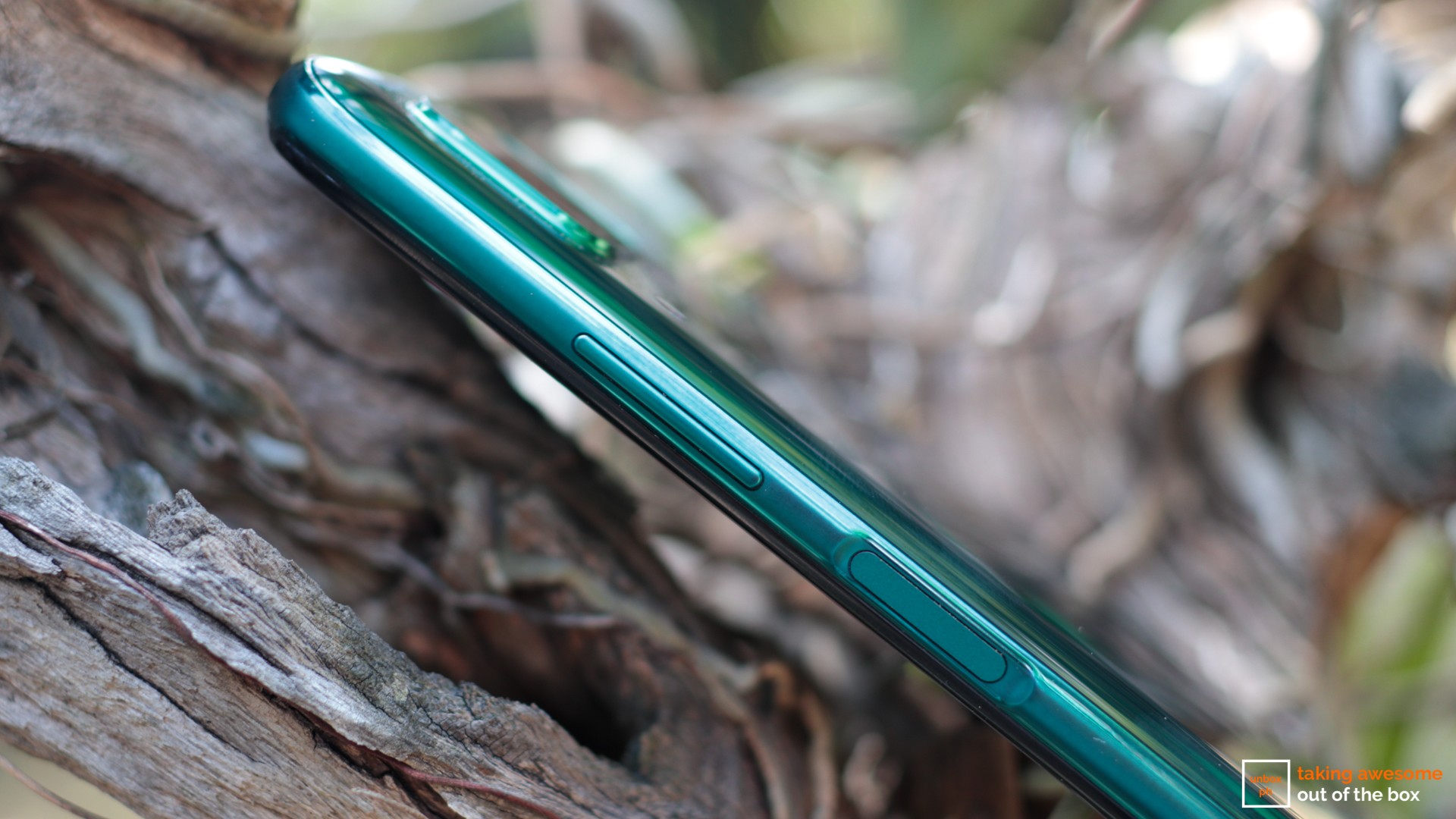 The Nova 7i’s aluminum frame has a matte finish, making it easier to hold in the hand. While it comes with a glossy polycarbonate back instead of glass, Huawei used a special film to improve scratch resistance for better durability. Unfortunately, the stunning finish also makes the Nova 7i’s back a fingerprint magnet, so we recommend using the supplied TPU case to save you from endlessly wiping the phone clean of smudges. 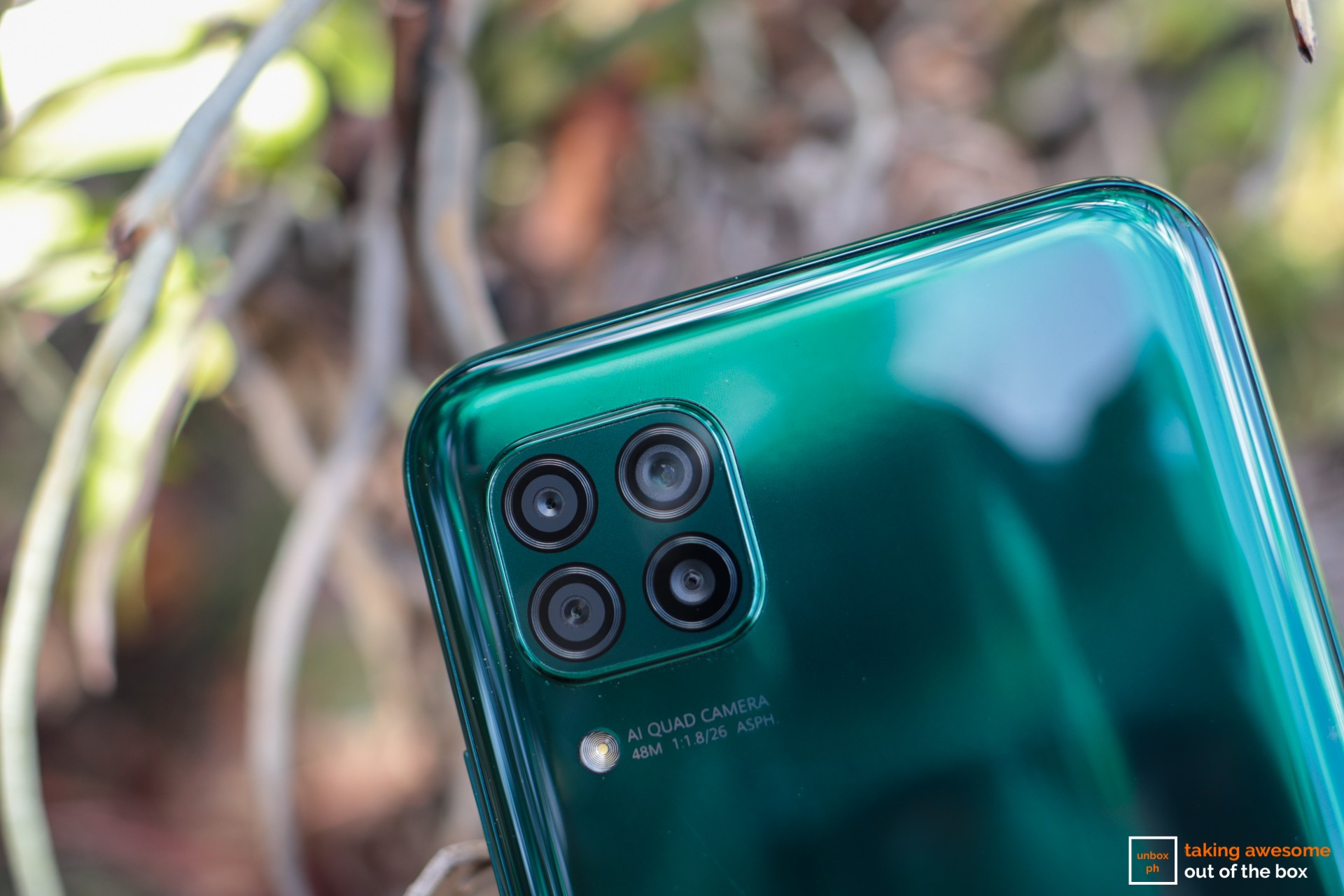 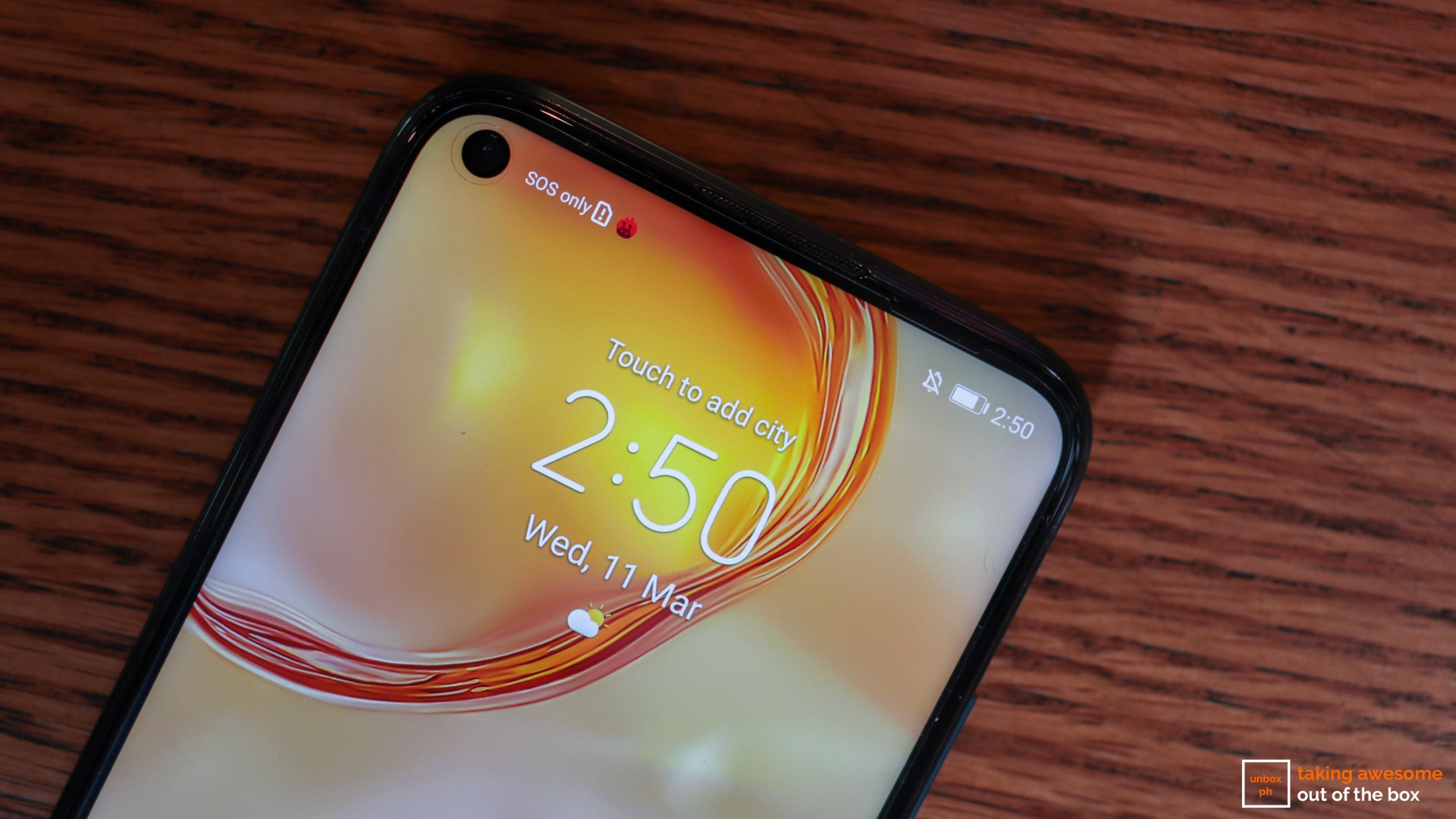 Like the more expensive Nova 5T, the Nova 7i has a punch-hole display that is more discrete than conventional notches. This solution disappears in your peripheral vision, making it less of an annoyance when watching movies or playing games. 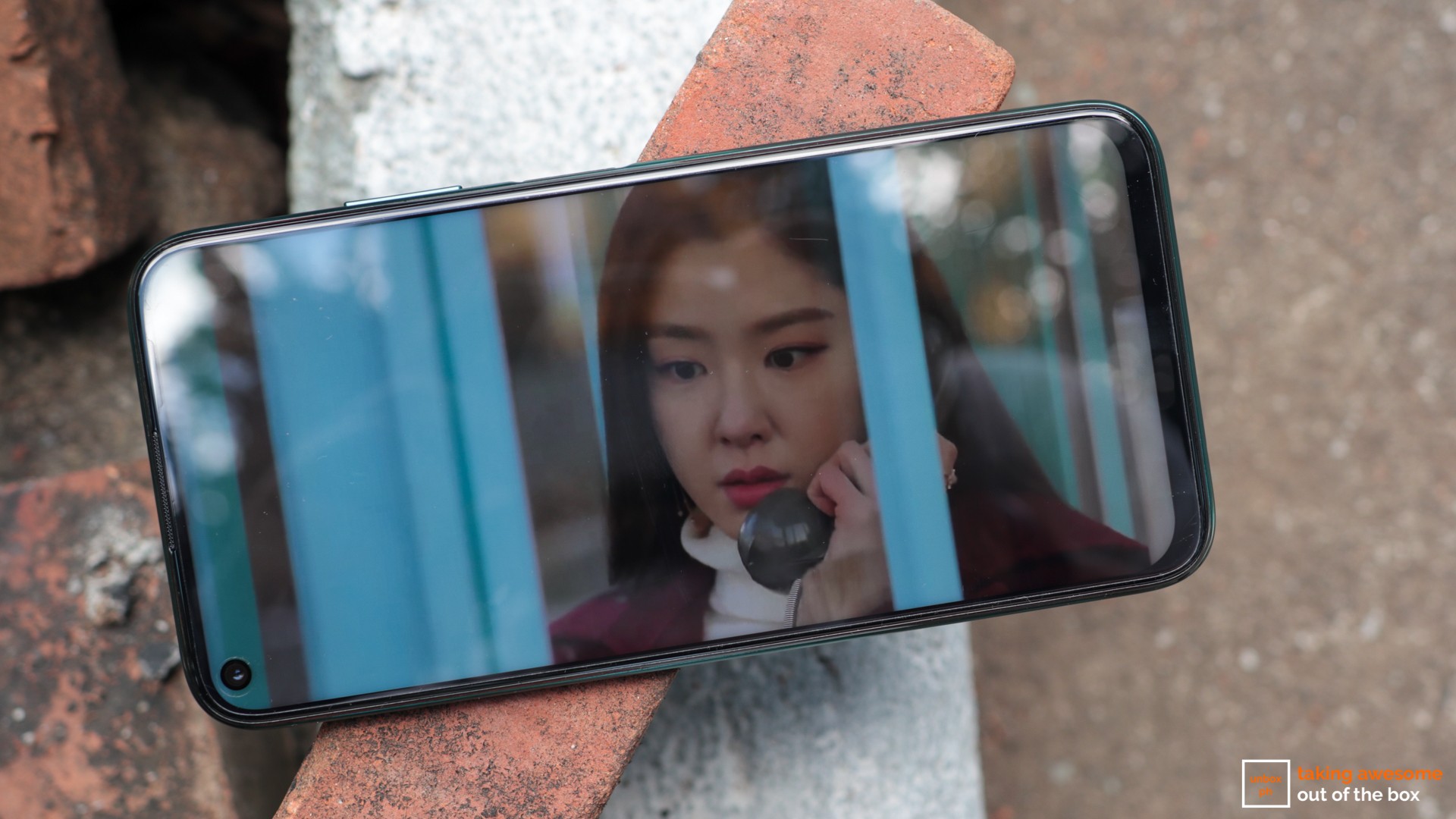 The Nova 7i has a slightly bigger 6.4-inch IPS panel with a 19:9 aspect ratio, trimming off the bottom bezel further for a respectable 83.5% screen-to-body ratio. The display itself as good as the Nova 5T’s display with the same accurate color reproduction and good contrast levels—though it can’t match the deeper blacks and vibrant colors of AMOLED displays. Viewing angles is also good even in broad daylight. 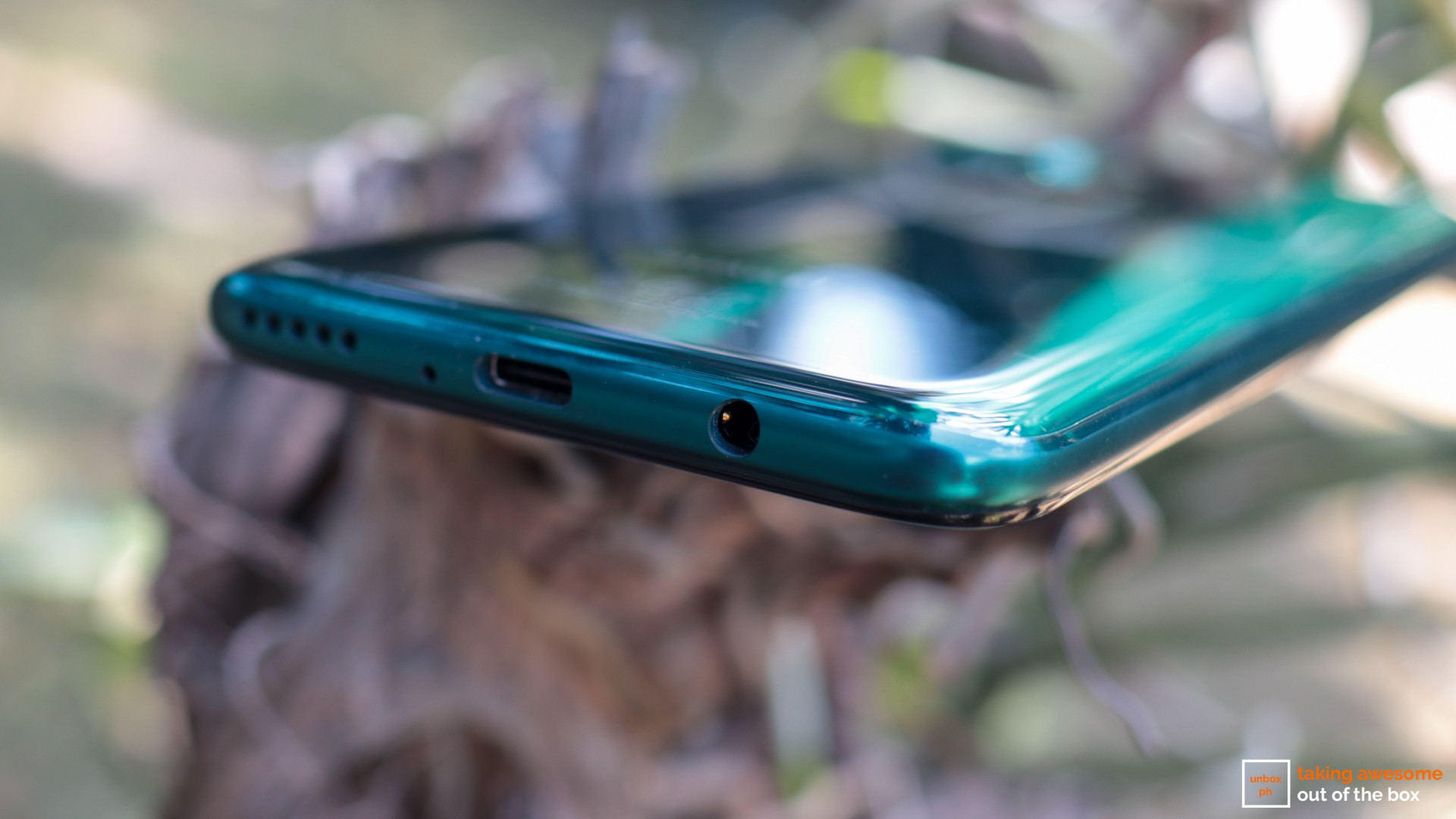 One of the Nova 7i’s downsides is its loudspeaker, as it lacks fidelity especially when you pump the volume beyond 50%. That should not be a big deal, as the Nova 7i does come with a headphone jack so that you can use your favorite pair of cans while binge-watching your favorite TV shows. 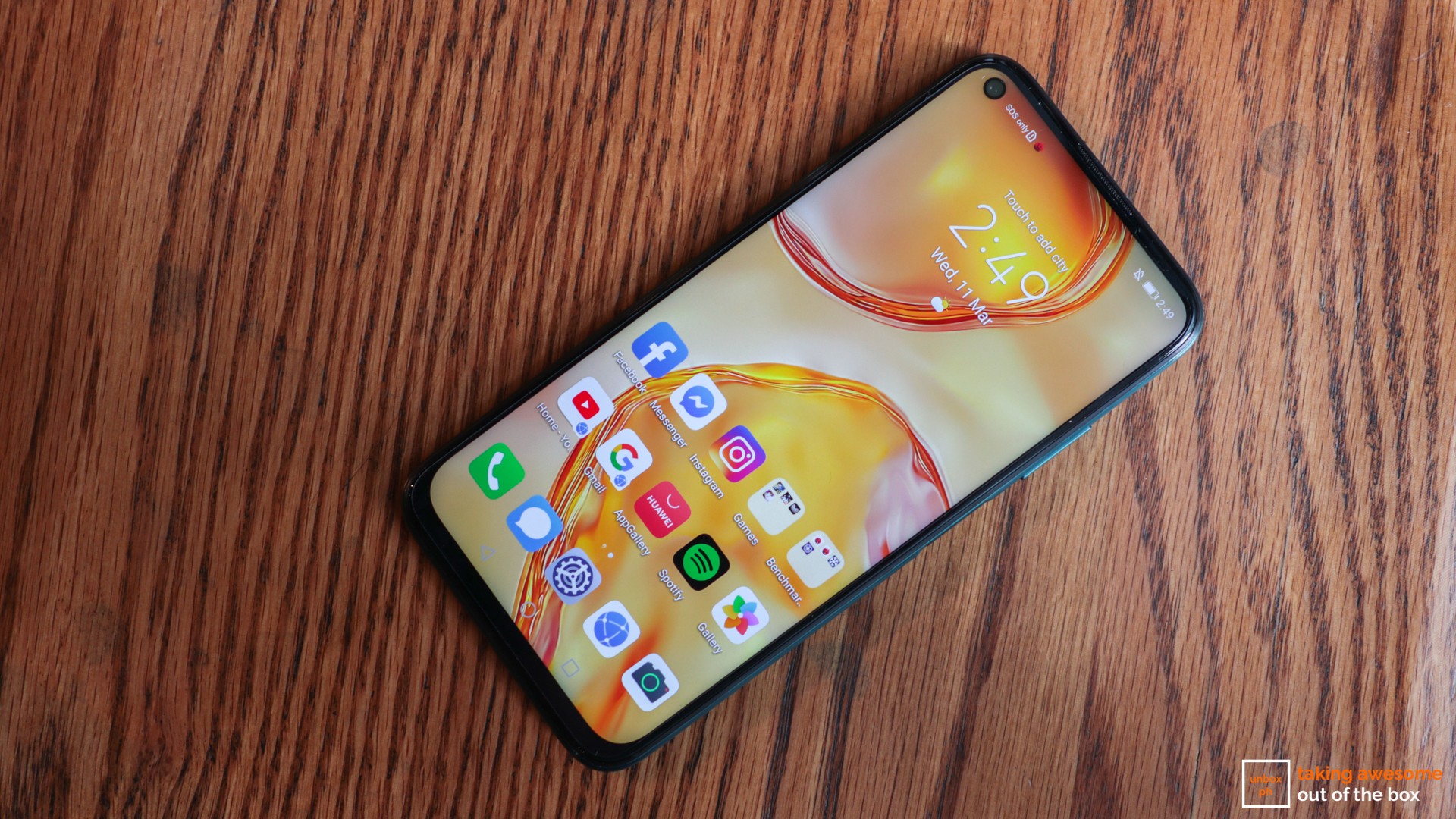 The Nova 7i is an important mid-range phone from Huawei as it uses a 7nm Kirin 810 processor instead of the aging 12nm Kirin 710, making it the first phone to use the new chipset in the country. Aside from the more power-efficient manufacturing process, the Kirin 810 comes with a dedicated DaVinci NPU that aids in improved AI performance and image processing.

Compared to Kirin 710, the Kirin 810 is a big leap when it comes to performance. On AnTuTu, the Nova 7i scored almost 307k in regular mode and 327k points in performance mode, which outperforms 2018 flagship processors like the Kirin 970. For reference, the P20 Pro scored around 266k in the latest version of AnTuTu, while the Kirin 710-powered Nova 3i scored around 165k. 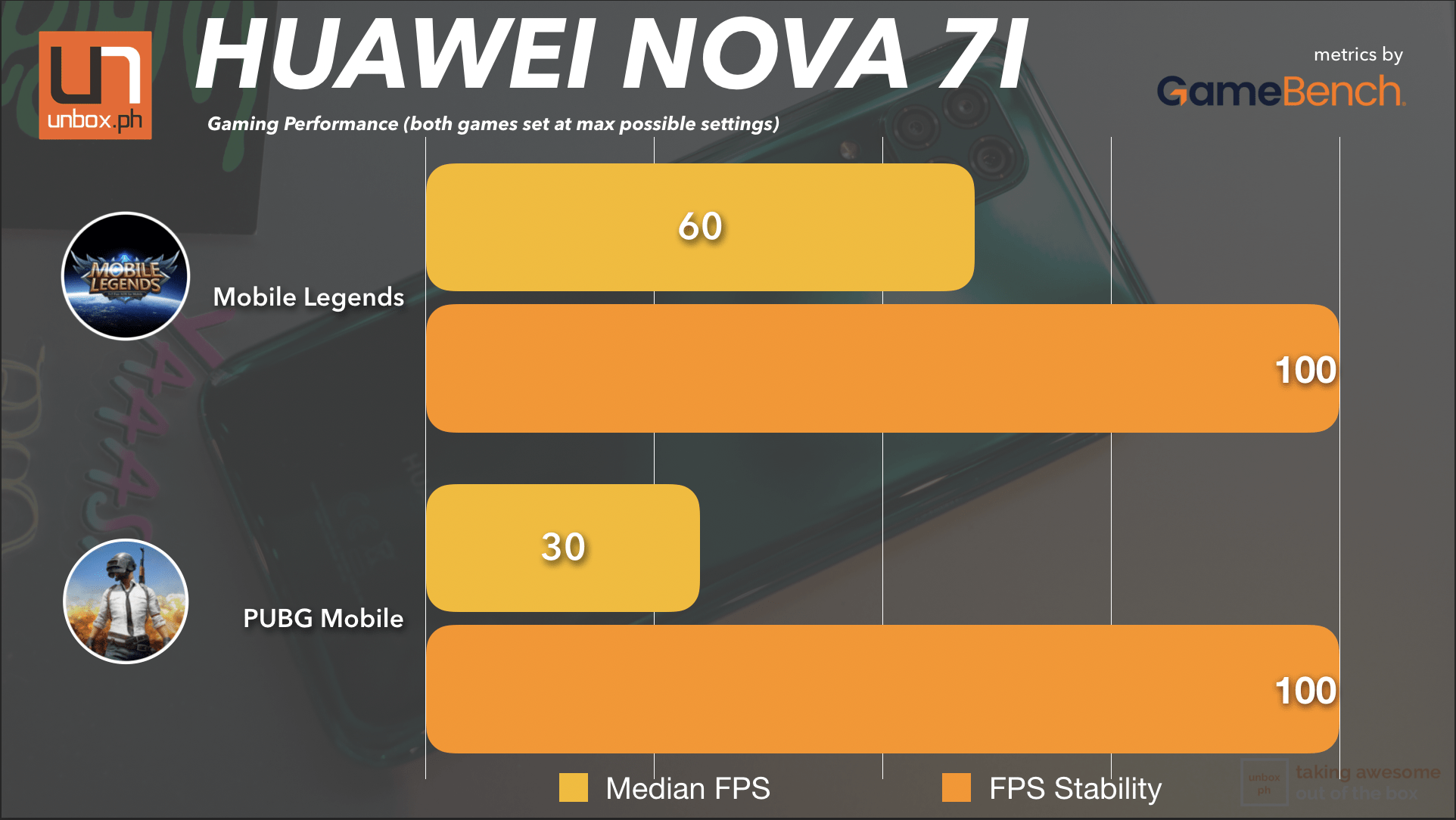 The Nova 7i’s overall performance is evident with gaming. We ran PUBG Mobile and Mobile Legends with the Nova 7i, and the phone performed flawlessly, delivering the maximum possible FPS with a 100% stability throughout each gaming session. It’s also worth noting that the phone was barely warm after playing games for a few hours—this shows how the Kirin 810’s 7nm lithography is essential for better power efficiency and thermal performance.

The Nova 7i comes with 8GB RAM and 128GB internal storage, which should be enough for most users. The internal storage is expandable, though it uses Huawei’s proprietary NM card instead of the more common MicroSD card.

The Nova 7i comes with an open-source version of Android 10, along with Huawei EMUI 10 overlay. While it does not have Google apps due to the ongoing spat with the US, you can download apps like Viber, Snapchat, TikTok, WeChat, PayMaya, and BDO via Huawei App Gallery. Huawei is adding more apps to App Gallery, so it is a matter of time before you can download your favorite app through Huawei’s in-house mobile app distribution platform.

Read: Here’s What You Need To Know About Huawei’s App Gallery

For apps not available in App Gallery, you can download them via Huawei browser or through third-party apps. If you need Google Apps, there are workarounds in installing them on the Nova 7i. 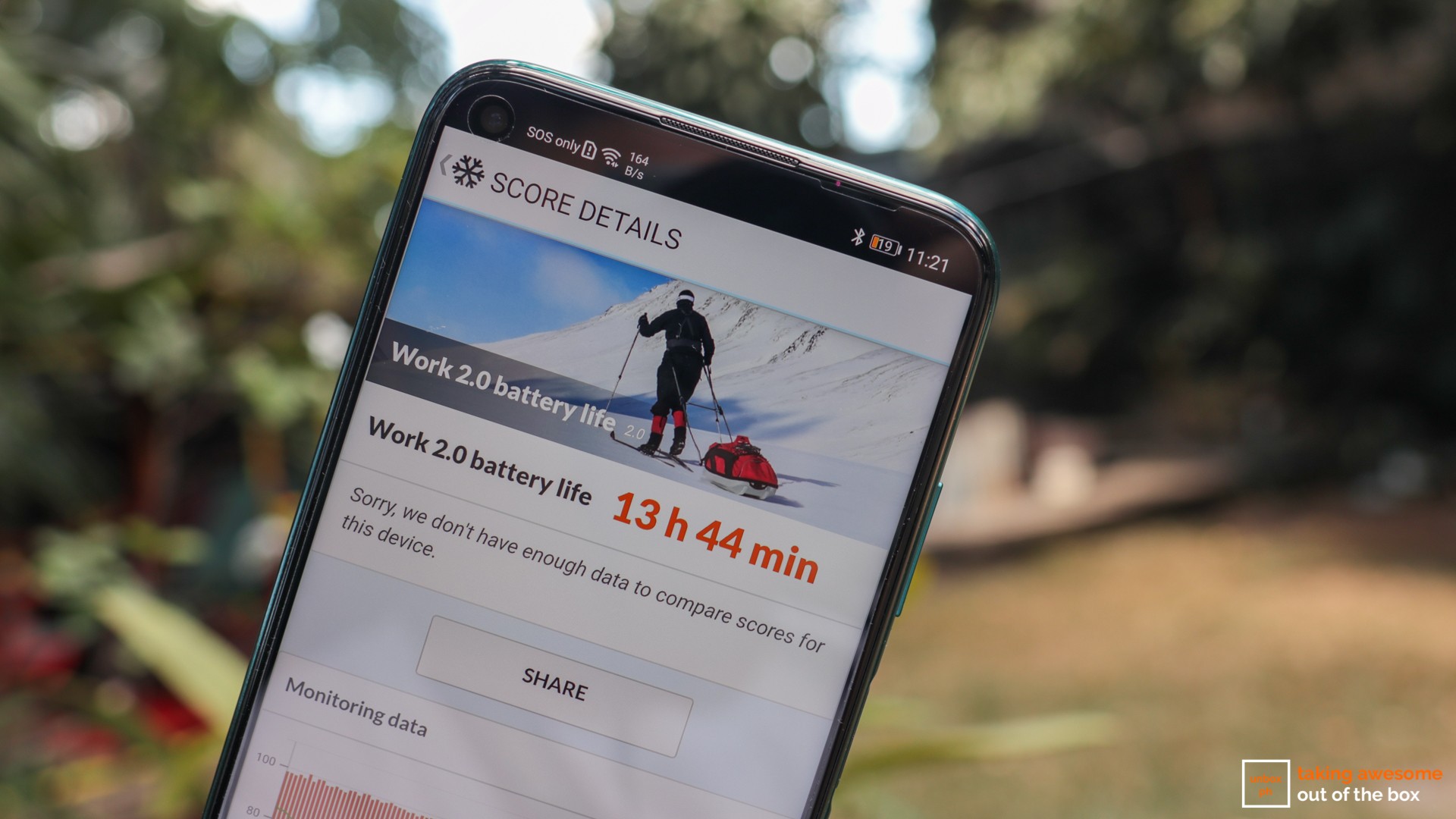 As for battery life, the Nova 7i’s 4200mAh cell got us around 14 hours on PCMark’s battery test, which translates to around two days of use. Topping it up is a breeze, as the Nova 7i’s 40w SuperCharge solution—the fastest possible charging solution for a sub-Php 15k phone—can fill up the battery from 20% to 100% in an hour. 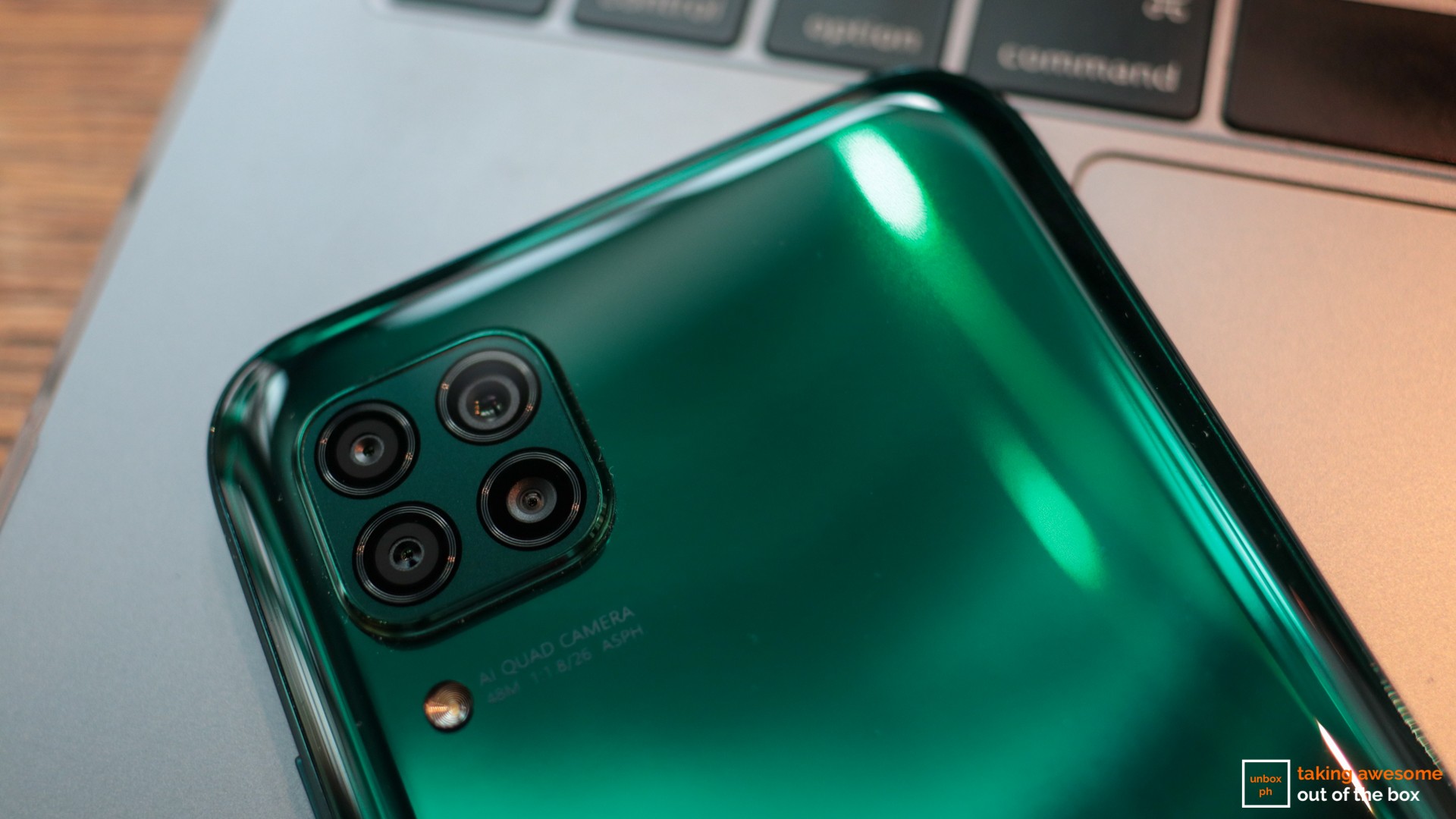 Great quad cams, plus a macro camera that is usable

The Nova 7i has a quad-rear camera setup that is almost similar to the Nova 5T, save for the lack of OIS in the main 48-megapixel camera and the lower-resolution ultra-wide-angle camera. Despite those minor downgrades, the Nova 7i ‘s cameras perform well thanks to the Kirin 810’s DaVinci NPU. Both the main and ultra-wide-angle rear cameras deliver a good amount of detail and dynamic range that can match 2018 flagship phones.

In low-light, it is recommended to stick to the main camera, as the ultra-wide-angle camera struggles in such lighting situations due to its aperture opening.

While we previously question the addition of a macro camera with the Nova 5T, the Nova 7i’s macro camera produced more usable close-up shots—again, this is partly due to the additional processing power from the DaVinci NPU.

Selfies are also good with the Nova 7i as well, as we got clear shots even in low-light situations.

As much as the Nova 7i excelled well in photography, it falls short when it comes to video. You can’t shoot 4K with the Nova 7i, so you’re stuck with Full HD video recording. A number of 10nm and 8nm mid-range processors have support for 4K video recording, and we’re puzzled why Huawei limits the feature to its Kirin 900-series processors. 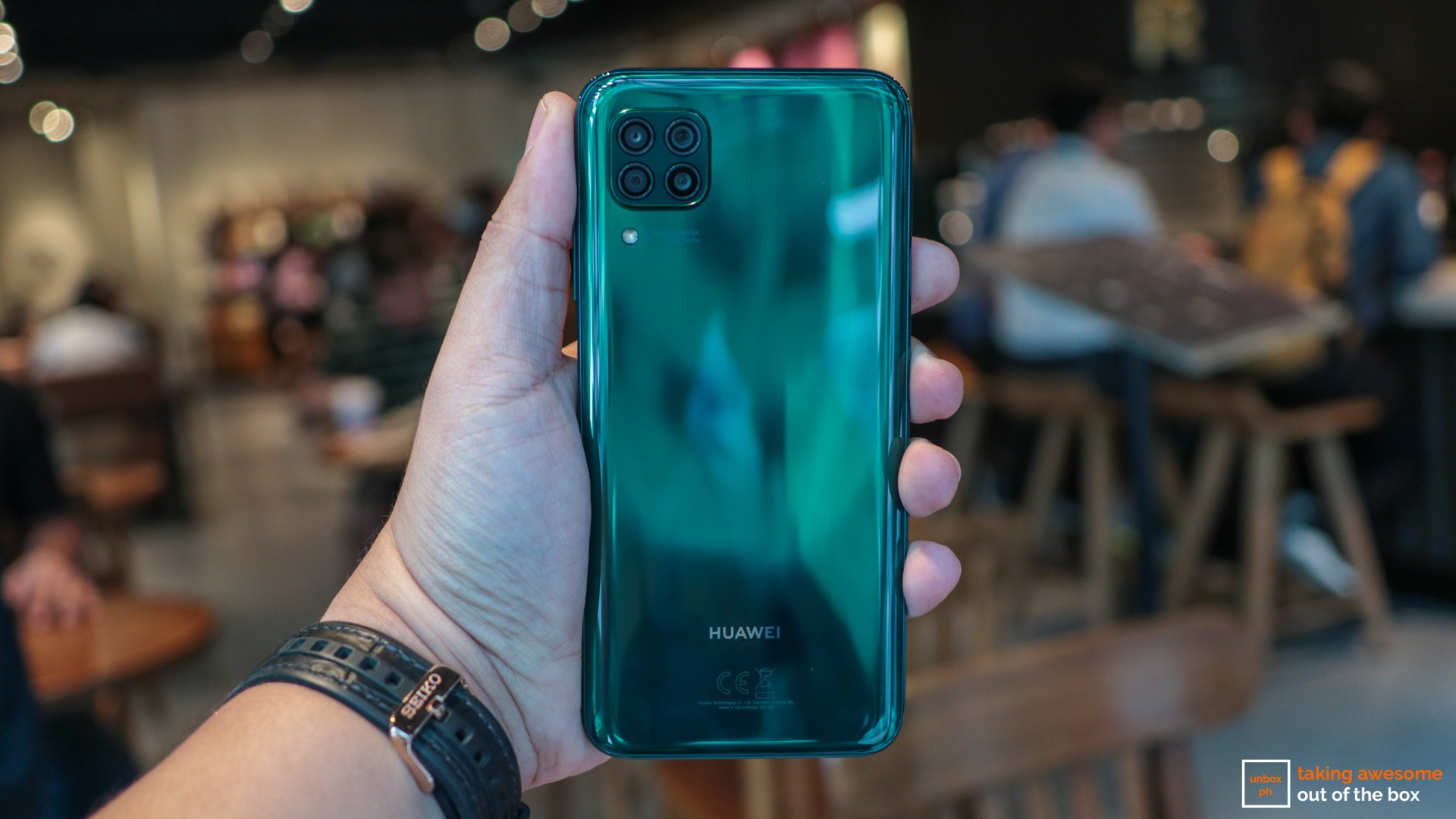 In the saturated and competitive mid-range market, the Nova 7i is a strong contender thanks to its Kirin 810 processor that outperforms most Qualcomm and MediaTek processors that play in its price point. The Nova 7i ticks all the boxes for a compelling mid-range phone, only missing out with the inferior loudspeaker, proprietary NM Card storage expansion, and lackluster video features.

While the Nova 7i may be priced a bit close to the Nova 5T—which is currently priced at Php 16,990, it stands out from its more expensive sibling with an equally good processor, slightly bigger display, headphone jack, and 40w SuperCharge wired charging.