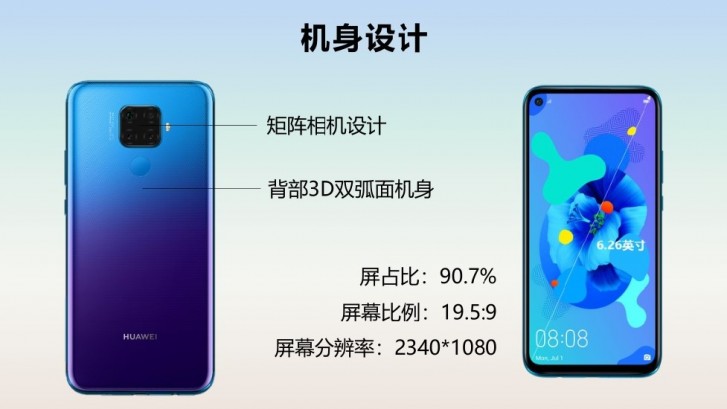 It will also be known as the Mate 30 Lite

Prior to the official unveiling of the Nova 5 family, there were talks about a Nova 5i Pro—which is allegedly the fourth variant. That said model did not arrive at launch, but it seems that Huawei is going to unveil the said phone at a later date. 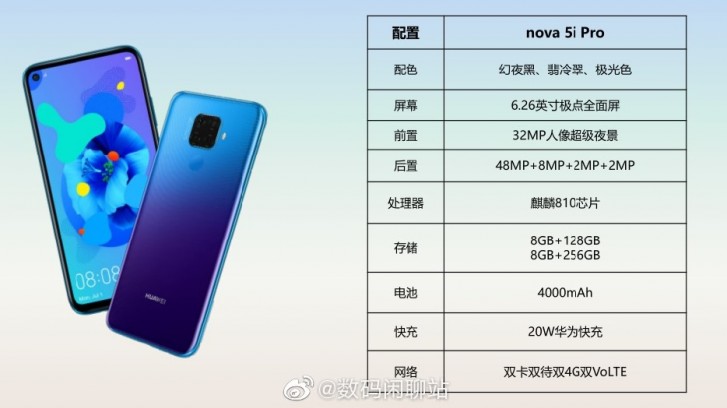 Leaked renders, along with a comprehensive spec sheet, reveal that the Nova 5i Pro will look drastically different from its other Nova 5 siblings. For the front, you get a 6.26-inch punch-hole display with a Full HD+ resolution and a 90.7% screen-to-body ratio. The punch hole is home to a 32-megapixel snapper.

Going to the back, you get a curved back with a Mate 20-like camera module housing a 48-megapixel main camera, 8-megapixel ultra-wide-angle camera, and two 2-megapixel depth sensors. Right below it is a fingerprint scanner.

For the internals, you get a Kirin 810 processor paired with 8GB RAM and 128GB/256GB internal storage. A 4000mAh battery keeps the lights on with 20W fast charging.

Globally, the Nova 5i Pro will be known as the Mate 30 Lite—which should explain the back panel design. We expect the phone to launch a few weeks before the Mate 30 family will launch in October.

eToro Wants to Make Online Trading Easy and Accessible to Everyone