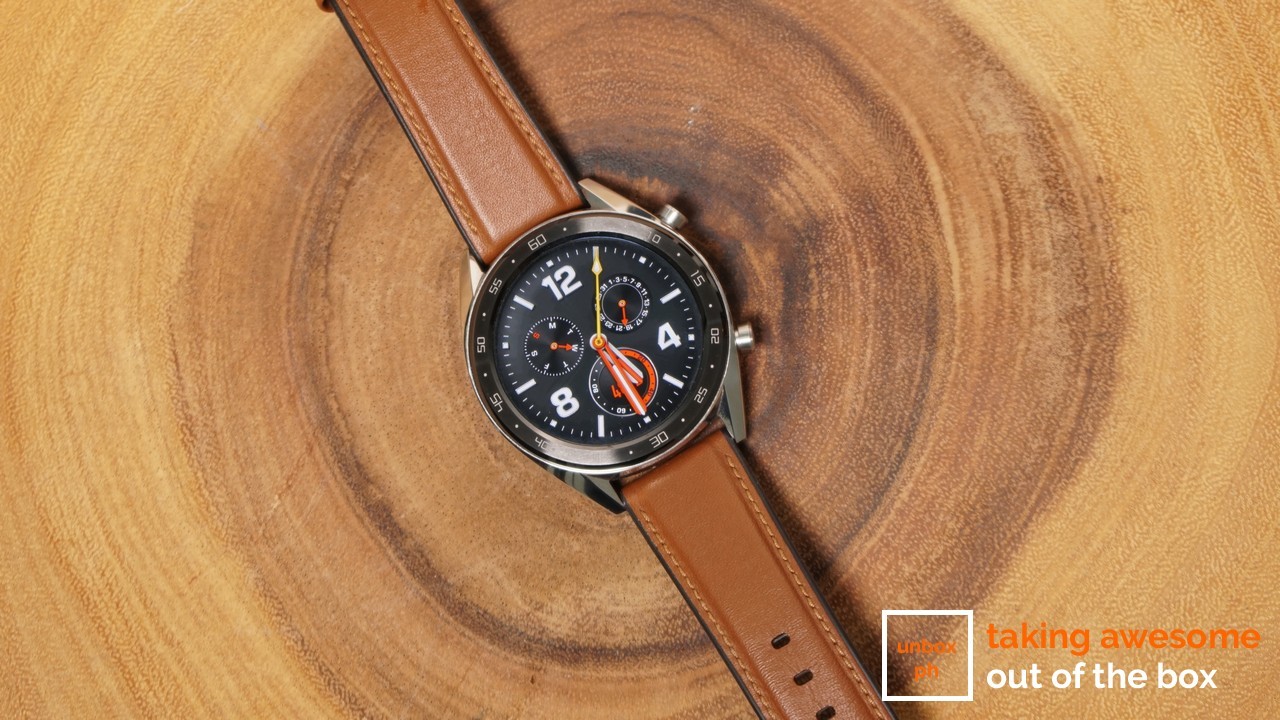 I haven’t worn a smartwatch in ages. Aside from being one of those guys that use their phone to check the time, the hassle of having to charge a watch every other day is tiring. I’ve gone on trips where I thought that the charge on my smartwatch was enough that I didn’t need to bring its charger, only to find out mid-way through my trip that it was already dead.

That’s not the case with Huawei’s Watch GT. The past week has been crazy enough that I haven’t really had the time to charge the Watch GT since I got it a week ago but it’s still plodding on as I write this review. That’s incredible longevity that few smartwatches can match, and something that supersedes whatever minor gripes I have with it. 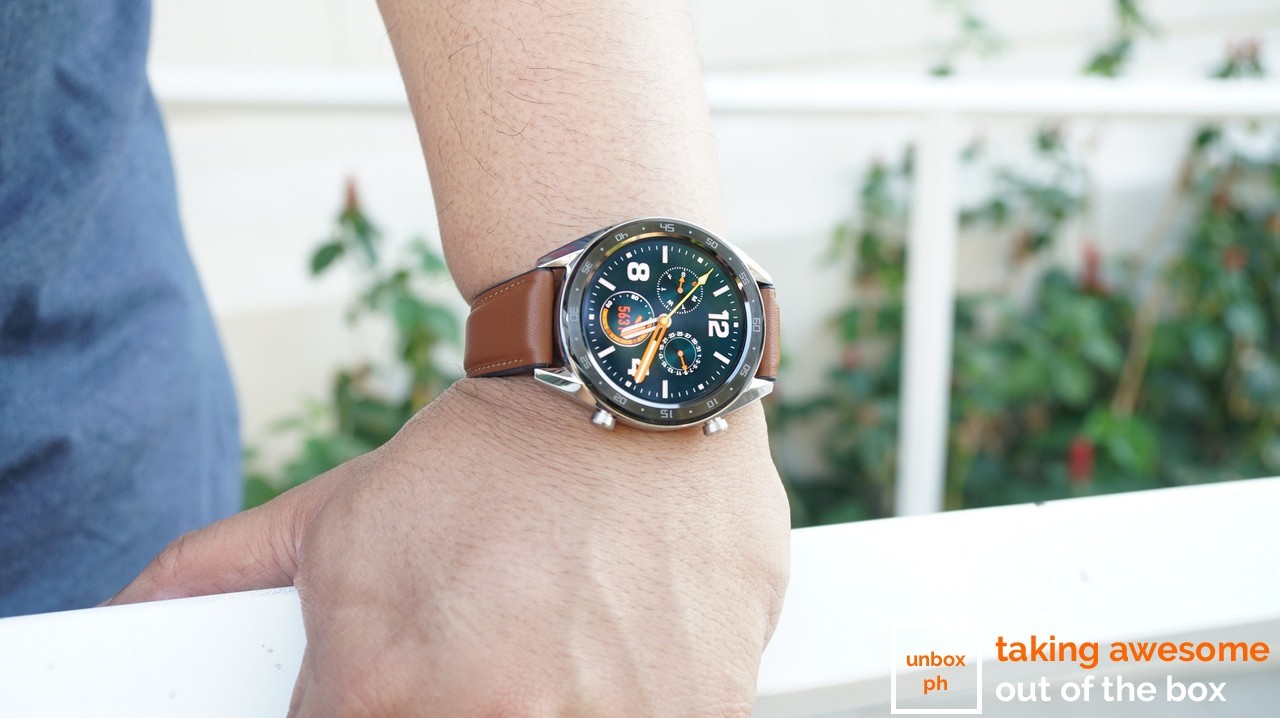 Probably the biggest problem that half of the population will have with the Watch GT is how it’s styled. Its 46mm watch face and styling make it a perfect watch for guys. Because of its size, it’ll look, well, weird on women, especially if you have dainty wrists.

Unlike other smartwatches, the Watch GT tries to mimic the look and feel of a standard chronograph watch, and sports a stainless steel body that’s water resistant up to 5 ATM. 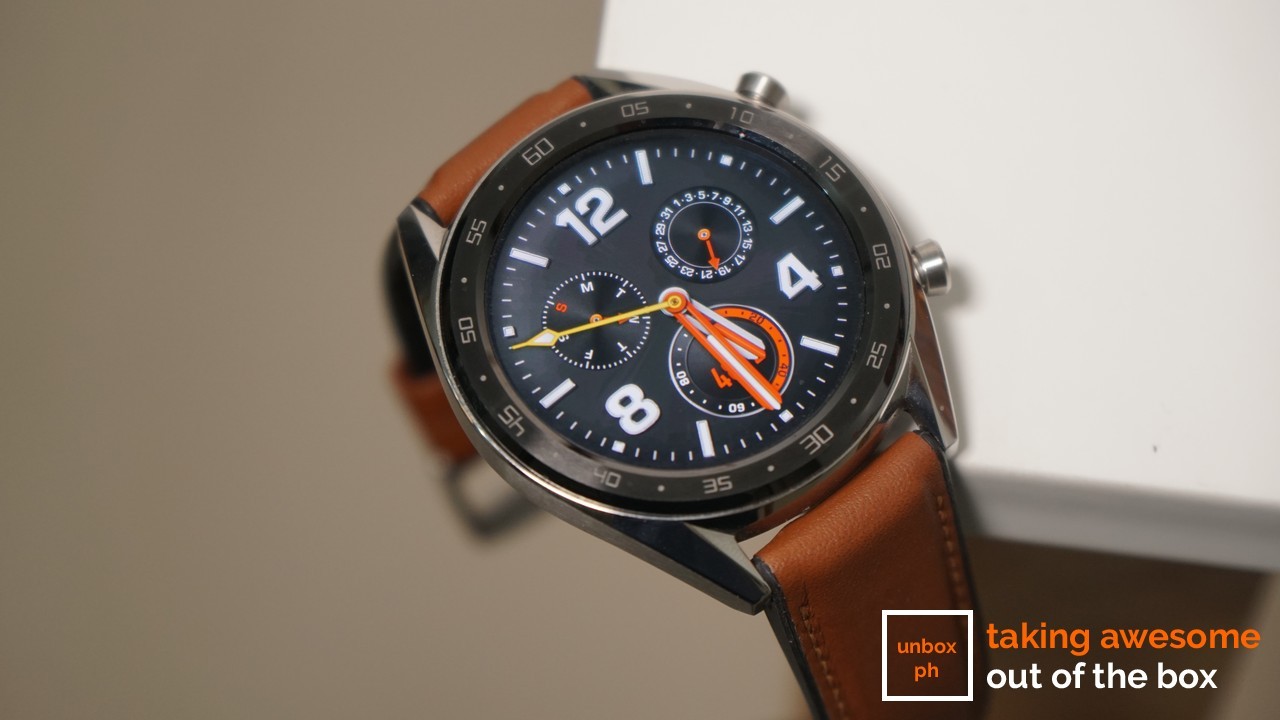 There are two buttons on the side that facilitates navigation, and the 1.39 AMOLED display doubles as a touchscreen as well. Speaking of the display, it’s bright and gorgeous, and more importantly, extremely battery efficient. The display is pretty tough too – the round AMOLED panel is still pristine and free of scratches after a week of hard use. 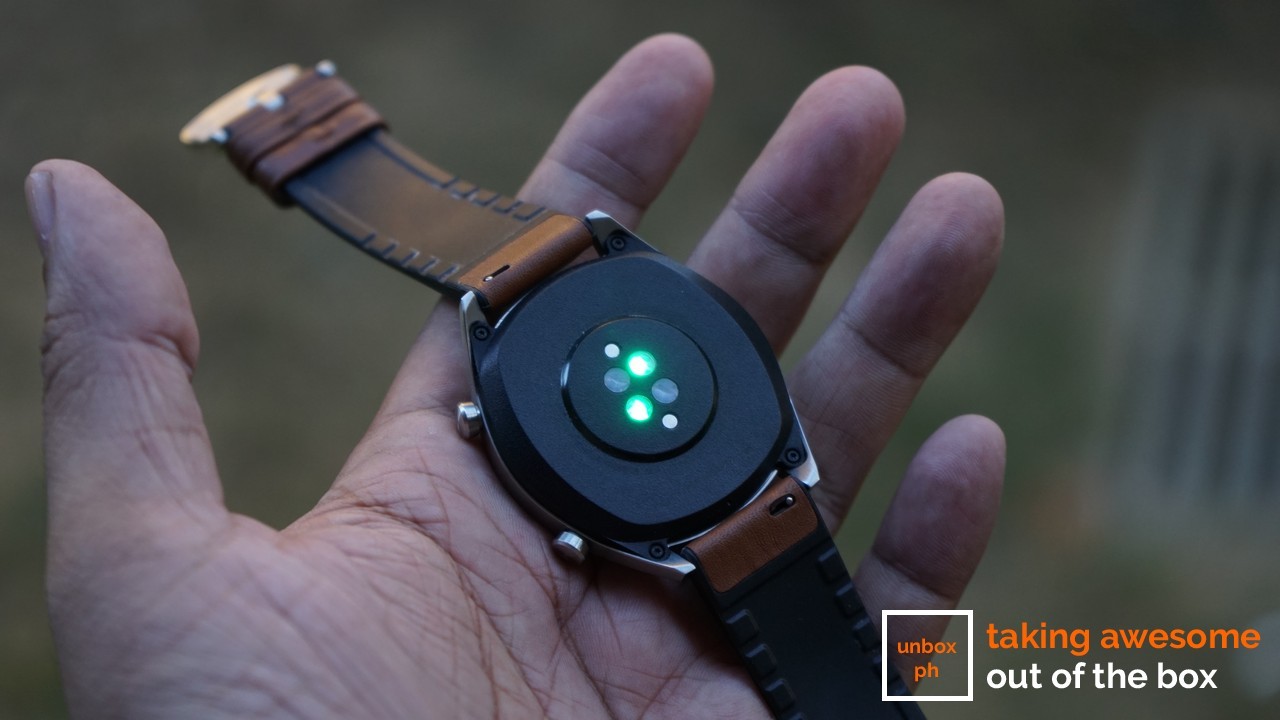 The bottom is made out of plastic and holds the optical heart rate monitor as well as the charging pins underneath. The watch attaches via magnets on its charging cradle and isn’t as fiddly as Huawei’s past smartwatches to connect.

The Watch GT comes in two watch band flavors: silicone and leather. The leather band that we got with our review device really make the Watch GT look like a regular chronograph on your wrist, at least until that display lights up. The 22mm watch band can easily be replaced as well if you don’t like either option. 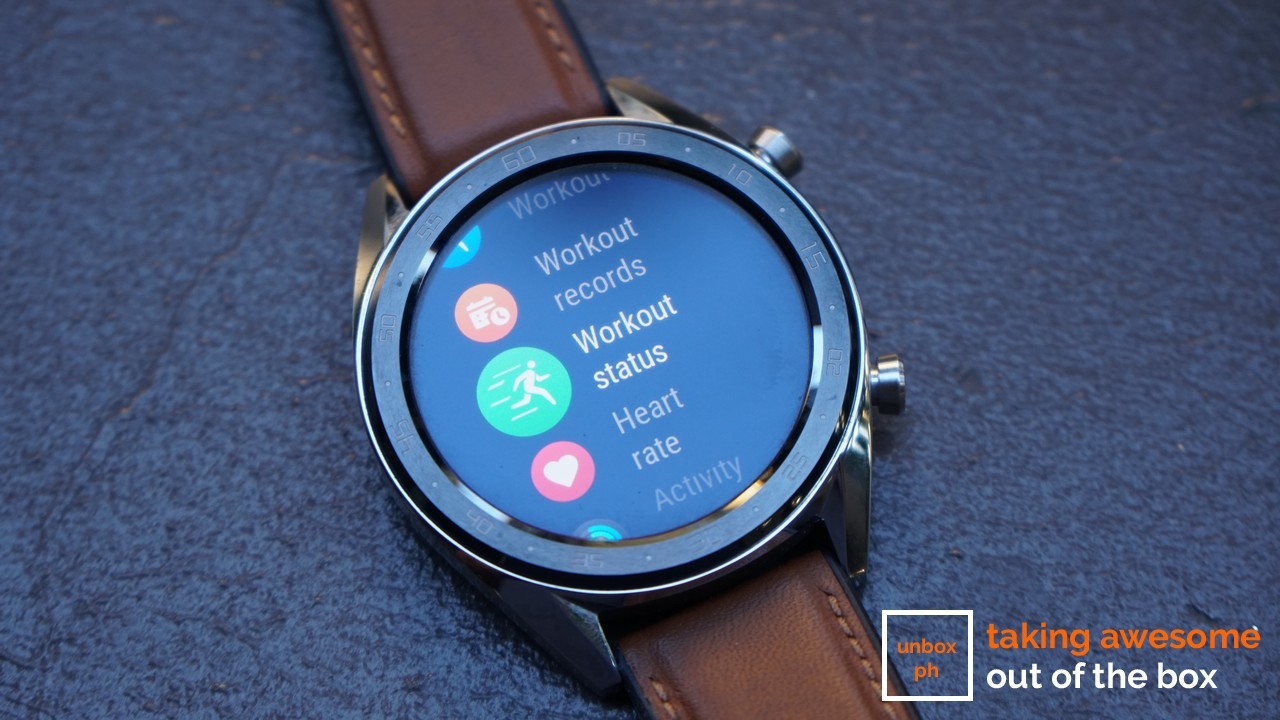 The software is sparse and a little clunky

Unlike Huawei’s other smartwatches, the Watch GT doesn’t use Android Wear. Instead, it uses Huawei’s proprietary fitness OS (LiteOS) that cuts out unnecessary frills and just leaves you with the fitness basics. It’s a little clunky to use sometimes, but it’s straightforward enough that anyone can learn it in five minutes.

We wish it presented more information to us though, like a closer look at the notifications given to us and not just contracted versions, as well as more detailed look into weather etc. but then again this particular watch isn’t made with that in mind. 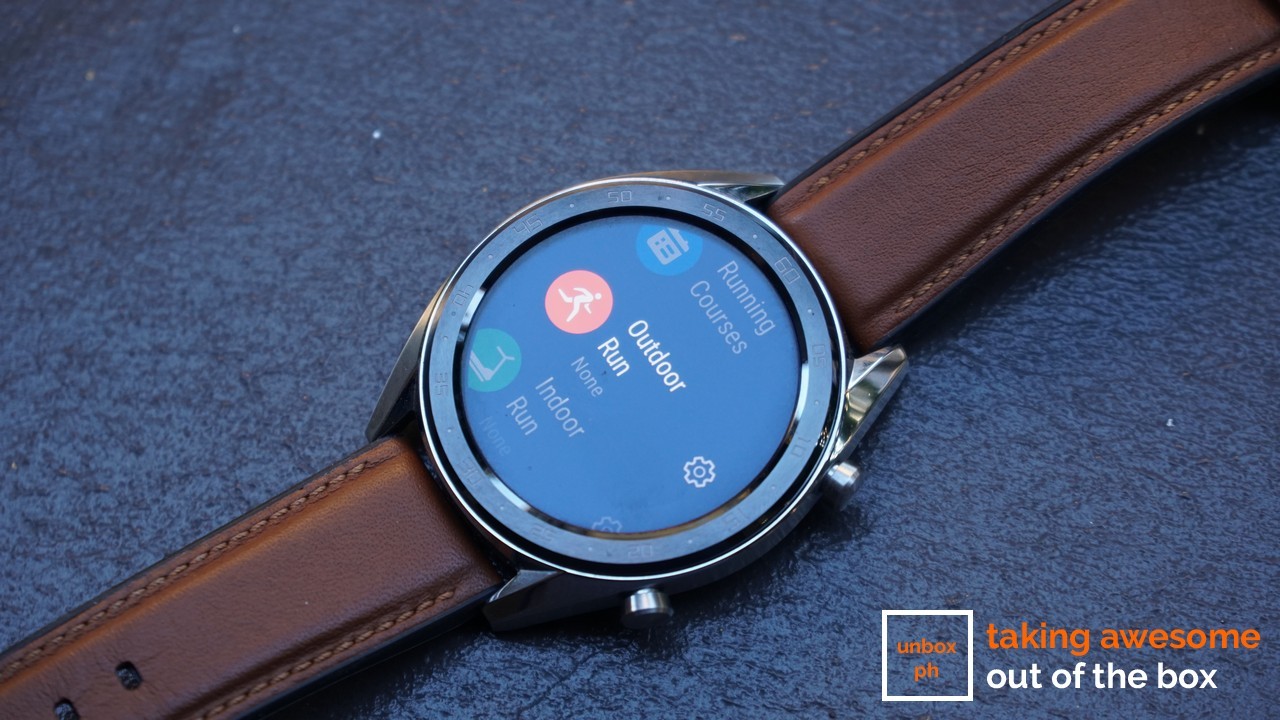 All the things you need to stay in shape

What the Watch GT excels at though is fitness tracking. There are several workout routines that you can call on by pressing the second button on the side. The exercises include basic ones like running, hiking, biking as well as swimming. Pressing the top button gives you an app menu of sorts where you can take a look at your activity records, sleep details, compass, weather and other details. The watch also has its separate GPS unit that you can use just in case you want to keep your phone home when you run or bike, though it doesn’t have any kind of internal storage or the ability to store tunes so you’ll have to bring another device if you want to listen to music when you work out. 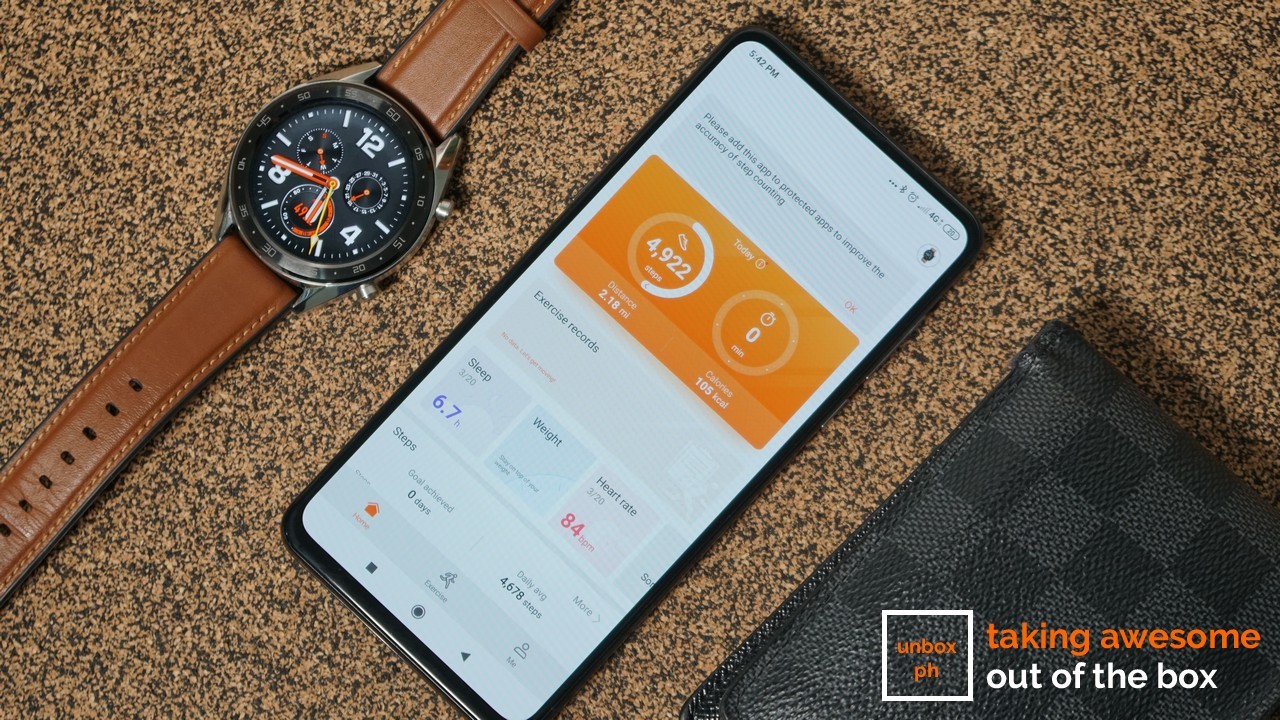 There’s not a lot of watch faces you can choose from here, and while Huawei’s Health Companion app is useful, it doesn’t sync to a lot of third-party fitness applications. Your options are limited to Google Fit, Apple Health, and MyFitnessPal. If you use apps like Strava and similar apps, you’re out of luck.

That battery life is insane

If there’s one thing we really, really like about the Watch GT, it’s the battery life. We got the Watch GT a week ago with an initial charge of 50%, and since then we haven’t really put it in its cradle to charge yet. As I write this the watch’s charge level is at 11%, which means it’s gone through six days without needing to be charged, something that most smartwatches struggle to do. 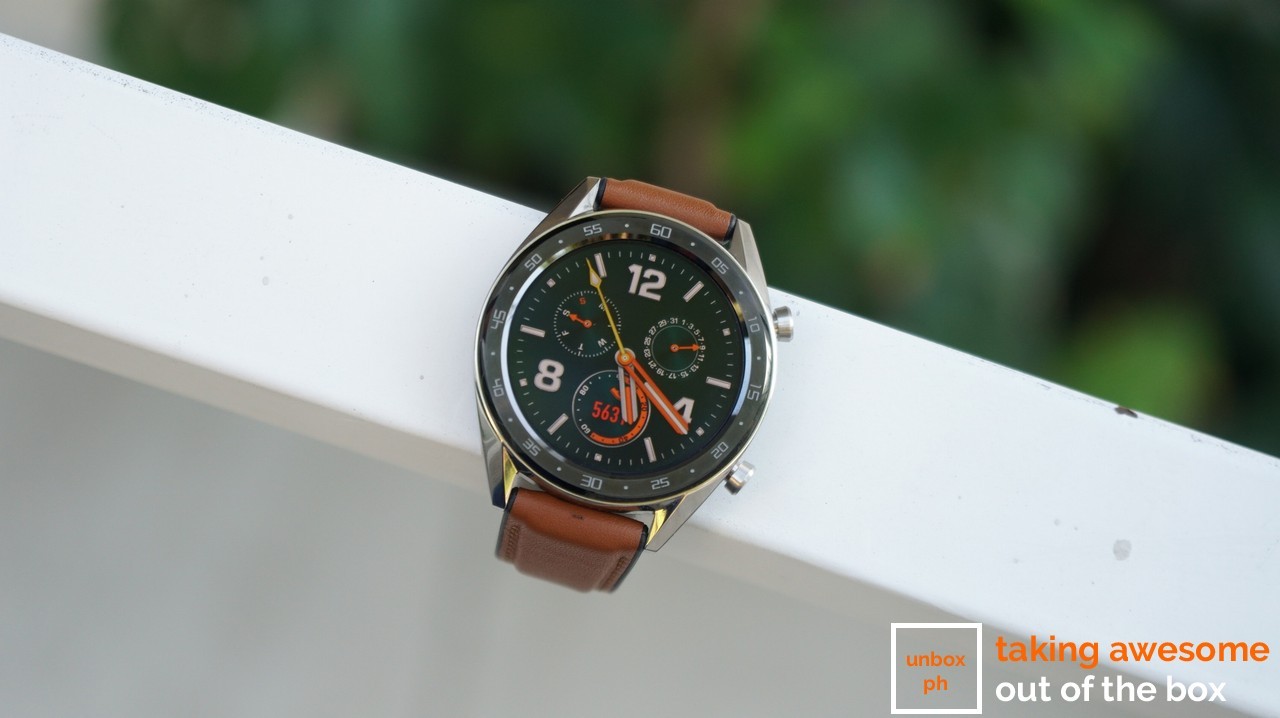 Verdict: A good-looking smartwatch that’s focused on fitness and health, and nothing else

Huawei’s Watch GT is one of the longest lasting smartwatches I’ve ever used, though that longevity comes at the expense of functionality that some people associate with smartwatches. Make no mistake, the Watch GT is primarily a health and fitness tracker with some smartwatch functionality built-in and not a fully-fleshed out smartwatch like the company’s earlier wearables.

And you know what? That’s perfectly OK since the Watch GT eliminates one of the biggest complaints that most people have with a wearable – battery life. The Watch GT has battery endurance that’s measured in weeks, and not days – and that’s more than enough to sway a large number of customers to at least give it a look.

The Huawei Watch GT is priced at Php 12,990 and arrives in stores tomorrow. 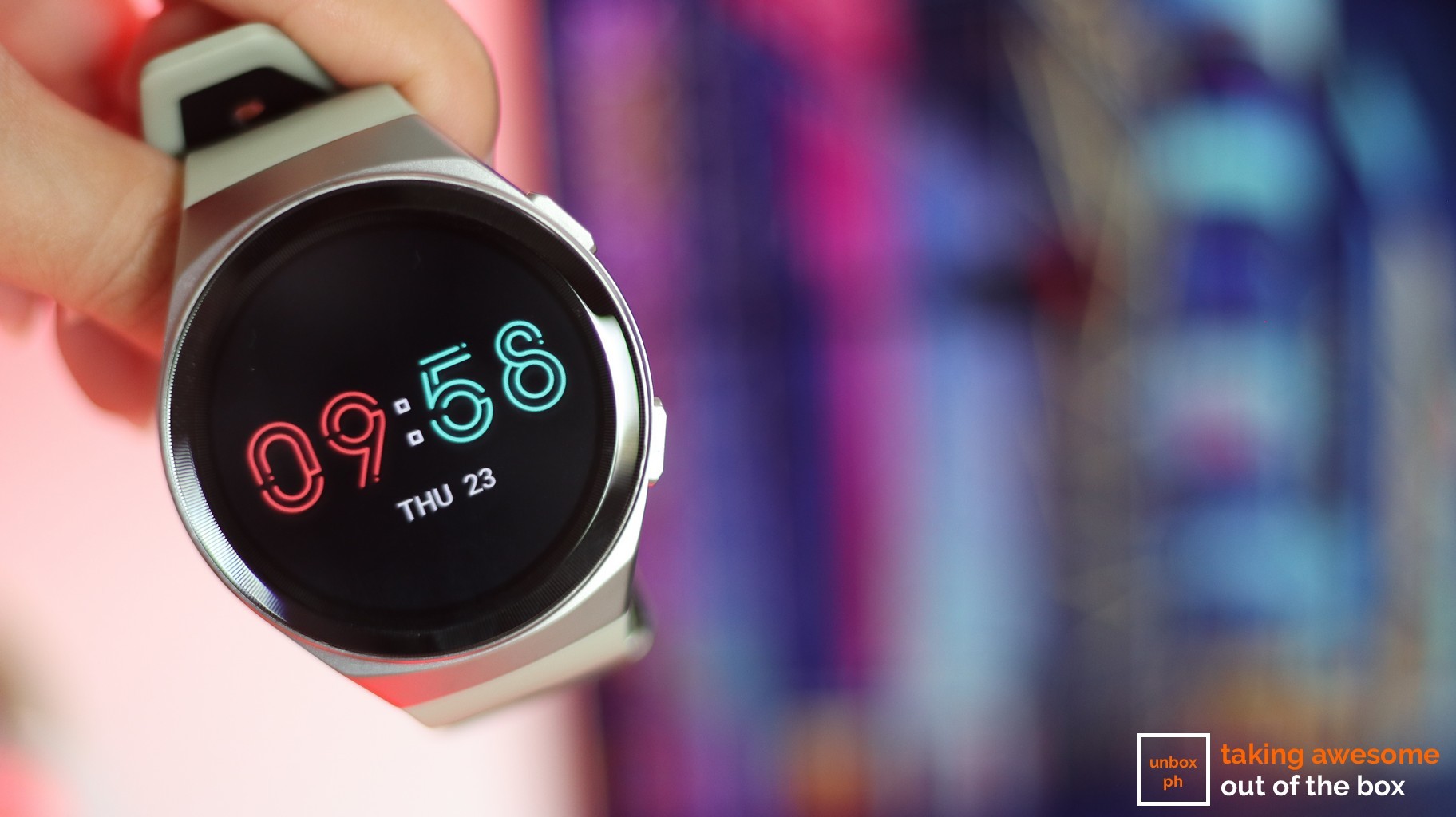 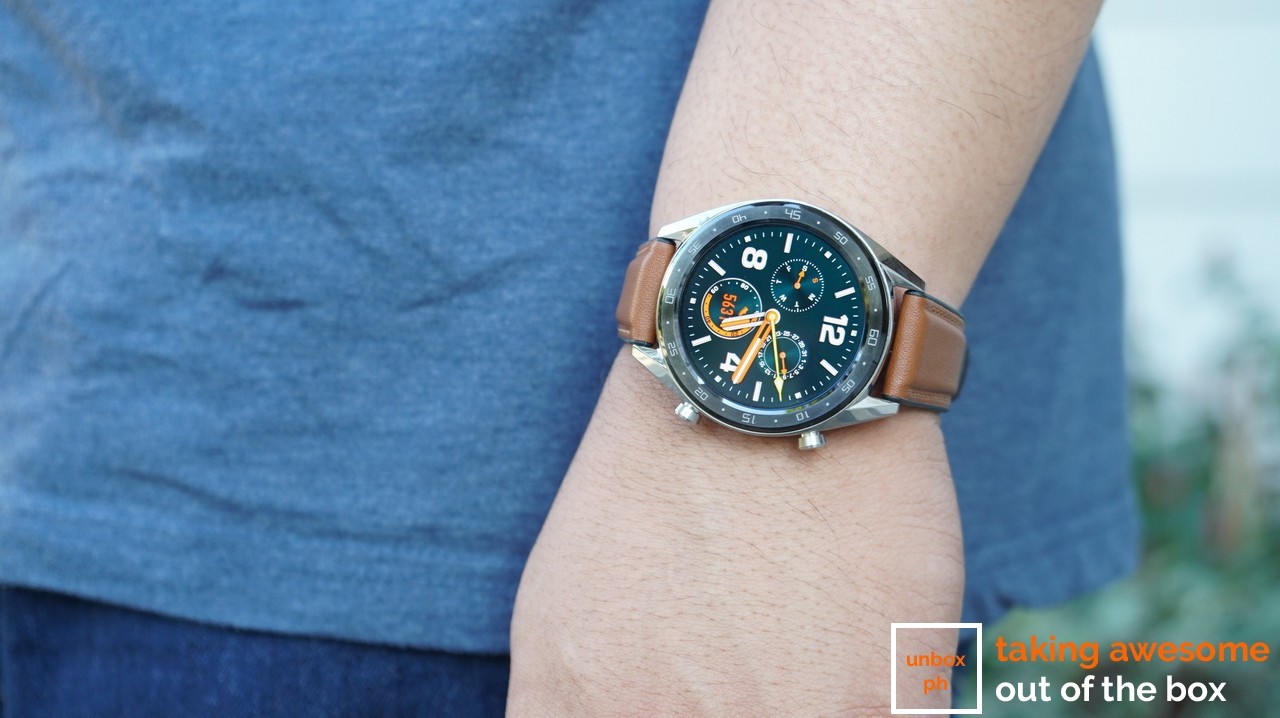