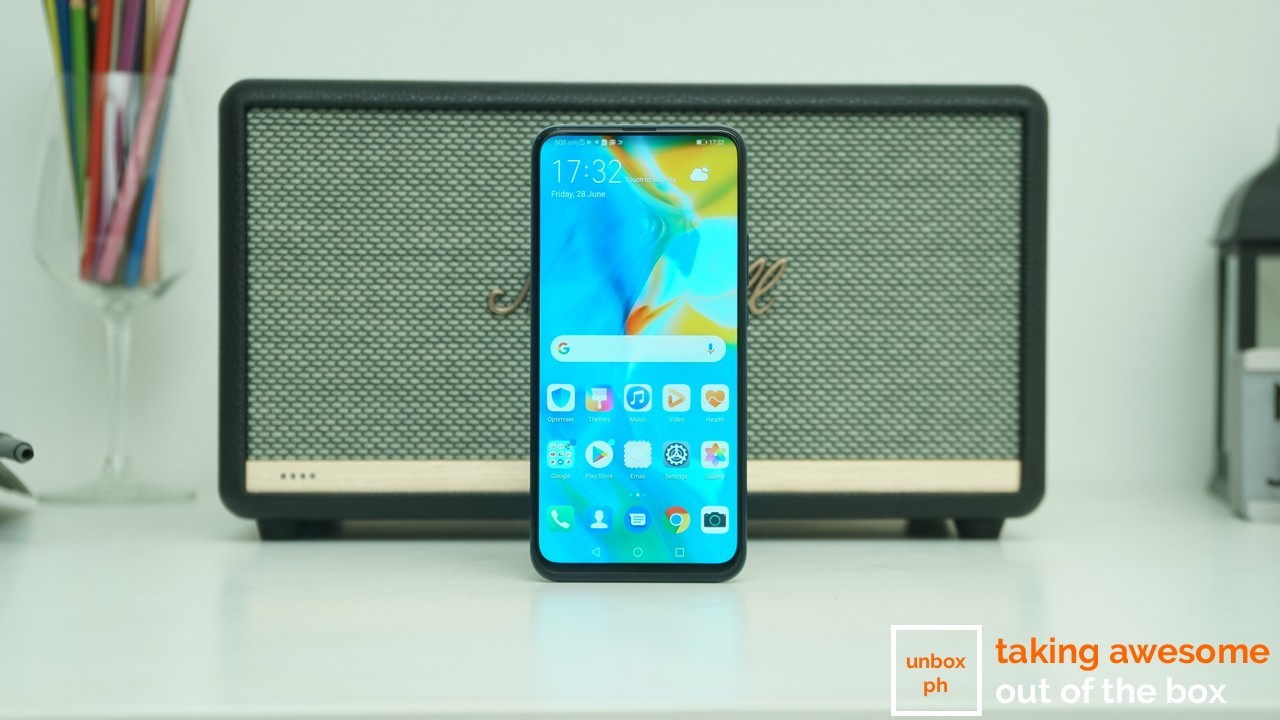 The Pop-up camera is fast becoming the new notch for 2019, as manufacturers look for a way to give consumers an all-screen experience. But pop-up phones usually come with a premium price tag, with most consumers having to pay more than Php 15K to experience all-screen heaven. 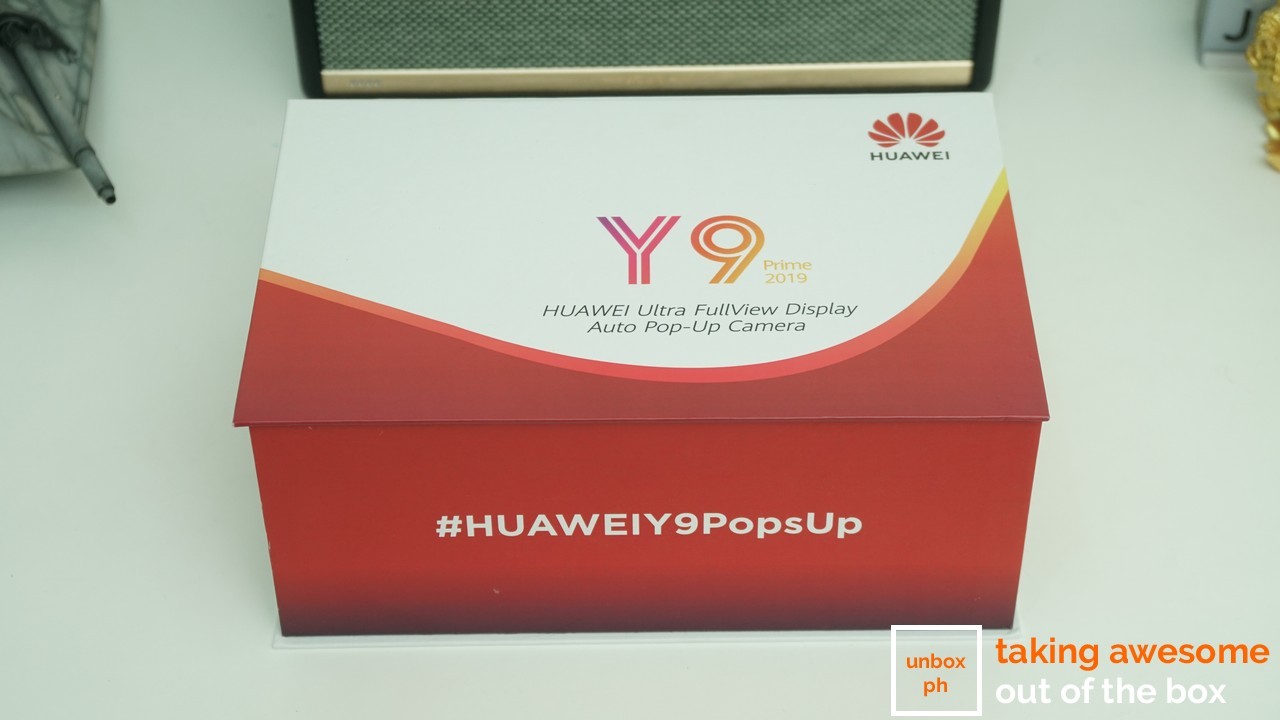 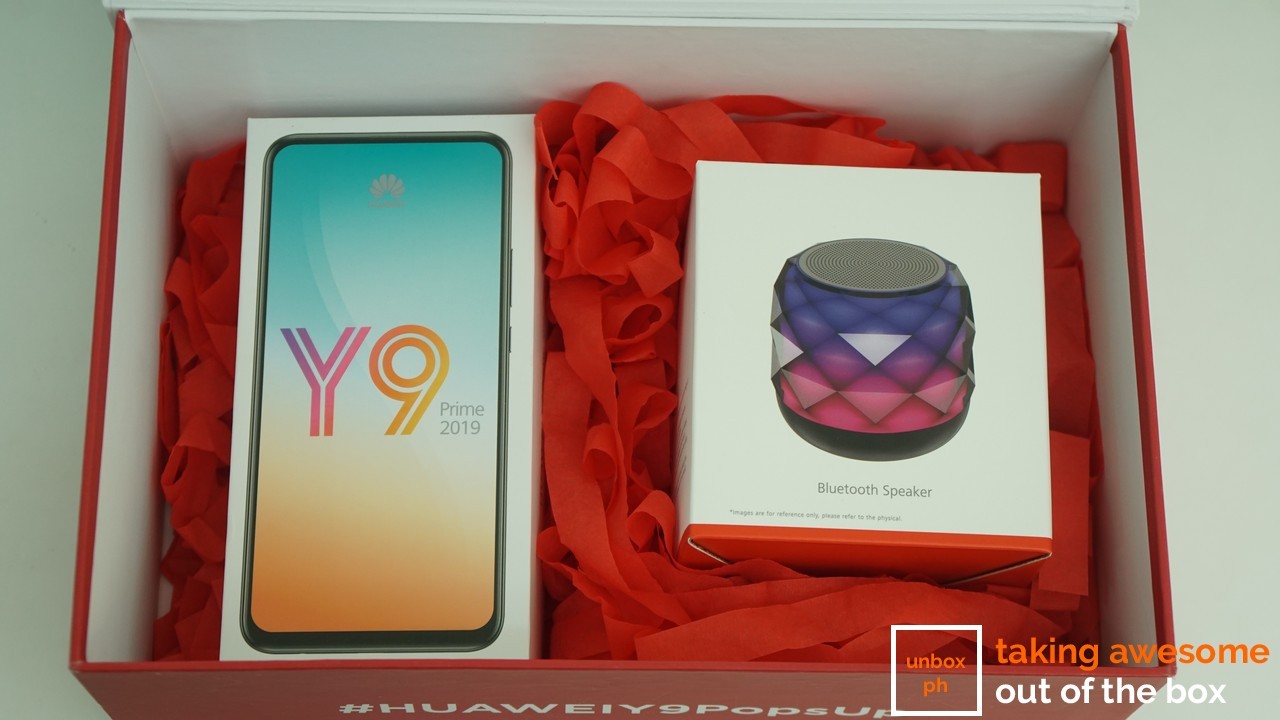 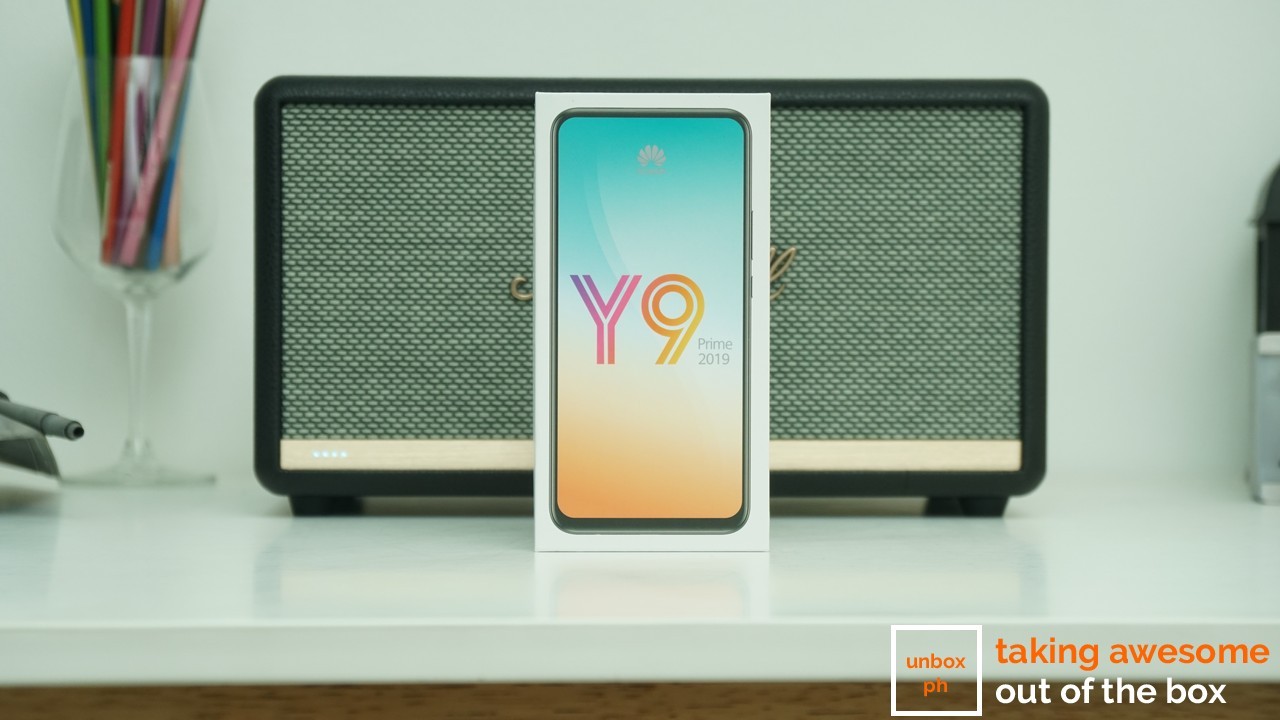 As for the actual box of the phone, it looks much like the packaging of phones in Huawei’s Y-series of devices, with the phone’s front printed on the top of the box. 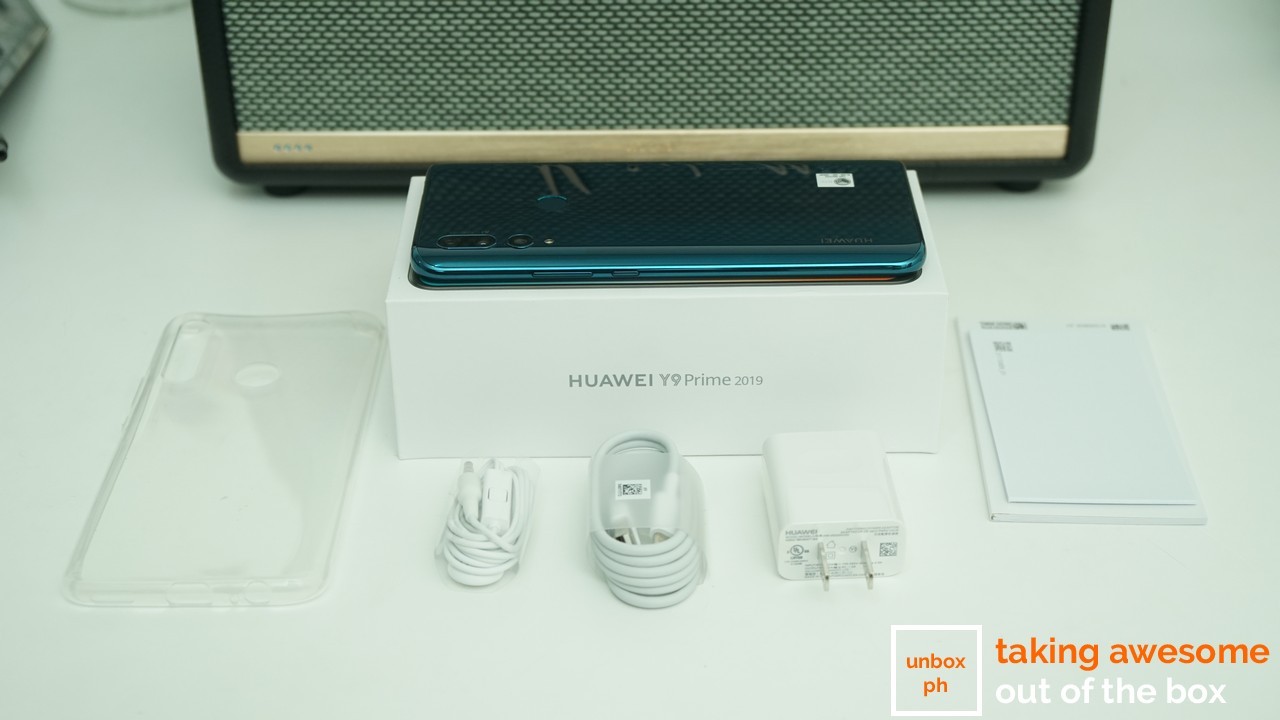 Inside the box you’ll see the usual stuff: documentation, a soft silicone case to protect the phone, USB charger, USB Type-C cable, a pair of headphones as well as the phone itself. 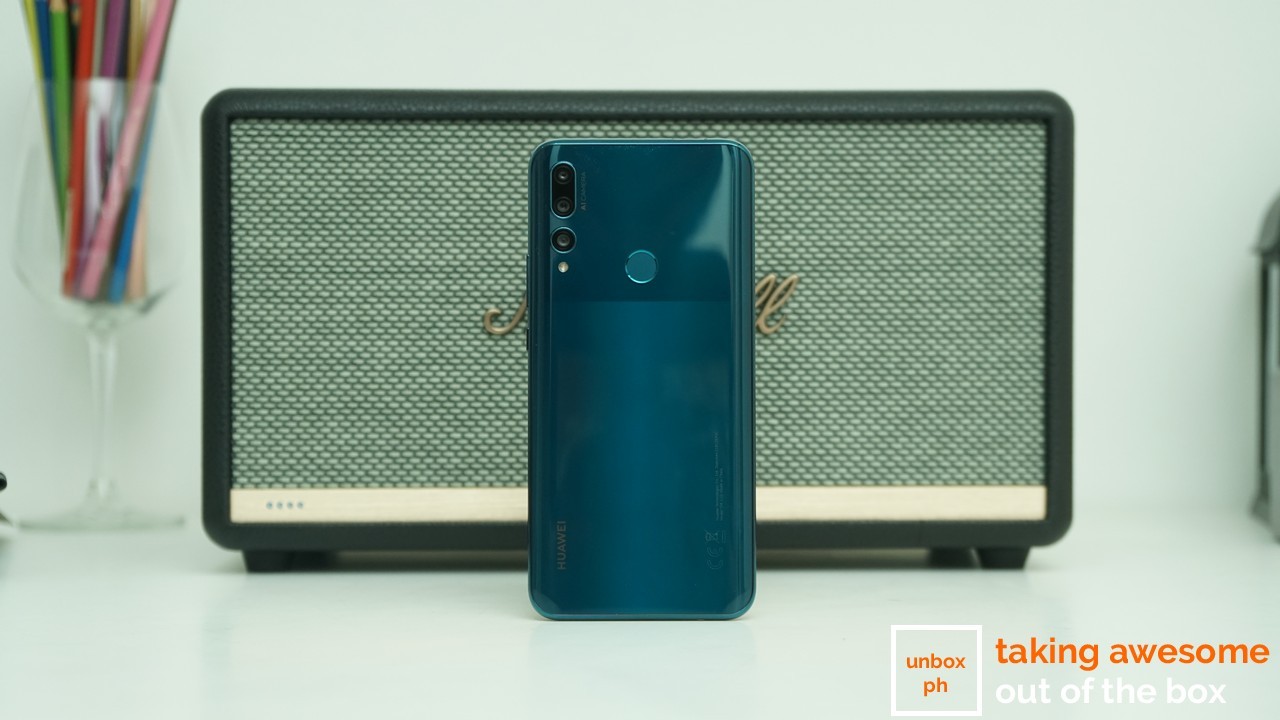 Huawei was the first company to popularize gradient finishes on their phones, so it came as quite a surprise to see that the Y9 Prime 2019 did not come with a gradient finish. Instead, the company used a different, subdued finish on the lower two-thirds of the back. 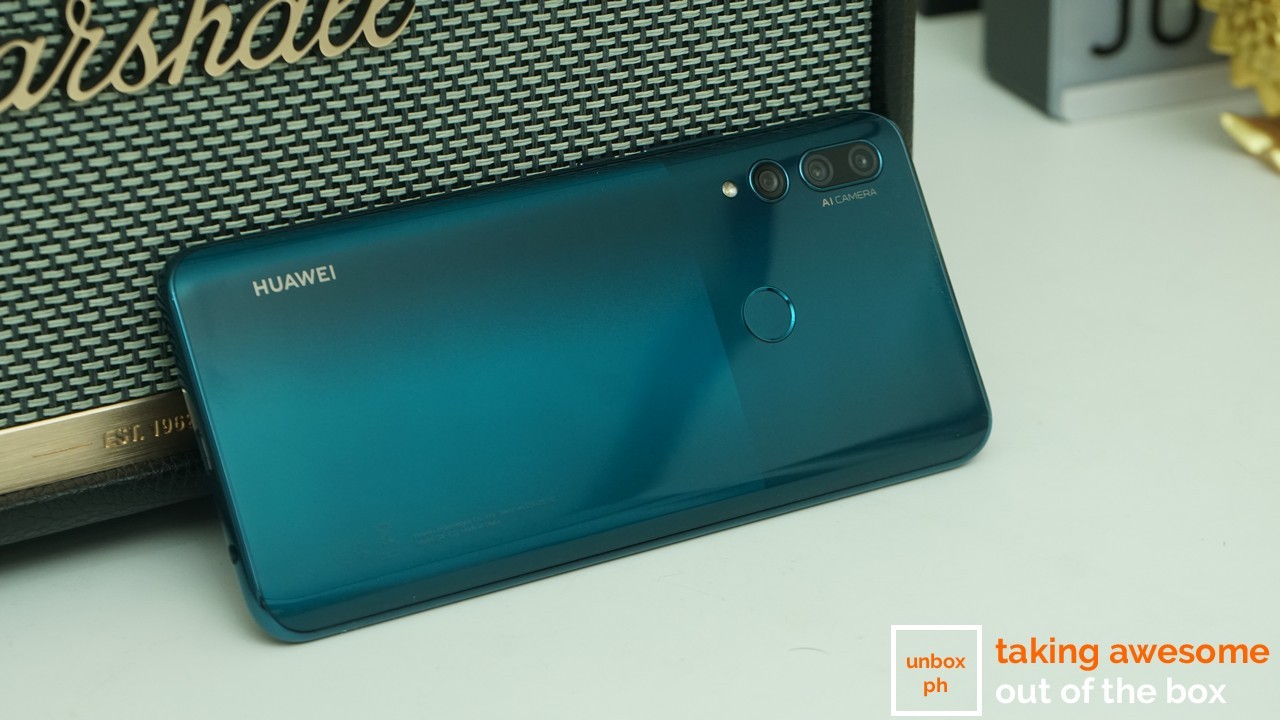 We like the new design direction for the Y9 Prime 2019, as the two-tone finish is subtle enough to be low key but has enough visual pop to make it stand out in the sea of glimmering gradient-backed phones available in the market today. 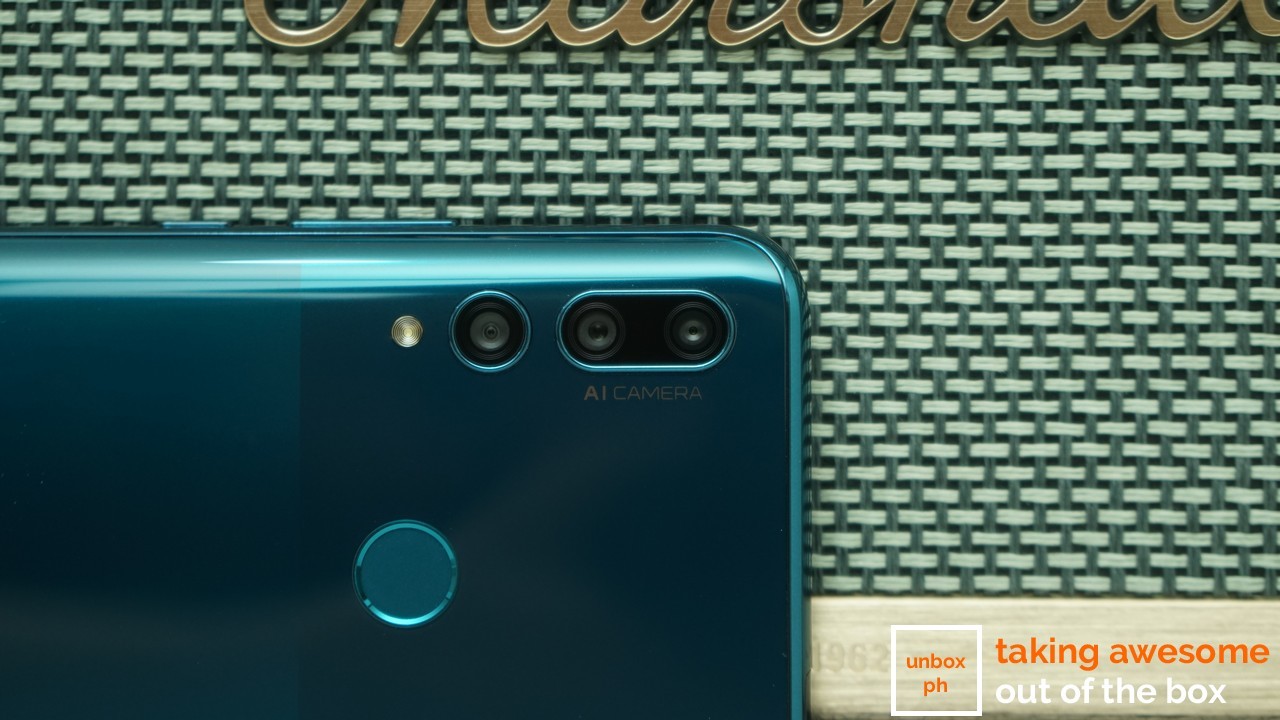 The phone has a triple camera arrangement of the rear, stacked vertically that’s composed of a 16-megapixel f/1.8 rear main shooter, 8-megapixel wide-angle camera and a 2-megapixel depth camera. 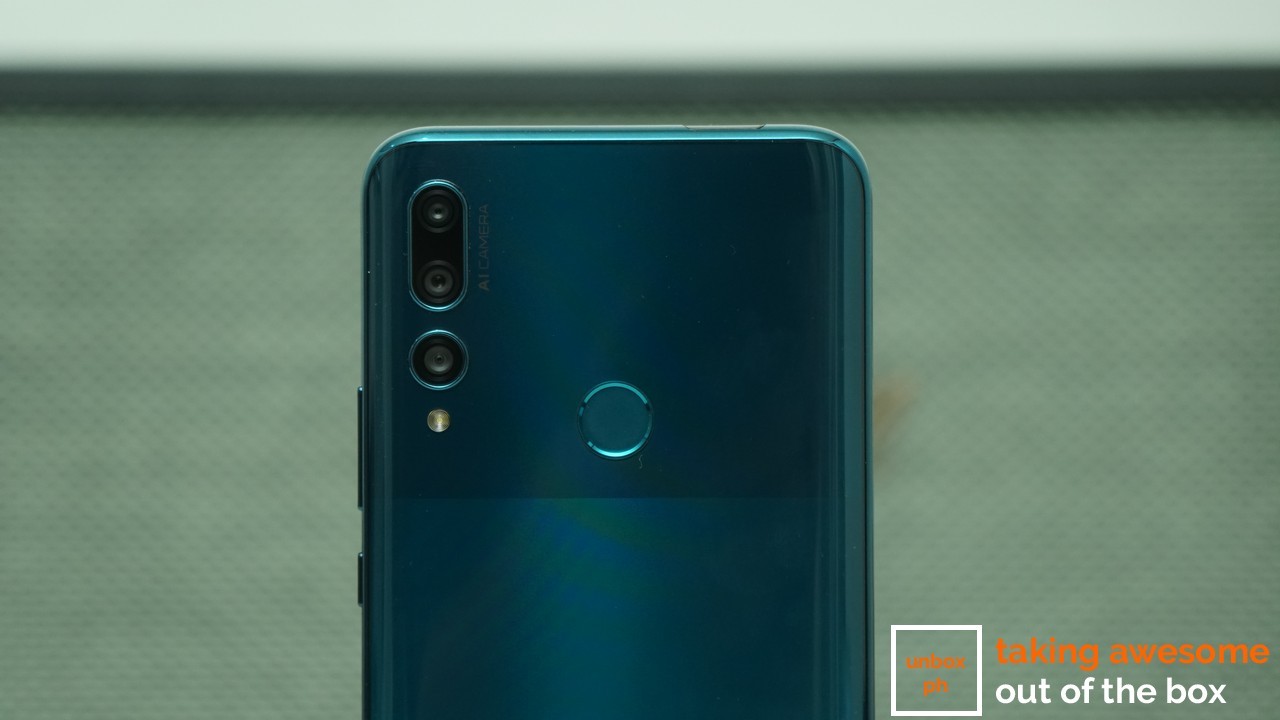 Triple cameras were first popularized by Huawei’s P20 Pro last year and we’re happy that that premium feature is trickling down to more affordable models.

The physical fingerprint scanner is also located on the back of the phone. 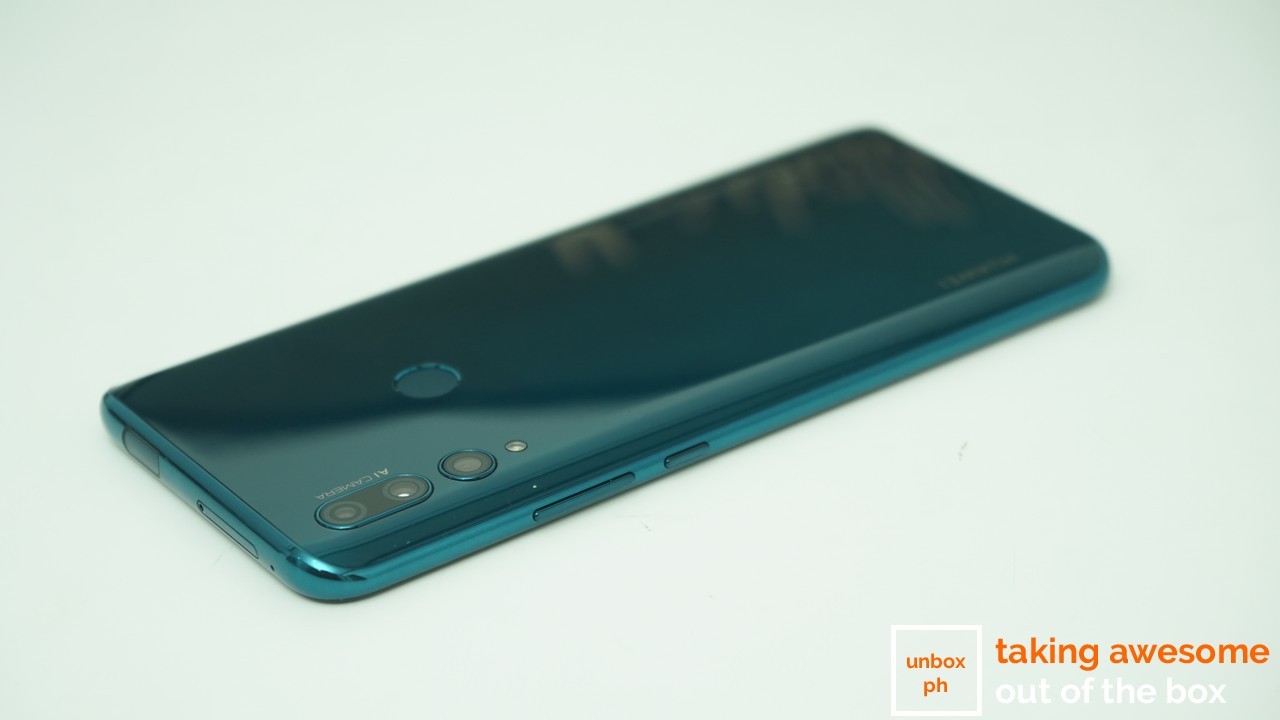 The volume and power buttons are on the right, while the SIM tray is on the top of the phone. The bottom of the Y9 Prime 2019 holds the USB Type-C port, speaker grille as well as 3.5mm jack. 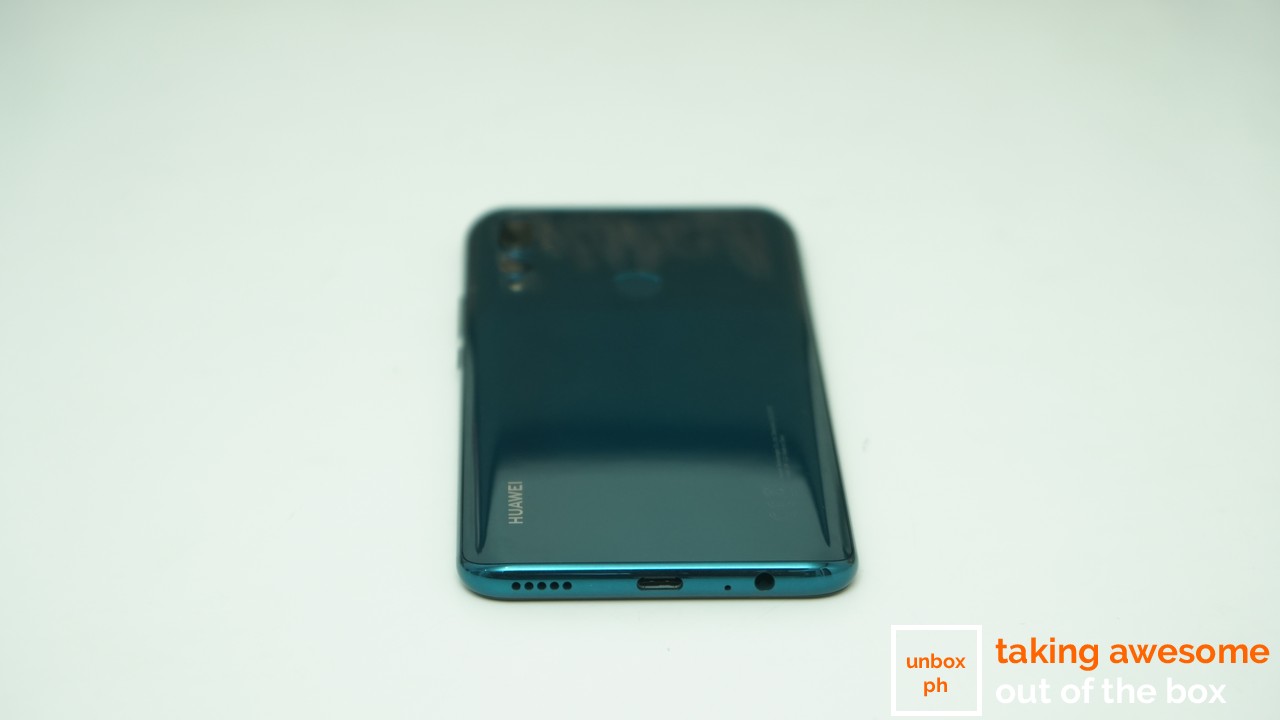 Moving onto the front of the phone, you’ll see the large 6.59-inch IPS full HD display. The bezels aren’t entirely eliminated (hard to do at this price point to be honest) but they’re not too bad, considering where the phone slots in price-wise. 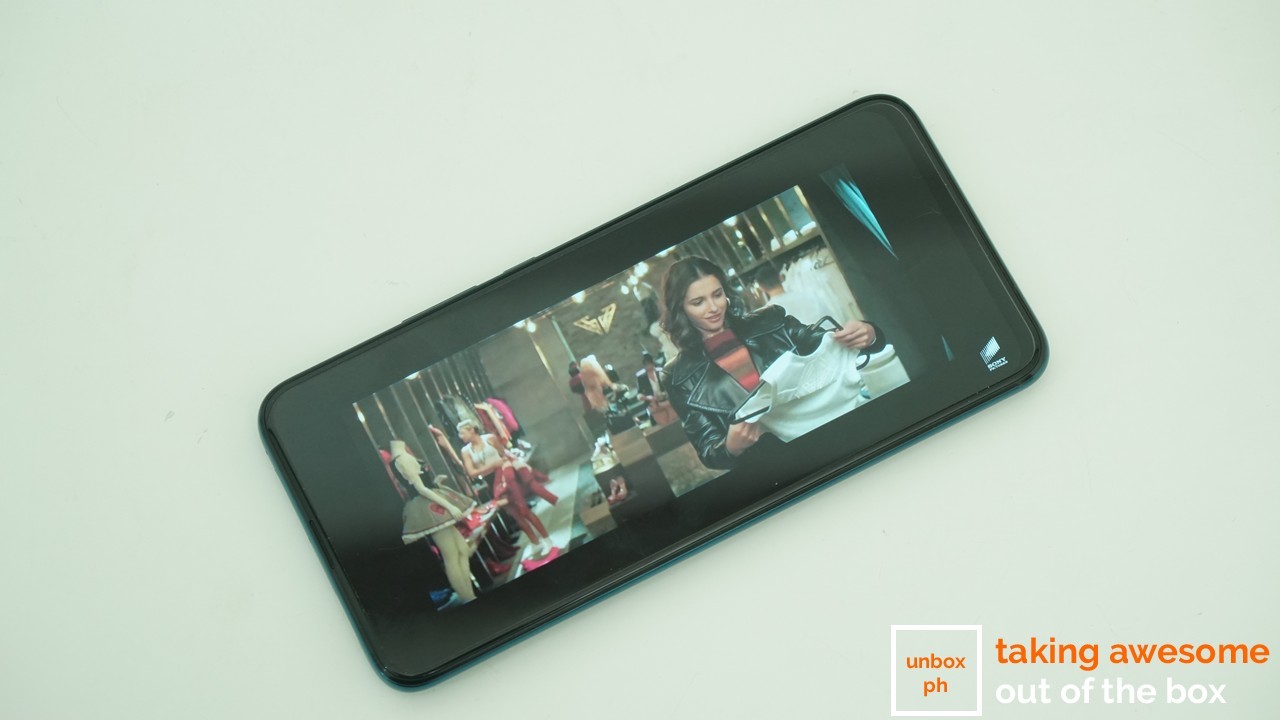 Because of the pop-up camera, overall screen-to-body ratio is at 91%, which is pretty generous. 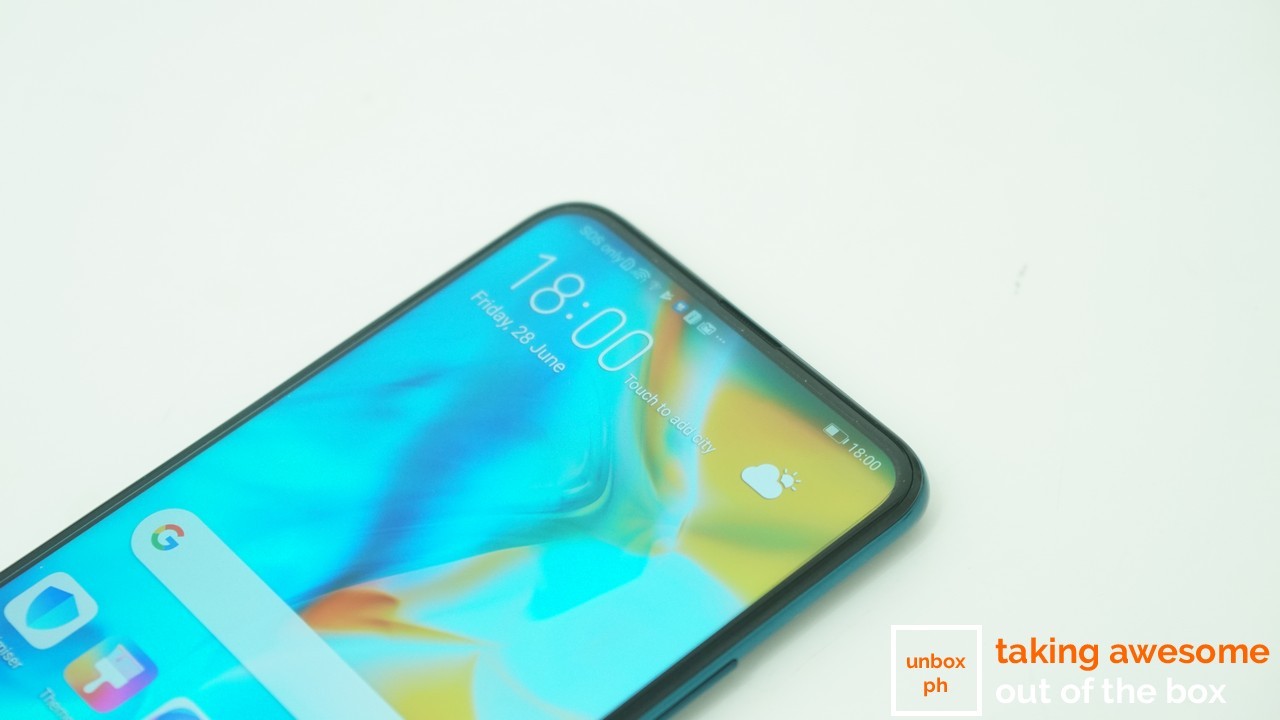 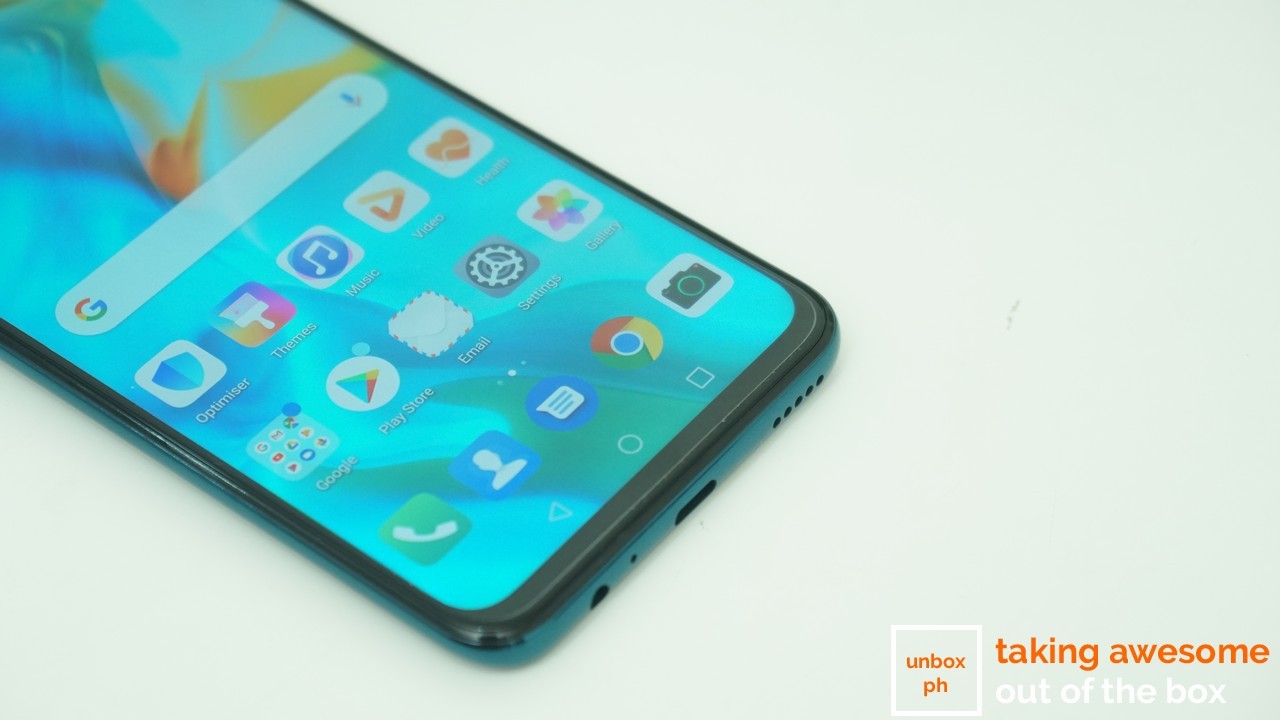 That full-view display is made possible by the pop-up mechanism that holds the 16-megapixel front camera with f/2.2 aperture. 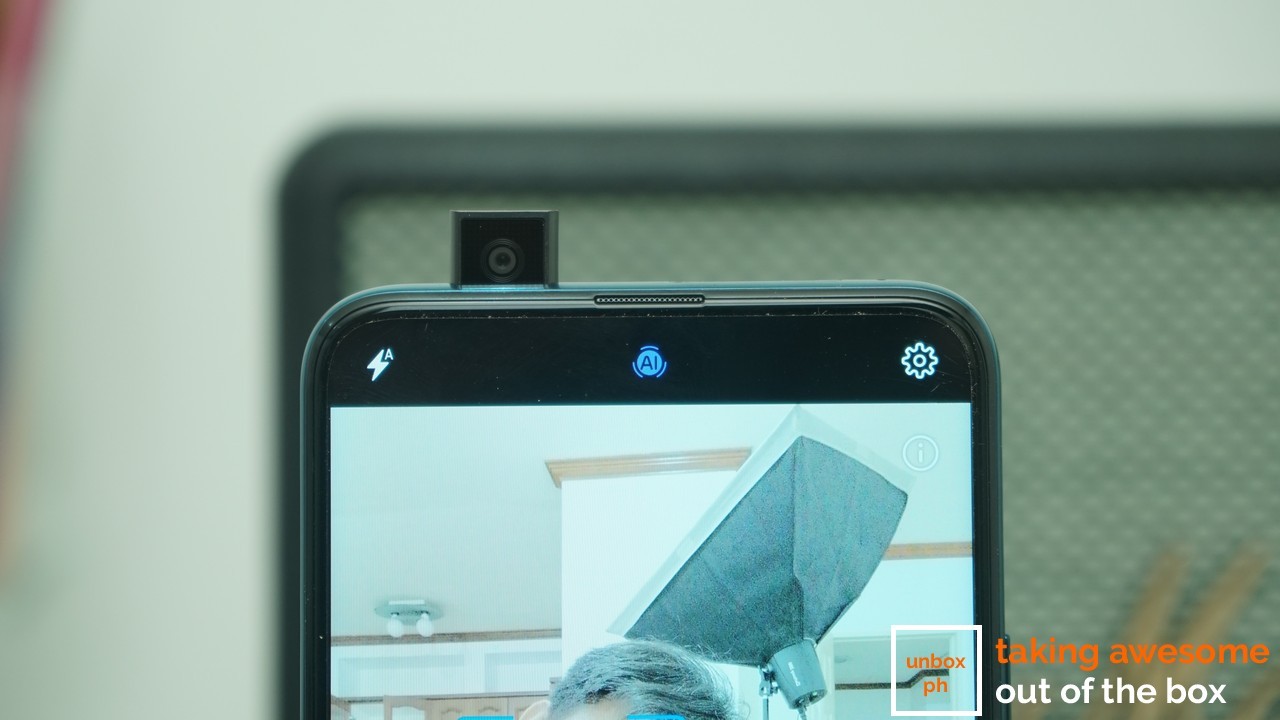 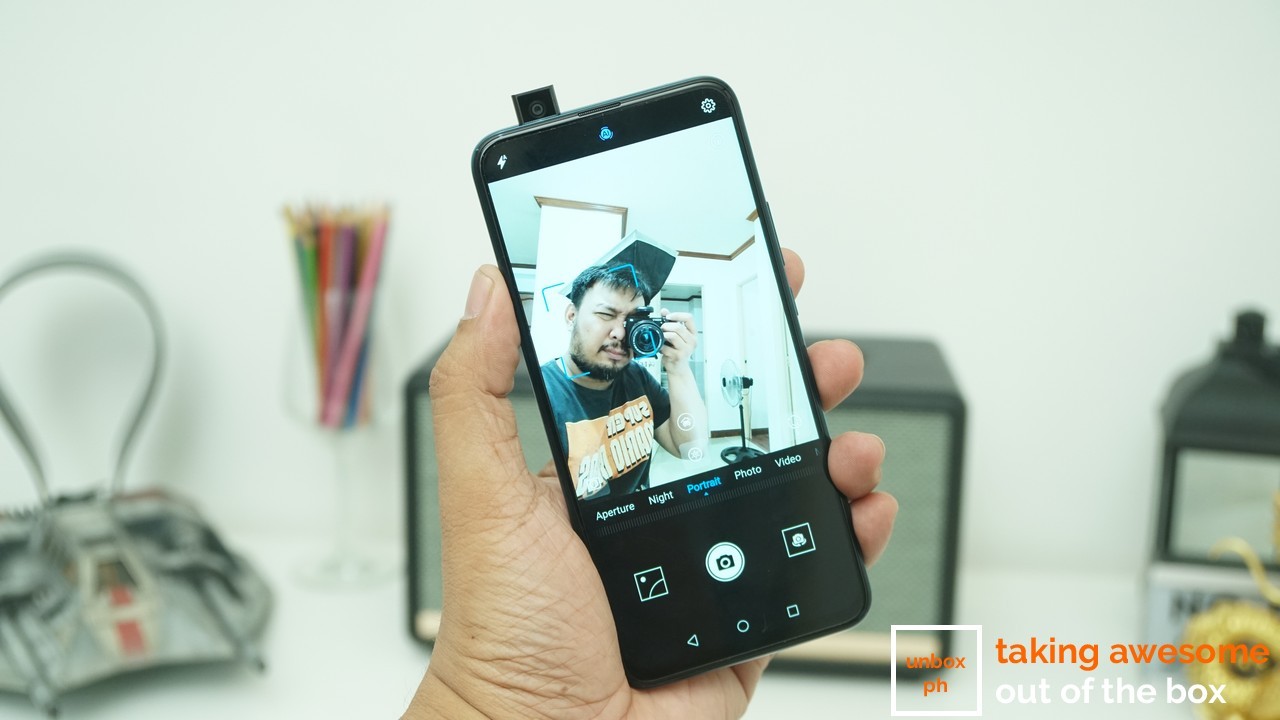 Inside the Y9 Prime 2019 is the company’s Kirin 710 mid-range processor, paired with 4GB of RAM and 128GB of storage. Truth be told Huawei’s Kirin 710 is getting a little long in the tooth, though for most users the mid-range performance of the processor should be good enough. 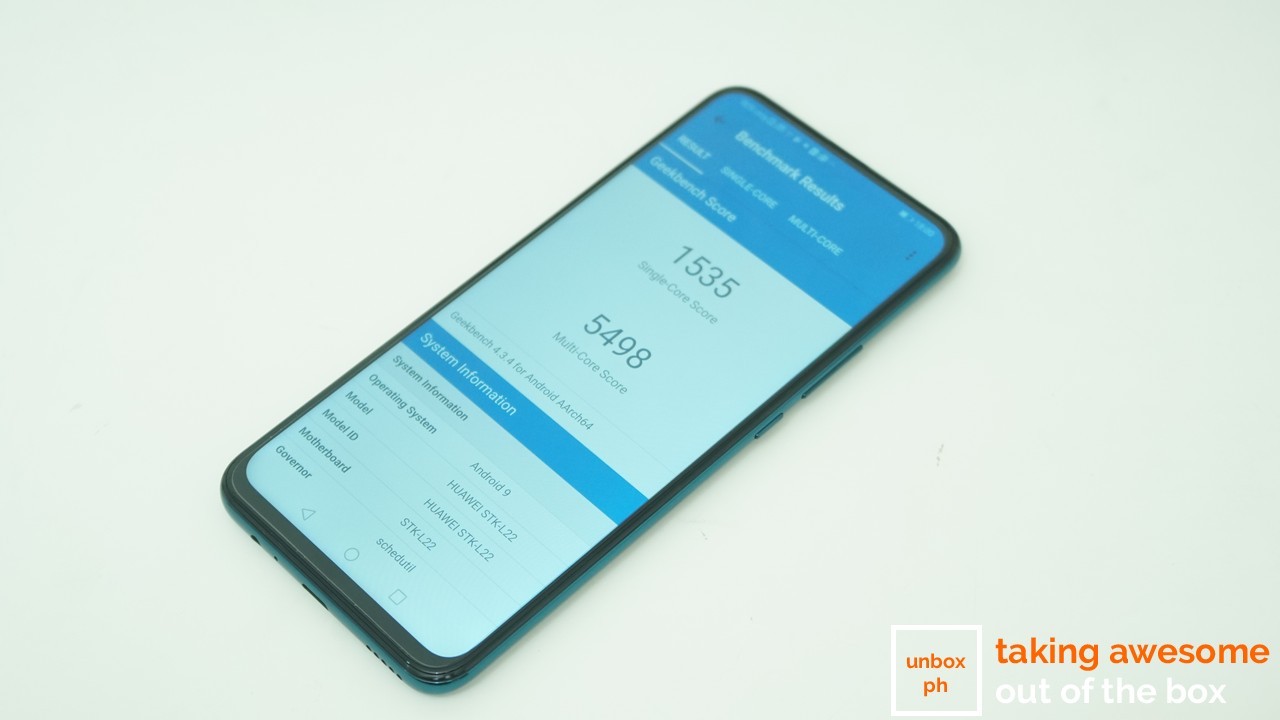 Just like Huawei’s other recent offerings, the Y9 Prime 2019 comes with EMUI 9 along with Android 9 Pie. The phone also comes with a 4,000mAh battery that hopefully will deliver all-day battery life with a single charge. 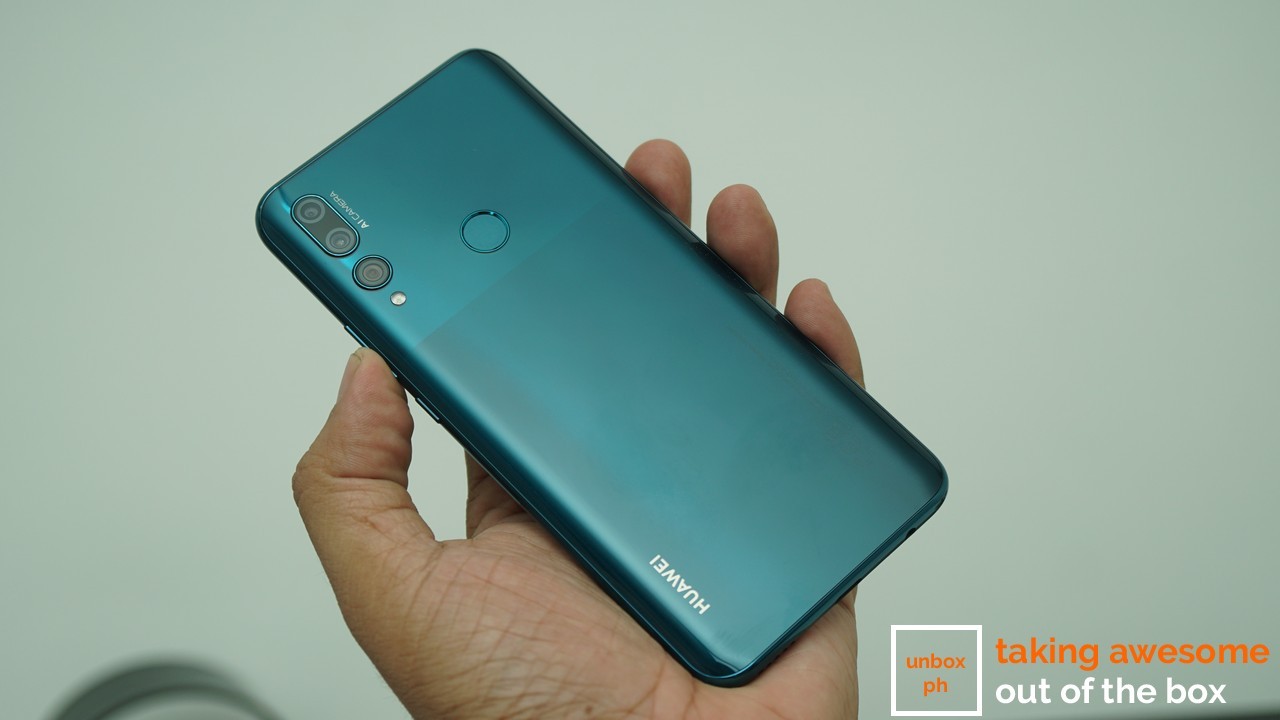