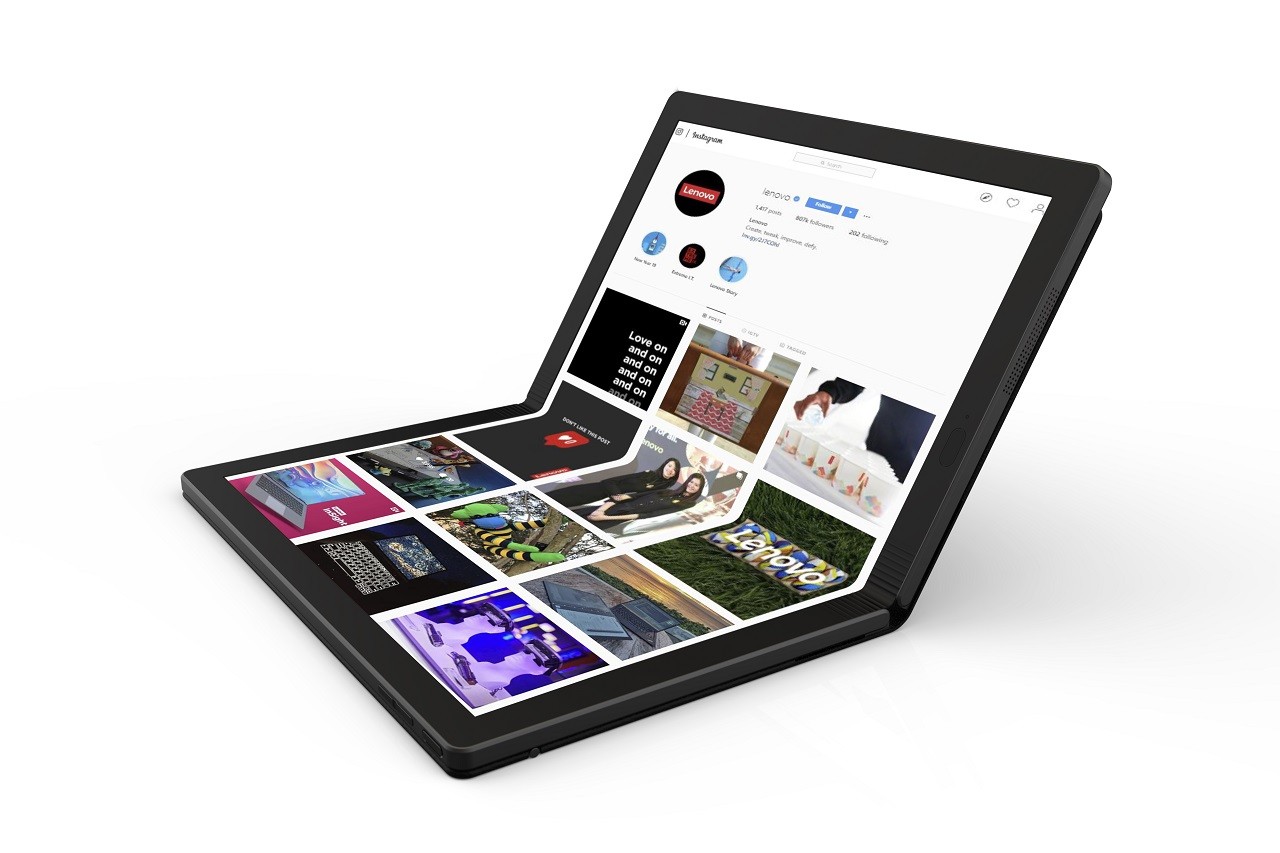 Smaller than your typical PC

How do you make notebooks even smaller? If you’re Chinese manufacturer Lenovo, you take a bendable, OLED display and use that as a base of your new notebook. The company showed off their new, prototype ThinkPad X1 to press today, billed as the world’s first foldable notebook PC.

The idea is simple: reduce the overall footprint of a notebook by using a bendable, foldable screen. You’re still getting a 13.3-inch display, but in a package that folds up to the size of a hard-cover book. The overall space that the new foldable device takes up is about half of that of a normal PC.

The screen itself is an OLED panel that has a 2K resolution and 4:3 aspect ratio. You can use the device as a regular notebook, though we’d expect that typing on the on-screen keys will take a lot of getting used to. When you’re not using those keys though, the notebook acts like a 13.3-inch tablet.

Lenovo understandably isn’t going into detail about the hardware inside the machine as of yet, though the company is targeting a 2020 launch date for the revolutionary new notebook to work out the bugs in the design.

vivo to Bring the Y17 to the Philippines