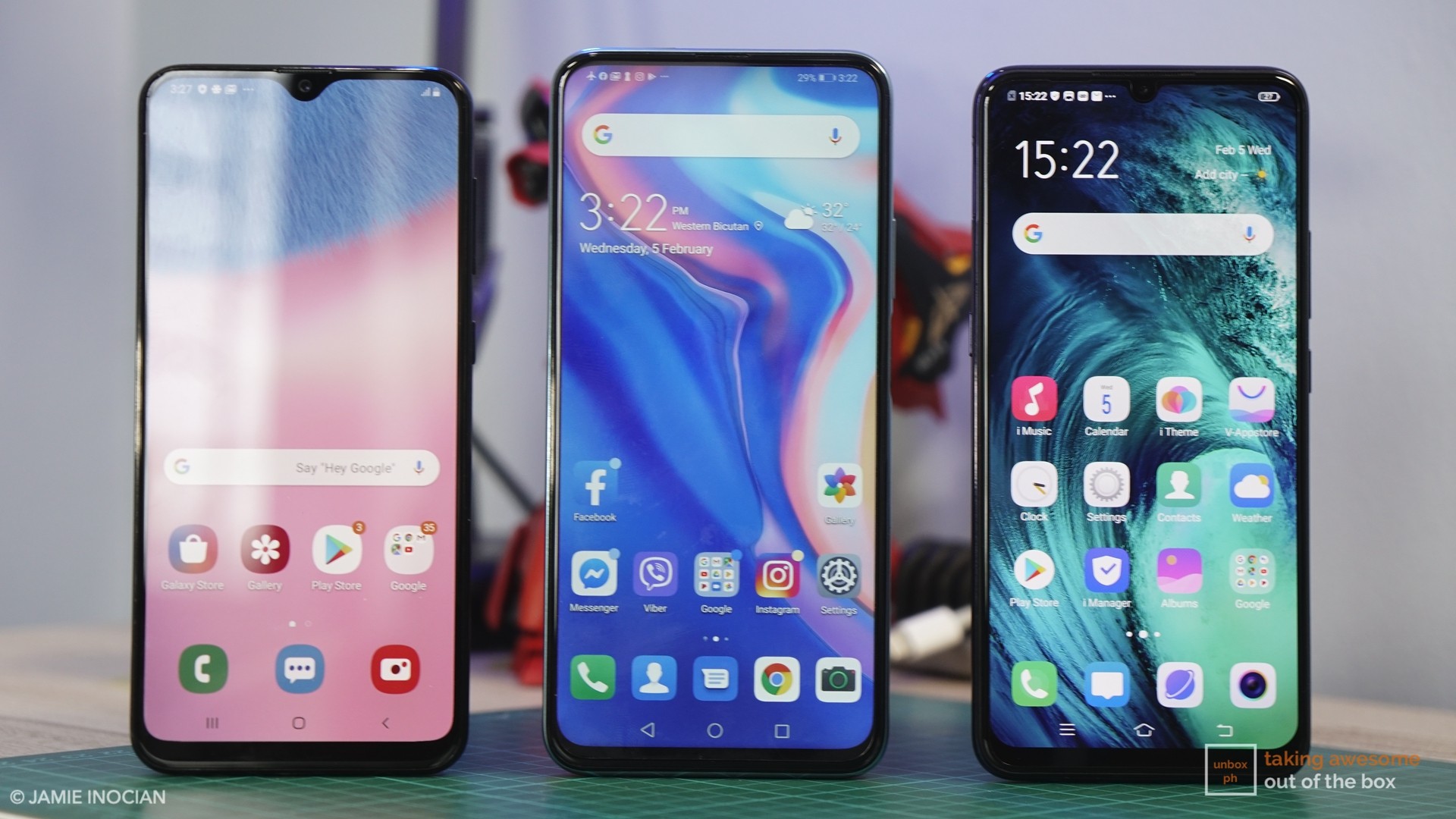 Which one is the better buy?

If you’ve been looking for a powerful, but affordable mid-range smartphone this year, many of you have probably considered Huawei’s Y9s. This beautiful, feature-packed device is a great buy at Php 13,990, sporting triple cameras on the rear along with a large display and plenty of oomph under the hood. But how does it stack up to the offerings of its main rivals, Samsung and Vivo? 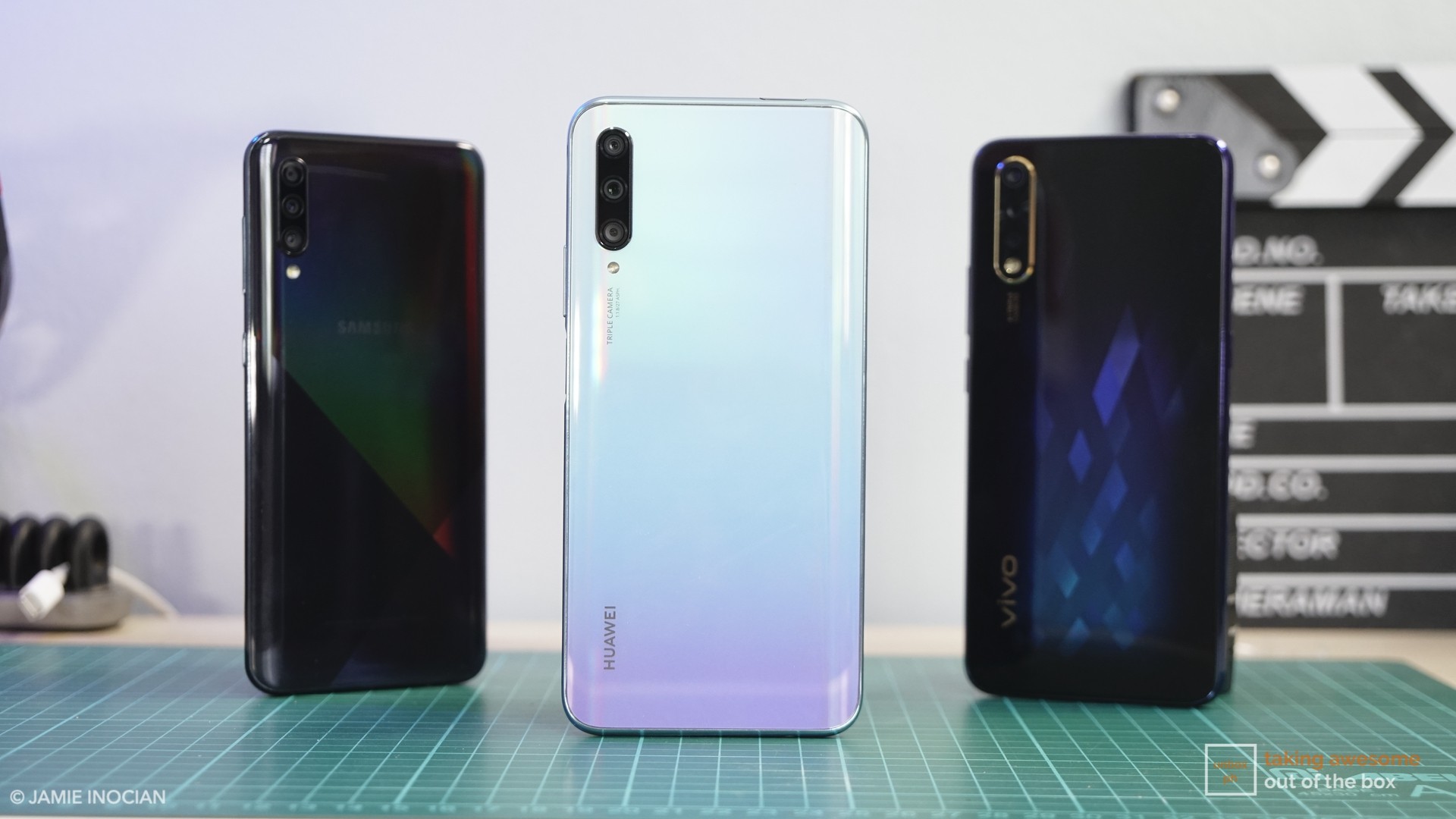 While both Samsung’s A30s and vivo S1 have pretty backs, sadly both phones plastic as the main material for the construction of their phones.

Plastic is still plastic no matter what production process is used to pretty it up and still suffers from the same issues that plague the material when used in phones – smudges and scratches.

Huawei’s Y9s take a different tack and uses glass on the rear panel of the device. The glass finish on the rear is more resistant to wear and tear compared to plastic, which means the Y9s looks prettier for far longer.

And if that’s not enough, Huawei has used the same color treatment on the Y9s that they used on their far more expensive P30 series of flagship phones. The Breathing Crystal colorway makes the Y9s look like a flagship device, which isn’t what you see on most mid-range phones nowadays. There’s also Midnight Black for the more conservative types. 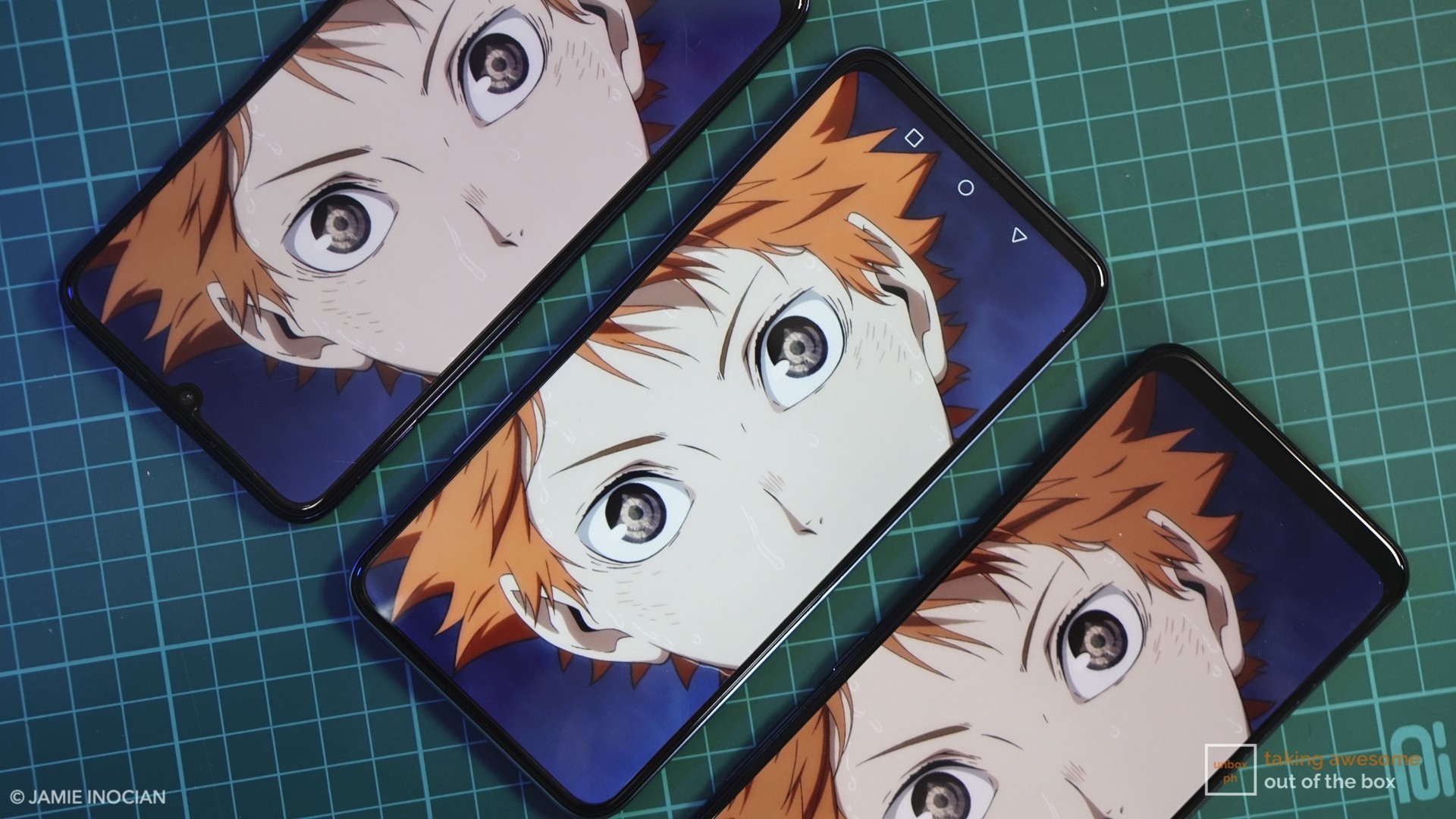 Moving onto the display, both the Samsung A30s and the vivo S1 have AMOLED-based panels, which yield better colors and contrast. The trade-off though is that their displays are smaller than Huawei’s Y9s, with the A30s coming in at 6.4-inches. The vivo S1 has an even smaller display, at 6.38-inches. 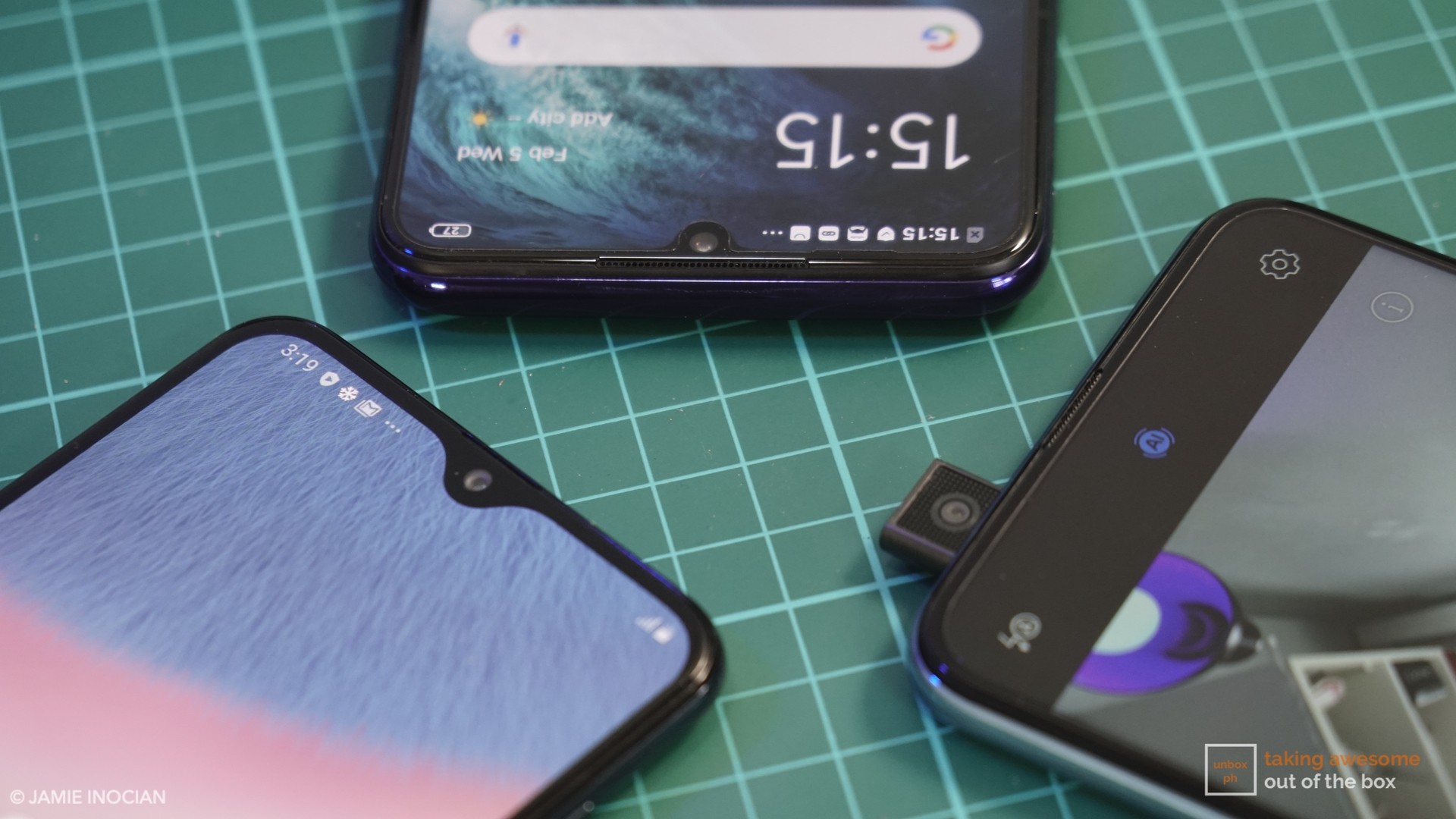 While Huawei’s Y9s only use an IPS panel, the overall size is bigger – at 6.59-inches. There’s also no notch on the display, which both the A30s and the vivo S1 have. Samsung’s A30s also has the lowest resolution display of the three, since it’s only using an HD+ panel compared to the full HD+ of both the Y9s and the S1. 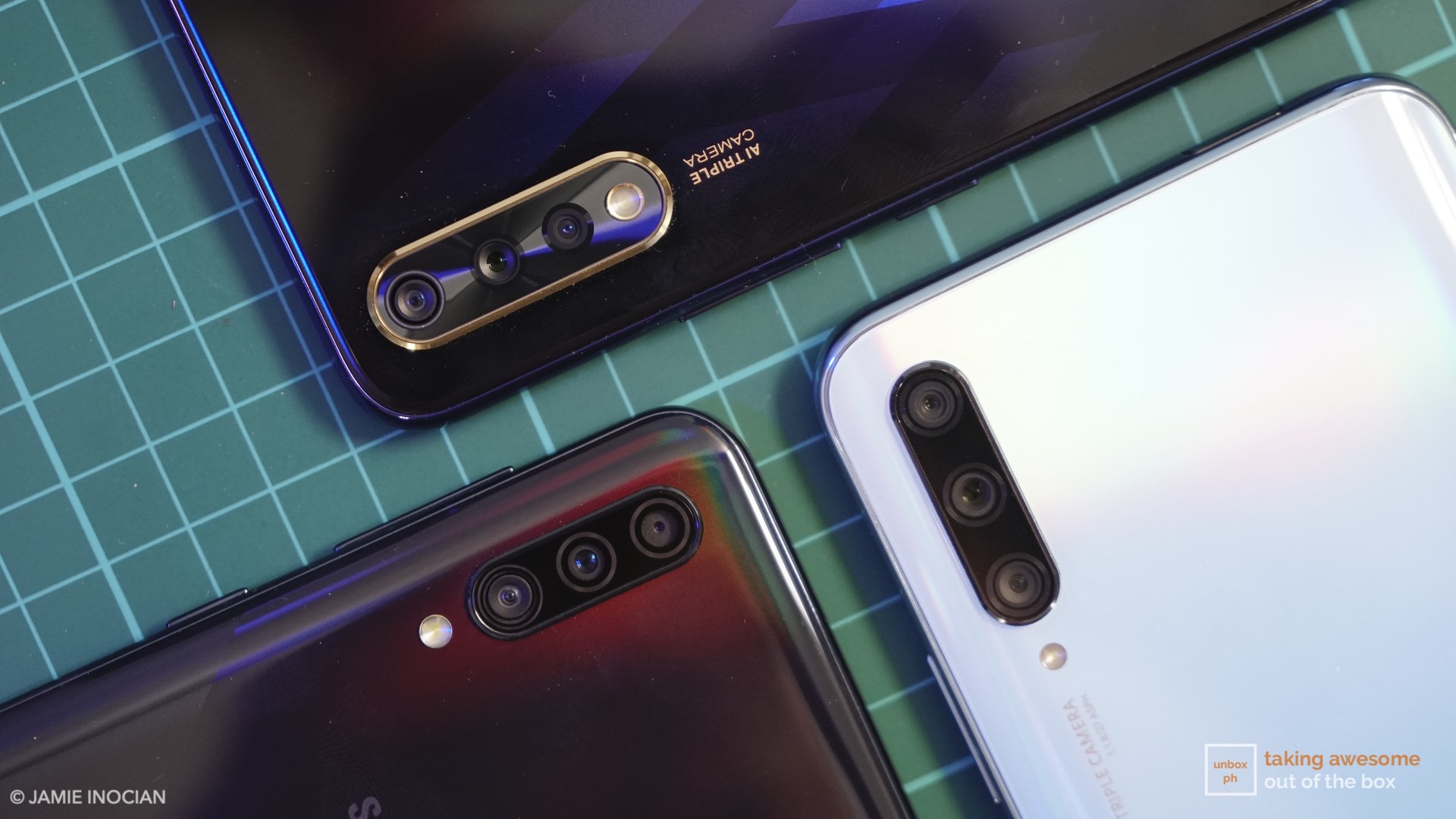 Huawei’s Y9s meanwhile, has a 48-megapixel main camera along with an 8-megapixel wide-angle lens and a 2-megapixel depth sensor.

Images taken from the Y9s look loads better than either of its competitors, especially photos taken in low-light situations, thanks mainly to its AI-capabilities that make convincing, hand-held night shots possible. 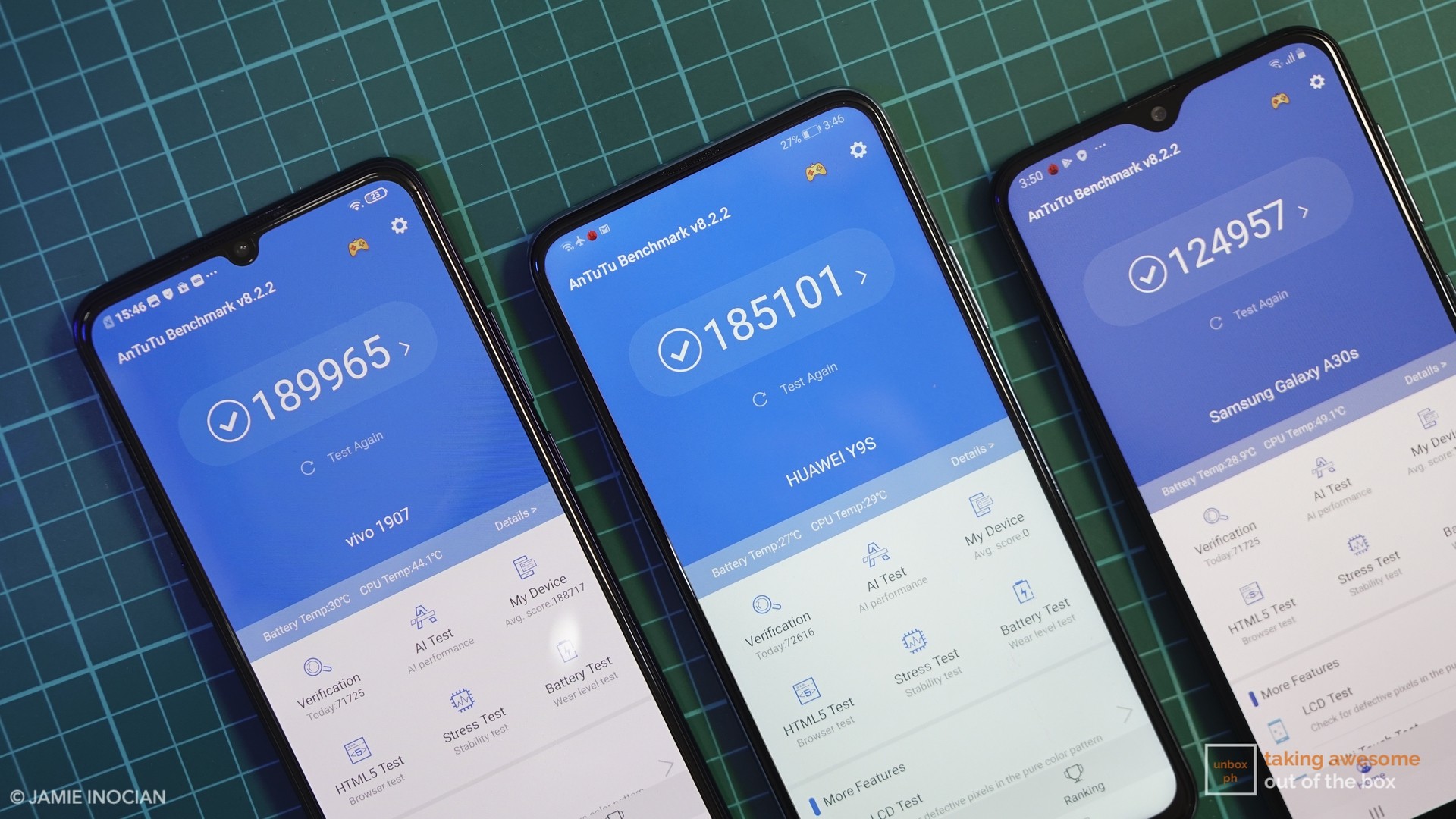 Time to dive into what powers the phones in this comparison: Samsung’s A30s is powered by the company’s own Exynos 7904 processor, while the vivo S1 is powered by MediaTek’s 6788.

Both the MTK 6788 and Kirin 710F is built on the more power-efficient 12nm manufacturing process, while the Exynos 7904 is still stuck on the 14nm process.

For that extra money though you’re getting a prettier smartphone compared to the competition, along with a bigger display without a notch, and a nicer camera capable of shooting better photos in low-light.

Sharing Fake News On Coronavirus Can Land You In Jail 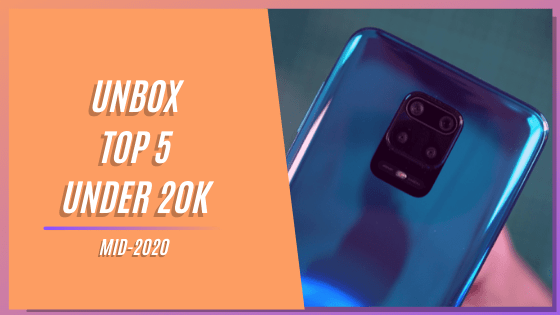 Huawei Cuts Price on the MediaPad M5 Lite and Y9s 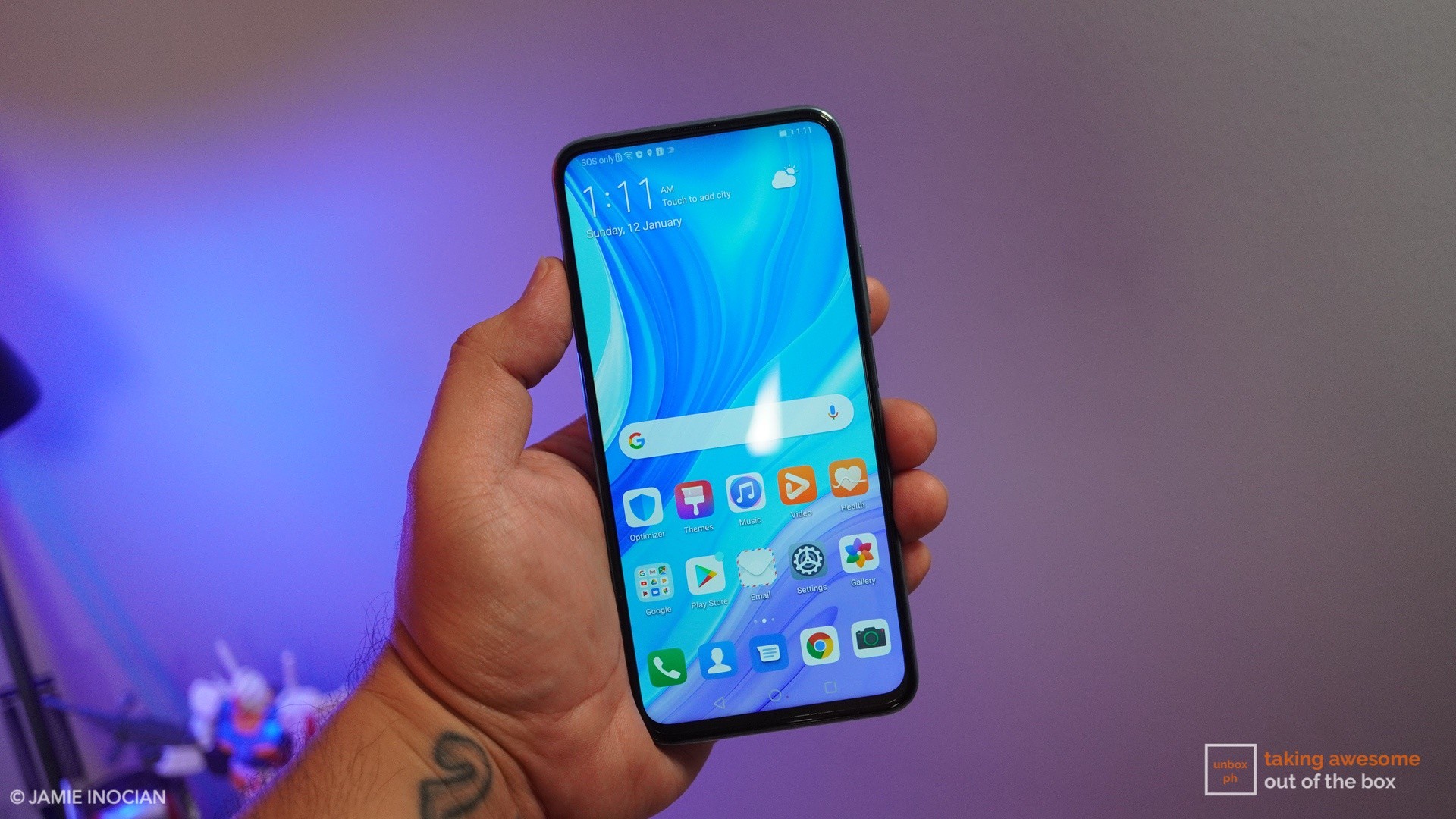 5 Reasons To Get Huawei’s New Mid-range Champion, The Y9s 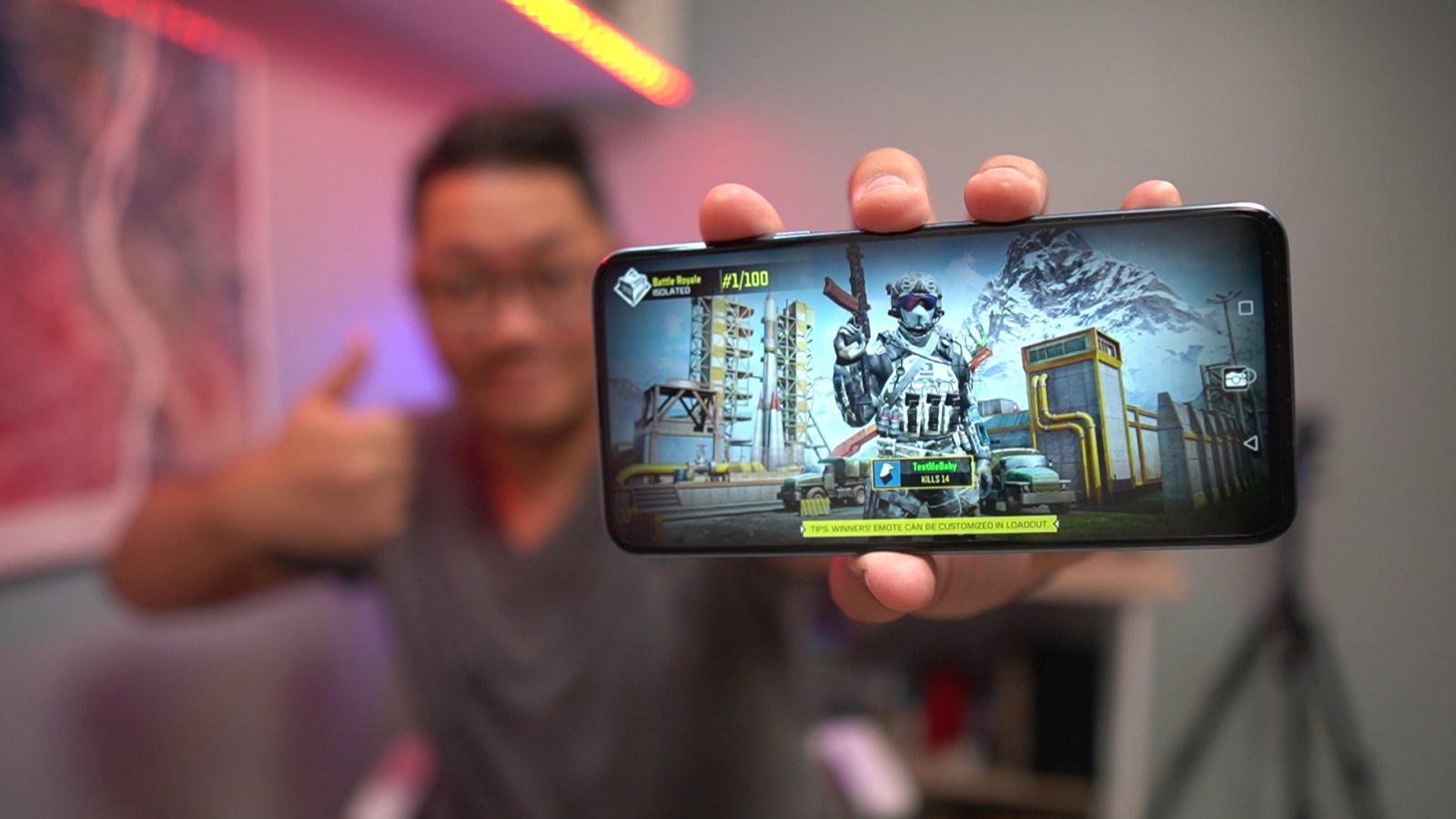 Is the Huawei Y9s a Suitable Gaming Phone?