The Nokia Lumia 610 is one of the best entry level smartphones in the market today. Not only does Windows Phone 7.5 run smoothly on the device, the hardware also looks amazing! It definitely does not look like a phone under Php11,000. We’ve had a test unit for over a week now (click to read our hands-on) and we think we have enough information to give you guys a full lowdown! Read on for our full review!

The first time our hands held the Lumia 610 we were immediately surprised with the build quality of the unit. It felt solid and sturdy, giving it a very premium feel. It was definitely not “plasticky” which is what you get with a lot of sub Php15,000 Android smartphones.

Nokia did a superb job as well in designing the phone. The 3.7-inch screen is beautifully framed by the thin black bezel and the silver chrome metal frame. The three Windows buttons are neatly placed at the bottom (touch, not physical).

On the right side you’ll find the volume rocker, the lock/unlock button, and a dedicated button as well for the 5-megapixel camera.

At the top you’ll find the micro-USB port for charging and data transfer. Beside that is the standard 3.5mm audio jack.

There’s a removable back cover which you can replace with different colors. The speaker grill is at the bottom while the camera is at the top together with the LED flash. The Nokia logo is proudly displayed just under it.

Here’s a short video we made showing the Lumia 610 in different angles. It will give you a better idea of how the phone looks like:

There are a few things missing though. There’s no front facing camera which means you won’t be able to do video conferencing. This is a bit unfortunate since I was looking forward to seeing what Microsoft can do with Skype in the mobile space since they acquired it last year.

Another point of concern is the storage. You have to make do with the 8GB internal storage because there’s no slot for a micro-SD card. If you think about it though 8GB is hard to fill up especially if you won’t factor in videos. So if you’re not the type that will watch movies on your phone then this should be more than enough for you.

Under the Hood
The Nokia Lumia 610 doesn’t run on a powerful engine but it definitely makes do with what it has. A lot of people actually were skeptical about the unit when it was announced that it was just running with not-so-impressive specs (800Mhz processor and 256MB RAM). However it looks like Microsoft really did a wonderful job with optimizing the Windows Phone 7.5 experience on entry level specifications. In the last two weeks we’ve been using the 610 we’ve only experienced lags on a few occasions and that was only when we were running a social networking app while a bunch of text messages and emails suddenly all came in at the same time.

For the benefit of our readers who don’t know much yet about Windows Phones let’s do a quick tutorial on the Metro UI.

This is your home screen. Instead of an application grid which is what you get with iOS or the widgets you see with Android, you have several neatly stacked Tiles or Windows representing selected apps. You can ”pin” apps you frequently use here as well. What’s cool about this though is that depending on the app the Tile or Window shows various images or data making it more relevant, informative, and personal. For example, the People app will show you random faces of your contacts. The Calendar will show you your latest appointment while Pictures will showcase random pictures from your gallery. It’s not boring and static but most of all it rarely will bog down and lag.

Swiping to the side reveals a list of all of your applications as well as options and controls for the phone.

Multi-Tasking
To multi-task or switch apps just hold down on the Back button (the Left Arrow on the bottom). All the apps running will then appear like cards. Swipe left and right to go through them and tap on the one you want to go to. Pretty simple. 🙂

Voice Commands
To activate Voice Commands just hold down on the Windows button at the bottom. This will prompt the voice command interface. Simple commands work but just like all the other voice command software in other phones it’s pretty hard to use.

Maybe someday voice commands will be more useful but for now this is really nothing more than a box in a list that phone manufacturers need to put a check on.

Beautifully made typography and user interface design
One of the things I appreciate the most about Windows Phone 7.5 is the typography. It feels like the software was partially made by an artist! The design flows consistently across different apps even the Twitter and Facebook apps made by Microsoft. This makes for a more holistic and seamless experience.

Messaging
Typing long messages and e-mails is particularly easy on the Lumia 610 compared to other touchscreen phones because of the evenly spaced keys on the on-screen keyboard.

The real problem though is with the third-party applications. Windows Phones still have a lot of catching up to do when it comes to quality applications in their marketplace. There are several big names already there like Amazon Kindle and Angry Birds but I would really like to see Temple Run, Instagram, and Draw Something on this platform. That will even the game and give a huge boost to the Windows Phone platform.

Nokia and Microsoft have the hardware and software already they just have to get the apps. If they do that then they will definitely be a strong contender.

Mobile Hotspot
We received several comments and questions asking if the mobile hotspot feature is working on the Nokia Lumia 610. Well it looks like it does because the demo unit that we have has it.

Camera
The Nokia Lumia 610 packs a 5-megapixel camera. Just like any other phone camera this level it can take decent photos if you have good lighting conditions. If you have to use the flash then you’re pretty much screwed because the photo won’t come out well, hehe.

Here are a few sample shots:

The Nokia Lumia 610 is priced at Php10,980 and is now currently available in selected Nokia stores. If shelling out that much cash in one go is too much for you then you might want to wait this May when Smart and Globe announce their postpaid plans for it. It will definitely be affordable and bundled with Data.

Let’s do a quick rundown of the pros and cons again of getting the Nokia Lumia 610. This was a pretty long article so it would be best to summarize before we give our recommendation.

Verdict
The Nokia Lumia 610 Windows Phone is a great entry-level smartphone. It delivers all the core functions well and there’s so much potential for this especially when more developers make apps for the Windows Phone platform. I also still can’t get over how beautiful the actual phone is. Like what I said above it can easily pass for a phone twice the price you paid for. The software is equally aesthetically gorgeous too (I’m a huge fan of the Metro UI and typography).

If you already have a high-end smartphone like a Galaxy S2, iPhone 4S, or HTC Desire, then you might want to consider the Lumia 610 as a great secondary phone. It’s a nice way to experience Windows Phone for the first time. Who knows? You might like it and eventually upgrade to the Lumia 900. 😛

Nokia Philippines invites Unbox to play around with the Nokia Lumia 610… while riding a Helicopter! 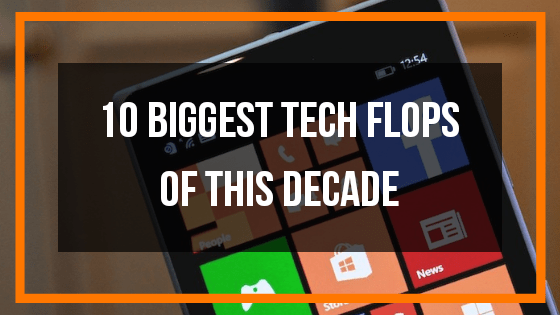