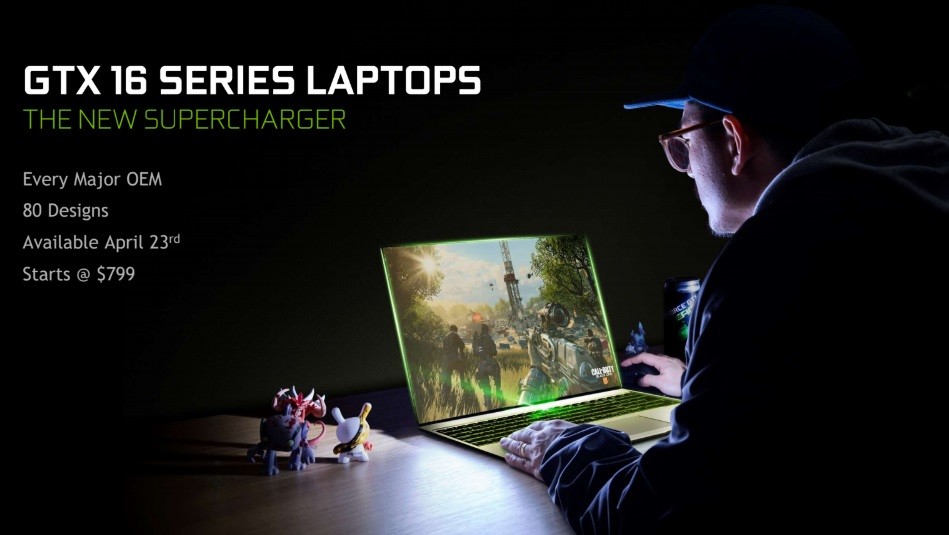 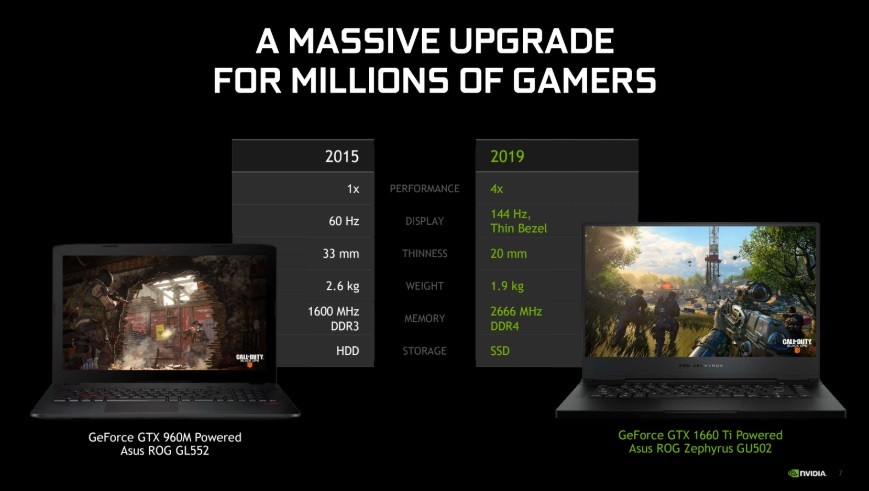 NVIDIA hopes to entice owners of notebooks equipped with their GTX 960M GPU and older since most people typically have a four-year upgrade cycle when it comes to gaming notebooks. NVIDIA says that the GTX 1660 Ti delivers well over 4x the performance of their old card with the GTX 1660 Ti, and promises a 1.5x performance increase over their venerable mid-range card, the GTX 1060. 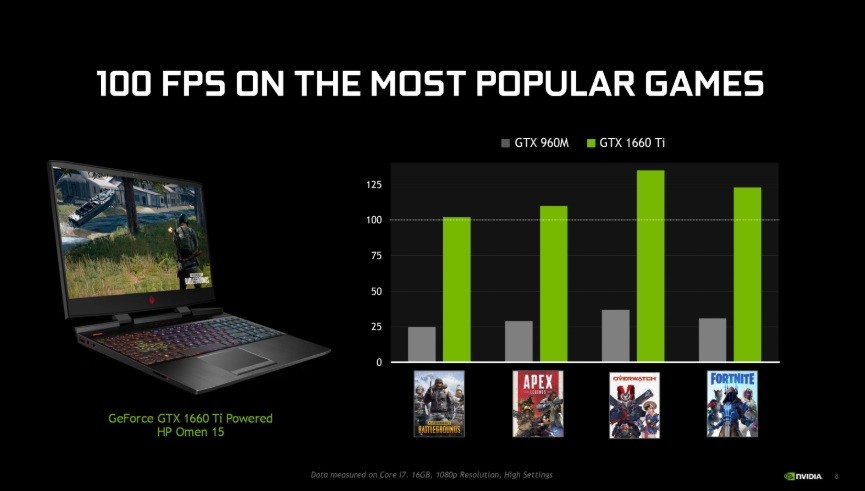 These new GPUs, unfortunately, won’t have advanced features that are present on NVIDIA’s RTX GPUs, namely Ray Tracing or DLSS, though they are equipped with standard NVIDIA tech like Optimus Technology for improved battery life, access to NVIDIA’s GeForce Experience, Ansel for better in-game screenshots and Freestyle for post-processing filters.

Notebooks from OEMs like ASUS, ACER, Dell, and others will be available starting today.