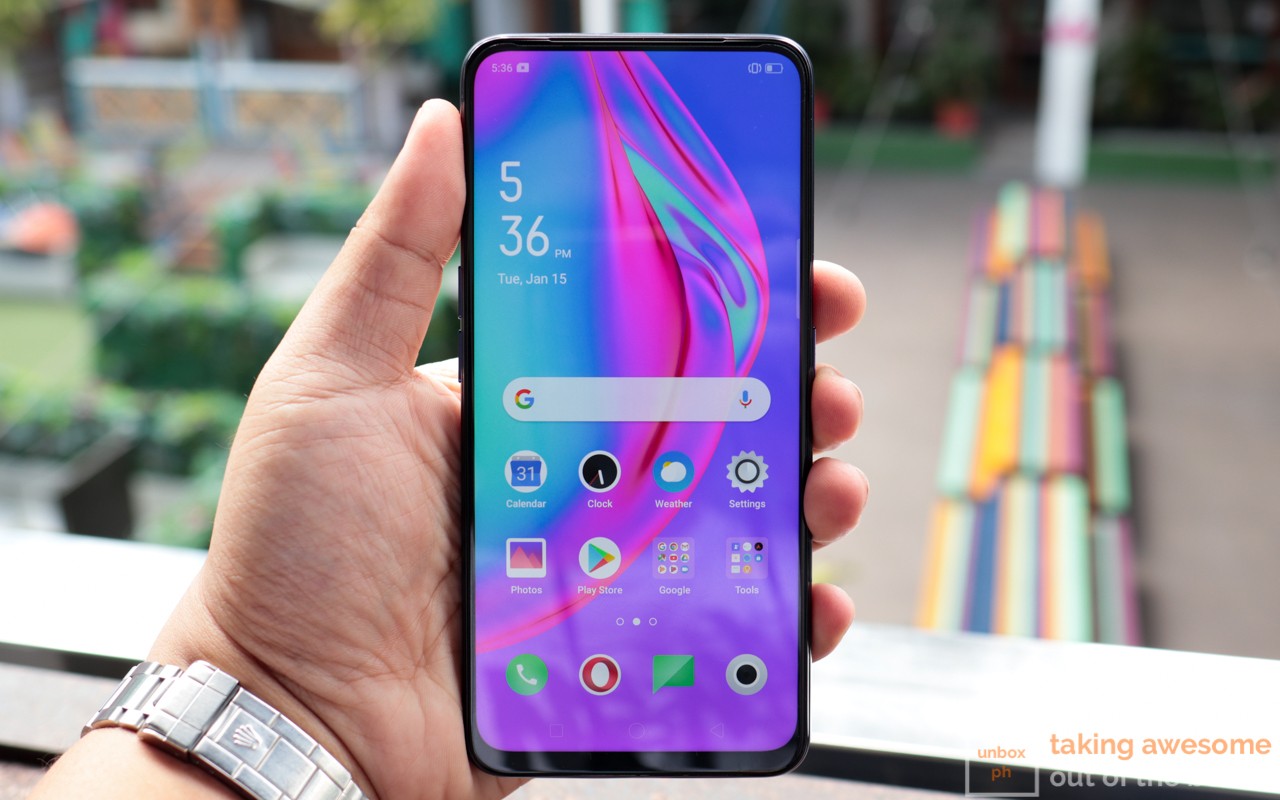 When OPPO unveiled the Find X last year, they announced to the world that they could make a flagship as good as anyone else. OPPO’s first flagship in years boasted a notch-free, bezel-less display and a motorized camera module. OPPO’s solution to their notch problem was a novel one, though it was only available with their premium flagship.

Roughly a few months later and OPPO has now taken that notch removing solution and put it in a comparatively cheaper phone. Their mid-range F11 Pro uses a pop up front camera that solves the issue of an unsightly notch marring the display, delivering an all screen experience that they’ve always yearned for. 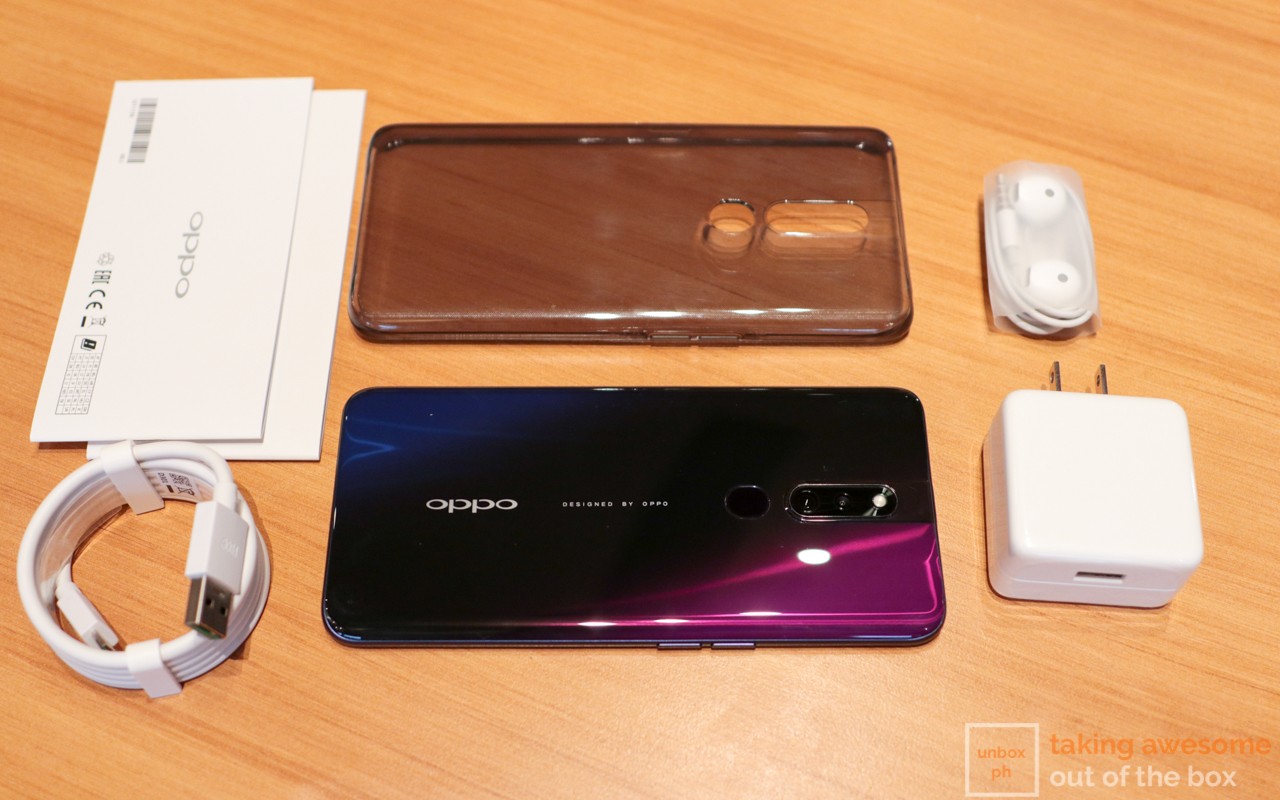 What is inside the Box?

OPPO uses the same familiar packaging for all its phones—the F11 Pro included. You get a white box with a photo of the device and a tab in the corner showing the phone’s configuration. The F11 Pro sold locally comes with 6GB RAM and 64GB internal storage.

The review unit we got was the Thunder Black variant, though you can also get the F11 Pro in Aurora Green. Inside the box, you have the usual accessories: clear case, MicroUSB cable, VOOC 3.0 charger, earphones, and documentation. 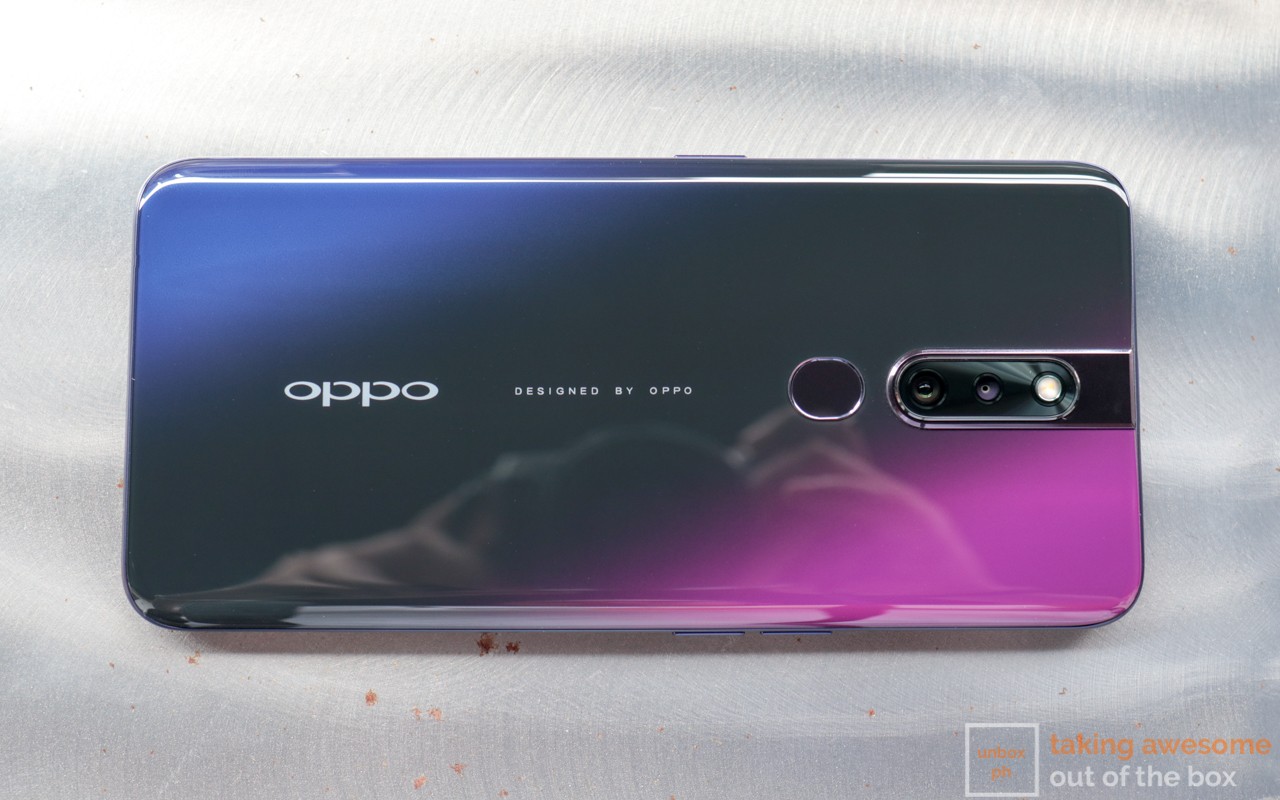 Phones with gradient colorways is a dime a dozen nowadays, which is the reason why OPPO went with a unique take on the color gradient. You get a mix of dark blue, black, and red, with all three colors transitioning into each other seamlessly.

While the phone feels solid and hefty, the F11 Pro sports a polycarbonate build with a glossy finish. Because the phone’s back is plastic rather than glass, it’s a good idea to keep the device inside the included case. 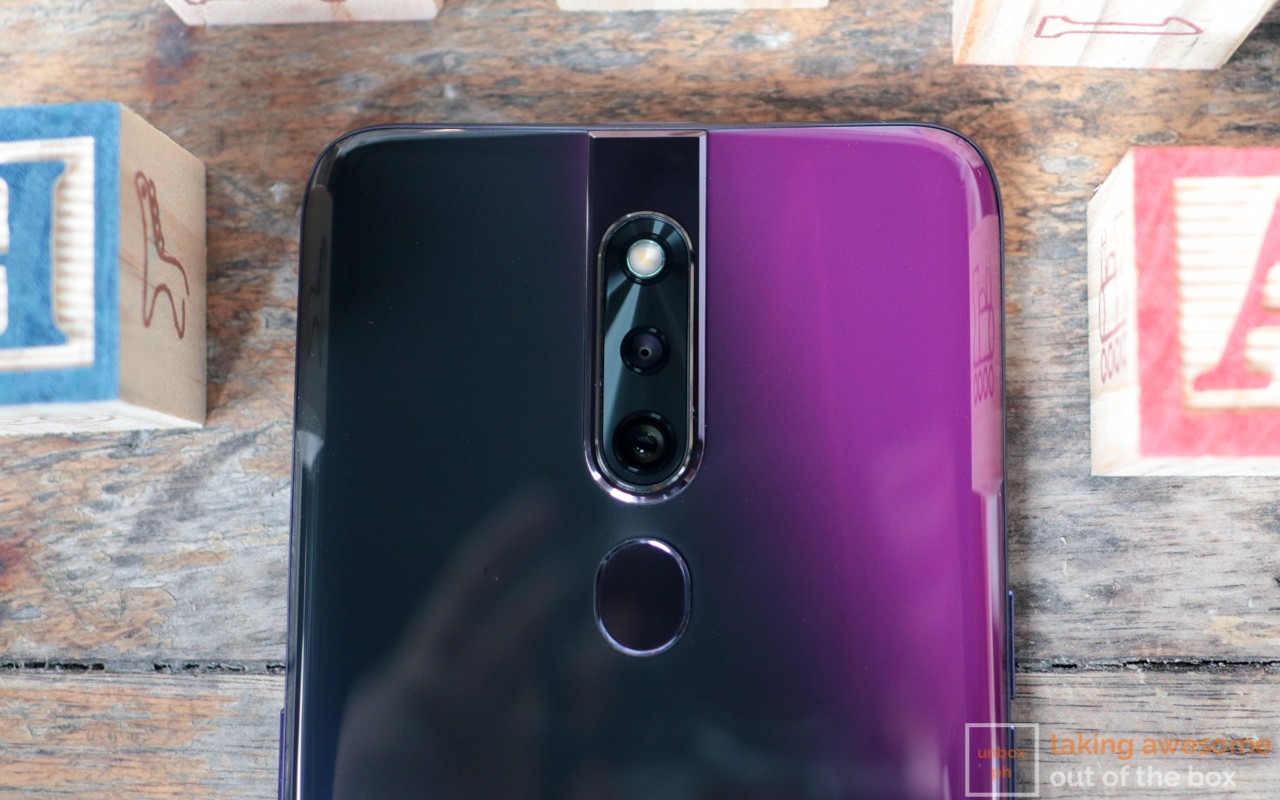 As for the port and button layout, you have your volume controls on the left side and power and SIM tray on the right side. 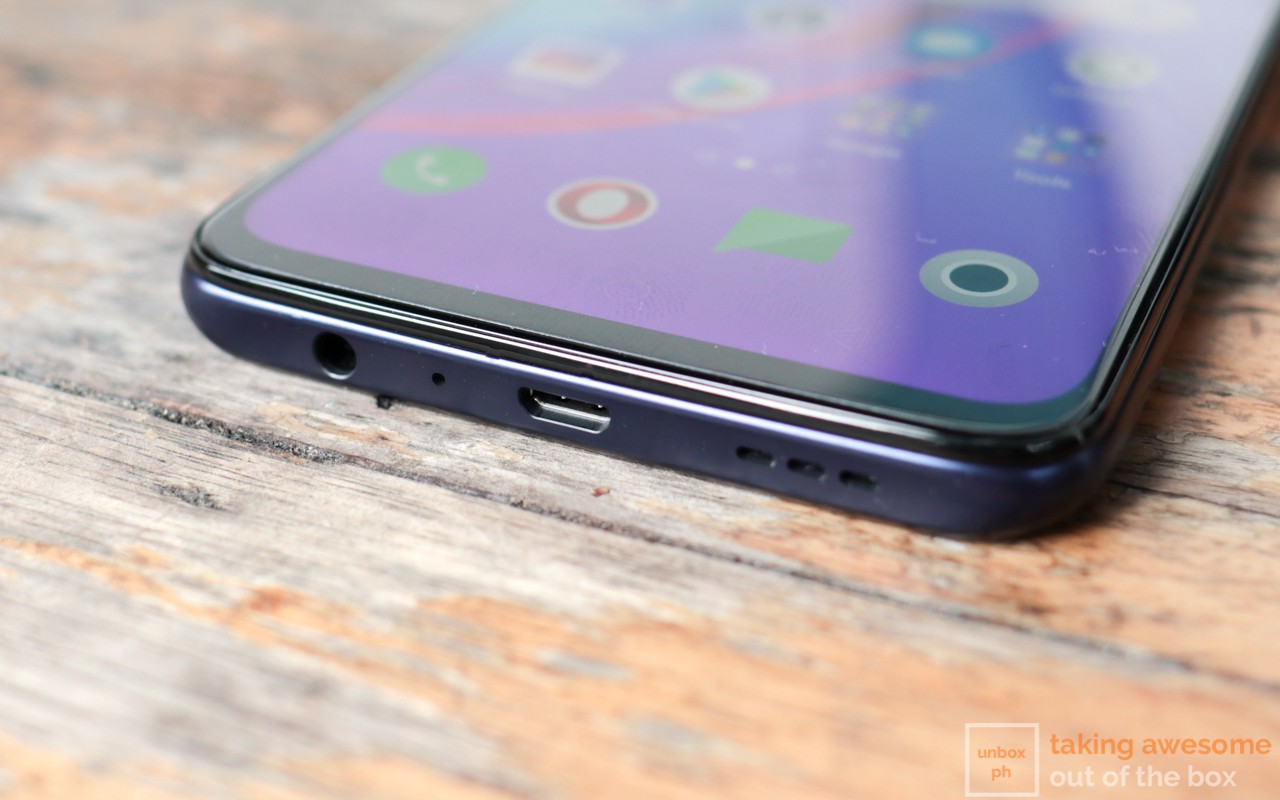 At the bottom, you have your headphone jack, loudspeaker, and—sadly—a MicroUSB port. OPPO and other phone manufacturers need to understand that we’re now living in the year of our Lord 2019, and that not using USB Type C in this day and age is an almost unforgivable gaffe. 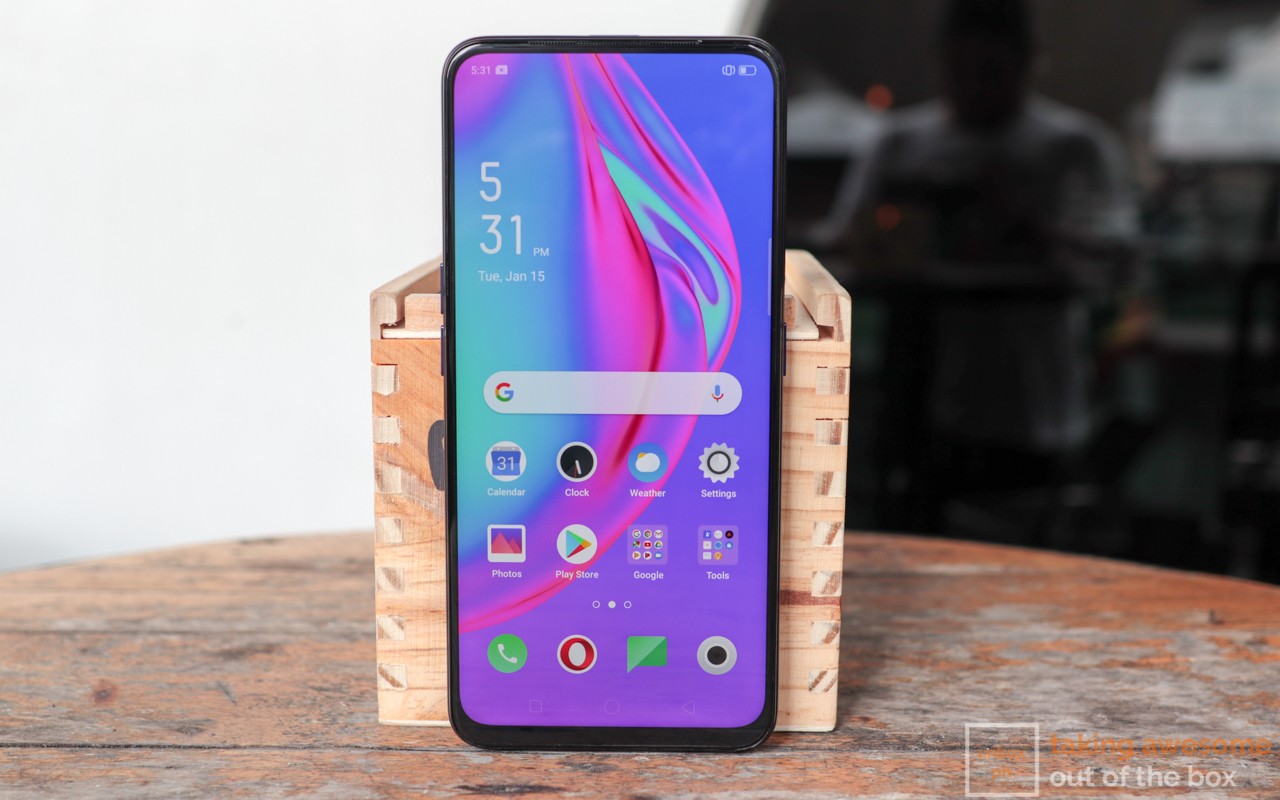 You get a 6.53-inch Full HD+ IPS display with the F11 Pro, bereft of the usual notch  water drop and otherwise. The use of the motorized front camera results in a 90.9% body-to-screen ratio.

As for display quality , viewing angles are decent while color reproduction is good. It may not be as good as an AMOLED panel, but it is better than the displays used in previous F-series phones.

New processor and a refreshed ColorOS

Powering the F11 Pro is an Helio P70 processor paired with 6GB RAM and 64GB of internal storage. The new processor is almost similar to the tried-and-tested Helio P60 except that it has higher-clocked Cortex-A73 cores at 2.1Ghz. The F11 Pro scored almost 150k in AnTuTu, making it slightly better than the Helio P60—most Helio P60-powered phones score anywhere between 130K to 140k. 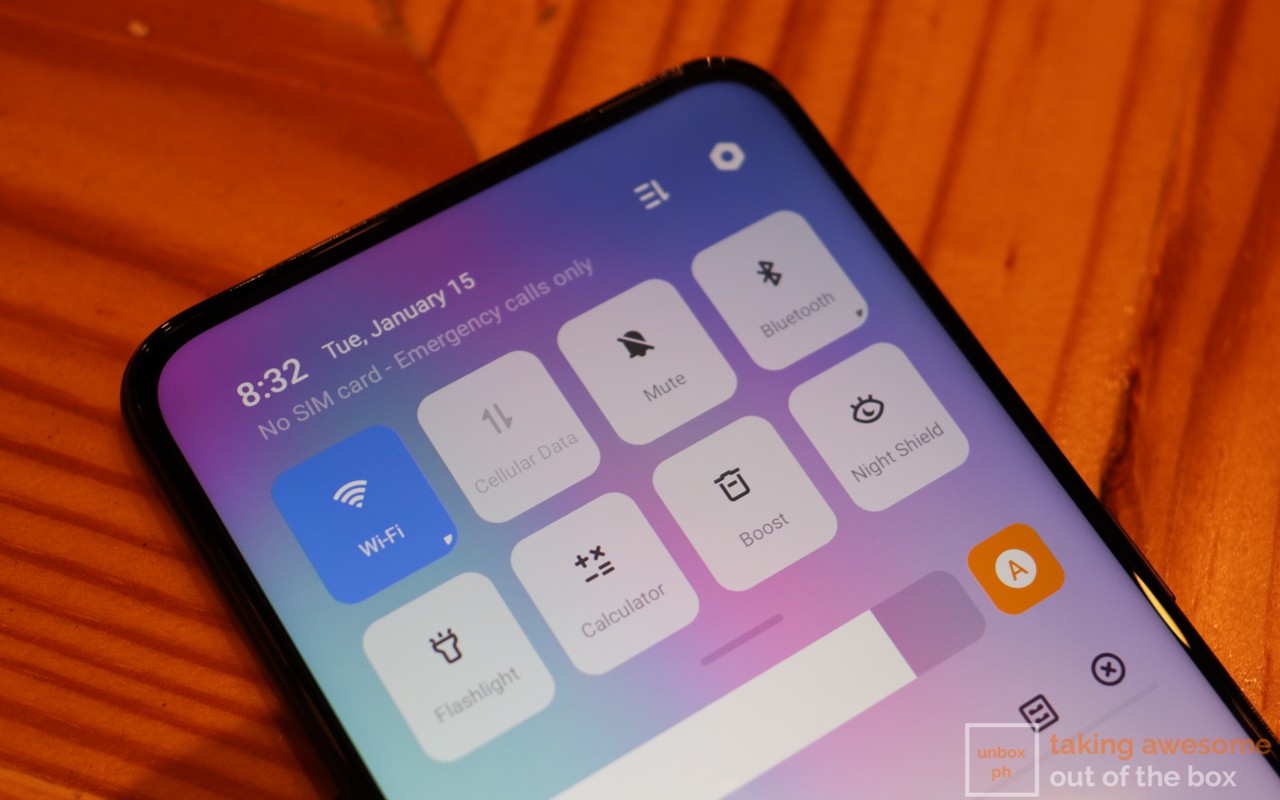 OPPO revamped their UI to be seamless and more intuitive with ColorOS 6. Aside from redesigning the icons, OPPO gave ColorOS’ quick control panel a full makeover, making it much easier to use compared to previous iterations. From our initial impressions, the latest version of ColorOS is their best one to date. Expect us to go into detail the changes with ColorOS 6 in our full review. 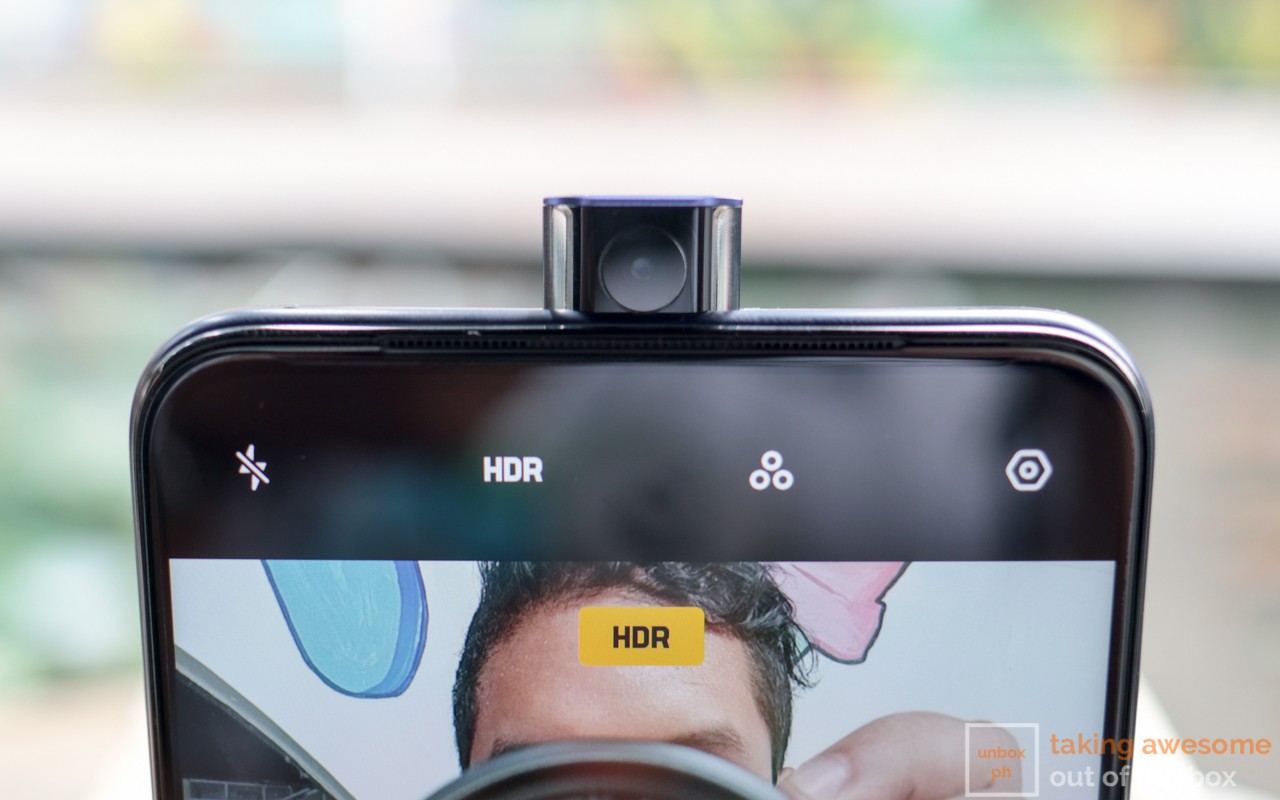 Pop-up right at the center

For the rear cameras, you get a 48-megapixel Samsung GM1 main camera and a 5-megapixel depth sensor. Like the V15 Pro and Redmi Note 7, the F11 Pro outputs 12-megapixel photos thanks to pixel binning.

The F11 Pro’s main cameras have features such as Dazzle Color Mode and Ultra Night Mode for better low-light photography. Here are some photos we took using the F11 Pro’s cameras:

We tried out the F11 Pro’s Dazzle Color and Ultra Night Mode, and we got a few great shots using the feature. We will be putting the F11 Pro to the test to see if its cameras deliver as promised. 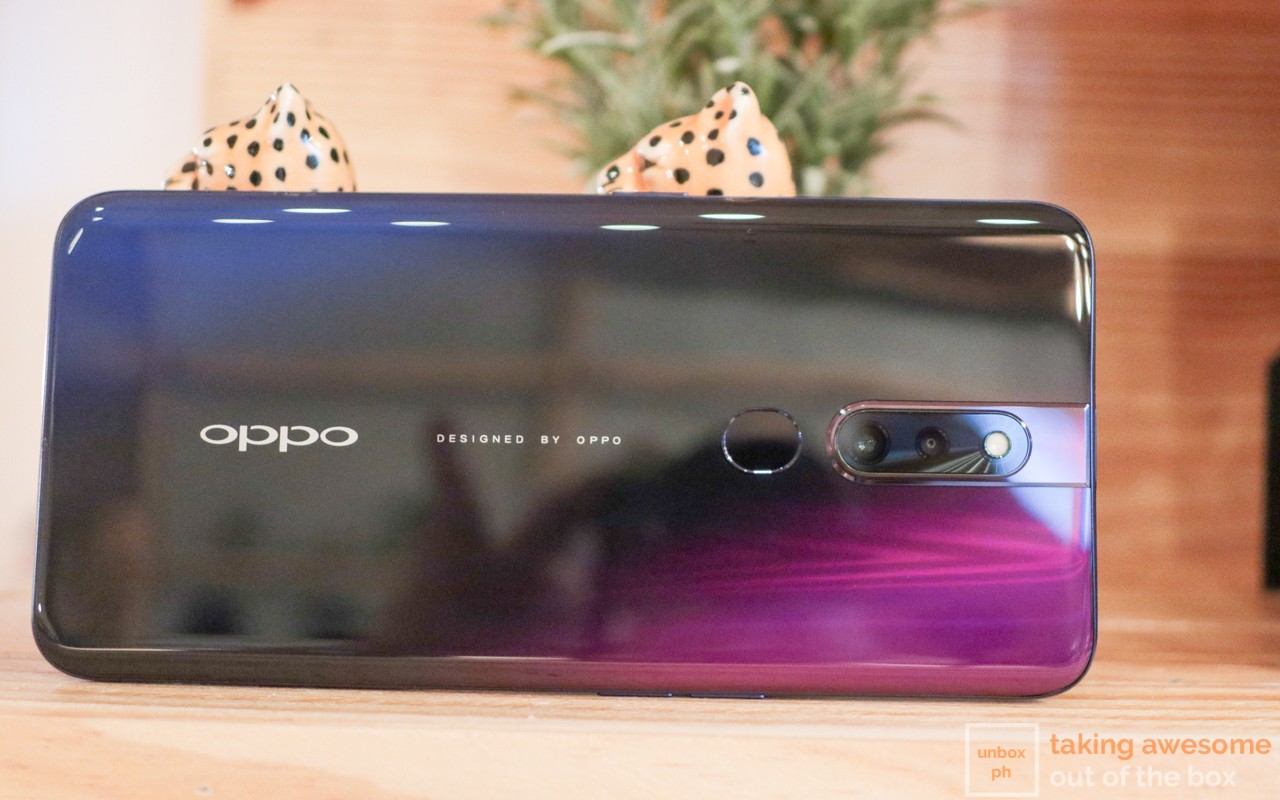 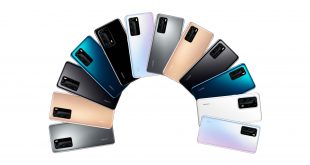 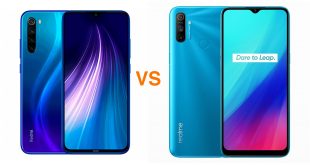 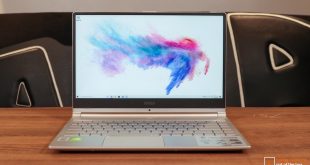 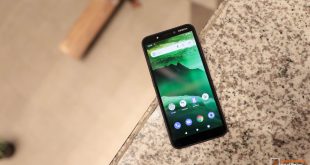 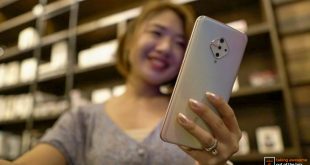 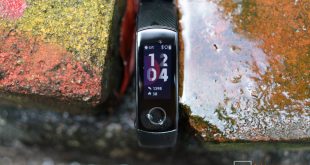