Is OPPO’s Premium Mid-Range Phone worth looking at?

When OPPO entered the Philippine market they offered a whole slew of products from budget phones to their flagship Find line. But a year or so into their tenure in the Philippines the company dropped most of their upper mid-range and high-end offerings, focusing solely on their mid-range F series of selfie-centric phones and a few budget devices.

After dominating the selfie market, the company is looking to enter the premium mid-range and flagship market in the Philippines again. OPPO launched their flagship Find X a few months ago, and this month the Chinese company officially took the wraps off of their new, premium mid-range smartphone – the R17 Pro.

The R17 Pro is the first model from the R series to be offered in the Philippines in a while, with the last being the R7 in 2015. Equipped with three rear cameras, two batteries, and a crazy fast charging system, will the R17 Pro win over customers looking for a premium smartphone?

The R17 Pro is part of OPPO’s premium mid-range R series. Originally exclusive to China and select markets in Asia, the R17 Pro is the first model from the R series to be offered in the Philippines officially.

The design looks quite different from the all-glass backs we’ve seen.

That’s correct. OPPO’s decision to use frosted glass (which they call 3D Fog Glass) on the R17 Pro is a refreshing sight. It looks better than the glossy, glass backs that’s prevalent on most mid-range and premium smartphones nowadays, since it’s less prone to smudges when you’re handling it.

Gradient finishes are all the rage nowadays, and OPPO isn’t about to let itself be outdone by its rivals. For the R17 Pro, the company used a color dubbed Radiant Mist, which has a horizontal color shift, transitioning from blue to purple depending on the angle. The aluminum frame has the same gradient and matte-like finish, giving it a two-tone appeal as well.

For the port layout, you have the volume controls at the left side and the power button on the right side. At the bottom, you have a speaker, USB-C port, and NanoSIM tray. The R17 Pro does not come with a headphone jack. Your audio options are either the supplied USB-C earphones or a Bluetooth headset since OPPO does not bundle an audio dongle with the R17 Pro.

There’s no MicroSD card slot as well, but OPPO compensates for this by equipping the R17 Pro with 128GB of internal storage. While OPPO did not mention any IP rating, the NanoSIM tray does have a bright red rubber gasket for protection against the elements.

Yes, it has the same dewdrop notch found on the F9. However, since the R17 Pro is a premium model, it swaps the F9’s LTPS panel for an AMOLED variety, which is necessary for the in-display fingerprint scanner. Colors are punchy and vibrant, though the R17 Pro’s auto brightness control tends to be inconsistent—there are times that we have to manually adjust the screen’s brightness for us to clearly see what’s written on the screen.

Another upgrade on the R17 Pro front panel is the use of Gorilla Glass 6—the first phone to do so. While it has the same scratch resistance with Gorilla Glass 5, Corning’s latest protective glass can handle more drops than its predecessor. If you feel paranoid about the front panel’s durability, the R17 Pro comes with a pre-installed screen protector.

How good is its Snapdragon 710 processor?

It is one powerful mid-range processor. Positioned between the Snapdragon 660 and Snapdragon 835, the Snapdragon 710 has a flagship-grade Adreno 616 GPU while having roughly the same clock speed of the Snapdragon 660. Paired with 8GB RAM, the R17 Pro scored almost 170k in AnTuTu, placing it close to the scores of flagship phones from last year.

The phone felt fluid and smooth throughout our time with it. We had roughly 3GB of free RAM on average based on our daily use. The phone kept up with us, seamlessly switching from one app to another without any issues.

The Snapdragon 710’s Adreno 616 GPU does excellent work in handling graphically intensive games. With battle royale favorite PUBG Mobile, the game selects high graphics setting by default, and the R17 Pro gets the job done with a peak median FPS of 30 paired with 99% FPS stability.

Graphically-intensive RPG games like Marvel Future Fight works very well with the R17 Pro. In fact, it is one of the few phones we tested that managed to do a median FPS of 54 while maintaining a respectable 76% FPS stability.

Racing games like Asphalt 9 is not a problem either for the R17 Pro, as we were getting the peak FPS of 30 consistently.

How is the rest of the phone?

Like any OPPO phone, you get ColorOS with the R17 Pro. With version 5.2, OPPO finally addressed the annoying notification swipe with ColorOS: this time around, you can swipe away any notification without the need of deleting it one by one, leading to a more fluid user experience. This version of ColorOS is also the most polished one to date—proof that OPPO is trying to make its Android overlay friendlier to both current and new users.

You get a few extras with the R17 Pro, including Game Space to enhance your gaming sessions, ORoaming for your roaming data package needs, and Real Sound Technology for enhancing the sound quality of your cans. Audio was OK but we were a little disappointed to learn that the R17 Pro only comes with a single speaker.

Do the cameras deliver the goods?

Not all of them. While the R17 Pro boasts of a triple rear camera system, we could not try out the Time of Flight (TOF) stereo camera since OPPO has not rolled out the necessary software to utilize it. It is a definite bummer and a missed opportunity on OPPO’s part since we were not able to explore the TOF camera’s potential features, which include 3D photography and augmented reality.

However, if we talk about the primary and secondary rear cameras, they do deliver with flying colors. The R17 Pro’s primary camera boasts of a variable aperture system that works like the one used in Samsung’s flagship Galaxy phones, wherein the camera switches between f/1.5 and f/2.4 depending on the lighting conditions. With OPPO’s approach, you cannot manually choose the aperture, so you can’t play around with it to pull off creative shots. The primary camera comes with OIS built-in, which helps in capturing blur-free photos.

The secondary camera—a 20-megapixel f/2.6 snapper—aids in low-light, which is essential for the R17 Pro’s Ultra Night Mode. Like Huawei’s Night Mode, OPPO’s solution captures a long exposure and processes it accordingly to deliver better highlights and shadows. Together with the primary camera’s OIS, one can capture four-second exposures handheld with minimal to no blur.

As for its video capabilities, the R17 Pro can shoot videos in 4K. Since it uses a newer Snapdragon 710 processor, OIS and EIS do work when shooting 4K video, reducing the amount of shake and jitter in the footage.

For the front camera, the R17 Pro’s 25-megapixel selfie snapper captures decent selfies, though we suggest avoiding beauty AI as much as possible. In our tests, beauty AI has a tendency of over processing skin tones to the point that our selfies looked artificial.

Wait, you only need 35 minutes to fully charge its batteries?

You read that right! SuperVOOC, OPPO’s latest charging solution, uses a 50W charger and a proprietary USB-C cable so that you can charge the R17 Pro from empty to 100% in 35 minutes. You should not worry about damaging the battery in the long run: since the R17 Pro uses two 1850mAh batteries, SuperVOOC charges both batteries simultaneously, letting you charge the phone at the fastest time possible while keeping safety a top priority.

Combining for a total of 3700mAh, the R17 Pro can last you for around a day and a half on average use. The 11 hours 30 minutes score we got in PCMark confirms this: using the R17 Pro as our daily driver, we ended our 9-hour workday with around 30% of juice left. Since you can juice it up at crazy, Lamborghini-like speeds, the absence of wireless charging is forgivable on the R17 Pro.

Should you buy it?

One may consider the R17 Pro for its cutting-edge features: an insanely fast charging system, a primary rear camera with variable aperture, a frosted glass back, and an up-to-date Gorilla Glass 6 protection for the front panel. We did not include TOF rear camera in the list, as the software to utilize the tech is not available as of this writing. OPPO will be rolling out the necessary software in the future instead.

Had OPPO Philippines priced this close to its original China SRP of Php 34k or less, the R17 Pro could have been a better deal, if you consider its all of the cutting-edge features mentioned above. 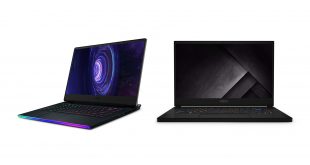 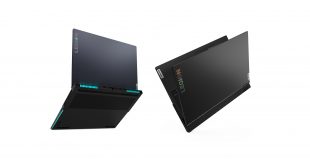 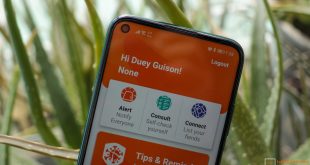 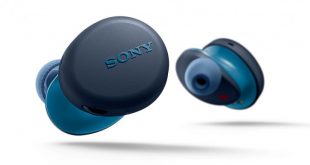 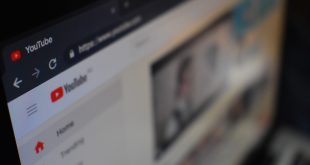 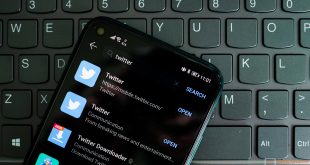