We review the Primeguard G1W!

Anybody who has driven in the streets of Manila knows how dangerous our roads can be. Undisciplined and unruly drivers, corrupt traffic cops, gung-ho pedestrians and motorcycle riders that treat traffic signs as mere suggestions are all part of driving in the capital – an accident isn’t a matter of if, only when.

That’s why having a dashcam is an important part of actually driving here in Manila. Having a dashcam in your car is an insurance policy should anything go wrong, and while there’s a lot of options available in the market, many of them are either too expensive or are just glorified rubbish. Today we’re taking a look at the Primeguard G1W, a very value-packed dashcam that strikes the medium between affordability and performance.

The Primeguard G1W sets up in mere minutes. After you take out it out of the box, you’ll just need to position the suction cup attachment at the top of your windshield, put on the actual unit, plug it in the cigarette lighter and you’re done. The G1W turns on automatically when you start the car, and it’ll start recording as soon as it finishes its short start-up process.

The suction mount allows you to mount it anywhere in the windshield, but we suggest you put it at the center, near the top. The G1W has an integrated 2.7-inch display that helps you position the camera to get the widest possible view, but since the camera has a 120-degree wide-angle field of view, you just need to put it in the center and adjust it from there.

A lot of features to keep you safe on the road

The G1W is capable in recording in different resolutions – VGA, WVGA, 720P (both in 30 and 60FPS) and full HD. Higher resolution videos obviously take up more space in the microSD card, though you can probably get away with 720P running in 30 FPS to save space. You can also set the camera to run in 3-minute or 5-minute clips, or run continuously without a break in the video. The G1W is also capable of picking up audio, allowing you to record conversations with traffic enforcers when you roll down your window to talk with them.

Other features of the G1W include a G-sensor that automatically saves the video clip when it detects you’ve been hit, as well as the ability to take photos if you ever need to.

Okay, so let’s go to actual video quality. The G1W is capable of recording good video, with plenty of details in bright light. Our vehicle has a pretty heavy tint on it, but the G1W still managed to do well during the day.


The biggest issue with the G1W is that there’s a lot of noise introduced when you’re driving at night, especially in dimly-lit roads (which the PH has a lot of). That, combined with the heavy tint on our vehicle, meant that the G1W had a lot of noise and artifacts when we were using it in the dark. To be fair, cars and other objects on the road are still recognizable when it’s around 10-20 feet of the car, and you can still read plate numbers when the vehicles get close.


While nighttime driving was a bit of a pain because of the artifacts on the recorded footage, vehicles with less tint managed to get clearer videos than us. Check it out below:

Another issue we have with the G1W is that the way it mounts on the suction cup attachment. You sort of just slide it in there, which means that it’s not clamped down to the attachment point. Vibration from the road surface and your vehicle will knock it loose sooner or later though you can probably put on a paper shim in there to make it stop moving.

The G1W also ships with a couple of freebies when you buy it – a 16GB microSD card as well as an ant-sleep alert device. It’s a potentially life-saving device that you wear on your ear, and emits a loud, screeching noise when it detects your head nodding when you’re drowsy or sleepy. It’s the perfect gadget to keep you or your driver awake during those long drives to the province.

Verdict: You need this in your car

Priced at Php 2,680 from Kimstore, the Primeguard G1W has a good mix of affordability and performance. The freebies alone (16GB Sandisk Class 10 memory card, Anti-sleep driver alarm, all valued at Php 3,100) give the Primeguard G1W an unbeatable value compared to other offerings.

Cruise In Style With allHover's Hoverboard 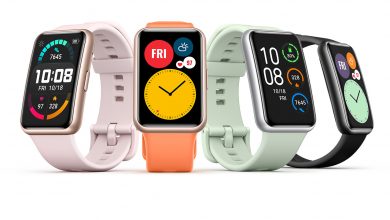