Realme is set to unveil the Realme 5 family on August 20. While we know that both phones will sport a quad rear camera setup, the vanilla Realme 5 made a visit to Geekbench, confirming key specs. 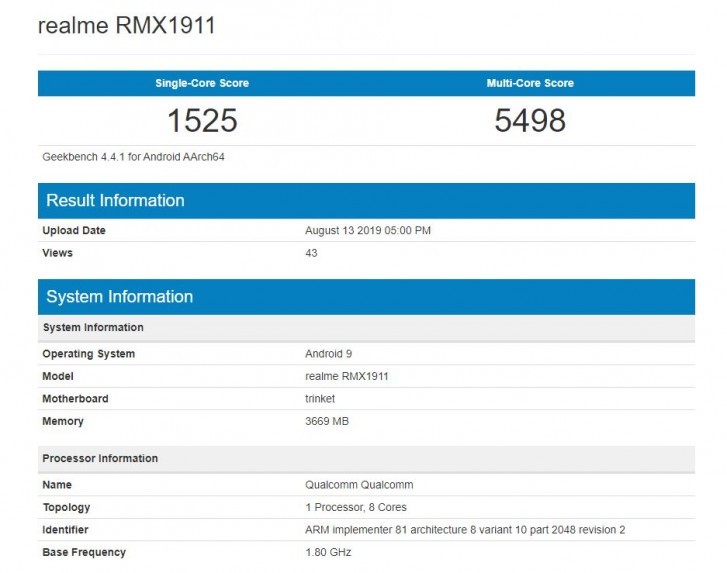 According to the listing, the Realme 5 will use a Snapdragon 665 processor paired with 4GB RAM—an upgrade over the Realme 3’s Helio P70 processor. Keeping the lights on is a 5000mAh battery. As 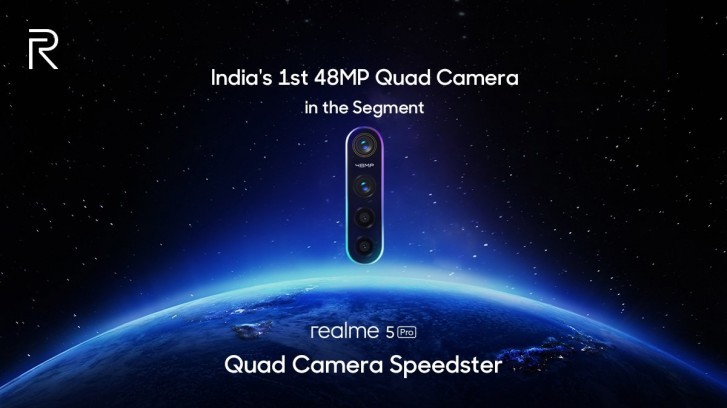 As for the cameras, Realme confirms that the Pro version will use a Sony IMX 586 primary camera, while the Realme 5’s main rear camera will have an f/1.8 aperture. Both phones will have a setup consisting of a main camera, ultra-wide-angle camera, dedicated macro camera, and depth sensor. In addition, the Realme 5 Pro will have VOOC 3.0 fast charging.

We should know more about both models come August 20.