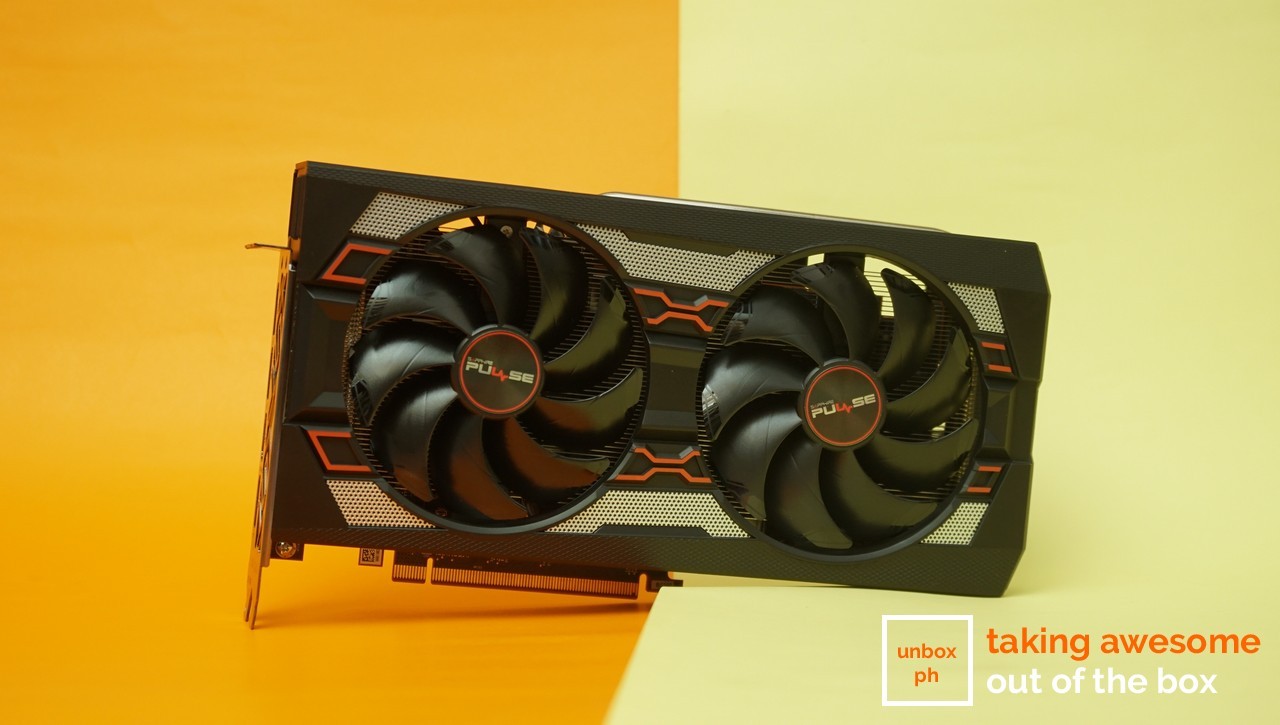 AMD unveiled a new, sub $300 graphics card during CES a few weeks ago. The company’s RX 5600 XT is a mid-range card that was poised to unseat NVIDIA’s stranglehold on mid-range gaming, pegged with a $279 price tag and performance meant for 1080p gaming. While AMD was positioning the RX 5600 XT as a replacement for NVIDIA’s venerable GTX 1060, its potential performance also meant it was a viable alternative to the green team’s RTX 2060.

As a result, NVIDIA, in a last-minute effort to steal AMD’s thunder cut the price of its RTX 2060 FE models to just $300, along with EVGA’s RTX 2060 KO. Unfortunately, both models are out of stock in NVIDIA’s website, and the price cut hasn’t reflected in any other similar models here in the Philippines.

Be that as it may, AMD pushed out a last-minute vBIOS update for their card to make it more competitive with NVIDIA’s recently-discounted GPU, bumping performance up to 10%. This just goes to prove that competition is good for everyone. 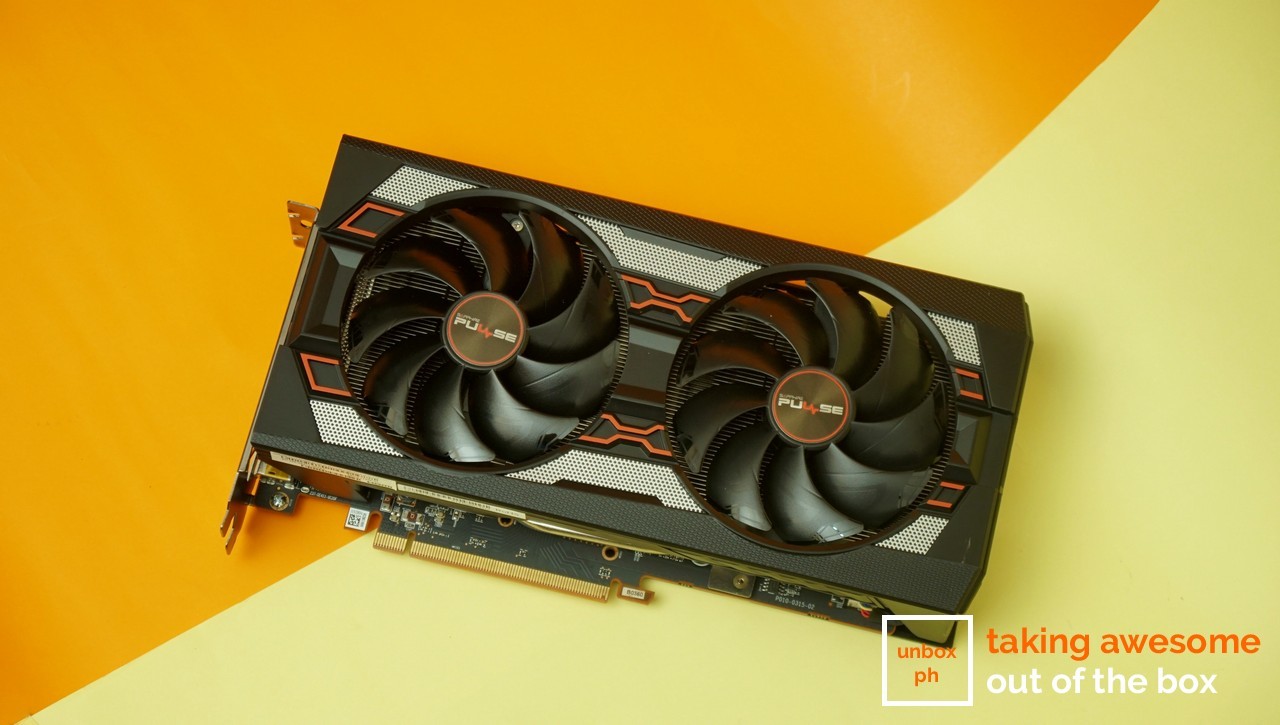 AMD is finally at a place where the company can start competing with NVIDIA’s GPUs with products that actually have parity with them, using roughly the same techniques to produce more affordable cards derived from their more expensive models. And just like the green team, AMD’s RX 5600 XT is essentially their RX 5700 with two GDDR6 chips removed, essentially. 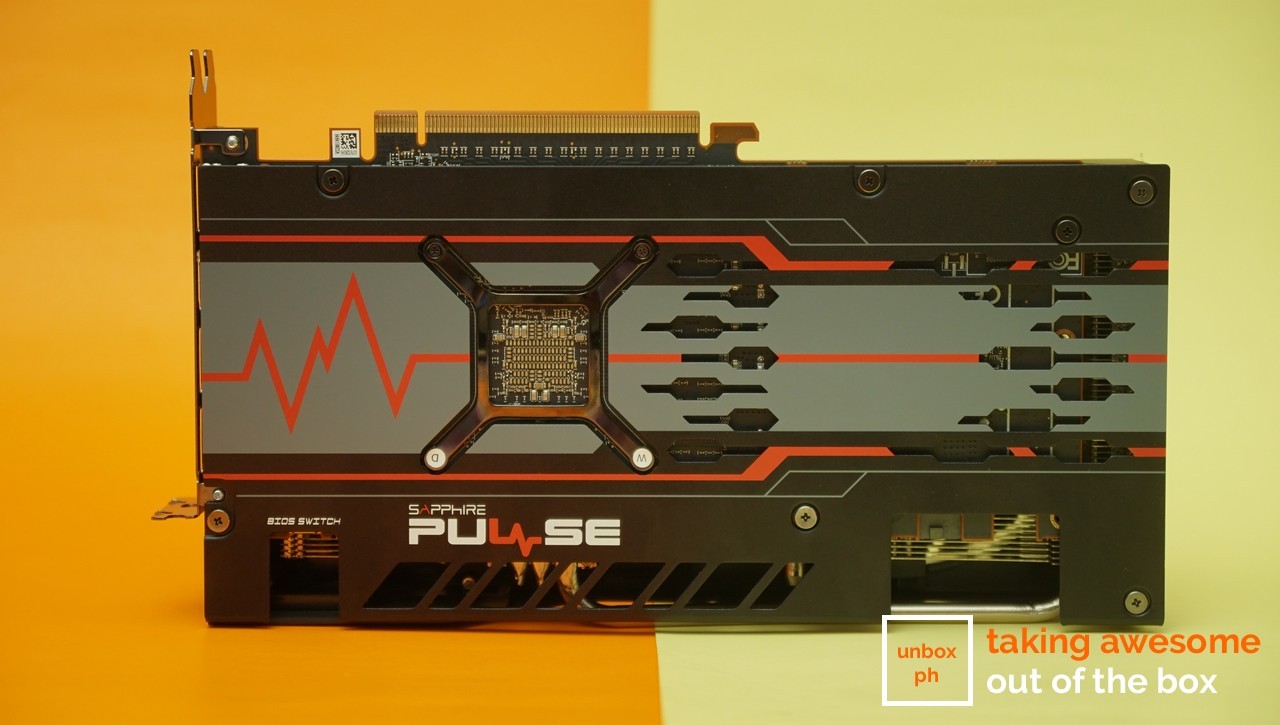 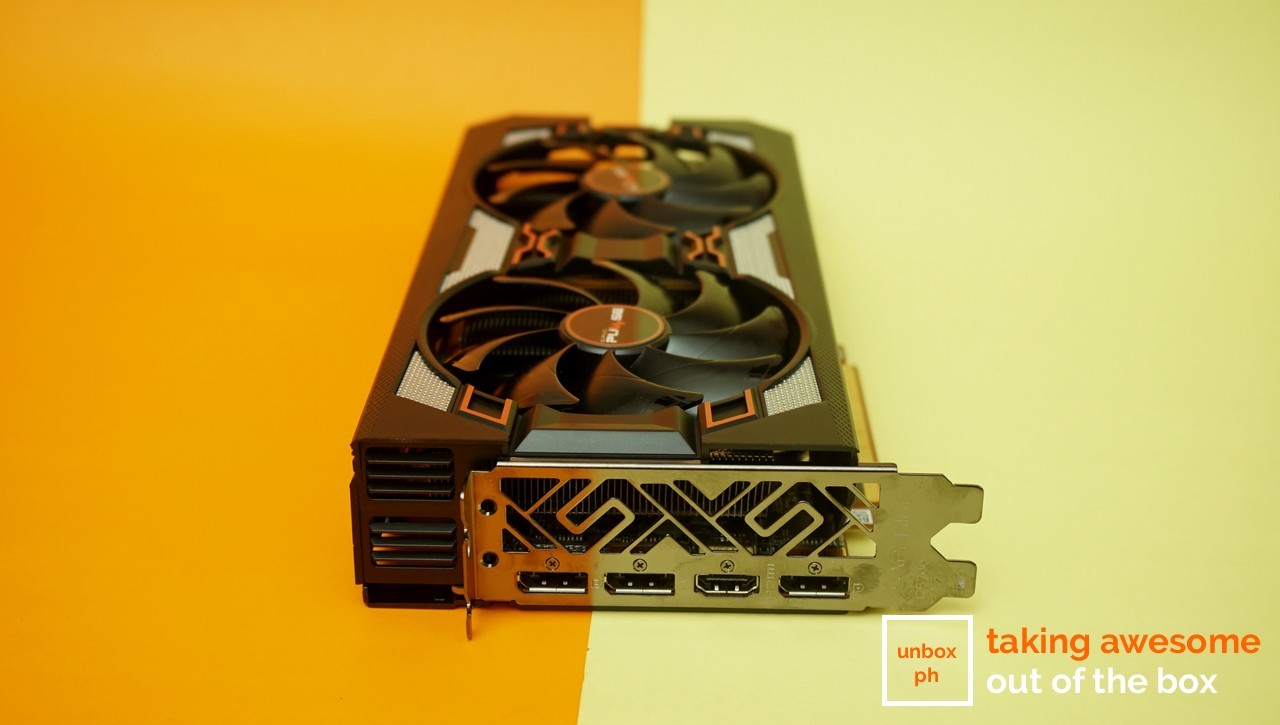 As we mentioned earlier AMD pushed out a last-minute vBIOS update for the Sapphire RX 5600 XT Pulse OC that was sent to us for review. AMD won’t be offering reference models for the RX 5600 XT, so you’ll have to settle with AiB manufacturers like Sapphire, ASUS, Powercolor and others for this particular GPU.

The vBIOS update pushes the core clock up by 15% and the memory frequency by 17%, which puts it even closer to the performance of NVIDIA’s RTX 2060.

The updated bios also up power draw by 10 watts though, which is a little annoying.

While we appreciate that last-minute performance bump (and a majority of AMD fans do too), first day buyers for the new card will have to flash their cards themselves, which has a low but not negligible risk of bricking their cards if they do so. 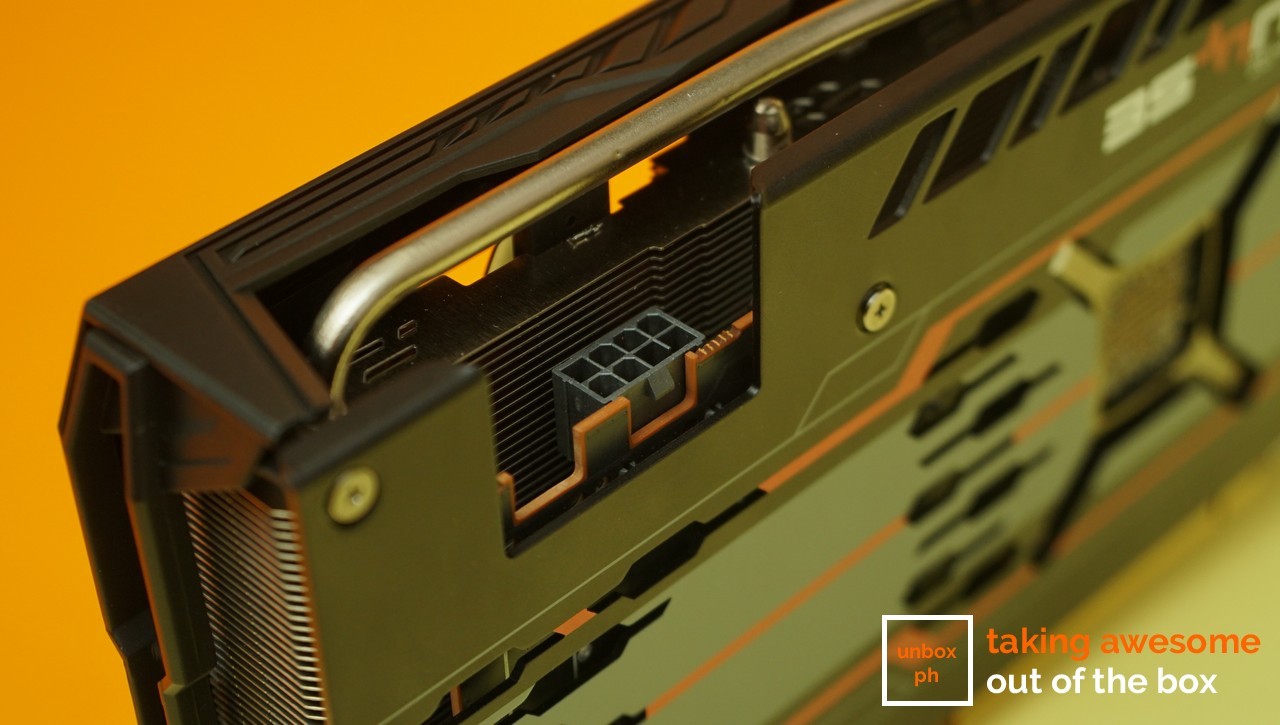 As for the card itself, the Sapphire RX 5600 XT Pulse OC looks a little overbuilt for what it is, which is a good thing in our opinion. The card takes up 2.3 slots in your case and has 2 95mm fans that can run slower while still achieving optimal cooling for the card.

Three heat pipes and a massive heatsink keep the GPU cool, and the card uses an 8-pin external PCIe power cable for power. As for outputs, the Sapphire RX 5600 XT Pulse OC has 3x DisplayPort 1.4 outputs and a single HDMI 2.0b output. 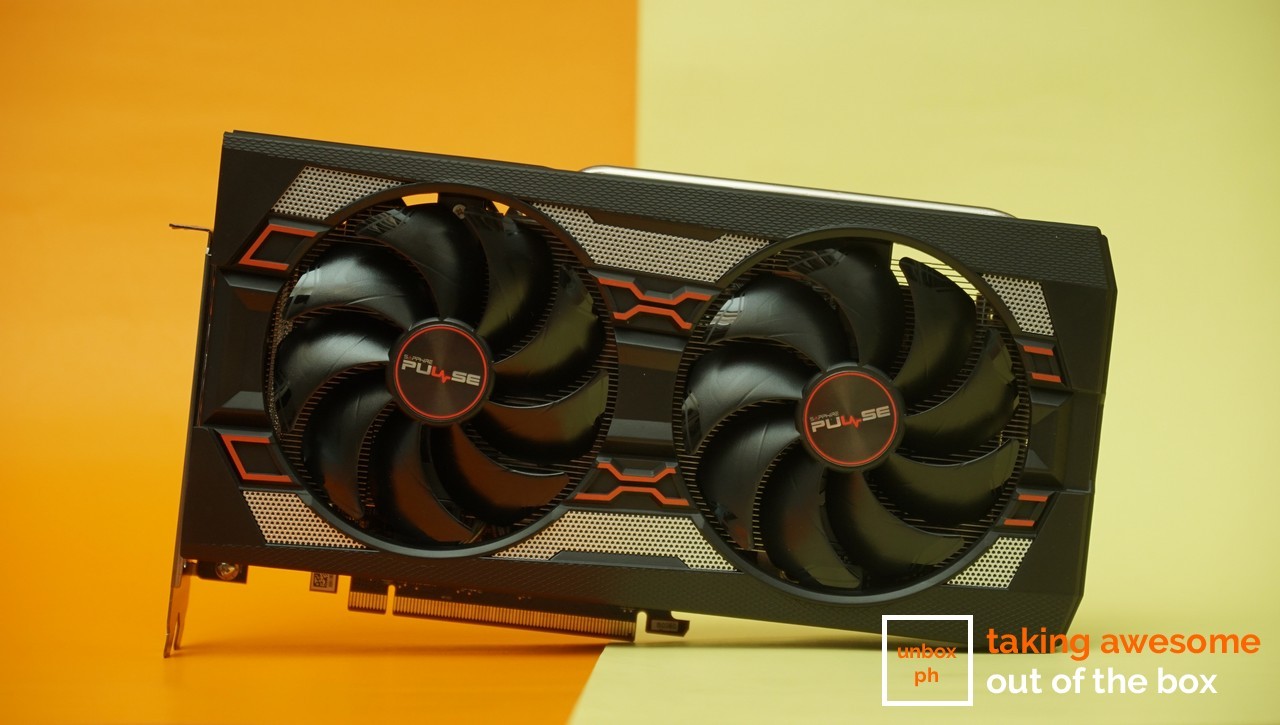 AMD was right to send the vBIOS update since the RX 5600 XT manages to keep up with NVIDIA’s RTX 2060 easily, breaking the 60 FPS barrier in all the games we tested it with.

At the very least, AMD has fulfilled the promise it made when it officially unveiled the RX 5600 XT back in CES – the card is capable of running most, if not all, modern games past 60 FPS in 1080p resolutions in high or ultra settings.

While 6GB of VRAM isn’t ideal (8GB is starting to become the norm nowadays) it’s not really a big stumbling block for the RX 5600 XT, at least with the current crop of games we have. 8GB of VRAM gives you more peace of mind though and future-proofs the GPU for longer than just 6GB.

You also don’t get RTX with the RX 5600 XT, though a year on there are very few games that use the tech, and we doubt it’s going to have a negative impact on your gameplay.

AMD is continuing its assault on the GPU market with its mid-range RX 5600 XT, and they’re starting to make a dent.

What originally was a GPU to compete against NVIDIA’s GTX 1660 Ti became an RTX 2060 competitor, thanks to a last-minute update that bumped performance to at least 10%.

NVIDIA’s attempt to spoil AMD’s party partly backfired thanks to that last-minute update, though price cuts for the RTX 2060 haven’t reflected here.

Overall you’re getting great past 60FPS performance in many modern games at a lower price than the RTX 2060. Sure, you don’t get ray tracing but honestly, there are still a lot of games that don’t have that feature.

The only concern we have here is AMD’s reputation for driver updates, though they are becoming better at that part of the equation with each release.