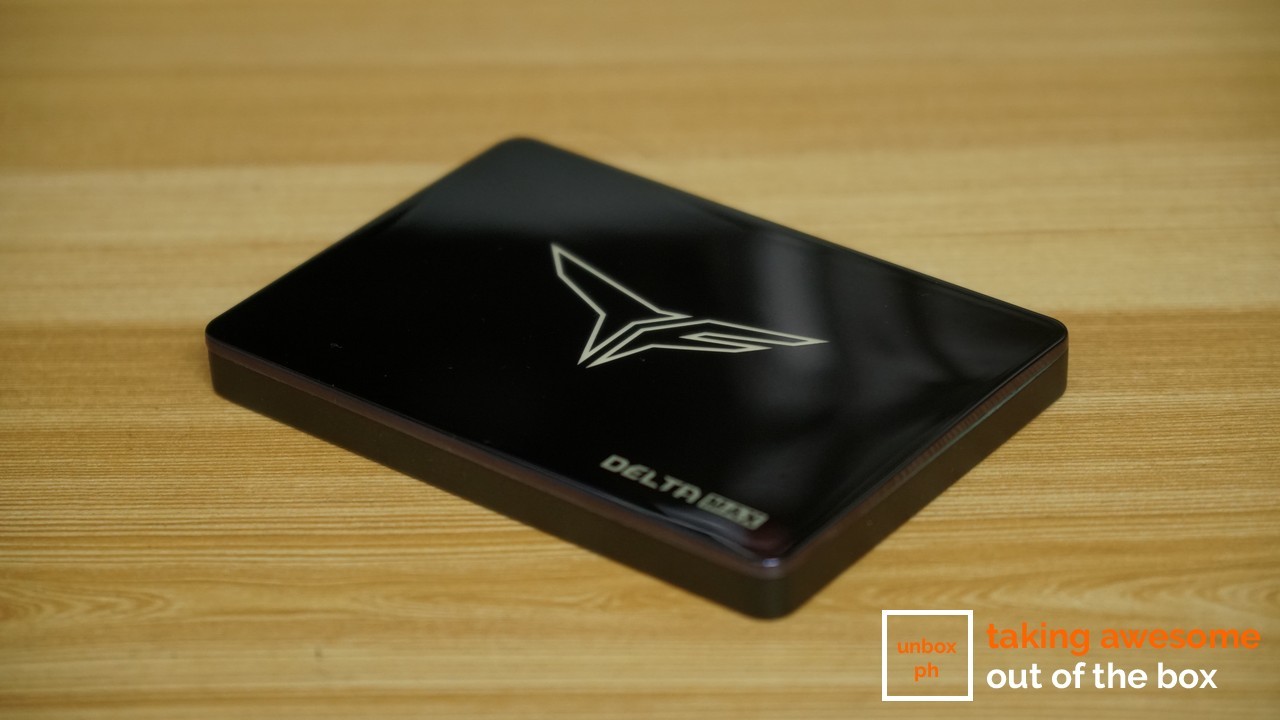 Why the heck not?

RGB is in most PC components these days, heck, it’s starting to bleed over to more mainstream products like phones, so it’s not surprising that colorful lighting finally made its way onto an SSD drive. Team Group took a look at their Delta RGB SSD and said, “that doesn’t have enough RGB”, so lo and behold, we get a product like the Delta Max RGB. 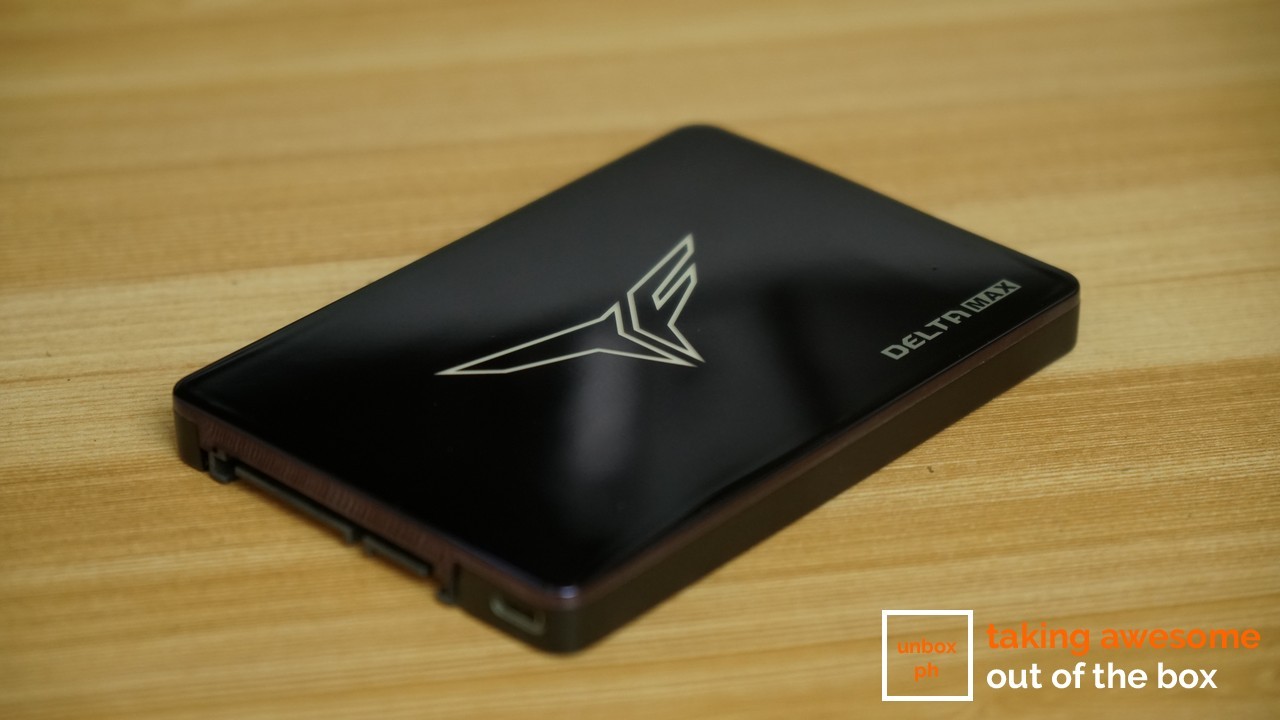 The Delta Max RGB SSD is a 2.5-inch/9.5-mm SATA drive that’s available in multiple variants, specifically 250GB, 500GB, and 1TB. Once you pull it from the packaging, it doesn’t really look like much except like a really, really shiny SATA drive. 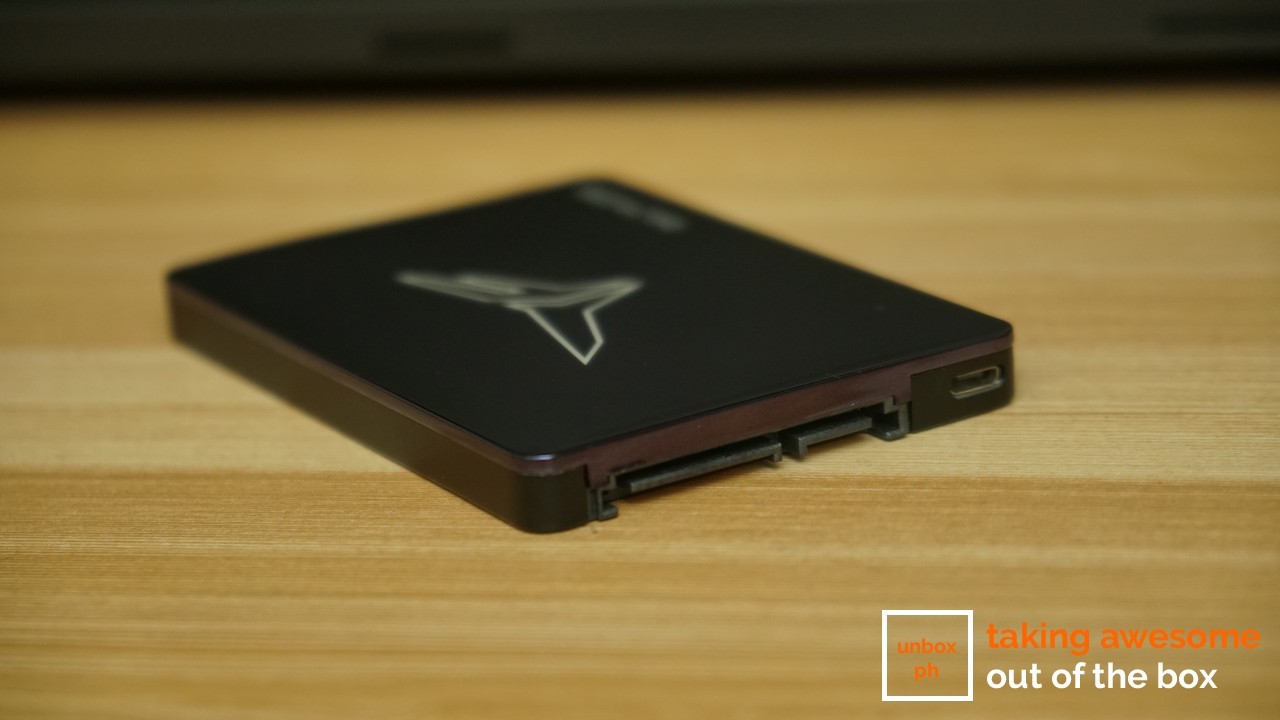 Hidden behind that shiny exterior is an addressable RGB LED module, which connects to your motherboard via a 9-pin USB header for built-in lighting effects, as well as a 4-pin 5V header so you can sync it with the color system of your choice. The Delta Max RGB can interface with most common RGB color systems, like ASUS’ Aura Sync, Gigabyte’s RGB Fusion, MSI’s Mystic Light Sync, and ASRock’s Polychrome Sync. 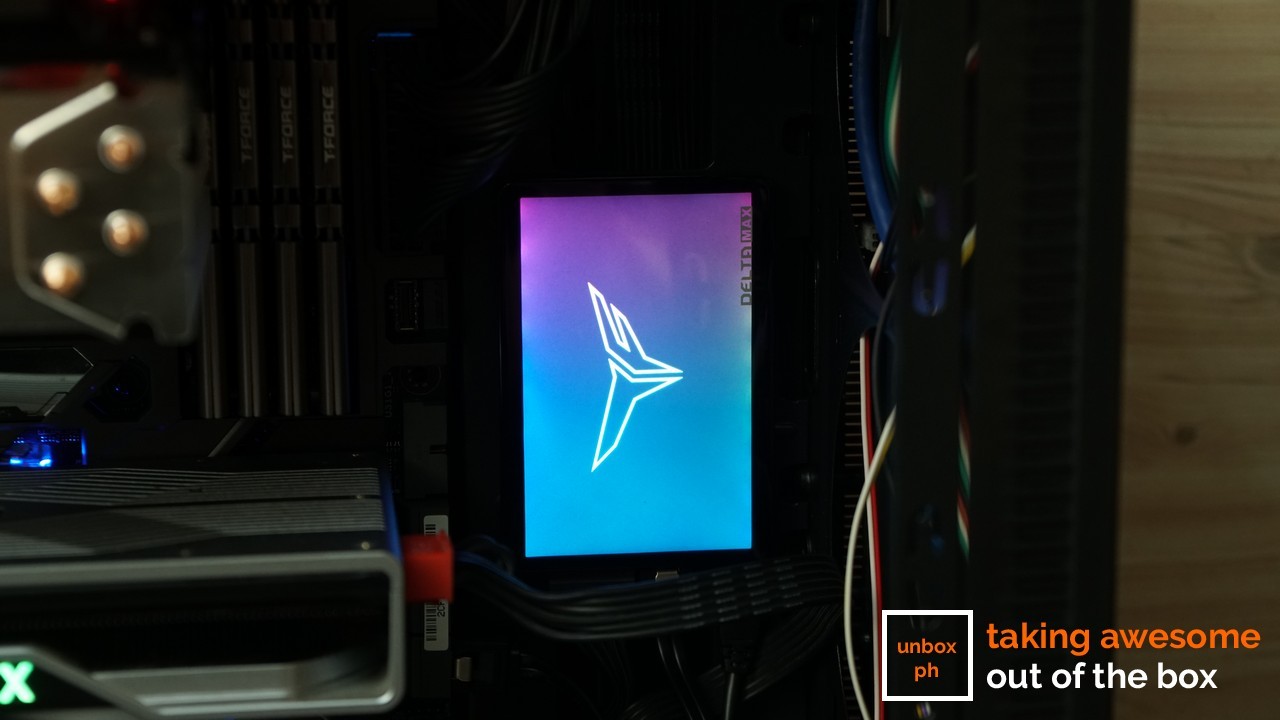 Our review unit sync’d quickly and easily to our ASUS ROG Maximus X Formula, which we set up to run a green color scheme via ASUS’ Aura Sync.

Because of the additional RGB LEDs on the top, the drive is 2.5mm thicker than most conventional SATA SSDs, which rules out its use in notebook applications. Not that you’d want to anyway – the entire point of this thing is to show off those insane LEDs, which obviously isn’t possible when it’s under a notebook chassis. 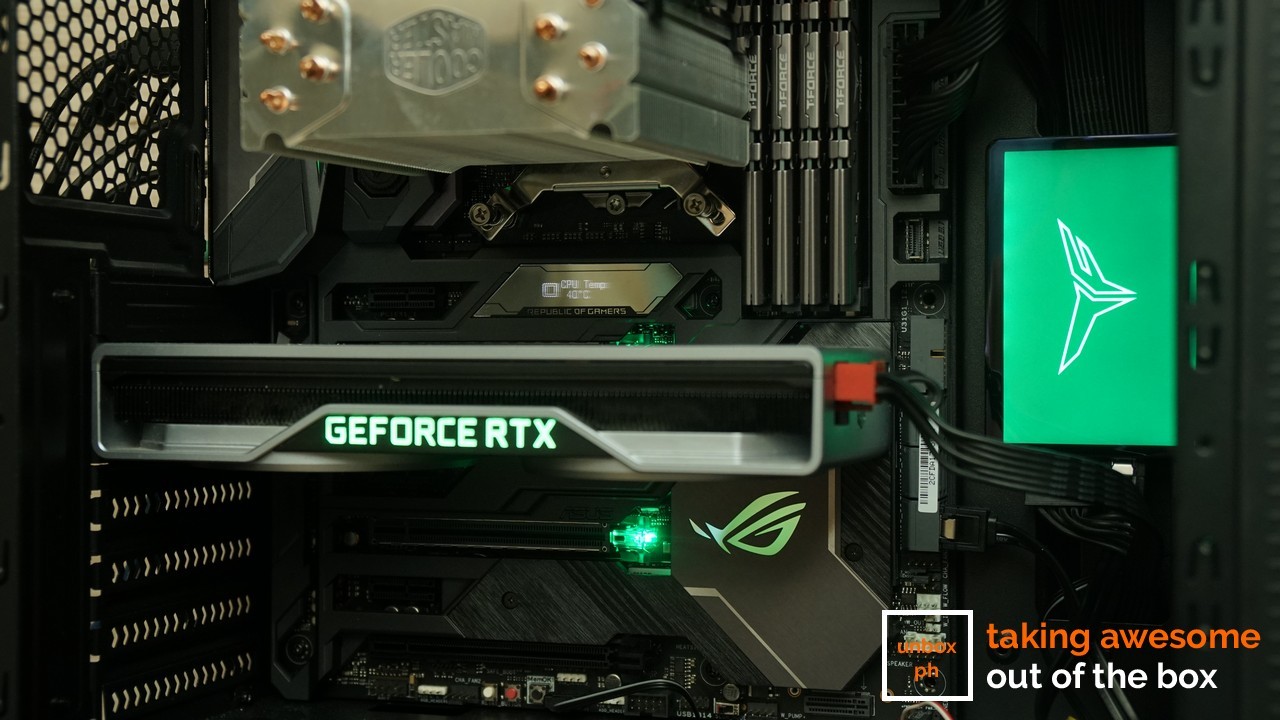 Good performance out of a SATA SSD

Time to dive into the nitty-gritty of the Delta Max RGB: Team Group uses the tried and tested Silicon Motion SM2258 as the memory controller, with the Micron’s 64-layer or 96-layer 3D TLC NAND memory. 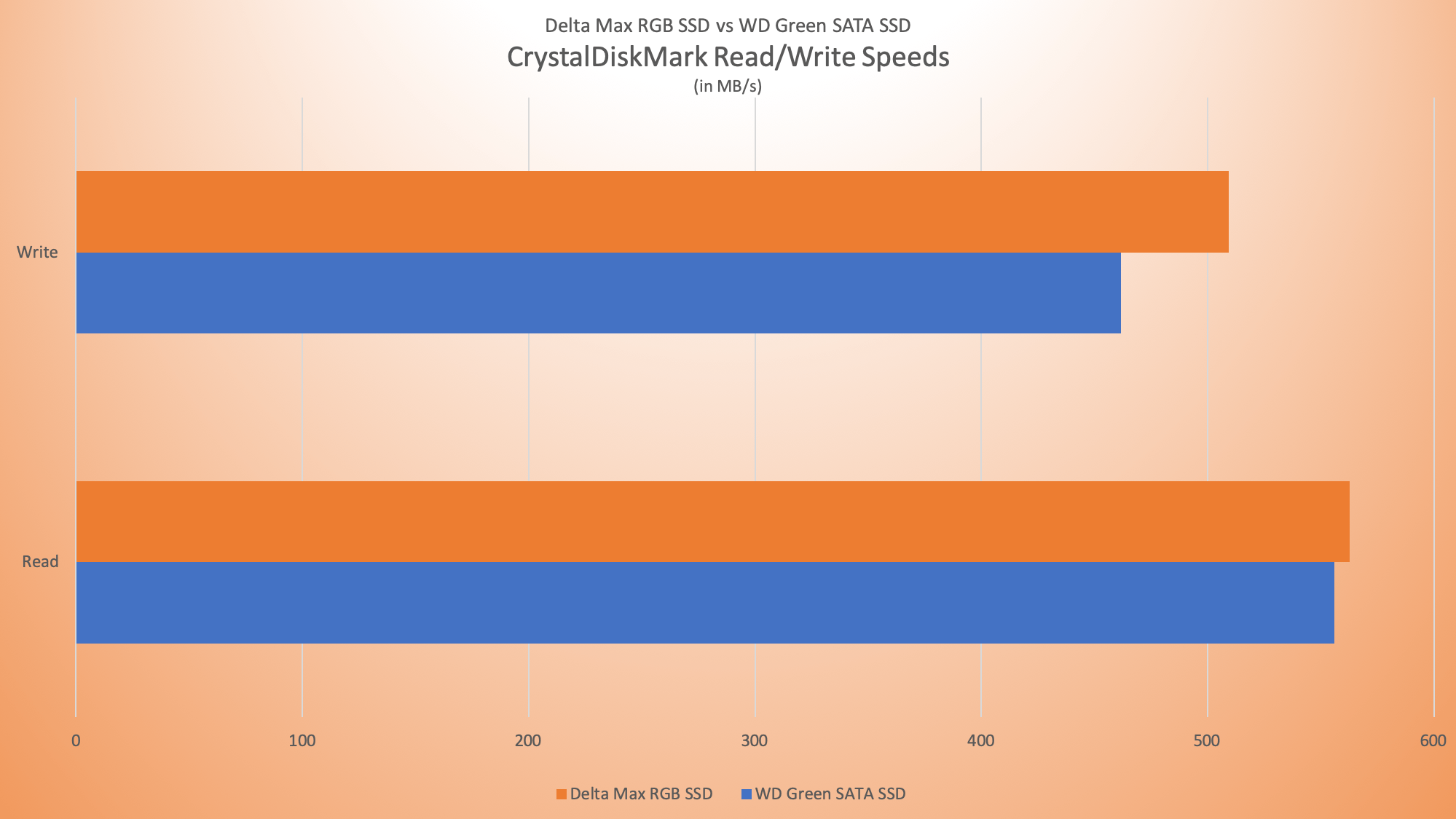 That’s fairly standard from what you expect from a more mid-range SSD – the Delta Max RGB isn’t marketed as an ultra-quick drive, but more as a general-purpose storage device.

If you really need a fast SSD as your primary boot disk/game storage device, we’d recommend you go for high-performance NVMe SSDs instead, like Western Digital’s Black series.

In any case, benchmarks using CrystalDiskMark shows that Team Group’s published read/write rates are dead on.

It’s slightly faster than WD’s Green SATA SSD, but that’s to be expected. 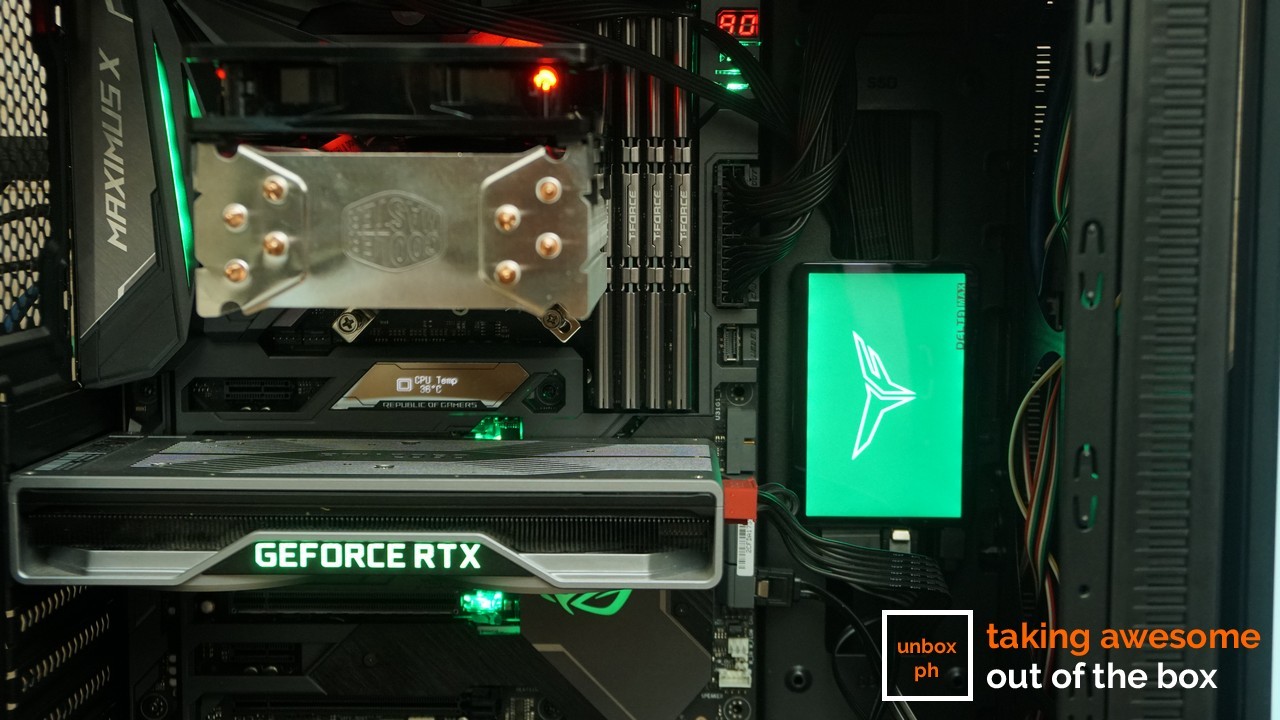 With so many 2.5 SATA SSDs from multiple manufacturers available nowadays, you really have to have something extra in your arsenal to make an impact.

Of course, those extra RGB lights come at a slight price bump over the competition – Team Group quotes a landed cost of Php 3925 for the 250GB variant, which is a little more than a comparable SSD from say, Western Digital (Blue) which is just Php 2820 for the same capacity.