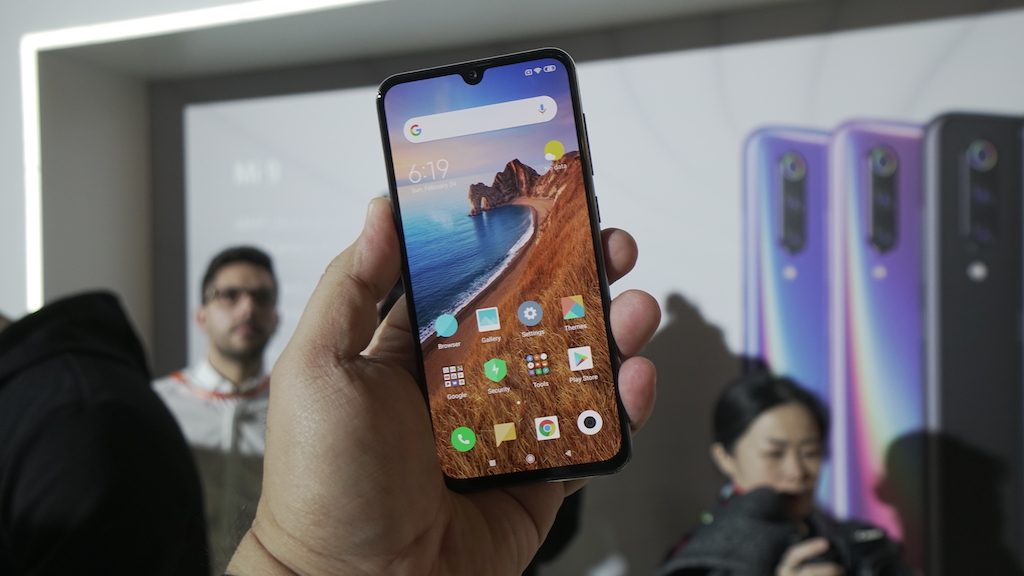 It’s been a few months since Xiaomi announced their Mi 8 flagship device (10 months, in fact, but who is counting) and it’s about time that the company offers an updated version of their flagship smartphone line. Fresh with success overseas, Xiaomi chose to launch their new flagship to western audiences in the eve of the biggest mobile show on Earth, Mobile World Congress. 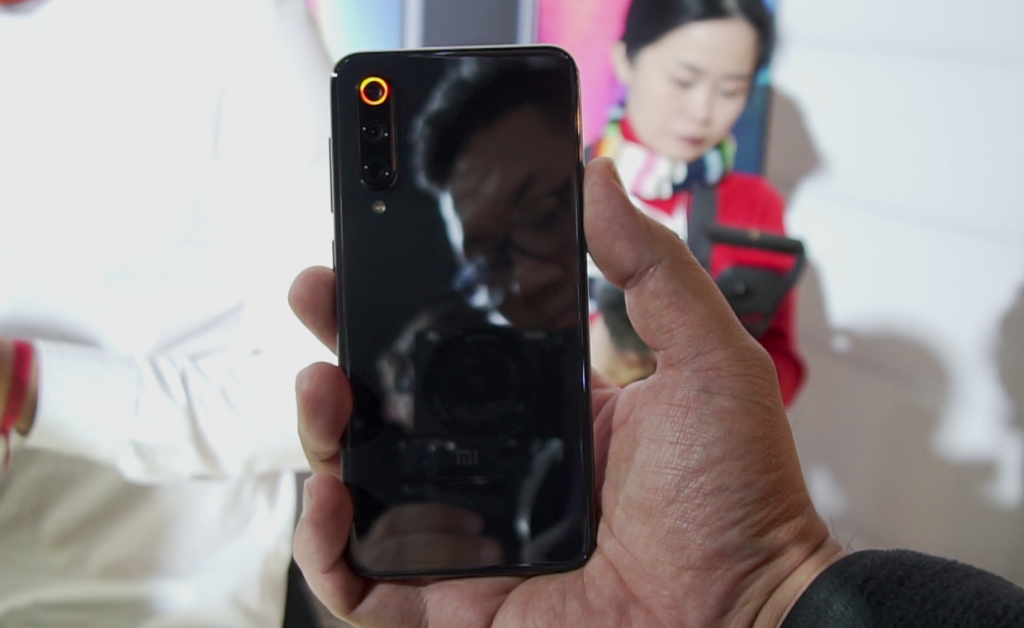 While Xiaomi’s phones are pretty light on the wallet (all things considered) they’ve never really felt or looked cheap. The Mi 9 is no exception to this: the phone features a very attractive (and colorful) glass chassis, with a brand new color treatment that changes the hue of the smartphone depending on how the light hits it. It’s a little difficult to describe the color shift, just know that it’s not the same gradient color treatment that other companies have seemingly embraced last year. It’s too bad that they only had the Piano Black version of the phone on hand at their launch event.

The Mi 9 comes in three colors: blue, black, or purple along with a special transparent edition just like the Mi 8 that are sold in the Philippines. 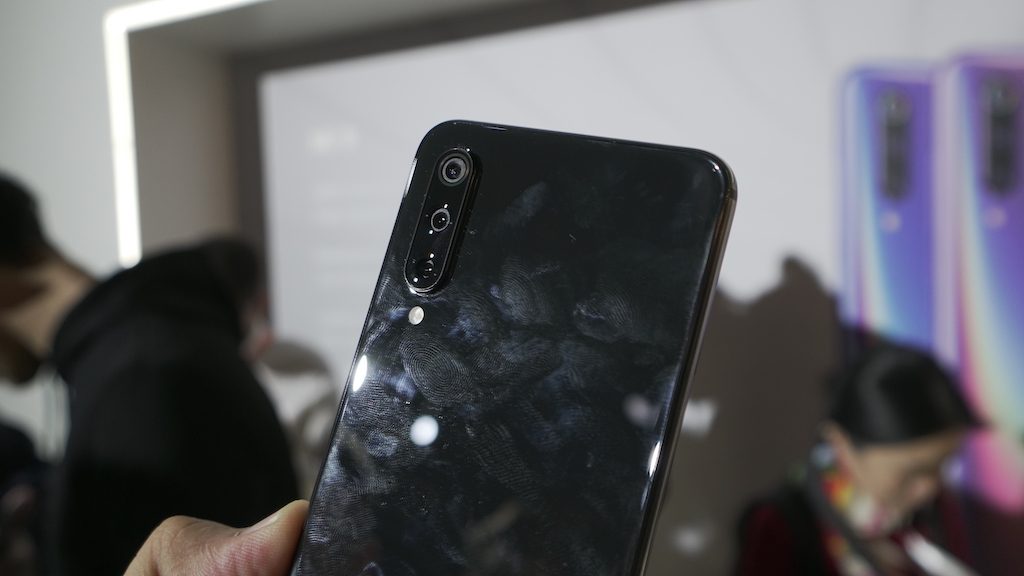 The rear of the phone has three rear cameras, up from two in last year’s model. The top camera is the 12-megapixel 2x optical zoom lens with an f/2.2 aperture, while the middle is a 48-megapixel Sony IMX586 sensor paired with an f/1.75 lens. The third camera is a 16-megapixel sensor with an f/2.2 ultra-wide angle lens with a 117-degree field of view.

The only thing we don’t like about the cameras is the way they jut out from the rear, which basically means that the phone will be unbalanced when you place it on a flat surface. There’s not much danger that the camera module will get scratched enough to damage it, as the glass is made from tough sapphire glass. Speaking of protection, the rear is protected by Gorilla Glass 5. 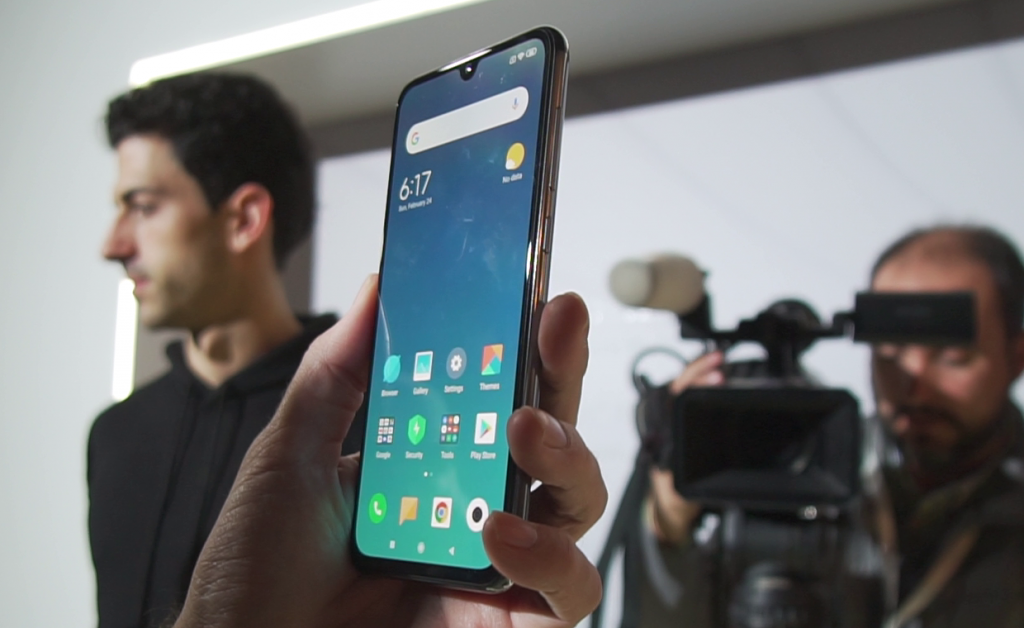 There’s no physical fingerprint scanner on the rear, as Xiaomi’s seen fit to use an on-screen scanner on the 6.39-inch panel. Since we’re on the subject of the panel, the Mi 9 uses an AMOLED display running Full HD+ 2,340 x 1,080 resolution with a 19.5:9 aspect ratio. The 20-megapixel f/2.0 front camera is housed in a small, teardrop notch on the front. 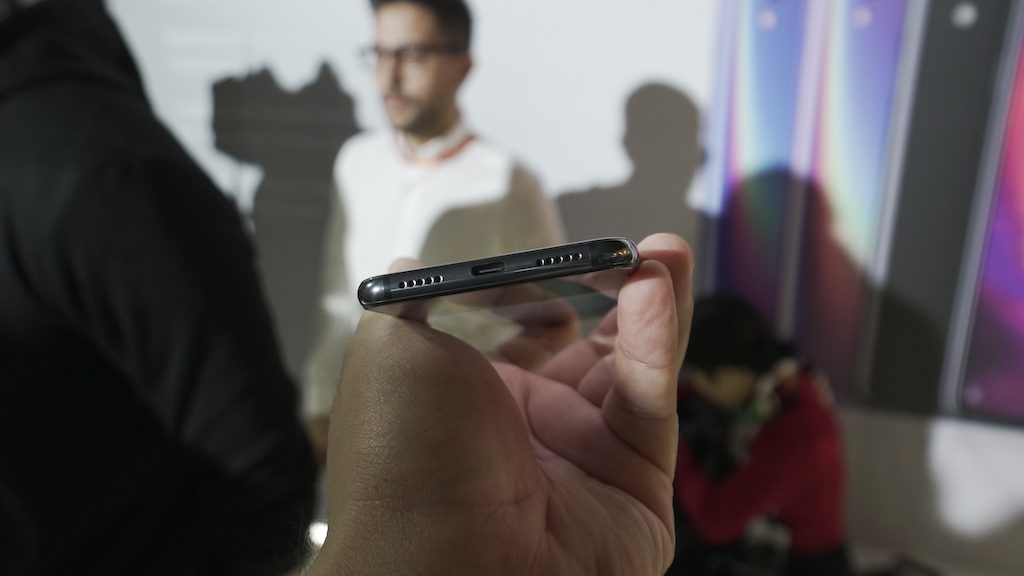 The controls are on the right side of the phone (consisting of volume controls and the power button), with the venerable IR blaster on the top. The bottom of the phone holds the USB Type-C connector and the speaker grilles. There’s no headphone jack which is obviously a bummer. 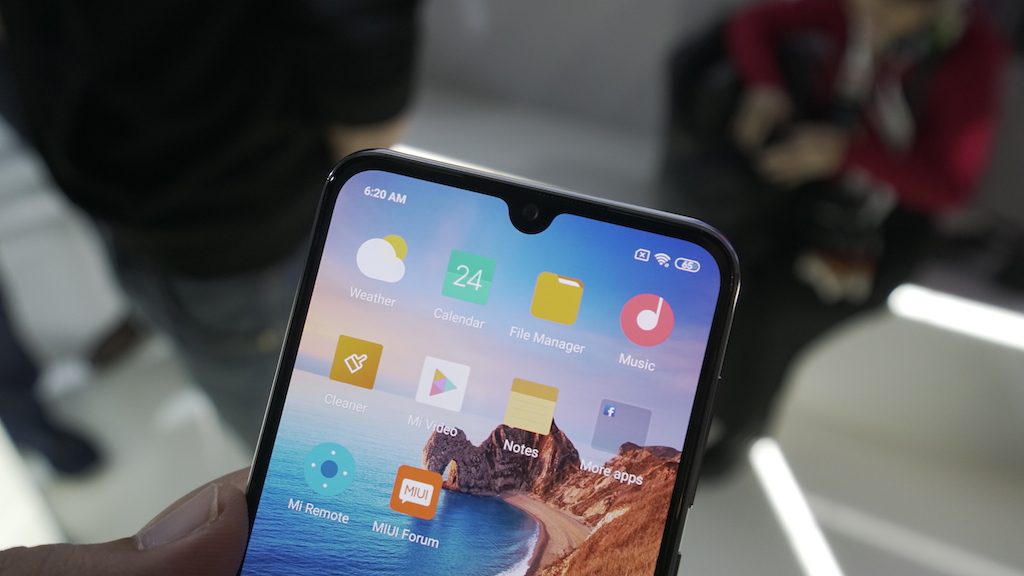 Inside the phone runs Qualcomm’s newest flagship processor, the Snapdragon 855 chipset. The good news is that the Mi 9 can have up to 12GB of RAM along with up to 256GB of storage. The bad news is that those top-tier models are only for the Chinese market: western audiences will have to settle with 6GB of RAM and 64GB/128GB of storage.

New on the Mi 9 is Charge Turbo, a new charging tech that supports 27W of wired charging and 20W of wireless charging using optional chargers. That’s good news, since the Mi 9’s 3,300mAh battery isn’t all that roomy, and the Mi 9 will need all the help it can get when it comes to filling up its tank.

That’s it for our hands-on of the Mi 9, stay tuned for more MWC coverage throughout the week.