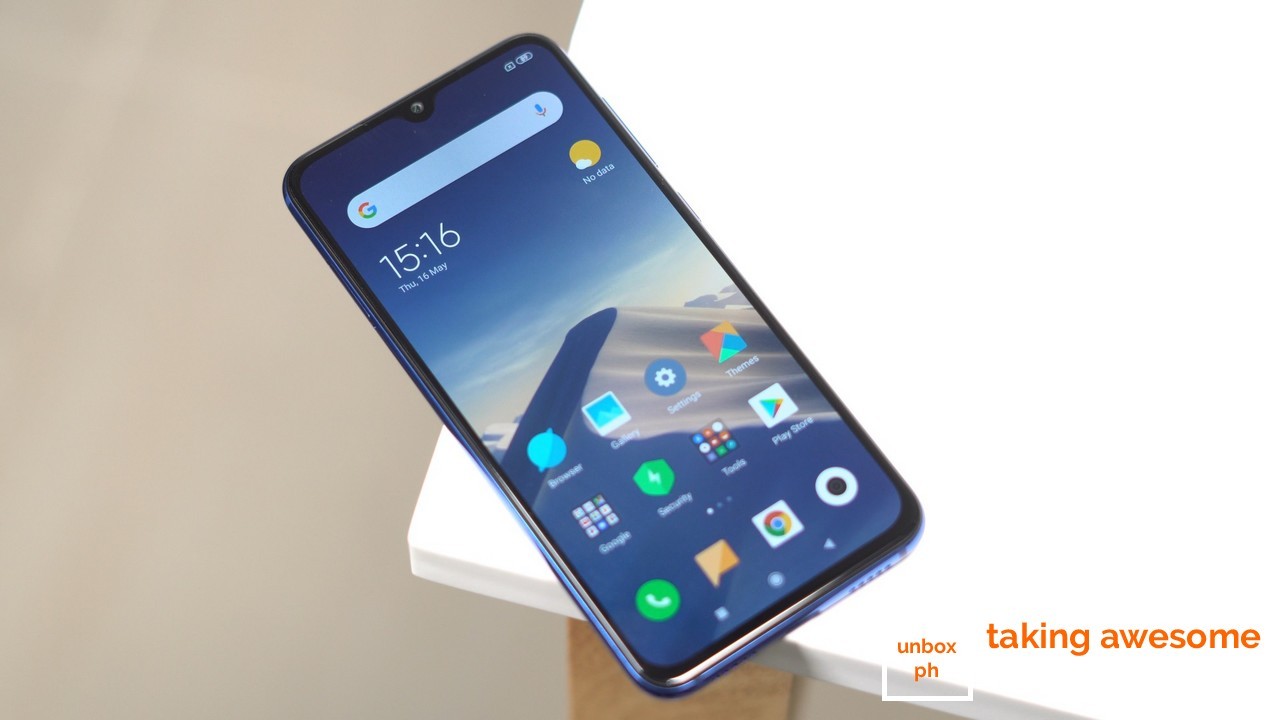 Xiaomi’s looking to dominate the mid-range segment yet again, this time with a smaller, scaled back version of their class leading Mi 9 flagship. The Mi 9 SE is smaller and slightly less powerful than its flagship brother but is still filled to the brim with flagship features, a powerful camera and more importantly, an irresistible price that’s hard to match. While plastic is the current default material choice for many manufacturers for their mid-range phones, Xiaomi said the hell with that and went with glass instead. 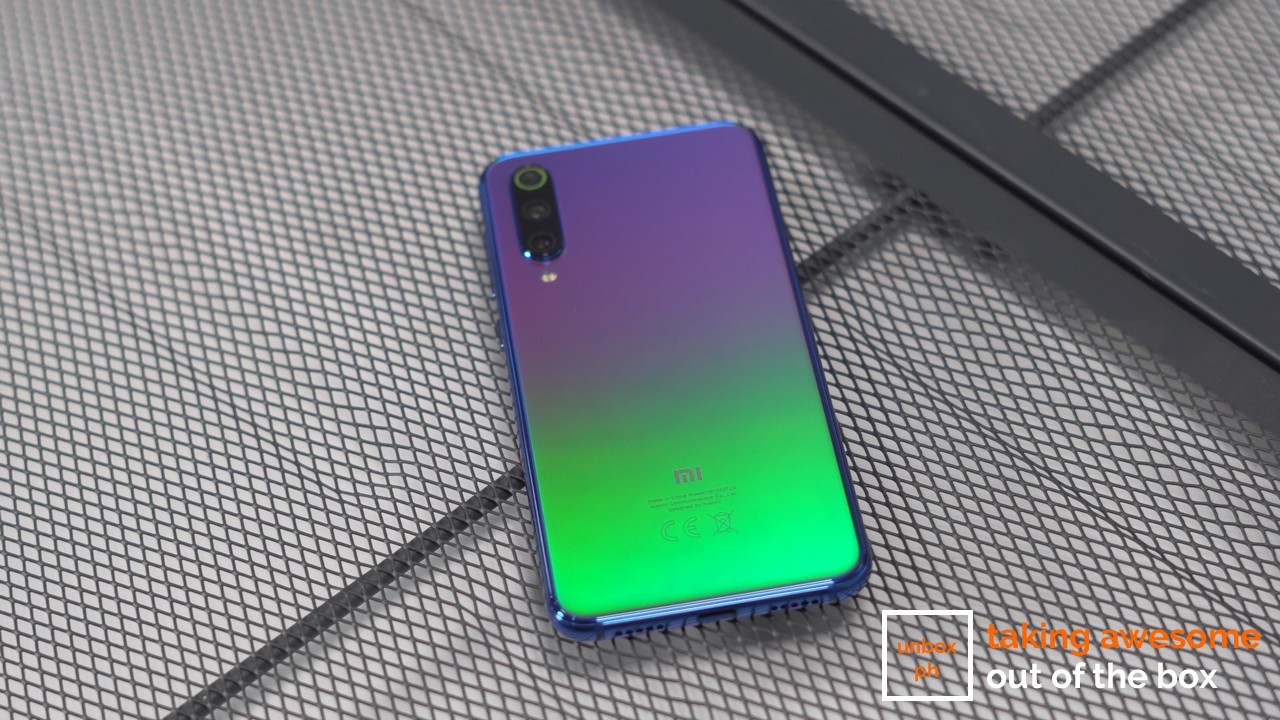 The Mi 9 SE loses the gentle curved back of its flagship brother, trading it in for a flatter rear panel covered in glass. Just like its bigger brother though, the Mi 9 SE’s back has subtle color variations that change depending on how the light hits it and the angle of the viewer. The effect is slightly more subtle than the gradient effect on other, flashier phones in the market though. 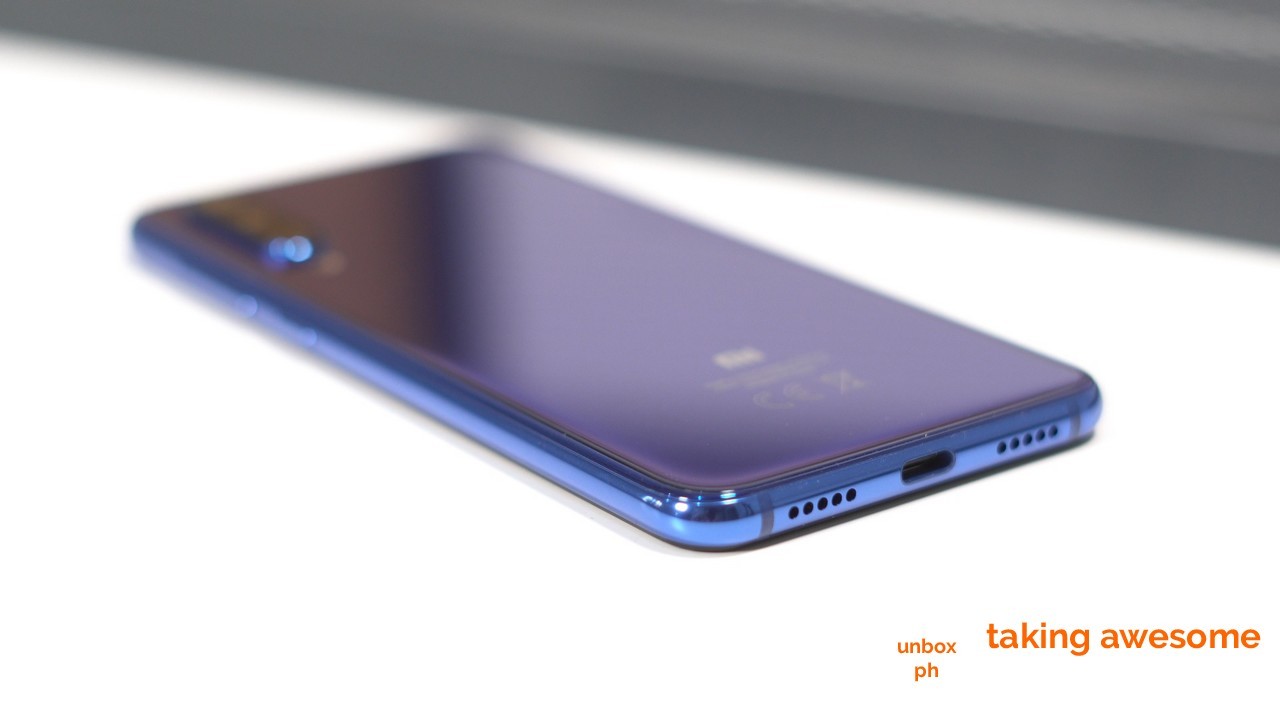 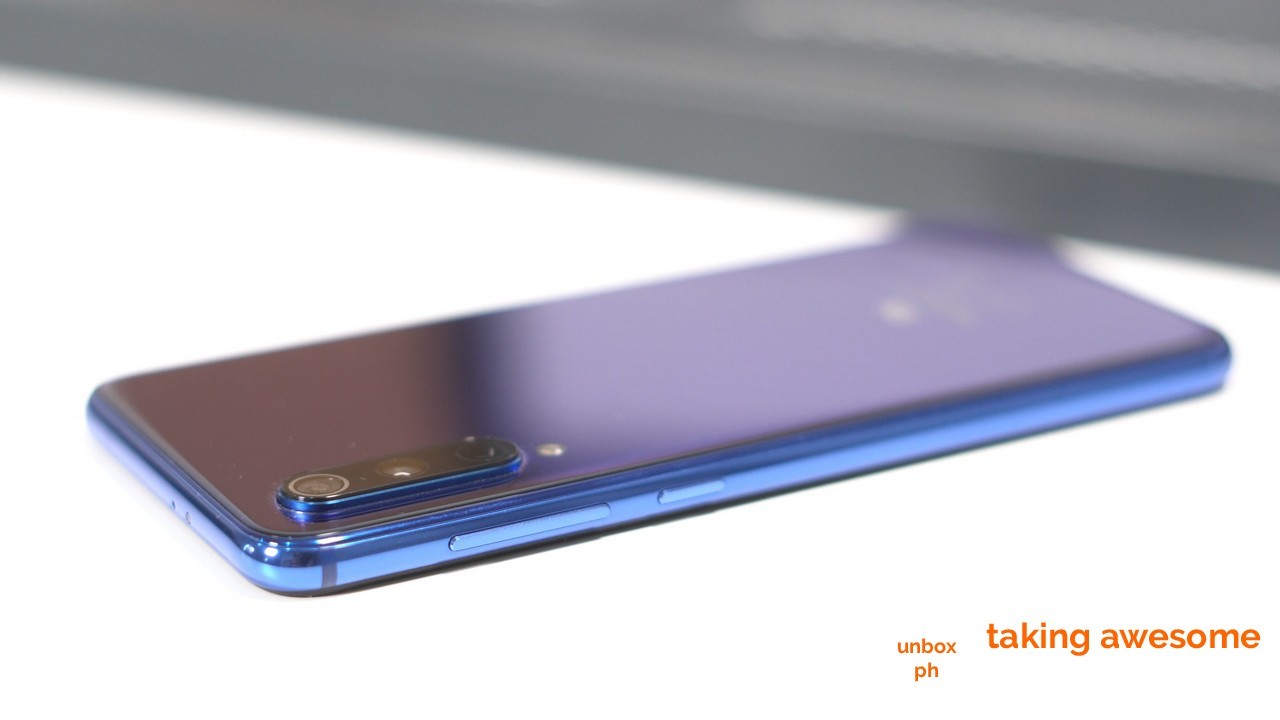 The phone doesn’t get IP certification, nor does it have a 3.5mm jack, which is a little annoying.

The triple camera module is located on the rear, arranged vertically and tucked on the upper left side of the device. The camera module protrudes a few mm from the main body which is slightly annoying since the phone doesn’t lie flat on a surface if you run it without the included case.

The phone’s overall size is much smaller than the regular Mi 9, which makes it a perfect phone for people who have smaller paws or just want something a little more pocketable than the larger phones currently in the market. 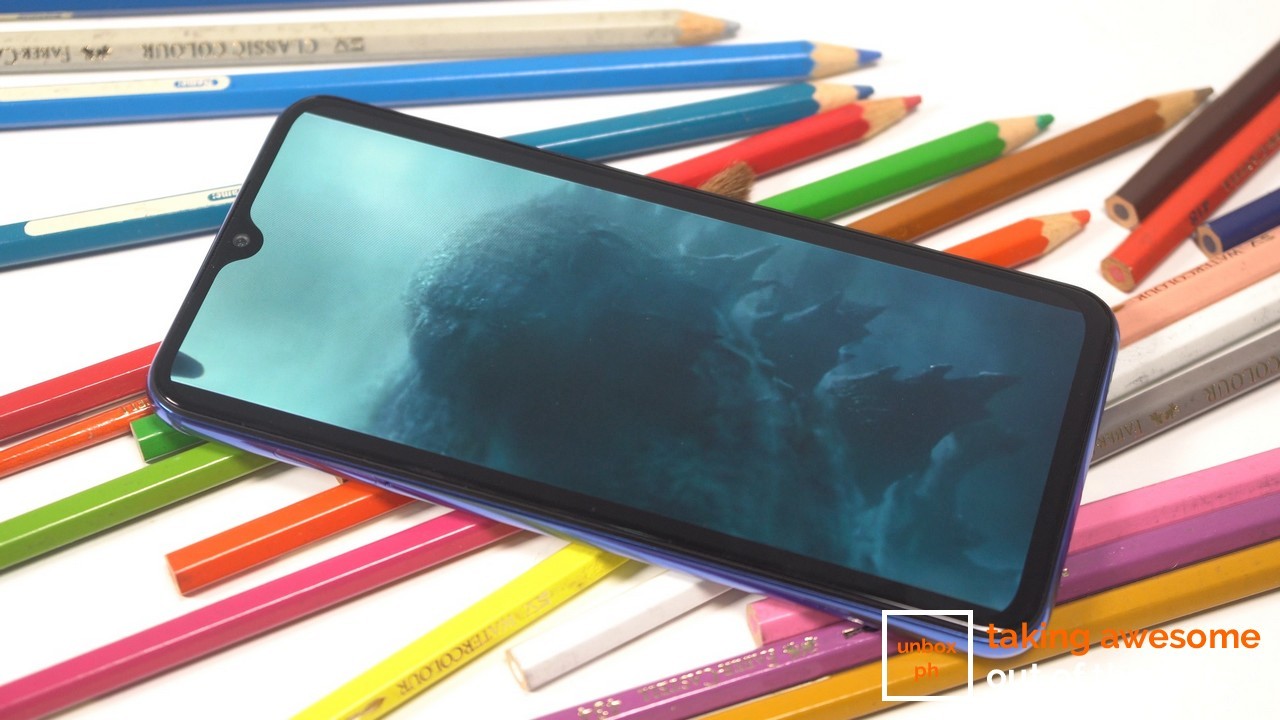 The AMOLED display is <3, and that fingerprint scanner isn’t too shabby either

Despite technically being a mid-range phone, the Mi 9 SE has a lot of flagship features inside of its compact body. The 5.97-inch, full HD+ display is an AMOLED panel, and produces fairly punchy colors for what it is. The phone also uses an in-display fingerprint scanner, similar to the one on the full-sized Mi 9.

Fast and snappy thanks to its new processor

Xiaomi equipped the Mi 9 SE with a Qualcomm Snapdragon 712 chipset, paired with 6GB of RAM and 64 GB of storage. Xiaomi also sells a 128GB variant of the Mi 9 SE for slightly more, which is what we’d recommend getting instead of the 64GB variant. 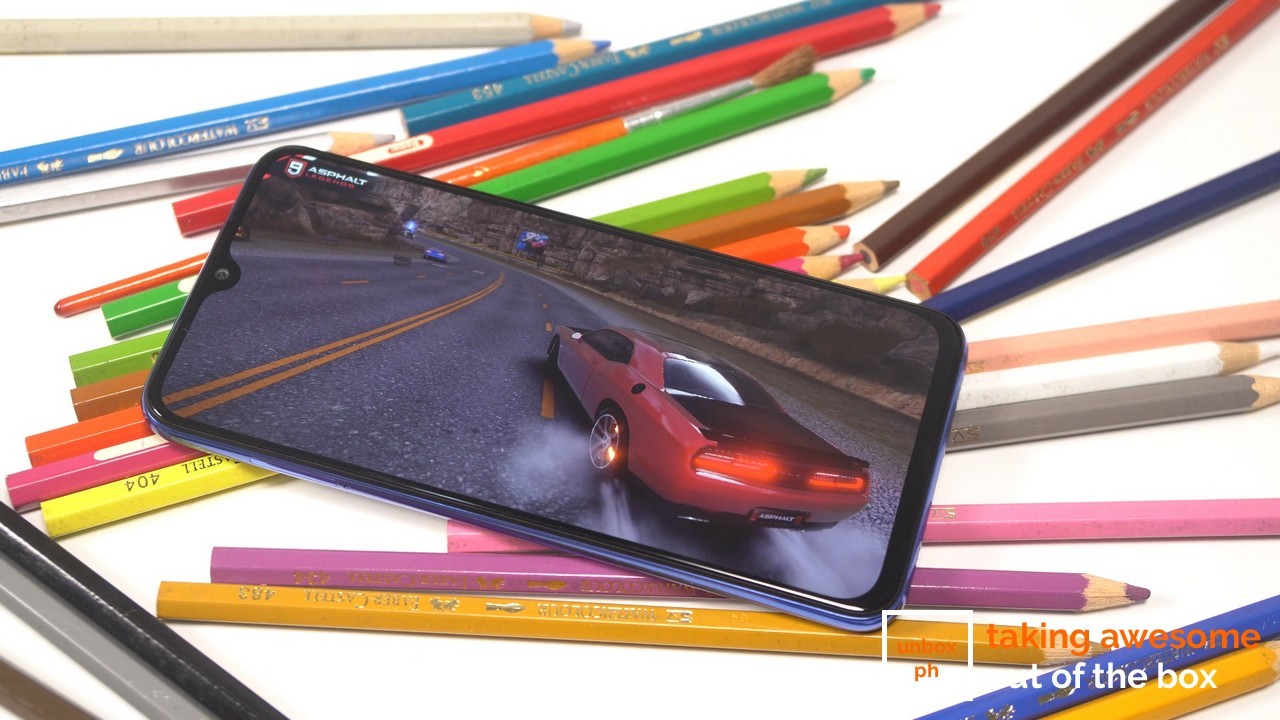 Just like any other Xiaomi phone nowadays, the Mi 9 SE runs MIUI 10, running on top of Android 9 Pie. The Mi 9 SE comes with not two, but three rear cameras: a primary 48-megapixel shooter powered by a Sony IMX586 sensor with an f/1.75 aperture lens, 8-megapixel 2x optical zoom camera and a 13-megapixel ultra-wide angle shooter with an f/2.4 aperture.

Shots taken with the primary camera looked great, with spot-on color reproduction and exposure. Low-light performance was also good, thanks to the wide aperture paired with the camera.

The wide-angle camera performed pretty good as well, though it is limited in low-light scenes because of its f/2.4 aperture.

Selfies came out well and had plenty of detail thanks to the 20-megapixel front-facing camera on the notch.

OK battery, but could be better

Because of the smaller size of the Mi 9 SE, the phone only has 3070mAh worth of juice inside. PCMark’s battery benchmark put the phone at 10 hours and 47 minutes in terms of overall battery longevity.

Our experience with the phone told us that it’s good enough for about a day’s worth of moderate use. Heavier use (plenty of browsing and using Waze) put the phone in the red at around 7PM after unplugging the phone from the charger at 10AM.

The phone does have 18W fast charging capability, though it doesn’t have wireless charging which is a bummer. 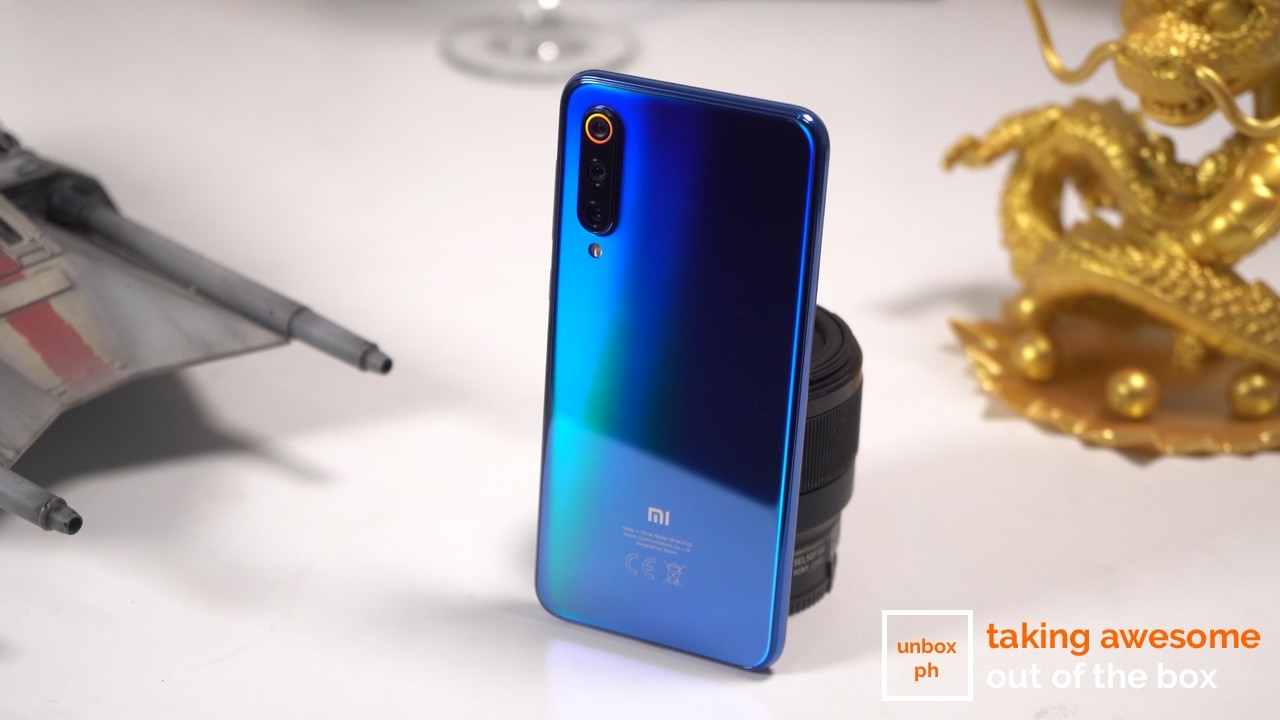 Verdict: One of the best mid-range phones you can buy today

The Mi 9 SE offers a great mix of size, performance and camera chops in a small and handy package. And since this is Xiaomi, the price for the Mi 9 SE is just right – at Php 15,990 for the 64GB variant, it’s one of the best value mid-range phones you can buy today.

If you’ve been scouring for a mid-range device that takes great photos, has excellent overall performance in a beautiful glass body, you might want to try out Xiaomi’s Mi 9 SE.