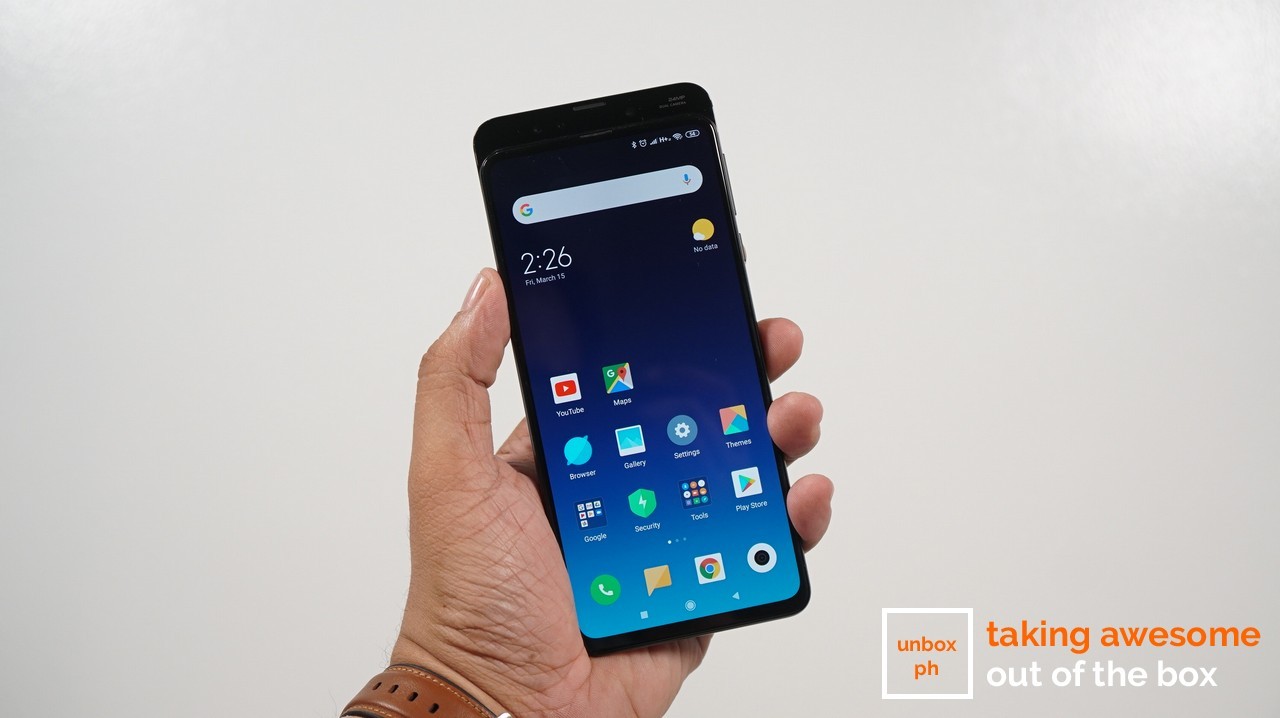 No notches, no holes, almost-all screen: that’s Xiaomi’s promise with the Mi Mix 3, one that they’ve managed to keep using clever engineering. With a sliding mechanism that keeps the front cameras hidden until you need them, the Mi Mix 3 might just be the all-screen phone you’ve been looking for. 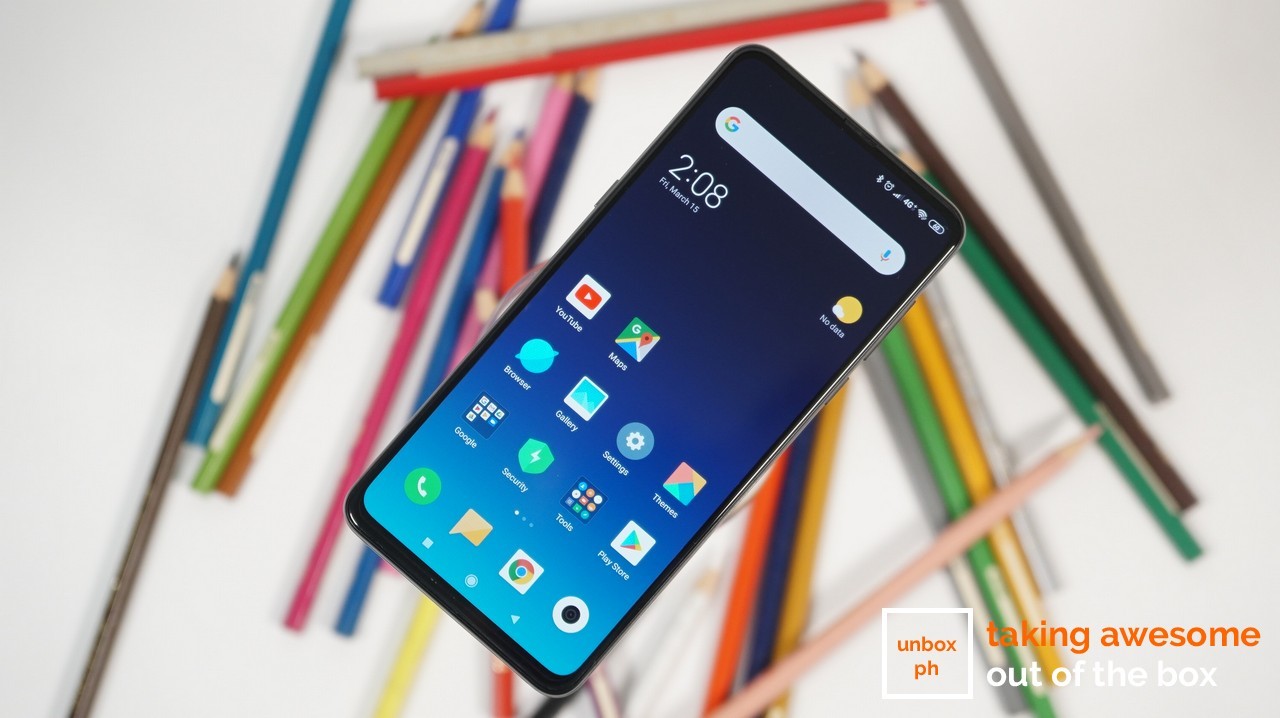 Until Samsung (or someone else) manages to perfect the technology of putting cameras underneath a display, manufacturers will have to come up with clever ways to hide the necessary cameras and sensors to preserve that all-screen look. For others, it means using motorized pop-up cameras, and for Xiaomi, it meant looking back to the past and utilizing tech that was on Nokia phones: a sliding mech. 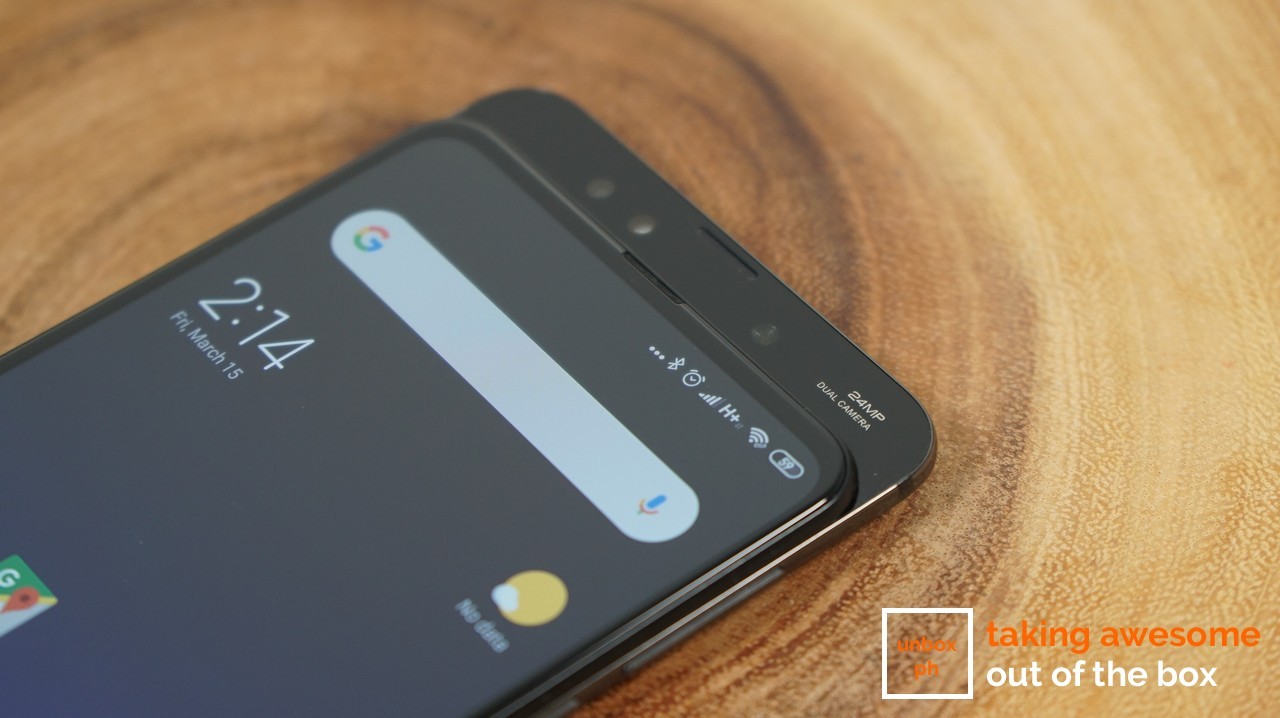 The premise is simple: you push down on the Mi Mix 3’s display to reveal the two front-facing cameras. It’s a clever why-didn’t-they-think-of-that-earlier solution that only one other company has seen fit to use. 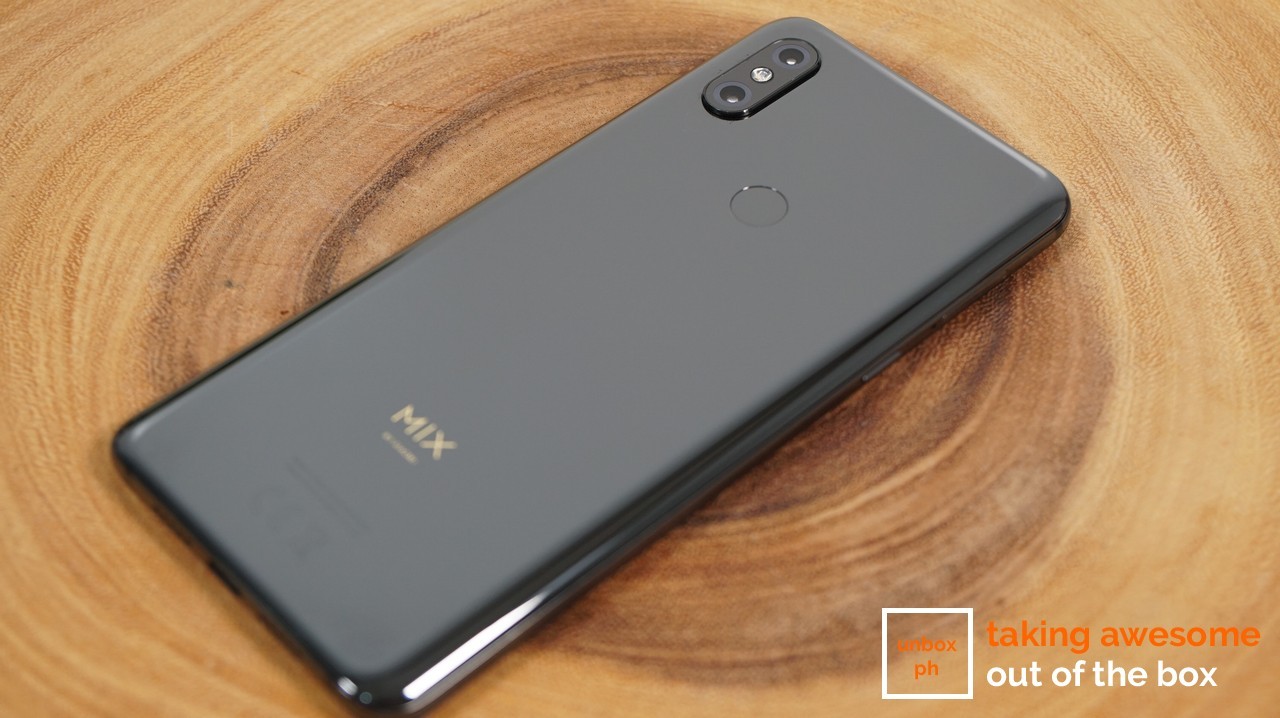 While the sliding mechanism is pretty clever and robust (Xiaomi says the magnets used in the mech can withstand thousands of opening and closing cycles), our review unit had a small bit of play between the two halves. 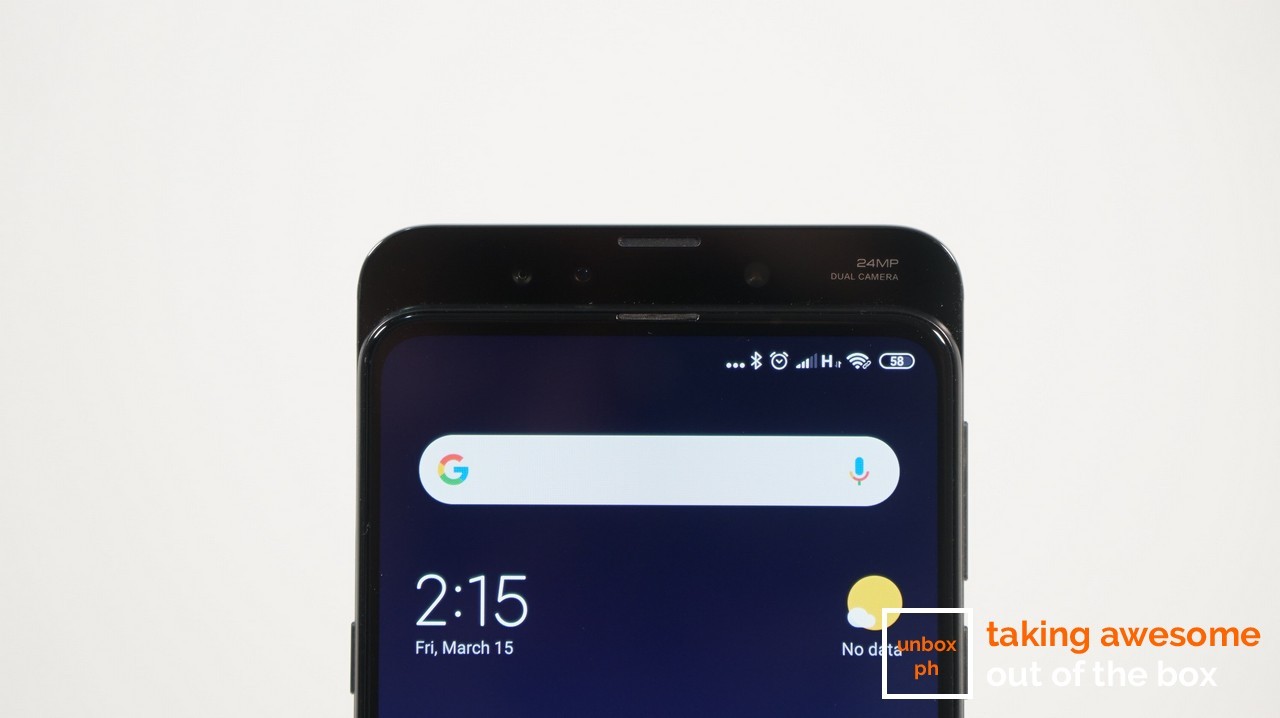 You can only really feel it if you run the phone without its accompanying hard case, pinch the two halves together and then wiggle. The movement is there and it’s quite annoying to be completely honest. This mechanical play is not present on the Honor Magic 2, a similar phone in concept but uses a different butterfly mechanism to move the screen up and down. 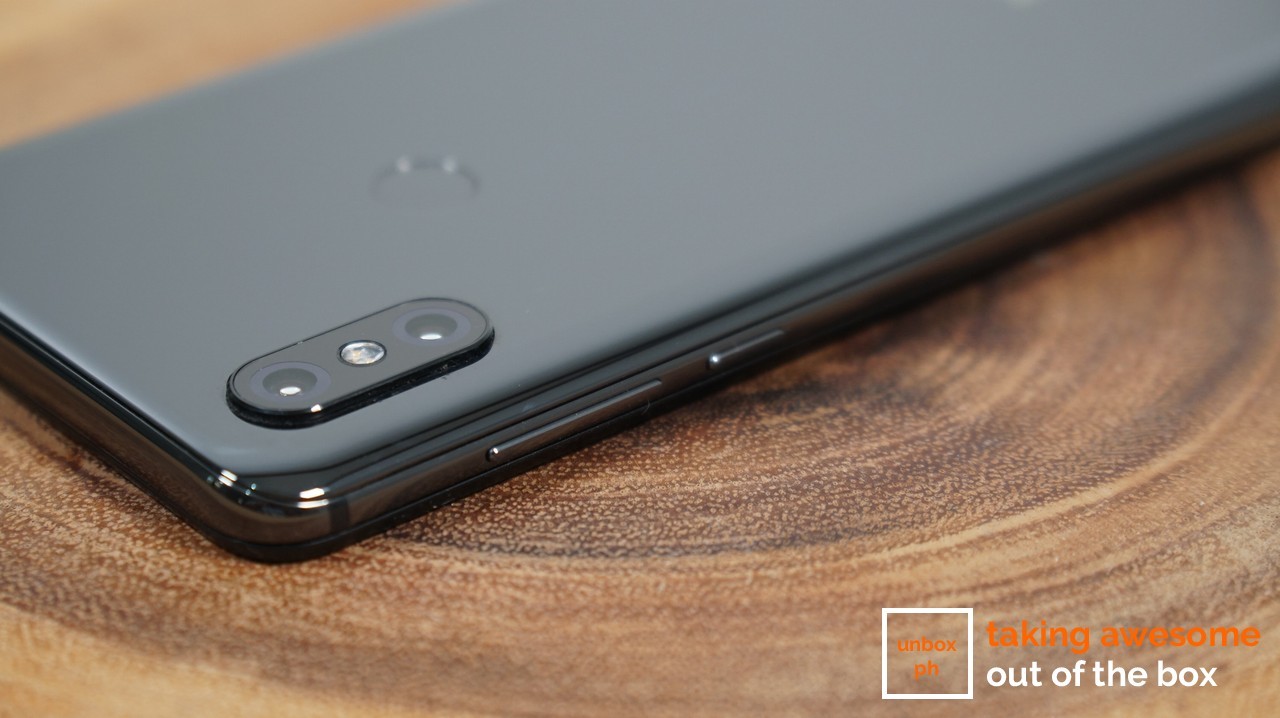 As is the case for most flagships nowadays, the Mi Mix 3 has a glass back, with a slight curve on the sides, top and bottom for better ergonomics. The phone still has a fingerprint scanner on the back. There are two cameras there as well, tucked on the upper left side, stacked vertically. 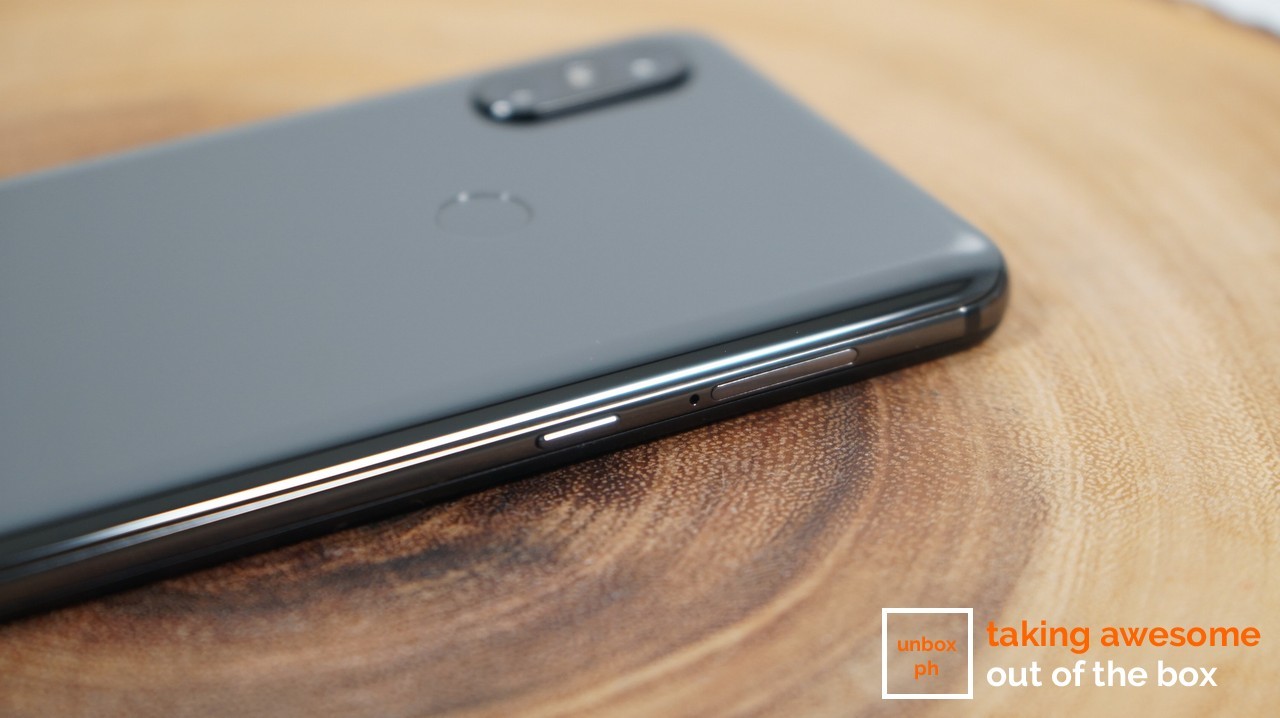 The power and volume buttons are on the right side, while on the left sits the dedicated Google Assistant button. The SIM tray also sits on the left, while the top of the phone holds the ever-present IR blaster. 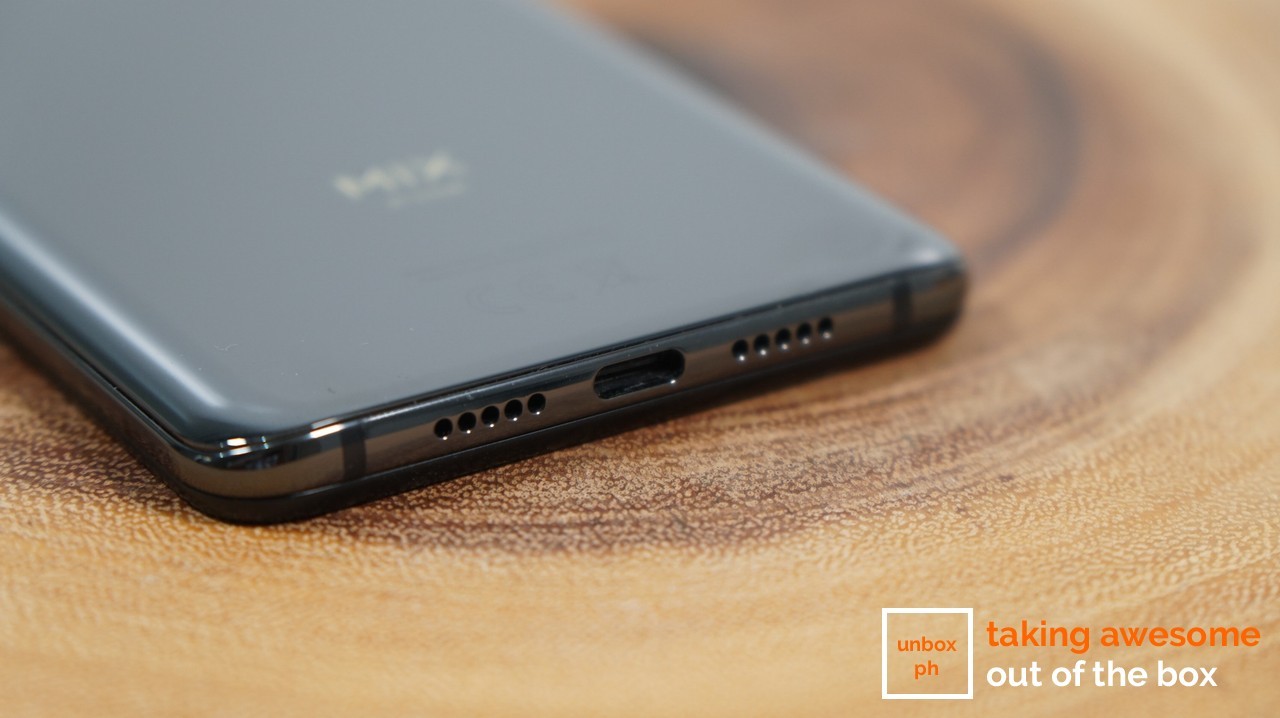 The bottom of the phone holds the USB Type-C connector and the speaker grille. 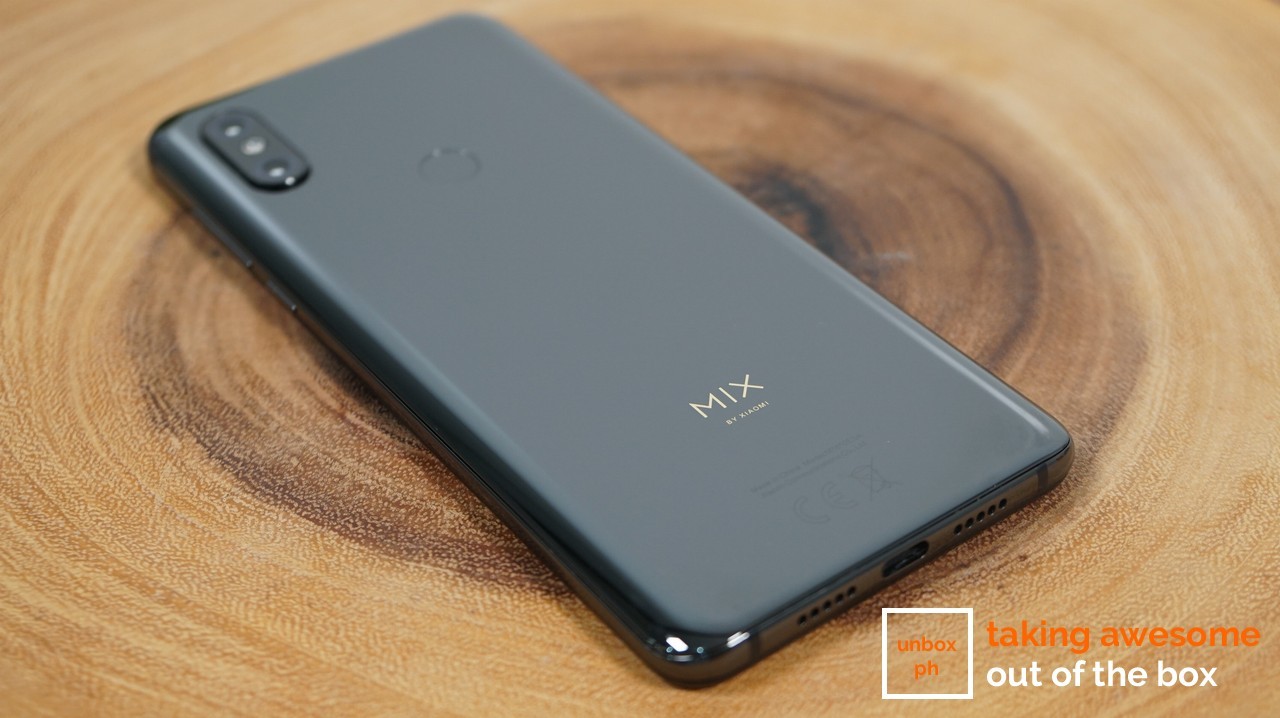 Overall the phone looks and feels pretty premium. That black finish might look a little boring in light of all the gradient-backed phones we’ve been seeing in the market, but black will always be in style, no matter how old your phone gets. Too bad it’ll probably be covered by the included case if only to protect that black finish from the elements. 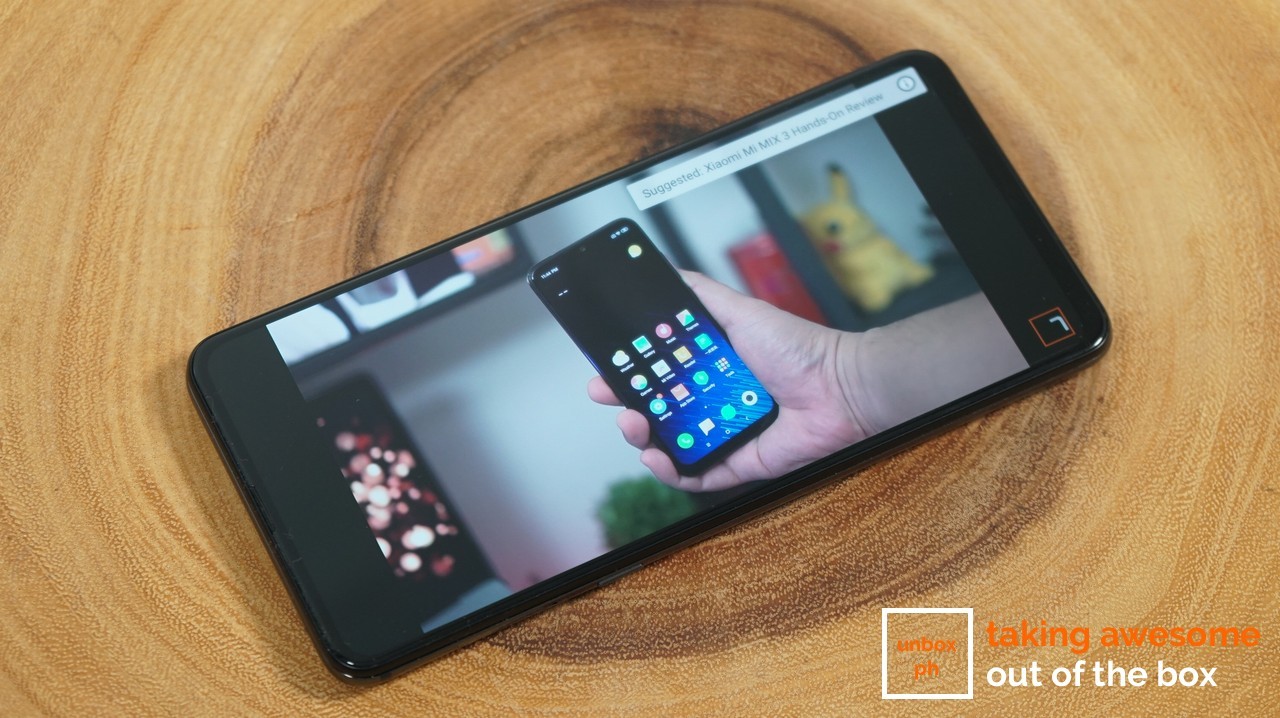 Big, gorgeous display is a joy to use

Since the cameras are hidden on that mechanical hinge, there’s nothing that interrupts or disrupts that beautiful screen.

There are still bezels on the bottom and the side of the phone though, but it’s nothing to worry about, to be honest.

With the Mi Mix 3’s mechanical tricks, Xiaomi has managed to achieve a 93.4% screen-to-body ratio with the phone. Not bad at all.

As for display quality, the Mi Mix 3’s AMOLED panel is bright and punchy, though it’s not as good as the Super AMOLED panels on Samsung’s flagships. Colors look more natural and less punchy on the Mi Mix 3’s display compared to more expensive flagships, which may be good or bad depending on your preference. 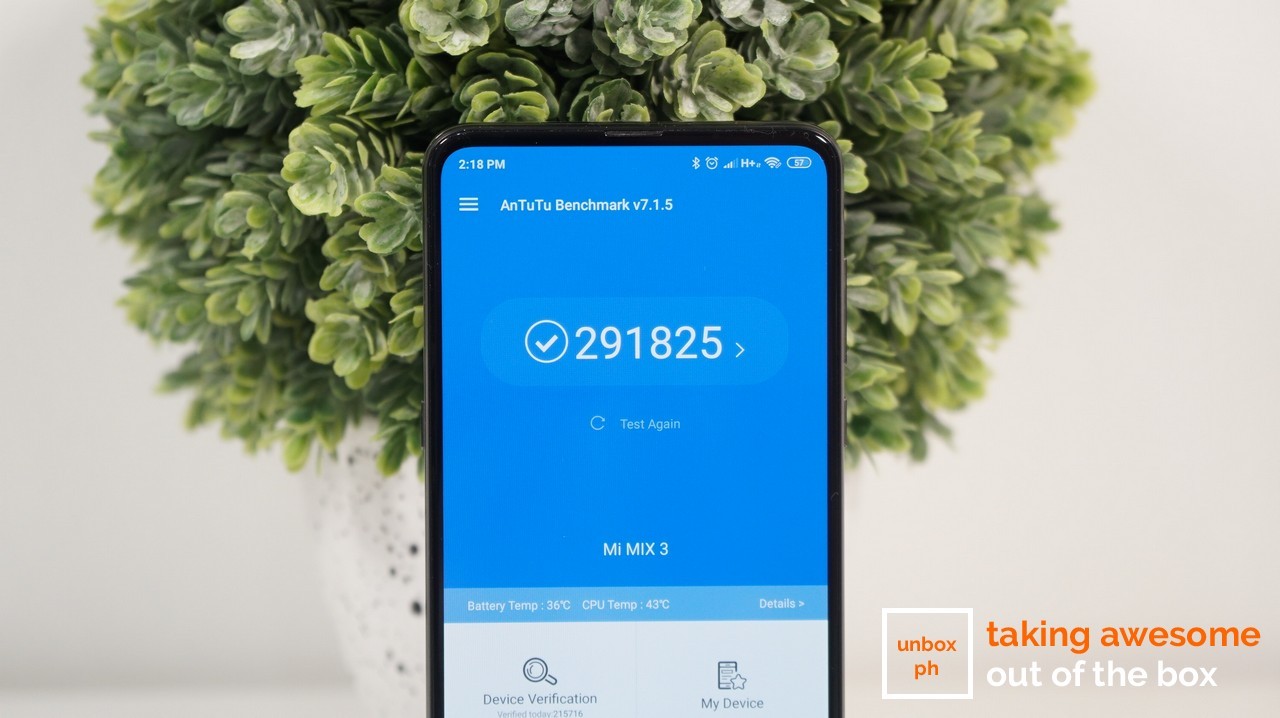 But in all ho,nesty you probably won’t be hurting for performance, as Qualcomm’s Snapdragon 845 chipset was, and is still a beast when it comes to performance.

You’ll still be able to run almost any app available in the Google Play Store without any problems, including the latest games like Asphalt 9. 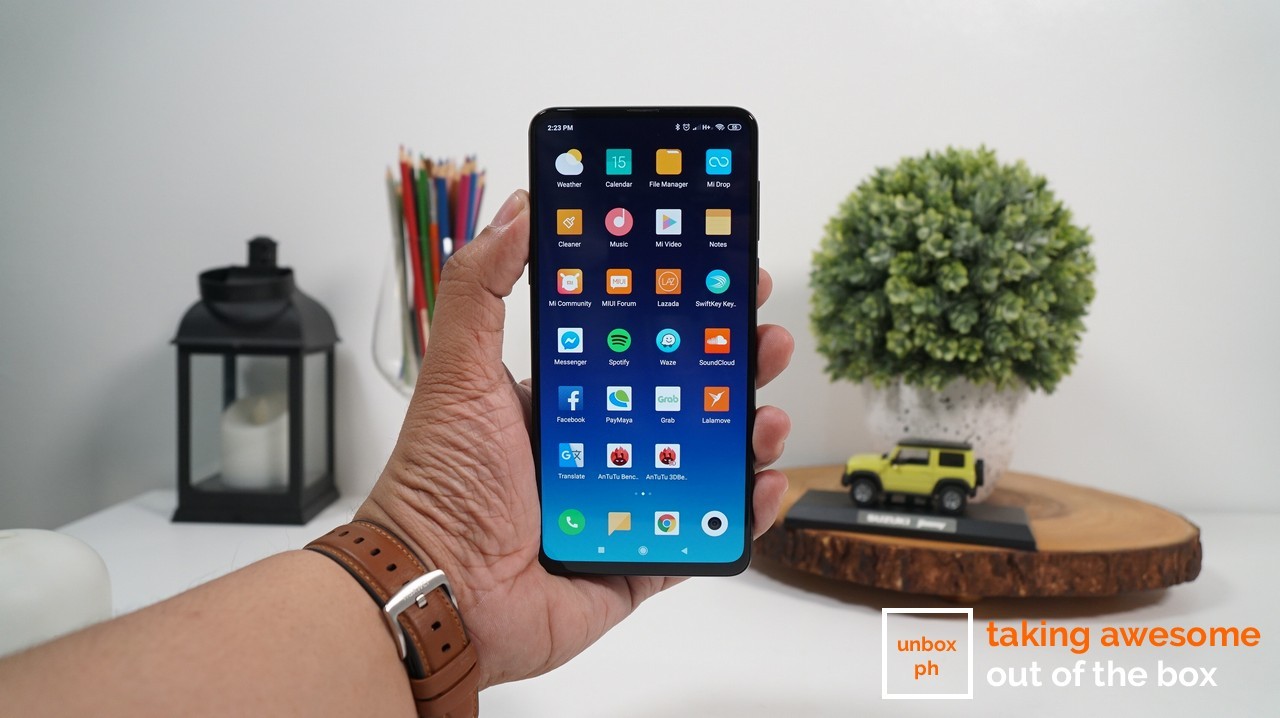 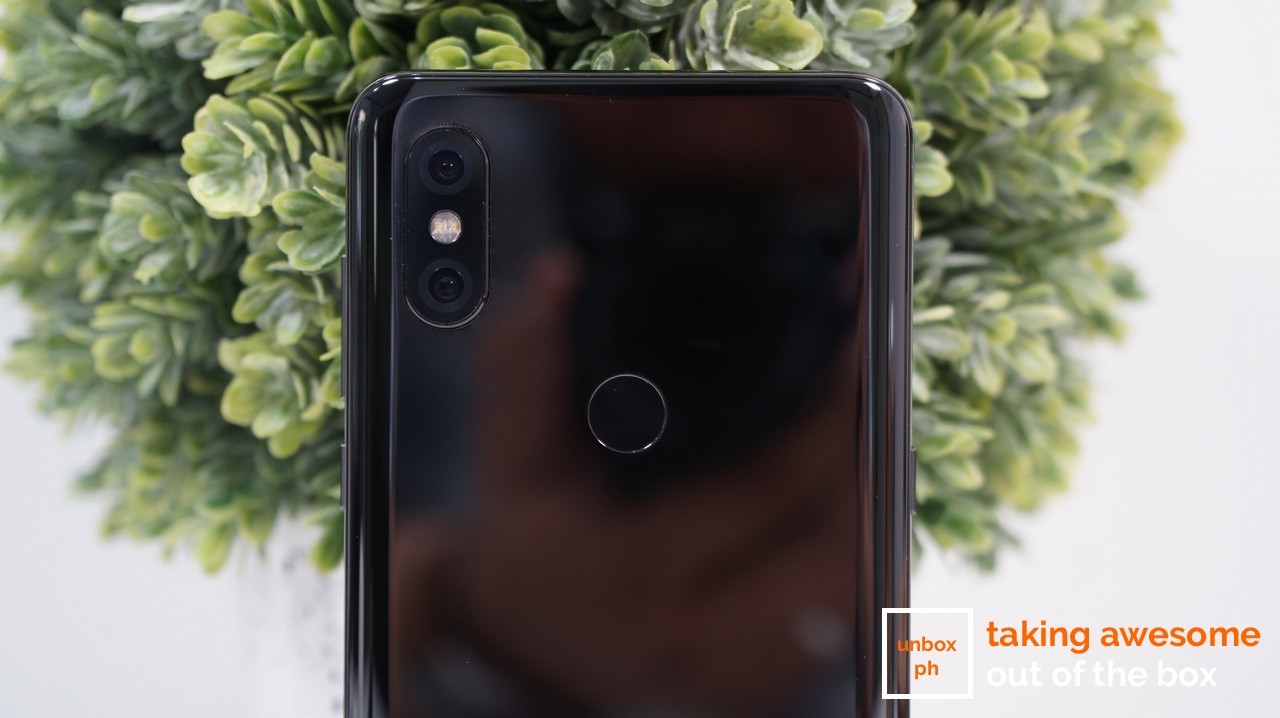 Cameras that perform well enough for the price

The Mi Mix 3 has two 12-megapixel cameras on the rear. The primary wide-angle camera has a IMX363 sensor, f/1.8 aperture lens along with four axis OIS, while the secondary zoom sensor has a Samsung S5K3M3+ 2x f/2.4 aperture lens.

The front camera has a 24-megapixel Sony IMX576 sensor with 1.8-micron pixels and f/2.2 aperture lens and a secondary 2-megapixel camera.

Overall the Mi Mix 3 is able to capture detailed shots in a variety of lighting conditions. There’s an AI capture mode that adjusts the settings of the camera to make images “pop” more depending on what you’re shooting but the camera can still capture great-looking photos without it.

The long and short of it is that the Mi Mix 3 certainly lives up to its DxOMark ranking, and while we’d prefer an ultra-wide angle camera in place of the 2x optical zoom lens the shooters on the phone is certainly up to the task of capturing good-looking images.

Battery is ok but not great

Probably our biggest gripe with the Mi Mix 3 is its small-ish battery capacity. Thanks to the sliding component on the body, the Mi Mix 3 has to make do with a 3,200mAh battery.

While PCMark failed us on our benchmark run, we got around a day’s worth of battery with moderate use out of the small-ish battery of the Mi Mix 3 with around 10% left at the end of the working day.

Thankfully there’s quite a few ways to get the Mi Mix 3 back into the fight once the battery turns red. It has fast charging tech thanks to Qualcomm’s QuickCharge tech, as well as wireless fast charging via the Qi standard. Even better, Xiaomi throws in a wireless charging pad with each purchase of the Mi Mix 3, so you don’t have to contend with wires when you want to top up the phone before heading out of your home or office. 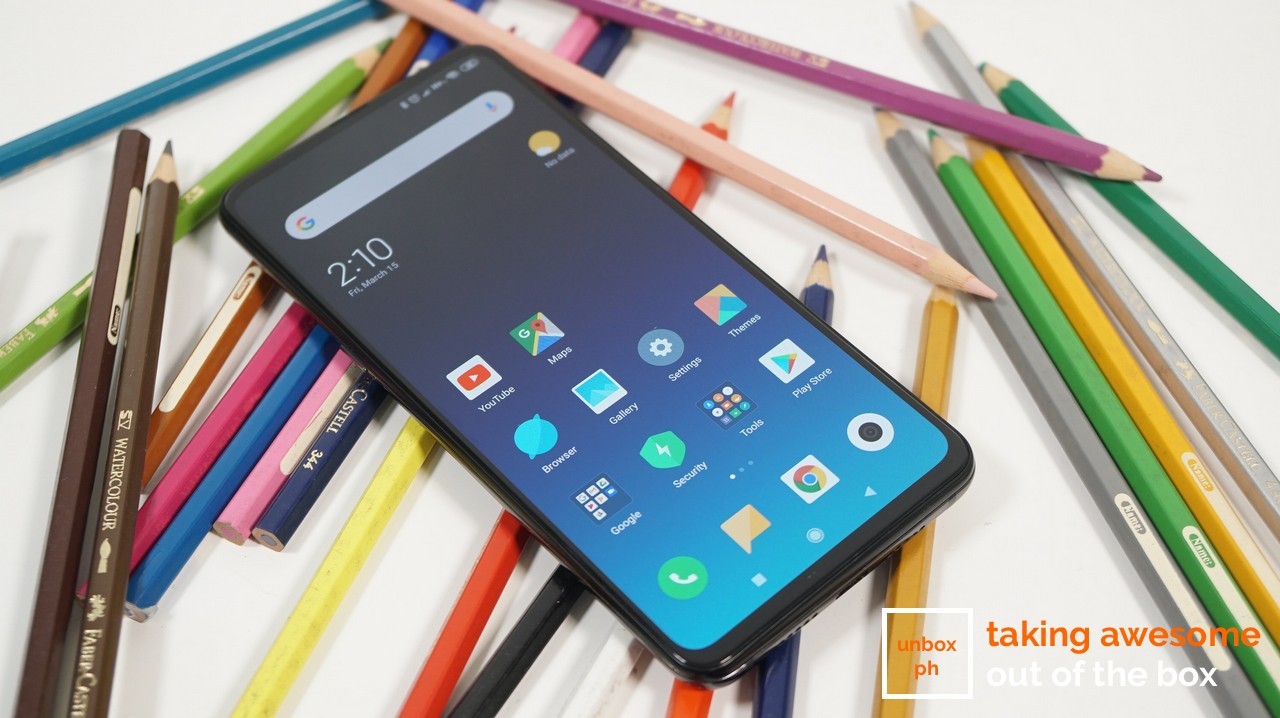 Verdict: A great, cheap way to get an all-screen phone

That annoying play between the two halves aside, Xiaomi’s flagship slider is a pretty good buy if you’re looking for a device that delivers an all-screen experience for not much money.

You’re getting a solid all-round flagship as well as a phone with a large display, along with hardware that’s capable of handling almost all apps and games currently out in the market.

Samsung to Supply OLED Panels for the P30 Pro

The Redmi 7 Aims to be the New Budget Phone King 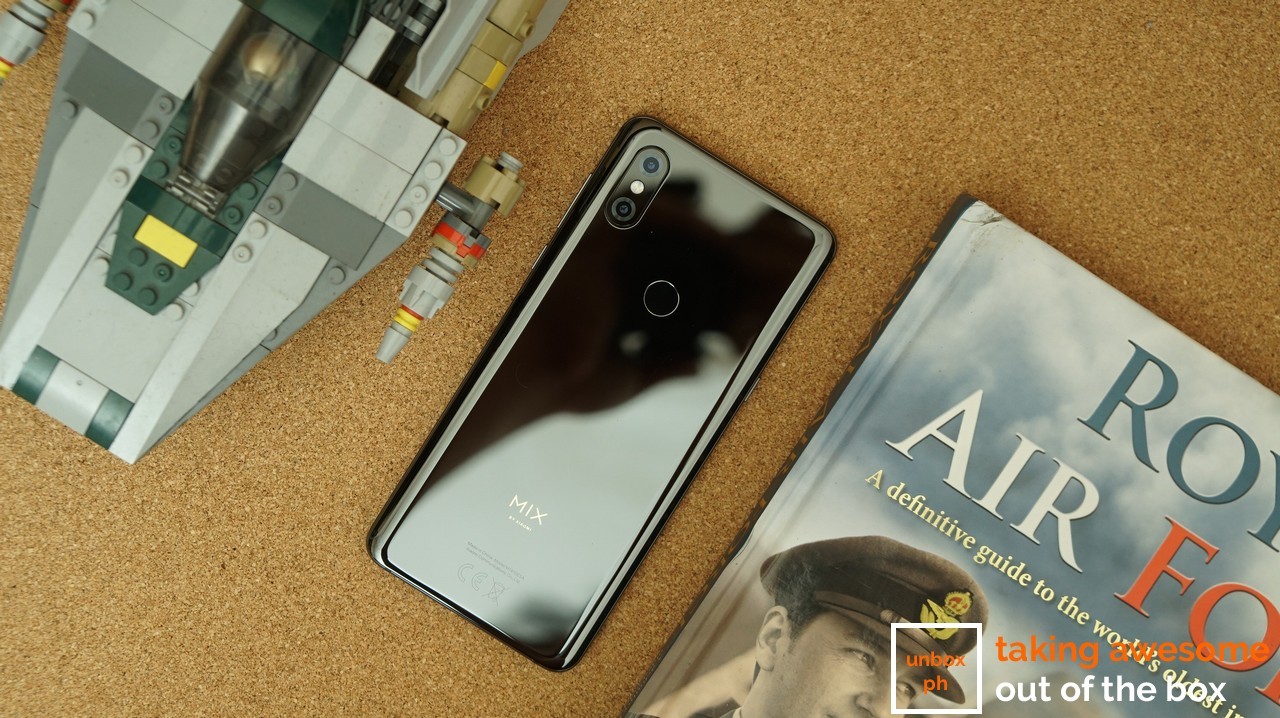 The Official PH Price of the Mi MIX 3 is Tempting