This weekend we didn’t have any major plans so we decided to just bunker in and do a couple of movie and TV series marathons. Using the gadgets at our disposal we attempted to transform our living room in our condo into some sort of home cinema so we could lazily and comfortably enjoy the entire Saturday just chilling. After a lot of re-arranging and testing, everything finally came together and as we write this we’re already on the second Harry Potter movie (out of 7)!

If you noticed there are two Audio Engine speakers on the opposite sides of the sofa. On the leftmost side there’s the crown jewel of this set-up, the Epson TW6600 Home Projector. The speakers are connected to the projector.

To be able to project properly we cleared out the 55-inch Devant LED TV on the opposite side. Here’s a photo of where we plan on projecting. The light coming from the window was potentially a problem but that shouldn’t be an issue with the Epson TW6600 Home Projector.

Next we had our super cute Scottish Fold pet cat named Rumfold sit beside us. For some reason this cat loves to watch movies when we use the projector. This is the cute and cuddly cat part of the title, hehe.

We then fired up iFlix on our MacBook Pro and connected it to the projector via HDMI. We were planning on initially connecting the ChromeCast or the AppleTV to the projector but we forgot that we left both gadgets at the office. Ideally though everything should be wireless.

Despite the direct sunlight hitting the wall, the projector was able to deliver superb video quality. We were actually super surprised because from experience projectors really fail when there’s a lot of light in the room, much more when the light is squarely focused on the surface on where you’re projecting. Epson hit a home run with this projector and it’s definitely a must-have for people who want to set-up their own home cinema systems.

As we mentioned earlier, we (humans in the living room) are not the only ones happy about this set-up. Check out Rumfold in the photo below. He sat through the entire first movie of Harry Potter!

And that’s a wrap. We’re pretty much set to just waste away the next two days of our lives being a couch potato. Hope you all have a great weekend! Cheers! :)

Huawei Teaming Up With Google for New Nexus Smartphone, App Store In China 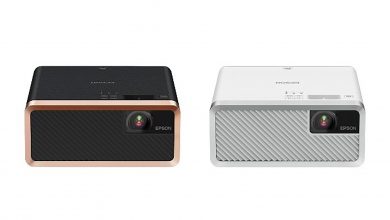