Alienware’s Concept UFO Is A Nintendo Switch, But For PC Gamers 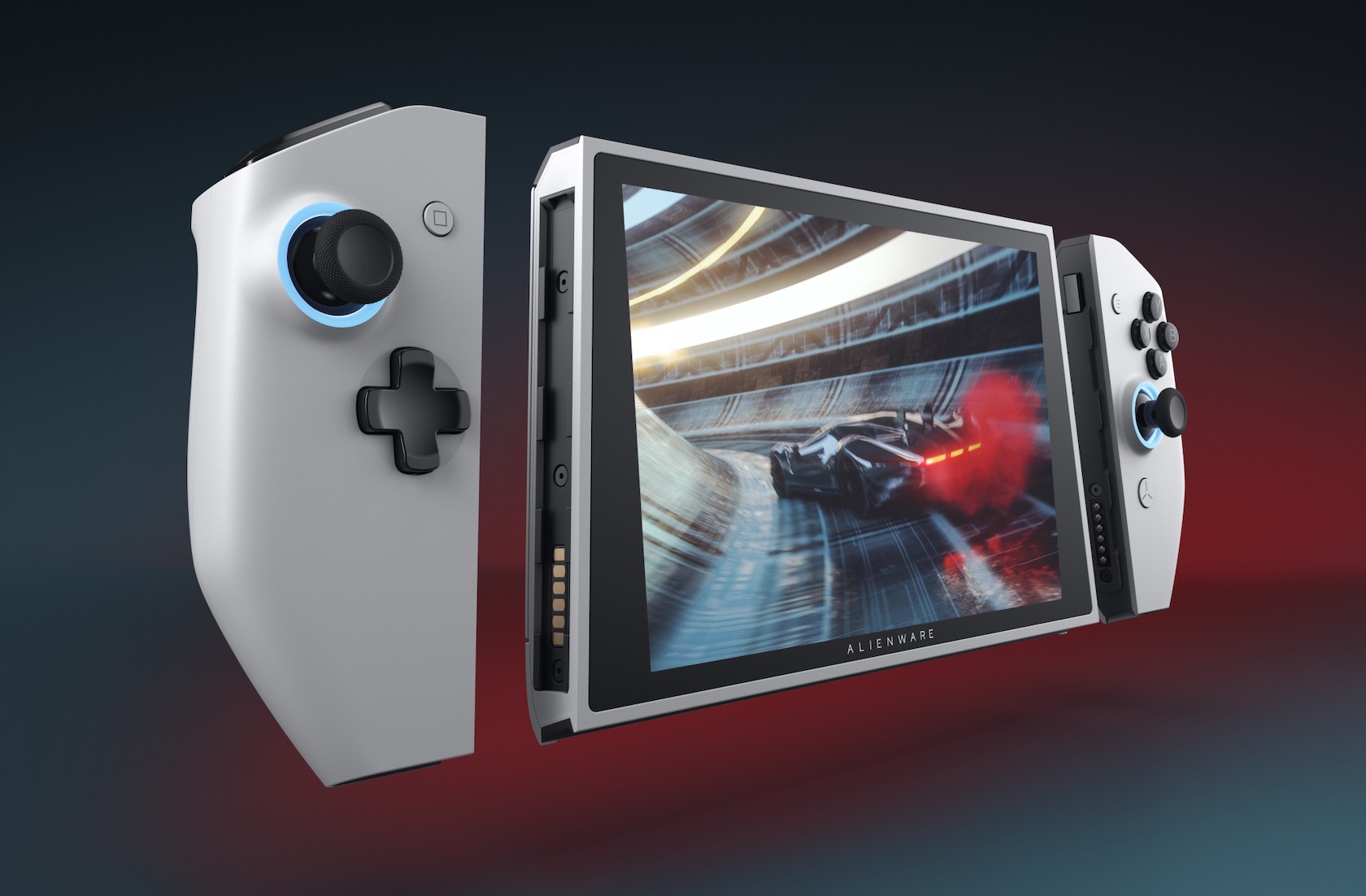 It’s hard not to make Switch references when you see Alienware’s Concept UFO prototype. The form-factor, detachable controllers and similar use cases simply scream Nintendo Switch, but with PC-gamer hardware. 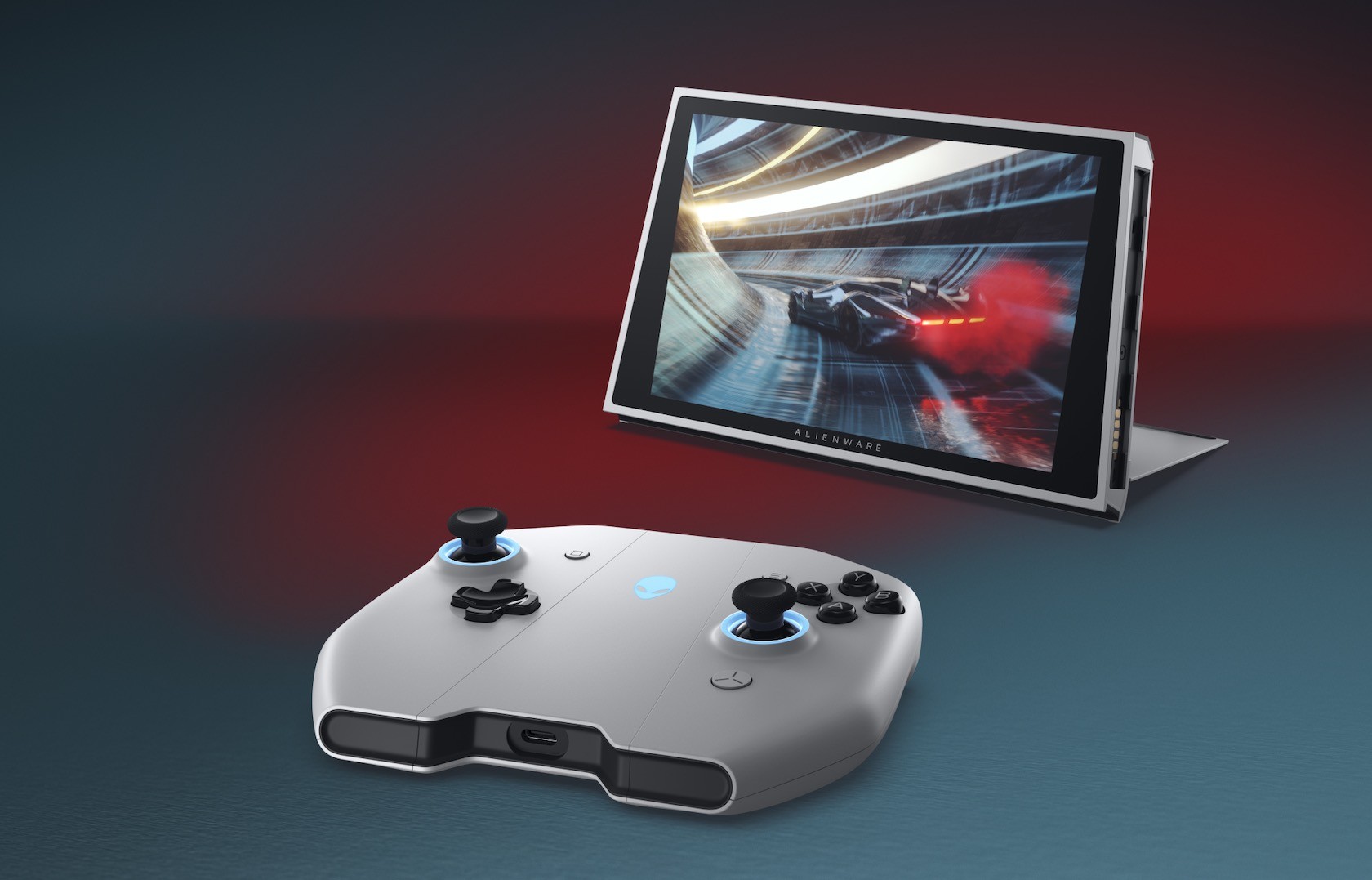 Just like the Switch, Project UFO has several parts: the main device which houses all the important bits including an 8-inch, full HD display, two detachable controllers that can be removed from the tablet and a hub, which allows both controllers to be fused together and be used as a standalone device. 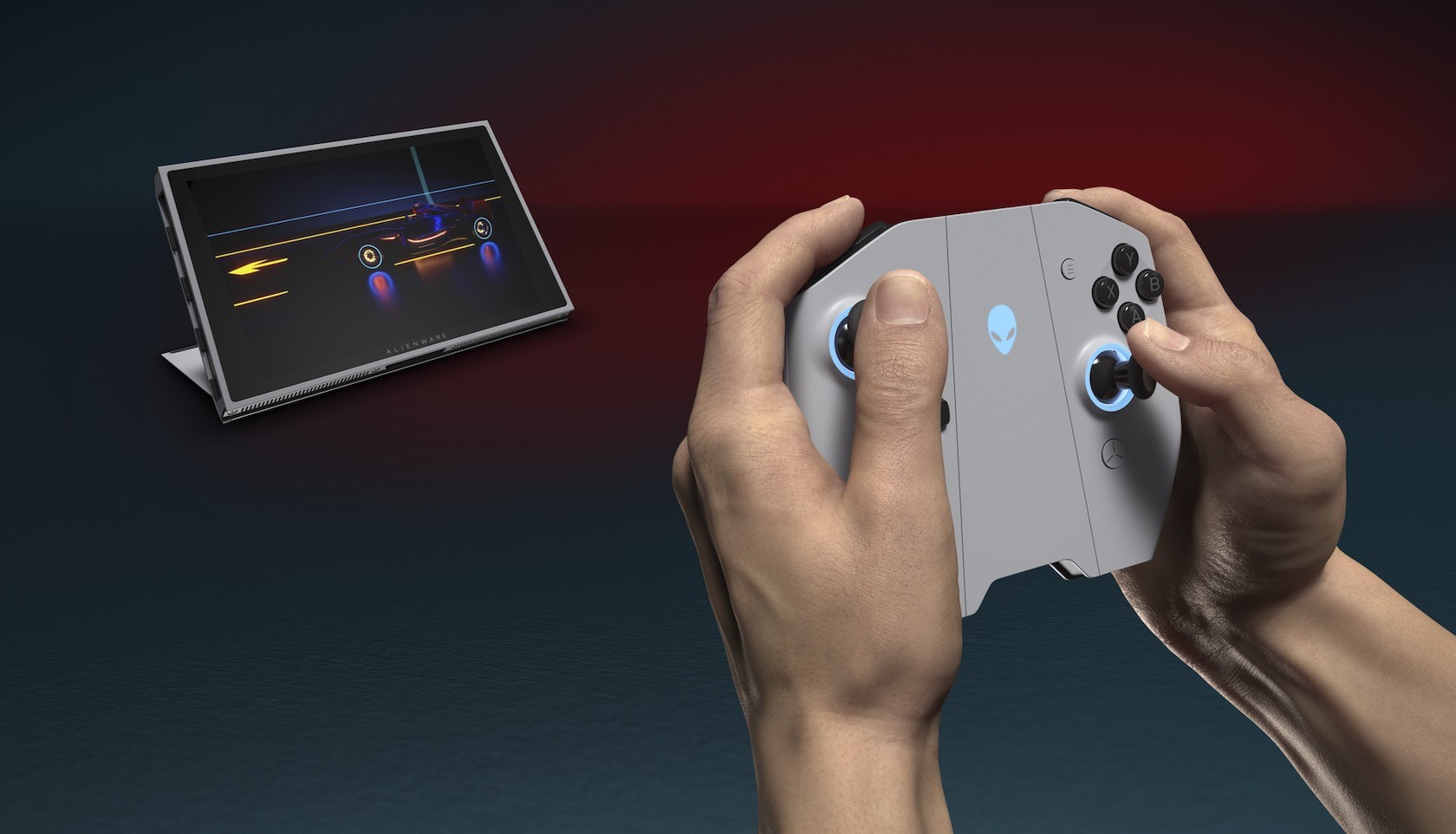 While Alienware’s iconography is slathered on the slate, its overall look and ergonomics look close to that of a Nintendo Switch. A chunkier, bigger Switch, but a Switch nonetheless.

There’s a great deal of potential for Alienware’s Concept UFO, but there’s still a lot that’s not known about it. Dell hasn’t announced what hardware is running under the hood, or what kind of battery life it’ll have. PC gaming, unfortunately, is a very power-hungry affair – processors and GPUs that have the ability to run games in acceptable resolutions with high settings typically require quite a bit of power. That’s why most ultra-thin gaming PCs still require you to be plugged in to be able to play games normally.

Dell hasn’t said if Concept UFO will ever turn into an actual product, or if it’ll stay just as a one-off device.