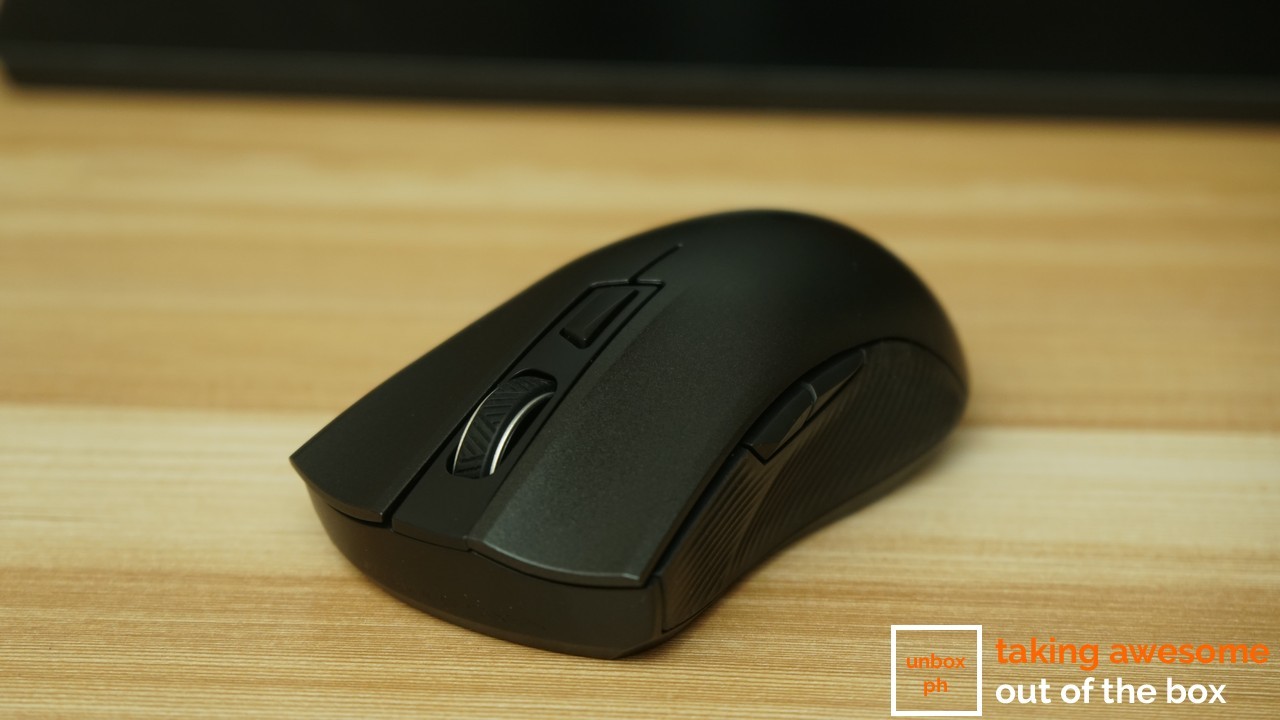 Small, portable wireless mice aren’t usually what people look for when shopping for a gaming mouse, but there have always been times where I was traveling with a powerful-ish notebook and wished I had a proper wireless gaming mouse with me that wouldn’t take up a lot of space in my bag.

Apparently, ASUS thinks there’s enough of a market for gaming-grade mini mice and has released the ROG Strix Carry for people who want to squeeze in a few rounds of DOTA in between meetings. 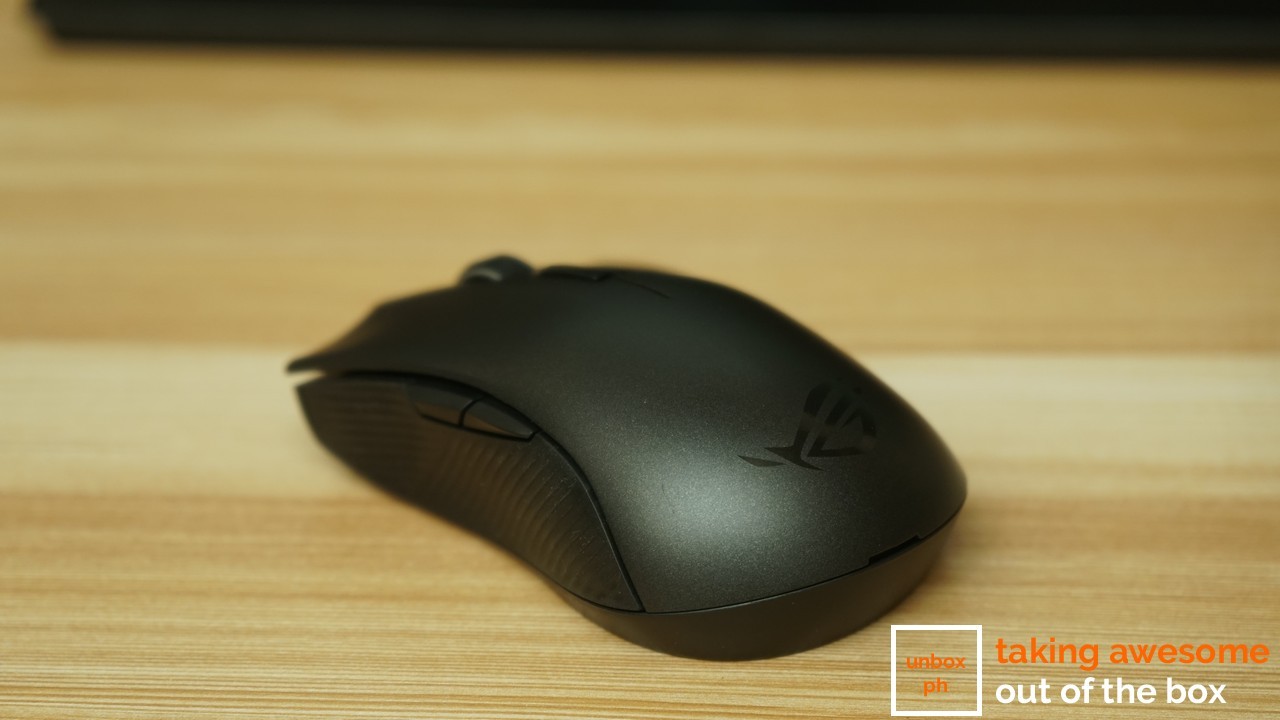 Made to blend in

While a majority of the mice in the ROG Strix lineup have RGB lights crammed into every available orifice, the Strix Carry is a little more reserved. There’s only a single LED indicator located on the button at the top near the scroll wheel, and even the ROG logo which is usually bright red is subdued and barely visible.

The low-key design of the mouse isn’t an accident, as ASUS designed it to blend seamlessly in a corporate setting. 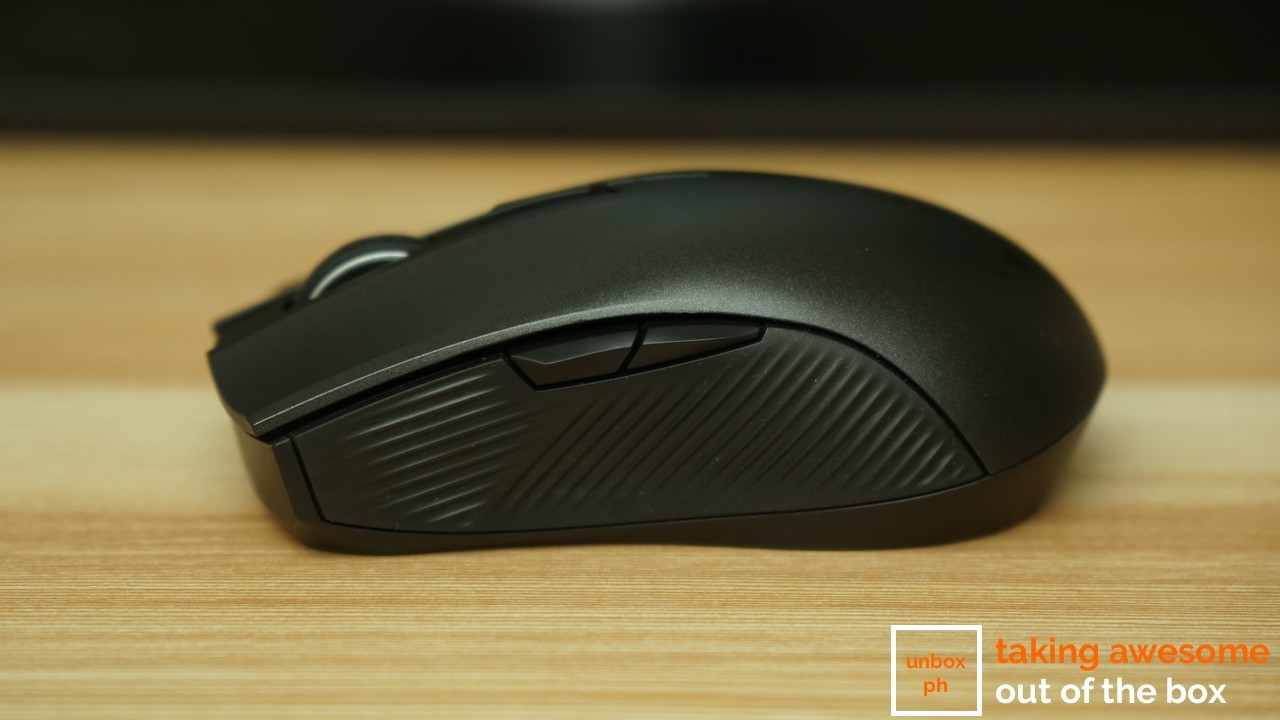 There are a total of six buttons on the ROG Carry: there’s one in the scroll wheel, the DPI switch right below that, two customizable switches on the left side along with the left and right mouse button. 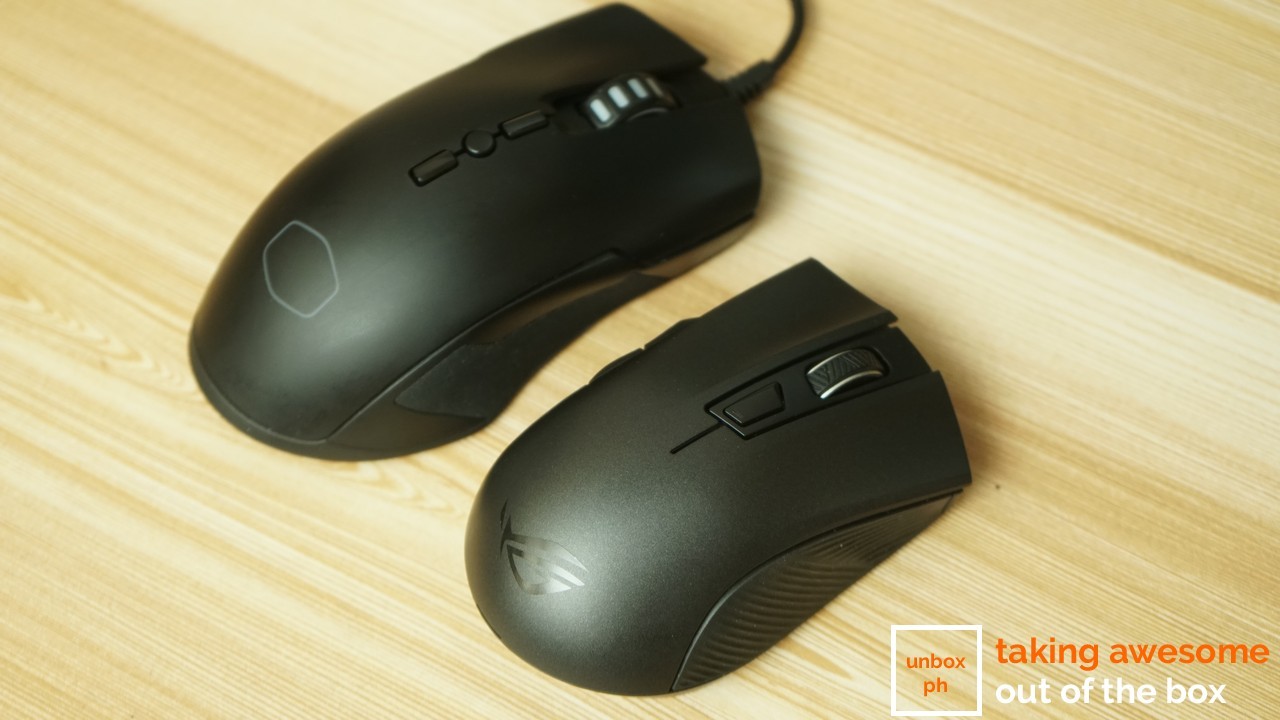 Since the Strix Carry is a mini mouse it’s smaller than your usual gaming mouse, measuring in at just 101mm lengthwise. 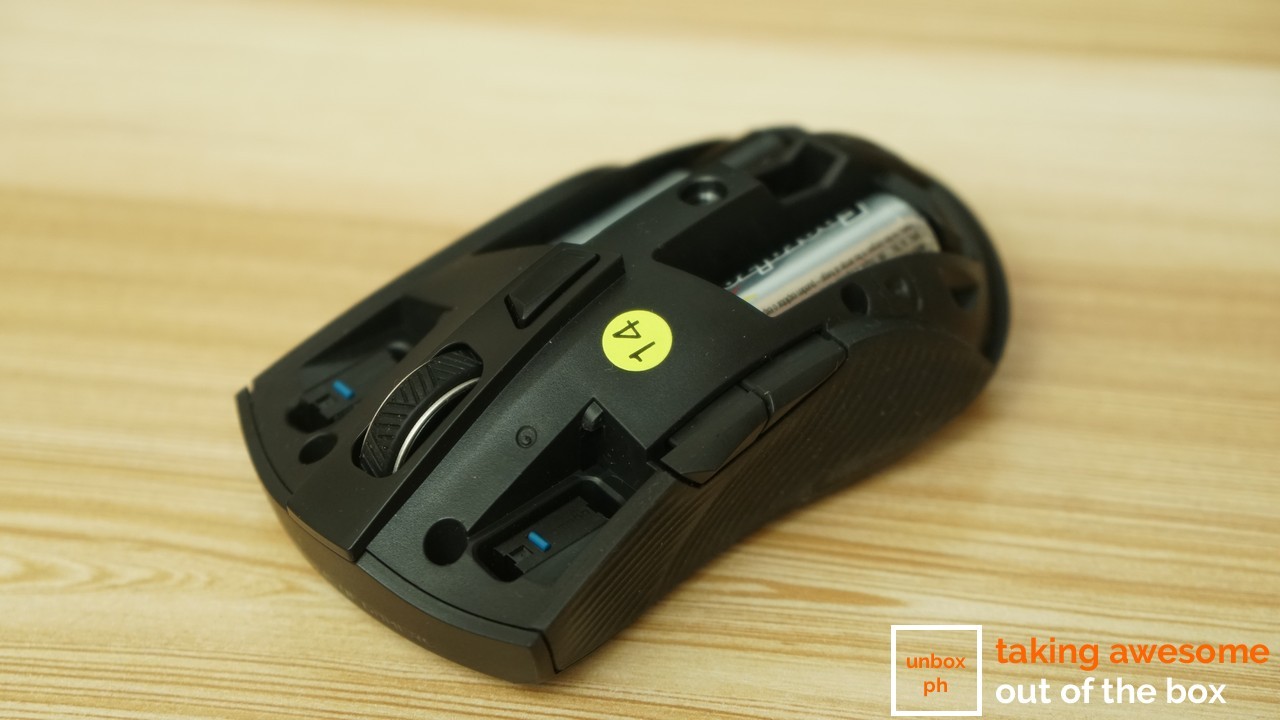 A durable plastic shell protects the innards of the Strix Carry, and prying that open reveals the battery compartment for two AA batteries as well as the 2.4GHz USD dongle, its storage compartment as well as the two removable 50mm Omron switches. 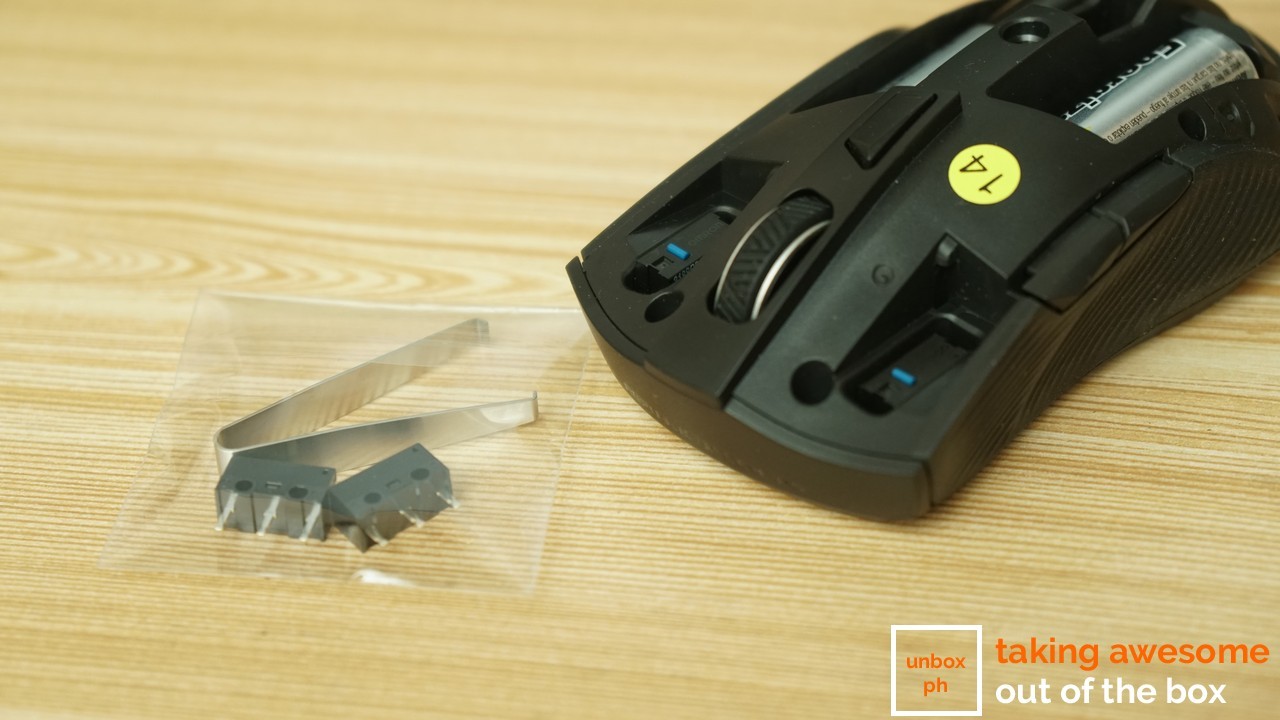 One thing we really like about ROG mice is the fact that their switches can be swapped out if they wear out. In fact, ASUS throws in two spare Omron switches with the carry, along with a nice carrying pouch to protect it while it’s in your bag. 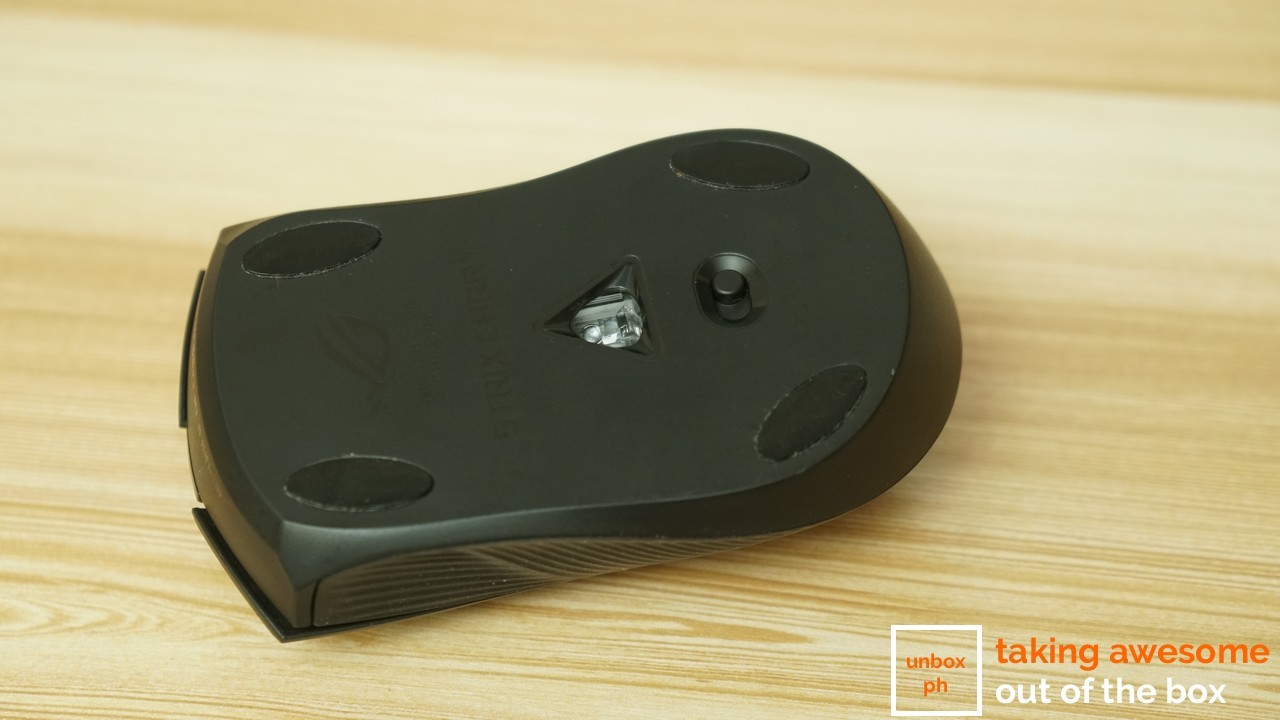 Since the Strix Carry is expected to pull double duty when it’s in your bag, ASUS put in two function modes for the mouse. You can use the Strix Carry in Bluetooth mode, which extends the life of the battery to 400 hours. The mouse polls slower in Bluetooth mode to save power and is meant for day-to-day use (you probably don’t need ultra-fast response times when you’re using Excel or Word).

Once work is done and you want to unwind a bit in online matches, all you have to do is plug in the 2.4GHz RF dongle and switch to RF mode for maximum performance.

In RF mode you’ll be able to take advantage of the 7200 DPI resolution of the PMW3330 optical sensor in the Strix Carry, as well as the 150 IPS tracking speed and 30G max acceleration capabilities of the mouse.’ 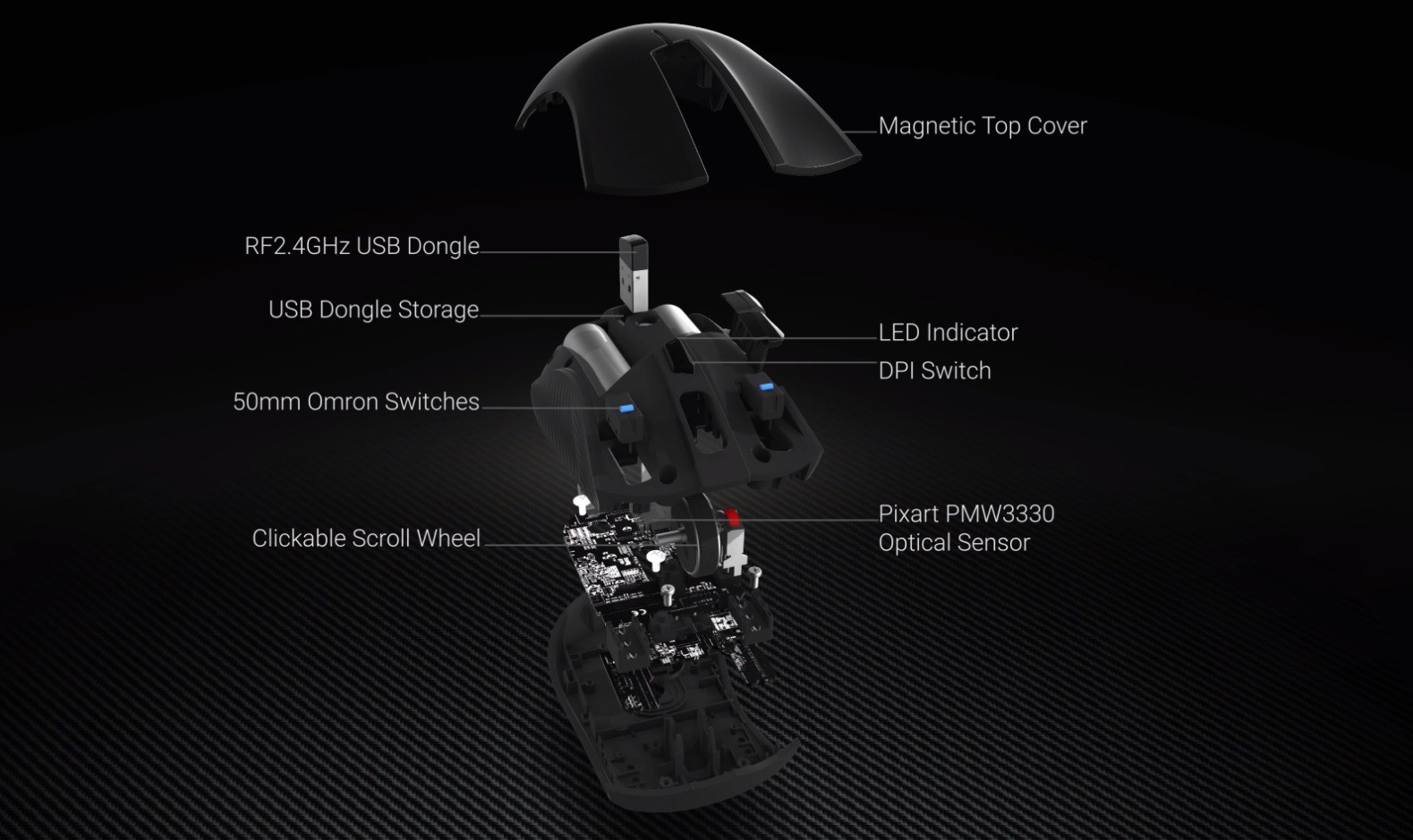 So how is the Strix Carry in actual use? It’s pretty good. One thing that some people may complain about is the weight of the mouse – at 120G with batteries, it’s not great but not terrible.

Because of the size of the mouse only claw and fingertip grip styles are comfortable to use with it. People with smaller hands may be able to comfortably use a palm grip with the Strix Carry but most hands are way too big to be able to palm grip this thing properly. 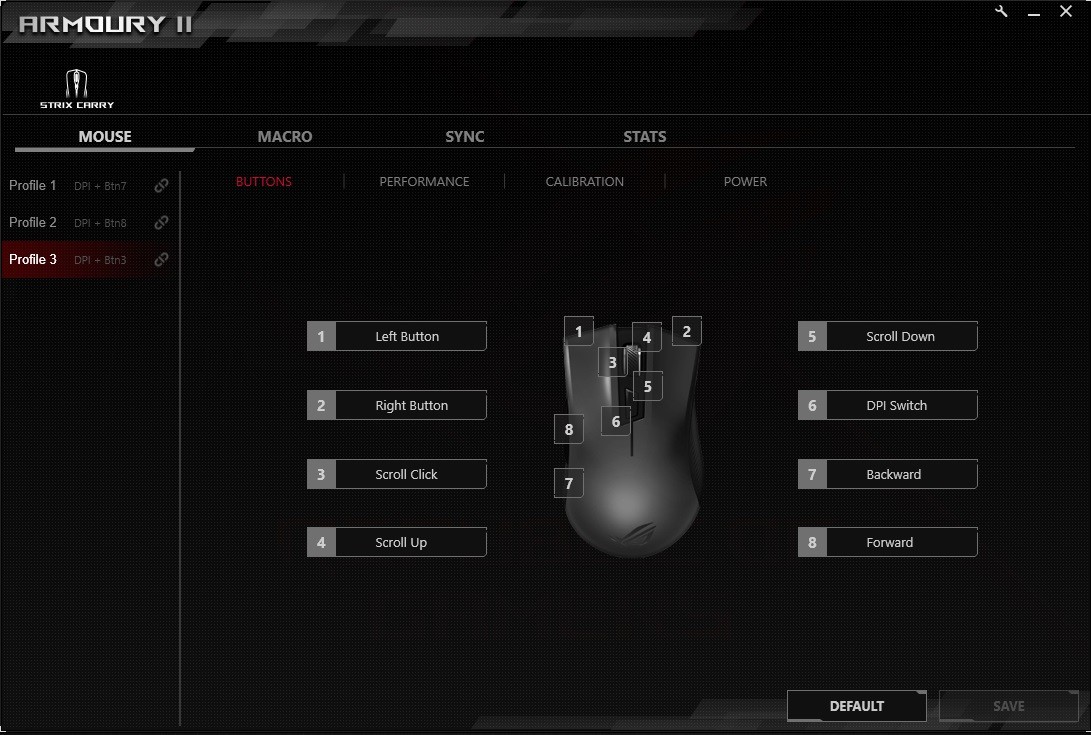 As for gaming, the Strix Carry fared reasonably well after we adjusted to its size. It glides across my aluminum mousepad quite easily, though twitchier gamers may not like the fact that mouse is so heavy, which makes sudden flicks a bit harder to do because of the added momentum conferred by the weight. 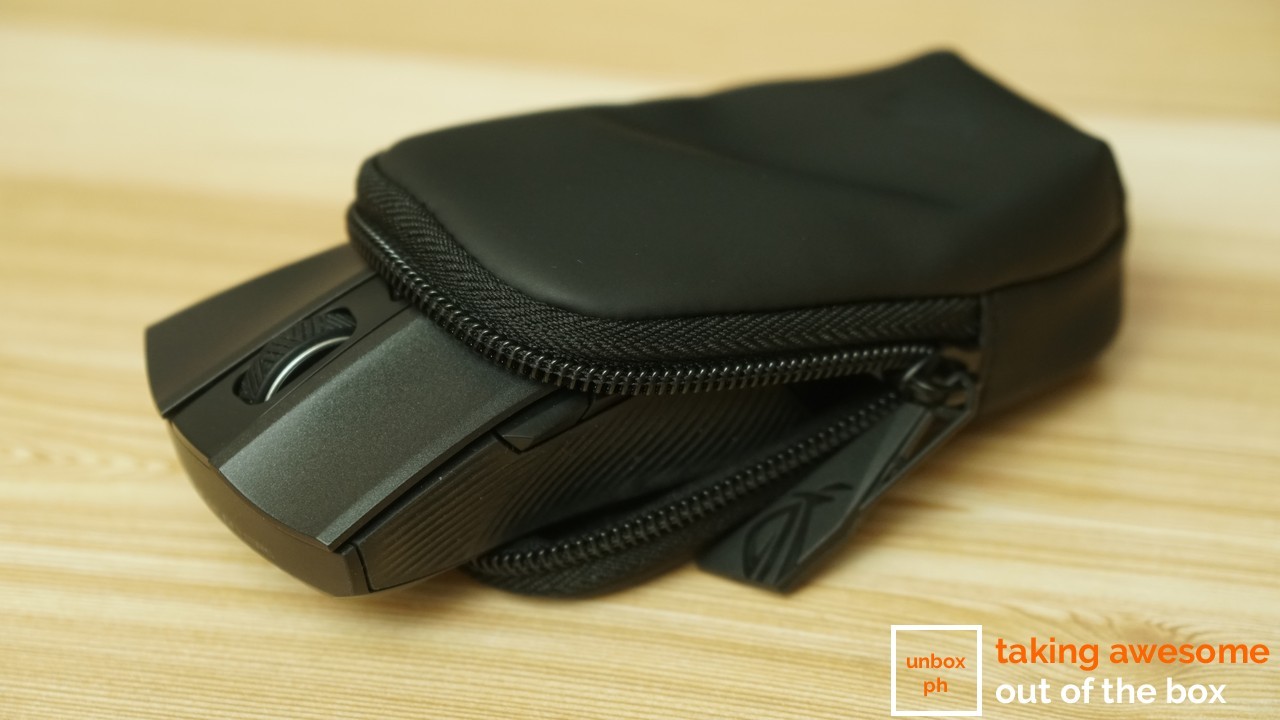 Just like other ROG products the Strix Carry can be customized via ASUS’ Armory II software suite. 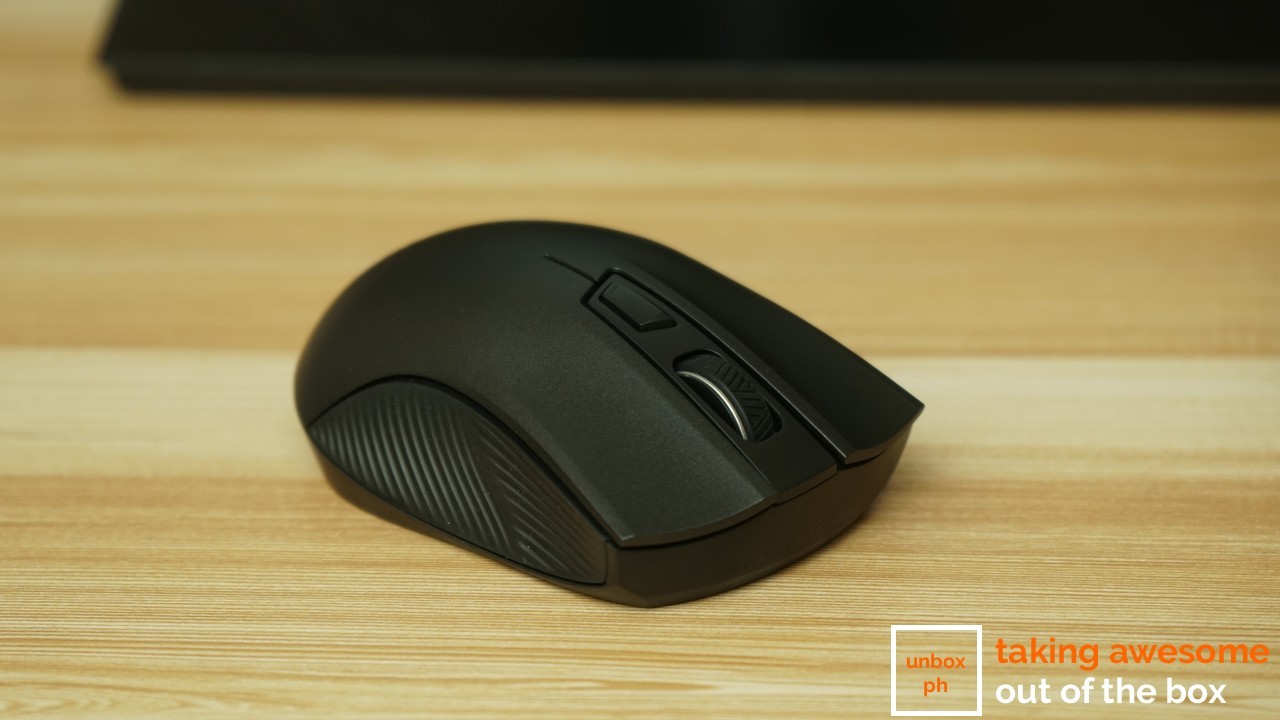 Verdict: A little pricey, but worth it

If you’re looking for a mouse that’s small enough to fit in your pocket but has gaming chops to perform in online matches after quitting time, then ASUS’ ROG Carry is for you.

It’s a little expensive though, retailing at Php 3,300 but if you’re really looking for a compact gaming-grade wireless mouse, you can’t do any better than the ROG Strix Carry.

Google Will Now Let You Auto-Delete your Location History