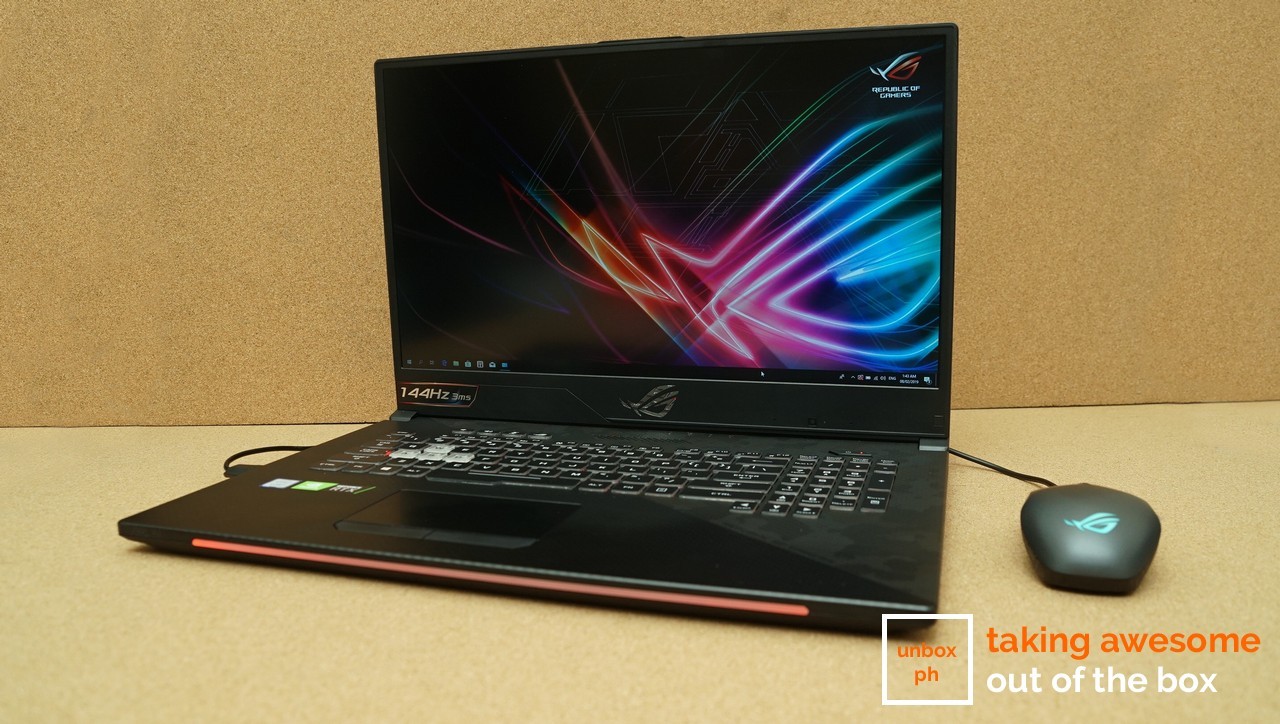 We take ASUS’ RTX-equipped notebook out for a spin!

After NVIDIA announced that their new Turing-powered RTX GPUs were coming to notebooks, it was only a matter of time before one landed in our laps. And unsurprisingly, the first RTX-powered notebook in our hands this year comes from ASUS. The newly refreshed ROG Strix GL704GV SCAR II looks quite familiar to the notebook we reviewed a few months ago, though inside it beats quite a different beast.

The ROG Strix GL704GV SCAR II is a refreshed version of the notebook launched last year, this time with NVIDIA’s latest Turing-equipped RTX 2060 GPU. Yes, the same RTX 2060 GPU that managed to deliver impressive numbers for us in its desktop form when we reviewed it a few weeks ago.

Aside from the new GPU, the ROG Strix GL704GV SCAR II looks pretty much identical to the model that was launched last year and still sports the same gaming enhancements that made it a hit with hardcore FPS players. 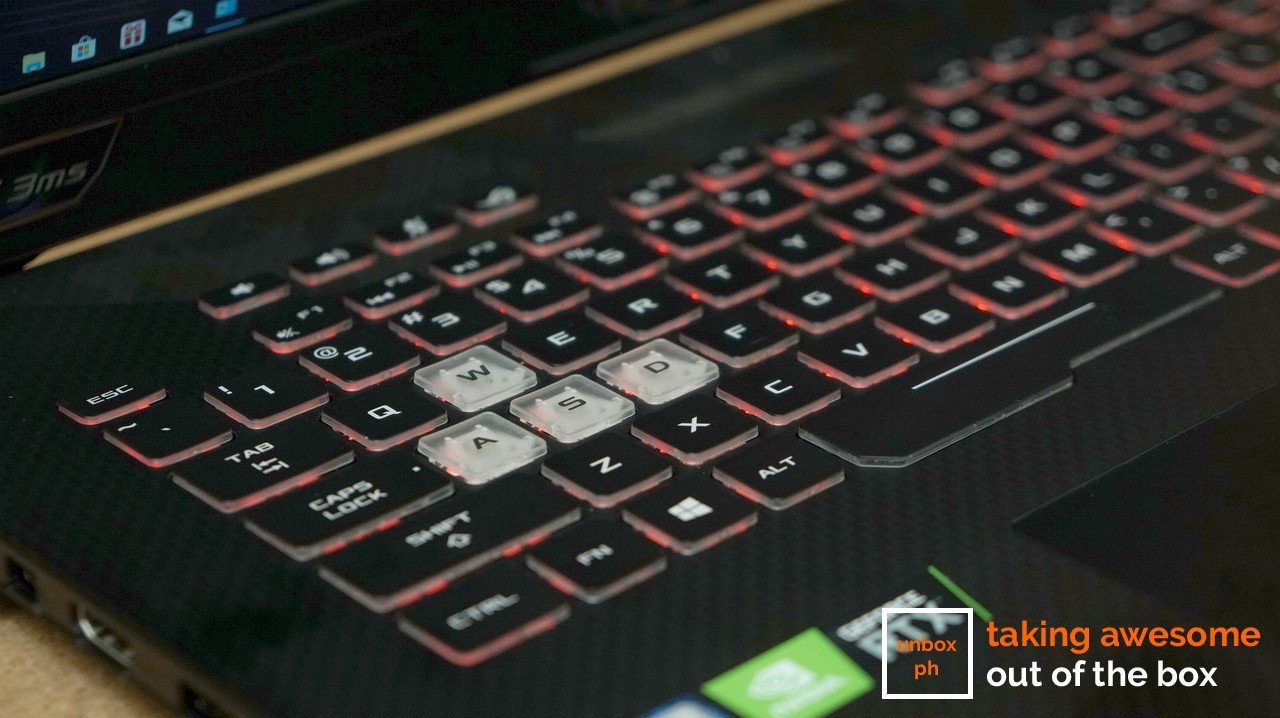 Pretty much par for the course for gaming notebooks nowadays. We’ve never been a fan of RGB lights, and unfortunately (or fortunately depending on your tastes) the ROG Strix GL704GV SCAR II has tons of customizable LED lighting everywhere. It’s on the ROG logo that’s stuck on the lid, the keyboard, as well as the big, LED light bar at the bottom of chassis. 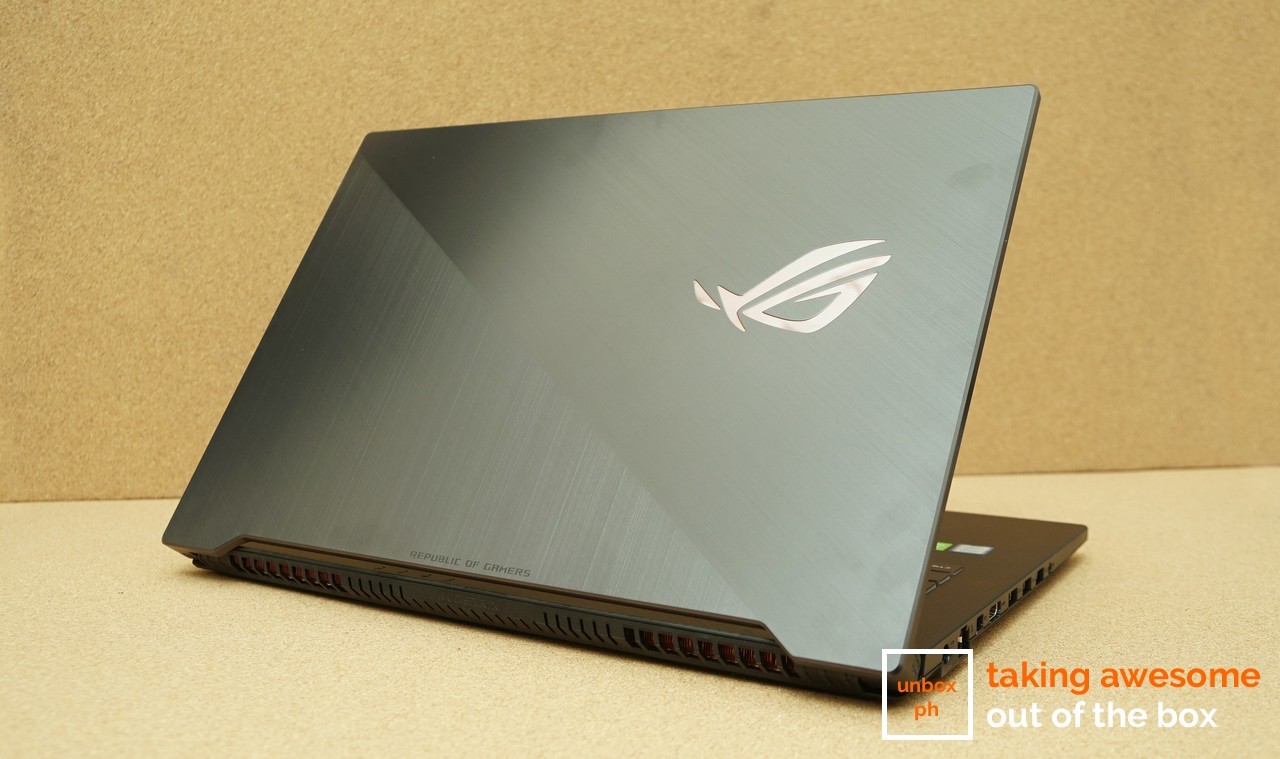 The overall design of the notebook isn’t bad (if you discount the RGB lights), and invokes some of the industrial design that the Taiwanese company implemented in their Zephyrus line of thin and light gaming notebooks. 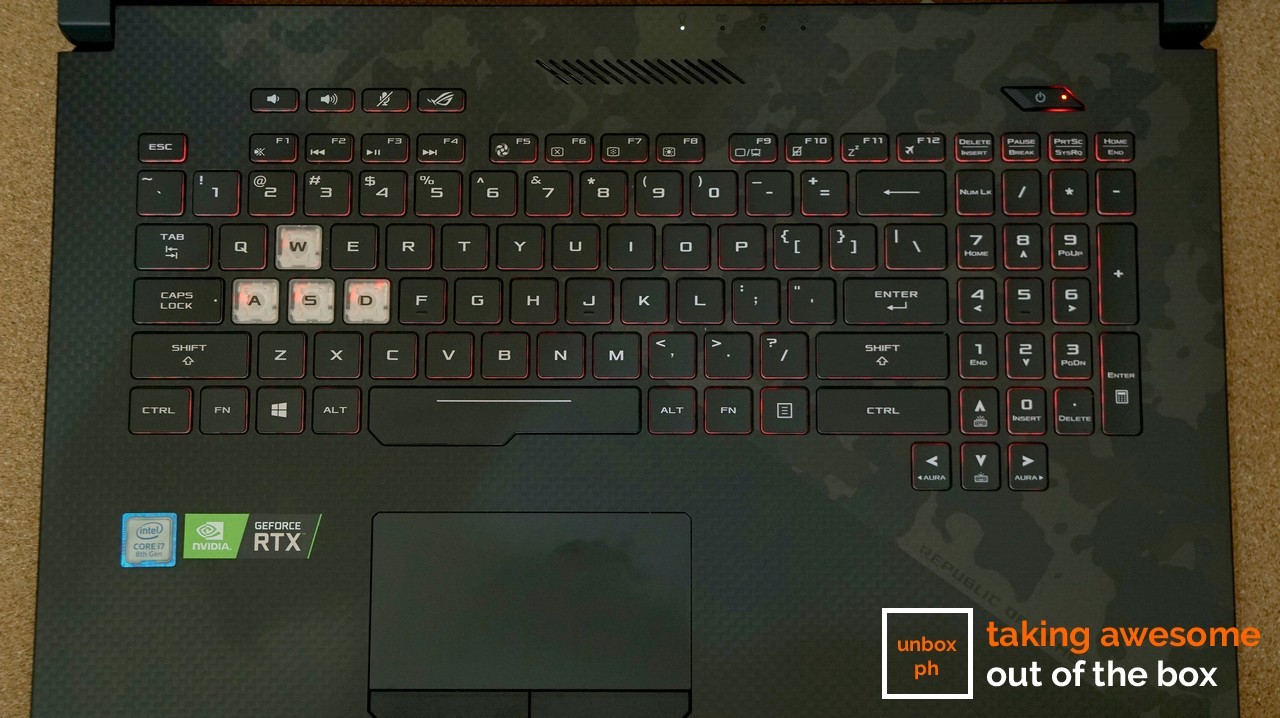 The notebook is pretty large, thanks to its 17.3-inch display, which just means there’s more than enough space available to make typing on the keys comfortable. 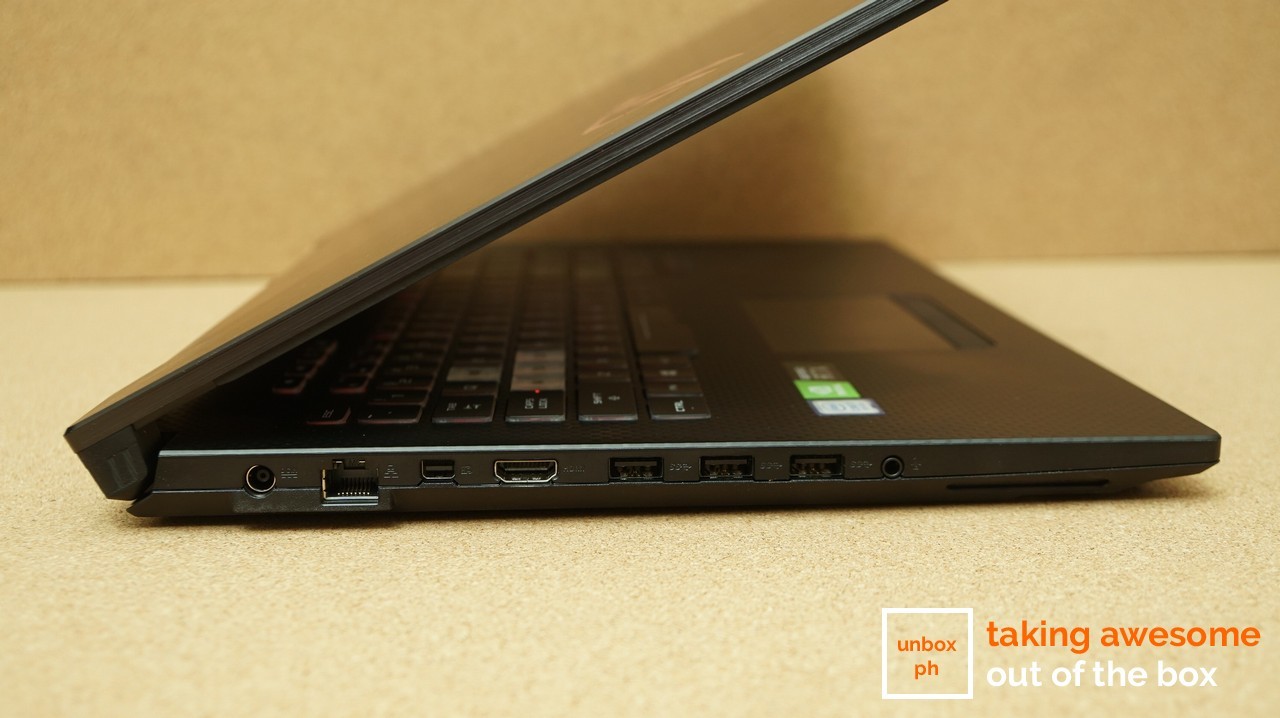 Like its smaller brother, the ROG Strix GL704GV SCAR II has this half carbon fiber, half camo design on the chassis. 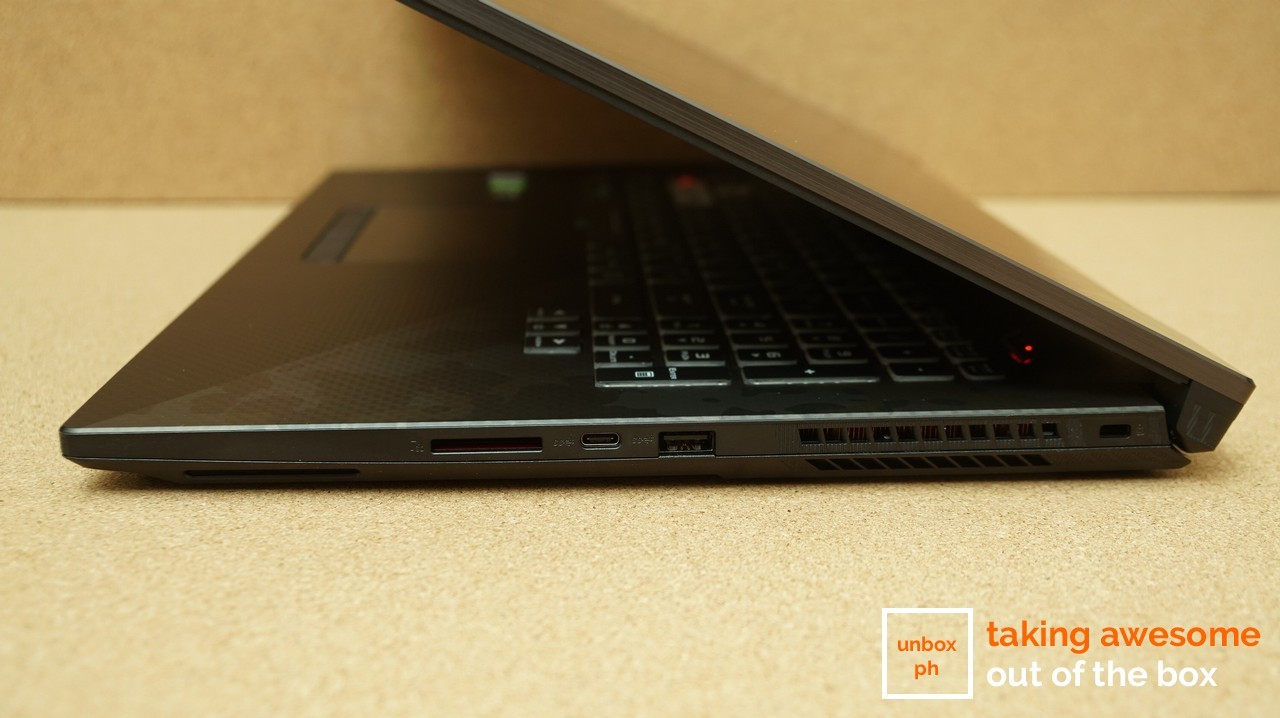 Because of the notebook’s size, there’s plenty of ports and connectors on its body: you get a Type-C plug, along with 3 USB 3.1 Gen 1 ports and a USB 3.1 Gen 2 port, a mini DisplayPort, an HDMI port, Ethernet port along with an SD card reader and a 3.5mm combo jack. 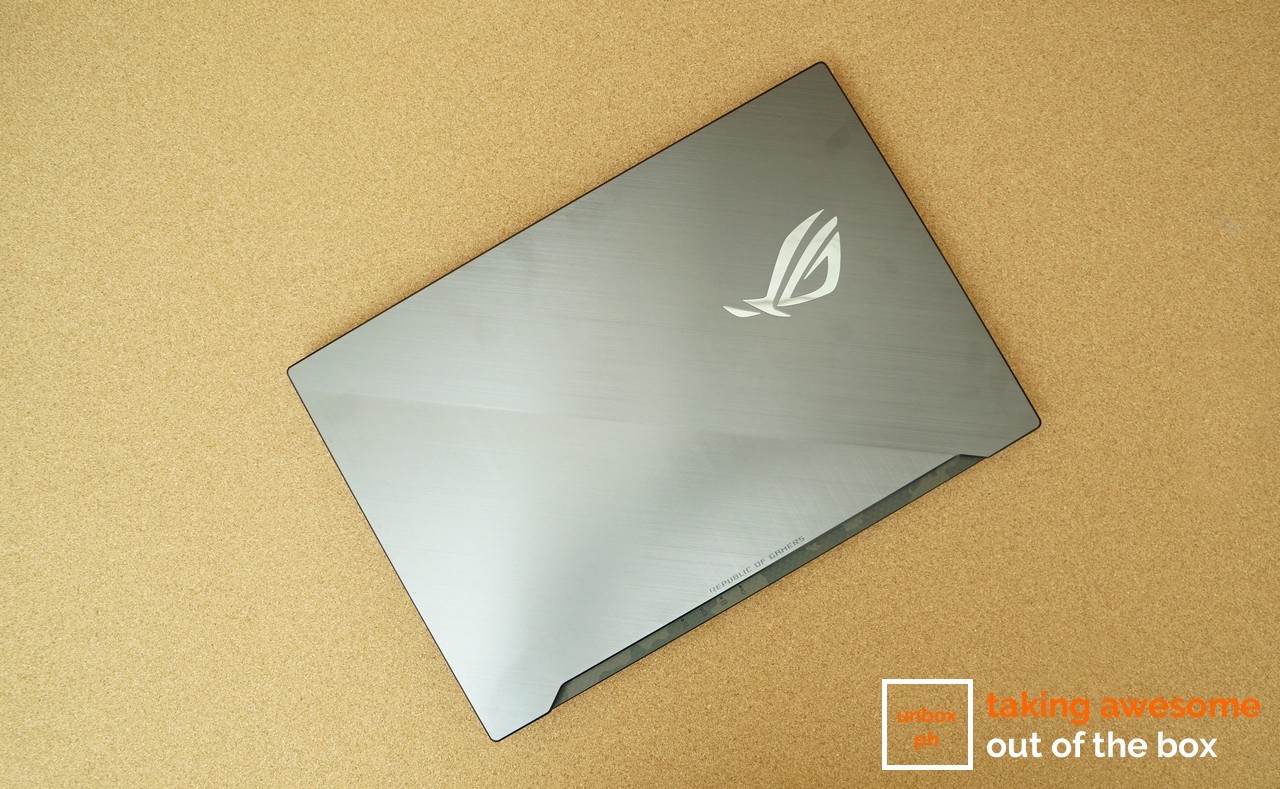 The bezels look really small on that notebook

They sure are. Thanks to the smaller than average bezels on the ROG Strix GL704GV SCAR II’s 17.3-inch display, the overall size of the chassis is closer to a 15-inch notebook than it is a 17-incher. 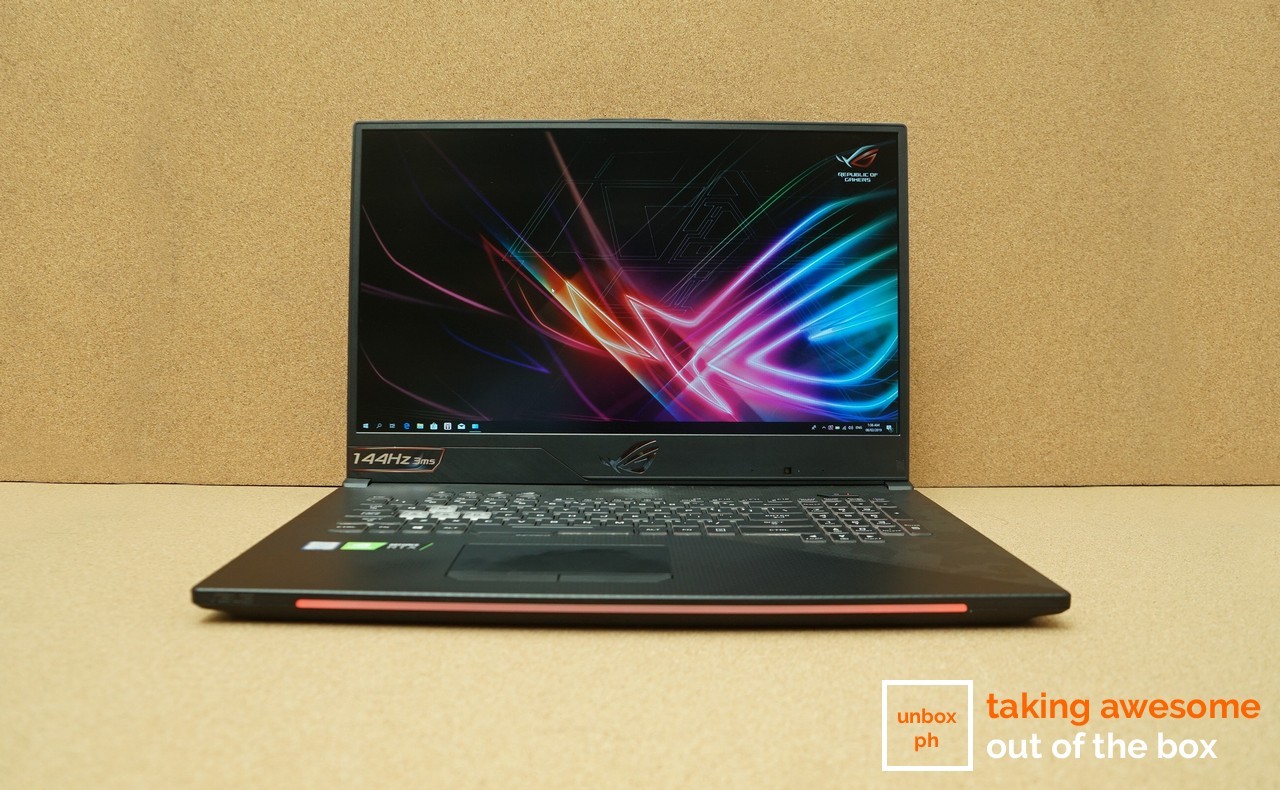 Is the video card the only difference from the previous iteration?

Not that there’s anything wrong with that – Intel’s Core i7-870H is still pretty potent – same with the rest of the hardware on the machine.

The big difference here is the RTX 2060 GPU, which is a big step up in performance from the GTX 1060 and even GTX 1070 that ASUS utilized in last year’s model.

Our review of the desktop version of the RTX 2060 revealed that the GPU is more than a match for GTX 1070 Ti in terms of performance, and with a little tweaking can probably give a GTX 1080 a run for its money. 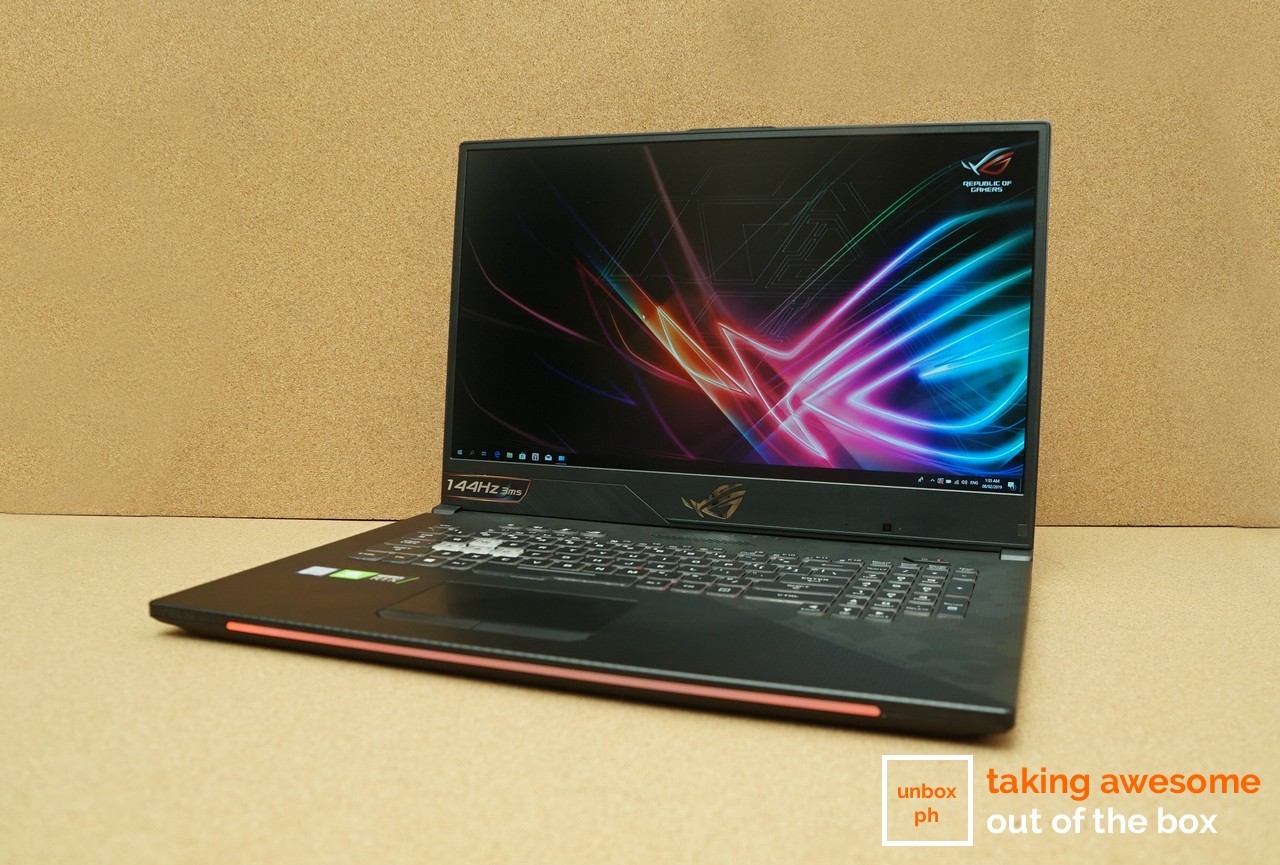 We’ll have to see if the RTX 2060 inside the ROG Strix GL704GV SCAR II measures up to the desktop version in our full review, or if ASUS and NVIDIA had to compromise a little bit to fit the GPU in the chassis.

That’s it for this quick hands-on. If you can’t wait for our review, know that ASUS is already selling this particular notebook in the open market for Php 124,995.

Meizu Officially Brings the Meizu X8 to the Philippines 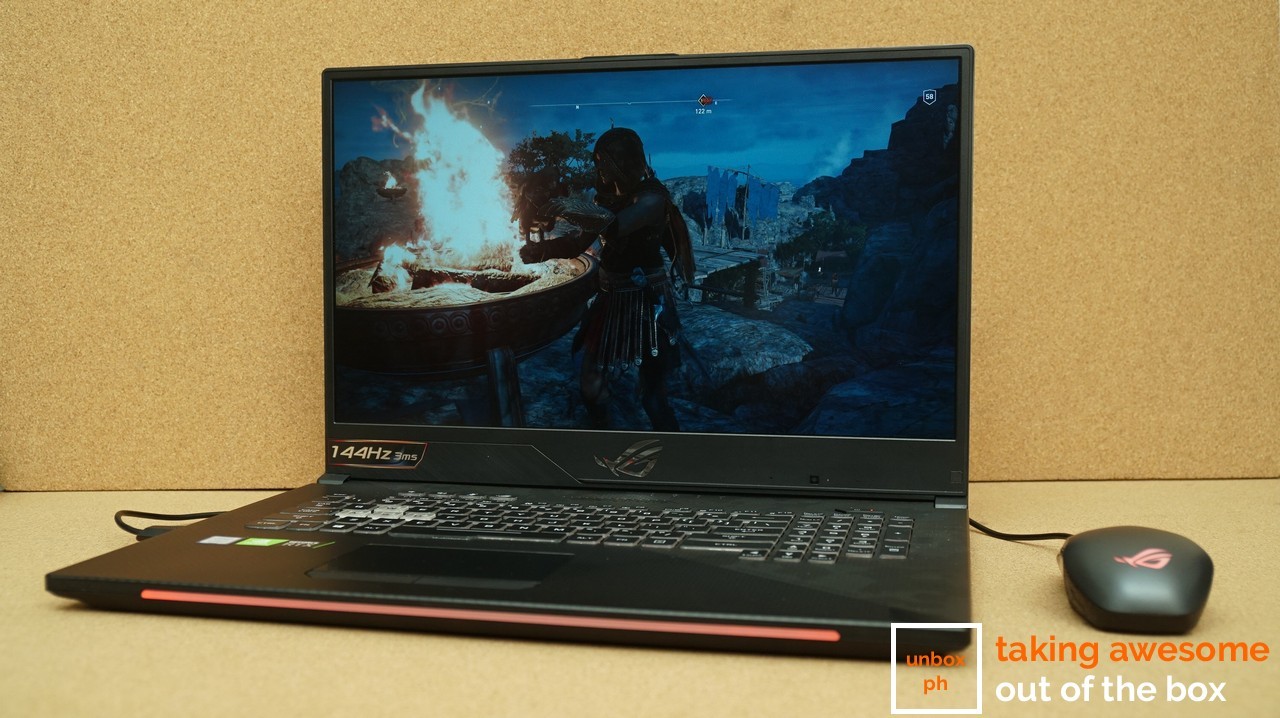