ASUS Zenfone 3 Ultra Unboxing and Initial Review: A Tablet Masquerading As A Phone

Despite phablets being unwieldy gadgets, there’s a reason why people prefer them over normal, easier to use phones – screen real estate. The bigger screen size of most phablets give people a bigger surface to work and play on, and they’re more than willing to put up with the inherent bulkiness of these particular devices to get that screen size. Even when phablets start getting really unwieldy to the point of not being able to use one one-handed, people still gladly fork over money for them just to get that bigger screen size.

Today’s unboxing takes that big-screen formula to the extreme. The ASUS Zenfone 3 Ultra is the biggest phone we’ve ever tested, and if we’re completely honest, is more tablet than phone.

The Zenfone 3 Ultra comes in a very nice looking box, which gives you a hint of just how big the phone actually is.

Once you open the lid, you’ll see the phone sitting in a very posh looking surface that has the same Zen concentric circle design as their other offerings.

The rest of the accessories can be accessed by pulling on the little tab beneath that surface. You’ll see the very premium looking headphones that has a total of four silicone tips, a USB fast charger, as well as the USB Type-C cable, SIM ejector and documentation for the phone.

This isn’t the first time we’ve encountered the ASUS Zenfone 3 Ultra, but to be honest we kind of forgot how truly big it is until we held it in our hands again. It’s HUGE. As in – the phone has a 6.8-inch display which towers over the normal 5.5-inch displays of other phones. We’ve never thought we’d see a phone that would make Samsung’s already gigantic Galaxy A9 Pro look small, but there it is.

Factoring in the top and bottom chin of the phone, it’s overall height is at an astounding 186.4mm or 7.3-inches. Holding on to it one-handed is doable, but isn’t the most comfortable thing to do to be honest. It’s a phone that’s definitely built for two hands, since trying to reach the entirety of the display one-handed is a physical impossibility.

That being said, ASUS tried to at least alleviate some of the pains of having such a gigantic phone via button placement and software trickery. The power button is on the right, smack dab at the middle of the frame. The company has reverted to their rear-key setup for the volume rocker, which is reachable when you’re using the phone one handed. There’s also a one-handed mode that shrinks the display down to a more manageable level.

Just like the Zenfone 3, the Zenfone 3 Ultra sports the new design language of ASUS, trading in plastic for more a more premium metal build. The phone’s body is milled from aluminum, though there’s no attempts at ergonomic curves here aside from the rounded corners and chamfered sides. The phone feels very hefty, which is expected from such a large device.

Flip the phone over and you’ll see the aforementioned rear key and the 23-megapixel rear camera that’s armed with a f/2.0 aperture lens, laser autofocus, PDAF, OIS and a dual LED flash tucked in the upper left corner. Despite the camera’s substantial feature list, it doesn’t stick out from the bottom, allowing it to lie flat on a surface when you need it to.

Going back to the front, you’ll see the physical home key that also houses a fingerprint scanner and the two physical Android navigation keys flanking it.

Is that huge 6.8-inch IPS display worth it? It’s too early to tell. The phone’s display tops out at full HD, which gives it an overall pixel density of 332ppi. That isn’t too bad, but if there’s a display that would benefit from UHD, this would be it. ASUS has also built in display tech into the Zenfone 3 Ultra, including image processing technology that makes video content feel like it’s running 60FPS. The speaker of the Zenfone 3 Ultra is incredibly loud as well, probably the loudest we’ve ever heard from a phone. It’s obvious that the Zenfone 3 Ultra is aimed at multimedia lovers.

Inside the the Zenfone 3 Ultra beats Qualcomm’s Snapdragon 652 octa-core processor paired with 4GB of RAM and 64GB of expandable storage. Nothing new here – the Snapdragon 652 is slowly starting to become the mid-range SoC of choice for manufacturers, and it’s not surprising why, since it delivers a good mix of raw processing power and power efficiency. As expected, the Zenfone 3 Ultra felt zippy and responsive, and had no issues at all playing the latest Android games. Speaking of Android, the phone runs Android Marshmallow with ZenUI layered on top. Our complaints about ZenUi on the Zenfone 3 still applies to the Zenfone 3 Ultra – there’s just way too much useless software installed in the phone that takes up valuable resources.

Aside from its sheer size, the Zenfone 3 Ultra faces an uphill battle as far as pricing is concerned. At Php 32,995, it’s already priced at flagship territory. ASUS is hoping the allure of a big-screen phone aimed at entertainment segment will be more than enough incentive for people to fork over money for the Zenfone 3 Ultra. Will it work? Only time will tell. Huawei P40 Pro VS Samsung Galaxy S20 Ultra: Which One Is The Better Flagship? 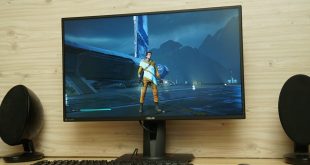 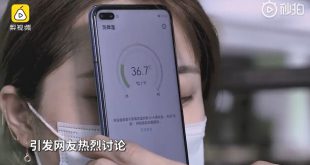 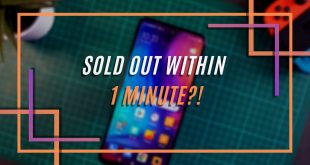