While the original Zenfone 3 Zoom was certainly one of the most interesting phones to be launched back in 2016, its camera was pretty underwhelming. The original did deliver on its promise of 3x optical zoom thanks to an innovative periscope camera setup by Hoya, but at the cost of additional bulk and underwhelming image quality. Intel’s less than stellar Atom chipset didn’t help matters, and despite being one of the more interesting phones released last year, the original Zoom suffered from low sales numbers compared to ASUS’ other releases.

With the new ZF3 Zoom, ASUS is looking to fix the problems of the original while giving users a phone that’s built for photography. Instead of a funky, motorized camera system, the Taiwanese company has gone with a more conventional dual-camera system that’s reminiscent of the iPhone 7 Plus’ camera setup. The guts of the phone has been overhauled and replaced with Qualcomm’s latest mid-range chipset, and ASUS has gone to great lengths to make sure that the phone has a battery that will last days on a single charge. The result? A spectacularly solid photography-focused smartphone that has the potential to rule the mid-range market, IF it’s priced right.

A solid, if conservative design

ASUS’ ZF3 Zoom doesn’t stray too far from the company’s established design language. It has elements of both the ZF3 and the ZF3 Max in appearance, namely a premium-feeling metal body and a 5.5-inch, full HD display that has 2.5D glass laid on top of it.

The back is flat and does not bow out unlike other phones in the market nowadays, which makes it a little harder to hold if you have dainty hands. The frame and corners of the phone are rounded, much like the bodies of ASUS’ other mid-range and entry level phones. What’s surprising here is that the phone isn’t that much thicker than your typical Android device coming in at 8mm, despite having a massive 5000mAh battery. ASUS’ own 5.5-inch Zenfone 3 Max is actually thicker, at 8.3mm, and that phone has a smaller 42000mAh battery. ASUS says that the ZF3 Zoom is the thinnest phone in its category that has a 5000mAh battery, and we don’t dispute that claim.

Flip the phone over and you’ll see the most distinctive part of the ZF3 Zoom: the dual camera setup. ASUS has gone for a less bulky (and innovative) setup this time around. Instead of using a proprietary periscope setup like the original Zoom, the Taiwanese firm has opted to use two rear cameras set at different zoom levels. The camera on the left is set on a normal, 1x zoom level with a focal length of 25mm while the one on the right has a 2.3x zoom lens with a focal length of 59mm. The main camera uses Sony’s IMX362 sensor, and has a wider f/1.7 aperture, which comes into play later.

Right below the camera module is the dual LED flash as well as the laser AF module. The fingerprint scanner is located on the rear as well, which is pretty much par for the course as far as the phones made by ASUS are concerned. Going around the device you’ll see the power and volume button on the right, while the microSD/SIM slot is on the left side of the phone. The bottom of the phone holds the USB Type-C port, 3.5mm jack and speaker grille.

The phone uses a 5.5-inch full HD AMOLED panel that has 2.5D glass and Gorilla Glass 5 protection. The AMOLED panel on the ZF3 Zoom produces rich, vibrant colors at the cost of a little over-saturation, though that’s not really that big of a deal. Additionally, the phone has a fingerprint and smudge-resistant oleophobic coating to resist fingerprint marks with daily use, and has a maximum brightness of 500nits to make the panel readable under the noonday sun.

Snapdragon 625 keeps everything nice and snappy

While Qualcomm’s Snapdragon 625 is now a year old, it’s still one of the best processors in the company’s lineup today, possessing a good balance between cost, performance and battery efficiency. It’s the same processor running in both versions of the OG Zenfone 3. The RAM and storage pairings are identical as well, coming in at 4GB/64GB respectively.

It’s no surprise that using the ZF3 Zoom felt a lot like using the Zenfone 3. The phone feels snappy and fast, with apps and games opening and running quickly. The phone handles most Android games easily thanks to the Adreno 506 GPU, though you may have to turn down the settings of more graphically intense games to make them run smoother.

Just like the Zenfone 3 though, the ZF3 Zoom also has ASUS’ annoying, bloated UI overlay dubbed ZenUI. We’ve never stopped ragging on ASUS on ZenUI ever since we first encountered it because of the amount of useless, unnecessary bloatware installed on their phones, and we’re not about to stop now. Probably the only silver lining here is that the Nougat update pushed on the Zenfone 3 recently removes a lot of that bloatware from their phones – hopefully that’s the same case with the ZF3 Zoom as well.

The speaker of the ZF3 Zoom is loud and clear, and the phone has an outdoor mode that boosts output even further though at the cost of clarity. The fingerprint scanner is quick and accurate, and the phone has excellent radio performance both in GPS, data and voice.

Cameras perform extremely well, though the 2.3x zoom might be a little gimmicky

The ZF3 Zoom builds on the premise that the original promised, namely optical zoom capability on a smartphone while keeping everything relatively small and handy. The first generation device accomplished that with a motorized, periscope lens built by HOYA on a less than stellar Panasonic sensor and, well, the results were not that impressive.

This time around ASUS has ditched the complicated (and bulky) motorized system and has gone with a dual-camera lens setup that’s similar to the iPhone 7 Plus, with one camera being set at 1x and the other at 2.3x zoom. The ZF3 Zoom uses three AF systems to keep everything nice and focused, adding a laser AF system and a dual pixel phase detection autofocus system to the mix. The result? Fast and accurate focusing of just 0.03 seconds.

Does the 2.3x zoom add a new dimension to shooting? It depends entirely on the shooter we suppose. Having the ability to zoom 2.3x is useful only in very limited situations and we reckon that you’ll be shooting using the wide-angle primary camera 90% of the time with the ZF3 Zoom.

With that being said, the main camera on the ZF3 Zoom is impressive. Its large, f/1.7 aperture allow some serious depth of field effects without the use of software manipulation, which we like. There is a software bokeh feature as well, though we prefer using the natural bokeh effect that the camera is able to achieve since it’s more convincing than software trickery.

That large aperture opening also means that the ZF3 Zoom is able to capture rather decent images even in low light situations. We took a couple of  shots in the street with just an incandescent light for illumination, and the results are pretty impressive, considering the low amount of light available.

The front-facing camera is a 13-megapixel front camera, Sony IMX214 that delivers good snaps even in low-light conditions.

The Snapdragon 625 processor has proven to be a solid performer in terms of battery efficiency, as evidenced by the performance of the OG Zenfone 3. The ZF3 Zoom has a far larger capacity battery than the Zenfone 3, which obviously means you’re looking at far better performance in terms of longevity.

We ran a new battery run-down test with the ZF3 Zoom since PCMark’s battery benchmark was not working well since its last update which consisted of the phone running continuous video streamed in via YouTube. This is more stressful than the aforementioned PCMark battery benchmark because it actively uses the WiFi radio of the phone to stream information, which tends to drain battery faster.

In actual use, we managed almost two days of use with a single charge with moderate to light use. With moderate to heavy use, we found that the phone had enough to last until the morning of the second day.

One thing that we didn’t like about the phone is that it doesn’t have fast charging capability, at least not with the provided charger. It took roughly an hour to charge the phone from 8% to 50% using the charger that came with the package.

After using the ZF3 Zoom after  a number of days, it looks like the Taiwanese company has hit another one out of the park. The ZF3 Zoom has the perfect balance of performance, battery endurance and more importantly, camera performance in a package that’s easy on the eyes and on the hands. Sure, you probably won’t be using the 2.3x optical zoom capabilities of the ZF3 Zoom all the time, but the improvements in the main camera which include the wide aperture of the main shooter make it a formidable tool for mobile photographers. Think of it as an ASUS Zenfone 3 with a better camera and battery.

Unfortunately, there’s still a big piece of the puzzle missing: price. ASUS has decided to keep the eventual price of the Zenfone 3 Zoom close to their chest until the eventual unveil of the phone on April 3. They did reveal the freebies that would come with the phone, which would include a JBL Clip 2, ASUS’ premium ZenEar in-ear headphones  and a clear case, all valued at Php 4.5K. 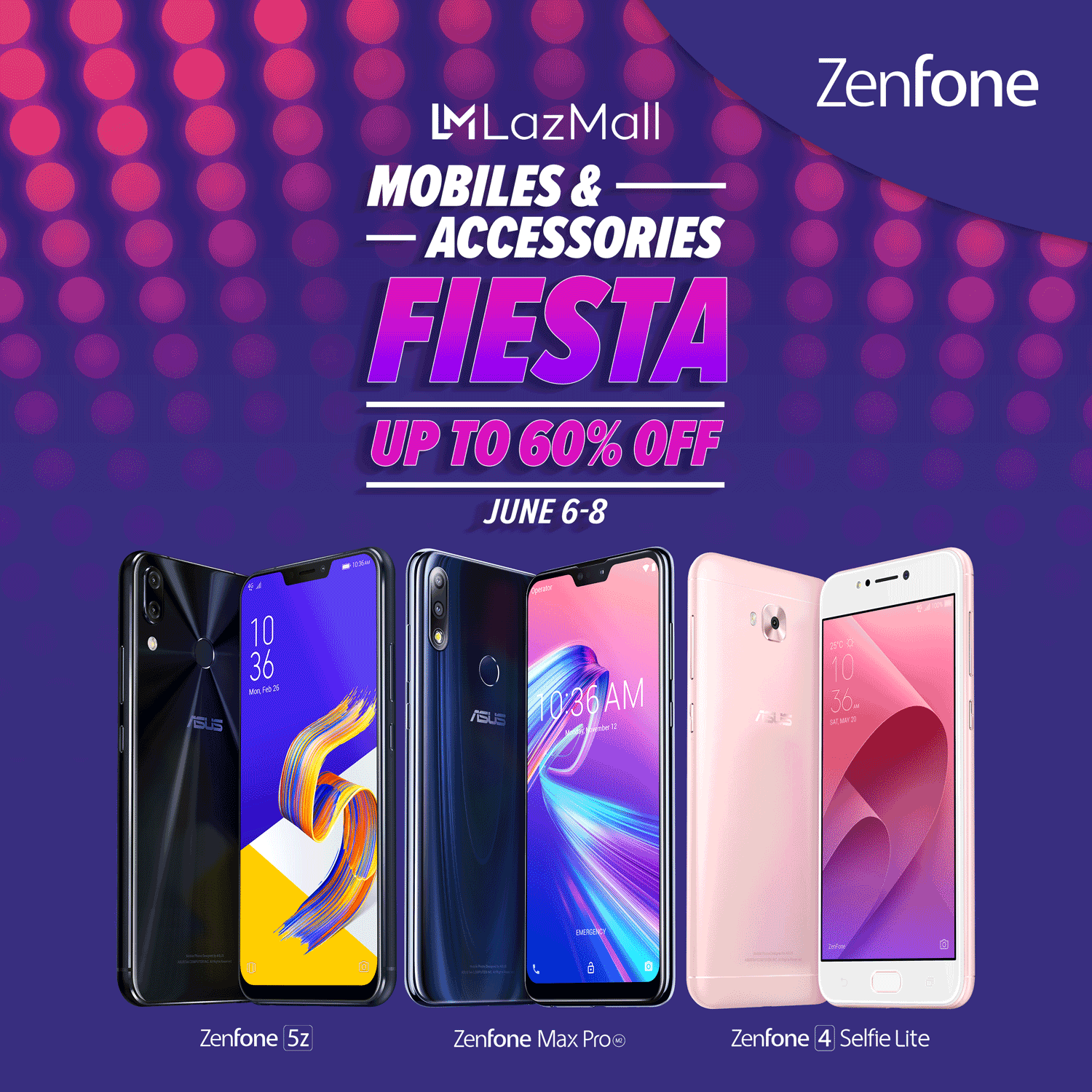