Is the A series the new J series?

Looks like it is time to say adios to the Galaxy J series: with Samsung changing their strategy, the Galaxy M and Galaxy A series will be the new entry model offerings from the Korean tech giant. The former is focused towards online sales, while the latter is meant for retail and brick-and-mortar sales.

We have heard rumors about the Galaxy A50, and it turns out that there will be at least three Galaxy A models for 2019.

The aforementioned Galaxy A50 is the top-tier model, and it comes with a triple rear camera setup, Exynos 9610 processor, 4000mAh battery with fast charging, and an in-display fingerprint scanner. The Galaxy A30 will be the middle of the pack with an Exynos 7904 processor, dual rear cameras,4000mAh battery with fast charging, and a more conventional rear fingerprint scanner.

Lastly, the Galaxy A10 is the most affordable of the bunch with an Exynos 7884 processor, single rear camera, and a 4000mAh battery sans fast charging. 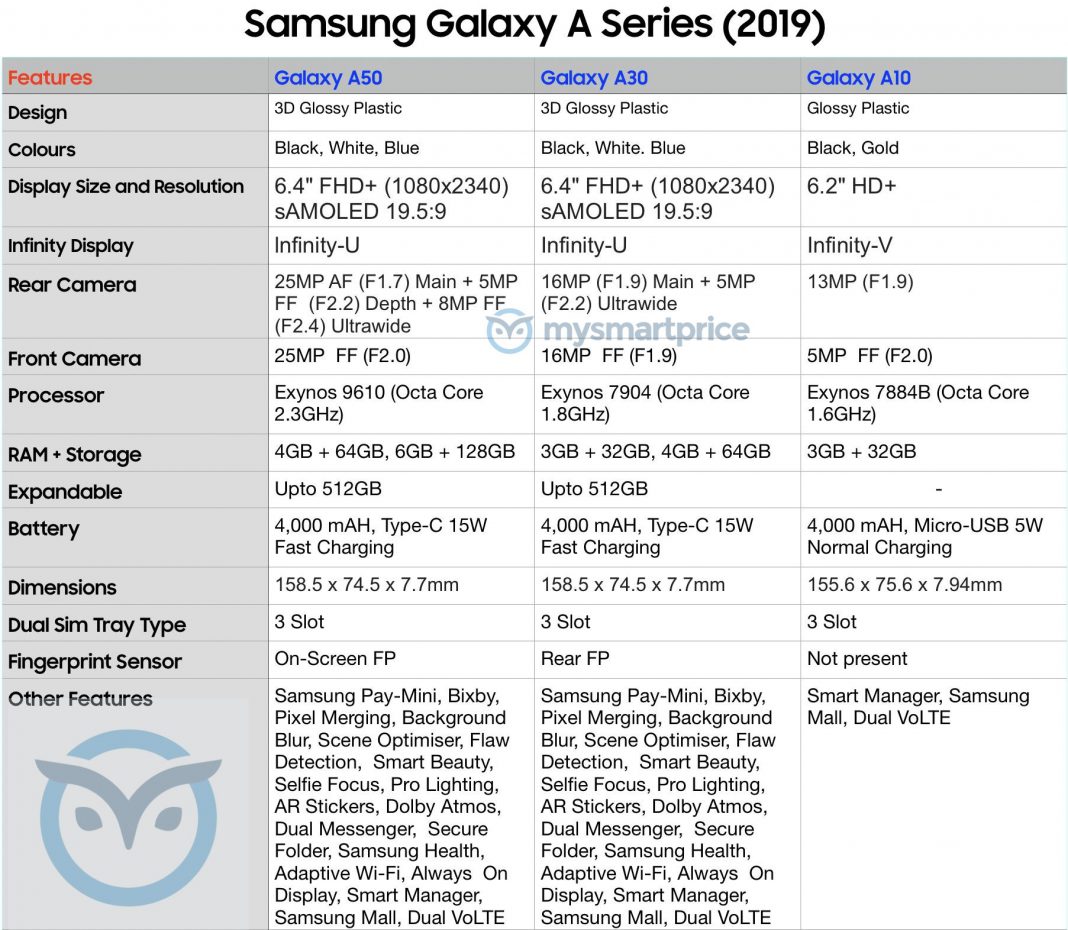 There’s no word yet as to when all three Galaxy A models will release as of now. Most likely, Samsung will launch them a few months after the Galaxy S10 family launch in February 20.