Yesterday GoPro revealed their newest product, the GoPro Karma Aerial Drone. Apart from being modular, the biggest highlight was that it was foldable, making in much more portable than a lot of the drone offerings by the leading manufacturer, DJI (makers of the Phantom drones). Don’t think for a second though that the market leader is taking this sitting down. Last week there were already leaks (courtesy of Heliguy) of DJI’s latest entry level drone called the “Mavic”.

“Size is going to be an issue. Also ease of use.” -Adam Najberg, DJI

What’s so special about the new DJI Mavic? It weighs half the usual weight of the DJI models, is foldable for easier transport, and it also comes with a remote already that has an LCD display and supposedly runs Android OS. In terms of specs, it packs a 4k camera with a 2-axis gimbal and a 300m WiFi Link. Simply put, the Mavic is possibly the new standard for high quality entry level aerial drones.

There’s no word yet on the pricing but rumors are circulating that this will launch this September. This is probably the reason why GoPro wanted to announced the Karma as soon as they can because they probably wanted to preempt this.

With all the drone models coming out, it’s a great time to be a drone hobbyist/enthusiast. If you guys haven’t gotten around to flying one, we highly suggest you try one out. Warning though, it can get pretty addictive!

Keep to this space for more news on the DJI Mavic.

Blackberry's "Argon" Phone to be Launched as the DTEK60 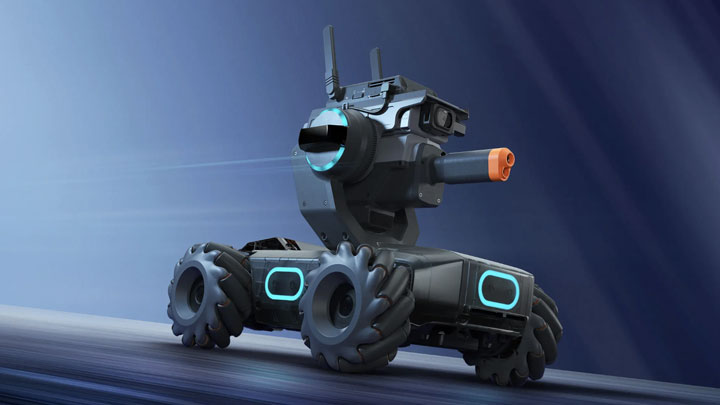 Gear to Level Up Your Travel Videos

The DJI Osmo Mobile 2 Lands in the Philippines