If you’re a mobile professional that wants a powerful notebook for the corporate world, then HP has something for you. The company’s new EliteBook 745 G5 has AMD’s newest Ryzen Processors and GPU for extra power, though at the expense of class-leading battery life that the chipmaker’s rival, Intel, is known for. 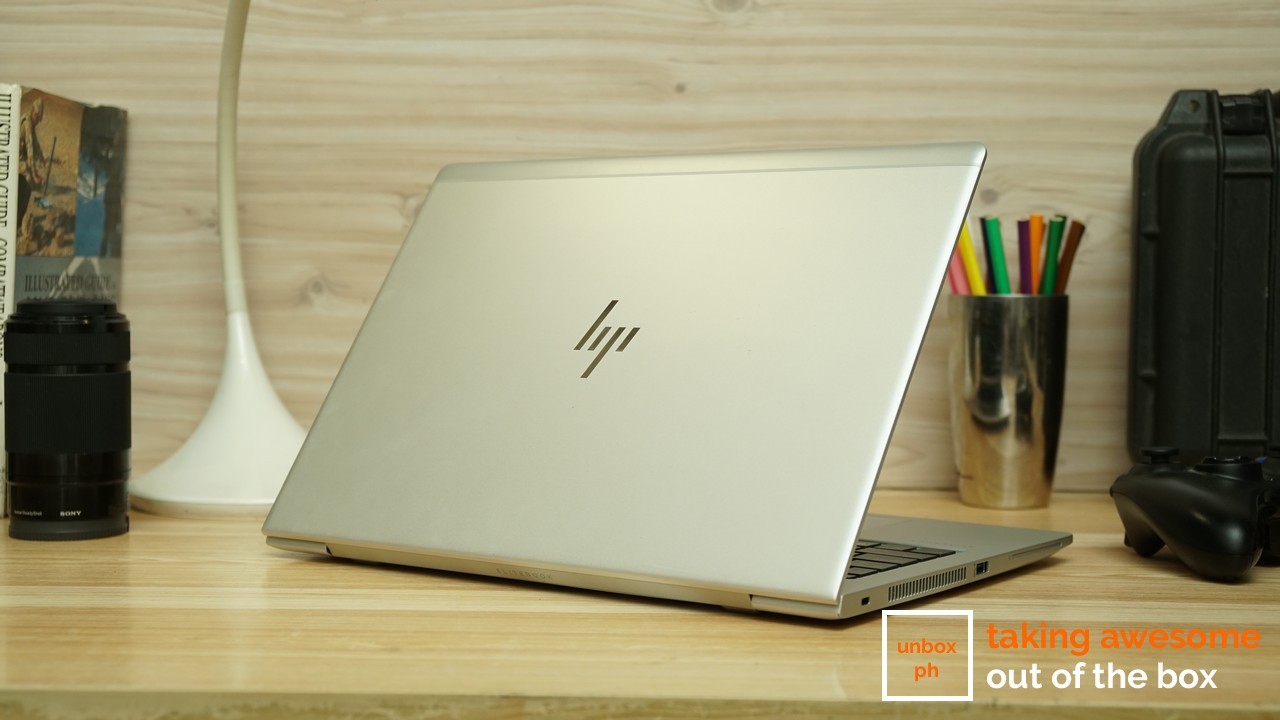 While companies try to make the prettiest, most eye-catching notebooks when it comes to the consumer market, notebooks for business try to look as inconspicuous as possible to blend in with the surroundings. 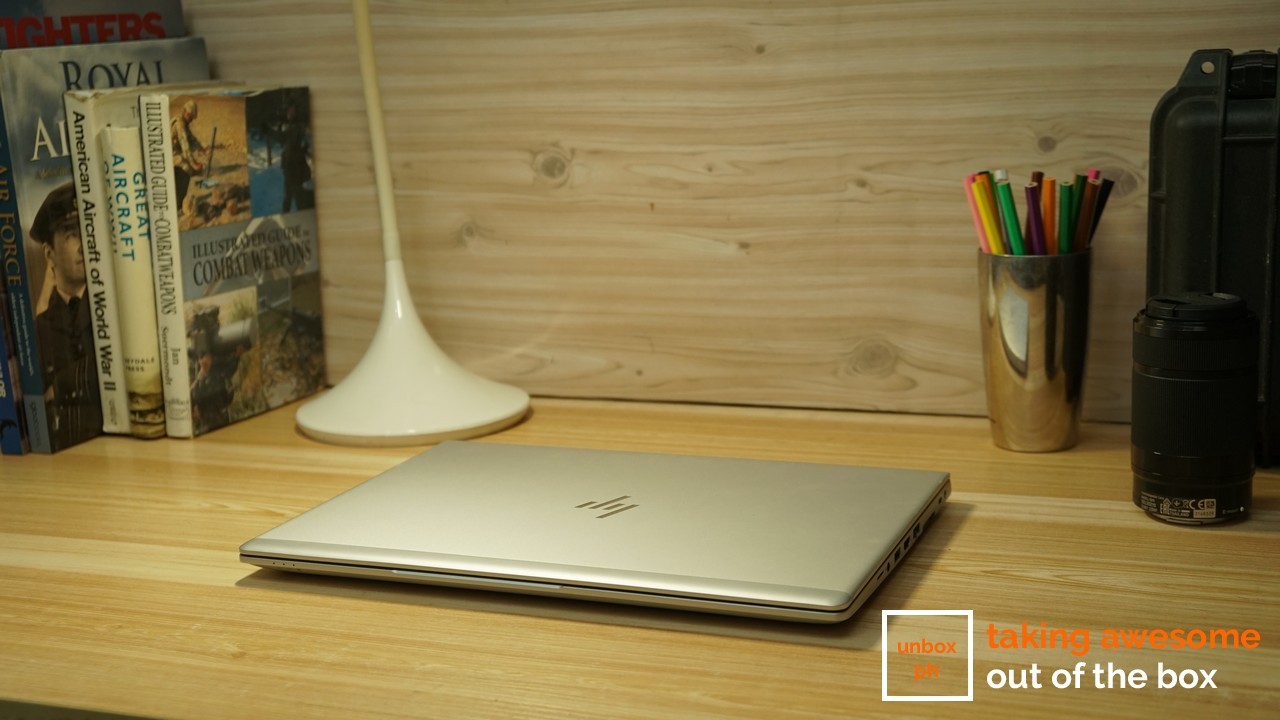 The EliteBook 745 G5’s overall design is understated and elegant, though it would blend in better with a matte black colorway instead of silver.

Aside from that though, the EliteBook 745 G5 looks like your run-of-the-mill notebook that’s in every office nowadays.

The notebook’s exterior is clad in aluminum, with HP’s logo dominating the lid.

Overall thickness is just 17.9mm, which isn’t bad for a full-sized, 14-inch notebook like this. 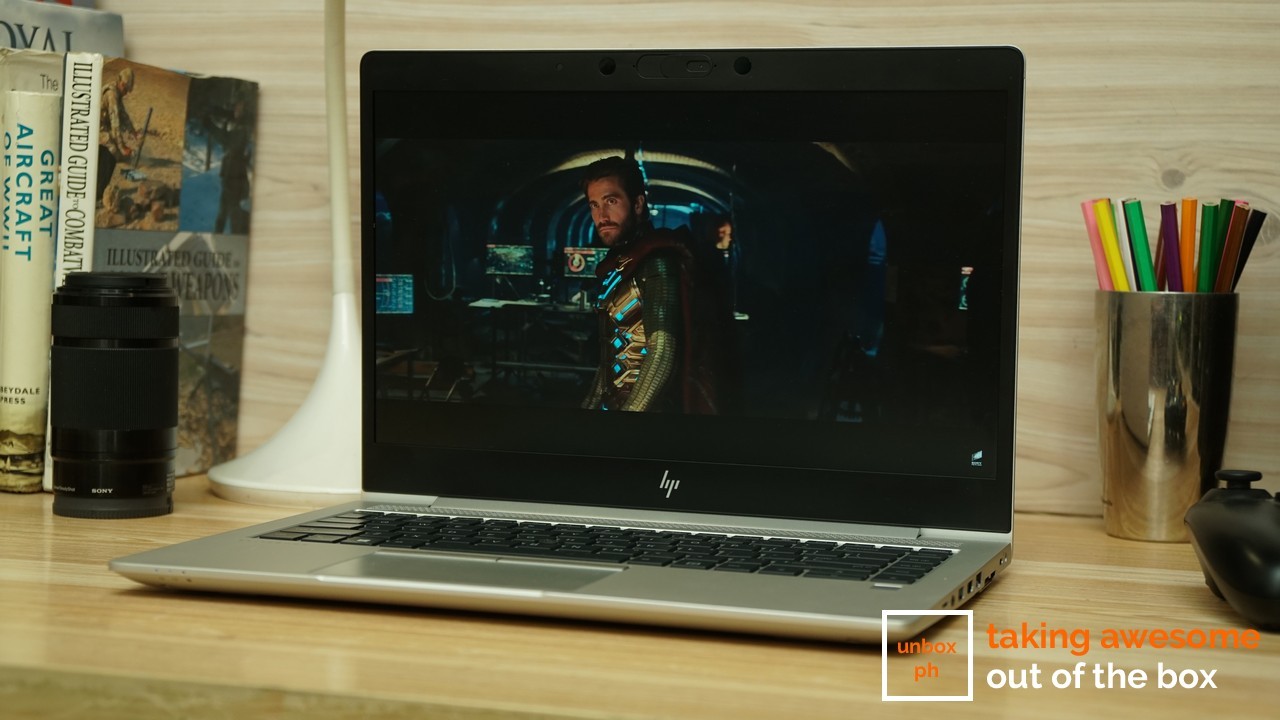 Once you lift the lid of the notebook up, you’re greeted with a 14-inch matte full HD IPS display. HP offers this particular notebook with a bunch of screen options, including a glossy, touchscreen variant though customer feedback isn’t great for the touchscreen version. 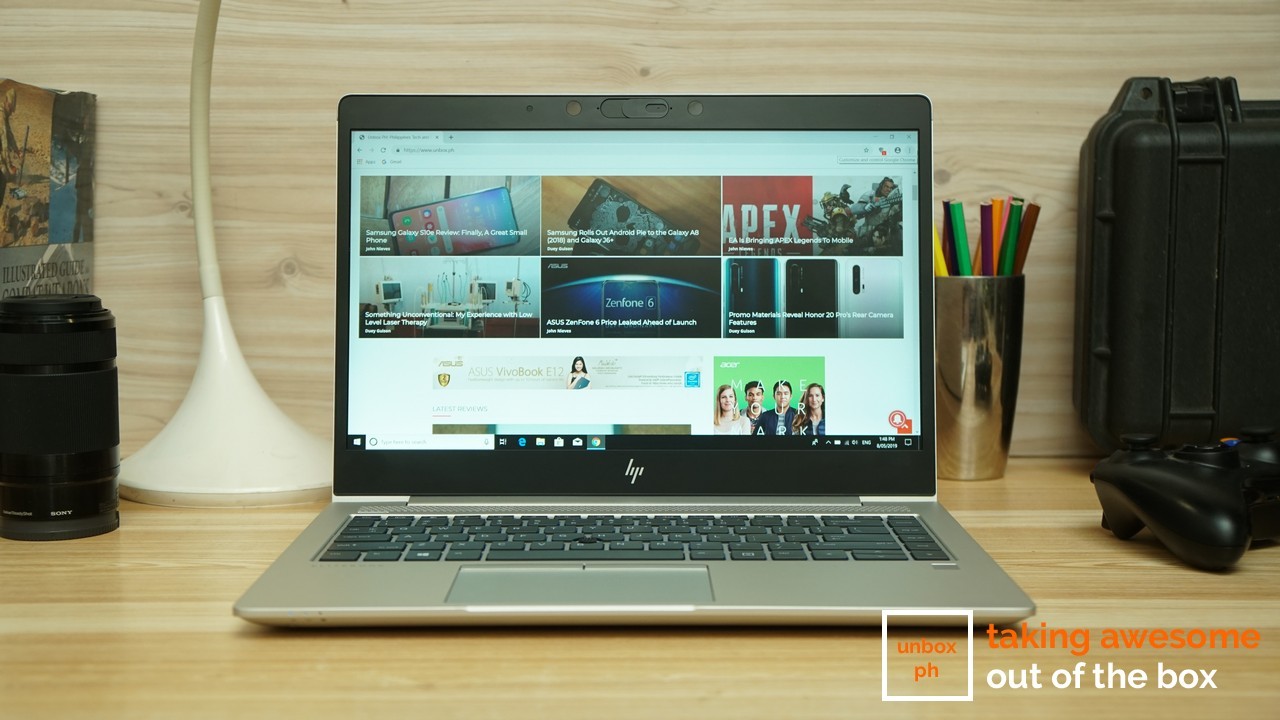 As for our review unit, the display quality was alright, though it’s a little dark, forcing you to turn up the brightness which in turn, affects overall battery life.

Colors don’t pop at all, so you might want to rule out the EliteBook 745 G5 for any serious work that requires accurate colors – that is if you’re not willing to have it professionally calibrated.

The good news is that the matte screen doesn’t reflect light at all, so you can work in bright environs without worrying about glare messing with your view. 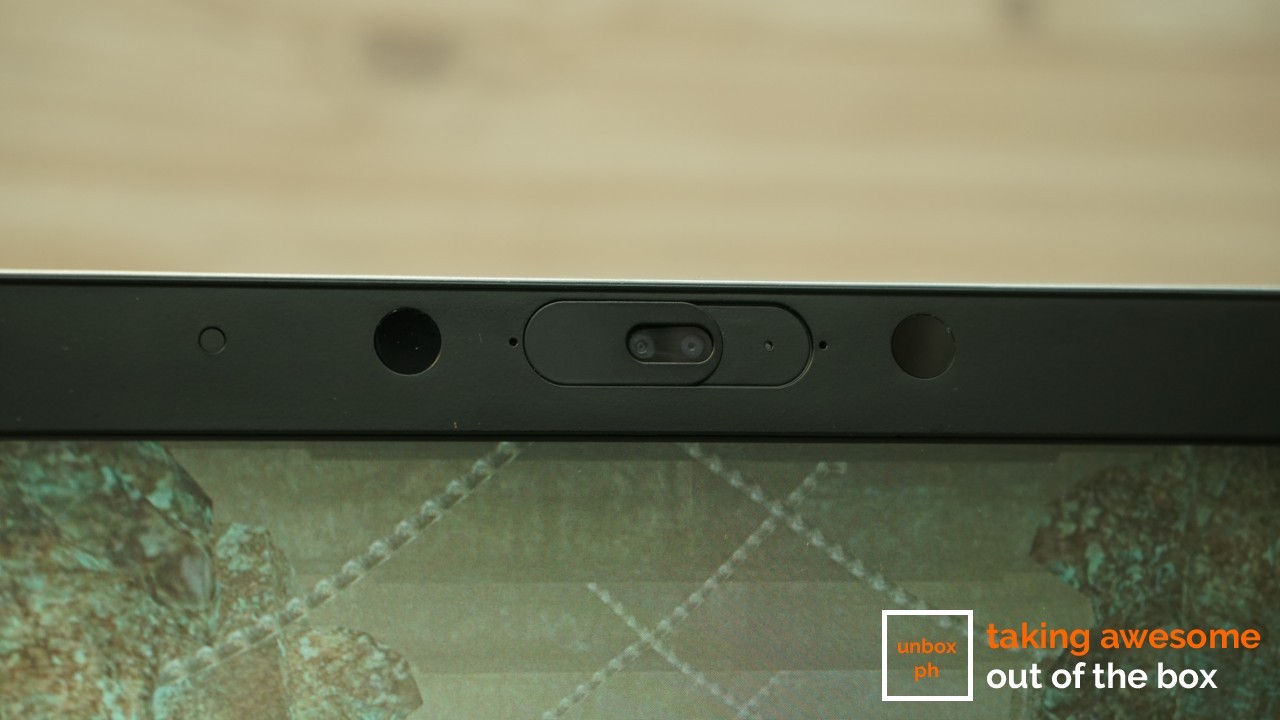 Interestingly enough, there’s a gate on the top of the display at the webcam so you can physically block it when you’re not using it. 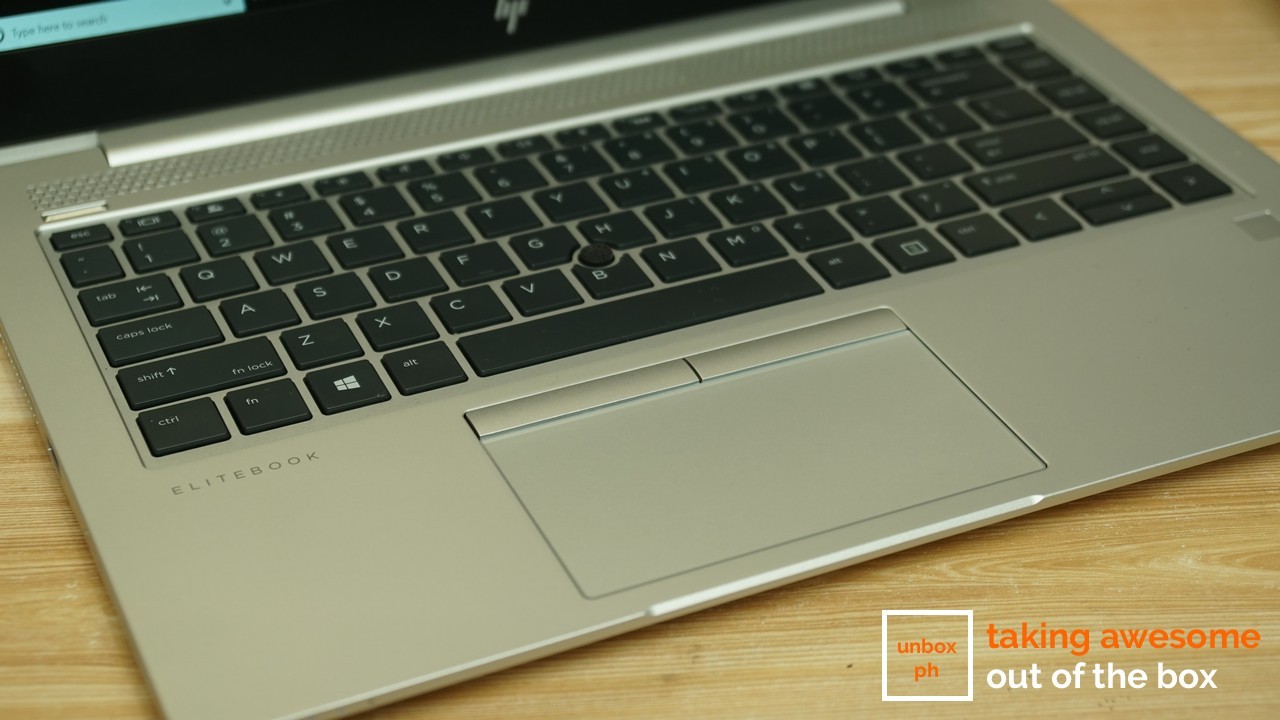 The keyboard feels great, and there’s an OG pointer as well

Being a 14-inch notebook, the EliteBook 745 G5’s chassis is nice and roomy and has enough space for quite a bit of ports. There’s a single USB 3.1 port on the left side, while the right carries most of the other ports that a modern road warrior needs: a USB Type-C, another USB 3.1 port, HMDI out, Ethernet port, a SIM slot for mobile data, as well as a docking connector to get more ports/accessories. The keyboard is nice and wide thanks to the notebook’s large chassis. There’s generous spacing between the keys, and key travel is excellent. HP also included a pointer at the middle of the keys in addition to the trackpad below. The only negative here is that the pointer takes up space in the G, H and B keys. We found ourselves hitting the pointer while typing a few times, it’s just something you’ll have to get used to. 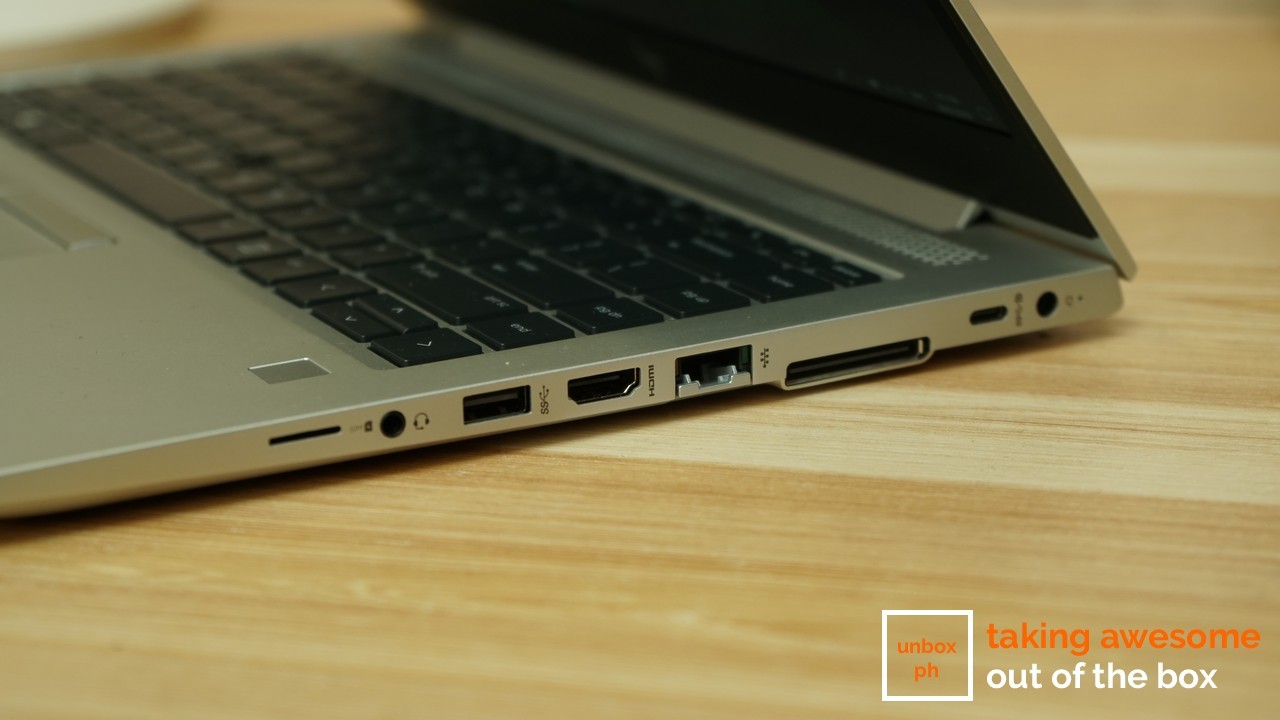 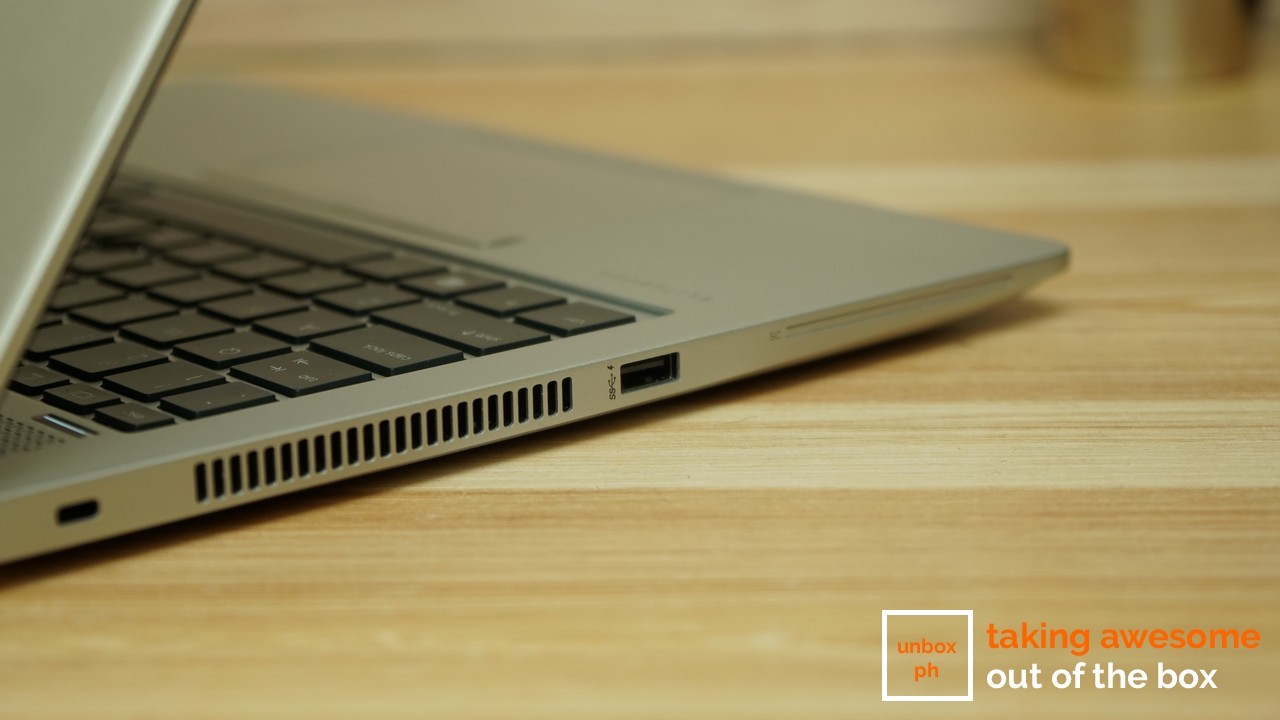 Sound from the Bang and Olufsen tuned speakers sound great for a notebook, though it suffers from a lack of bass which is typical for machines of this size. AMD’s new chipsets are a refreshing change from an Intel-dominated marketplace, but does the switch yield benefits for the consumer? 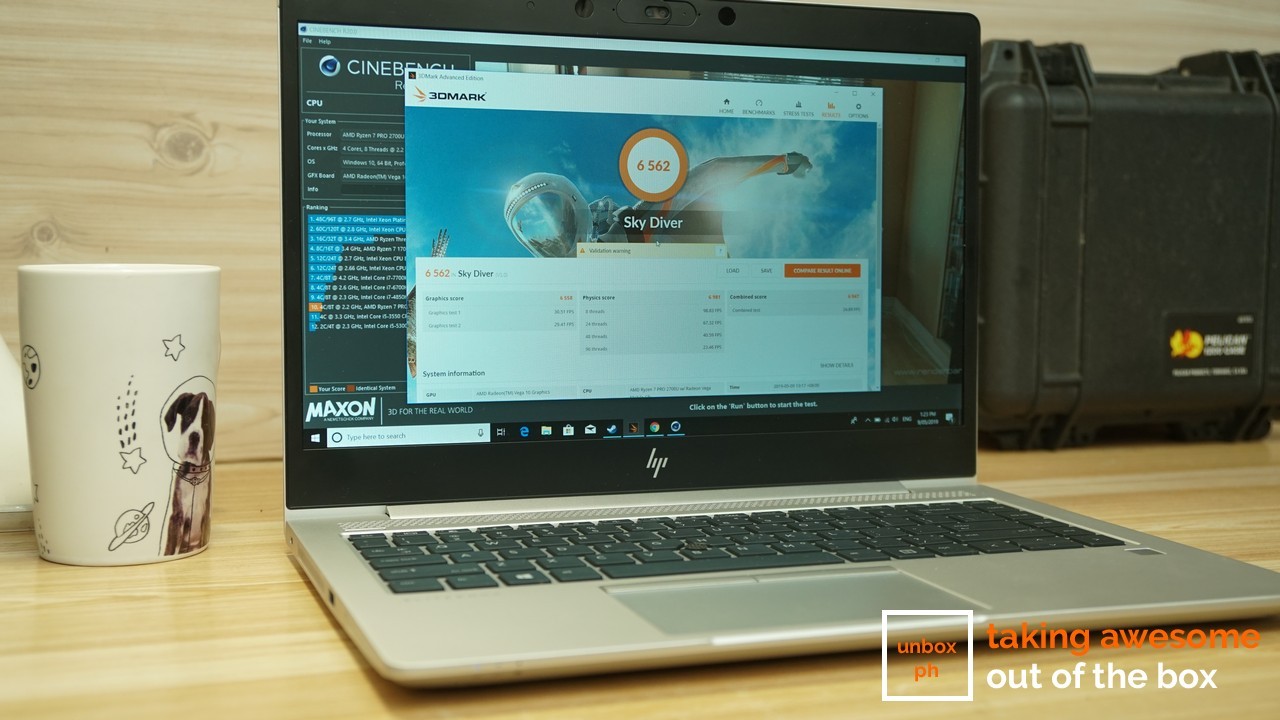 The chipset feels quick and had no issues at all while we were using it with normal productivity apps and tools.

One thing that AMD’s chips have trouble with is battery life. While HP quotes 12-hour endurance with the machine, our video loop test showed that the notebook struggled to deliver battery life past the 6-hour mark. 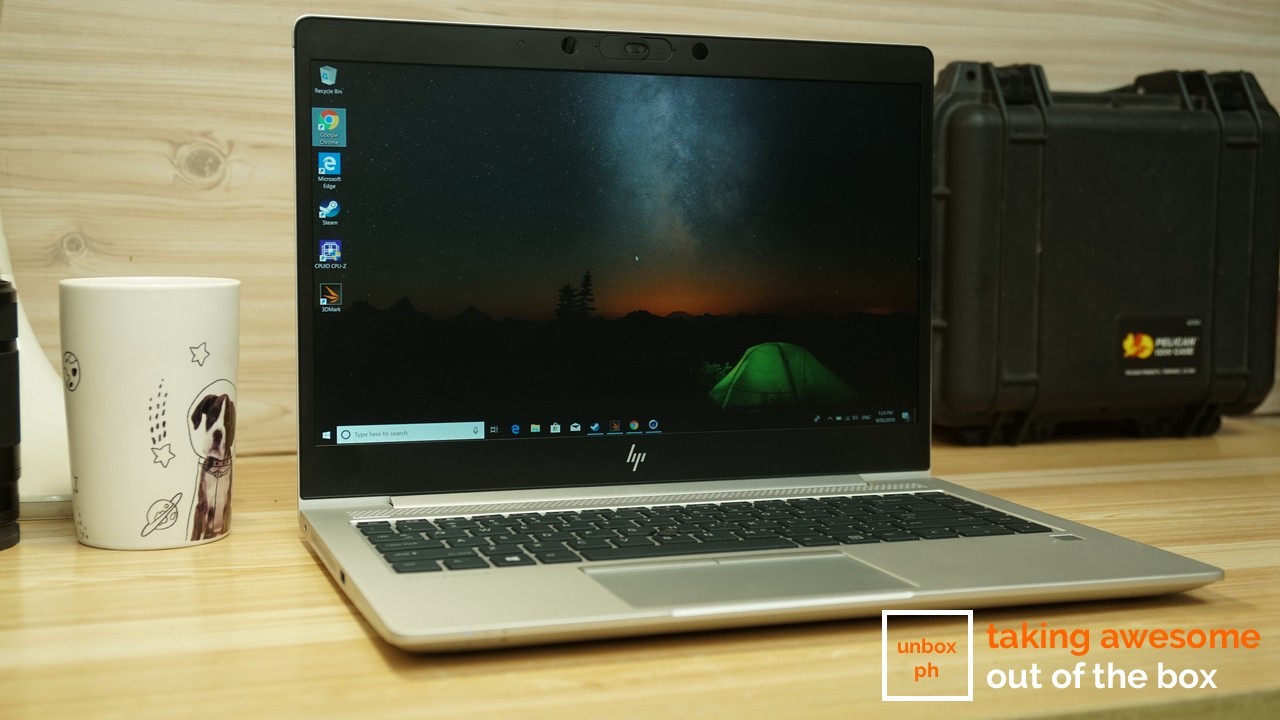 Verdict: A lot to like, but a lot of stuff to hate too

The EliteBook 745 G5 is a fairly mixed bag. On one hand, we like its overall looks, feature set, relatively light body and powerful hardware combination that’ll make short work of most office-related tasks.

On the other hand, its less than capable display make it a tough choice for people who would appreciate its extra number crunching capabilities, and its mediocre battery life is a big turn-off for mobile workers that need as much battery as they can get.