We go hands-on with the Galaxy A70!

Samsung is launching its Galaxy A70 and A80 mid-range phones today in simultaneous events all over the globe, and while the slide-up Galaxy A80 is the most interesting of the two based on the leaks on the internet, the Galaxy A70 will probably be the device you’ll be picking up if you were given the choice. Samsung is taking a different track with the Galaxy A70’s display. The phone sports an unusually large 6.7-inch, 20:9 aspect ratio display, which is bigger and greater than the 6.4-inch, 19:9 aspect ratio of the Samsung Galaxy S10 Plus. 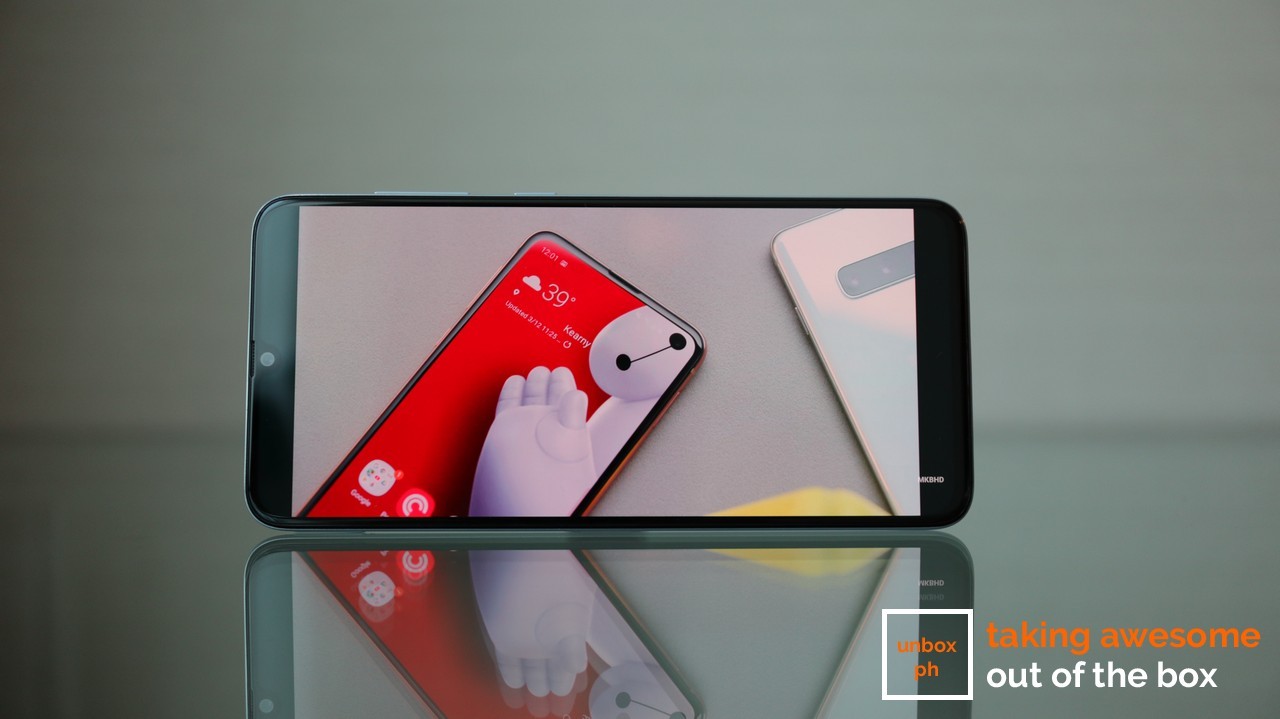 The idea behind that is that the taller display and wider aspect ratio makes the phone perfect for watching streaming services like Netflix, which has a lot of titles that are formatted in the 21:9 aspect ratio. While there will still be black bars on the bottom of the A70 when you’re binge-watching whatever series you’re currently obsessed with on Netflix, it’s significantly less than what you normally encounter on a phone that has an 18:9 or 19:9 aspect ratio display. 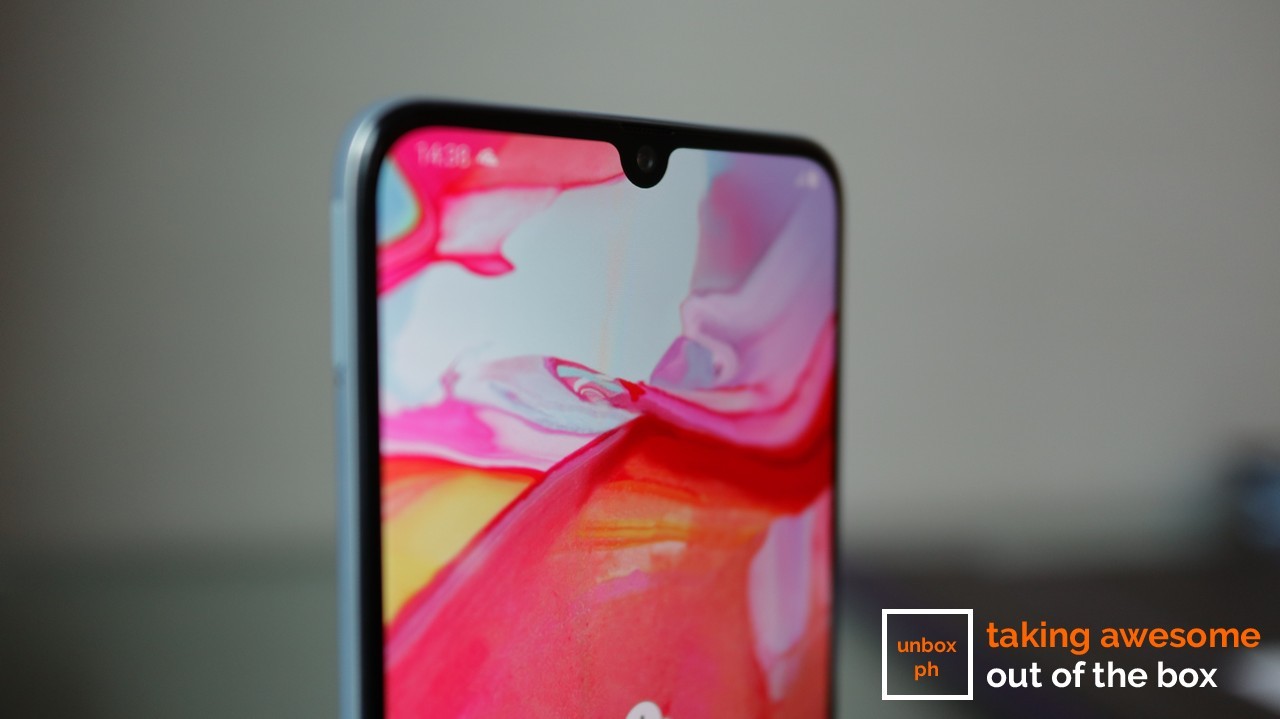 The experience is made even better with Samsung’s punchy and vibrant Super AMOLED panel. There’s a small U-notch at the top of the display though that doesn’t really bother the viewing experience too much.

One-handed use takes a little getting used to because of how tall the phone is, and people with smaller than usual mitts will have to keep both hands on the phone so it doesn’t accidentally fall to the ground. 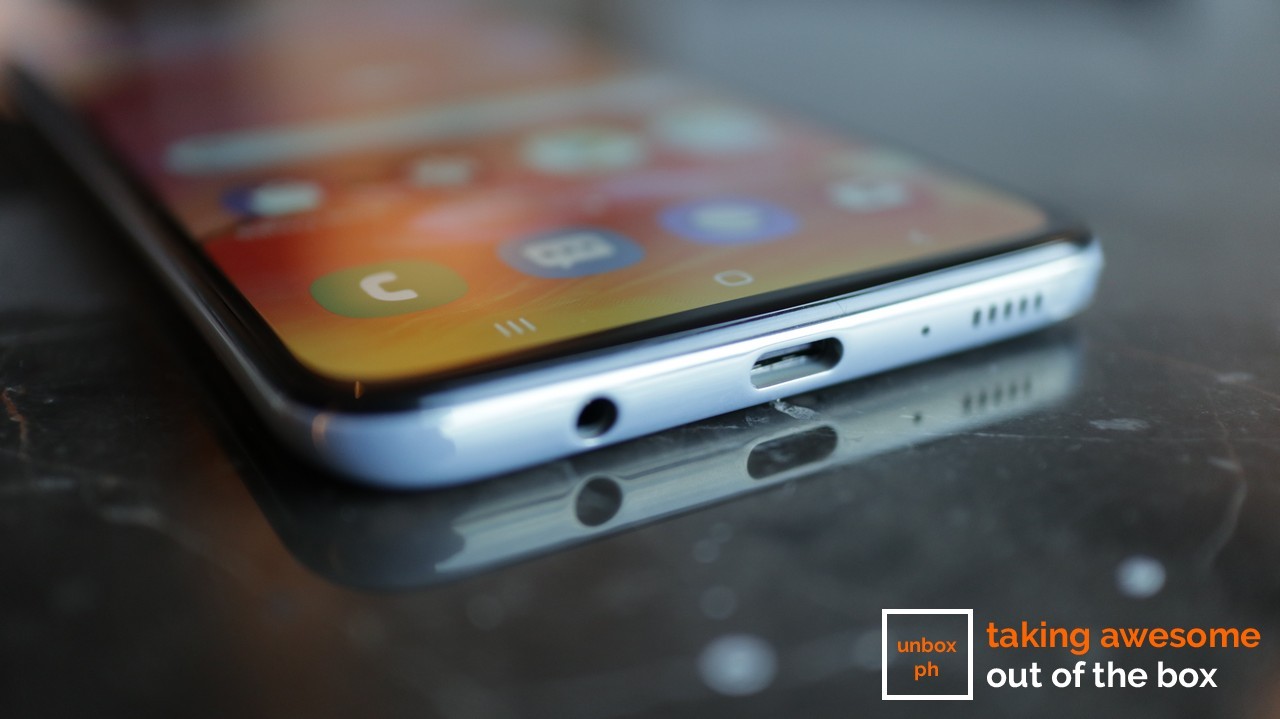 The design of the device is classic Samsung, with a metal frame sandwiched by two glass panels. The sides of the rear curve into the metal frame seamlessly, and helps with the overall ergonomics of the phone.

The rear of the Galaxy A70 holds the triple camera module that’s tucked on the upper left side of the device. There’s no fingerprint scanner to be seen here since Samsung utilized an in-screen fingerprint reader to keep the phone nice and smooth. 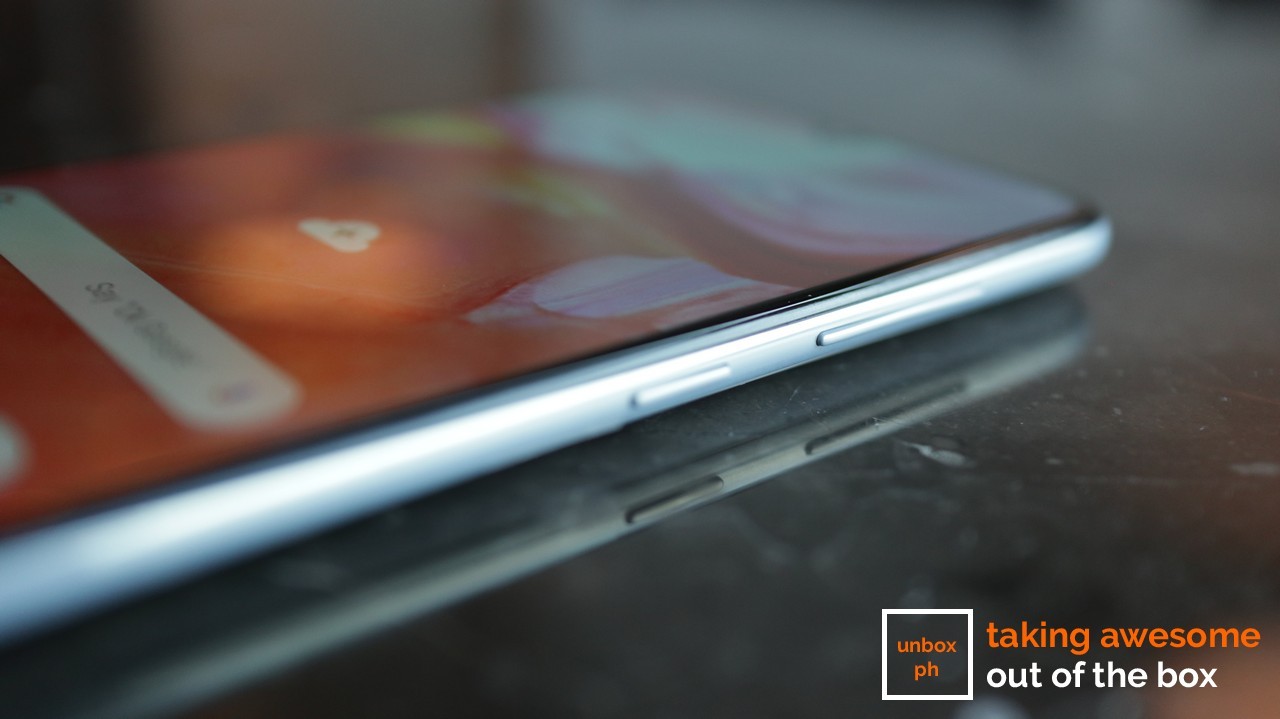 The Galaxy A70 will come in three stylish colors – white, blue, coral and black.

Inside the Galaxy A70, a Qualcomm Snapdragon 675 octa-core processor powers the device. There’s 2.0GHz performance cores and 1.7GHz low-power cores to keep power efficiency high. The phone has 6GB/8GB of RAM, along with 128GB of expandable storage via a dedicated microSD slot, so you can put in two SIMs inside the phone without having to sacrifice expandability. The phone sports a triple camera arrangement at the rear: the top camera is the depth sensor, the middle is the 32-megapixel f/1.7 aperture lens, and the third one is an ultra-wide 8-megapixel f/2.2 aperture shooter.

We’re liking the fact that Samsung opted to include a wide-angle lens instead of a 2x optical zoom lens that’s typically added to phones nowadays since we found that we were using wide-angle lenses more in everyday use than zoom lenses.

The front-facing selfie camera is a 32-megapixel f/2.0 aperture deal. 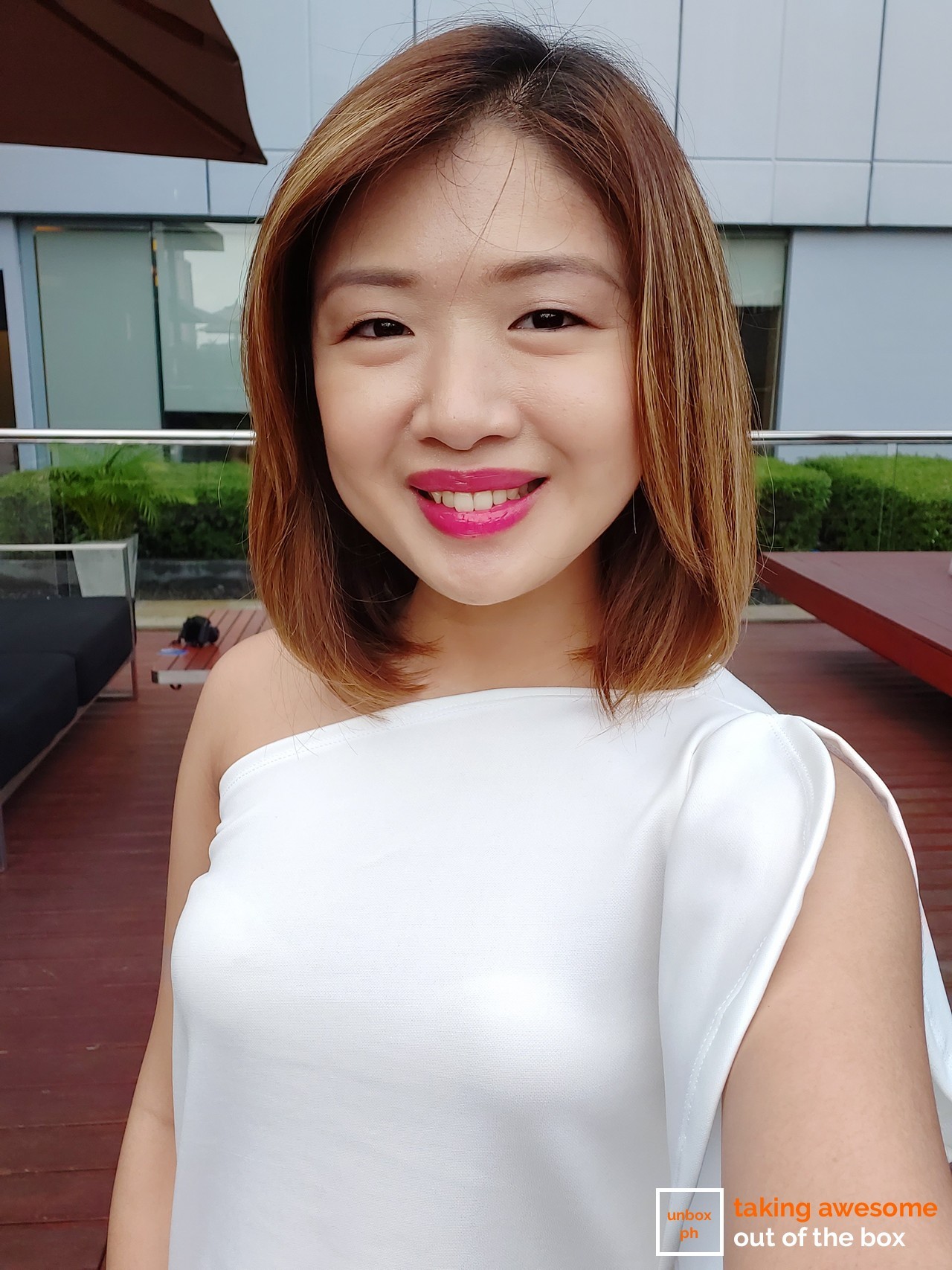 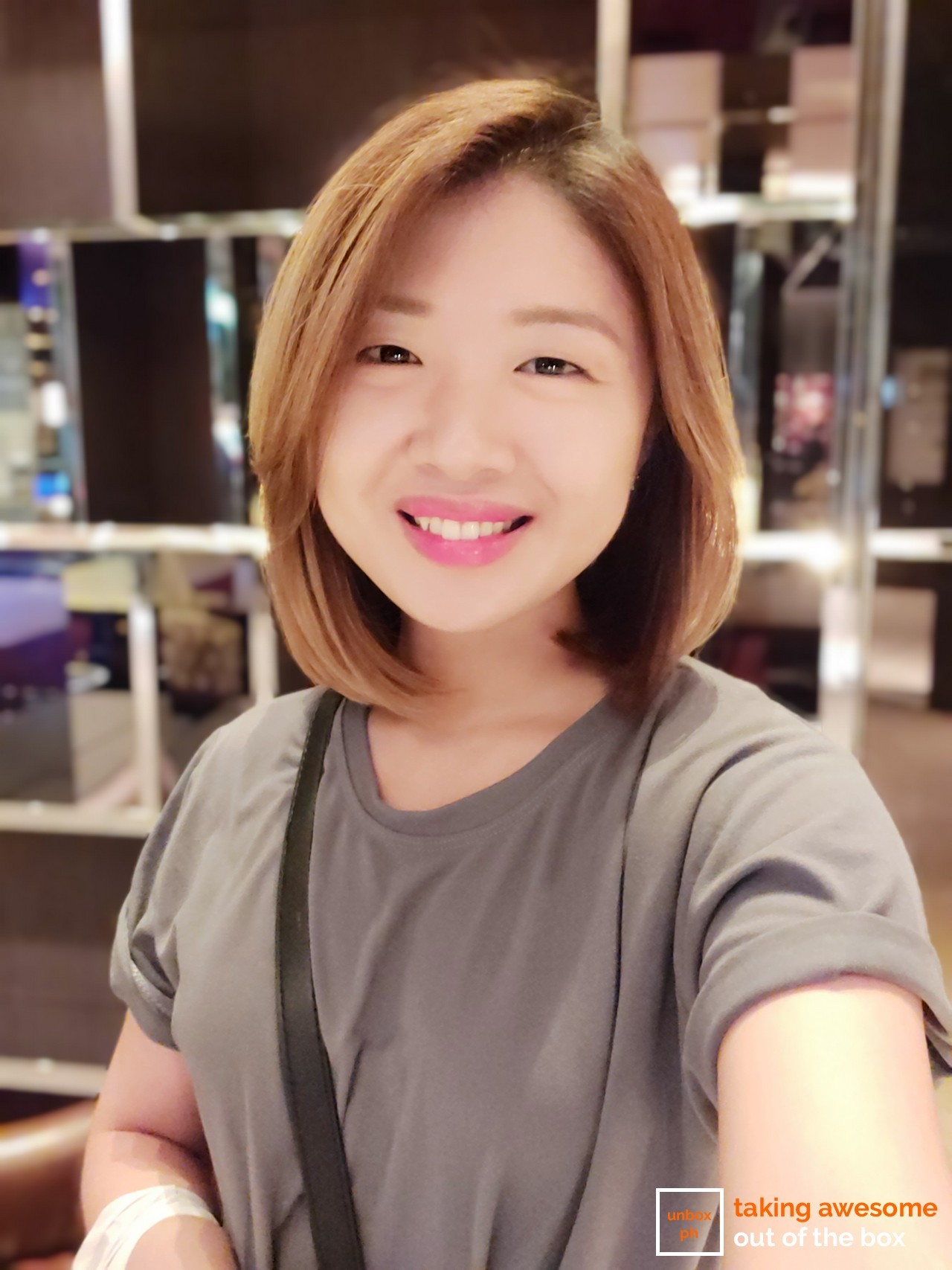 The Galaxy A70 uses that tall body to store a massive 4,500mAh battery in its chassis, which should last you literal days before you have to charge it. If you do manage to drain the phone, you can quickly get it back into action thanks to its 25W fast charging capabilities. Coincidentally, the Galaxy A70 has a faster-charging speed than Samsung’s Galaxy S10 series, which tops out at 15W. 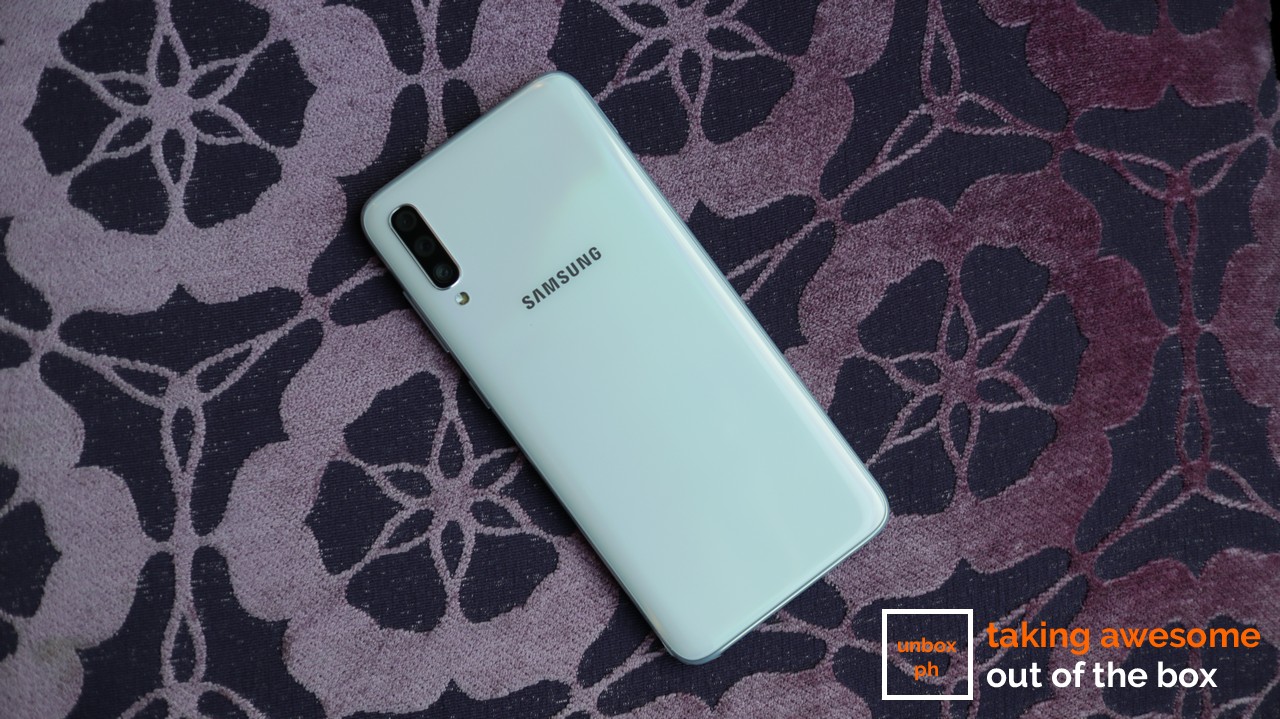 As far as pricing goes, Samsung hasn’t detailed how much the Galaxy A70 would be, though it’s scheduled to arrive in the Philippines come May. 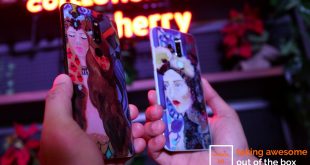 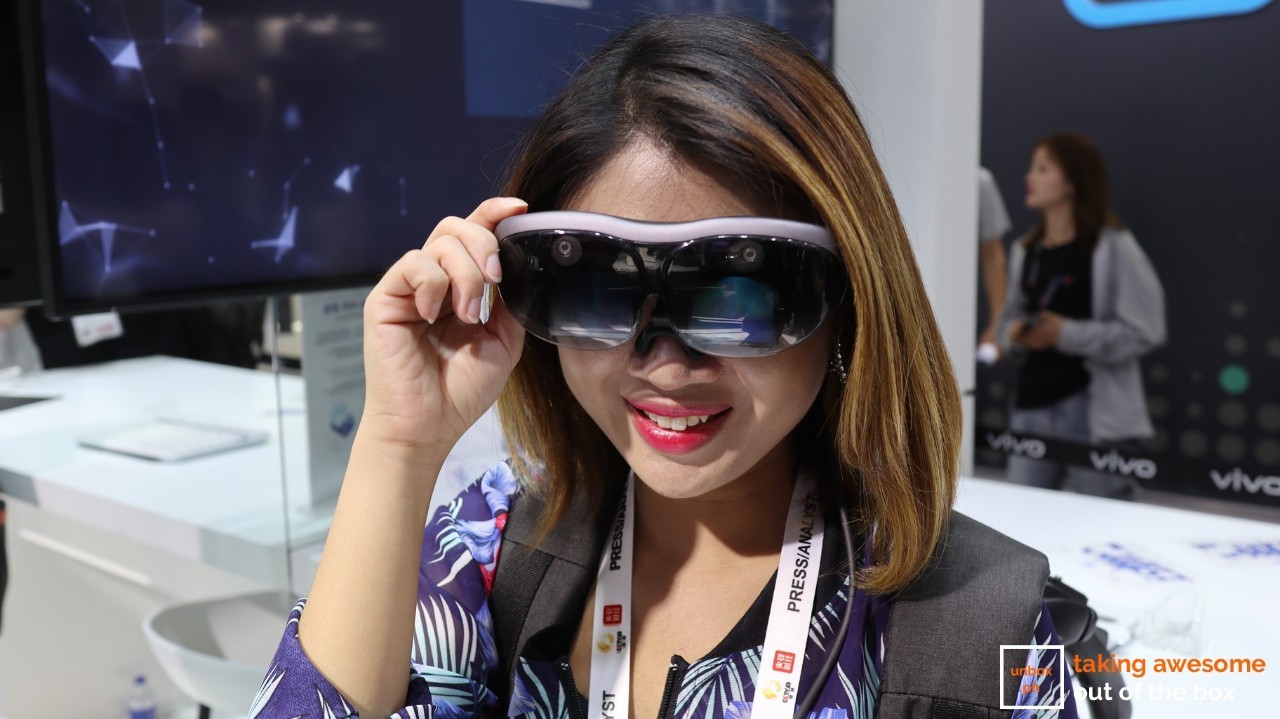 The Coolest Tech from vivo at MWC 2019 Shanghai 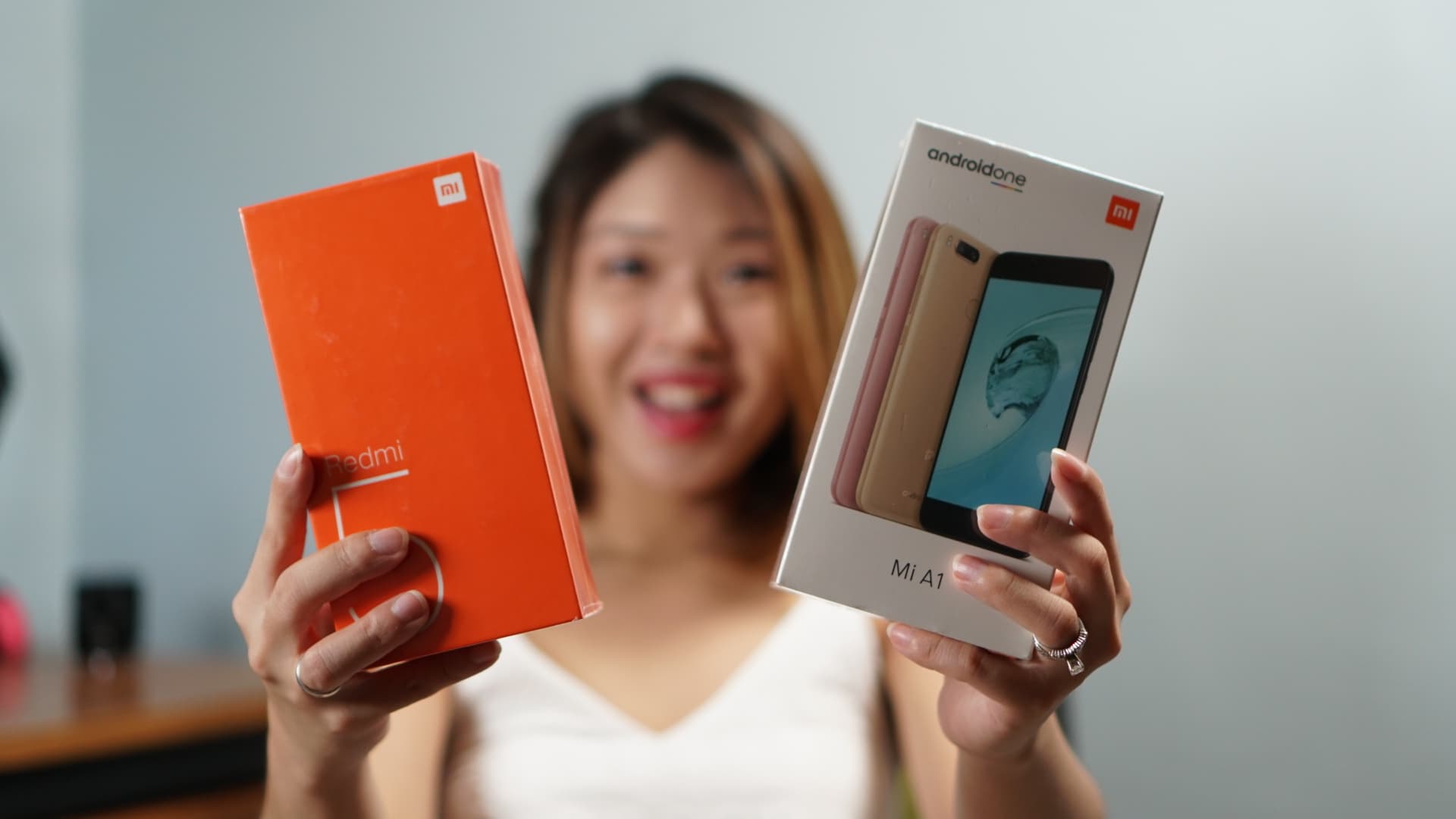 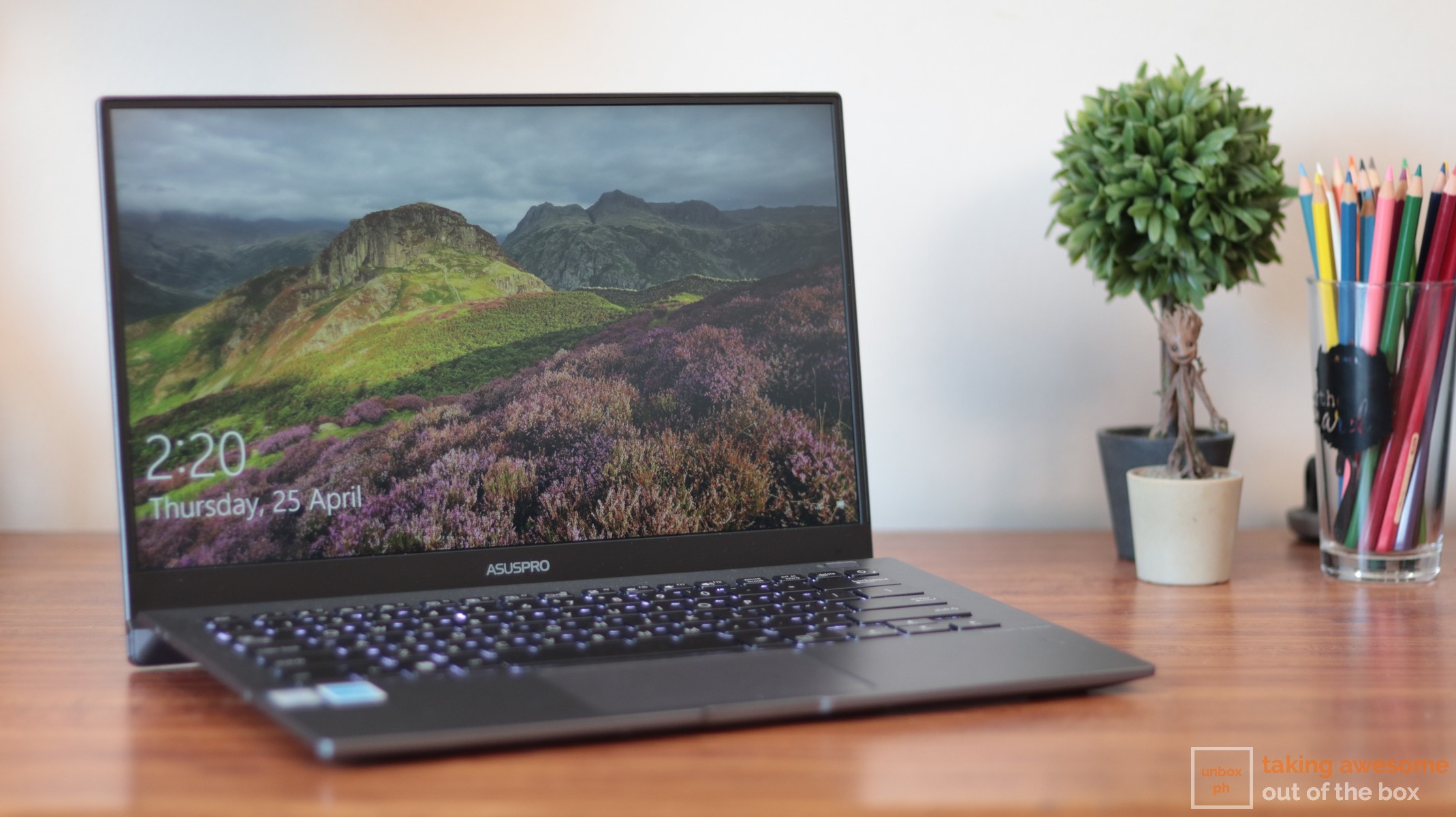 ASUSPRO B9440: The Lightest Business Notebook? 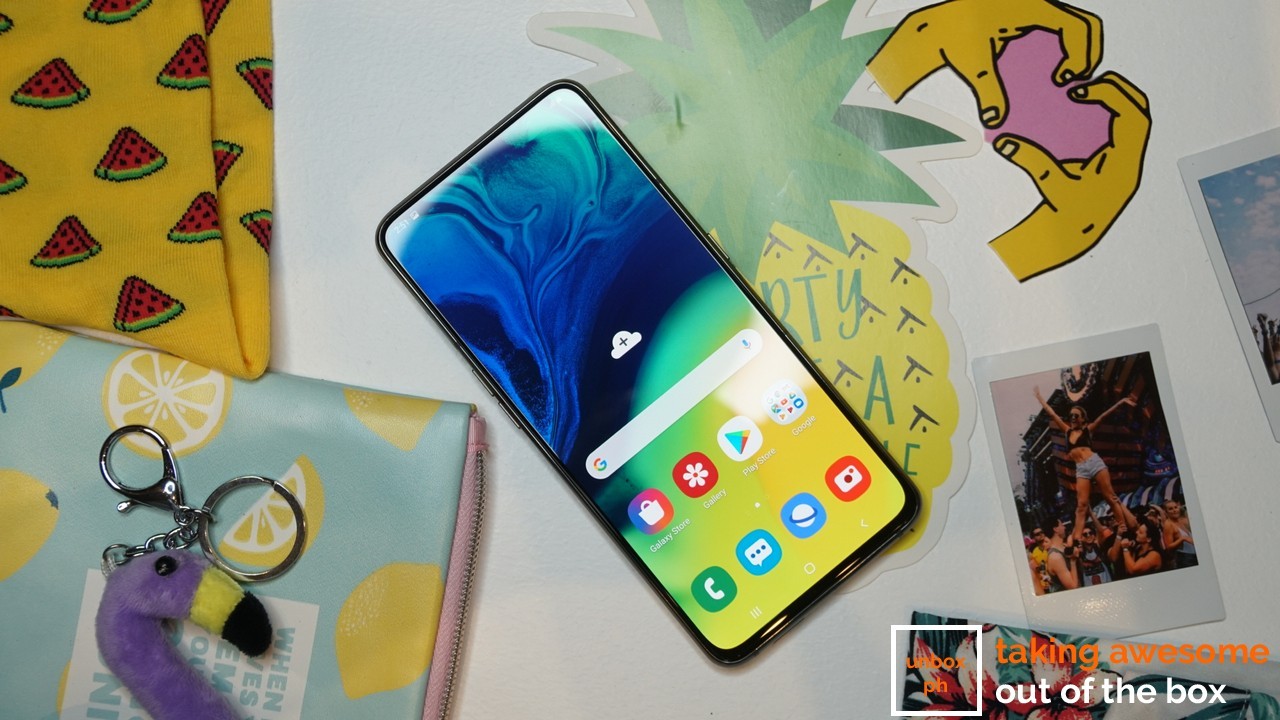