Last week Smart announced that they were offering the Acer Iconia W3 via their postpaid plans. This is the first Windows 8 device sporting an 8-inch display and a full sized keyboard dock. It was first announced around a month ago. Here’s a quick look again at the specifications.

You can get the Acer Iconia W3 from Smart either through their Smart Bro Flexisurf Power Plug It or Power Pocket WiFi Plan 499/999. This will be on top of the 650 monthly amortization (24 months) for the device. If you have the cash ready though you can just opt for a full one time payment of Php14,500 for the device so that you just have to pay for the internet plan. Comes out cheaper since the Acer Iconia W3 retails for Php19,999. 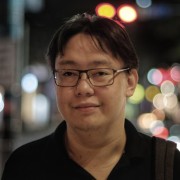