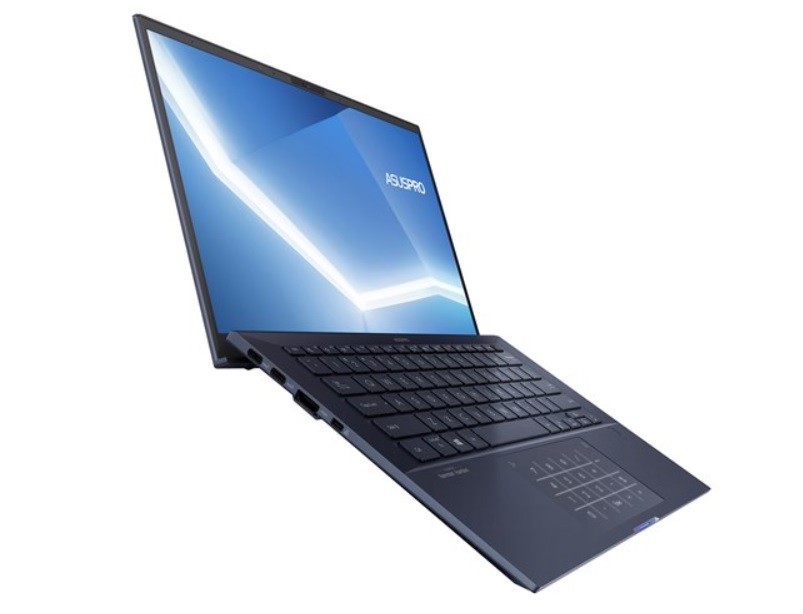 You measure its weight in grams. GRAMS!

Don’t want to lug around a heavy notebook but still want a fairly powerful machine with you? ASUS may have what you need. The company has officially unveiled its new Asuspro B9 business notebook, the world’s lightest notebook with a 14-inch display according to them, coming in at just 1.9 pounds or around 861 grams(!).

That’s an impressive title right there, and what makes ASUS’ achievement even more impressive is the fact that the notebook has some fairly powerful tech under its chassis – 10th Generation Intel Core processors, 16GB RAM and up to two 1TB PCIe 3.0 x4 SSDs.

The notebook’s 14-inch display comes in at an impressive 94% screen-to-body ratio, giving the 14-incher a profile of a much smaller 13-inch notebook.

The Asuspro B9 uses the company’s ErgoLift hinge which tilts the keyboard a few degrees to give you a better typing position. ASUS also claims that the Asuspro B9 is tested in accordance with US MIL-STD 810G military standards, which means it’s as tough as it is light.

ASUS hasn’t given out pricing and availability details for the Asuspro B9 as of yet.

Overwatch is Coming to the Nintendo Switch