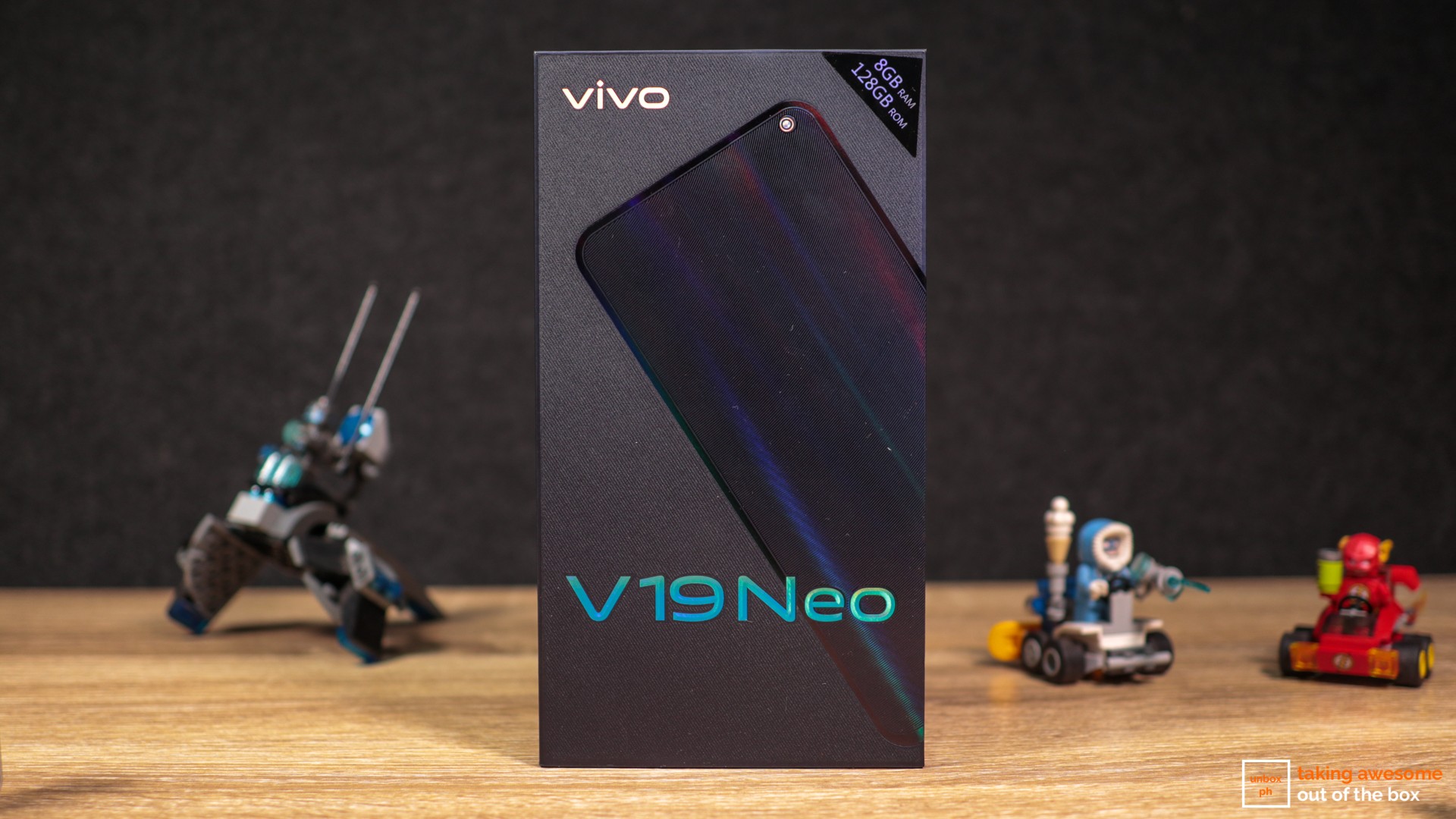 vivo Philippines has been quiet for several months, with the S1 Pro being their last major release at our shores. Their radio silence ends with the local launch of their newest mid-range phone, the V19 Neo. Also known as the India version of the V17, the V19 Neo is the first V-series phone to use a punch-hole display instead of a pop-up module.

Is the pop-up-free design and bigger battery enough for the V19 Neo to compete against current mid-range phones in the market?

-60FPS video recording for both Full HD and HD resolution

-Snapdragon 675 is showing its age 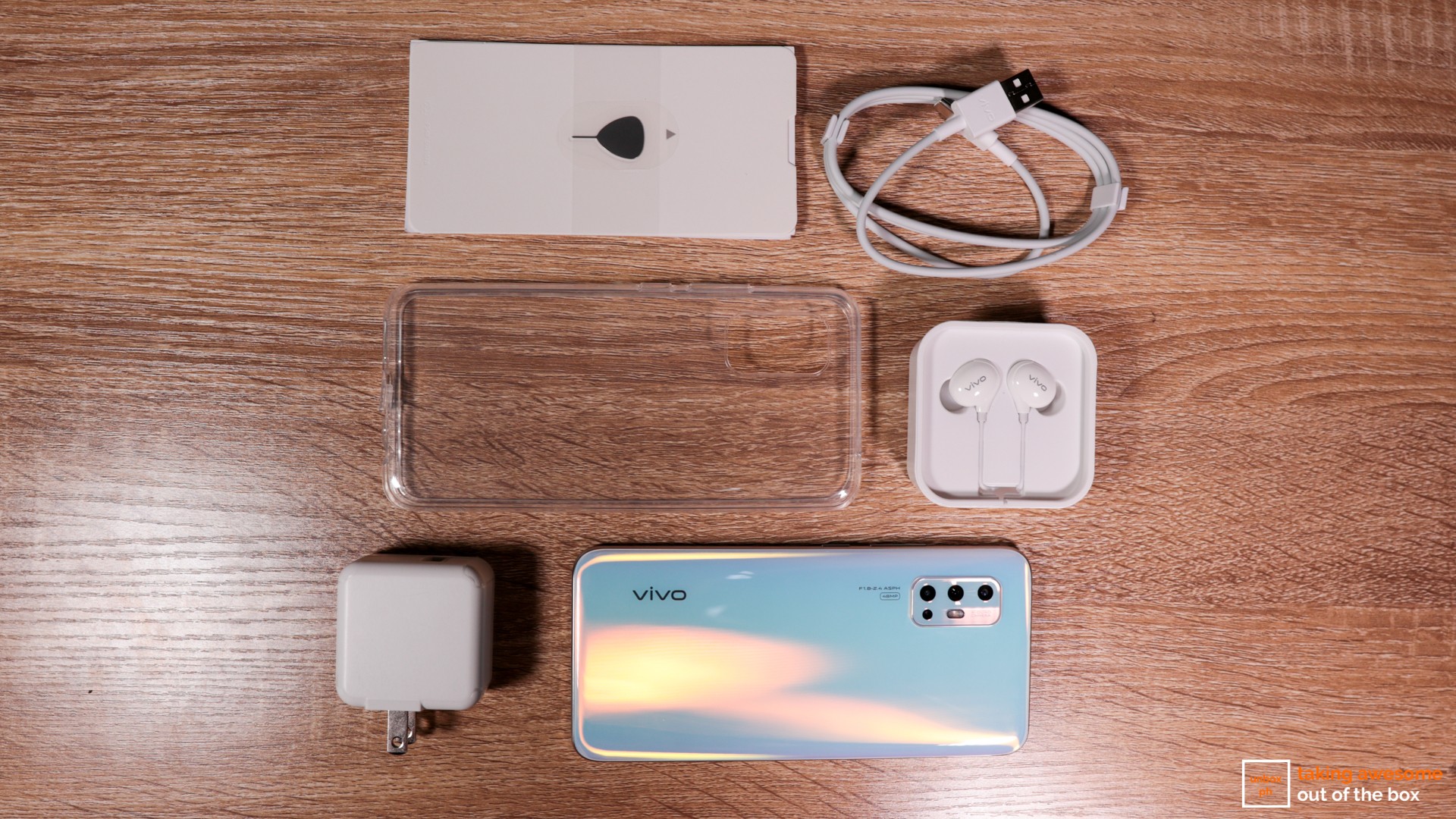 Our review unit comes with a textured black box, with the V19 Neo branding on front and a silhouette of the phone highlighting the punch-hole display. Inside the box, you have the usual stuff: 18w charger, USB-C cable, wired headset, jelly case, SIM ejector tool, documentation, and the phone itself. 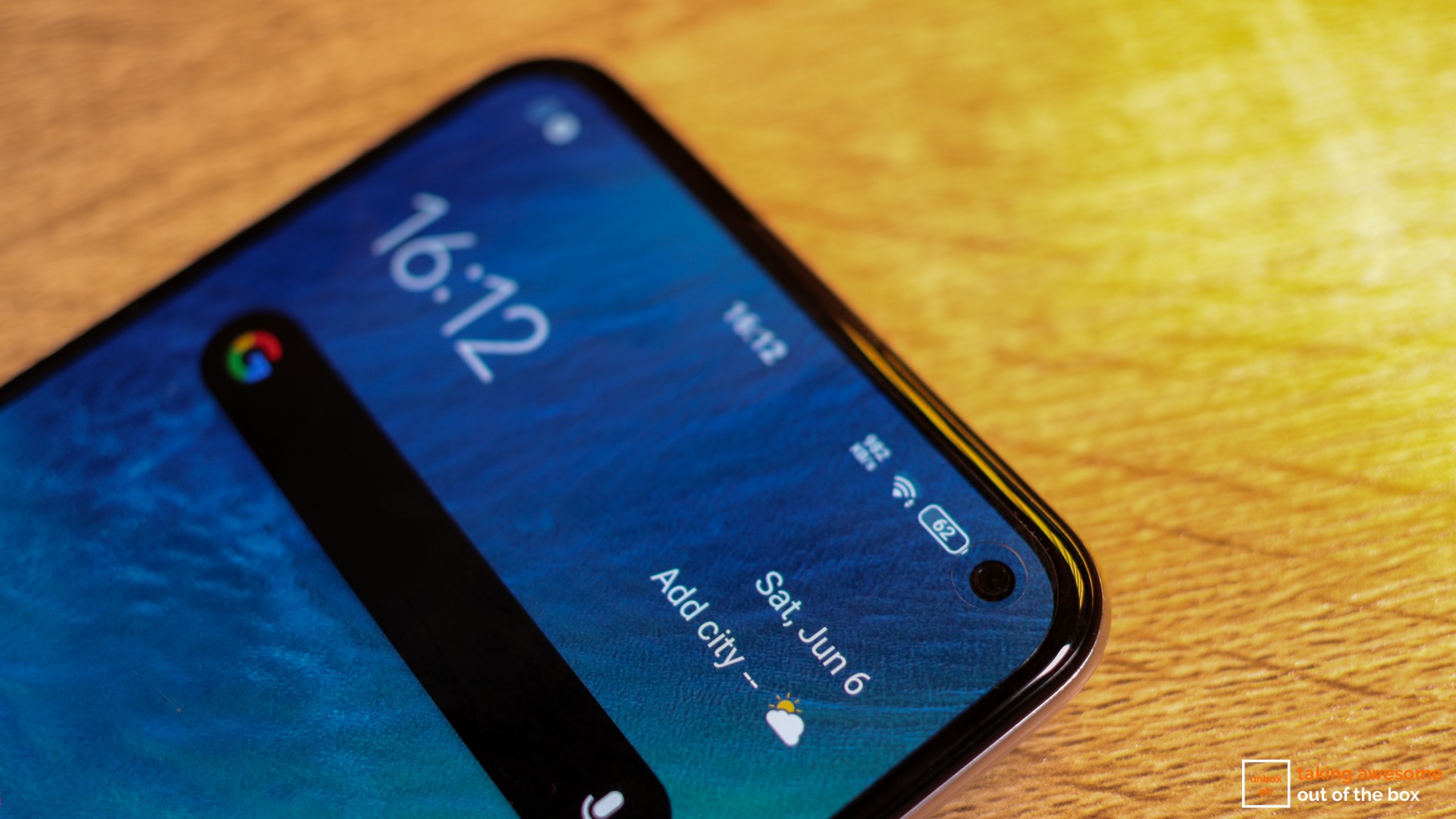 Despite vivo being one of the first brands to employ a pop-up solution with the first APEX concept phone, the brand has ditched the very tech they pioneered by employing a punch-hole solution for the selfie camera. This might be a welcome change or an annoying shift—it all depends on where you stand on the notch VS pop-up camera debate. And while this means that the screen is no longer notch-free, having fewer mechanical parts mean better overall reliability and a slimmer phone. 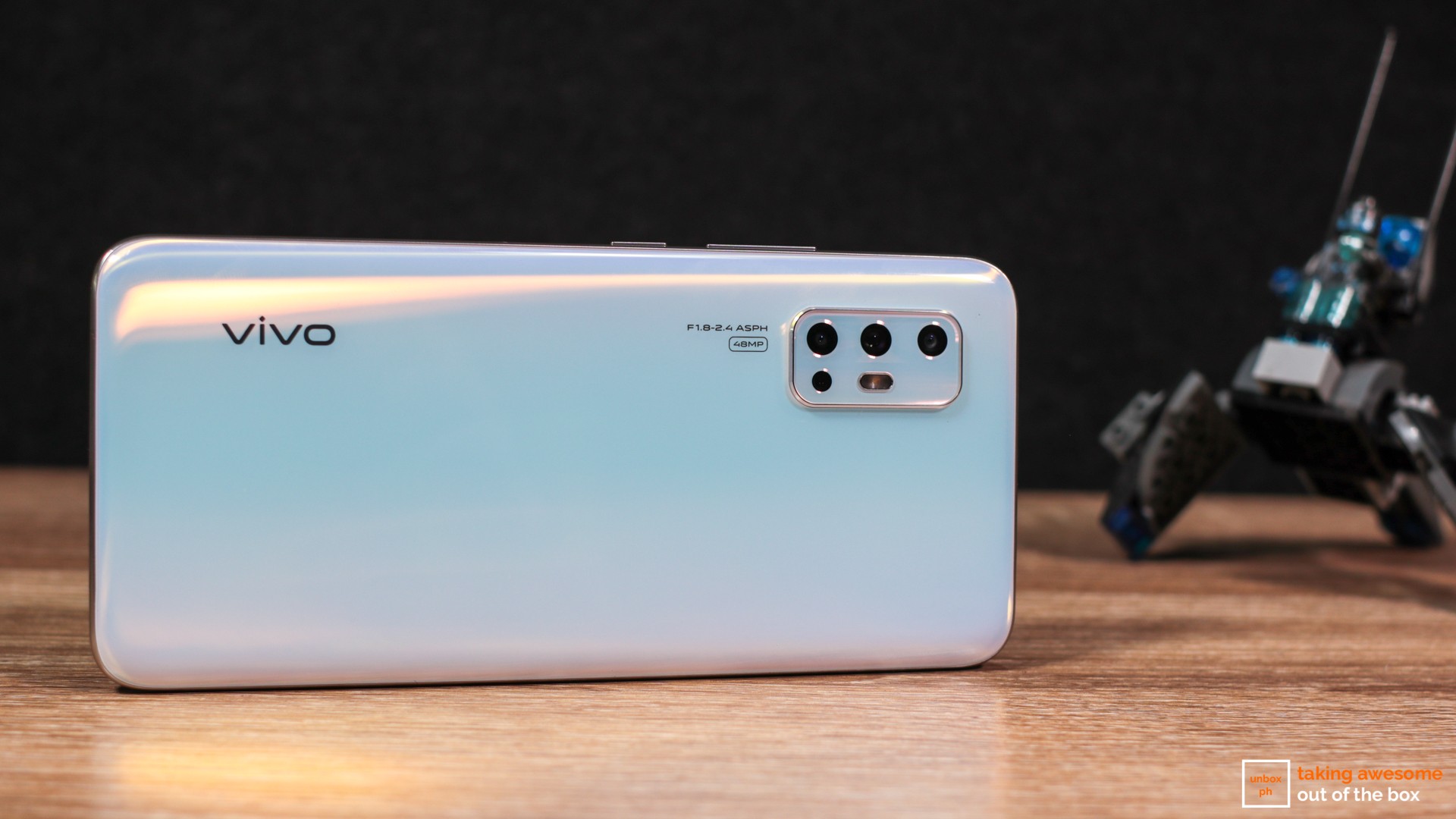 Unlike the glass-backed V17 Pro, the V19 Neo goes back to using polycarbonate for the back panel. While that may sound like a downgrade, the material of choice—along with the omission of the pop-up module—makes the V19 Neo lighter than the V17 Pro. Durability should not be an issue, as the V19 Neo feels solid to the core.

As for color schemes, the V19 Neo opts for glossy metallic finishes in either white or black. Like most smartphones nowadays, the V19 Neo has a rectangular camera module that houses four cameras and LED flash.

The button and port layout remain the same: SIM card tray on the left, power and volume buttons on the right, and USB-C, headphone jack, and loudspeaker at the bottom. 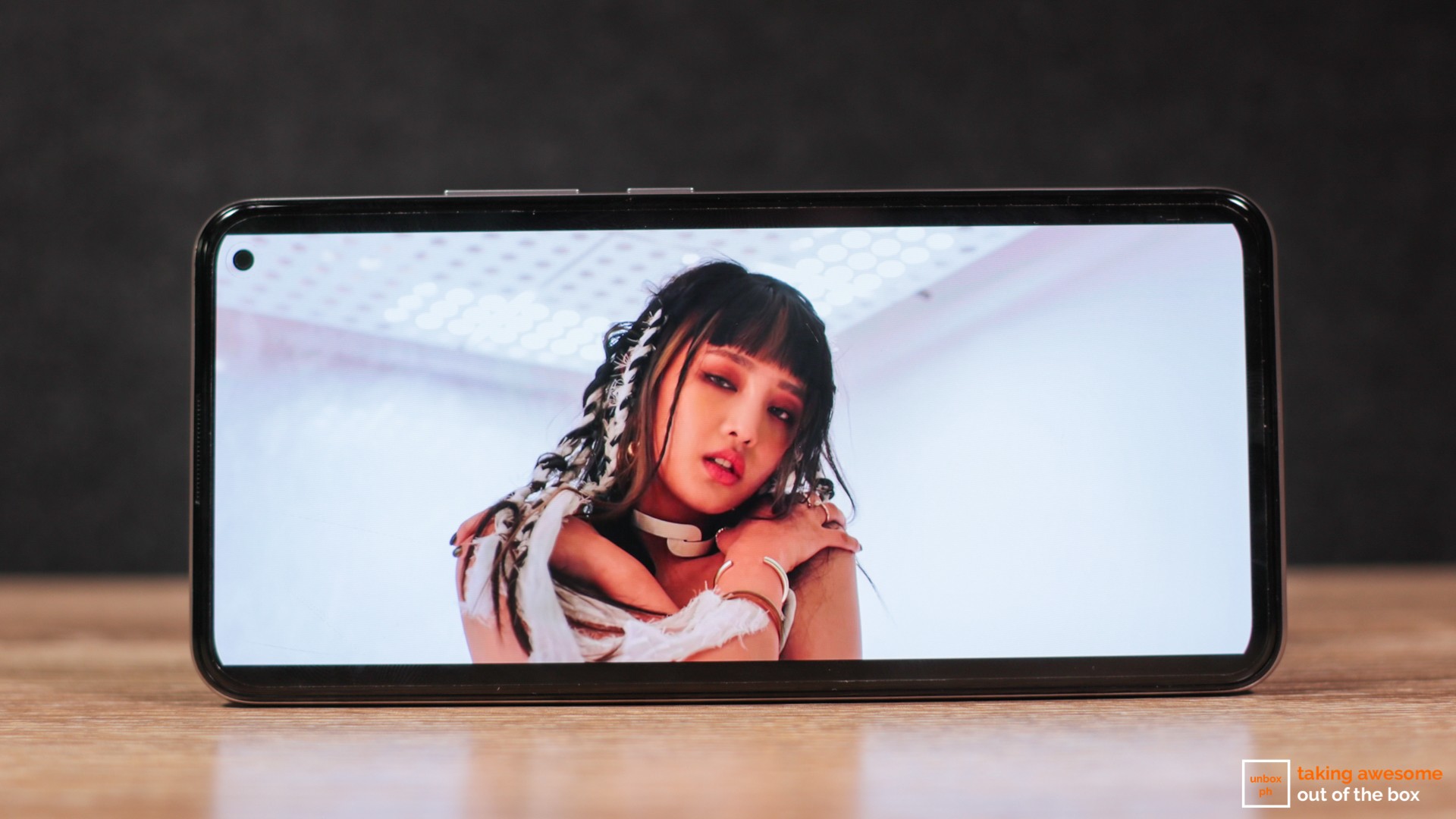 Just like every V-series phone since the V11, the V19 Neo uses a flat AMOLED panel with an in-display fingerprint scanner. You have roughly the same display size and aspect ratio of the V17 Pro, with the only difference being the presence of a punch-hole that is home to a 32-megapixel selfie snapper. To make it stand out, vivo added subtle chrome trim to it. 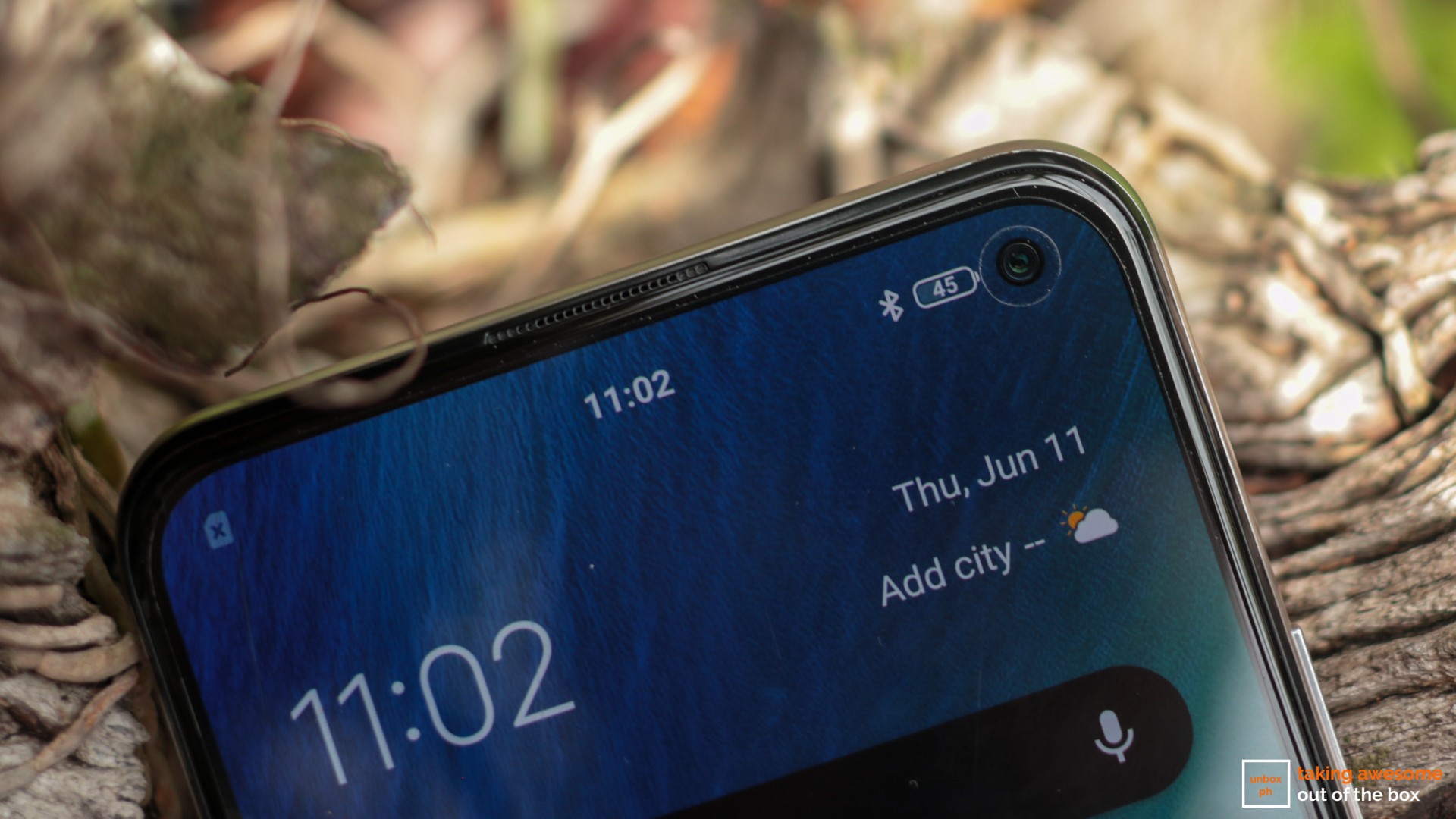 Display quality is what you would expect on an AMOLED panel, with its deep blacks and vibrant colors. While we prefer AMOLED over IPS, the V19 Neo sticks to a conventional 60hz refresh rate. Some may say that’s probably not a deal-breaker, but considering the mid-range offerings we’re seeing lately from their competitors, that may just be the feature that convinces buyers to pick up a particular phone. On the flip side, we have yet to see a mid-range phone with both an AMOLED panel and a high refresh rate. 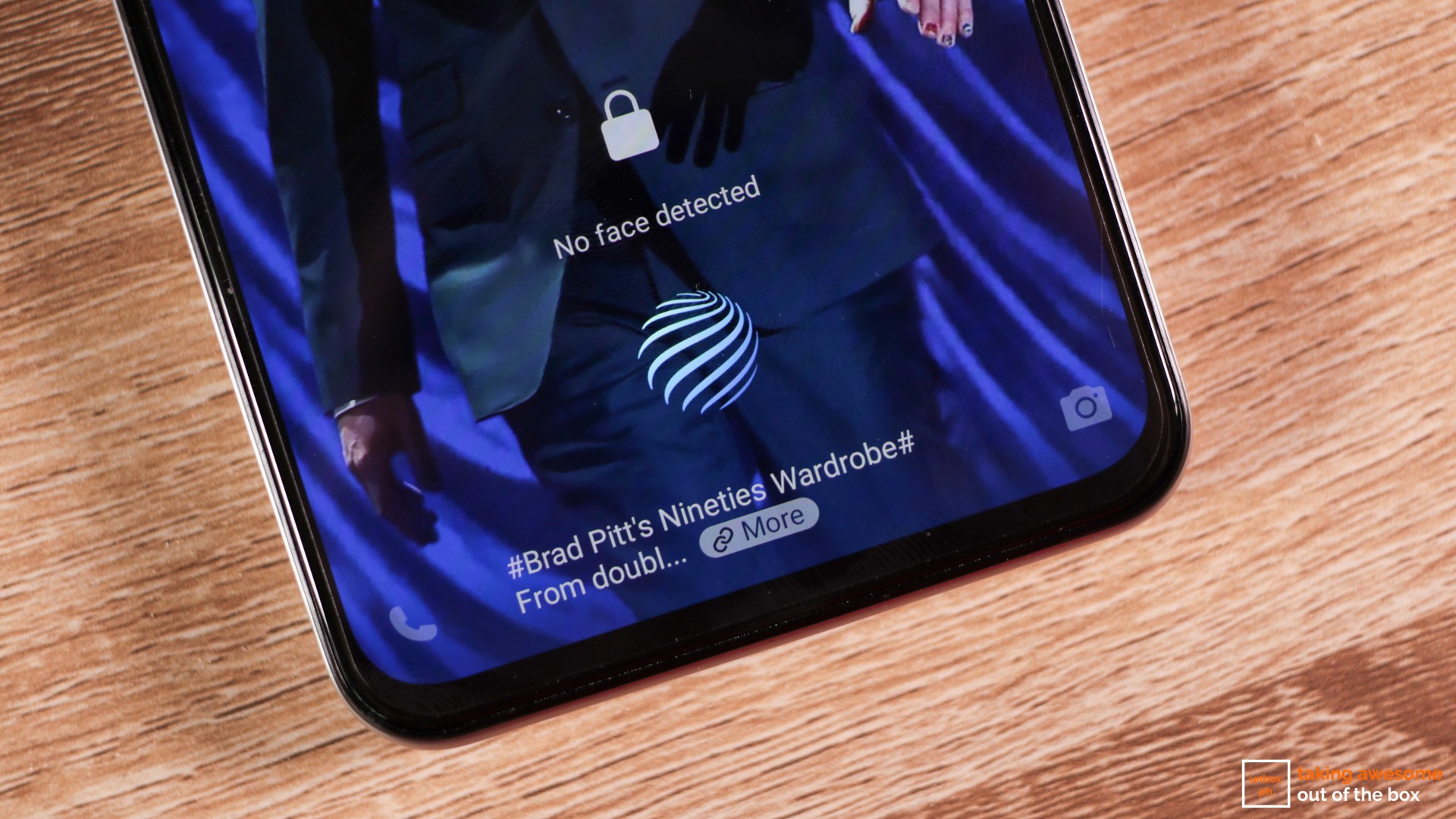 As the pioneer for in-display fingerprint scanners, the V19 Neo unlocked quickly with our registered fingerprints. The current iteration is slightly faster than the one used on the V17 Pro in terms of unlocking times. 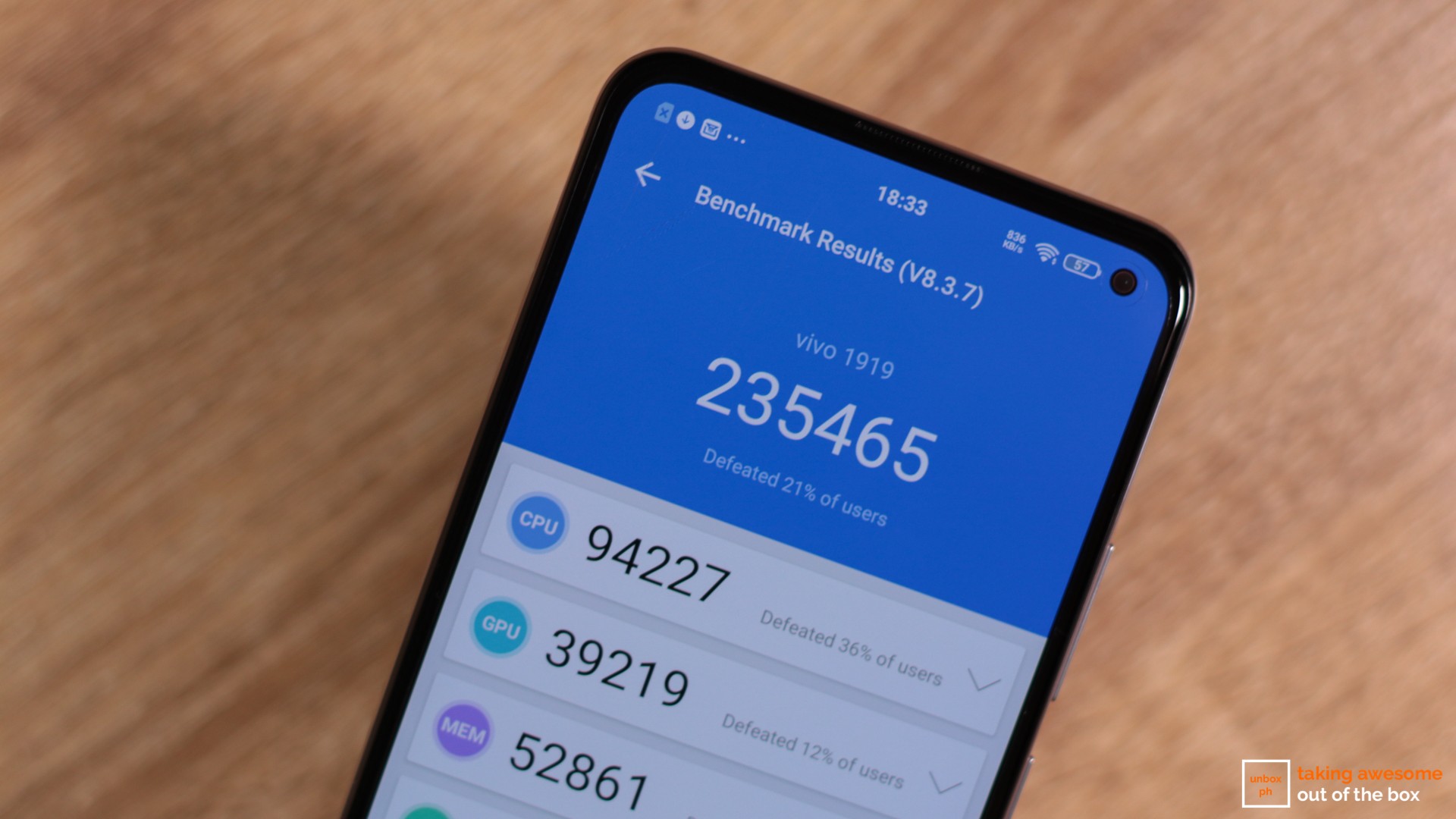 Snapdragon 675 is starting to show its age

Like the V15 Pro and V17 Pro, you also get a Snapdragon 675 processor with the V19 Neo, along with 8GB RAM and 128GB UFS 2.1 internal storage. While the almost 2-year old Snapdragon 675 is a decent mid-range processor, it is starting to show its age—especially with recent phone releases using newer processors like the Snapdragon 720G.

While day-to-day usage is generally smooth with the V19 Pro, gaming performance is a mixed bag. Based on metrics we obtained from GameBench, the V19 Neo’s internals manages to run PUBG Mobile and Mobile Legends smoothly but struggles with Asphalt 9 as we incurred frame drops in-game. Call of Duty and NBA 2K20 ran well on the V19 Neo even at maximum graphics settings, though we recommend toning it down a bit for a smooth experience.

The V19 Neo comes with Android 10 out of the box, along with vivo’s FunTouch OS skin. While it feels closer to stock Android as ever, FunTouch OS still sticks to an iOS-eque way of opening the quick control panel, which can be an annoyance, especially to long-time Android users. 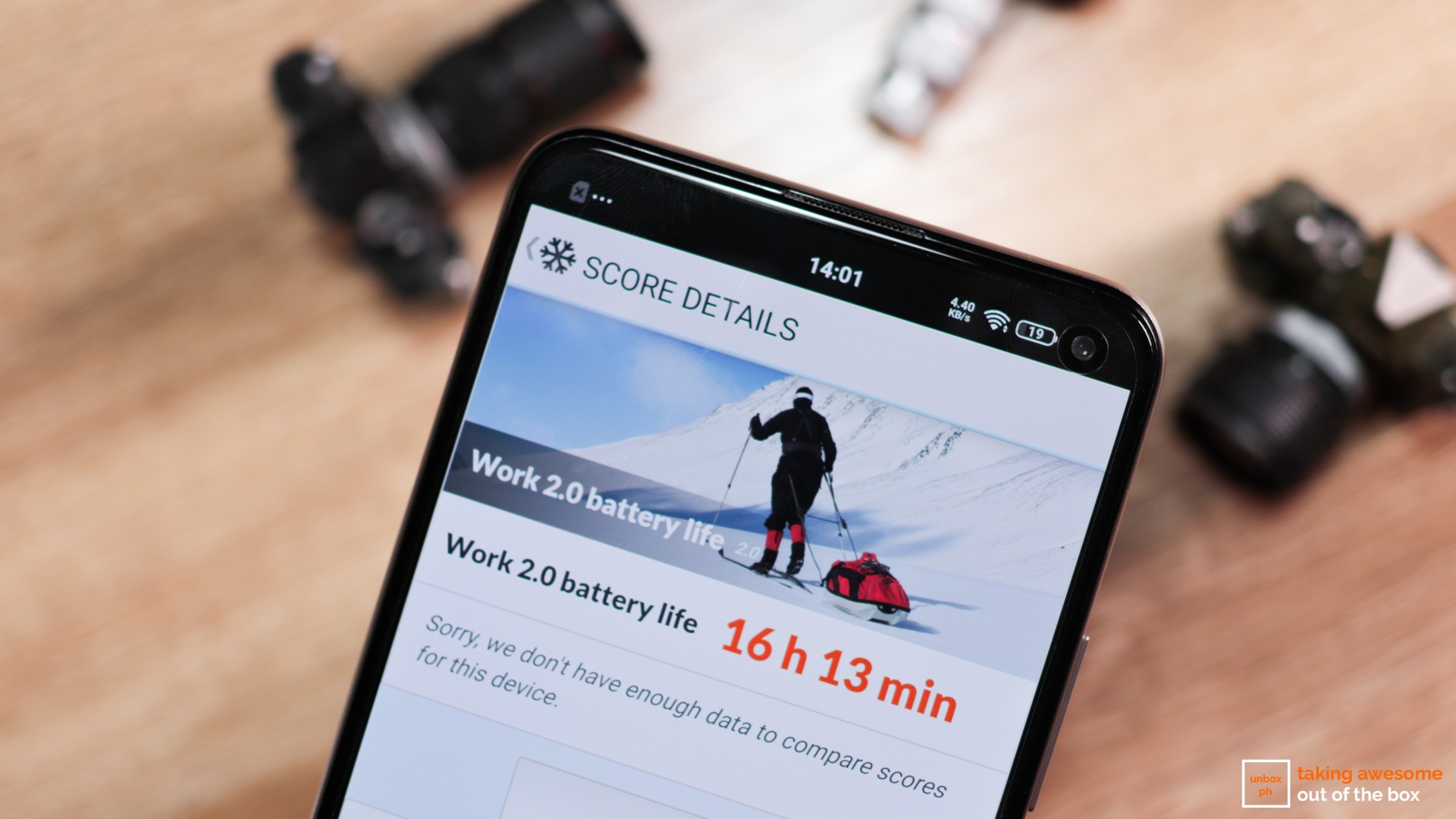 While the Snapdragon 675 is not up to par with 2020 mid-range processors performance-wise, it makes up for it with impressive battery life. Paired with a 4500mAh cell, the V19 Neo scored a little over 16 hours in PCMark, which translates to over a days’ worth of use. You get 18w wired charging with the V19 Neo, and it takes around two and a half hours to fully top up the battery. 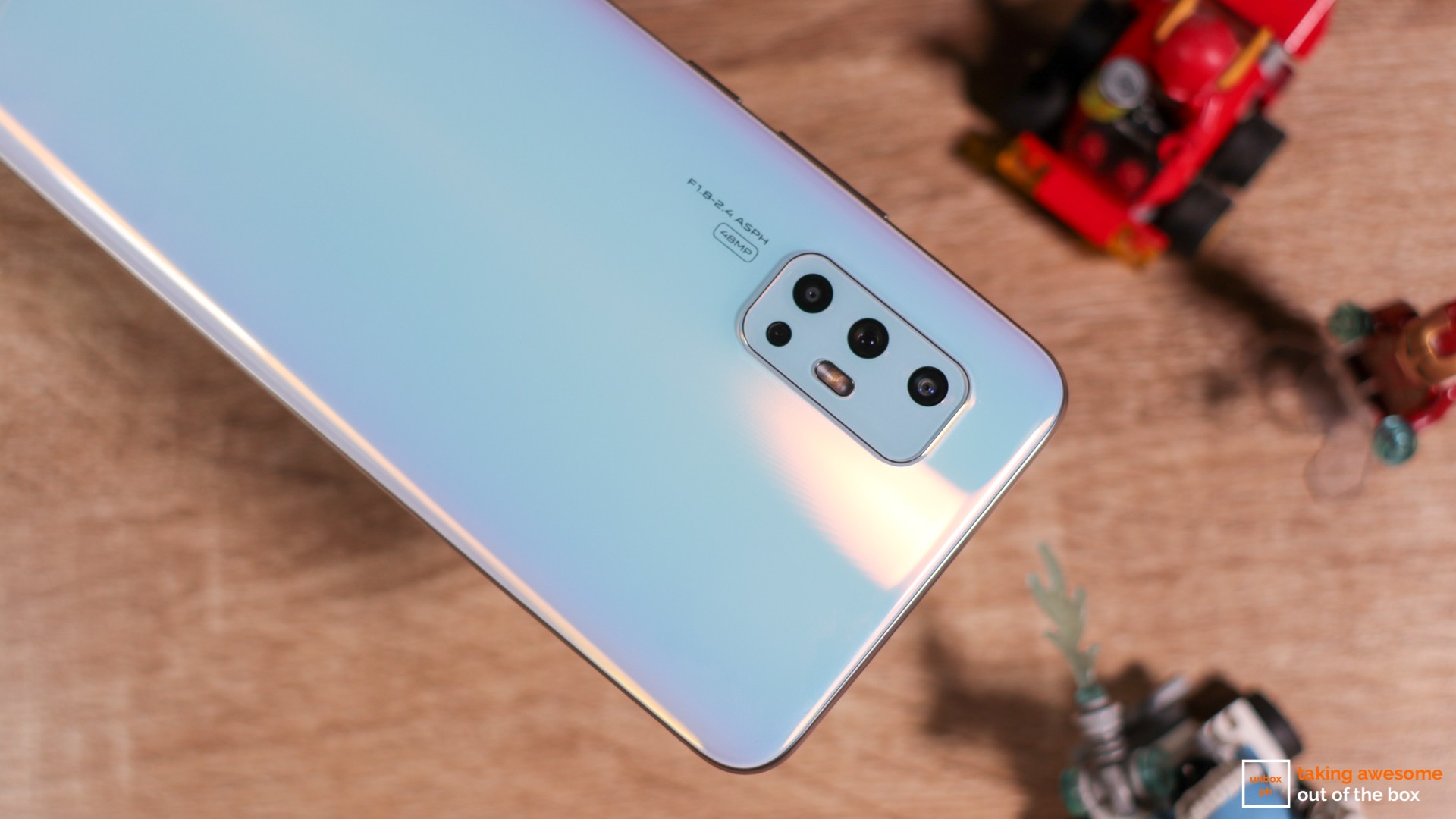 While the team generally thinks that macro cameras are there to stuff the spec sheet, the V19 Neo produced good close-up shots, provided that you have adequate lighting. The V19 Neo’s Night mode is limited to the main camera, so you will have to settle for the default camera mode if you want to use the ultra-wide-angle camera for low-light shots.

As for the front camera, selfies taken with the V19 Neo look natural and less processed compared to previous V-series phones. If you  insistent on making your selfies more flattering, you still get vivo’s suite of beautification features.

For videos, vivo added a 60FPS option for both HD and Full HD video recording, though you lose EIS when shooting at this mode. Here’s a sample clip shot in Full HD at 60FPS:

While the V19 Neo stands out among most mid-range phones with its AMOLED punch-hole display and a fast in-display fingerprint scanner, it will face very tough competition because of its processor of choice. The Snapdragon 675 is almost two years old, and most mid-rangers nowadays are using Snapdragon 7-series processor, with the Snapdragon 730 and 720G being popular picks.

Dated processor aside, the V19 Neo makes up for it in the imaging department, as Vivo squeezed in the processor’s capabilities in improving image post-processing and adding extra features for video.

The V19 Neo is priced at Php 17,999. Those pre-ordering the V19 Neo starting today until June 19 will get a pair of wireless noise-canceling earphones and an additional 6 months warranty on top of the usual 12 months warranty. 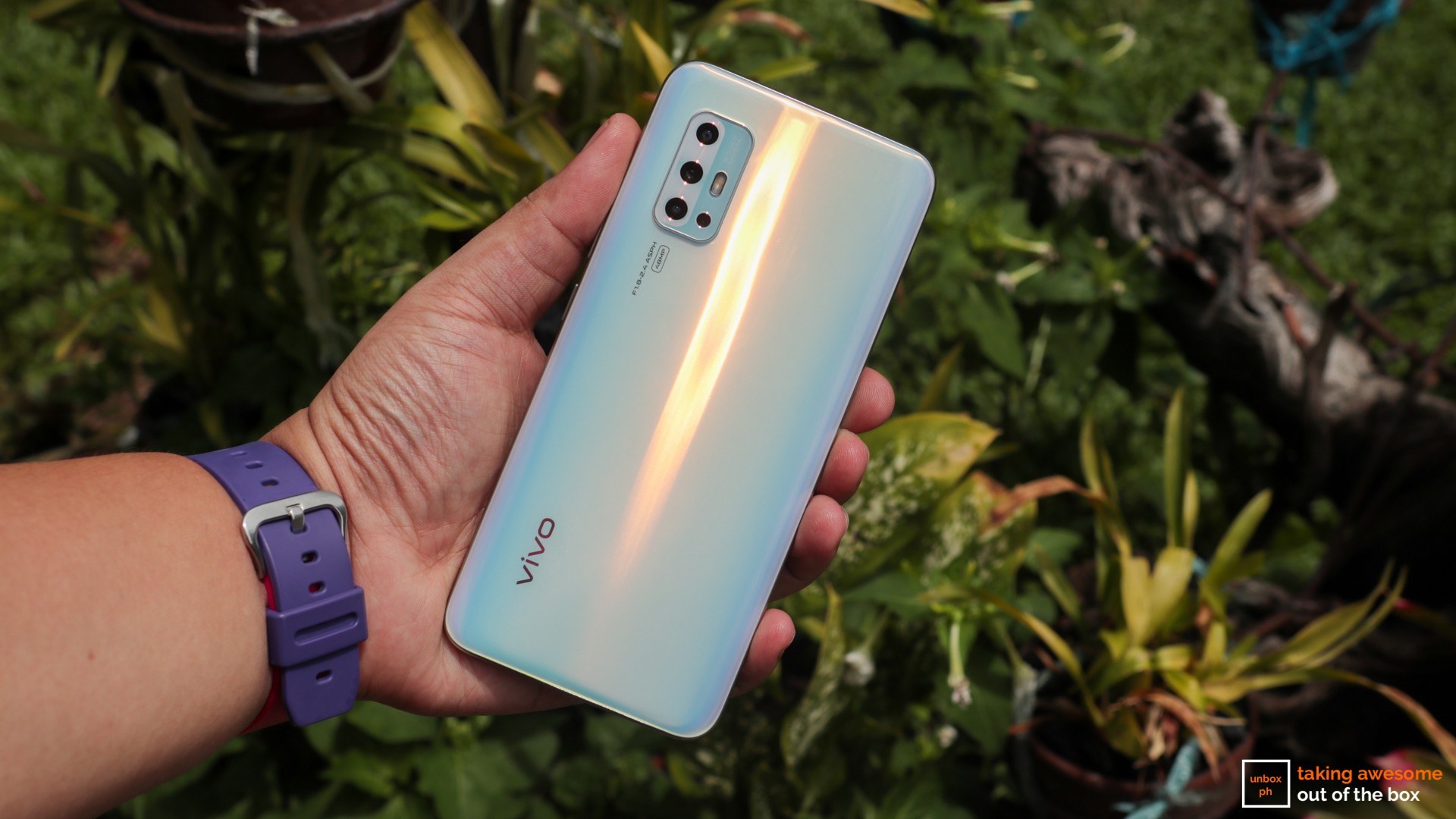