Aside from making waves with its value-for-money smartphones, Xiaomi is making a killing in the wearable market—led by its Mi Band series. According to Canalys’ Q3 2019 report, Xiaomi has 27% of the market share, followed by Apple and Huawei at 15% and 13% respectively. 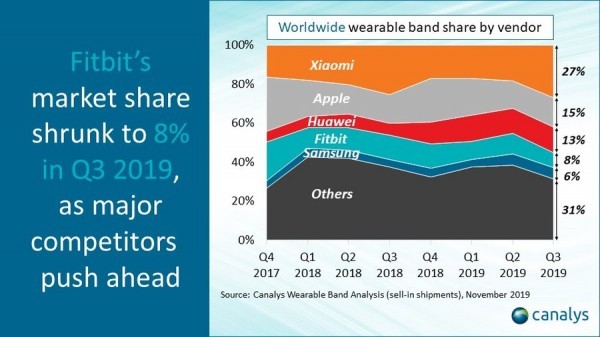 Unlike Xiaomi, Apple, and Huawei, wearable manufacturer FitBit exhibit a decrease in growth, shrinking down to 8%.

On a per-region analysis, the Asia Pacific region (excluding China) experienced the biggest shipment growth for wearables, which is attributed to brands offering low-cost wearables that are more accessible to the public.

You can read the full report here.