After launching several premium phones which targeted the higher market (Mi4, Mi Note, Mi Note Pro), Xiaomi has renewed its focus on the mid-end with their Mi 4i. The Xiaomi Mi 4i holds the distinction of being the first major device that the company launched outside of China, intended to be sold and marketed in the global market, starting with India. The Mi 4i signifies Xiaomi’s intent to conquer other markets outside of China.

Xiaomi decided to go with a simplistic design with the Mi 4i in sharp contrast with their previous releases, the Mi Note (and the Note Pro). The Mi 4i uses a very simple rectangle design that utilizes a polycarbonate battery cover that is non-removable. Its soft touch matte design feels very smooth and luxurious for a phone at its price range. Xiaomi says that the rear of the Mi 4i has an anti-grease coating that won’t stain even if you mark it with a permanent pen, though we opted not to test this out.

The layout of the phone is typical, with the 3.5mm audio jack on top and the power and volume keys on the right. The dual SIM card slots are located on the left side of the phone. The USB port is on the bottom, and aside from charging, the port also allows you to use thumb drives via OTG capability.

The position of the loudspeaker is similar to the Redmi 2, which places it on the back – the only problem is that you can’t hear it ring when the back is lying flat on the table. The front panel sports the MI logo on the upper left corner of the unit, while the sensor is located on top of the earpiece, notification lights on left of the earpiece and the 5 MP selfie camera with an f/1.8 aperture is located at its opposite side. The bottom of the display has lighted capacitive keys. The 13-megapixel rear camera is located at the upper left of the back panel and beside it is the dual led flash. The camera lacks image stabilization which can cause blurred pictures with shaky hands.

The Xiaomi Mi 4i features a 5-inch, full HD IPS display with 441ppi (pixels per inch). The Mi 4i is equipped with the sunlight display technology, which essentially means it lets you view images easier outdoors. We compared the Mi 4i’s display with the Mi 4 and saw that its older sibling displays more vibrant colors and overall better color definition. Despite that, everything looks sharp and crisp, with good color reproduction and vibrant images. It is certainly not cheaply made, and it isn’t just a nerfed edition of the Mi 4.

Xiaomi uses the Snapdragon 615 processor, which the company says was especially tweaked by Qualcomm for the Mi 4i. The second generation version of the 615 uses a slightly faster main cores (four cores running at 1.7GHz) and four 1.1GHz lower energy consumption cores for mundane tasks. Paired with the 615 processor is 2GB of RAM plus the 16GB of non-expandable storage. Xiaomi VP for Global Hugo Barra said that non-expandable storage will be the norm for all Mi phones, the only exception being the Redmi category which is targeted at the lower-end market.

The Mi 4i got a score of 40418 via Antutu, which is a pretty decent score for a phone at its price range. This phone is a notch higher than the Mi3 but trails Mi4 by quite a few points. For the LTE/4G connection, our sample unit could only connect to Globe’s LTE band as it’s labeled as only having Band 3, similar to that of the Redmi 2 offered by Mi Philippines. Smart LTE requires Band 1, and, as a result, can only hit H+ or 3.5G with this handset. Both SIMs are LTE enabled.

Our initial encounters with Qualcomm’s Snapdragon 615 processor left a bad impression as we found that devices using the SoC had overheating issues under heavy load. The Mi 4i is no exception – under full throttle, the phone registered a very hot 44.5 degree Celsius. This left it uncomfortably hot to hold, much like the Mi Note Pro. With normal browsing, the phone reaches up to 36 degrees Celsius, dropping to 33 in standby Mode.

Xiaomi Mi 4i is equipped with a 13-megapixel rear camera with dual-tone LED flash, along with a f/1.8 aperture. This uses the same module as the Mi Note though it lacks a dedicated OIS system.Pictures taken are pretty decent but a little blurry when your hands are shaky due to the lack of OIS. The front 5-megapixel camera takes pretty good selfie pictures too.

Xiaomi has equipped the Mi 4i with a 3,030mAh battery. This allows the phone to go around 23 hours of normal use with browsing, calling and watching videos in Facebook.

A solid, reliable mid-range phone for the mass market

Xiaomi says that the Mi 4i was designed to be a flagship phone for the “emerging markets”. The entire package is good enough for most people looking for a powerful mid-range phone, but the inclusion of Qualcomm’s Snapdragon 615 processor may turn away potential customers. Xiaomi is walking the path of Apple, imitating its way of producing a lower version of its flagship phone, with the Mi 4 being the iPhone 5s and Mi 4i being the iPhone 5c. The company’s attempt to produce a lower-cost flagship is partly successful, evidenced by the fact of our difficulty to acquire our own review unit during the first 3 weeks of the flash sale at Xiaomi Taiwan. The only issue we can see (aside from the overheating problems) is the lack of expandable storage for the phone. If you are in the hunt for a reliable and compact Android Lollipop without shelling out too much cash, the Xiaomi Mi 4i is probably one of your best bet to date. This handset could easily be the phone that put Xiaomi back on track after releasing several premium phones and jumpstart their sales for the emerging markets in 2015. This phone could be bought for 6499 NT or roughly 9900 Pesos from Xiaomi Taiwan. 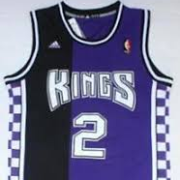 3 Android Tablets Coming Soon that are Worth Watching Out For

You Can Get The Xiaomi Mi 4i Exclusively From Smart, Pre-registration Starts July 24

Xiaomi Officially Launches Mi 4i in PH, Retails for Php 9,799

Xiaomi Launching Mi 4i in PH on July 20

Mi Philippines Teases New Product on Facebook, Is This The Mi 4i?