We review the Suzuki Jimny!

Back in 1998 Suzuki made the Jimny, a no nonsense, no frills cheap 4×4 that could go almost anywhere. Since then the little 4×4 that could has gotten a string of very minor facelifts, though at its core it’s the same almost indestructible little off-roader that has endeared it in the hearts of 4×4 enthusiasts everywhere. Today we’re reviewing the latest manual transmission model of the Jimny, and see just how far this little offroader can go.

Still the same design that you’ve come to expect

Like we said earlier, the Jimny’s design has been tweaked a little bit for the latest model, but only folks who know about the little 4×4 will be the ones to immediately pick up on the changes. There’s now an air scoop on the top of the hood and a squarer front fascia, but other than that the new Jimny looks virtually identical to the old one. The Jimny is very, very short, especially for a 4×4, and is even shorter than the ubiqoutous Toyota Vios.

That means you won’t have any problems parking this thing. The wheelbase is also extremely short as a result it’s not the most precise vehicle to drive on the road. It’s short, tall and absolutely looks like a car that an anime character would drive.

Things don’t improve once you get into the cabin. Once you step into the driver’s seat, you’re instantly transported back to 2005, at least that what it felt like when we first got behind the wheel of the Jimny. Creature comforts are thin – there’s A/C, seatbelts and a AM/FM/CD radio that would have been cutting edge back when the first Matrix hit theaters. If you love streaming music from the interwebs, you’re out of luck – there’s no way to interface your phone or tablet with the entertainment system of the Jimny unless you rip out the head unit and replace it with something made in the past five years. You can probably dig through your CD collection and unearth that Limp Bizkit CD that you’ve always kept under your matress, but aside from that you’re pretty much stuck with listening to local radio.

There’s enough room in the back to sit three friends of average height. You might not want to give your taller friends a ride though, at least if they’re sitting at the back since the limited legroom means they’ll be stabbing the passenger or driver’s back with their knees while you navigate through hellish Manila traffic.

You also don’t want to take extra passengers when you go on vacation – trunk space is limited. Our camera case and messenger bag barely fit in the back together, though you can fold the back seats for more room, but that means your friends will just have to find another way to get to the beach.

One thing that we do like is the push button 4WD selector at the bottom that allows you to switch from 2WD, 4WD and 4WD-L. You can change the drive mode even while moving though we recommmend you come to a complete stop before doing it. Just stop, change out to 4WD when you think the situation requires it, and zoom off.

While the Jimny’s creature comforts leave a lot to be desired, it does have one thing going for it that other vehicles can’t match. Insane off-road performance. We took the Jimny out to the badlands in Rodriguez, Rizal, where only trucks and other multi-wheeled vehicles dare roam and it absolutely had no problems at all. Muddy roads? Pfft. Smelly streams? No problemo. High grades? Not an issue. Just pop that sucker into 4WD mode and drive over wherever you want. It’s like a wiley mountain goat – able to clamber on even the steepest of grades and move over it like it ain’t no thing.

This is possible because the Jimny is incredibly light, at least for a 4×4 vehicle, which means its less likely to get bogged down in mud, loose soil or sand. There’s almost no overhangs to get caught up anywhere, and the long-stroke suspension takes the edge out of bigger bumps. Its smaller footprint also allows it to drive in roads that would make bigger SUVs piss their pants.

Unfortunately once you move off of the dirt and into asphalt, the Jimny performs rather poorly. Because of its short wheelbase and its ride height, it feels bouncy on the pavement. The brakes are spongy and does not have ABS. Acceleration isn’t the best, and once you get going it struggles to go past 100km/h, thanks to its brick aerodynamics.

Small body, light frame but the mileage is uninspired

Let’s talk about the engine for a second. The Jimny has a 1.3 liter engine that’s capable of producing around 83hp @6000rpm. You can have the Jimny in either 5 speed manual or 4 speed automatic, though we’d suggest you stick with the manual version. Because of the Jimny’s light weight, it should get good mileage on the road, right?

Not exactly. During our time with it, we got a mileage of around 8 kilometers per liter with combined highway and city use. We’re going to chock that up to the Jimny’s hyper-efficient brick aerodynamics, and you can expect to get a lower number if you’re going to drive this thing around the city all the time.

Verdict: A small 4×4 that can handle anything – if you don’t mind its quirks

So who is the Jimny for? Obviously we can’t recommend the Jimny to everyone – it’s spartan interior, low luggage capacity, brick-like aerodynamics and low mileage will turn off a lot of people. So who is left?

Simple – it’s for anybody who wants to drive anywhere they please. Seriously, the Jimny is almost unstoppable in any road condition, which makes it perfect for the flood-prone streets of Metro Manila. As long as the water isn’t as deep as the engine or the exhaust, you can drive the Jimny right over that flooded road without any problems as other cars look on longingly.

Prices for the Jimny are as follows:

It Has Begun: Netflix Starts Blocking Australian Users That Use Proxys 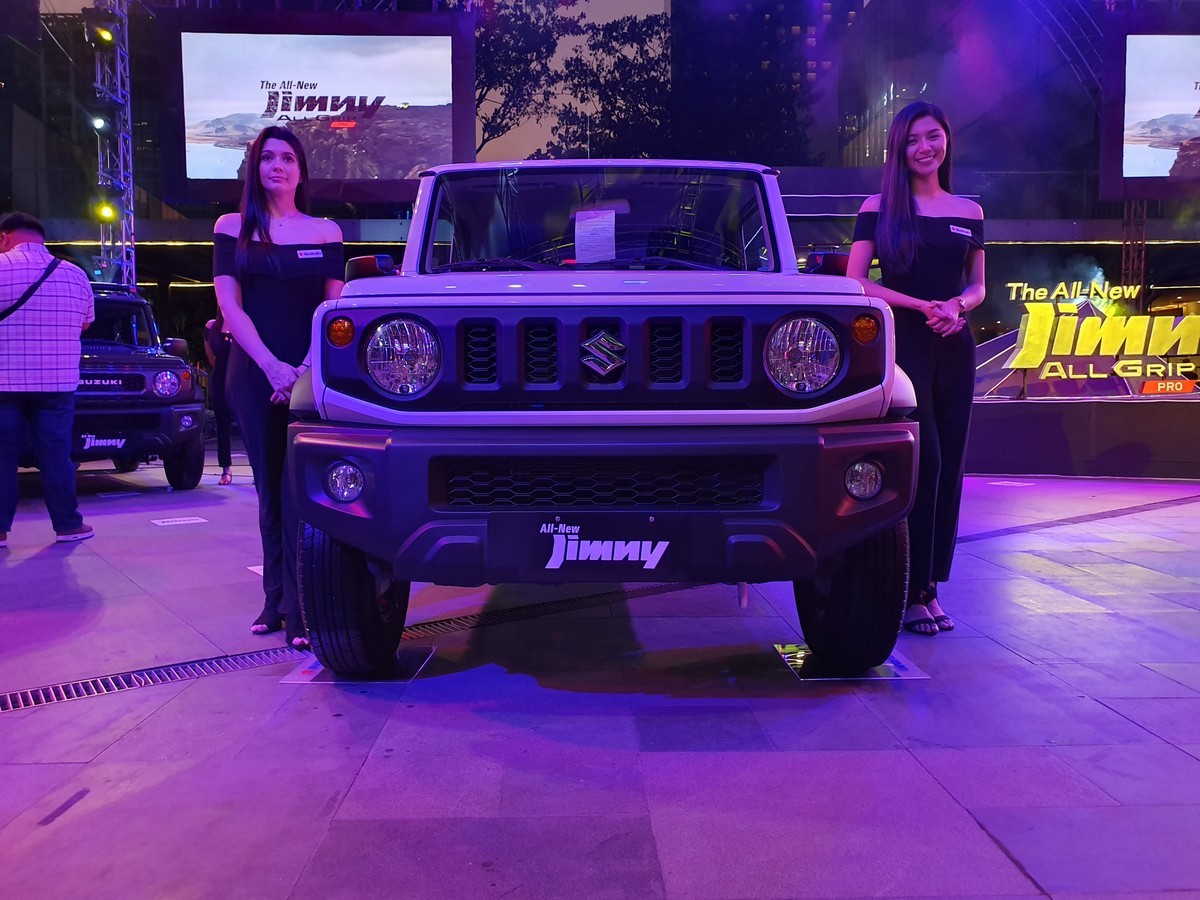 The 2019 Suzuki Jimny is Finally Here!